On Wednesday, Marilyn, Marie, and I visited Funnel Arch. We had tried to go there several years ago, but came to a steep section, supposedly still class 3, which we weren’t certain we could down-climb. This year, we came equipped with a rope, climbing harnesses, and gear for setting up an anchor. Marie did the moves up the tricky section and used a stout tree for an anchor. She gave me a belay, allowing me to climb get past that section safely. I belayed Marilyn and then belayed Marie up and down the route several times so that she could both practice the moves and also transport both her and her Mom’s backpacks to where Marilyn and I were waiting. After our visit to Funnel Arch, Marie rappelled down in order to get more practice with rappelling. After Marilyn and I both rappelled down, she took down the anchor and then down-climbed the route (with me spotting).

I don’t have any photos of this section – we were all to busy with rope management, etc.

Marie and Marilyn at Funnel Arch: 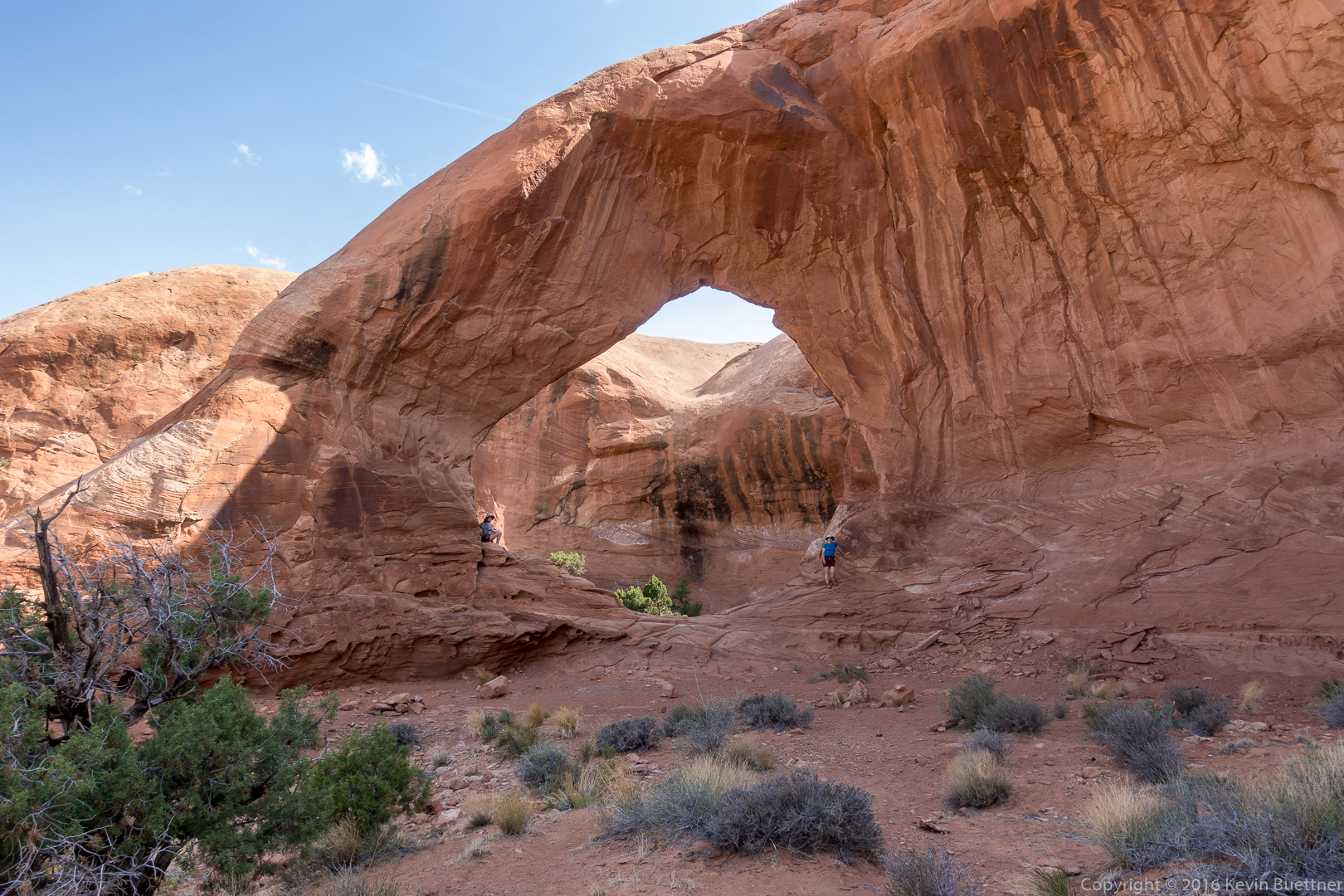 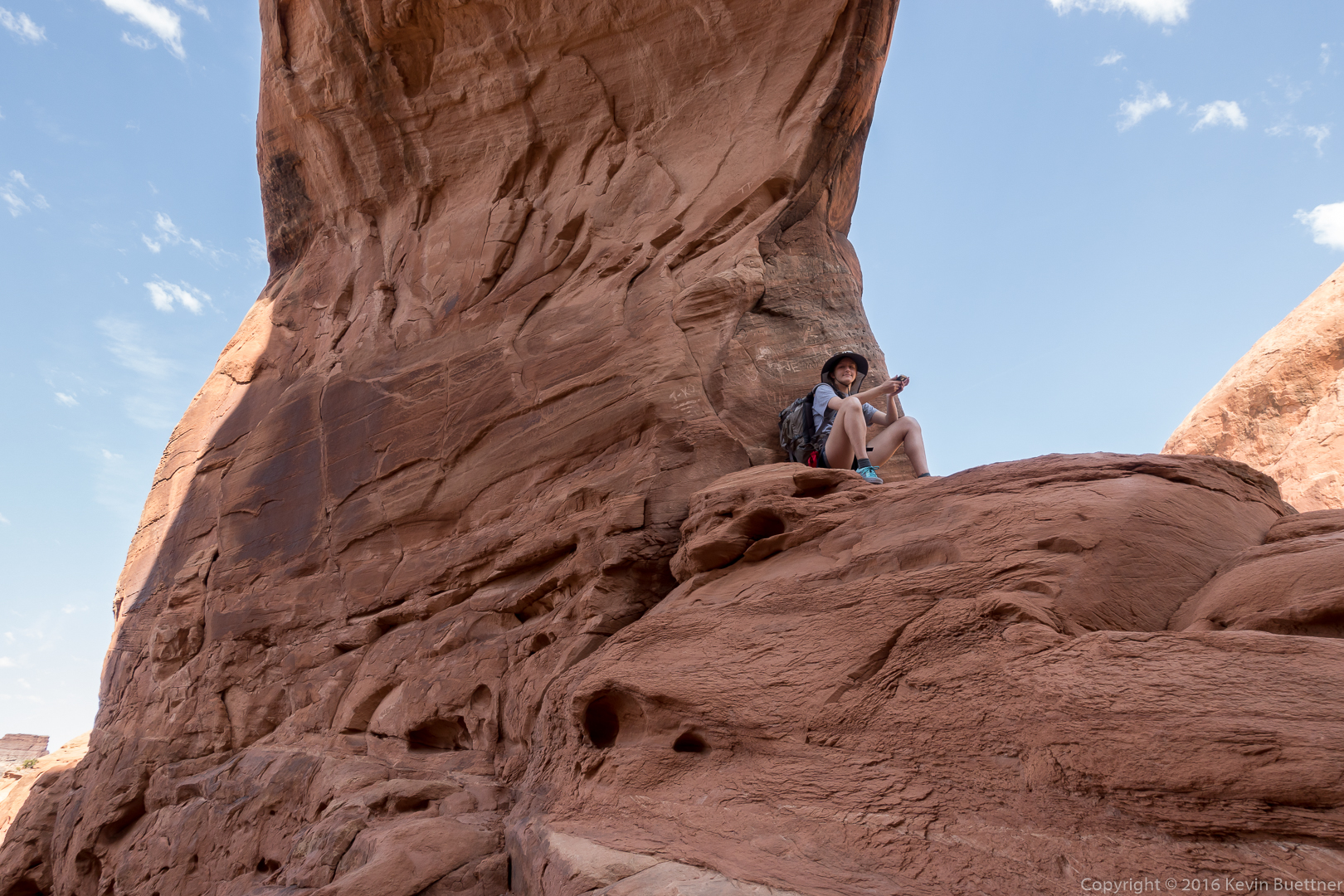 Looking down on the Colorado River and Kane Creek Road: 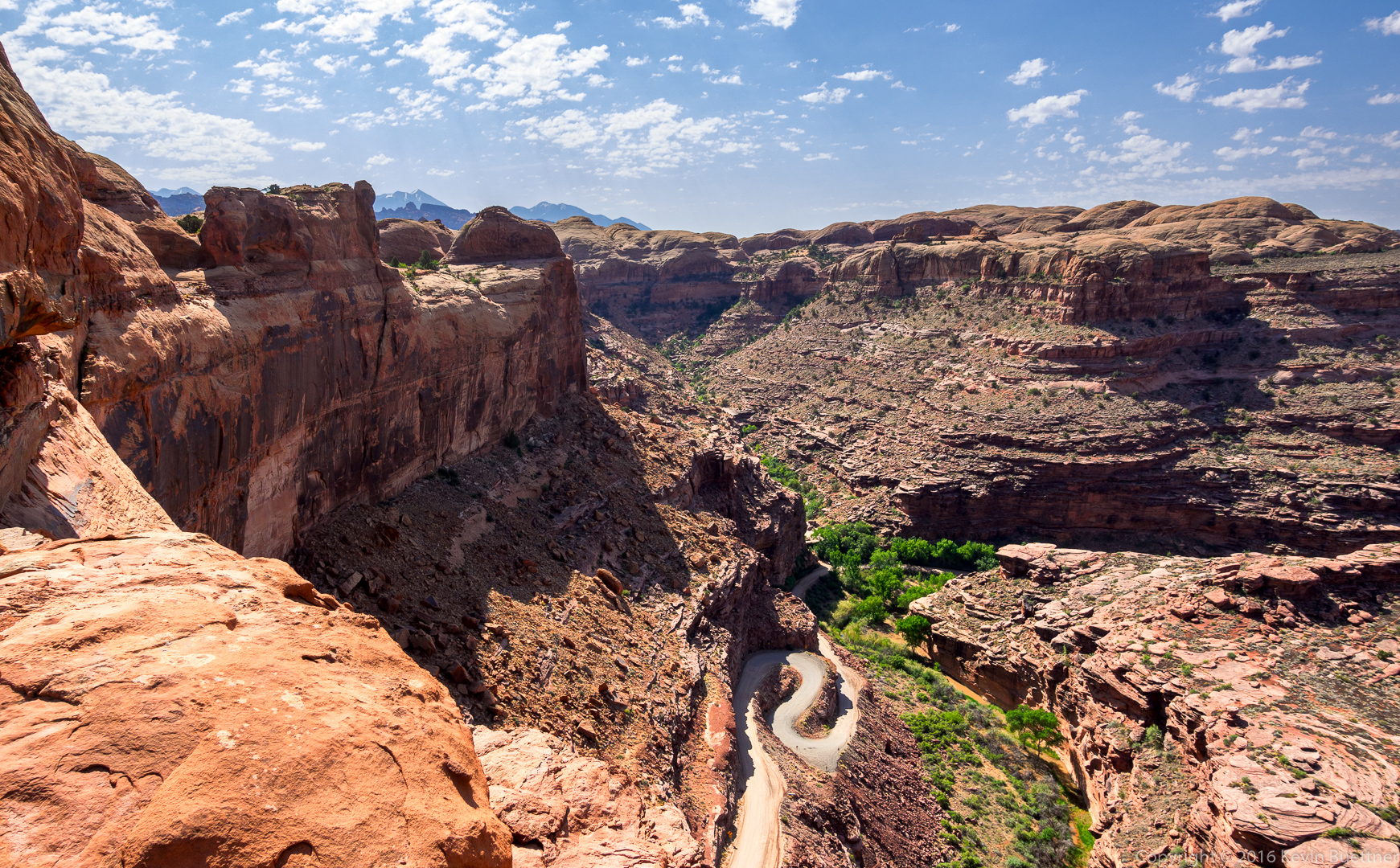 Our car is far below us in this photo. Marie spotted some bolted anchors for rappelling here, but neither she nor Marilyn wanted to descend via these anchors. I’m not certain that our rope would have reached to the bottom anyway – we would probably need two ropes to get down via these anchors. 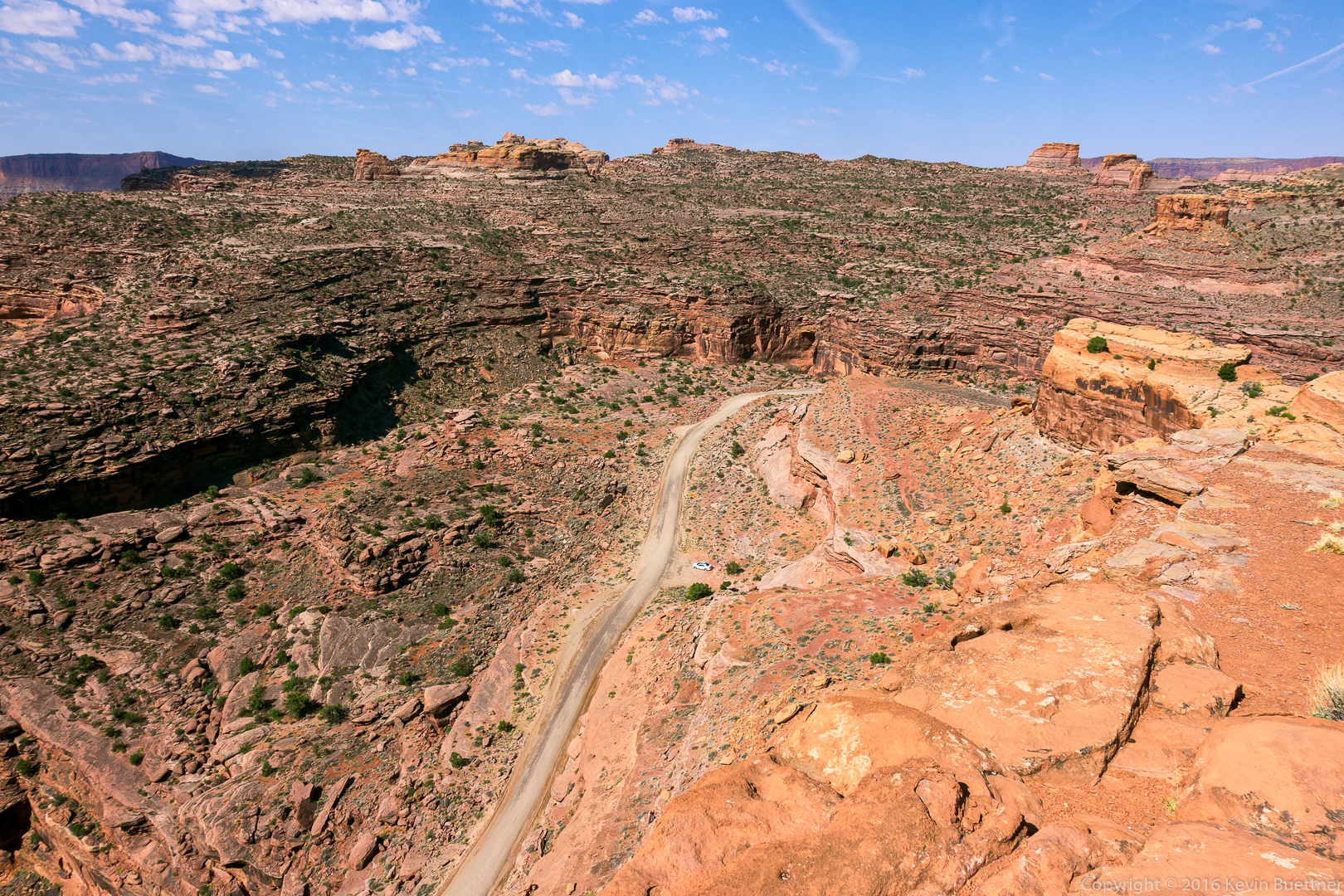 Somewhat beyond the arch, I noticed a fin blocking our view of what was beyond. I scrambled up a low part of the fin to see what was on the other side. I have read that a climb up the arch – or perhaps the fin that I saw – can be used as a gateway to the “Behind the Rocks” area. This looks like a fun area to explore. 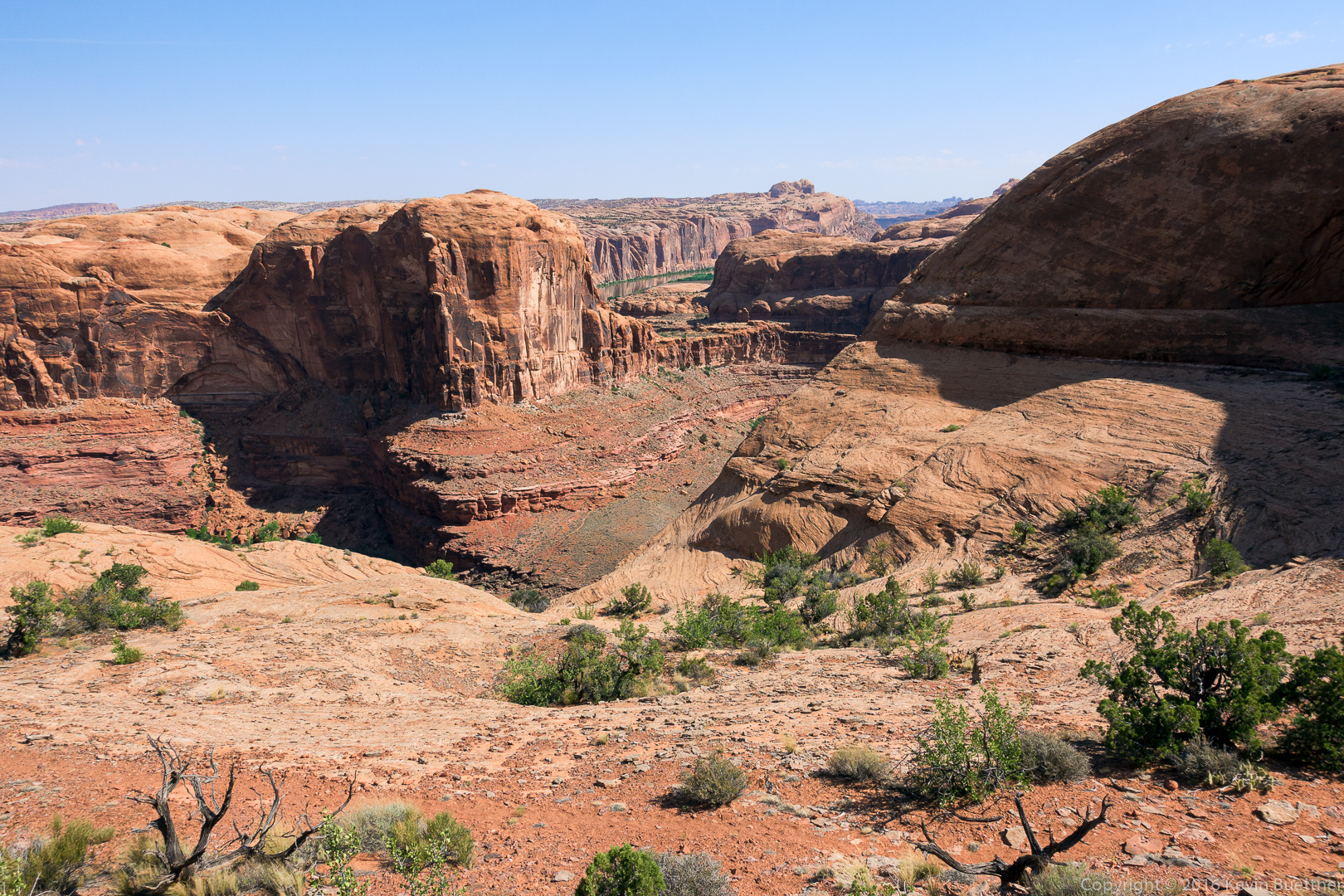 On my way back to where Marilyn and Marie were waiting, I got this photo of the other side of Funnel Arch: 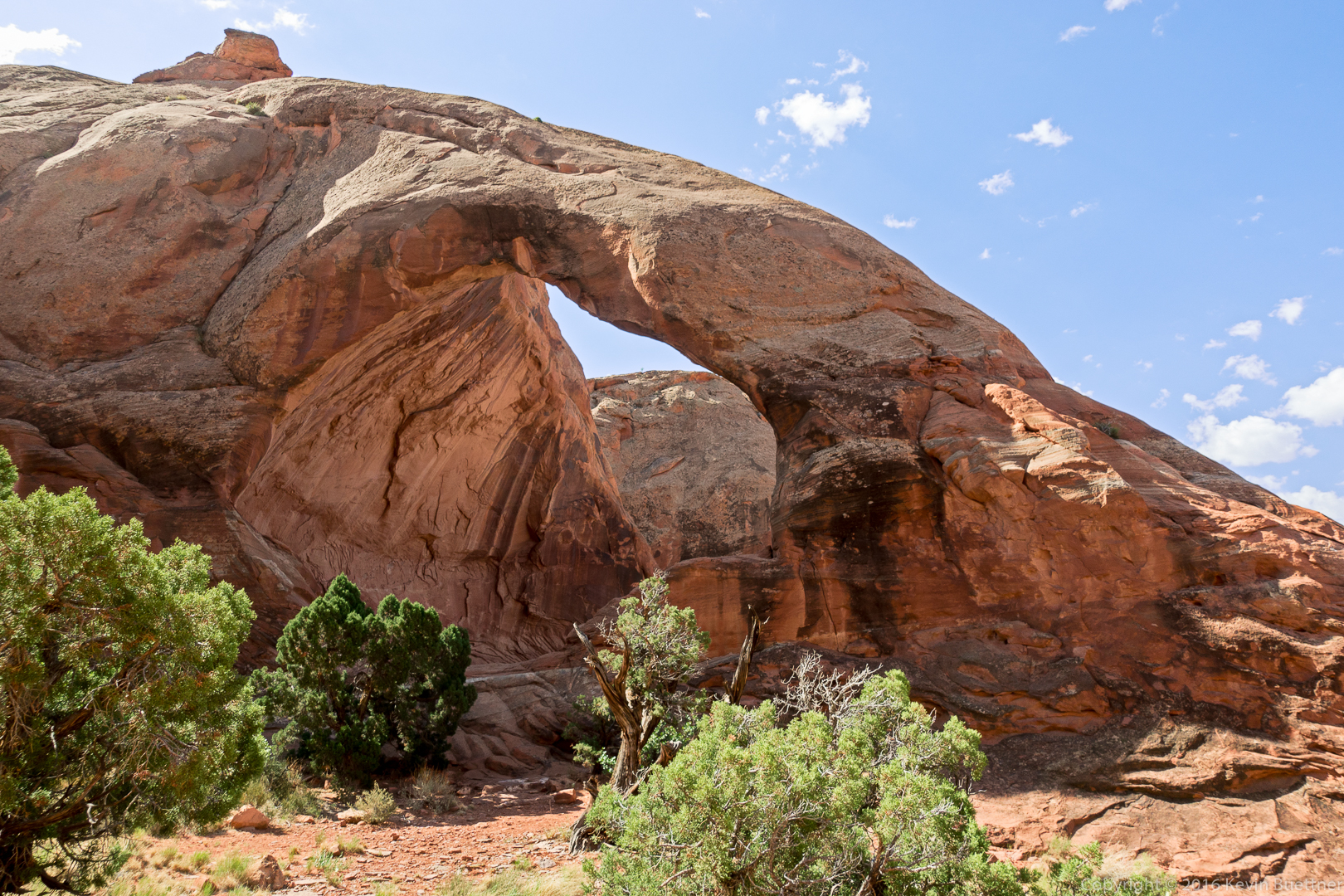