Heather, Leslie, Doug, Mike, and I hiked a 12.1 mile loop starting from (and finishing at) the Horse Staging Area.  We made our way over to the Pemberton by hiking part of the Technical Loop, a service road, Stoneman Wash, and one of its feeders.  Pemberton took us up to Dixie Mine which took us down to the South Wash.  The bulk of our hike was down the South Wash.  We returned via the latter part of the Long Loop in the Competitive track area. It rained early in the hike, but then became occasionally sunny later on.  We saw several owls along the way, but I didn’t manage to get photos of any of them.

A view from the parking lot, prior to starting: 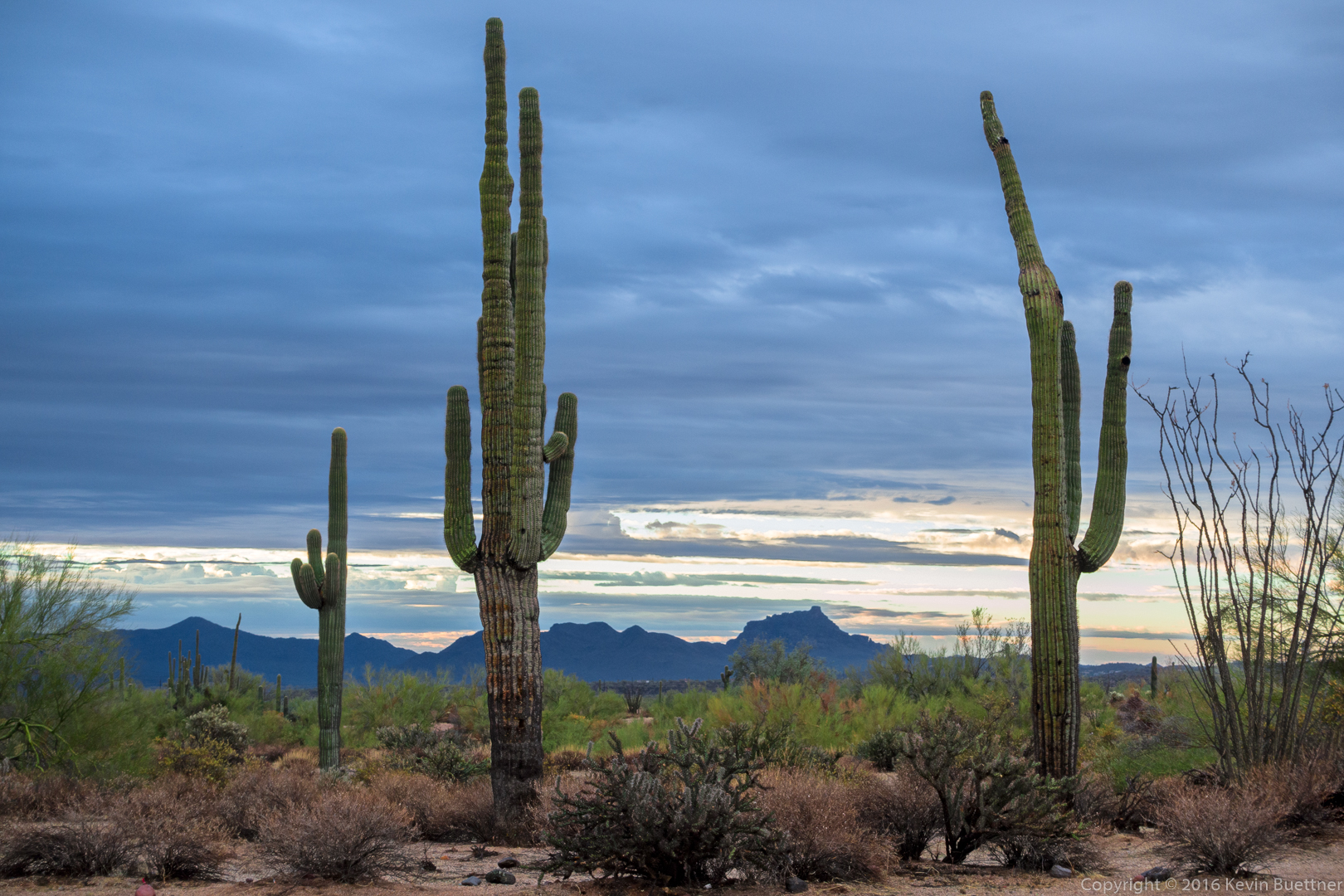 Kevin, Heather, Leslie, Doug, and Mike – we’re standing in front of a water tank which was used back when the area was a ranch.  There is also a corral and a watering trough nearby. (I used Topaz Impression to give this one more of a painted look.) 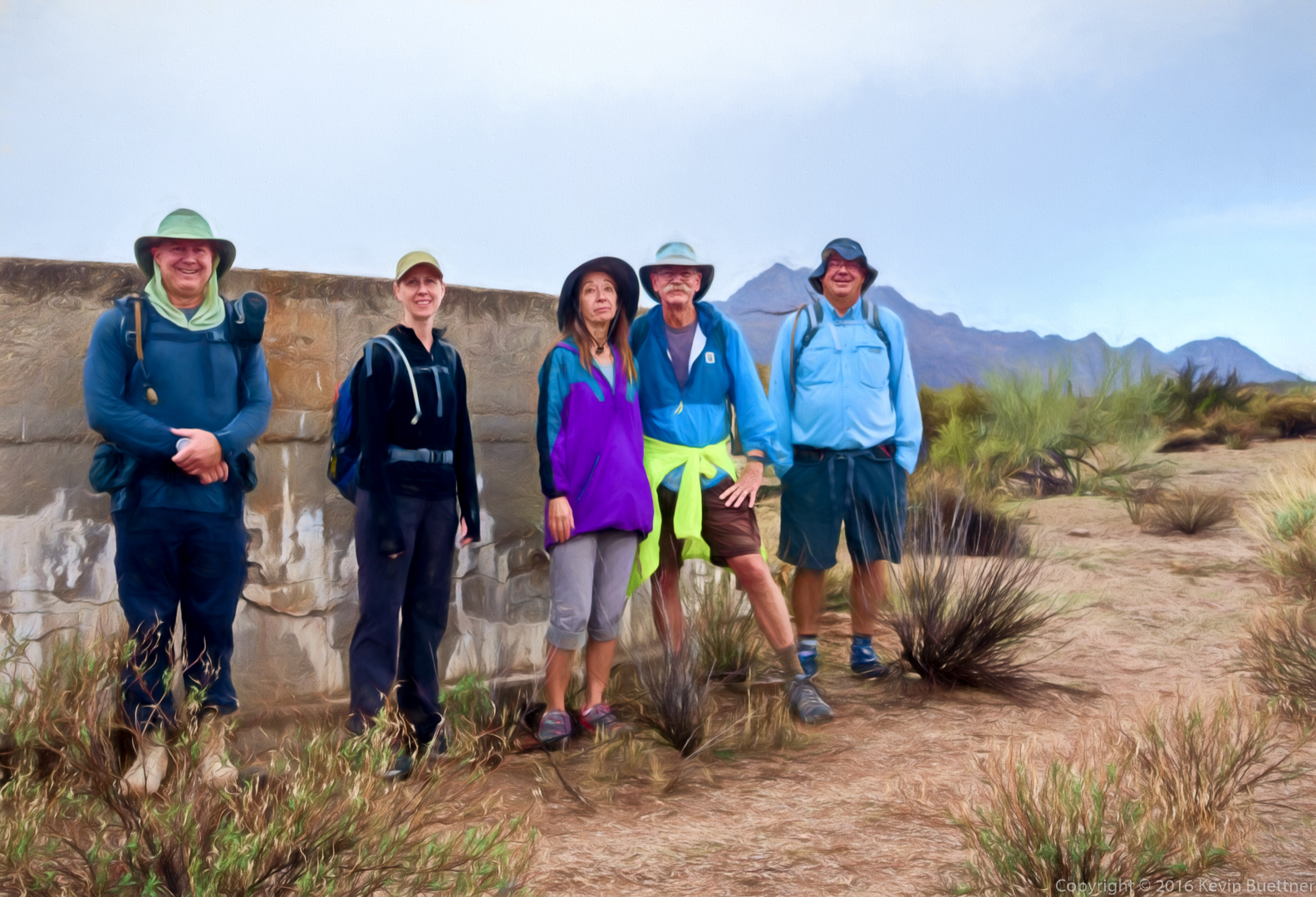 Photos of the South Wash… 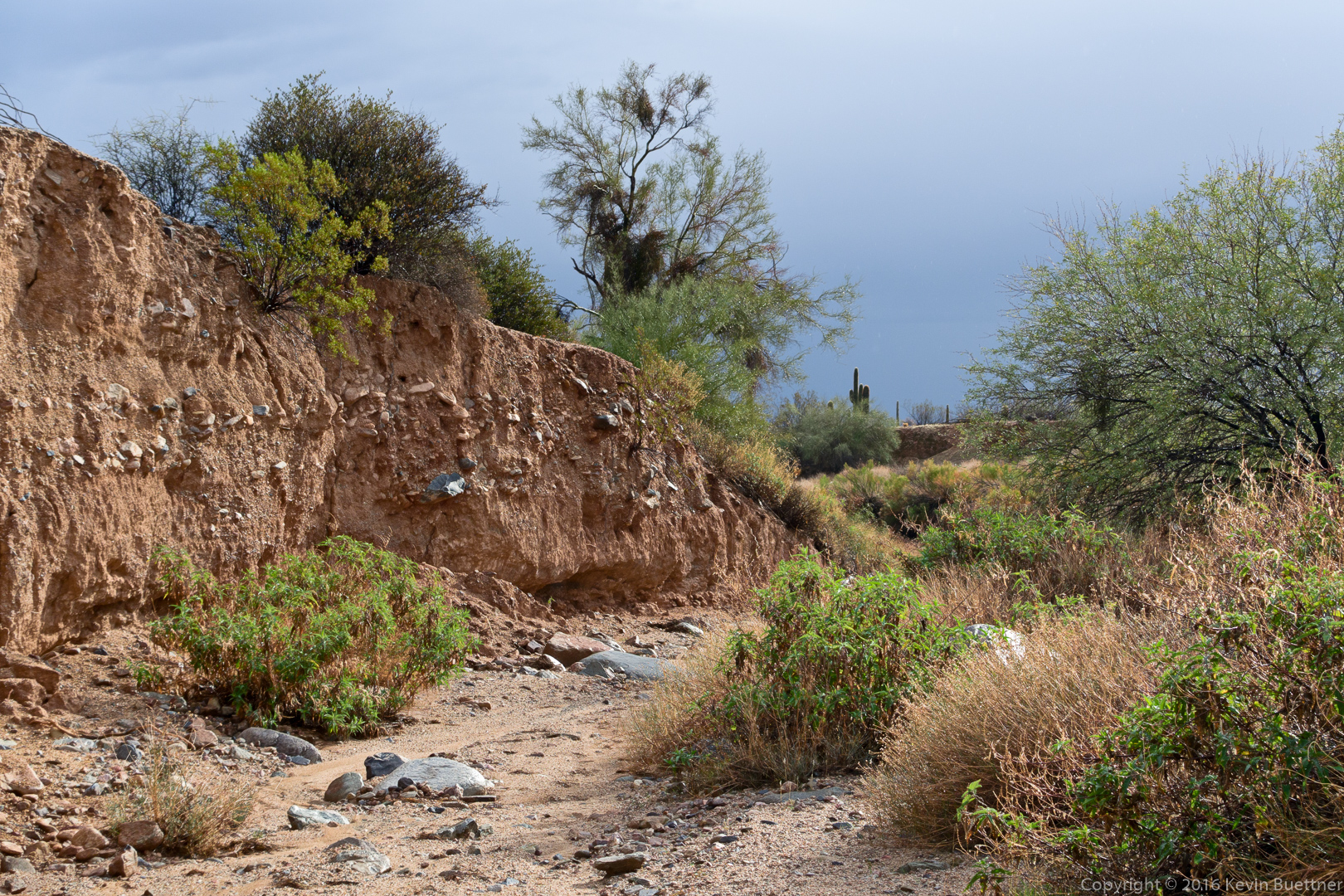 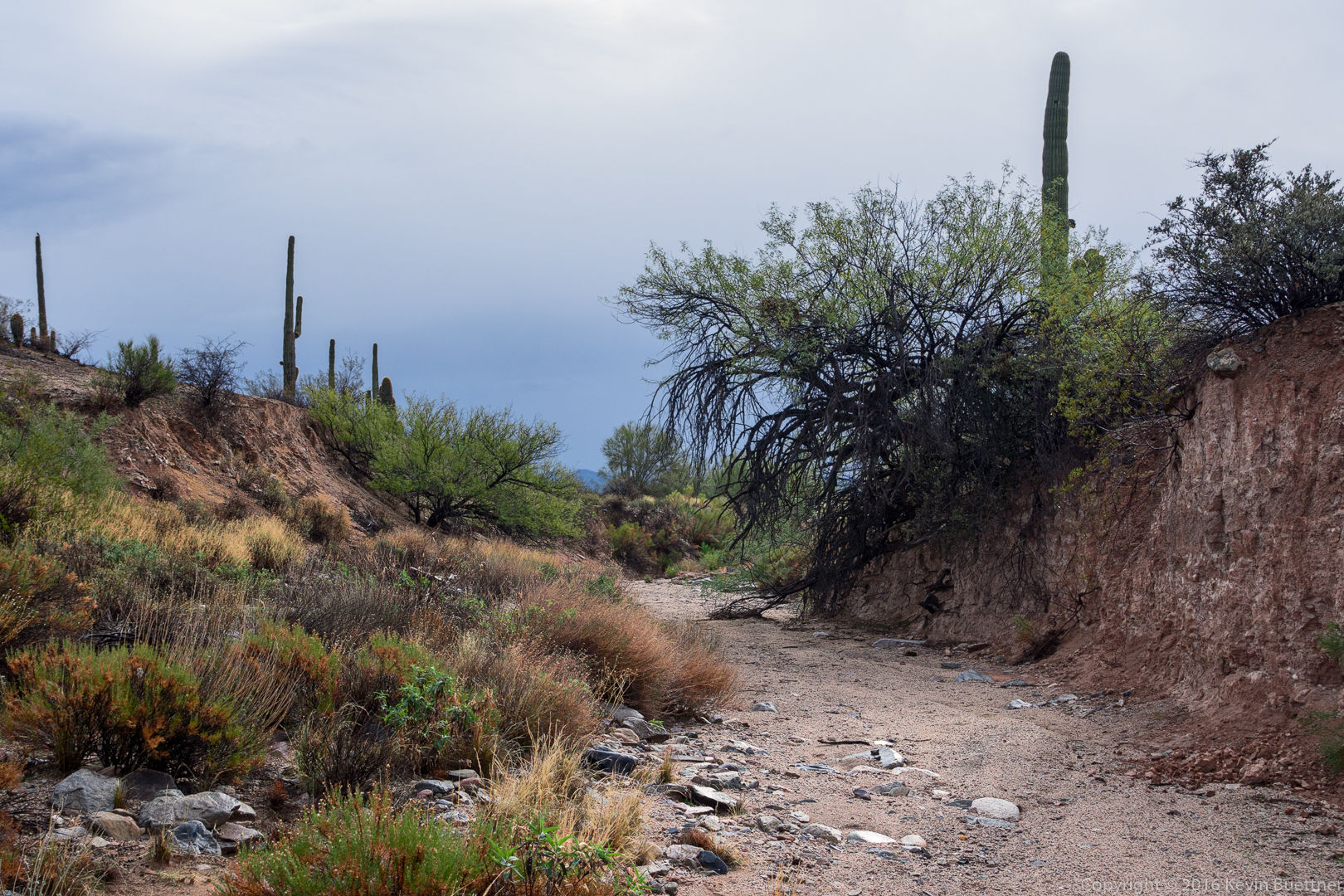 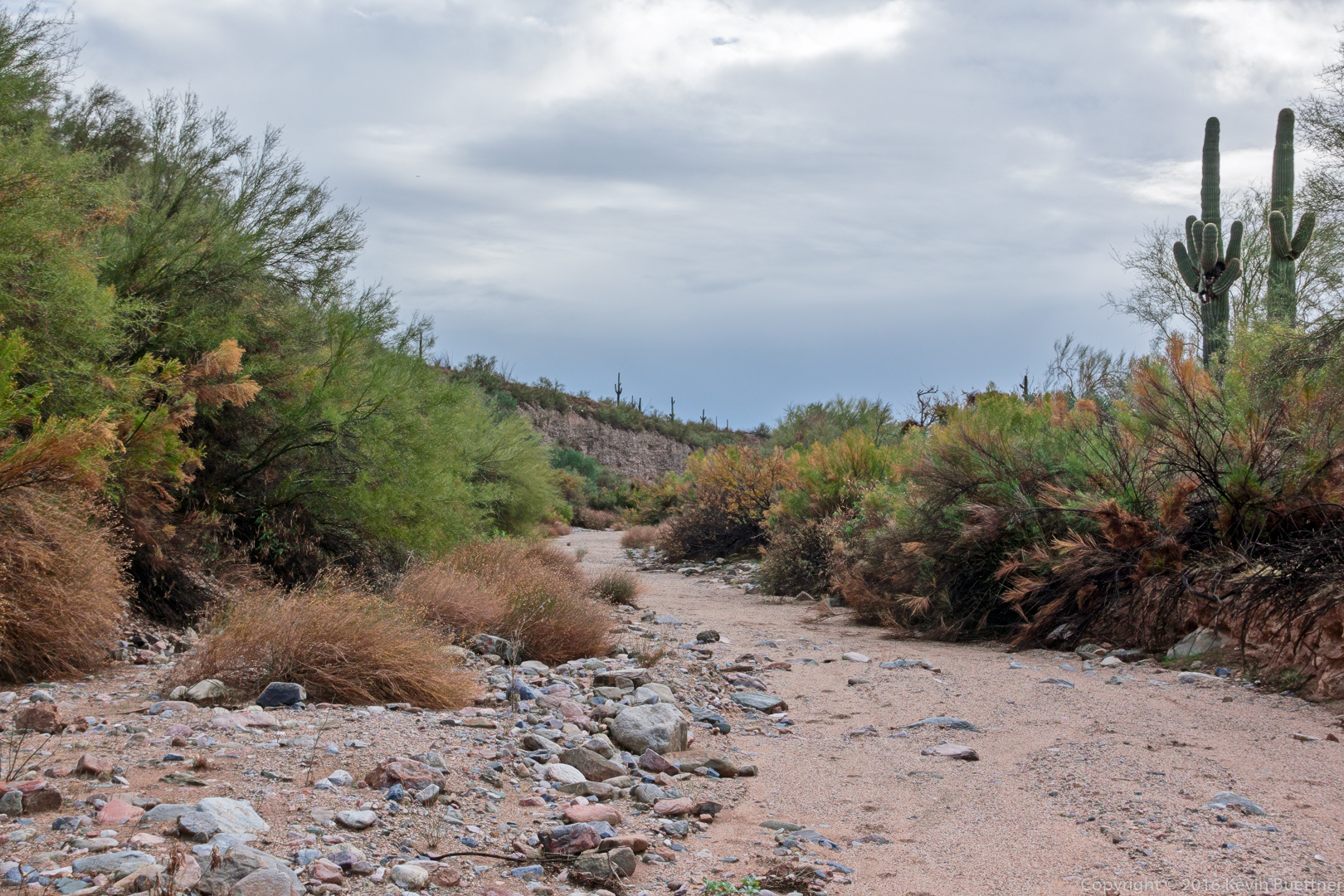 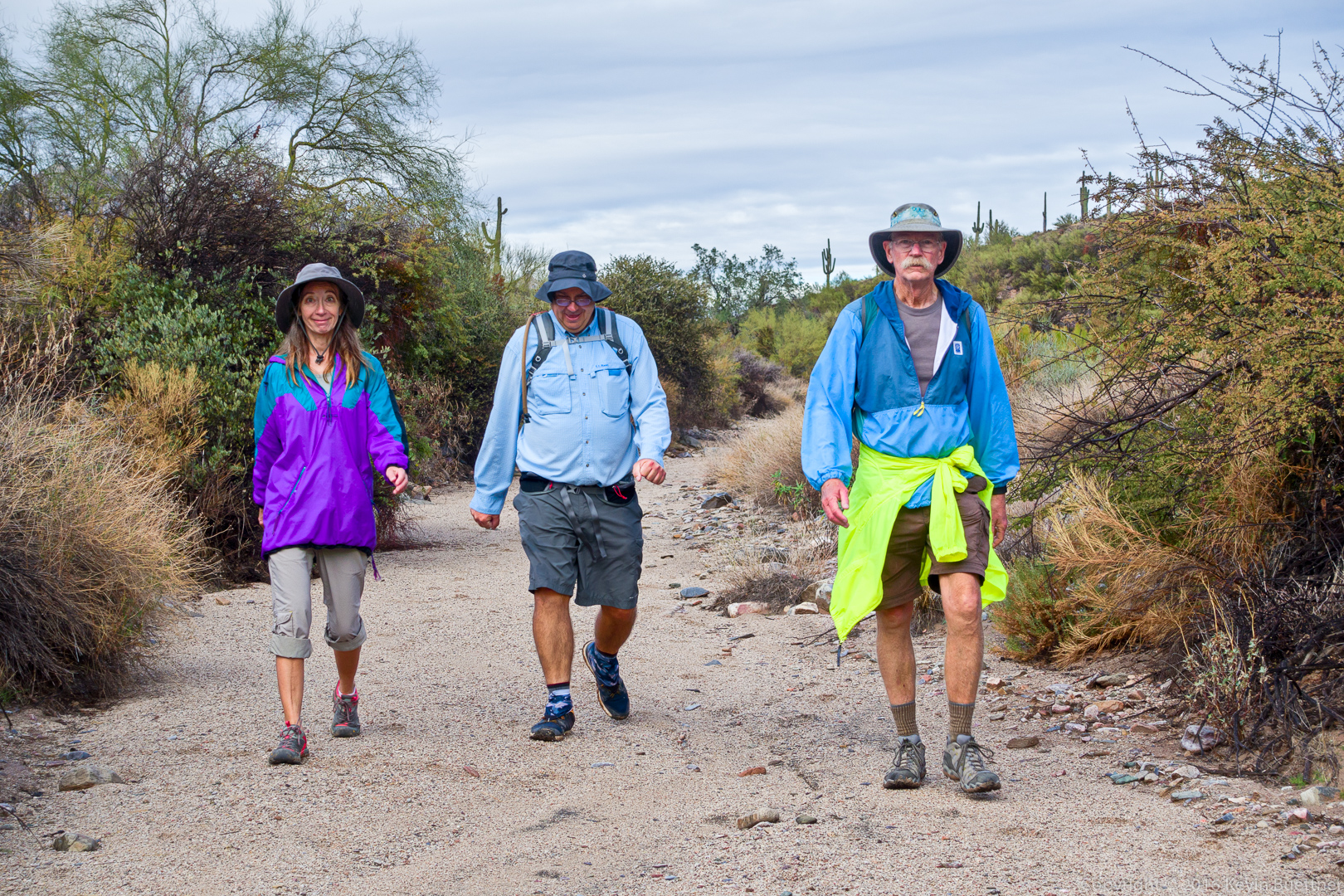 I think this is still part of the South Wash. At this point, we had joined another prominent fork of the wash and it became wider still. This photo is looking back “upstream” at the other fork of the wash. 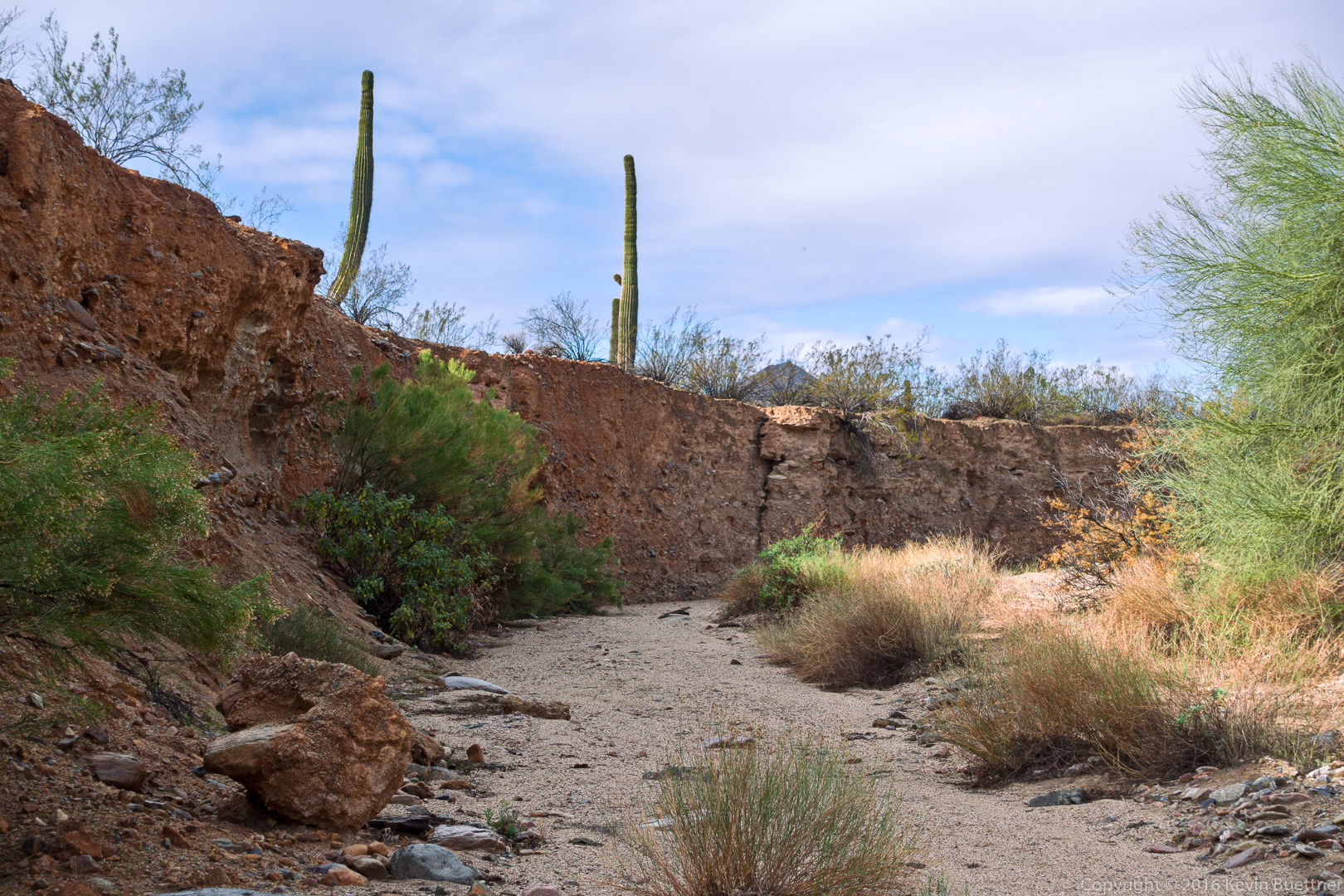 A view of Red Mountain through a gap in the trees: 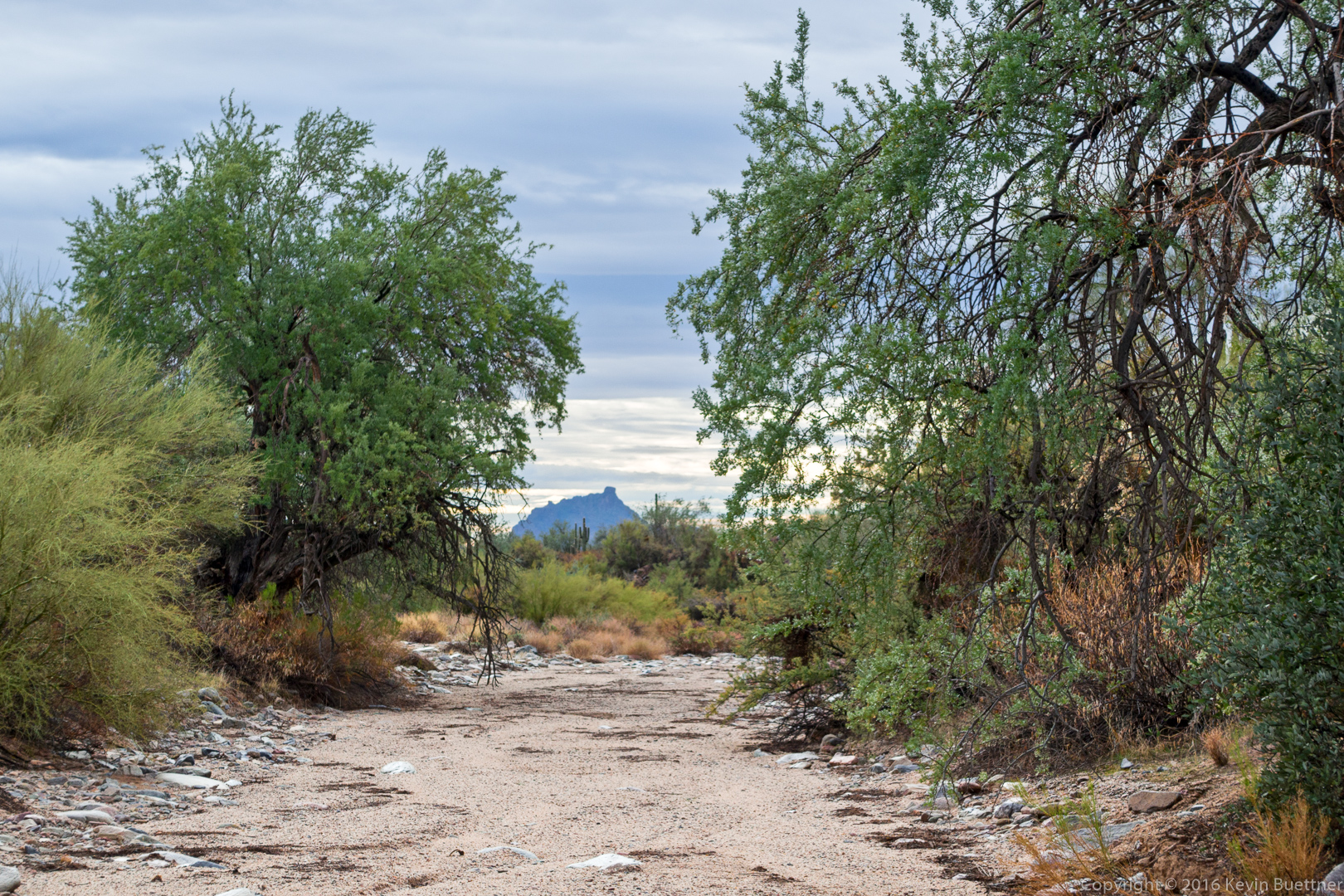 A phainopepla (bird) in a palo verde tree: 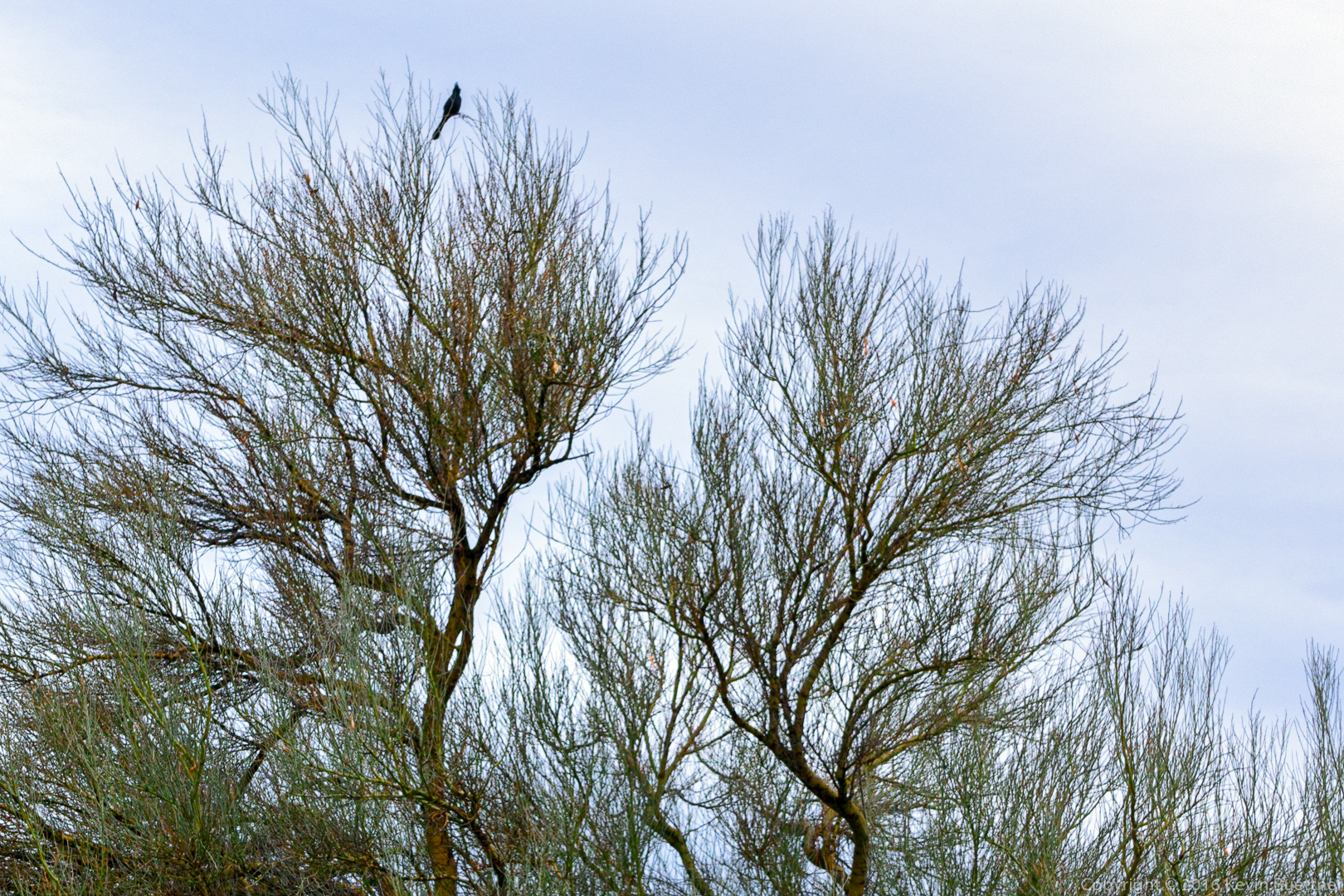 Views of the McDowells from the Long Loop… 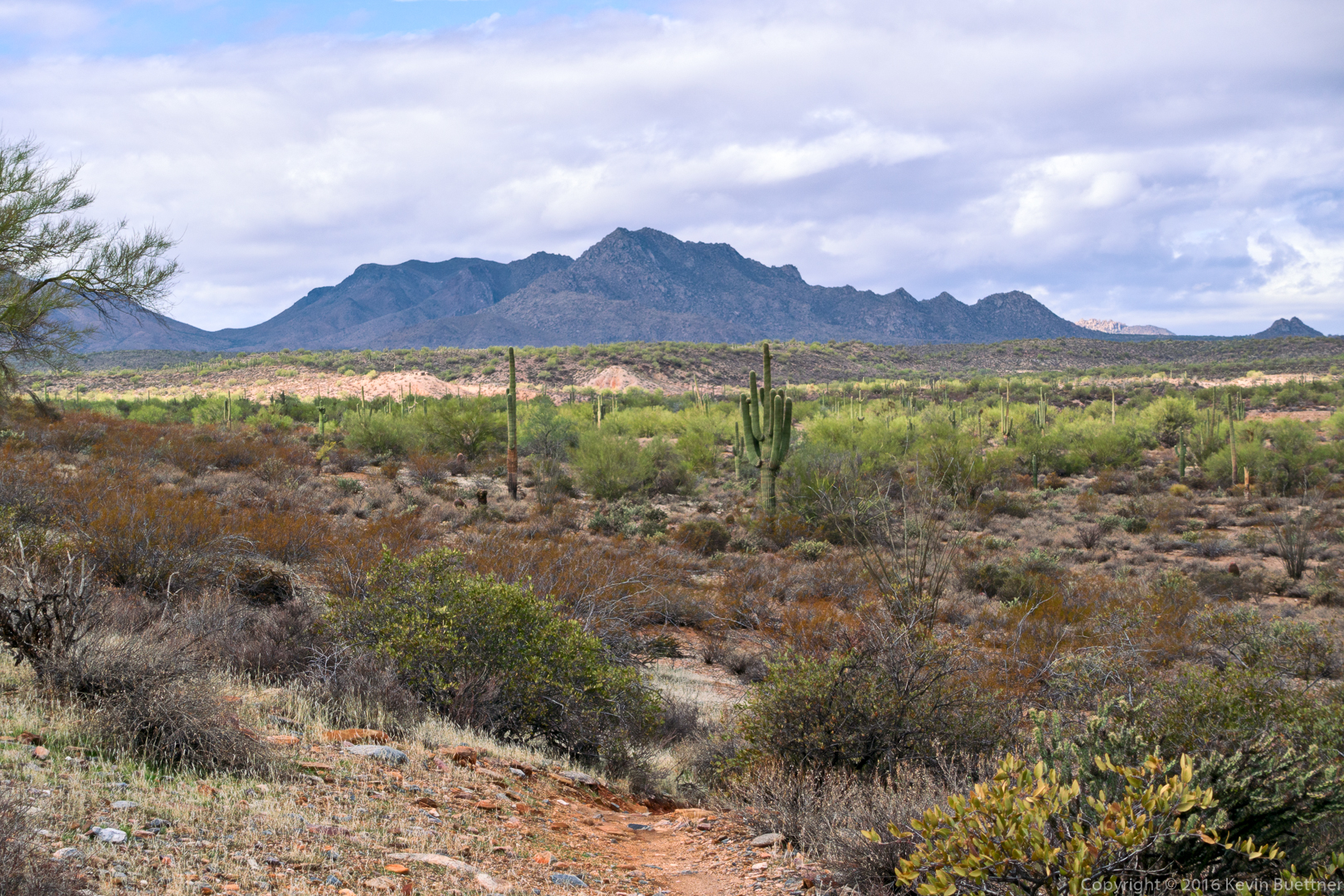 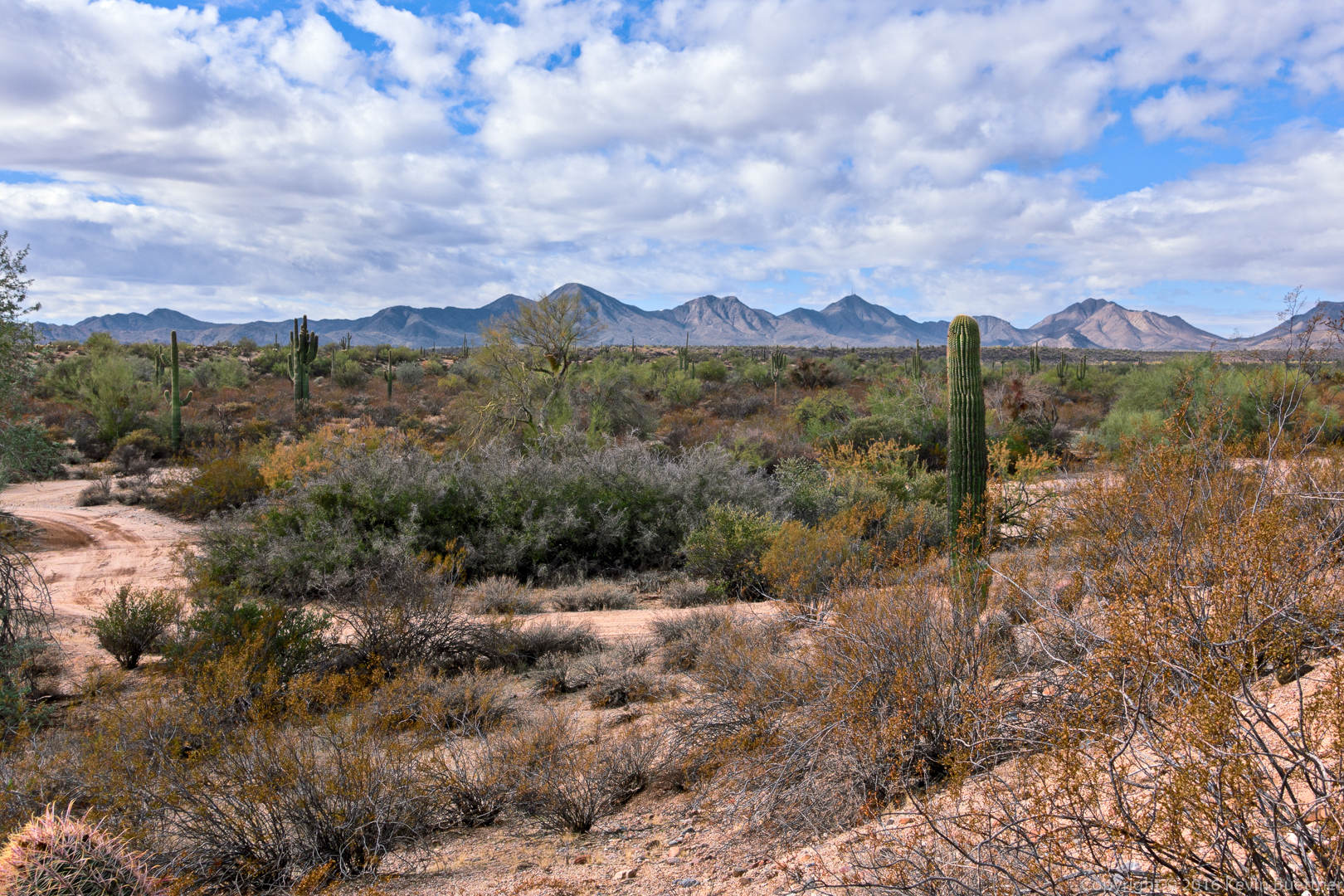