Bob and I hiked a little over 12 miles with 2100 feet of elevation gain starting from the Dixie Mine Trailhead at the end of Golden Eagle Blvd. We hiked Dixie Mine to Coachwhip, Coachwhip to Windmill, Windmill to Bell Pass, and Bell Pass to Prospector. As we were descending Prospector, we hiked up an old road leading to a prominent ridge. When we got to the end of the road, we continued following an lesser used trail to the summit. When we returned to Prospector, we hiked back to the service road, then down the road to the Dixie Mine Trail, which lead us back.

This is an early morning view as we hiked through Eagle’s Nest, a gated community which is in between the parking area and the actual start of the Dixie Mine Trail. I normally try to avoid pictures of sidewalks and roads, but I thought the clouds and the golden mountains in the distance made for a good picture. 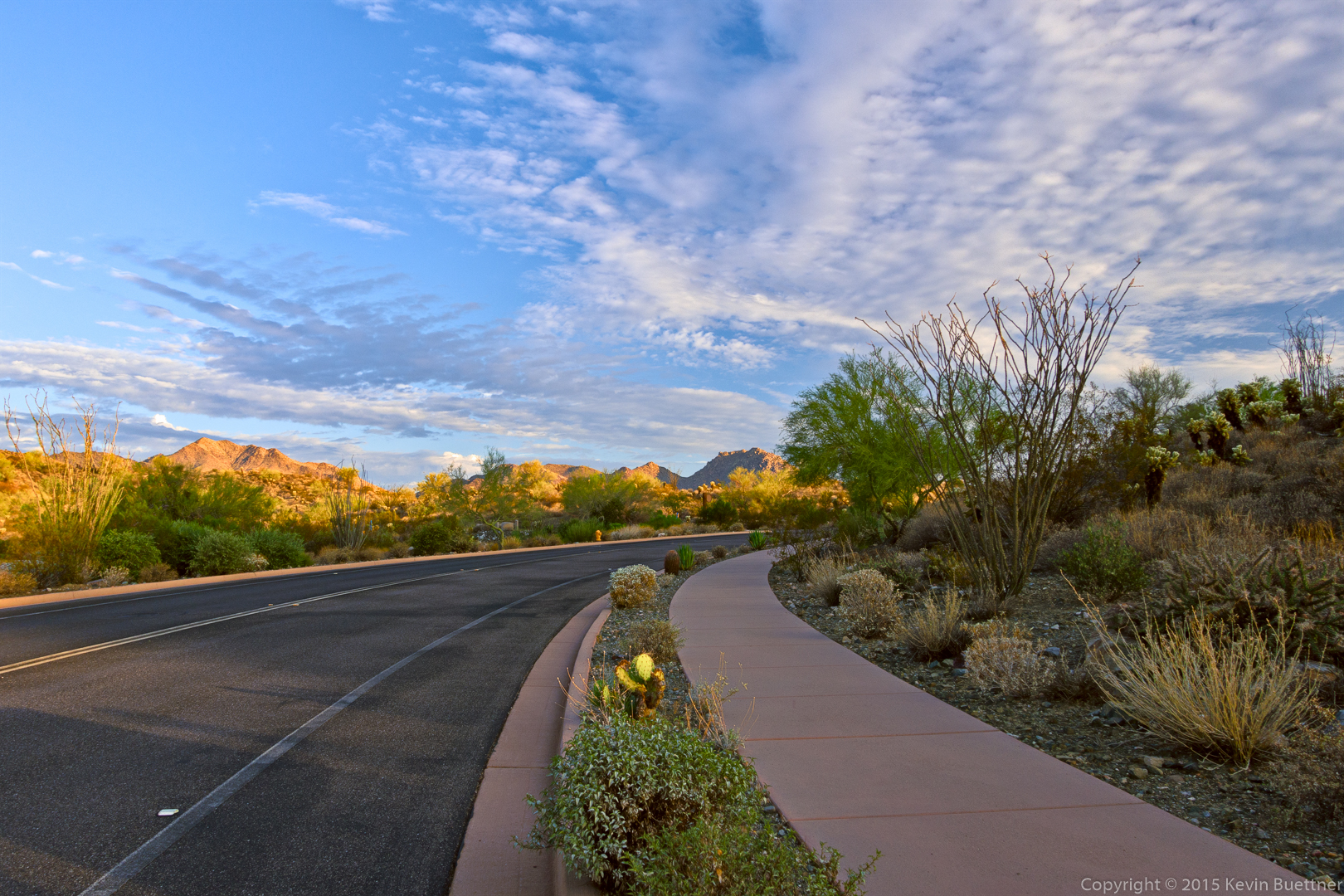 A view of the McDowells from the Dixie Mine Trail. 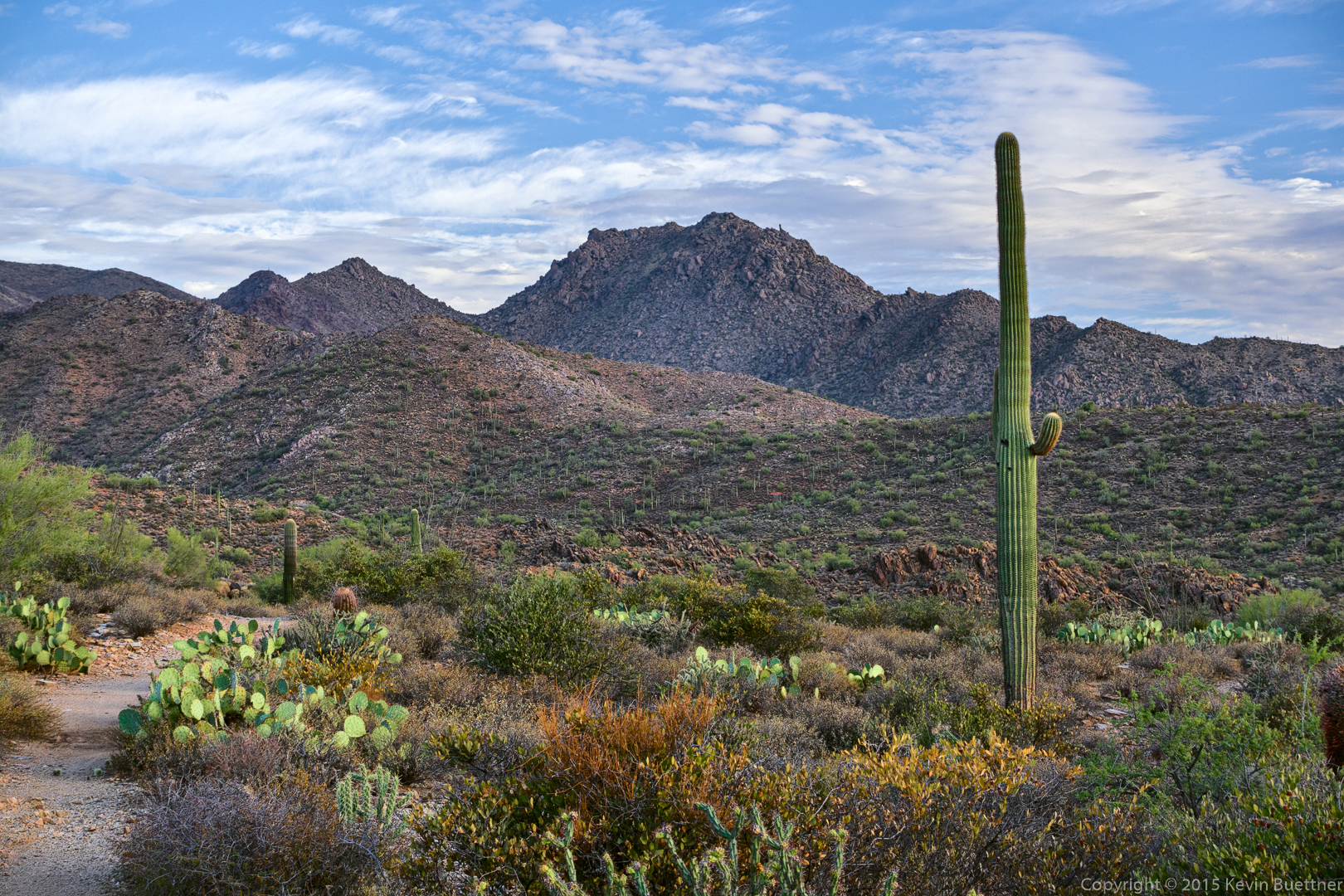 Prickly Pear on the Coachwhip Trail: 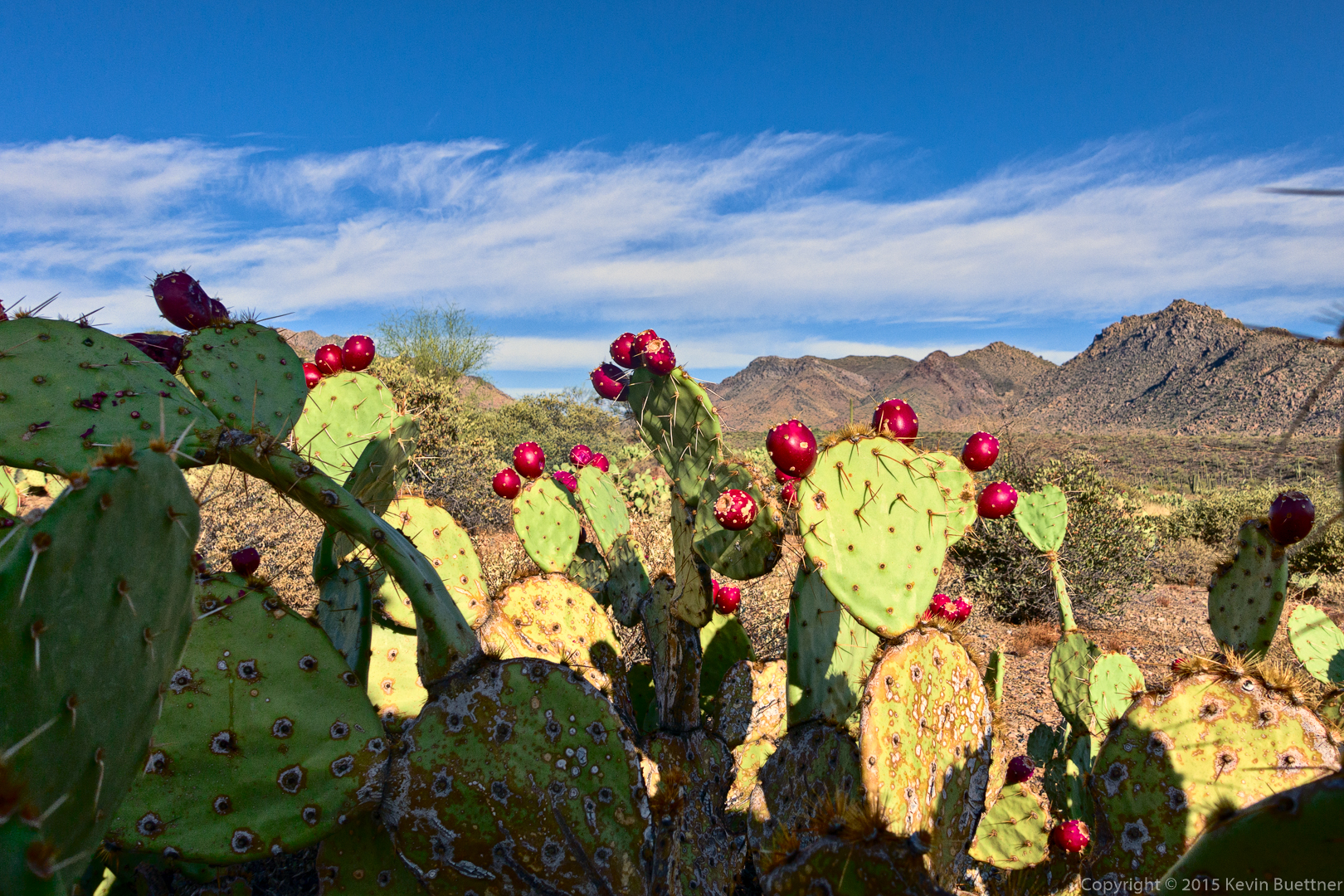 Bob saw this rattlesnake on the Bell Pass Trail. I walked right by it without seeing it! 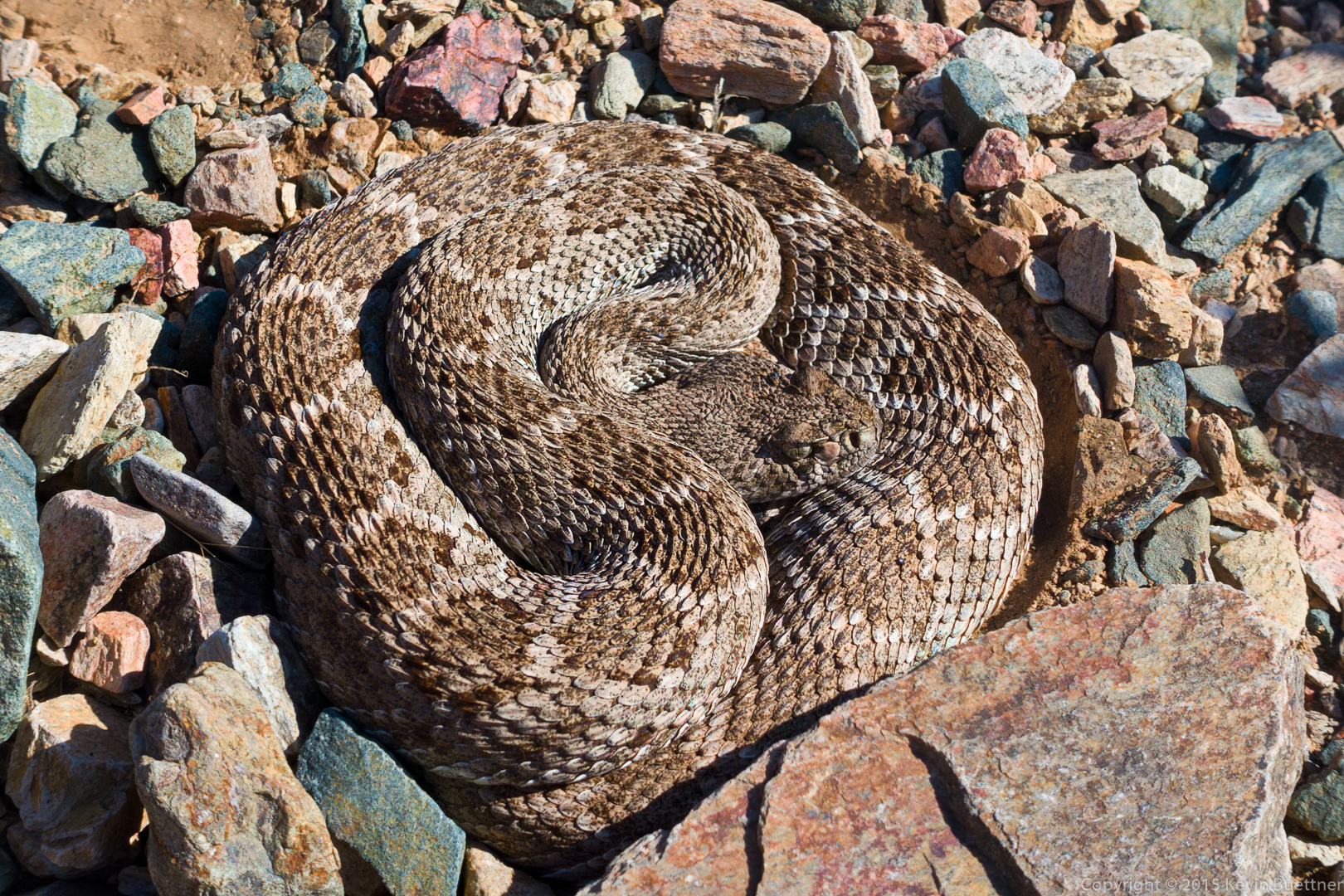 Our photography eventually woke it up… 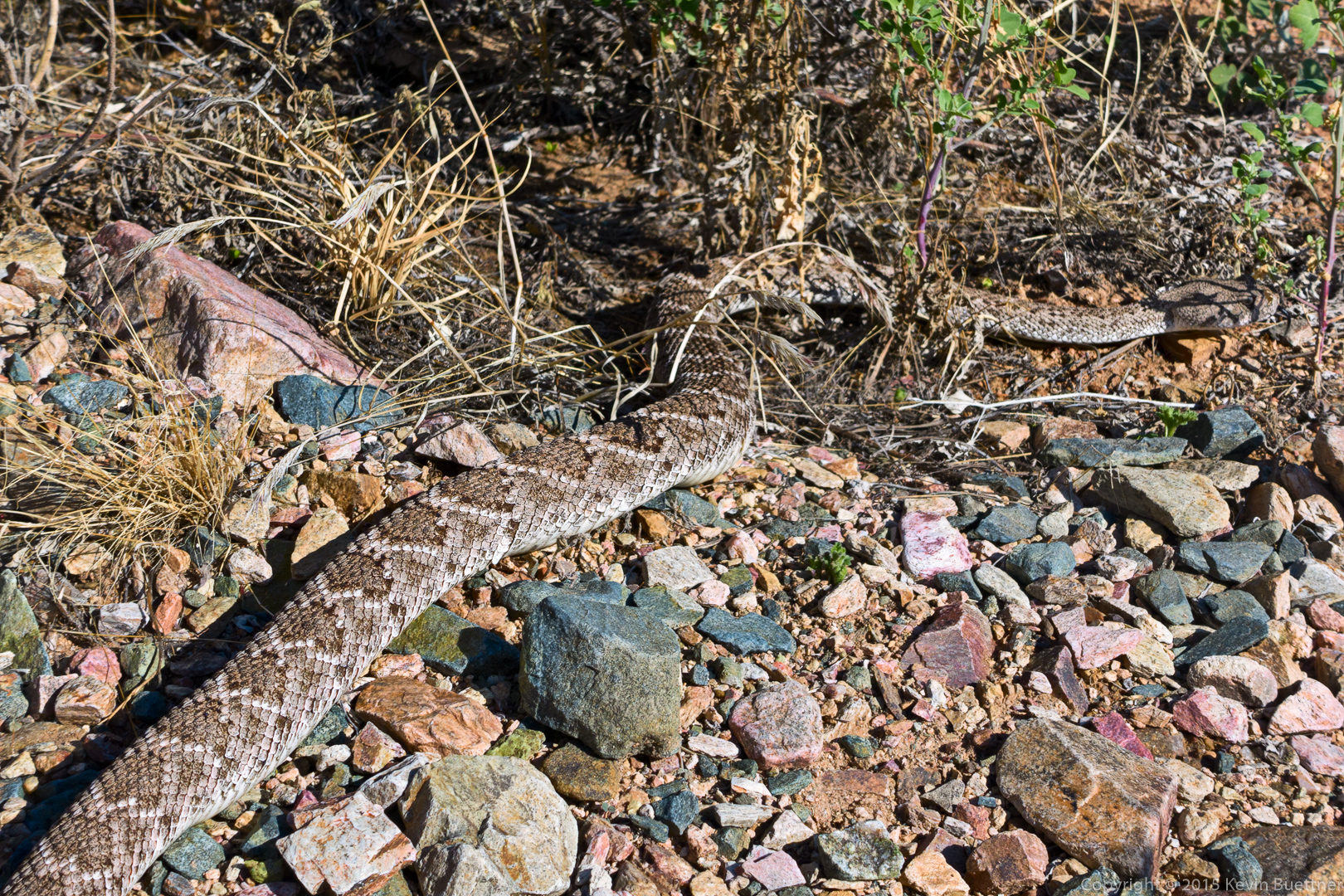 Bob, on our way back from our side trip to the top of one of the ridges. 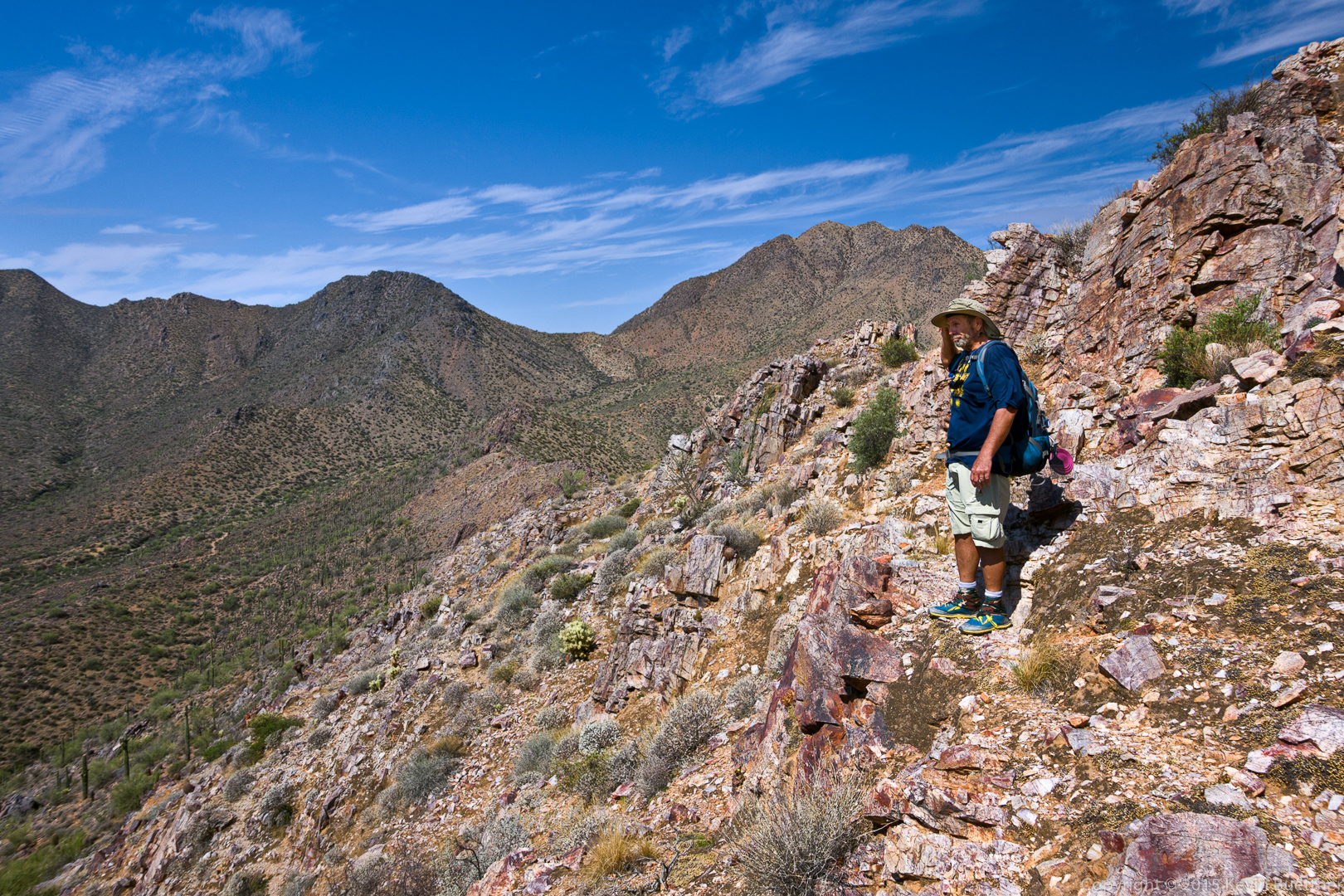 I saw these small cacti growing out of the rock at the top of the ridge. 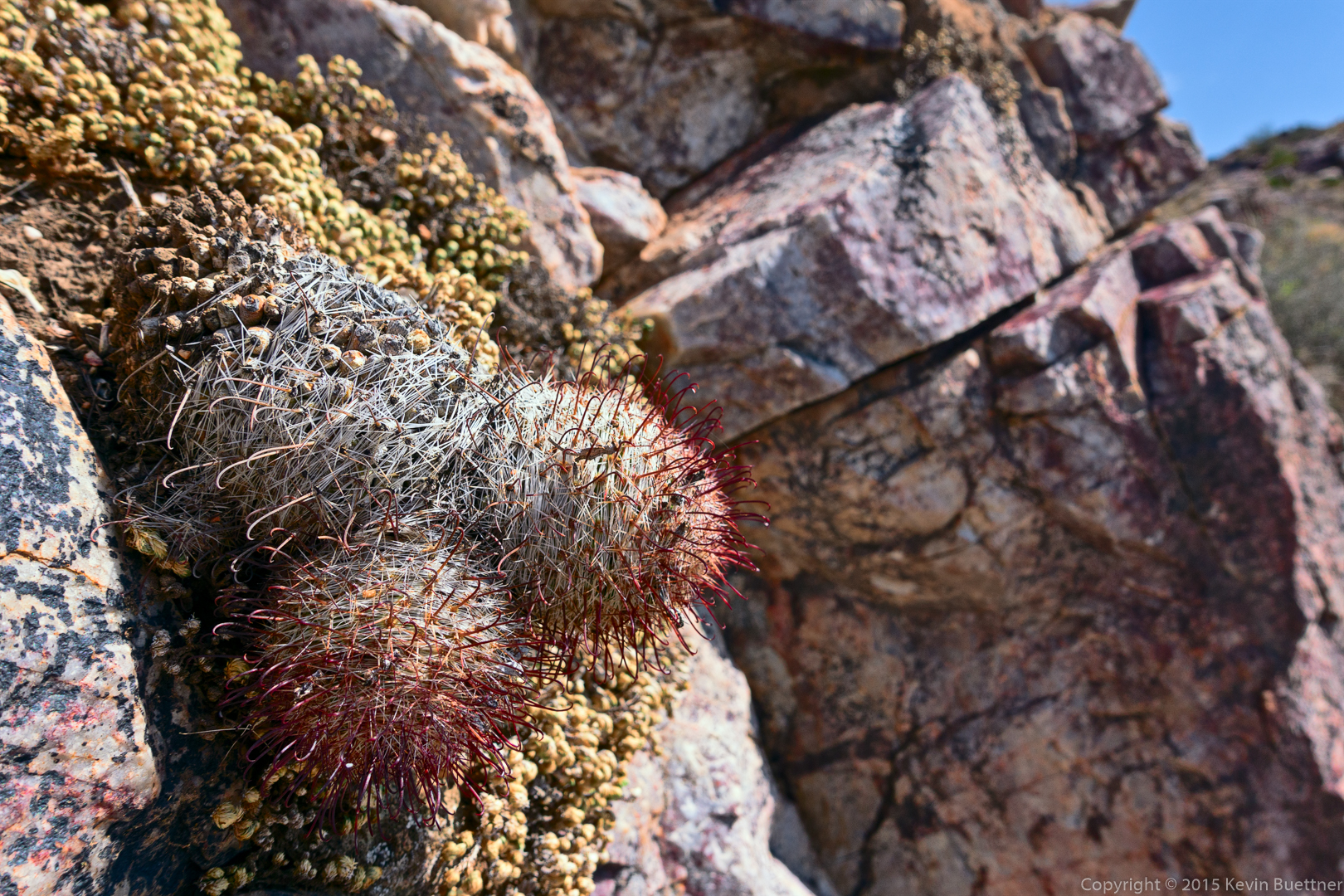 We also saw this small but healthy ocotillo atop the ridge.  It doesn’t seem to me that it would get enough water atop the ridge, yet somehow it’s remarkably green! 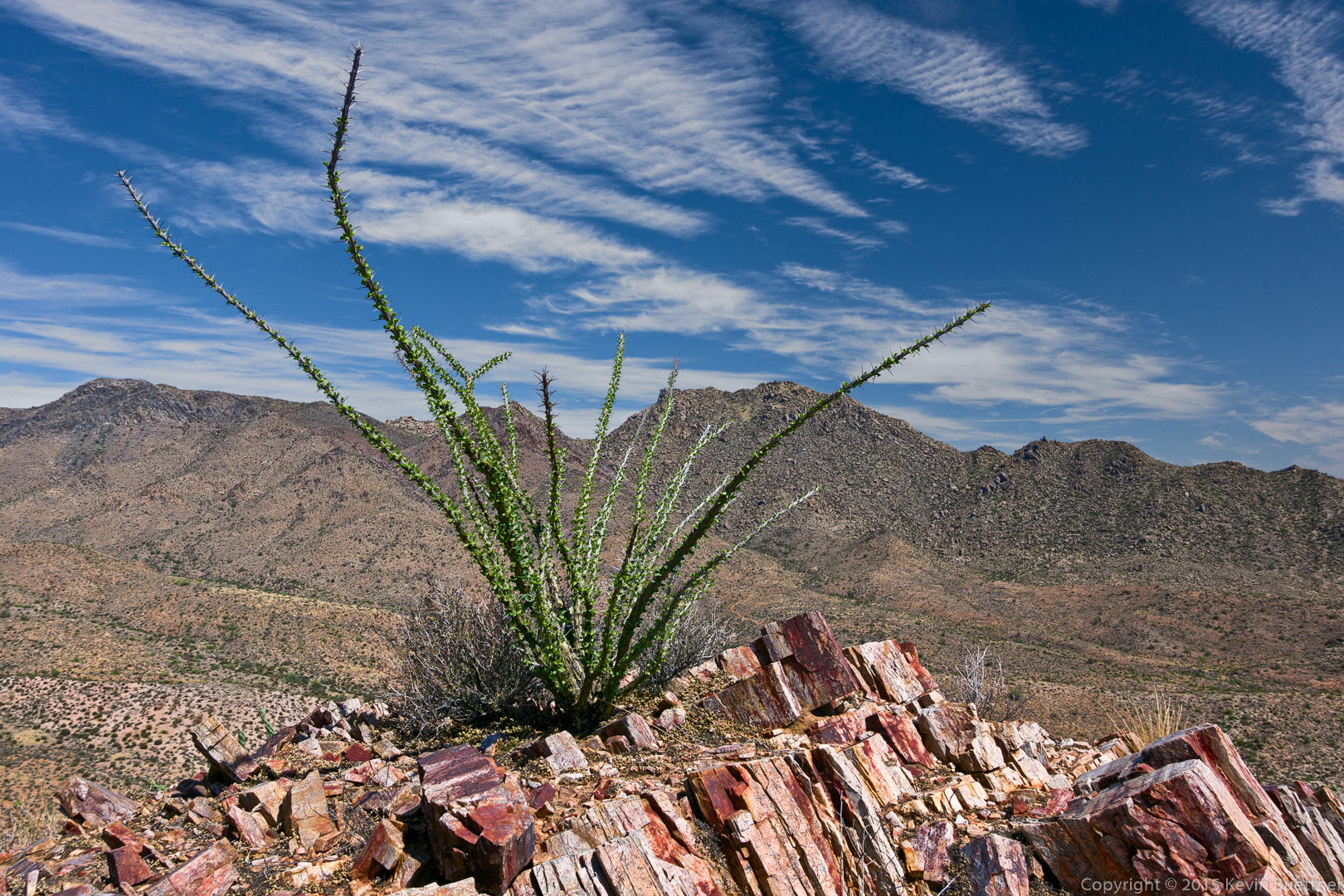 This is a view from the Prospector Trail of the ridge that we had summited. We were definitely not the first to visit the top of that ridge – we saw a folding chair at the top. 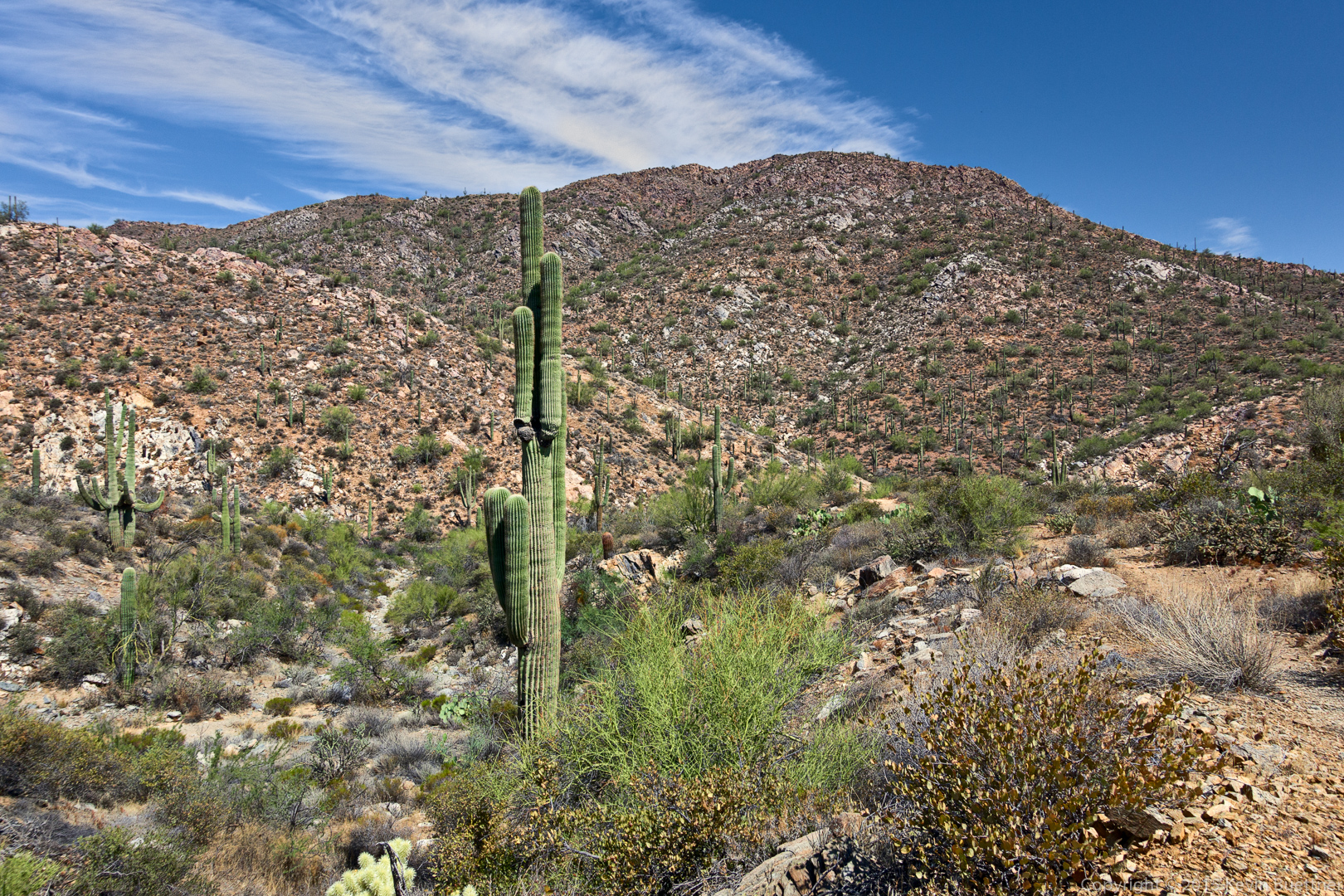 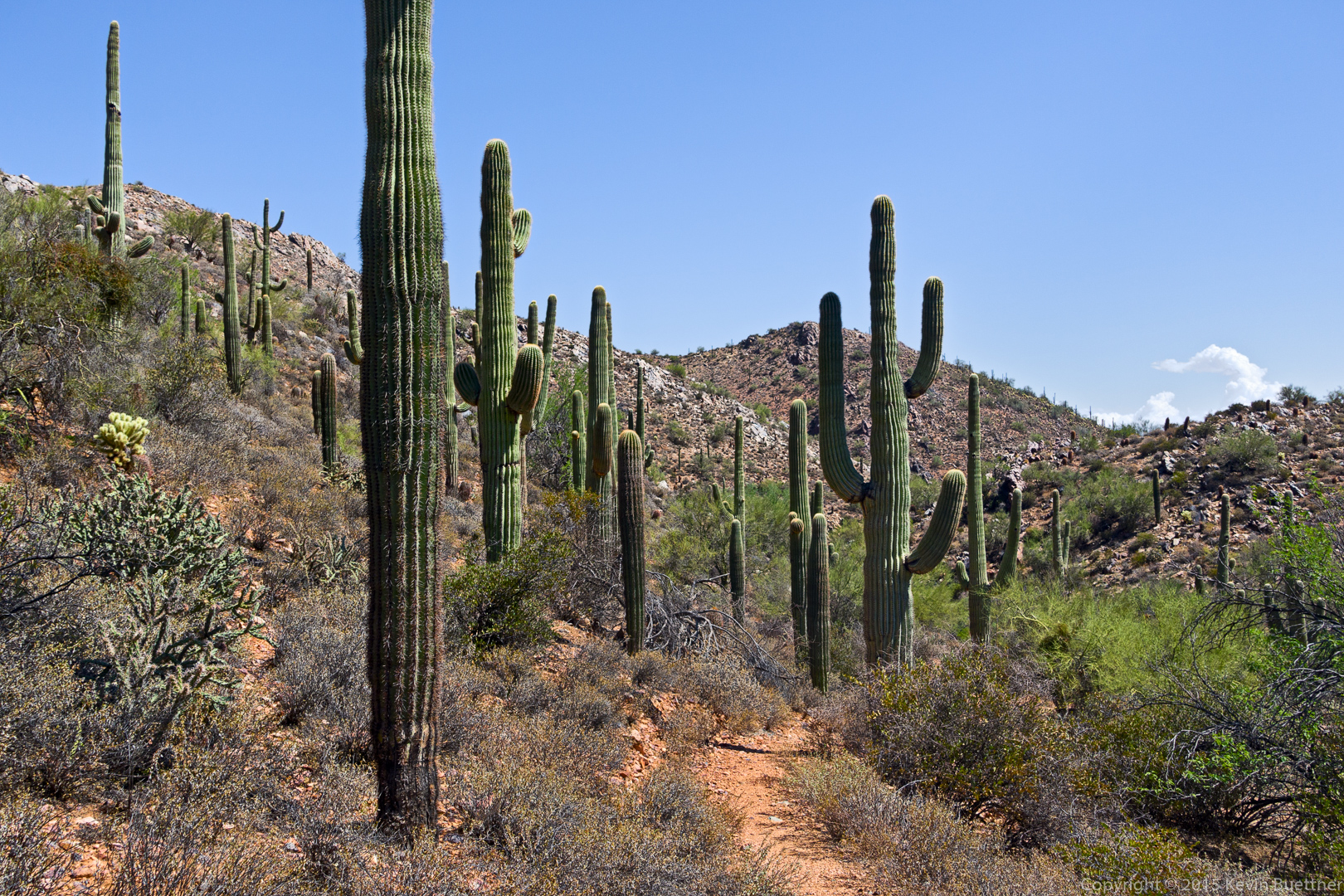 Bob, hiking back on the Dixie Mine Trail. 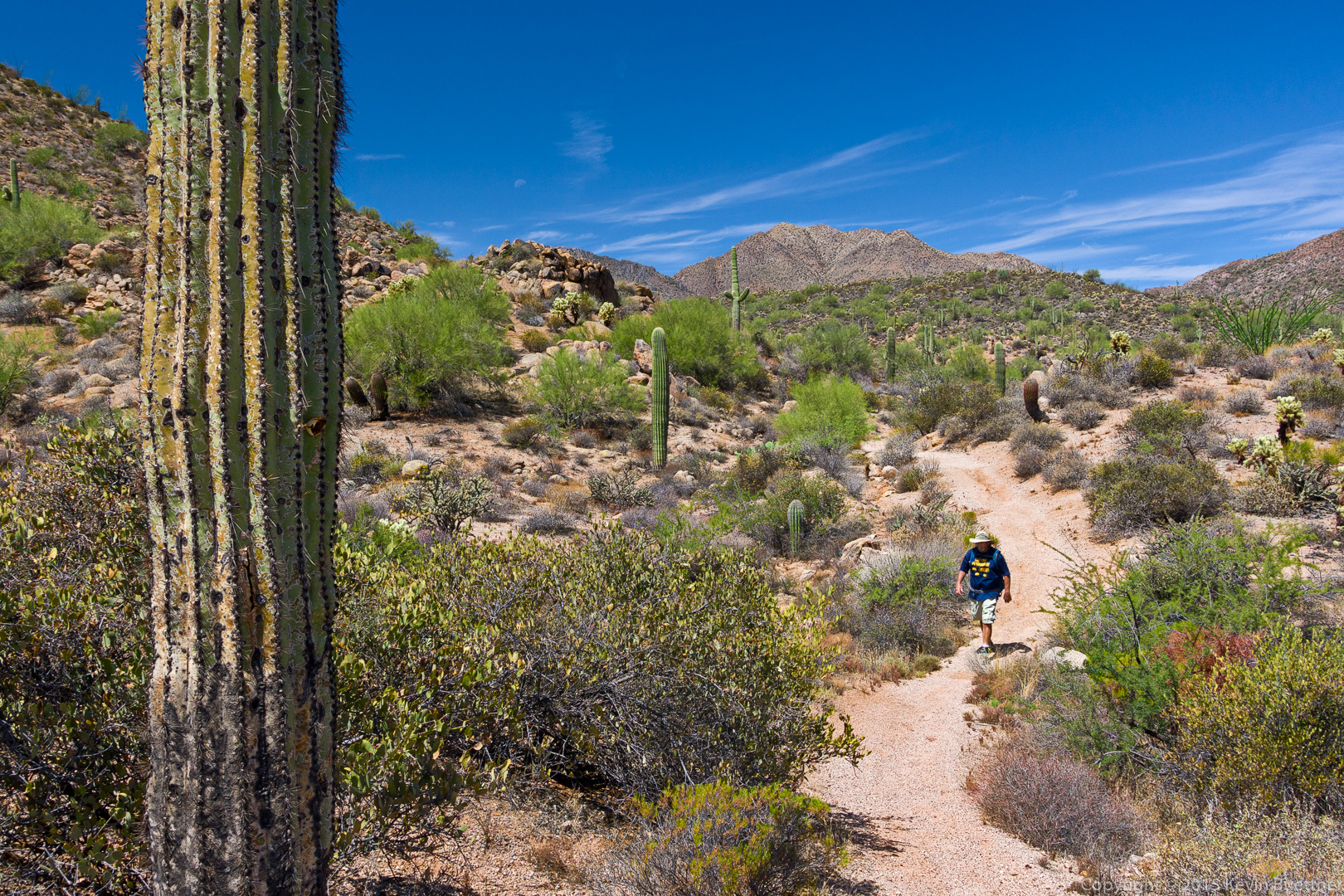 We saw this bunny early in our hike. (These two photos come at the end since they were taken with the Sony HX90V.  The HX90V has a much longer zoom than the RX100M3, but its image quality is not as good.) 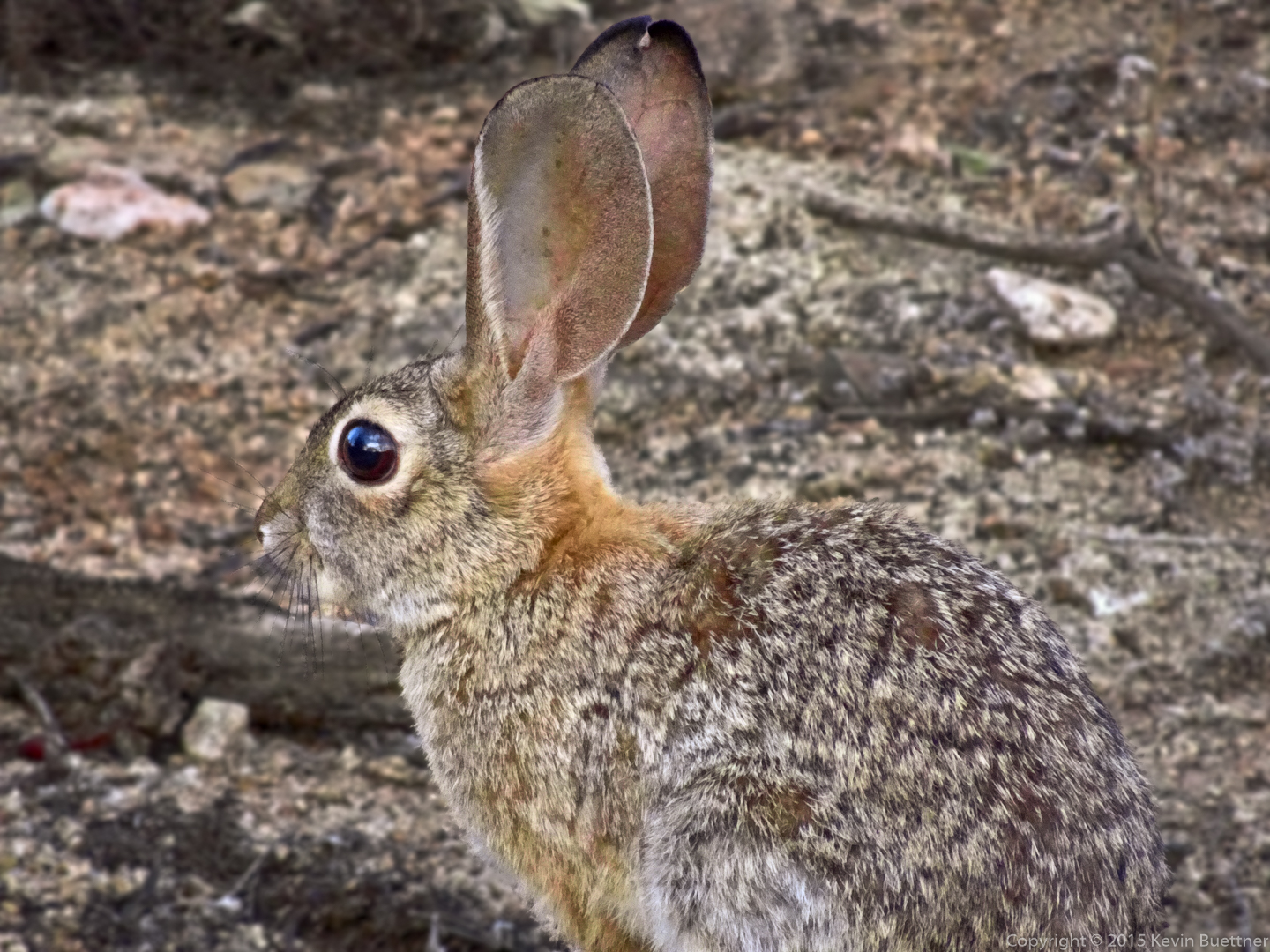 We saw this horned lizard on the Bell Pass Trail, not far away with the intersection of the Prospector Trail. 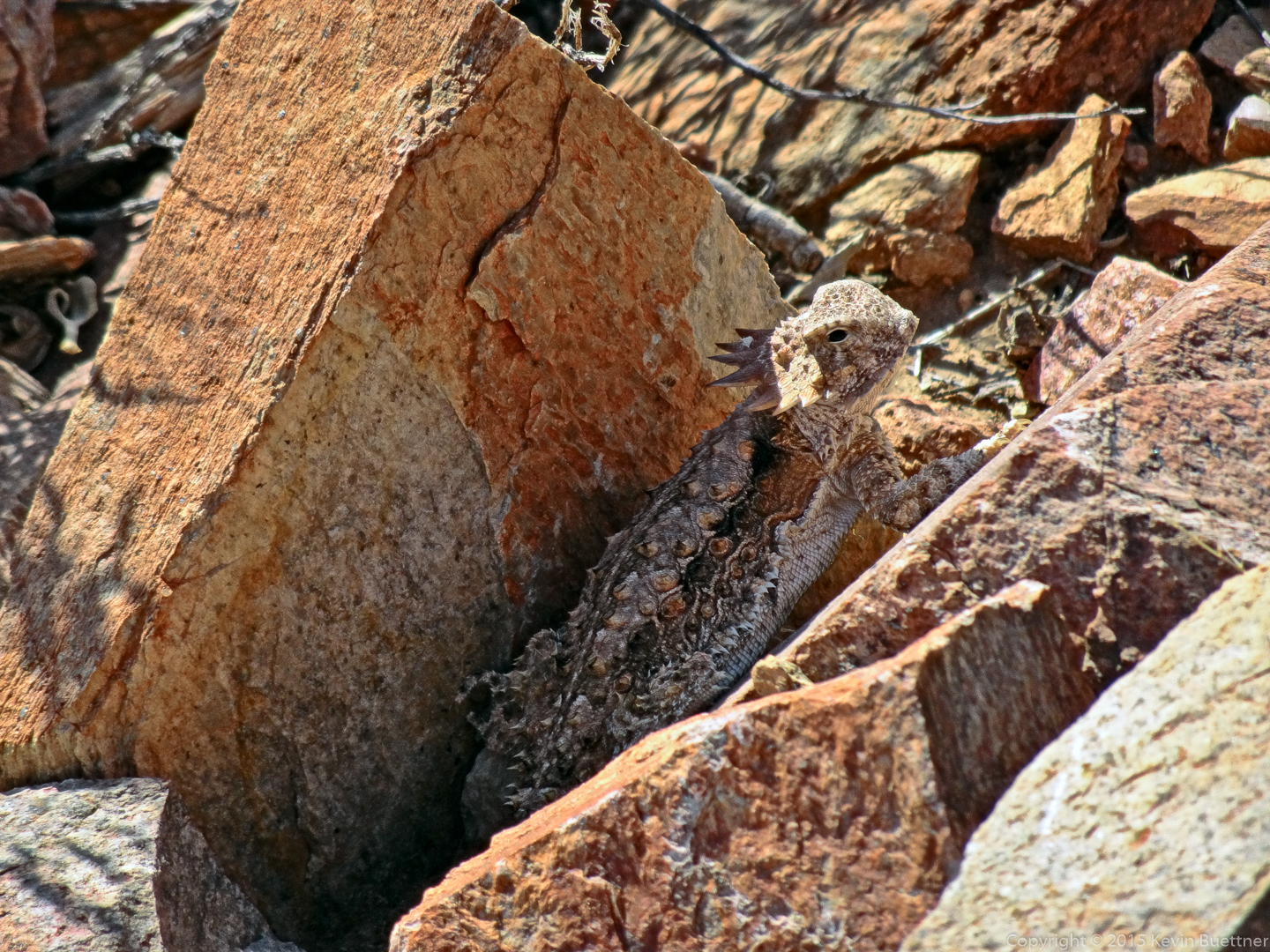