From left to right are the Pro-Tec Orb, the (original) MobilityWOD SuperNova, and the RumbleRoller Beastie. 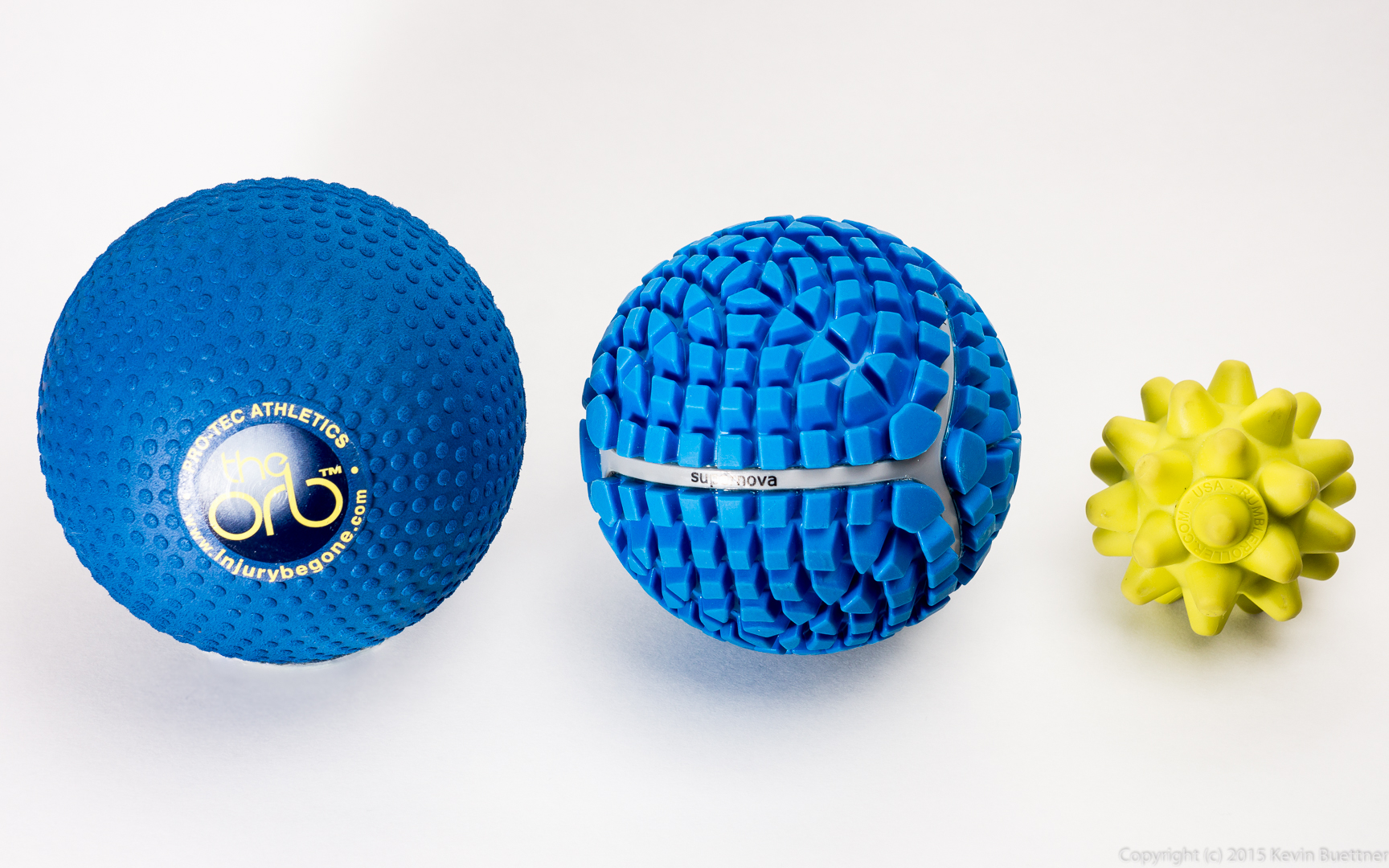 Here’s a photo of the MobilityWod SuperNova by itself. 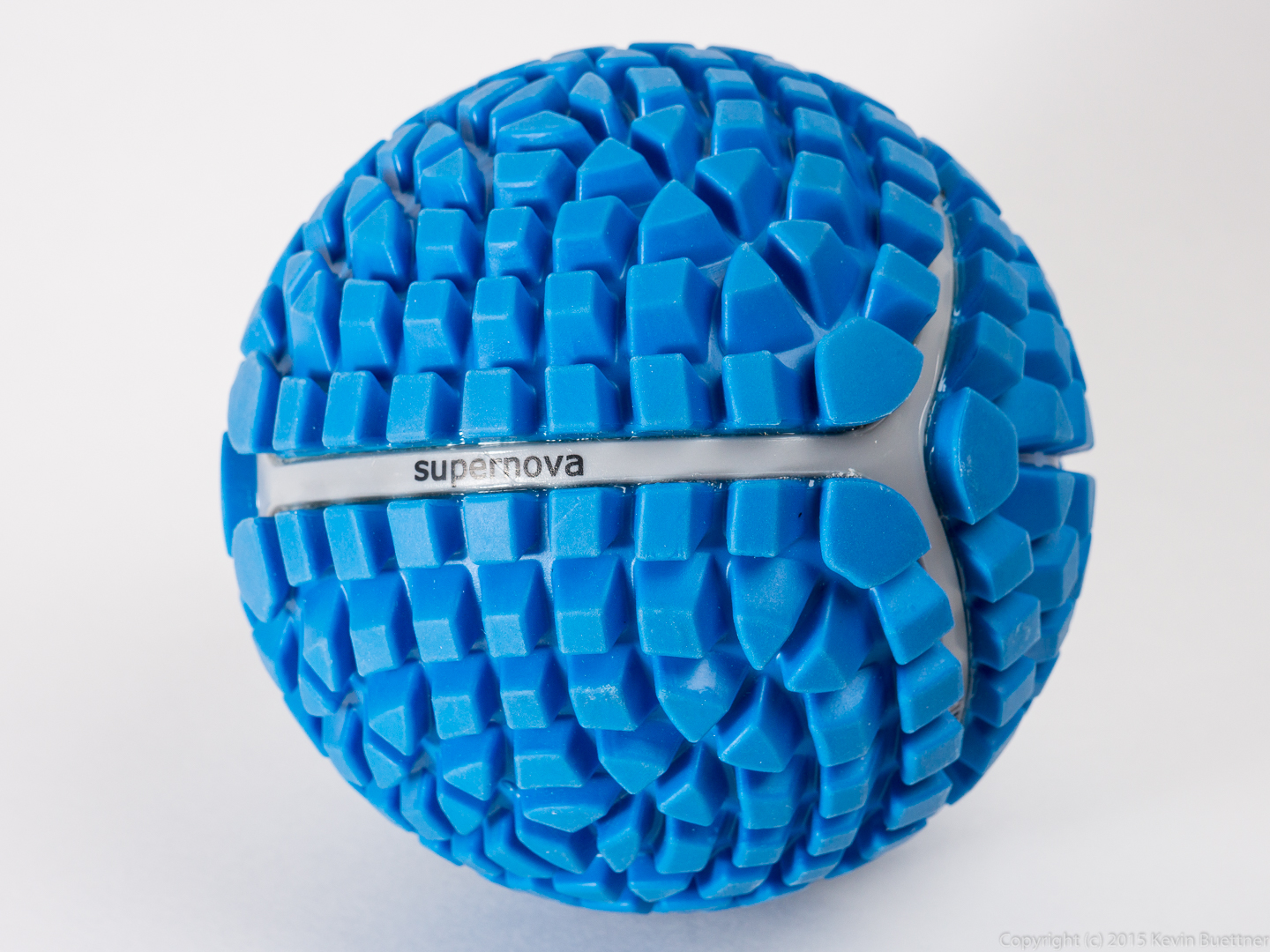 I took the above photos for a post about the MobilityWod SuperNova over at BodyBuilding.com. (That same post discusses the Body Back Buddy, Thera Cane, Rumble Roller Beastie, and a number of other massage tools.)

This is what I had to say about the Supernova in that post:

I’ve been using them both. At the moment, I slightly prefer the SuperNova due to the fact that it doesn’t slip as much. However, there’s a quite a difference in price. At the moment, the Orb can be purchased for less than $20 while MobilityWOD Supernova costs just slightly under $40. (It’s not clear to me whether or not the version pictured above is still available. The 2.0 version has somewhat different nubs.)