On Sunday, Bob, Nick, Marilyn, and I hiked at White Tank Mountain Regional Park, which is another of the Maricopa County parks. We started midway along the Waddell trail, and hiked a big loop consisting of the Waddell, Mesquite Canyon, Willow Canyon, Ford Canyon trails. Our total hike was just under 10 miles. Bob and I added on a bit more to get us over 10 miles with 1500 feet of total ascent.

We had a good time hiking at this park. It’s very popular; we had to wait in line for at five minutes to get in. We encountered many people on the trail, probably more than I see in half a dozen hikes while hiking at McDowell Mountain Park.

A short ways after turning onto the Ford Canyon Trail, we encountered a large group of hikers who were ill prepared for the hike. The leader of the group asked me if they were almost done; I checked my GPS and found that they still had about two thirds of the hike yet to go! A minute or two later, I encountered another member of the group. I asked her how she was doing. She told me she was really thirsty. She had brought along a small water bottle, but had drank the entire contents already. I let her drink some of the water from my reserve water bottle. I’m guessing that several other members of that group (who were lagging even further behind) were having similar issues with water, but I didn’t ask how any of them were doing; I wanted to make sure that I had enough water for the hike. 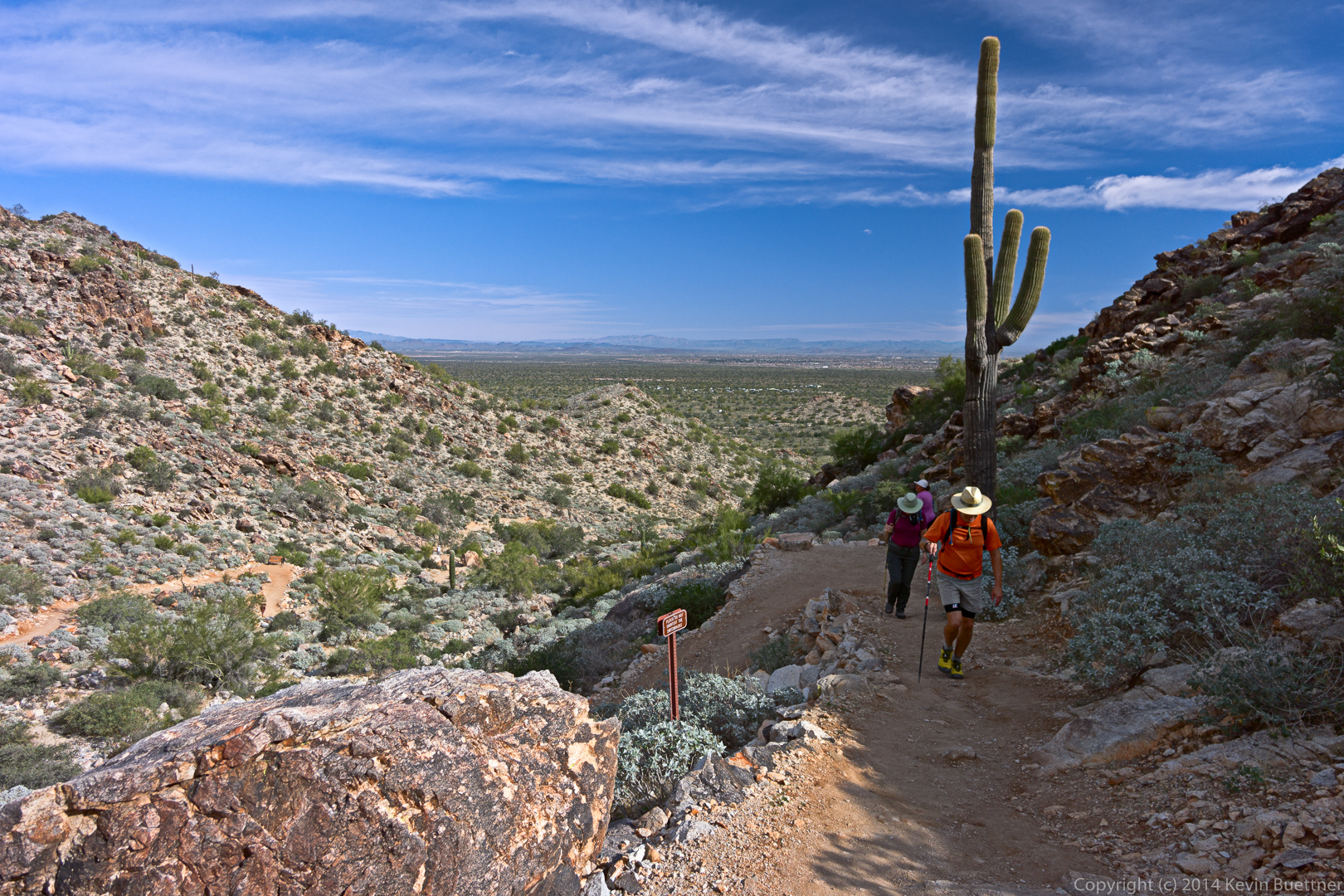 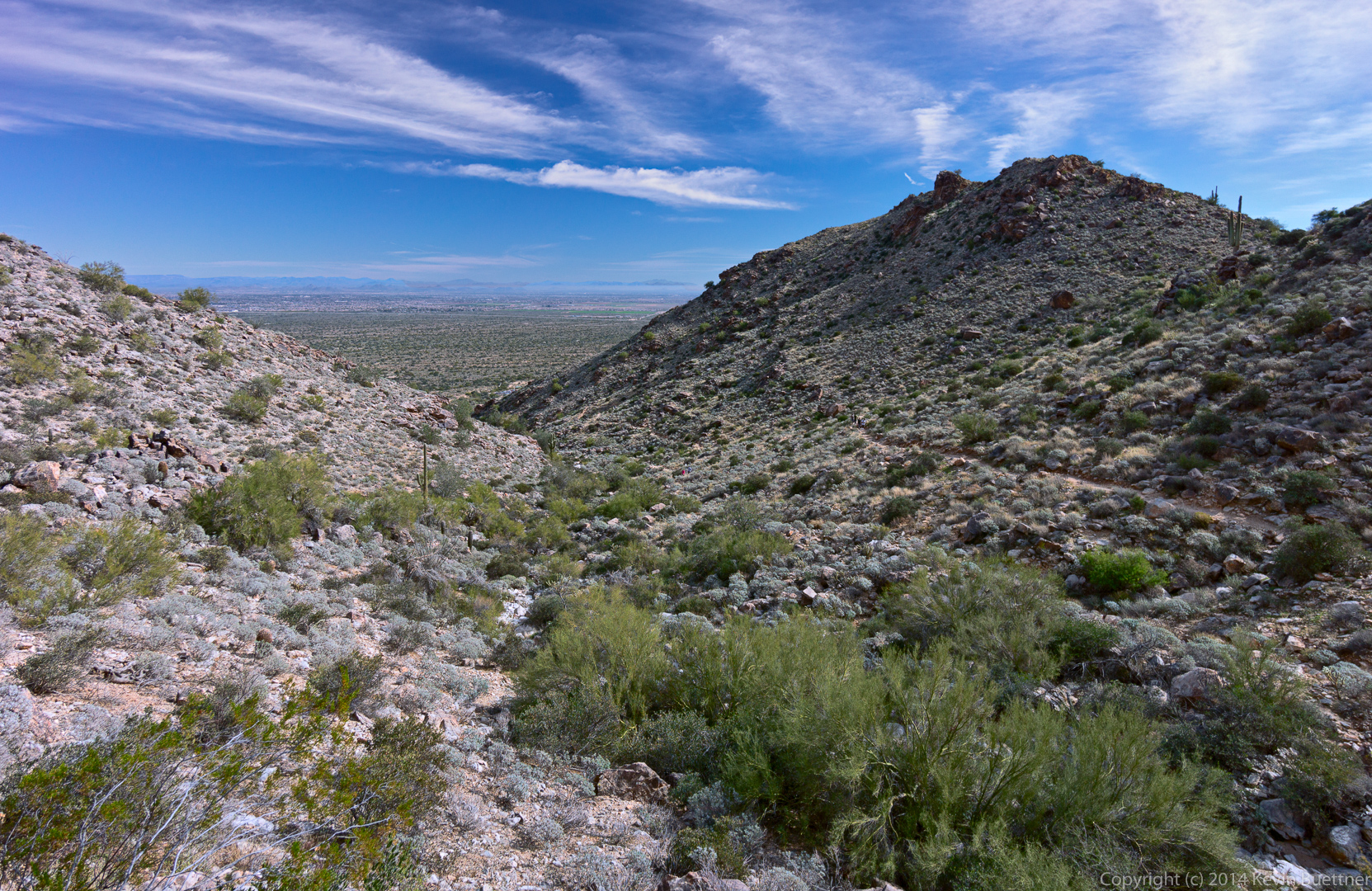 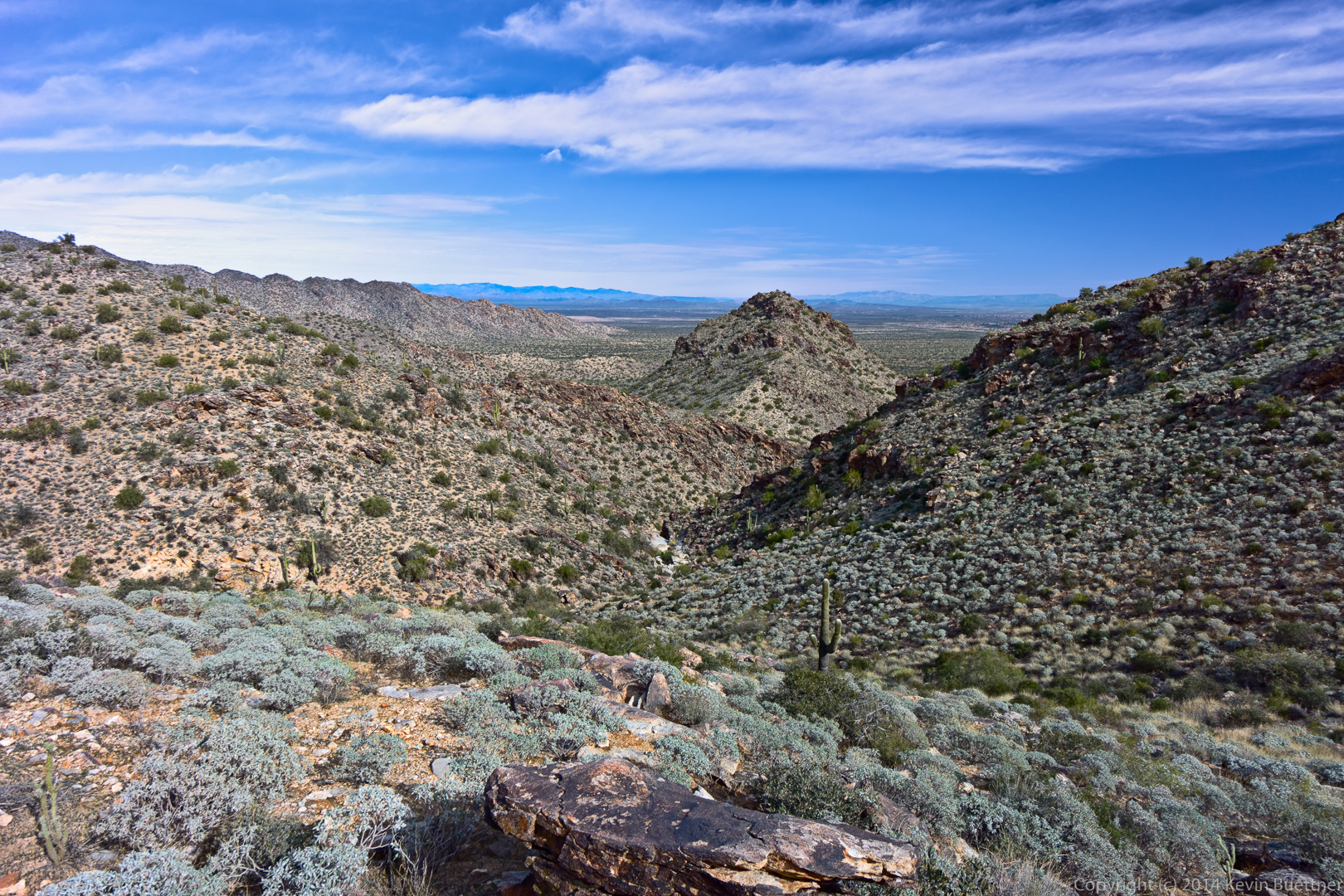 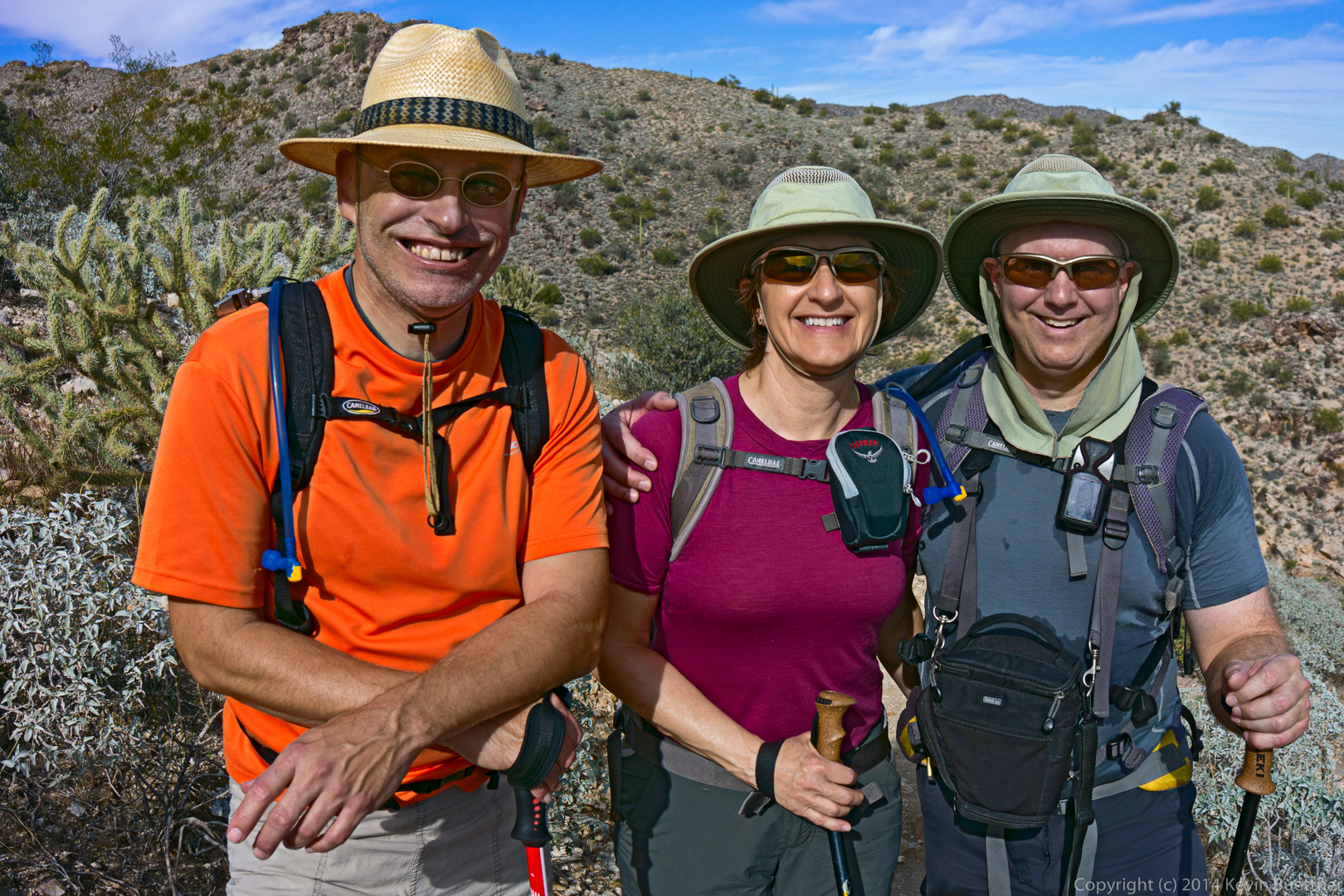 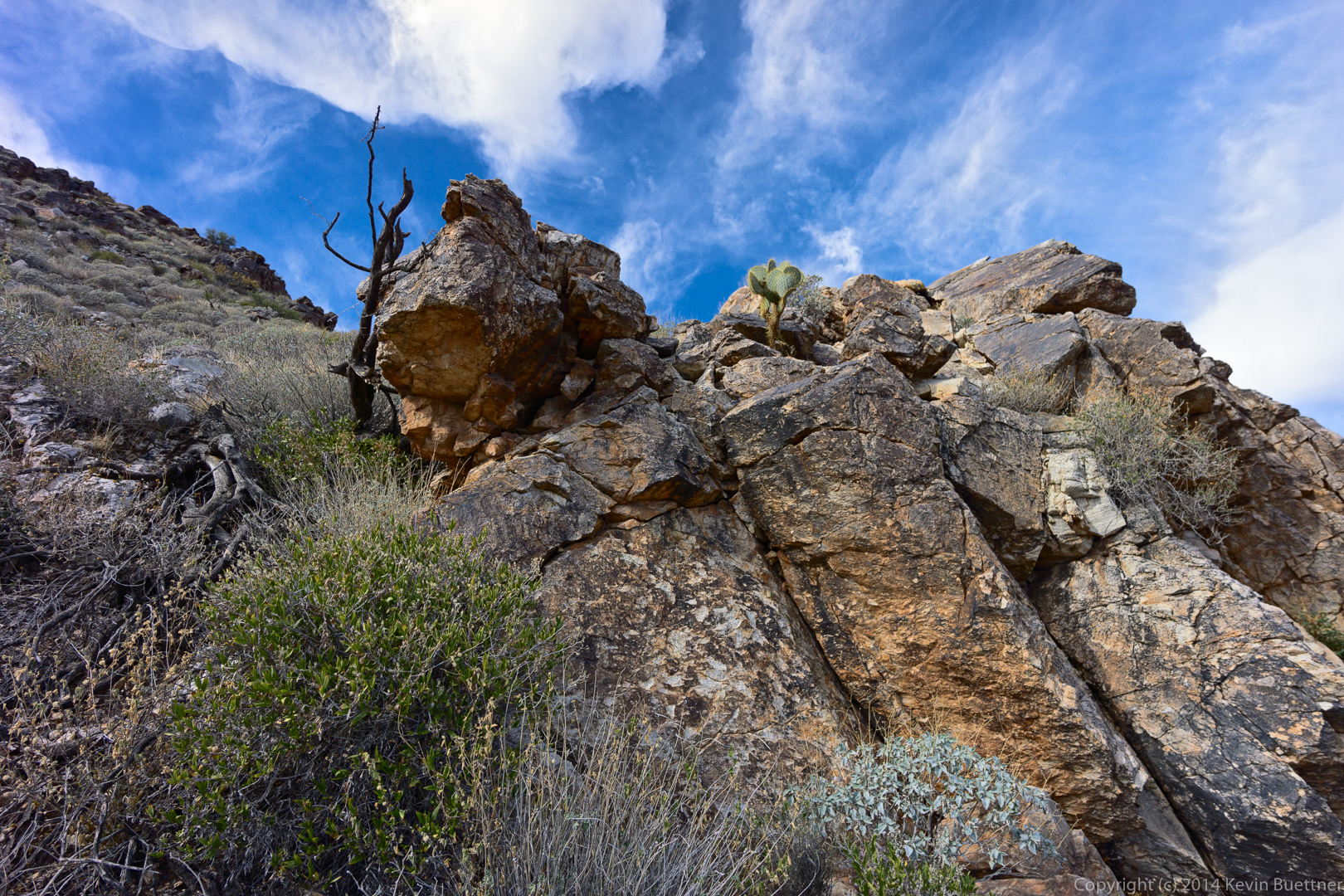 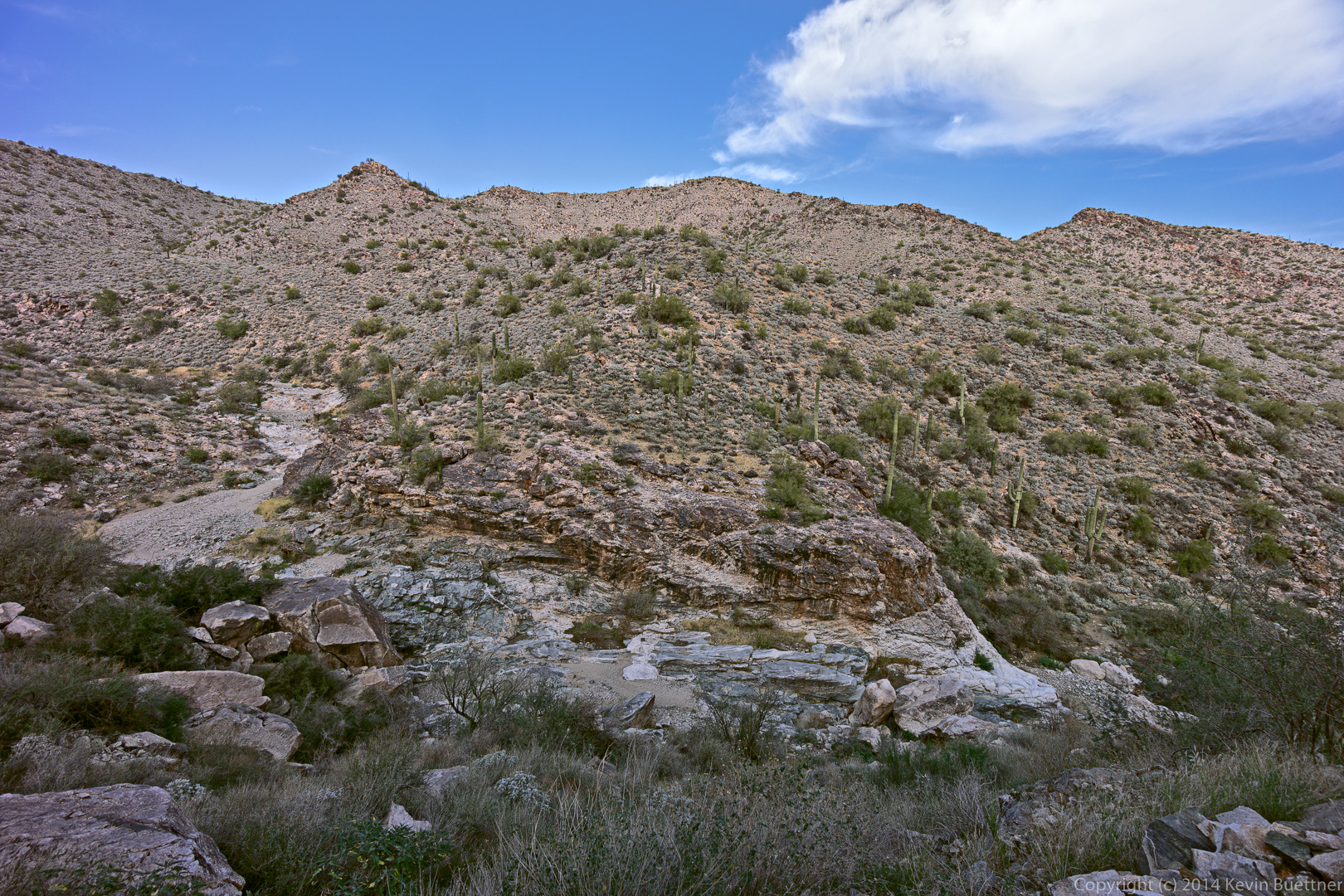 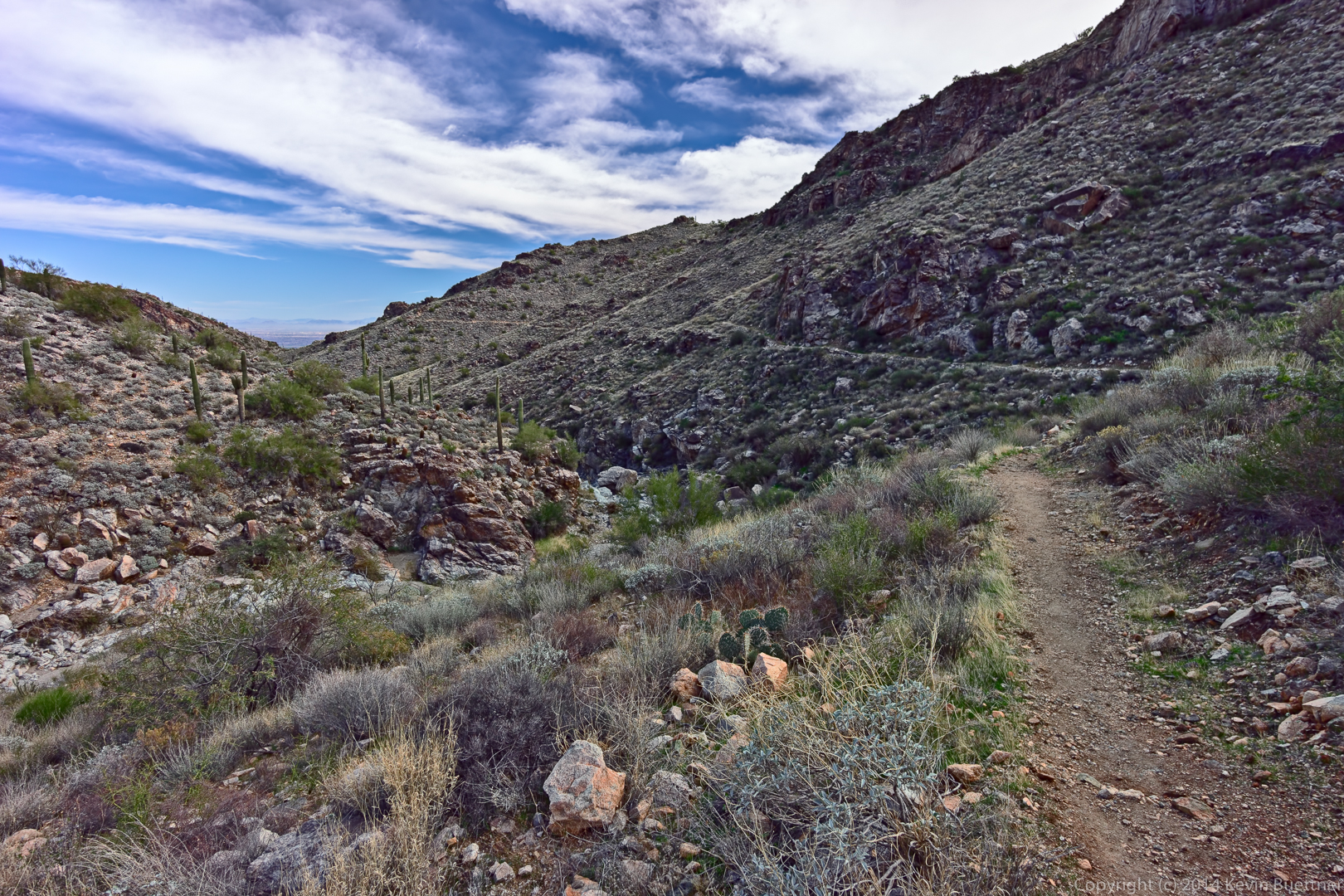 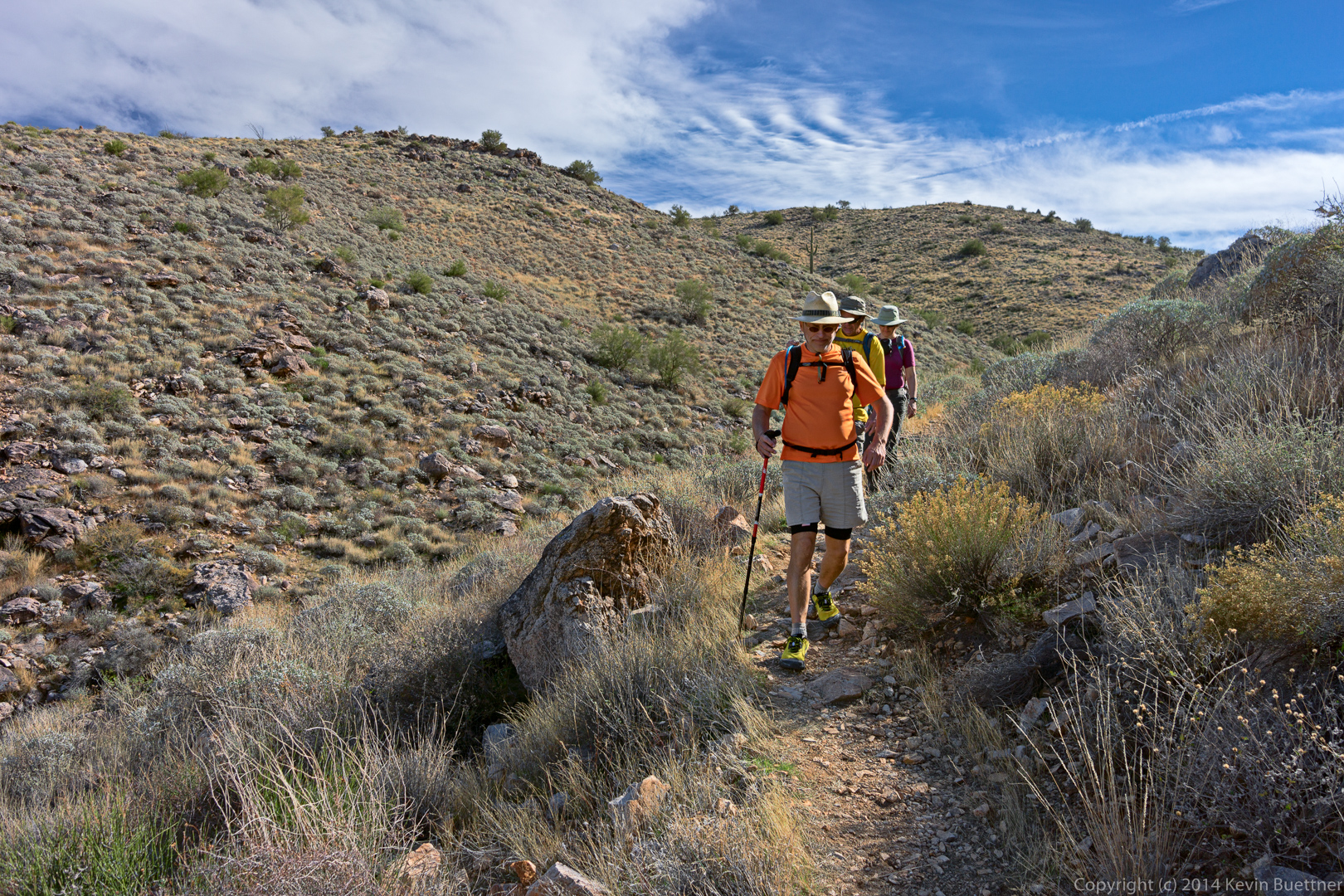 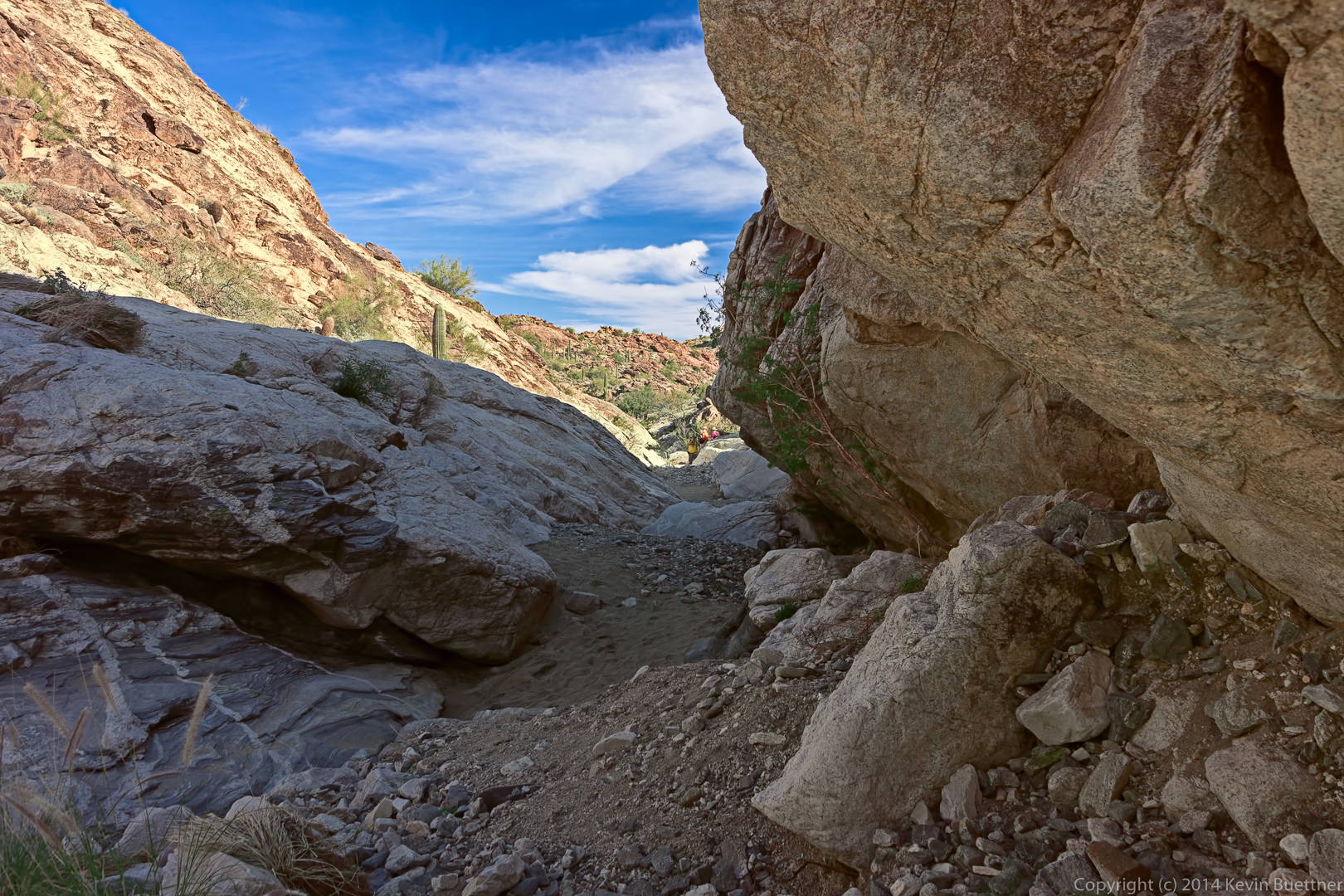 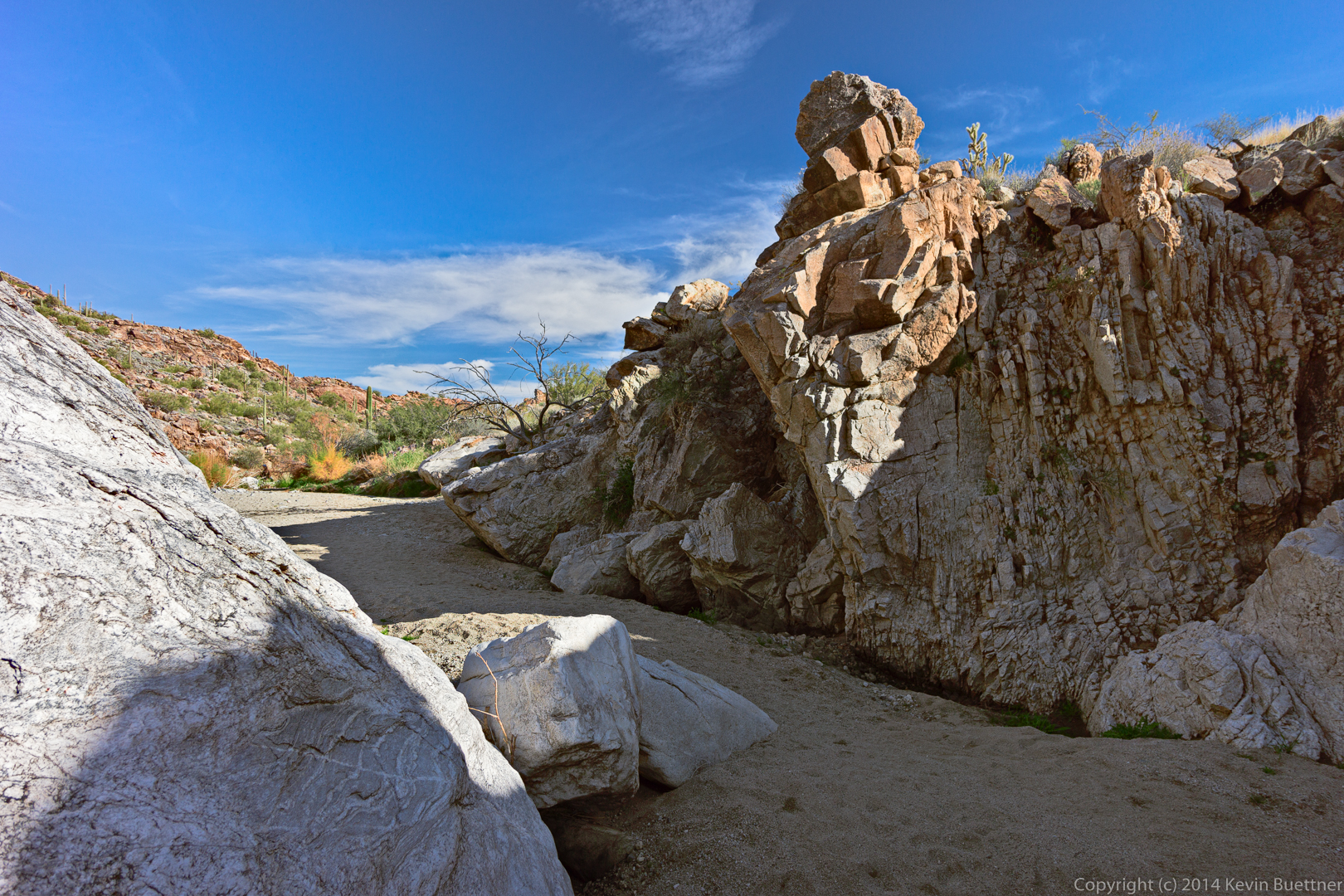