Bob and I hiked up past the Thumbnail Pinnacle to the East End on Friday.  We hiked five miles in about five hours, with a total accumulated ascent of over 1800 feet. 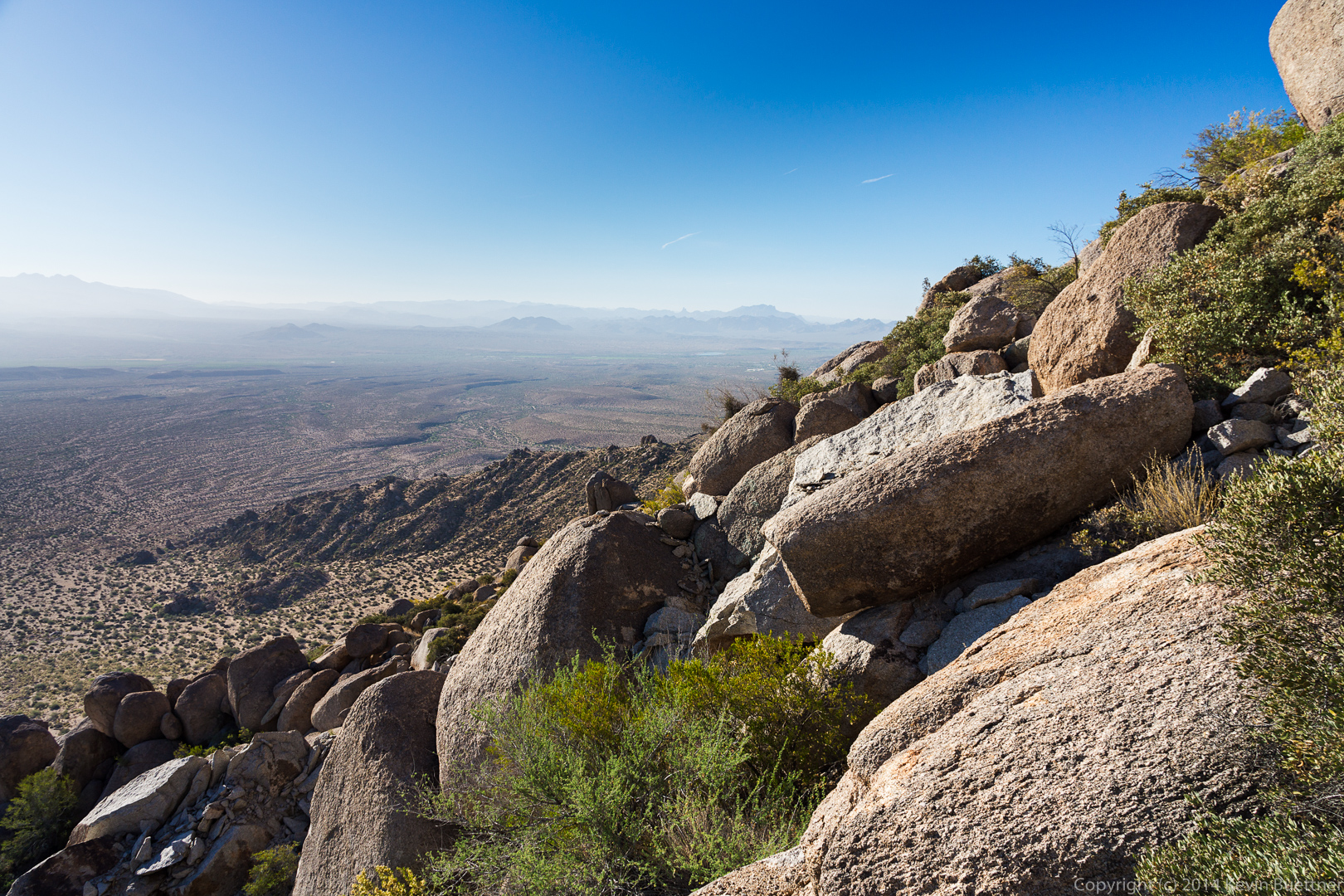 A look out towards Four Peaks.  Submarine rock is just visible above the rock at the bottom-left of the photo. 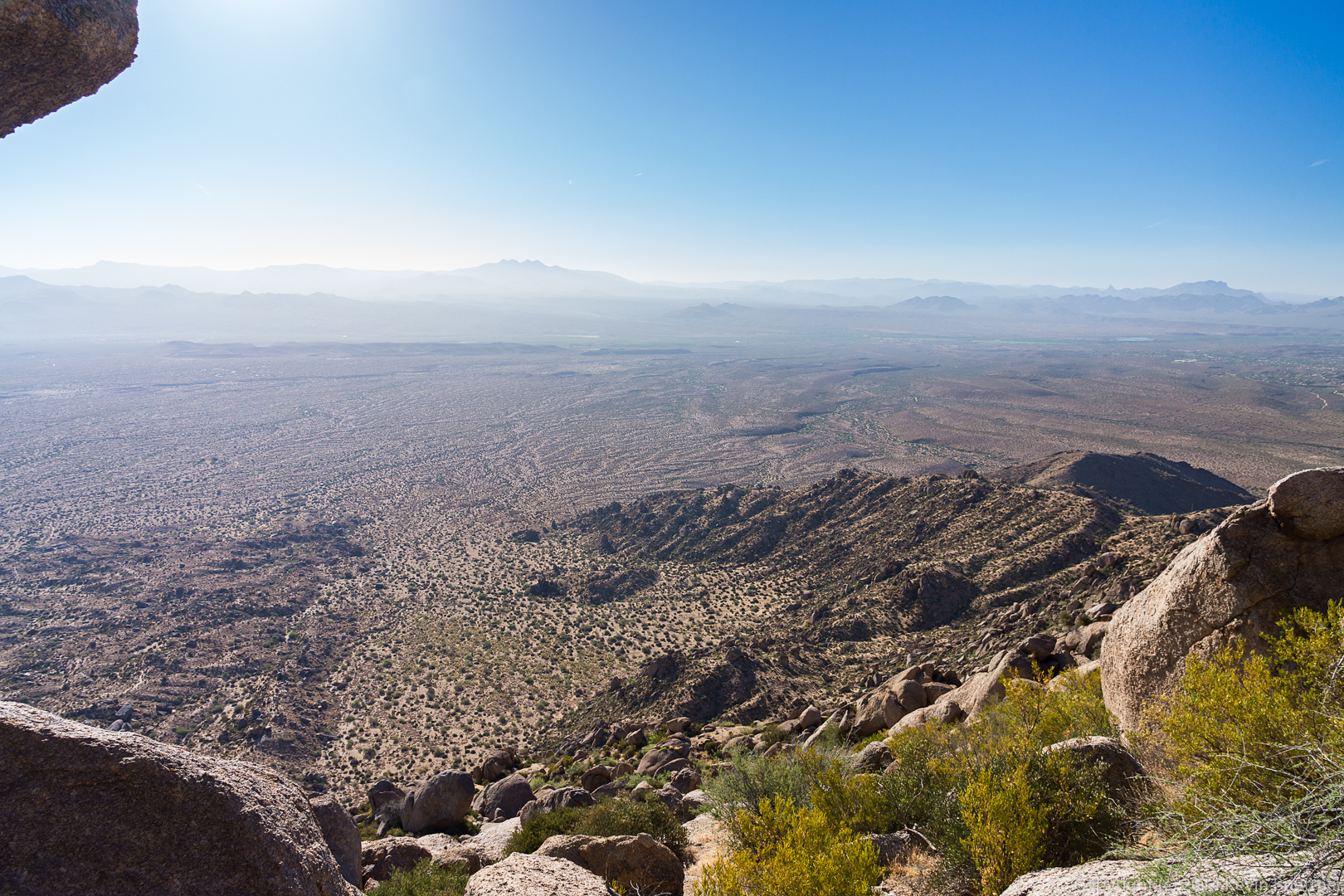 Much of the hike followed trails on steep and loose terrain. 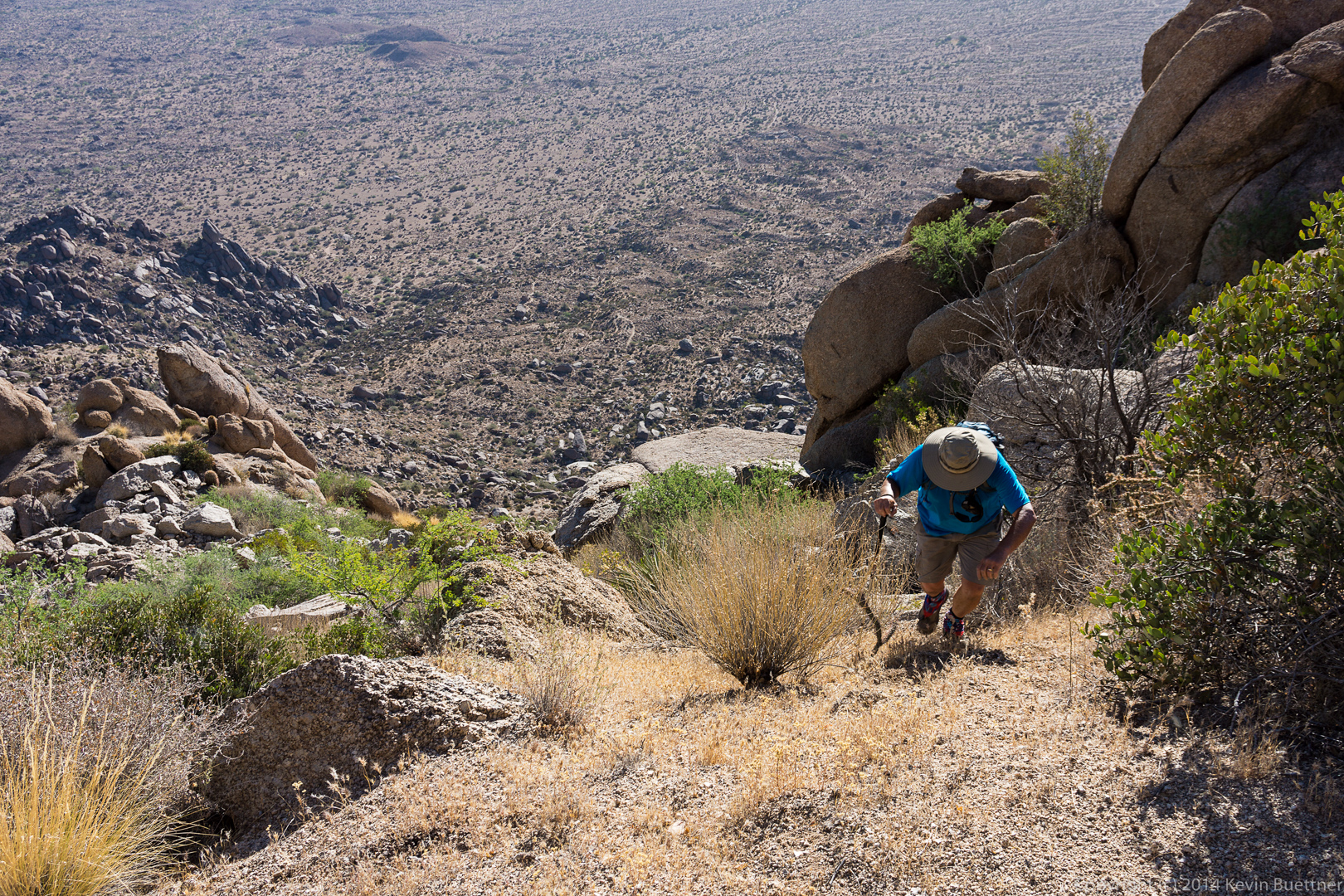 Several views of the Thumbnail Pinnacle… 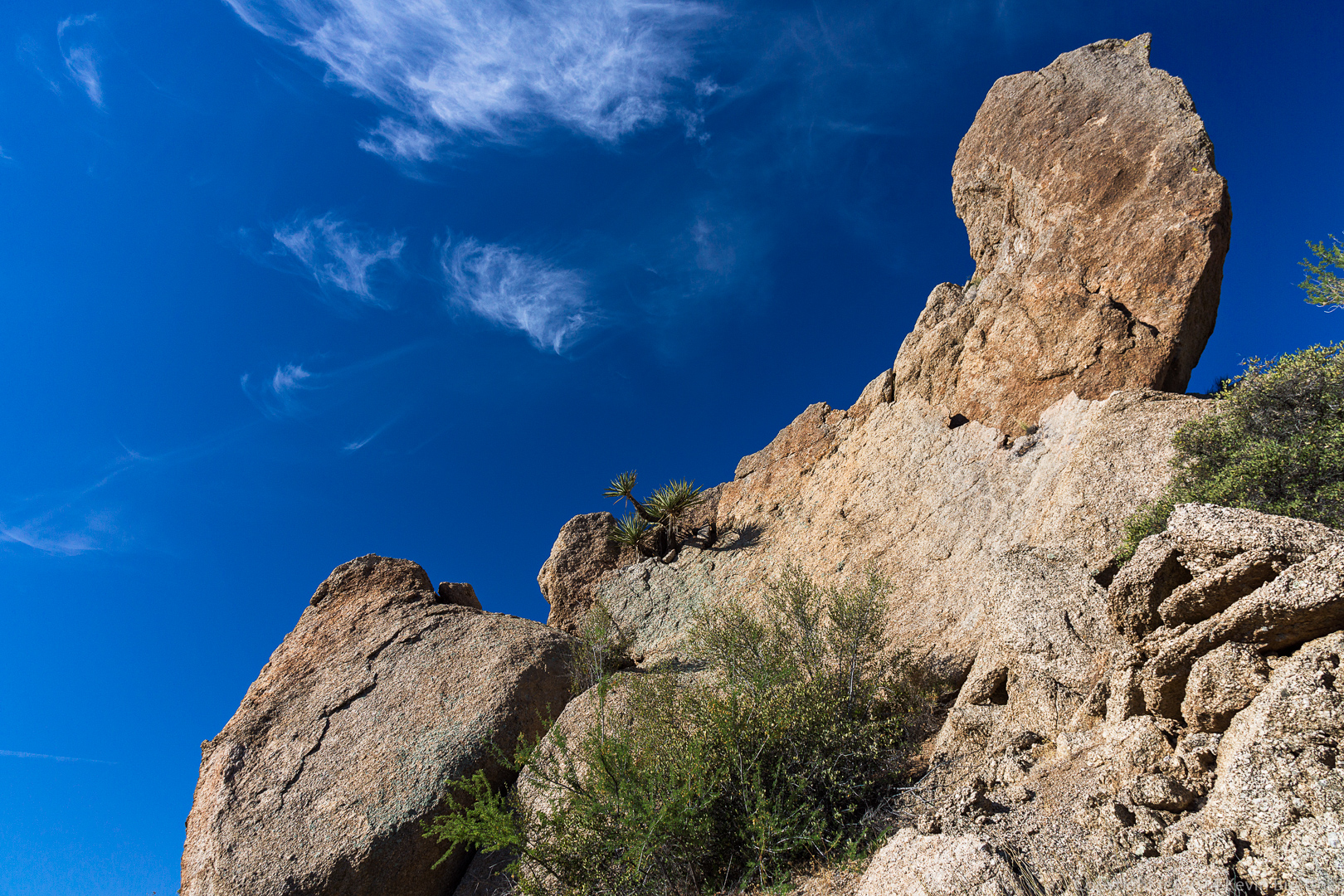 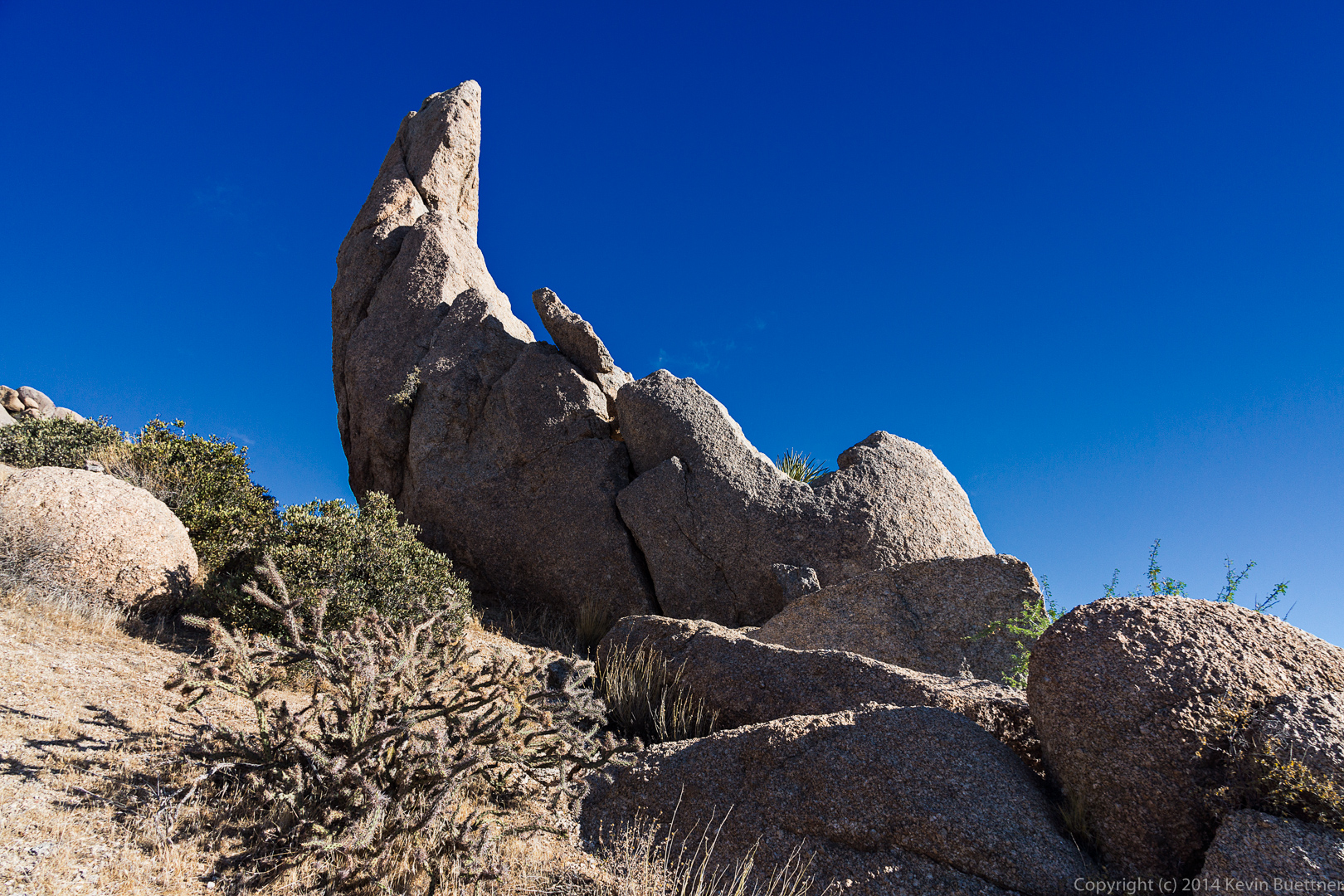 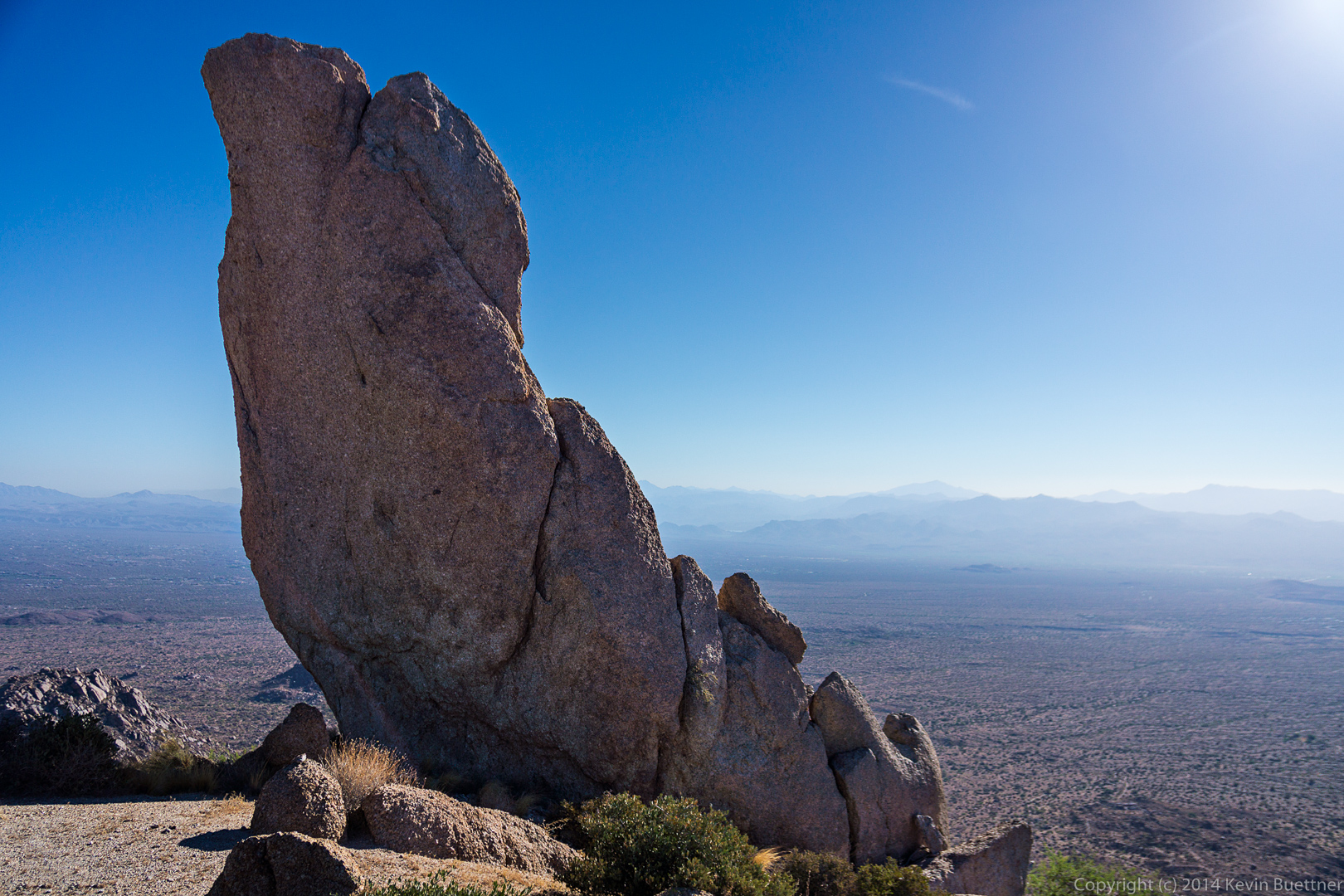 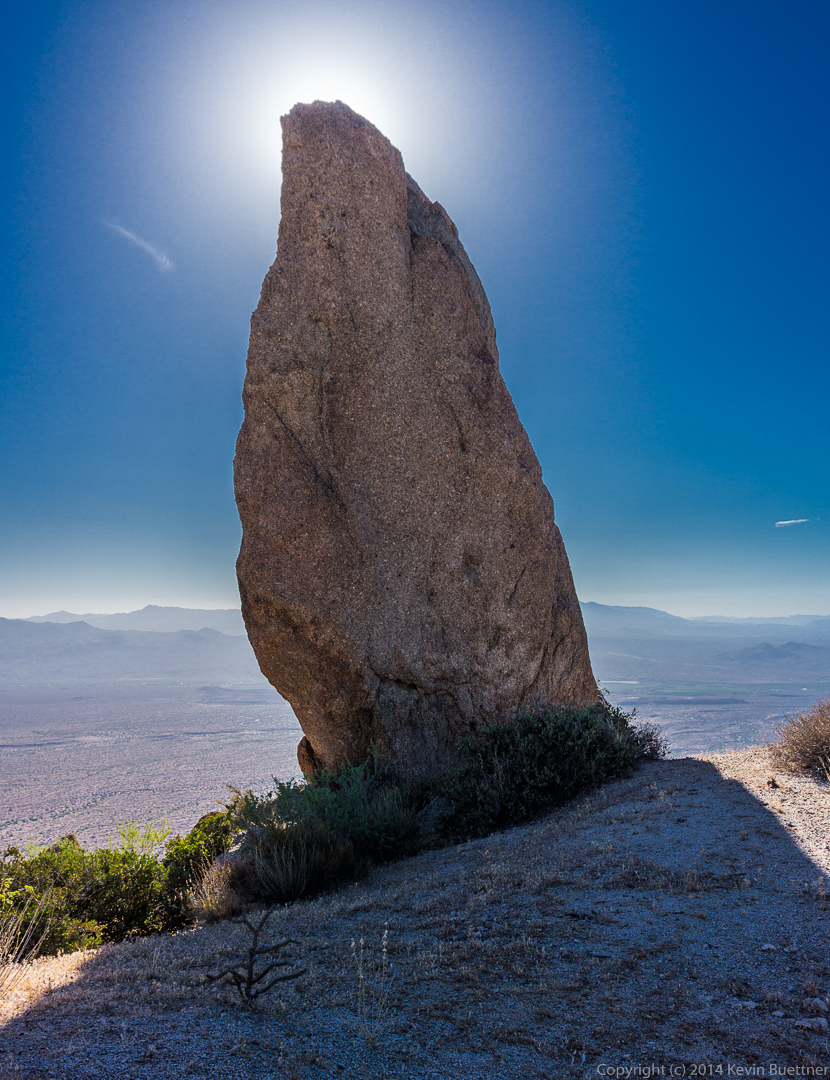 A rock outcropping above the Thumbnail Pinnacle: 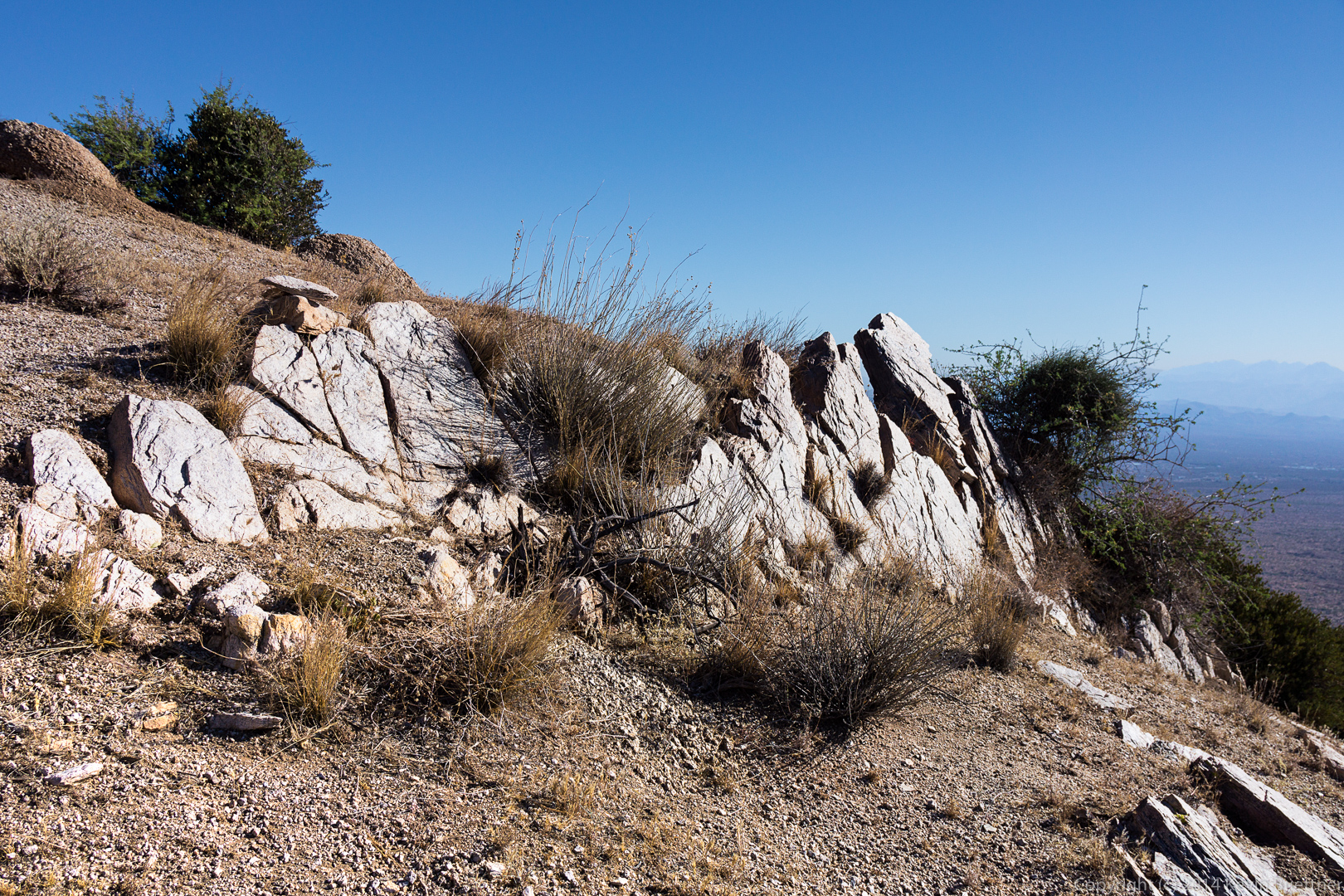 Two more views of the Thumbnail Pinnacle from higher up.  From this vantage point it sort of looks like a vertical spire (but it’s not). 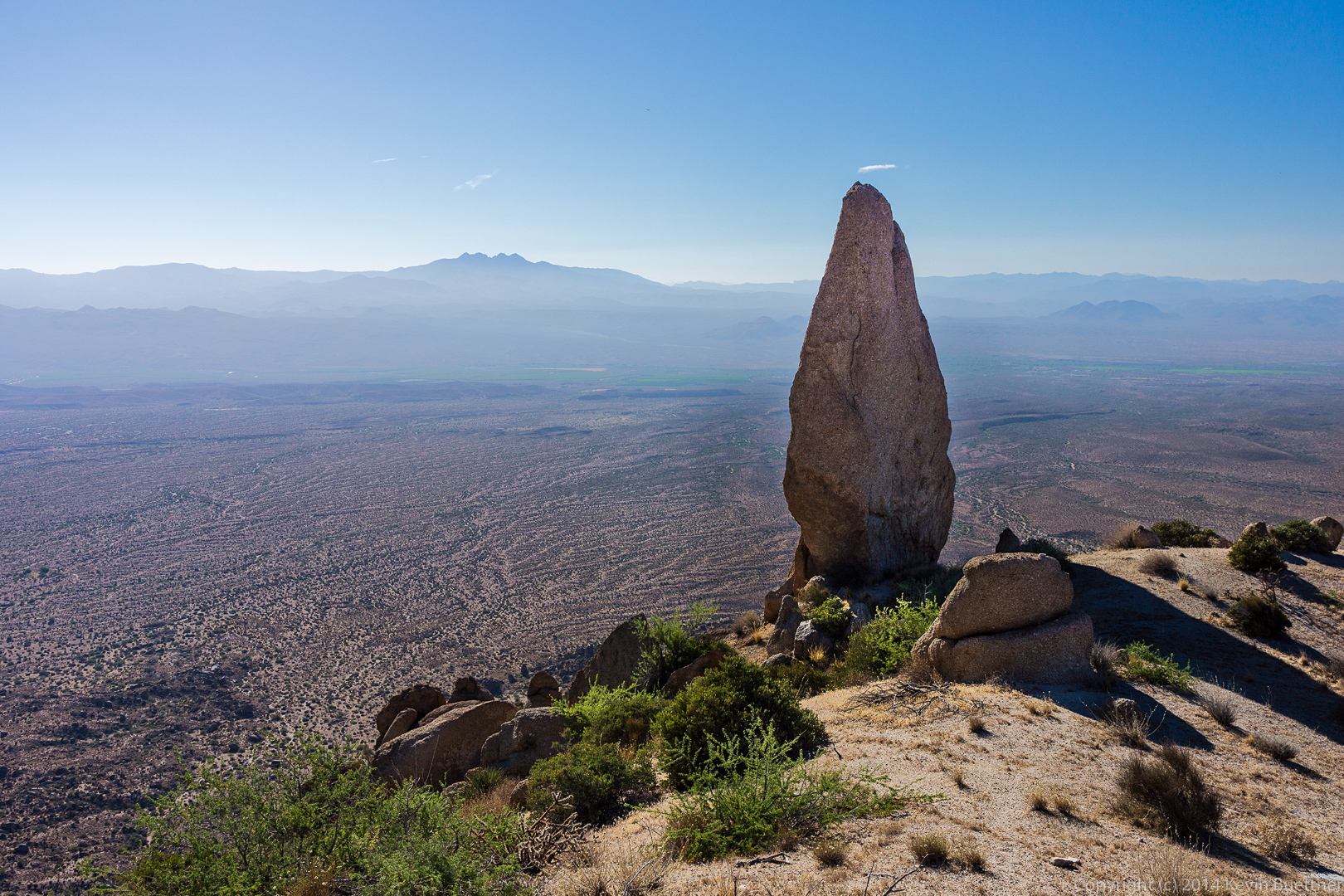 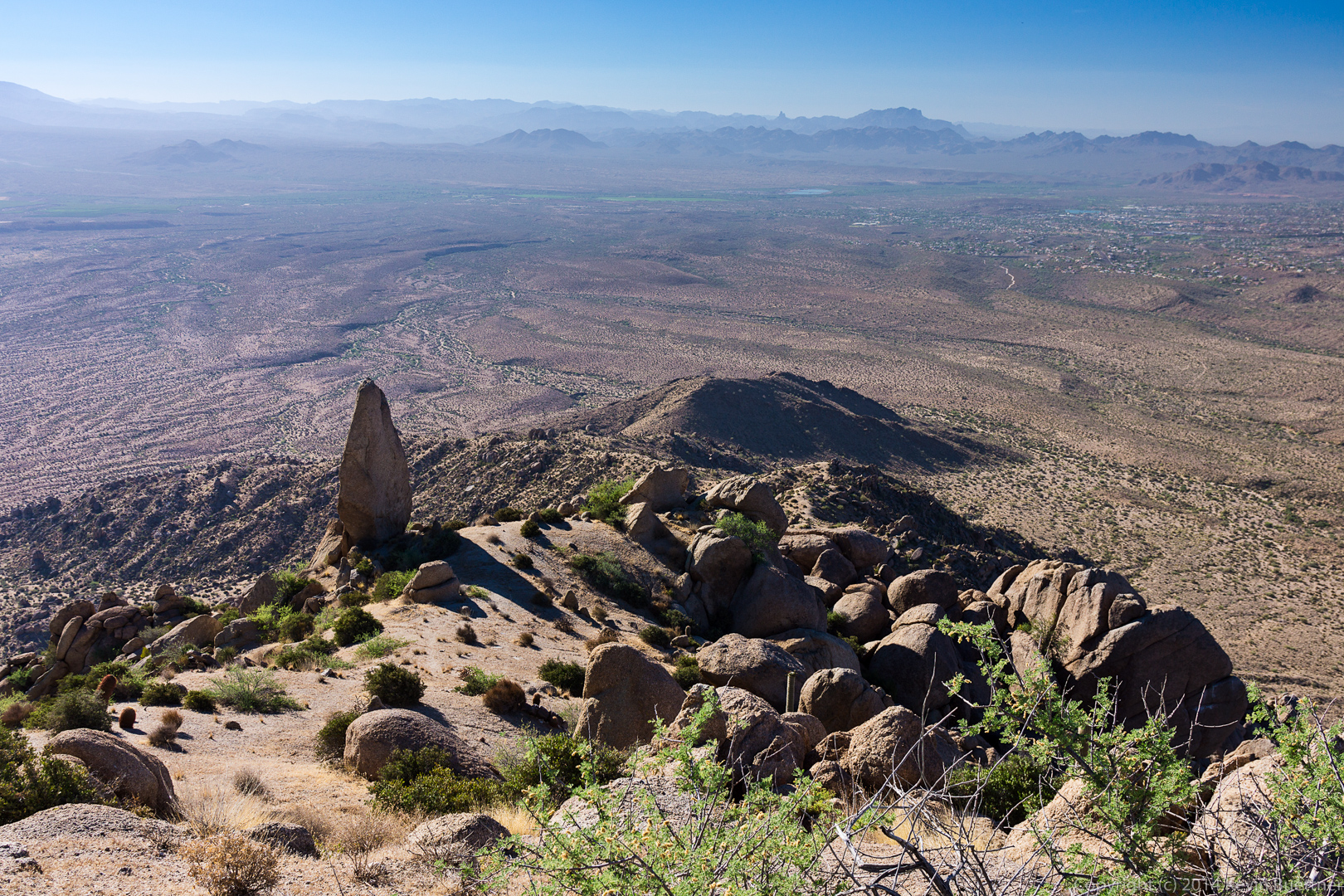 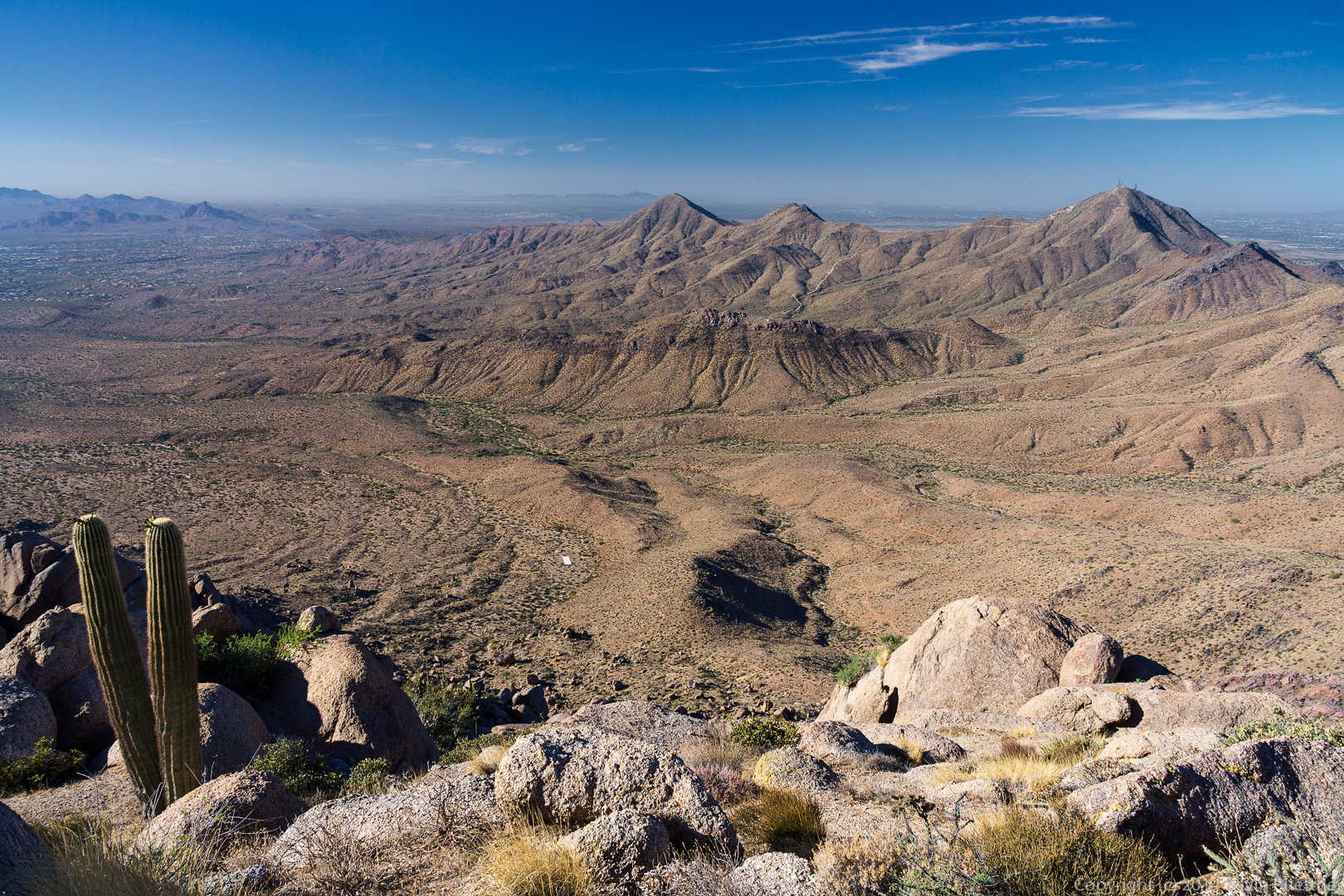 Once atop the ridge, the East End is fairly close, but it takes quite a while to get there.  The ridge is littered with large boulders and prickly vegetation.  There is a trail along the top of the ridge, but following it is challenging.  We came upon these two saguaros as we were making our way along one side of the ridge.  We eventually climbed above the saguaros and then found it easier to go back to the other side of the ridge. 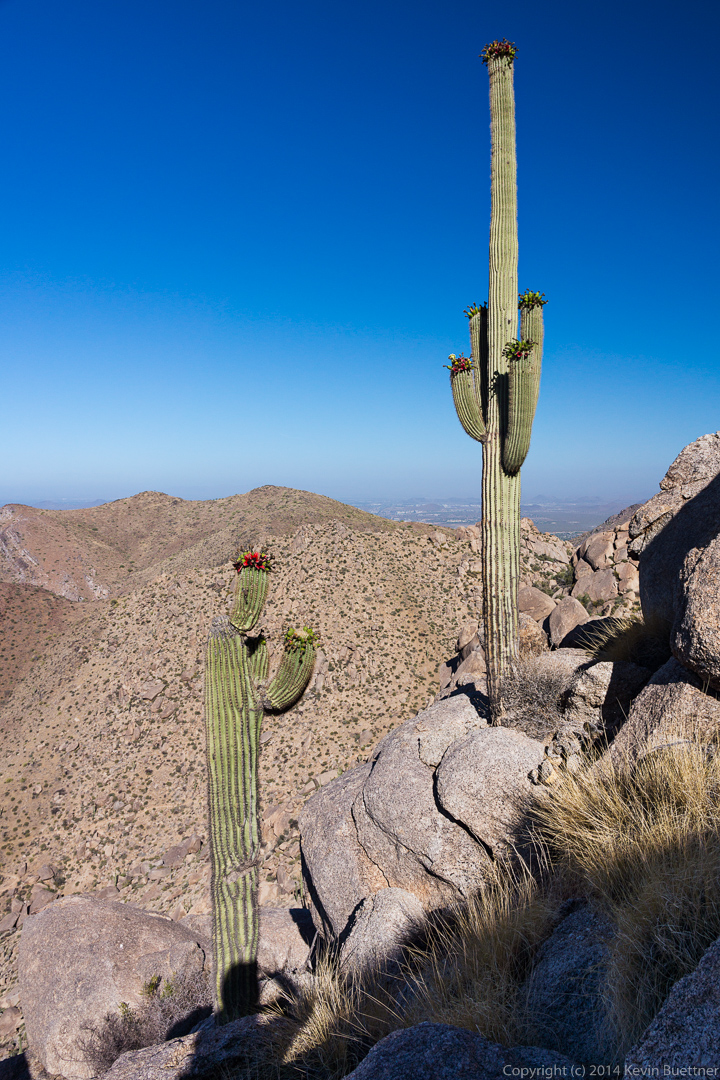 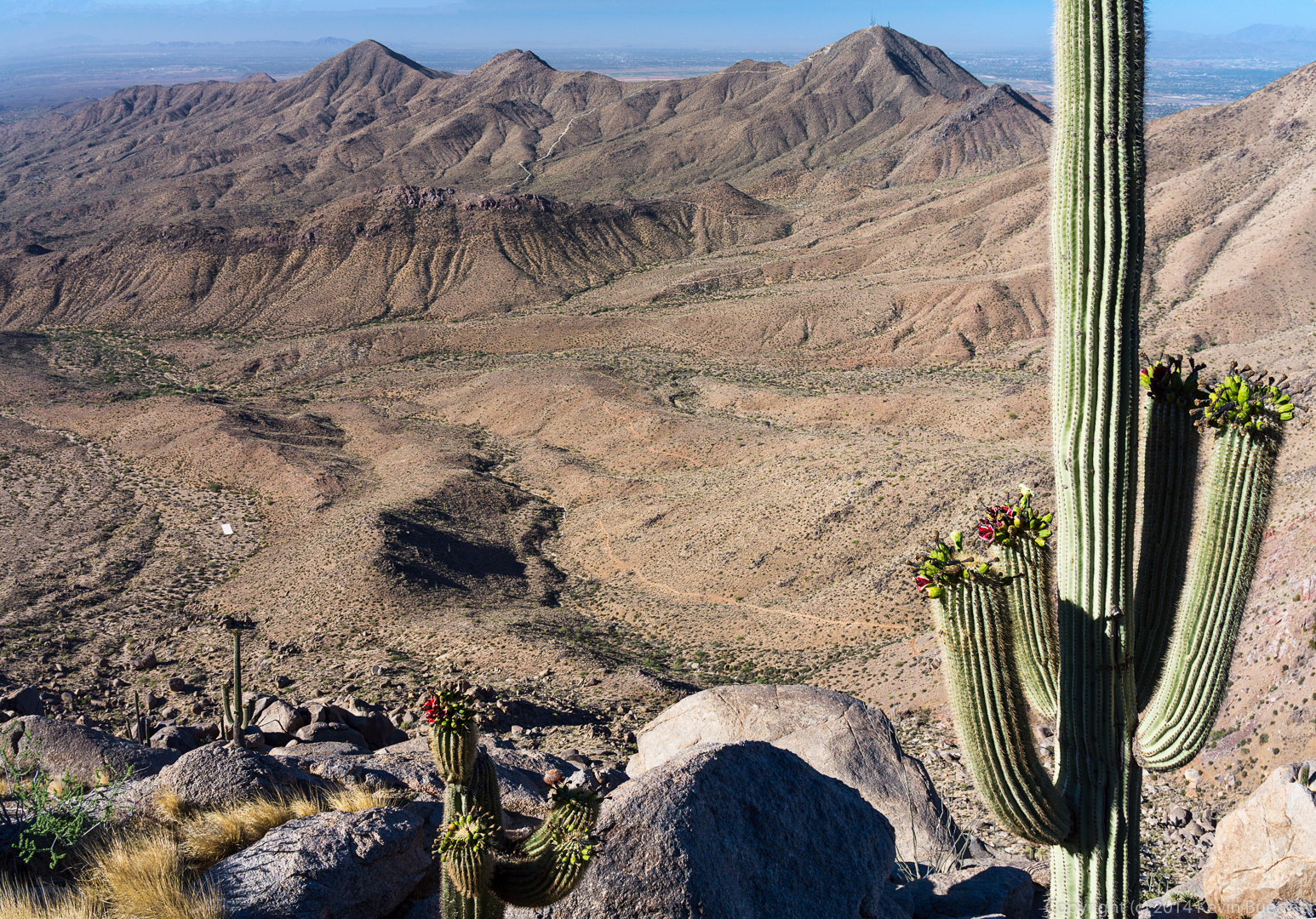 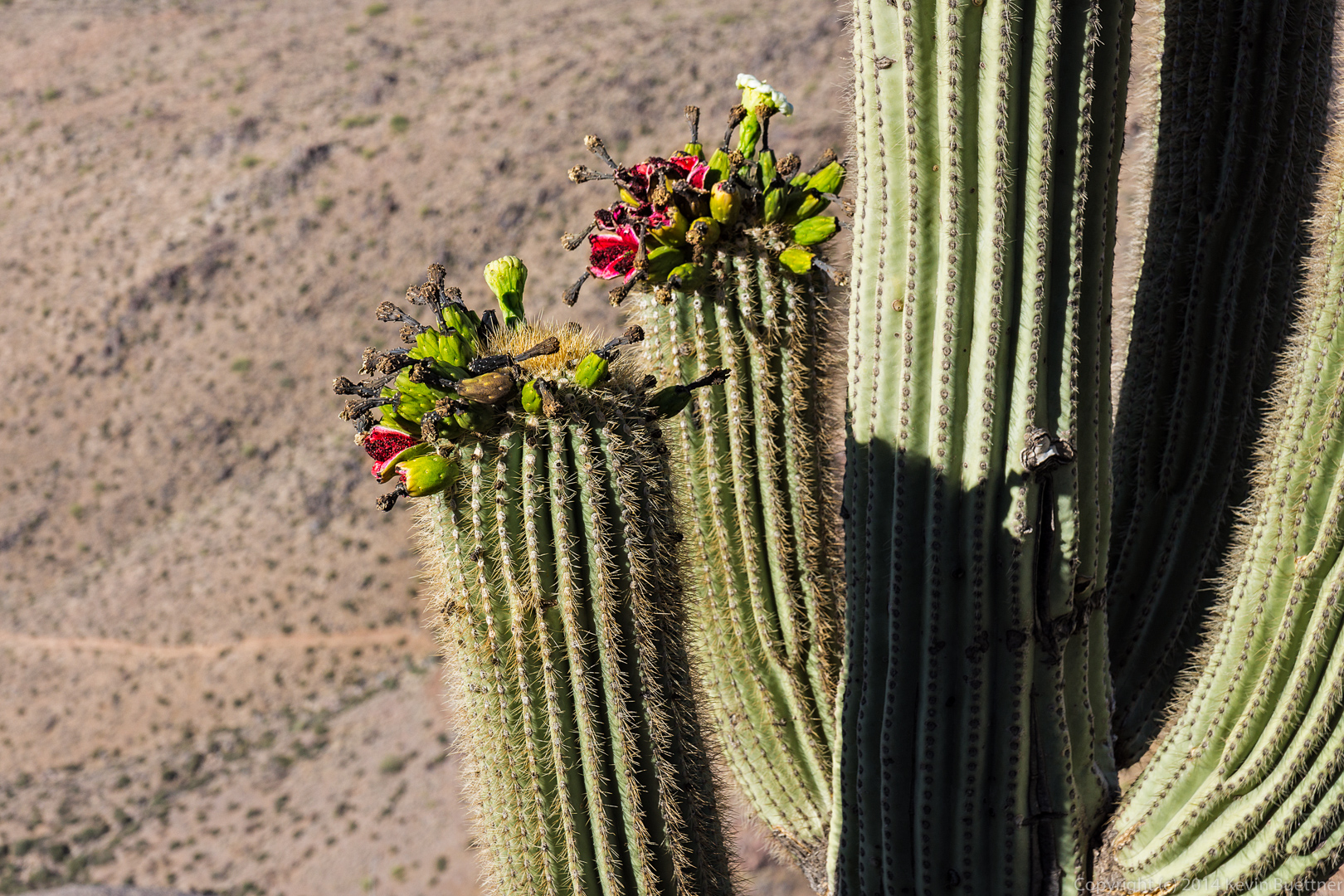 A look back at the boulder-strewn ridge from where we came. 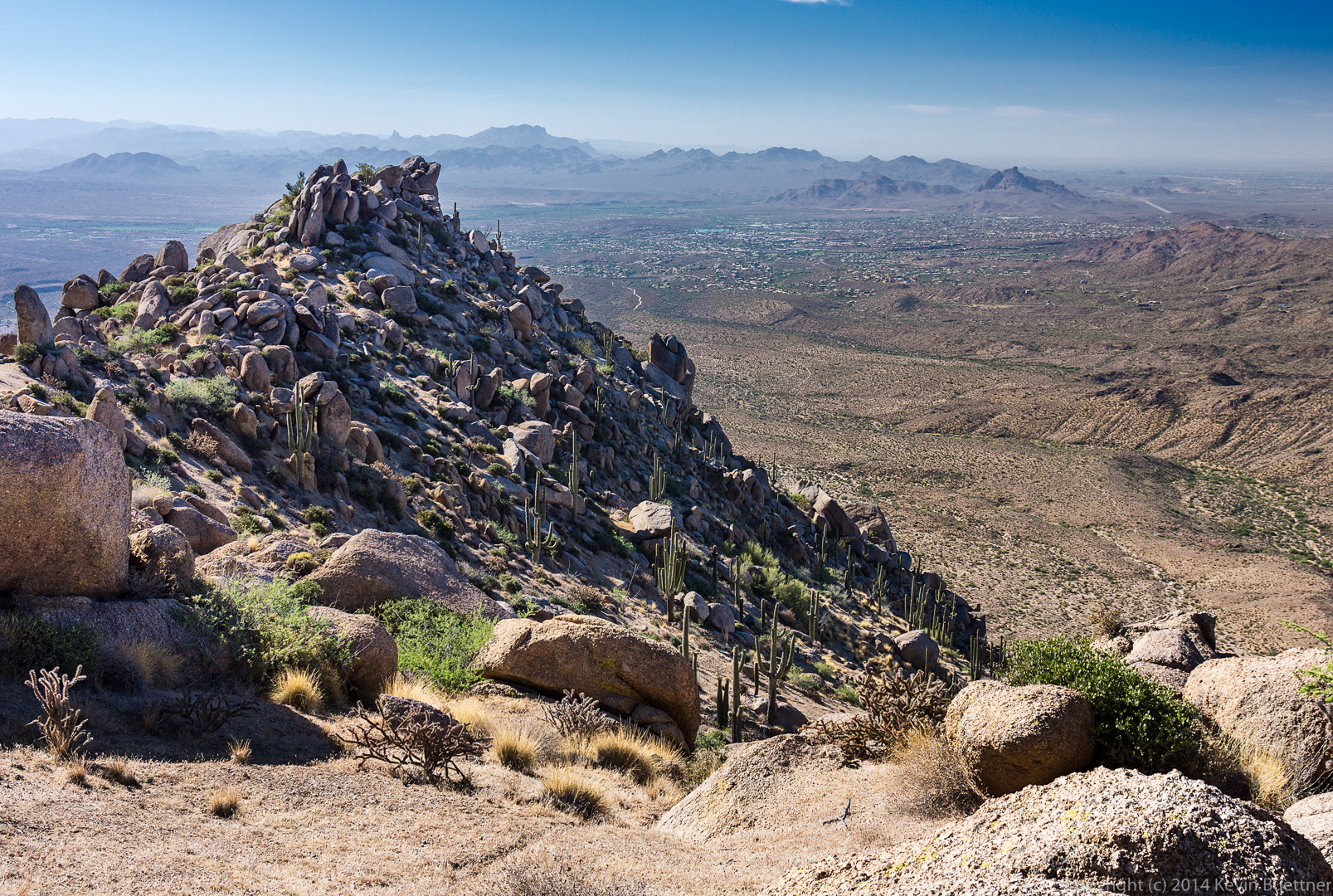 Bob and I hiked over to a rock formation known as Goat Hill.  This is a view from a rock pile somewhat east of Goat Hill. 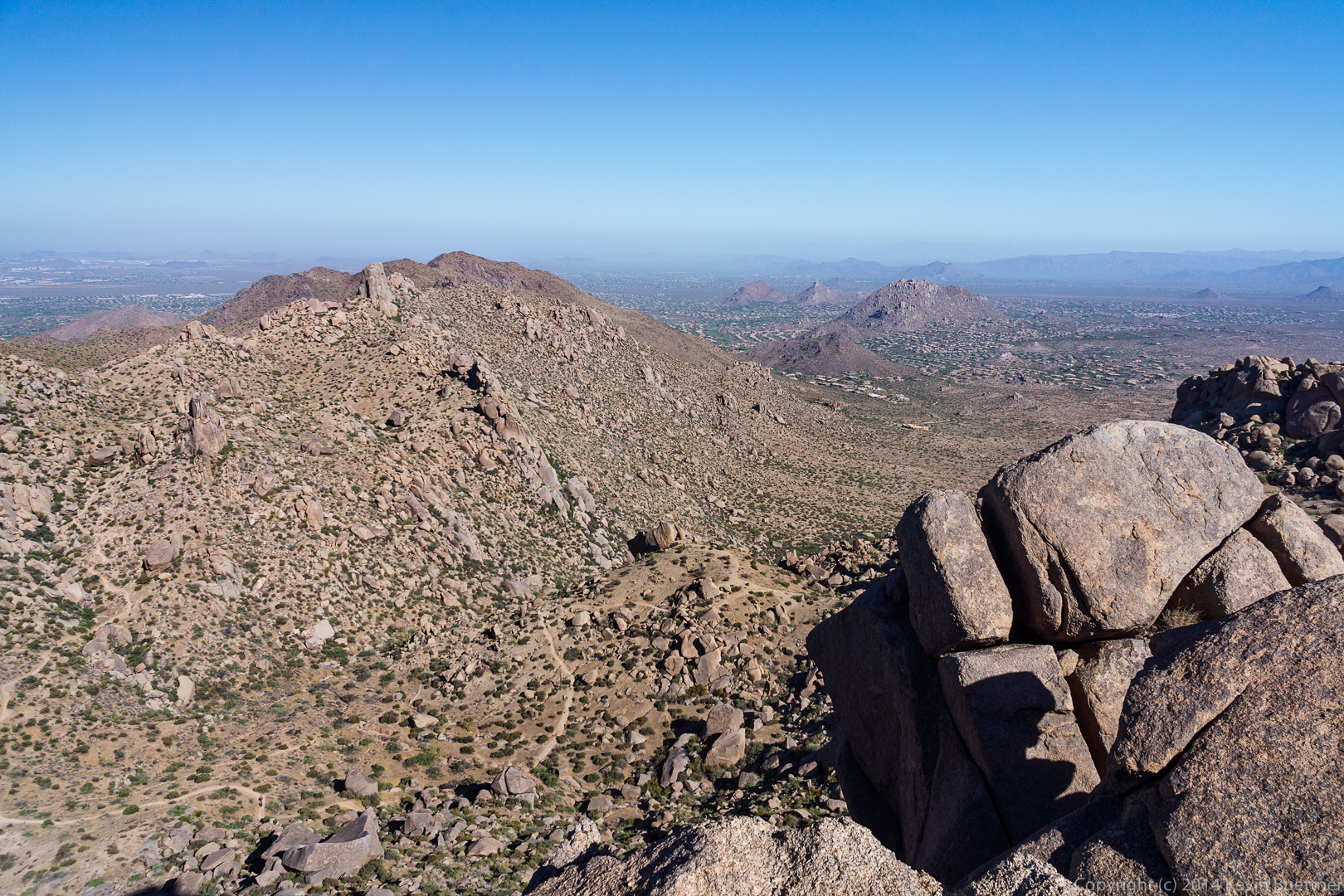 We made our way down that rock pile.  I took this photo from the “low” area in between the two rock piles. 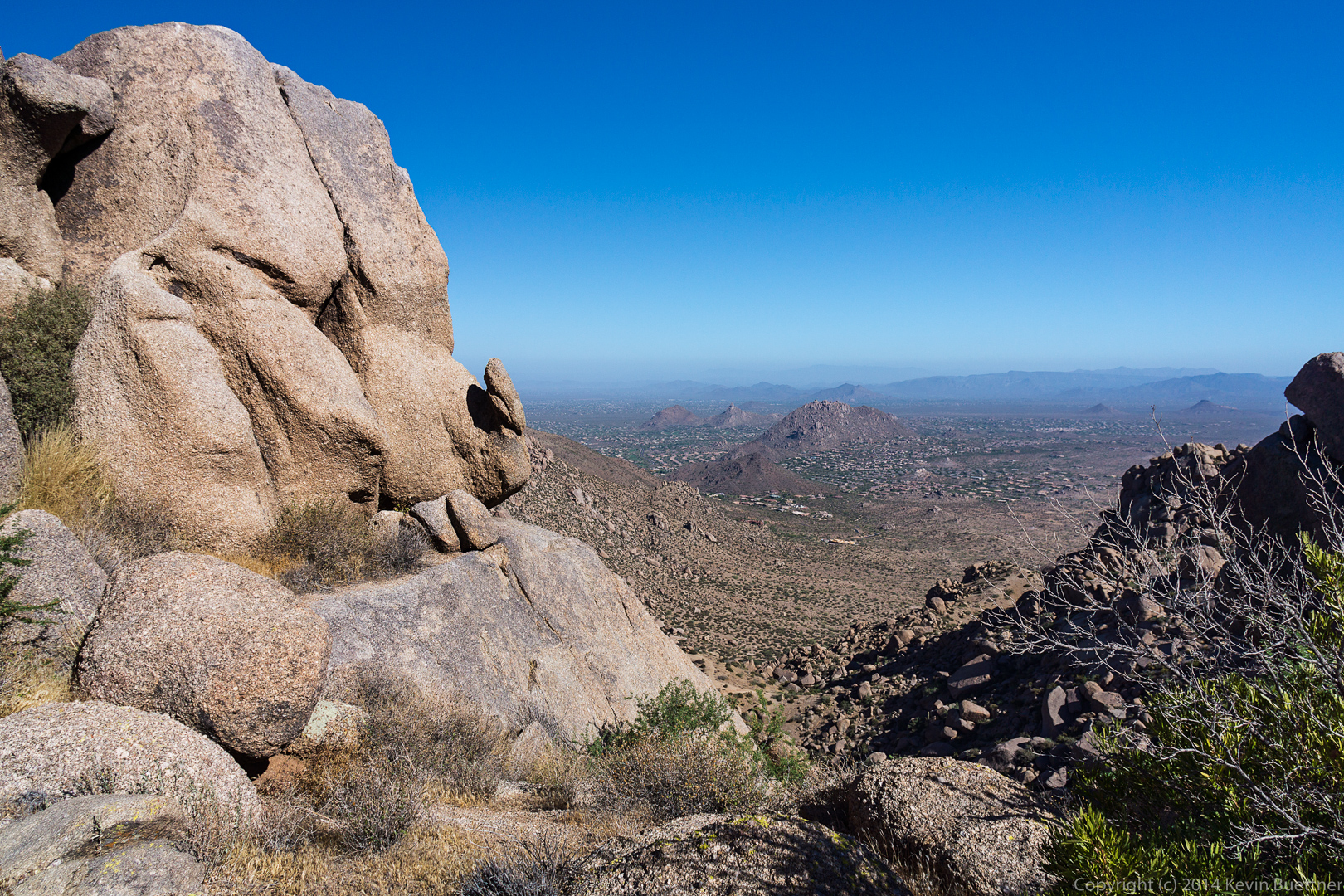 Bob, standing at the edge (and the top) of Goat Hill. 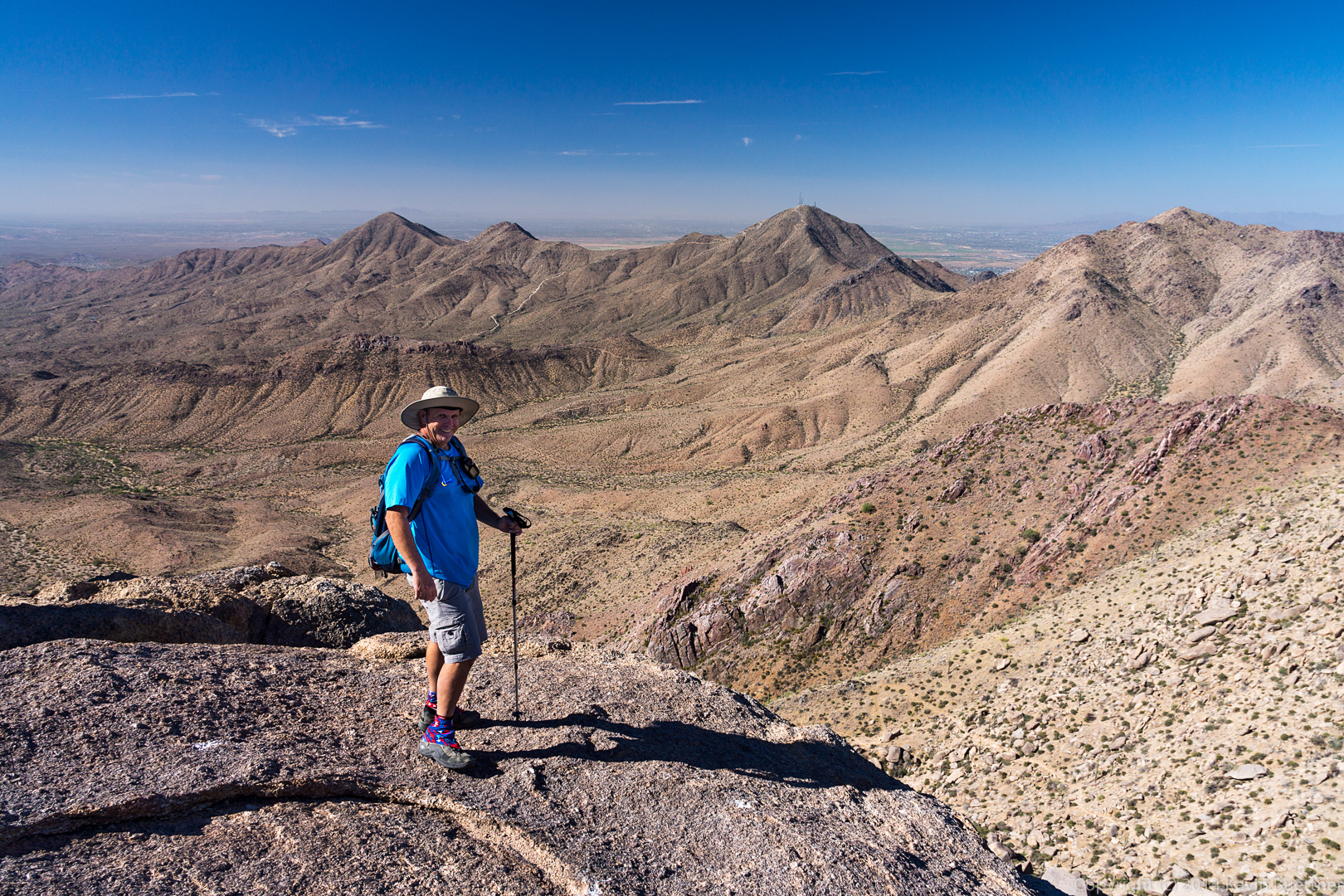 Bob took a photo of me in the same location. 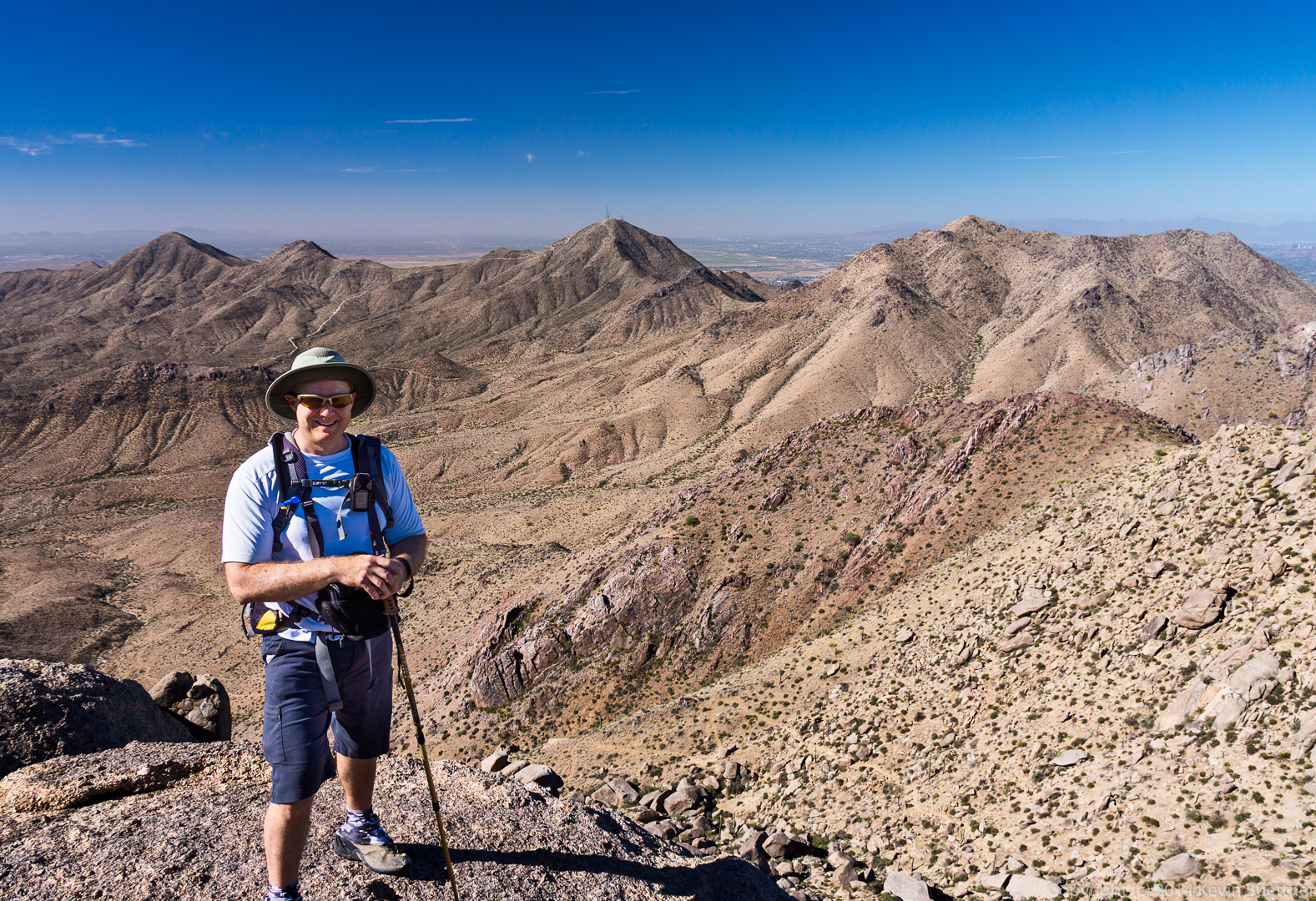 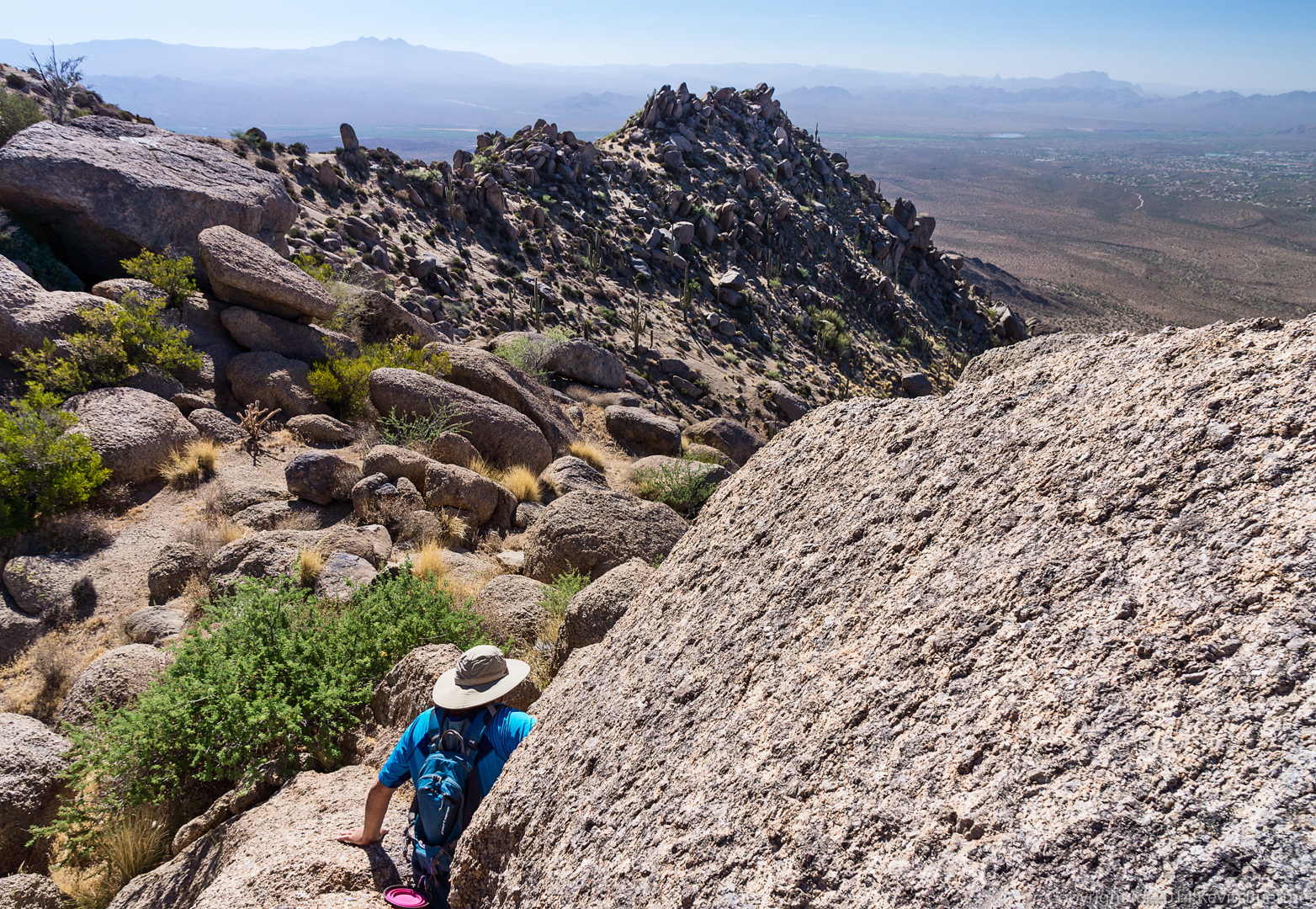 After leaving Goat Hill, we made our way over to the top of Morrell’s Wall (I think).  On the way back, we noticed that we had another great view of the Thumbnail Pinnacle.  In this shot, I zoomed my lens all the way to 70mm. 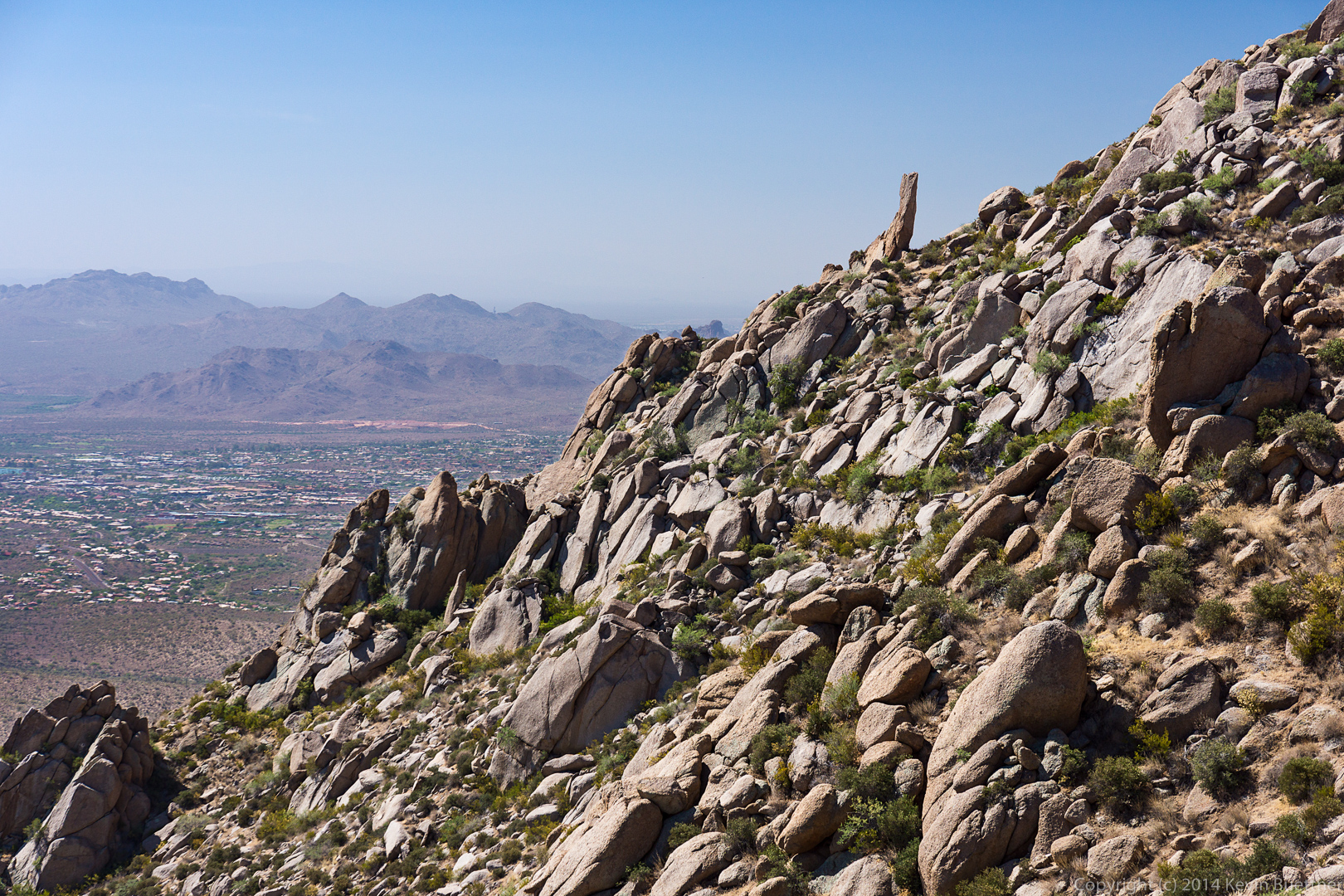 A wide angle view from the same location. 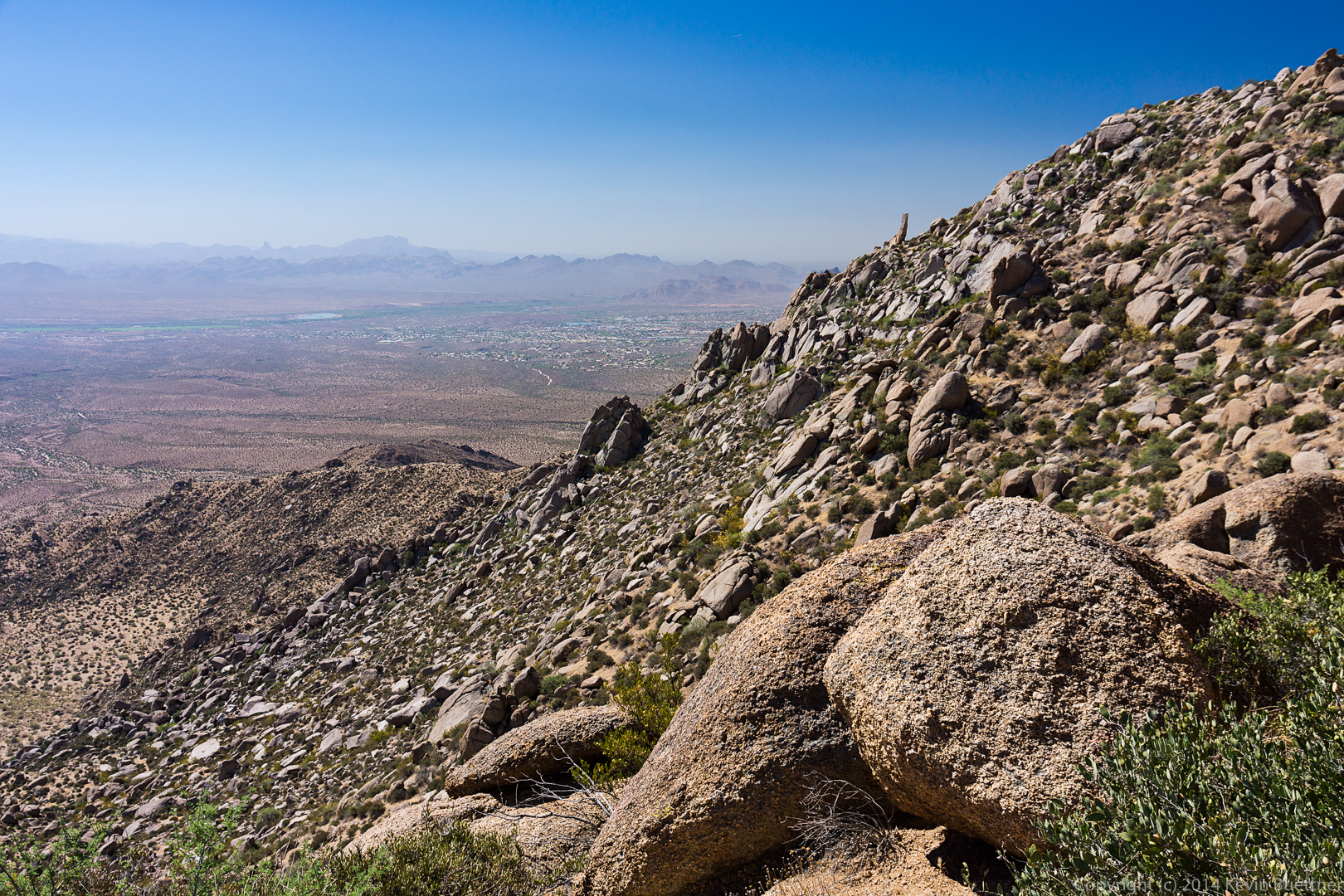 Views of Glass Dome, Tom’s Thumb, and Gardener’s Wall as we descended to rejoin the Tom’s Thumb Trail. 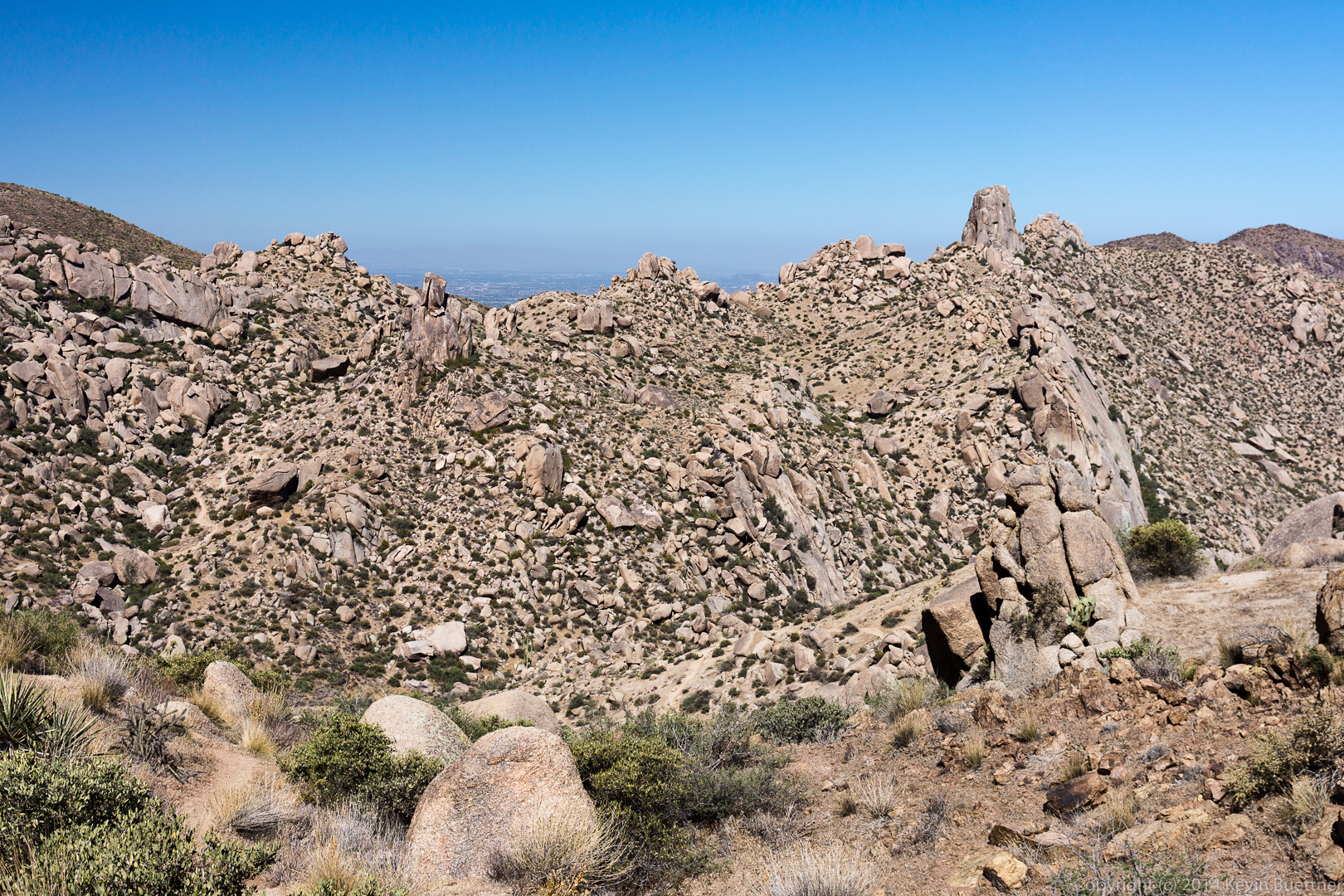