These are Marilyn’s photos from the hike that we did on our first full day in the Moab area. This was a new hike for us; it was a fun hike and we’ll definitely do it again some day. We all wore long pants because there’s a lot of poison ivy in the area.  We saw some big patches of it alongside the trail.  (A woman that we met along the way pointed it out to us; I didn’t know what it looks like.)

Marilyn took this shot from the trailhead.  A commemorative plaque is visible on the rock at the bottom of the photo.  We expected this to be a plaque about William Granstaff, after whom the canyon is named, but it was not. 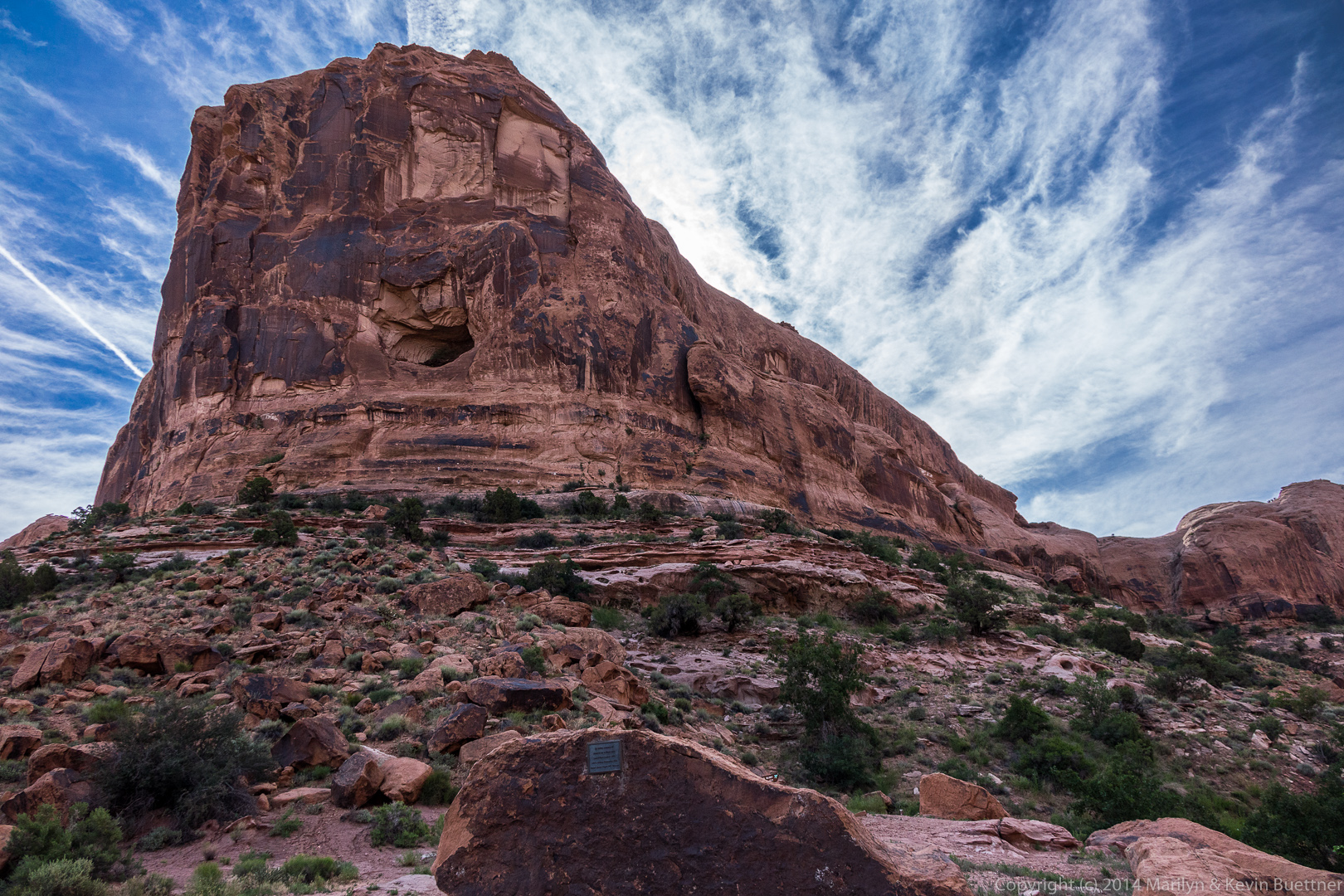 A photo of Kevin hiking ahead… 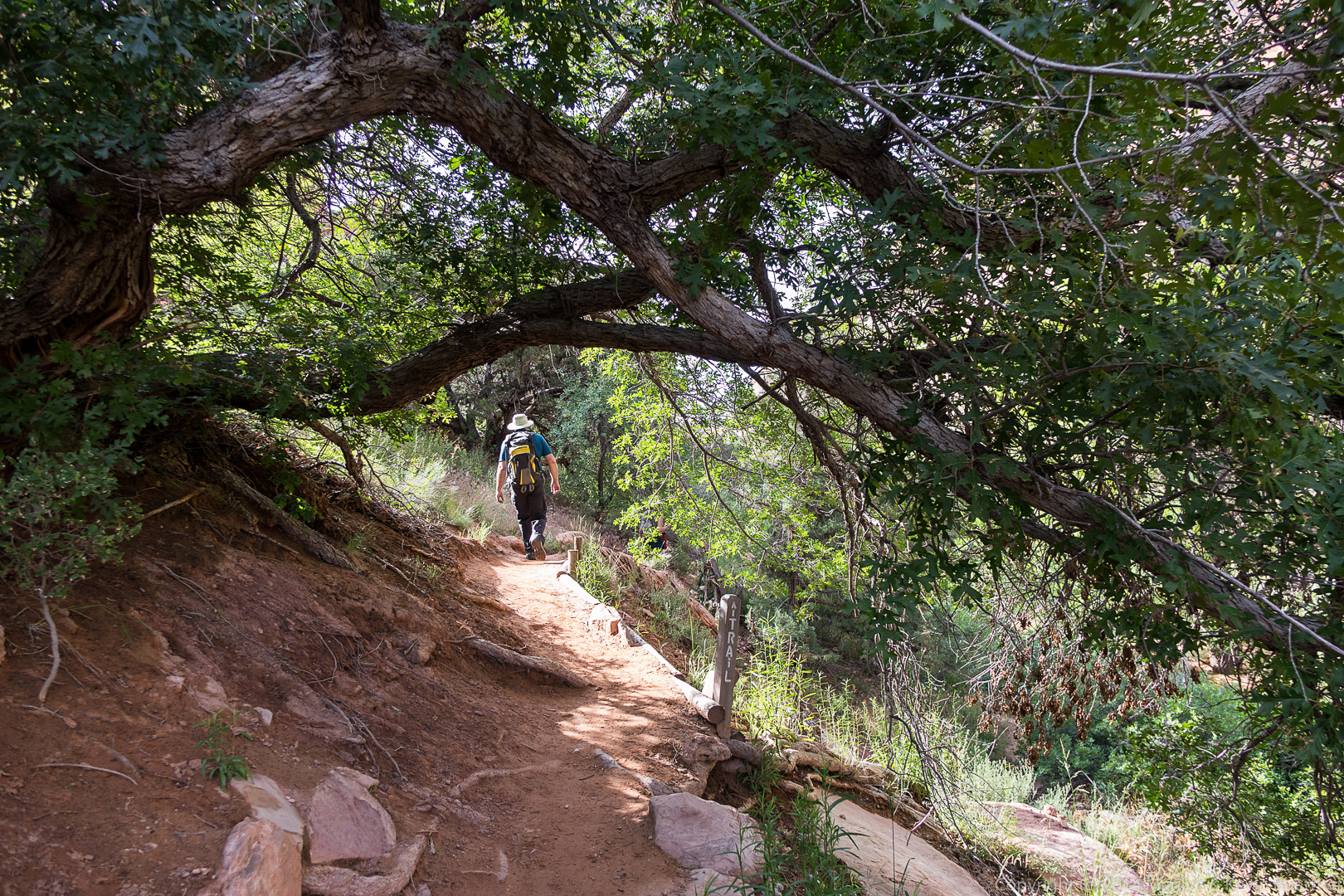 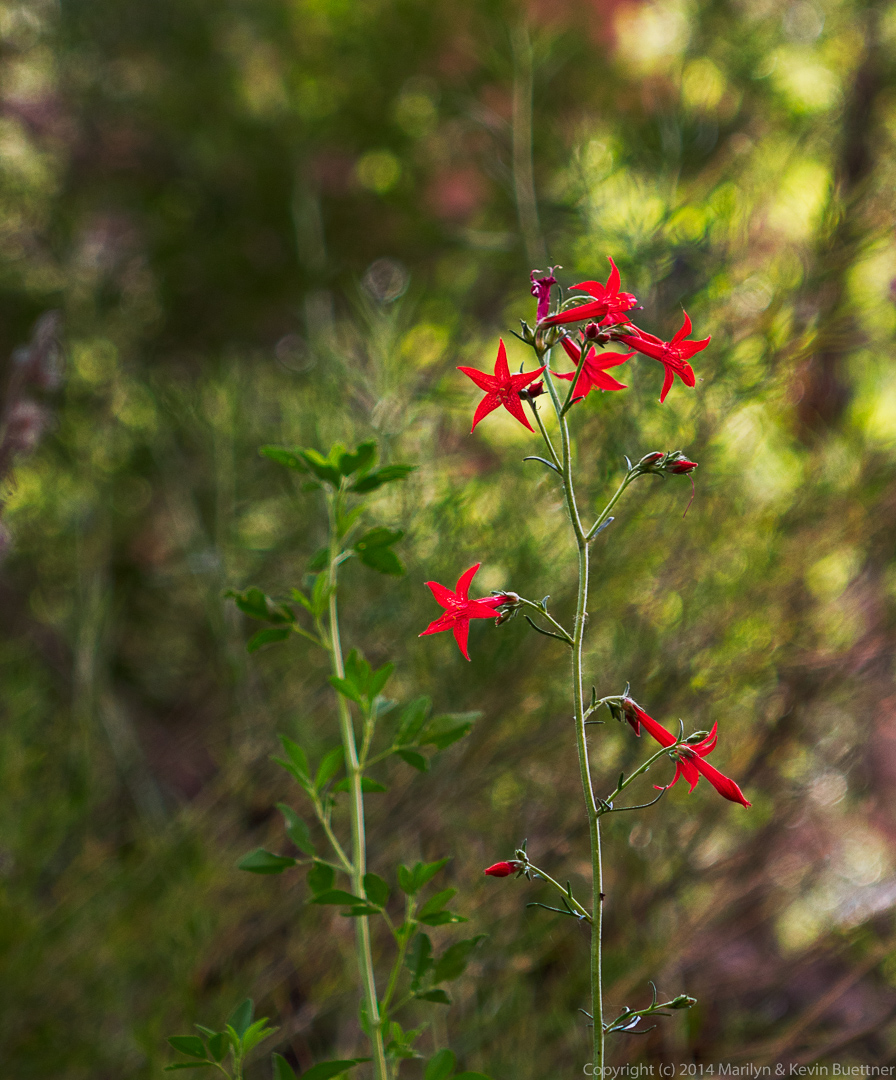 We had some nice clouds that day… 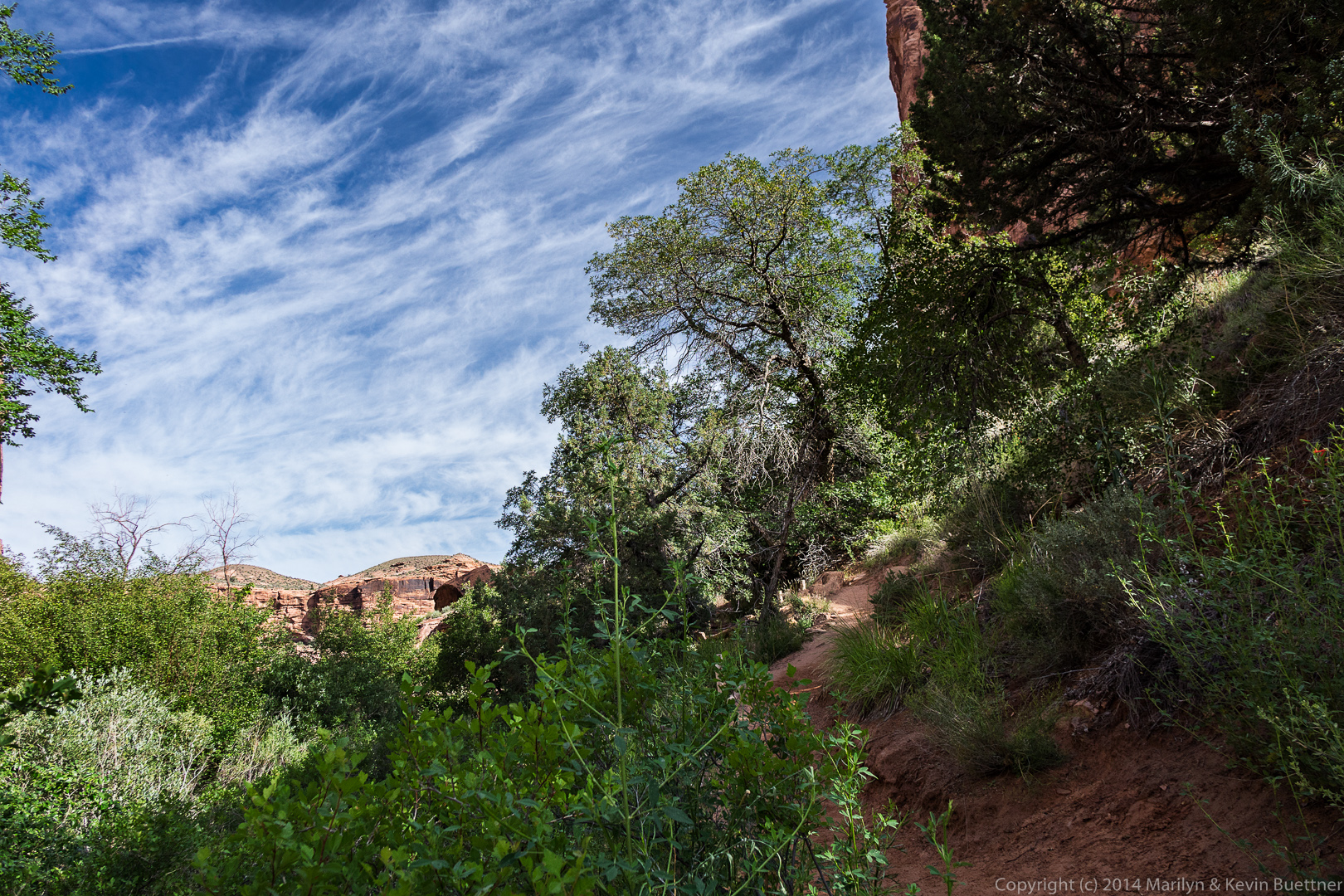 A photo of Kevin photographing the creek: 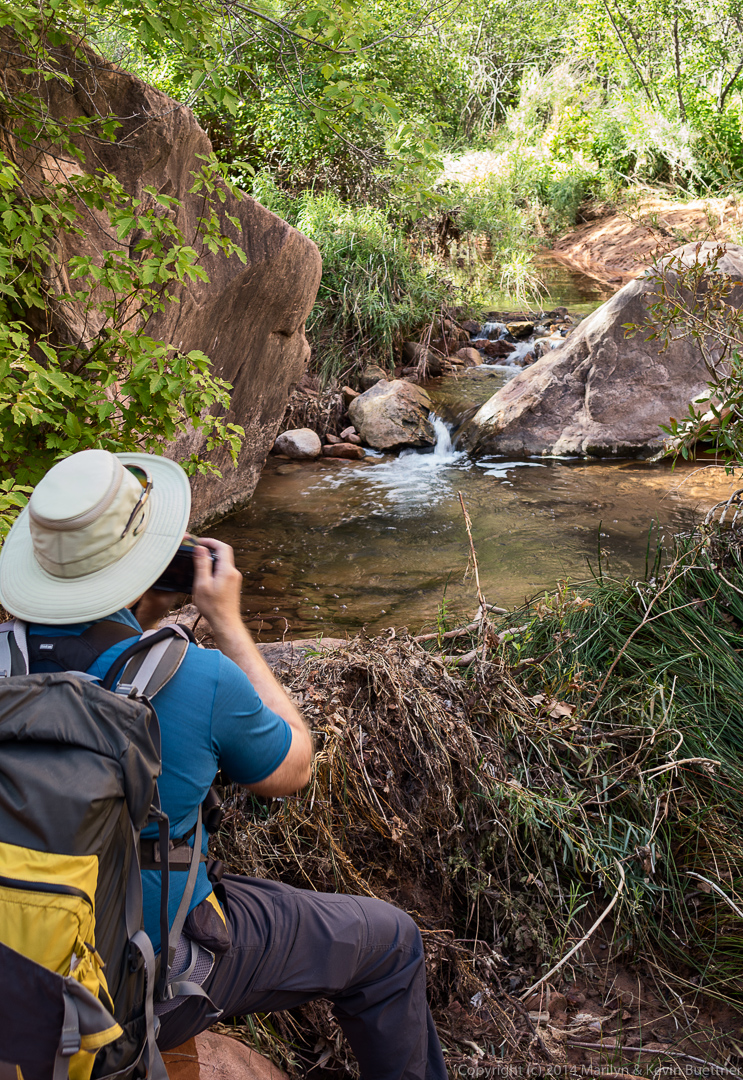 Here is a link to the photo I took from that vantage point.  The next photo, below, is the one that Marilyn took without me in it. 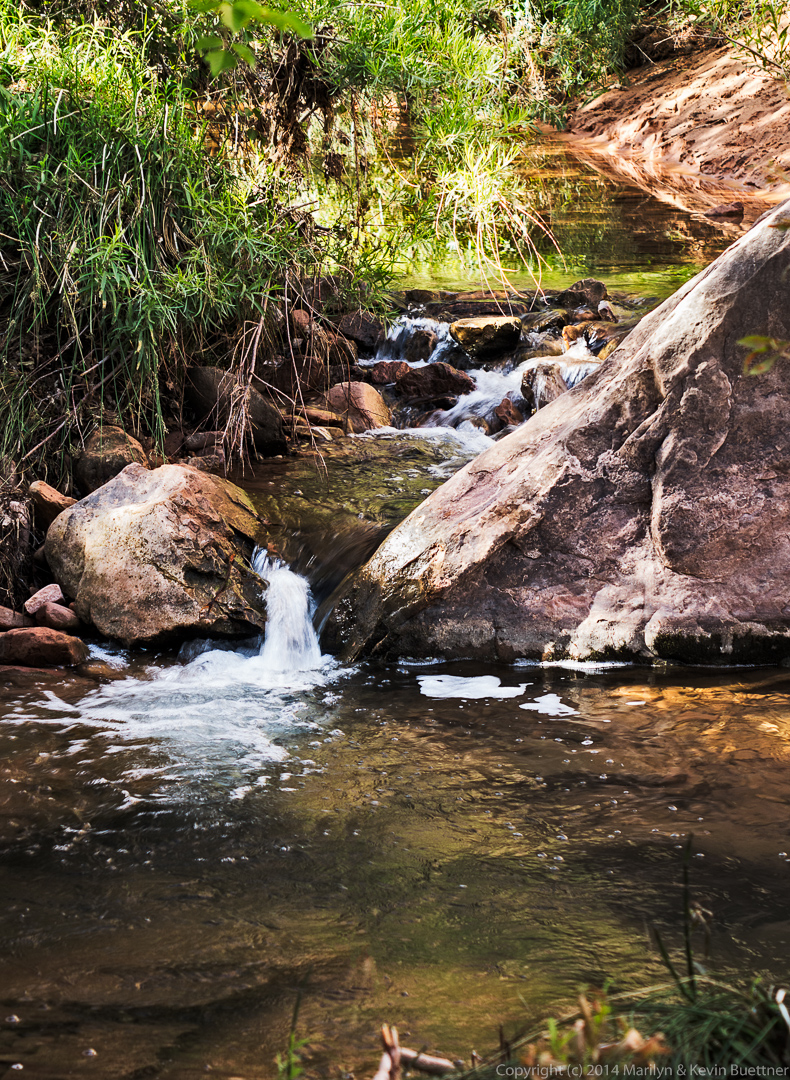 Another photo of Kevin… 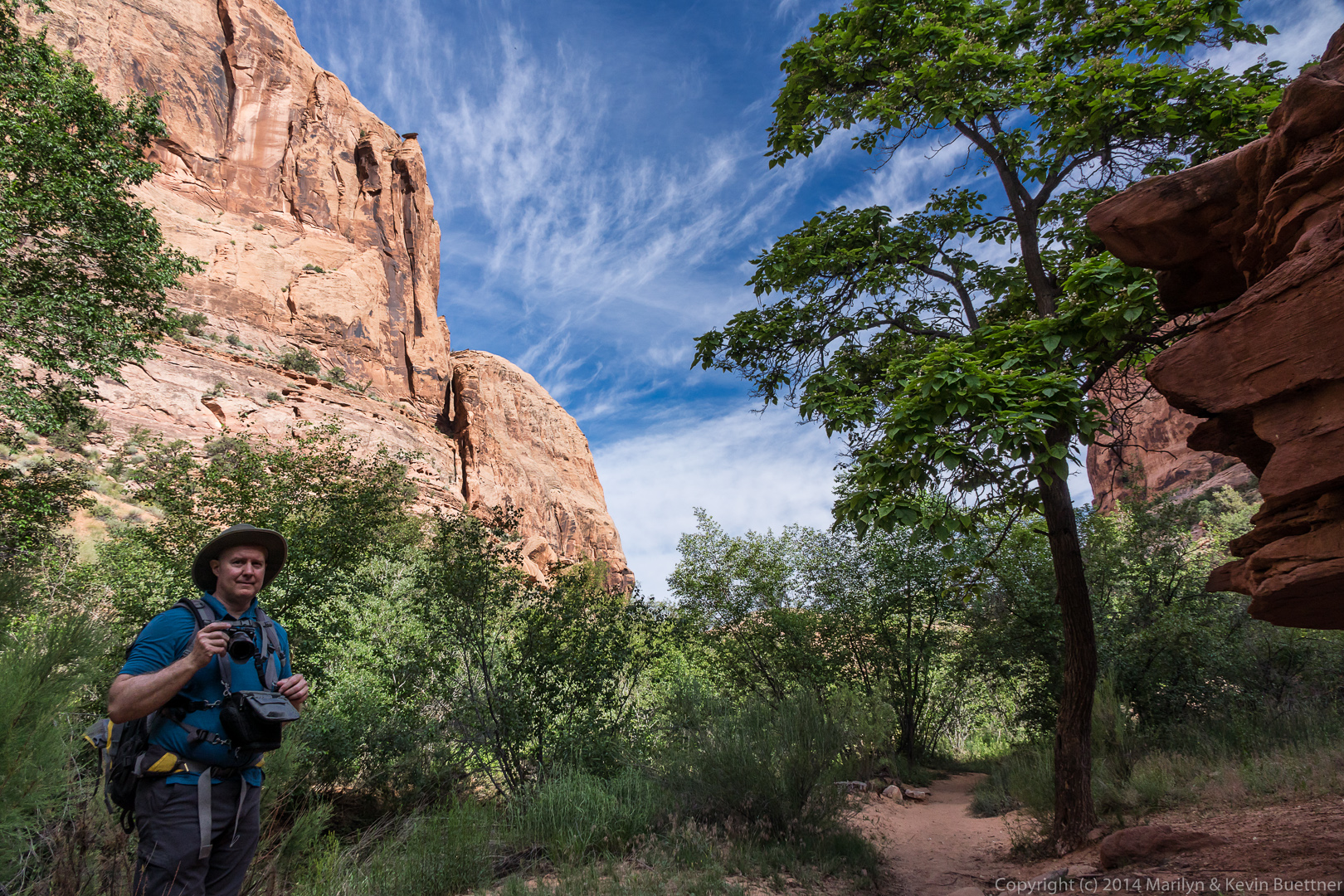 There Kevin is again! 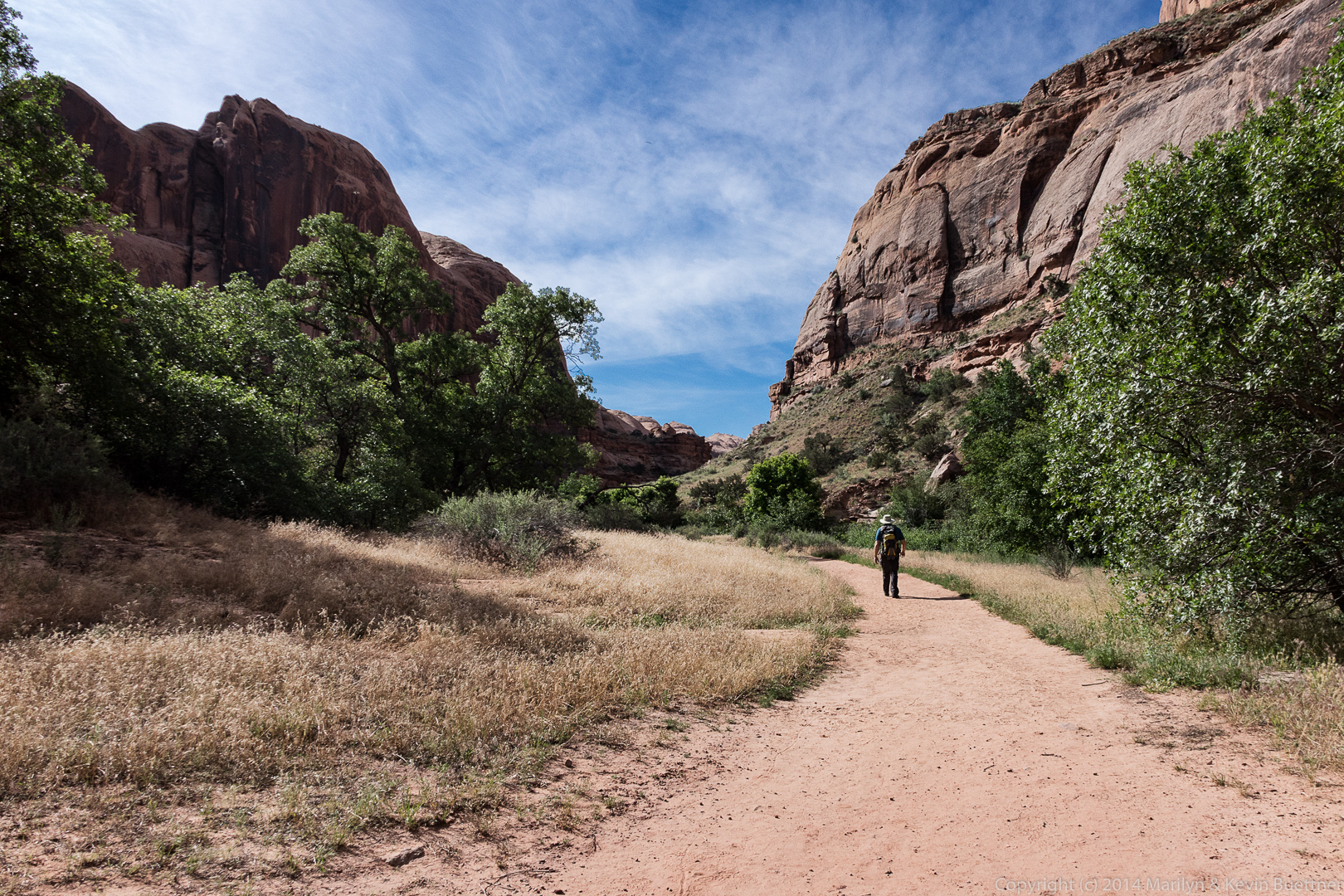 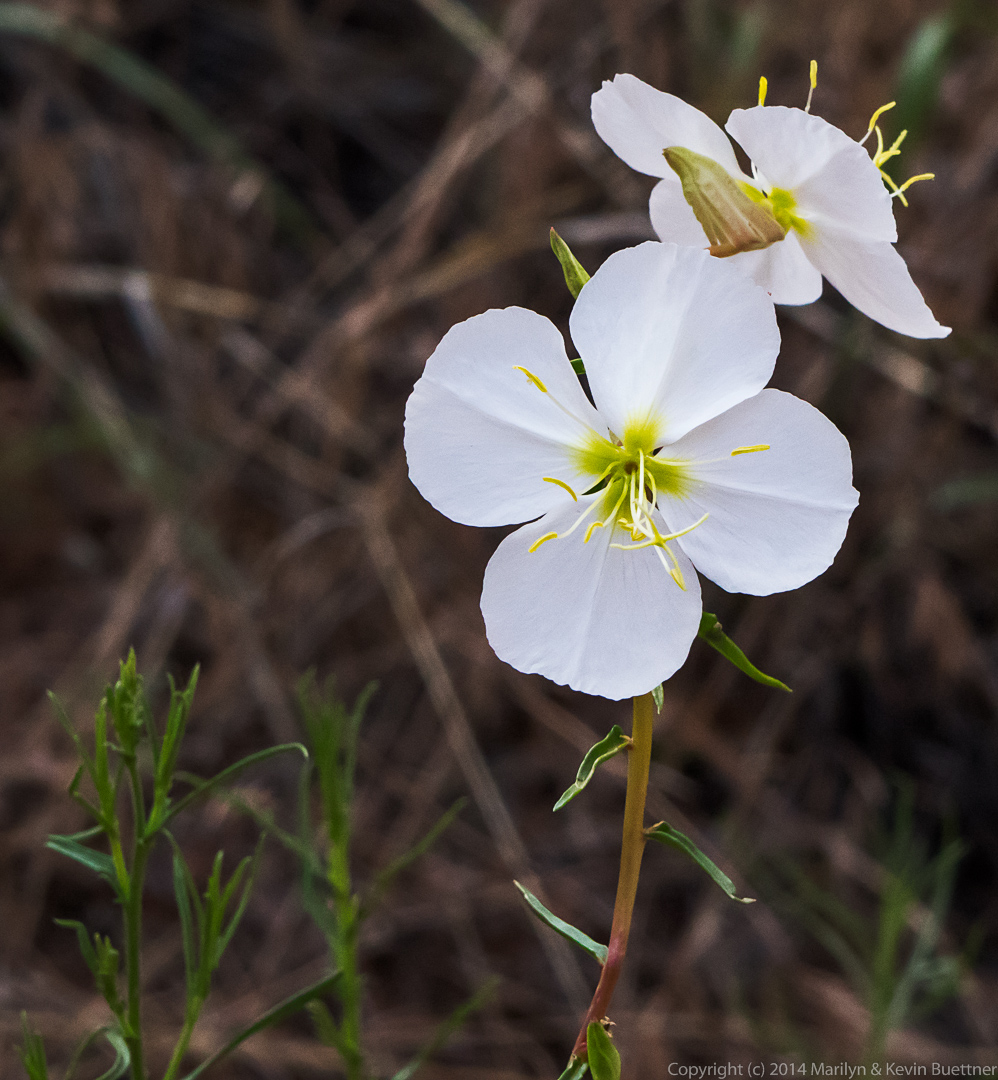 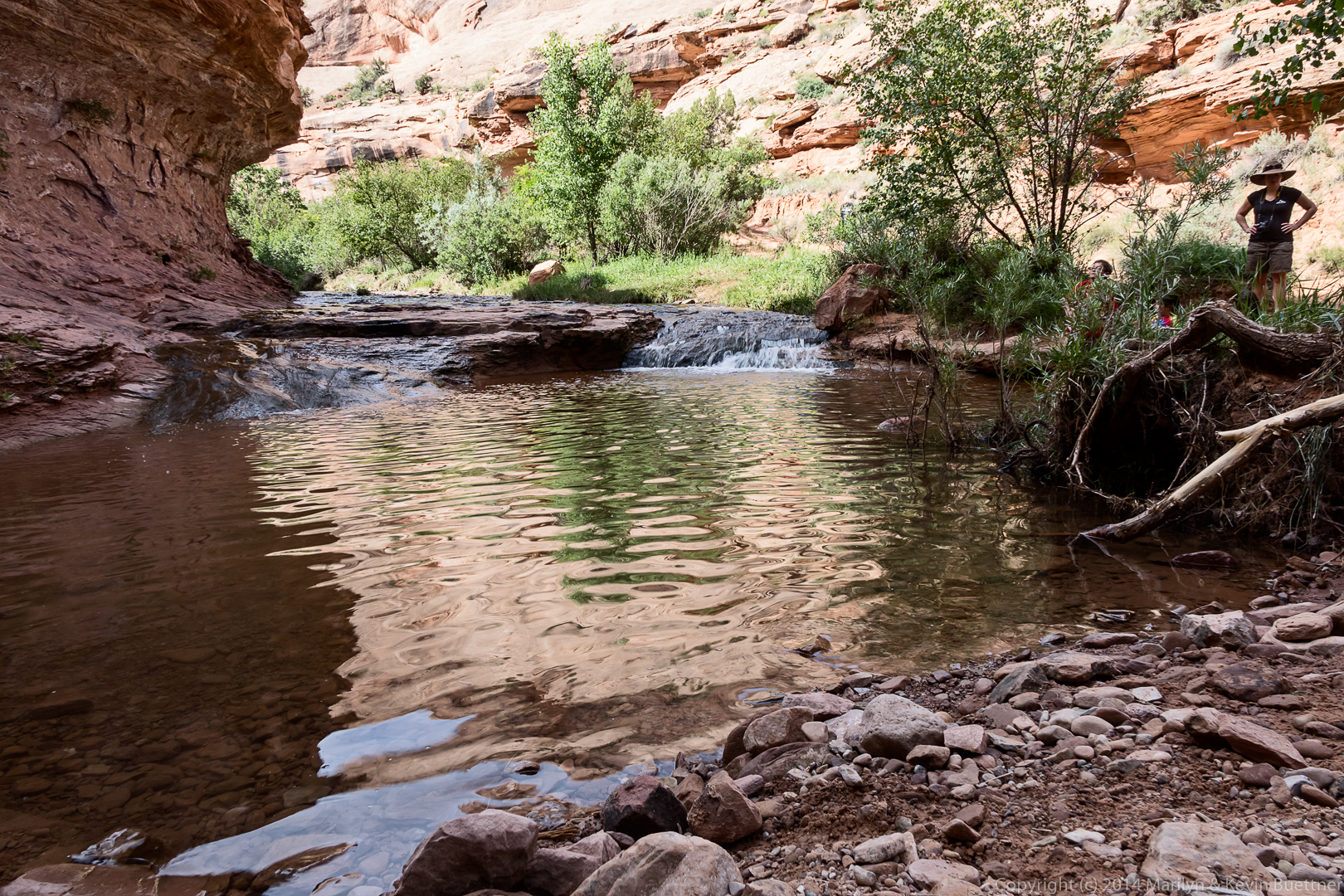 We had to ford the creek quite a few times on our way out to Morning Glory Bridge: 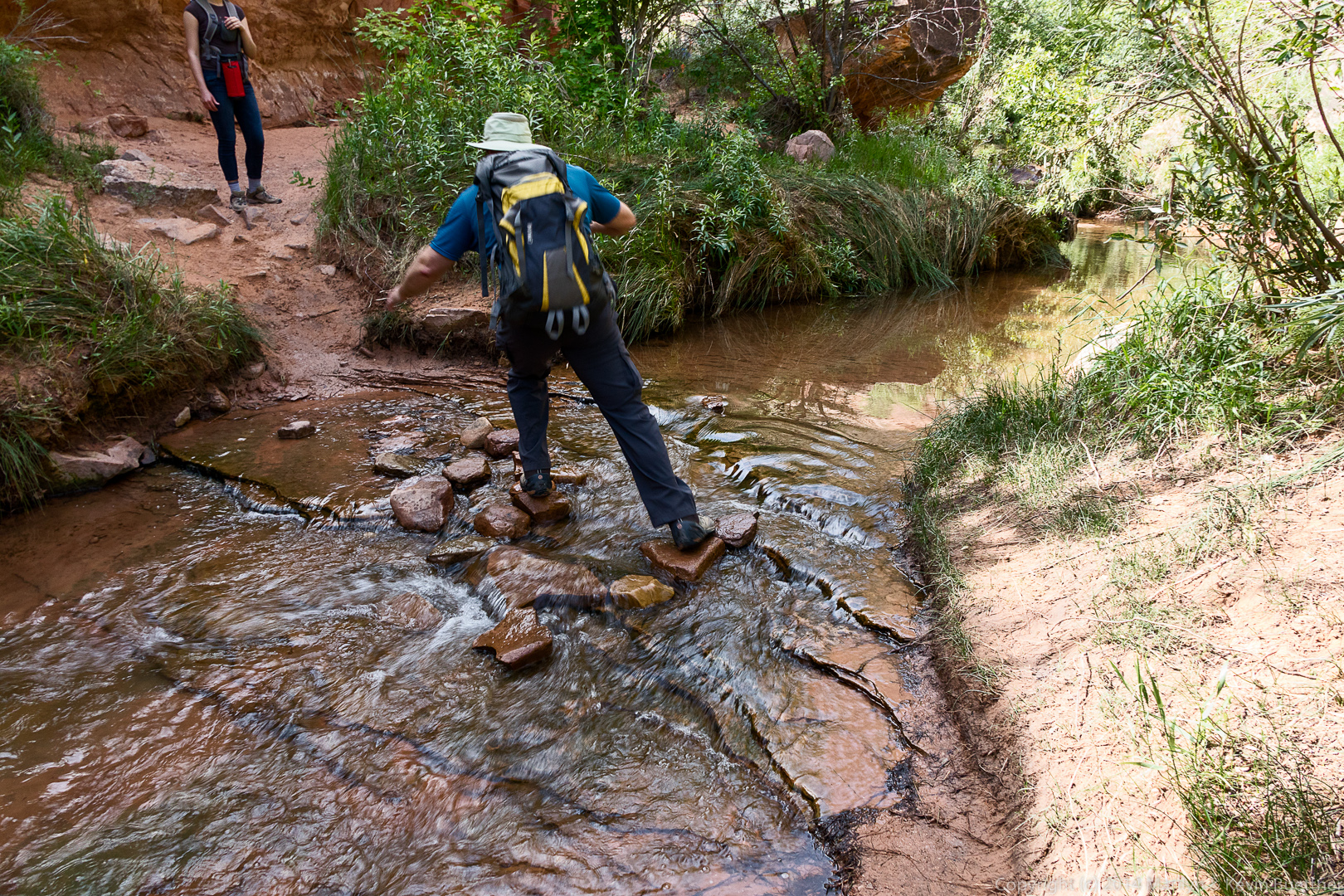 This is the first glimpse of Morning Glory Bridge.  I didn’t even know it was there when I passed this point. 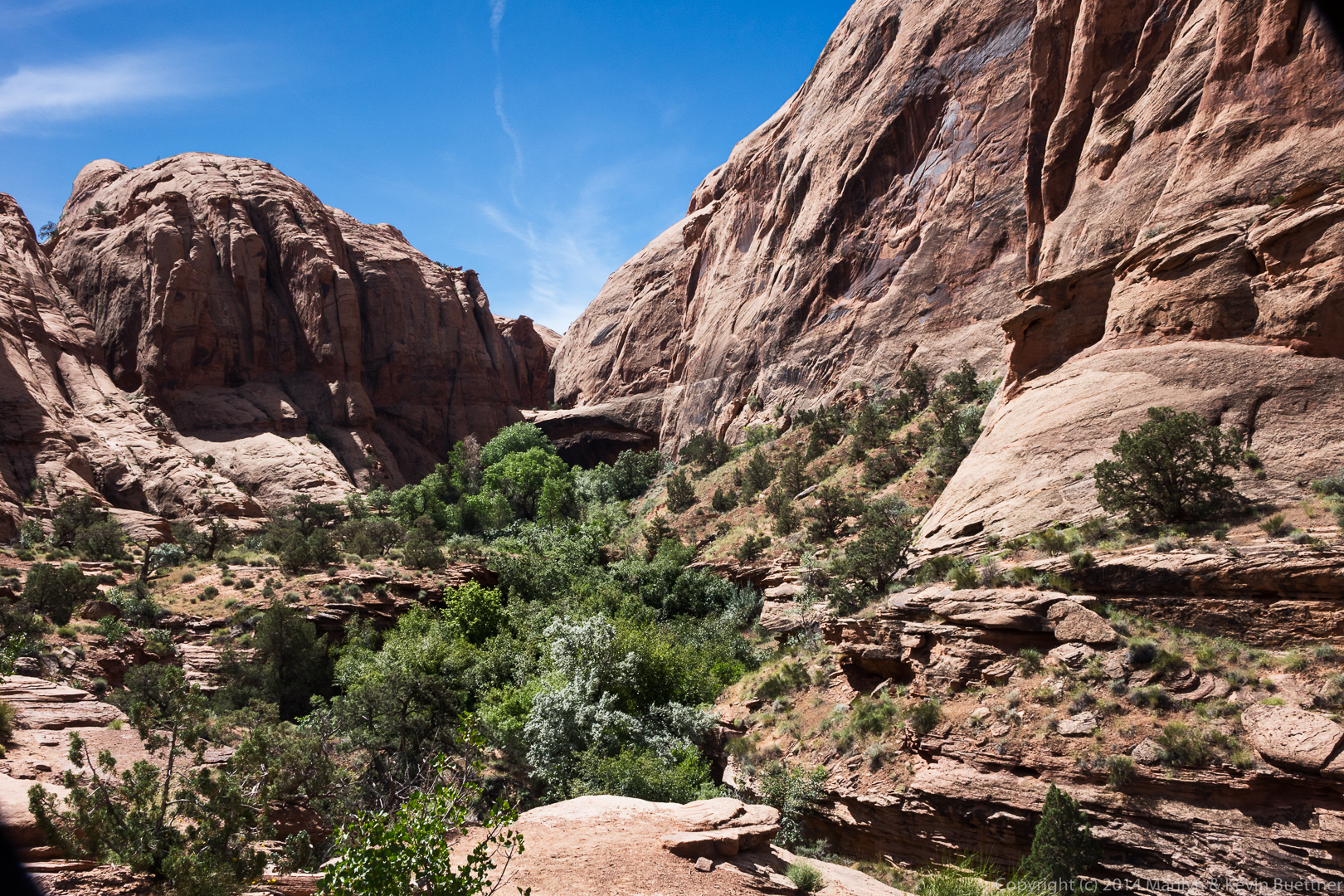 A closer view of Morning Glory Bridge.  The group who eventually rappelled down the wall behind the bridge are on top of the bridge in this photo. 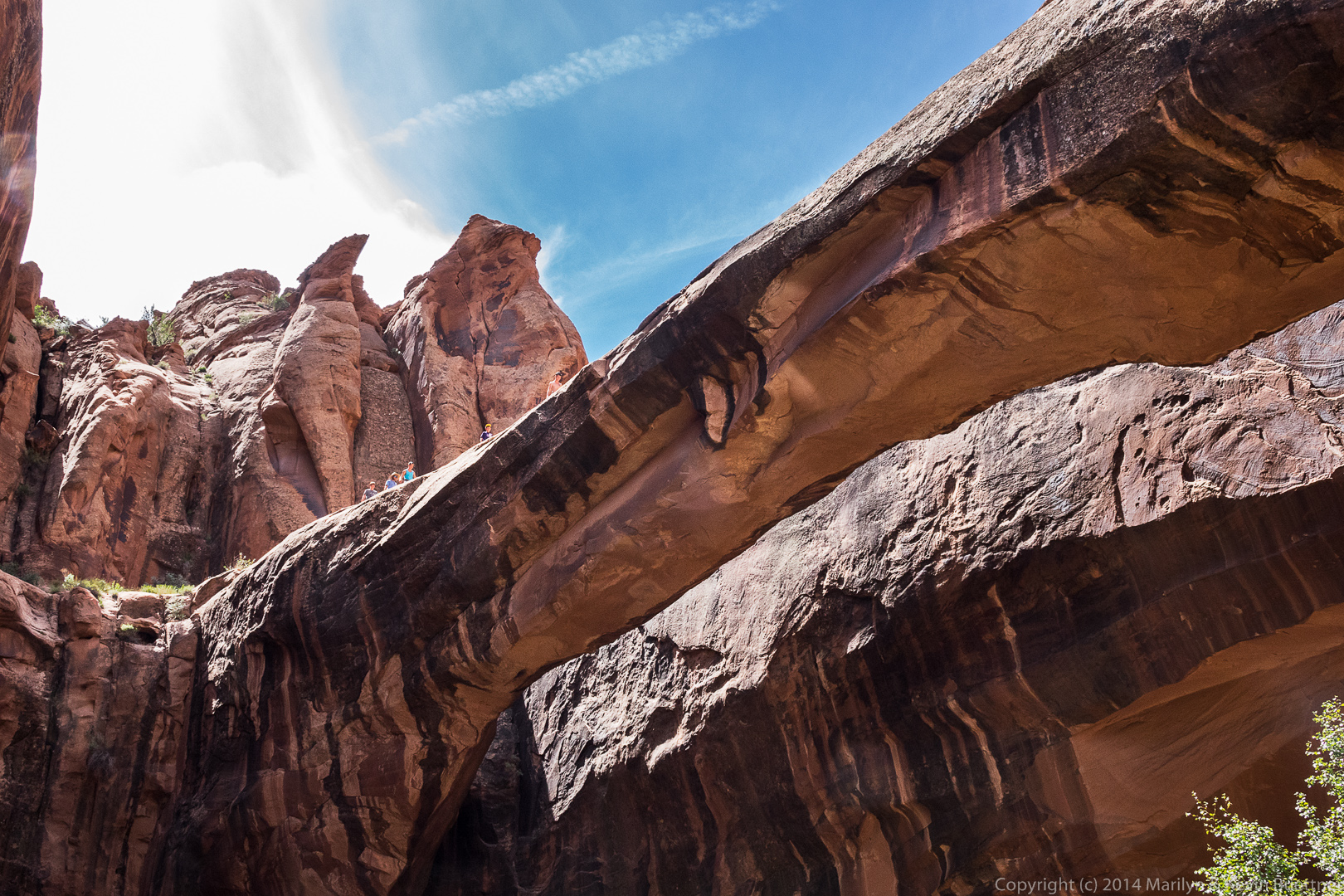 One of the rappellers: 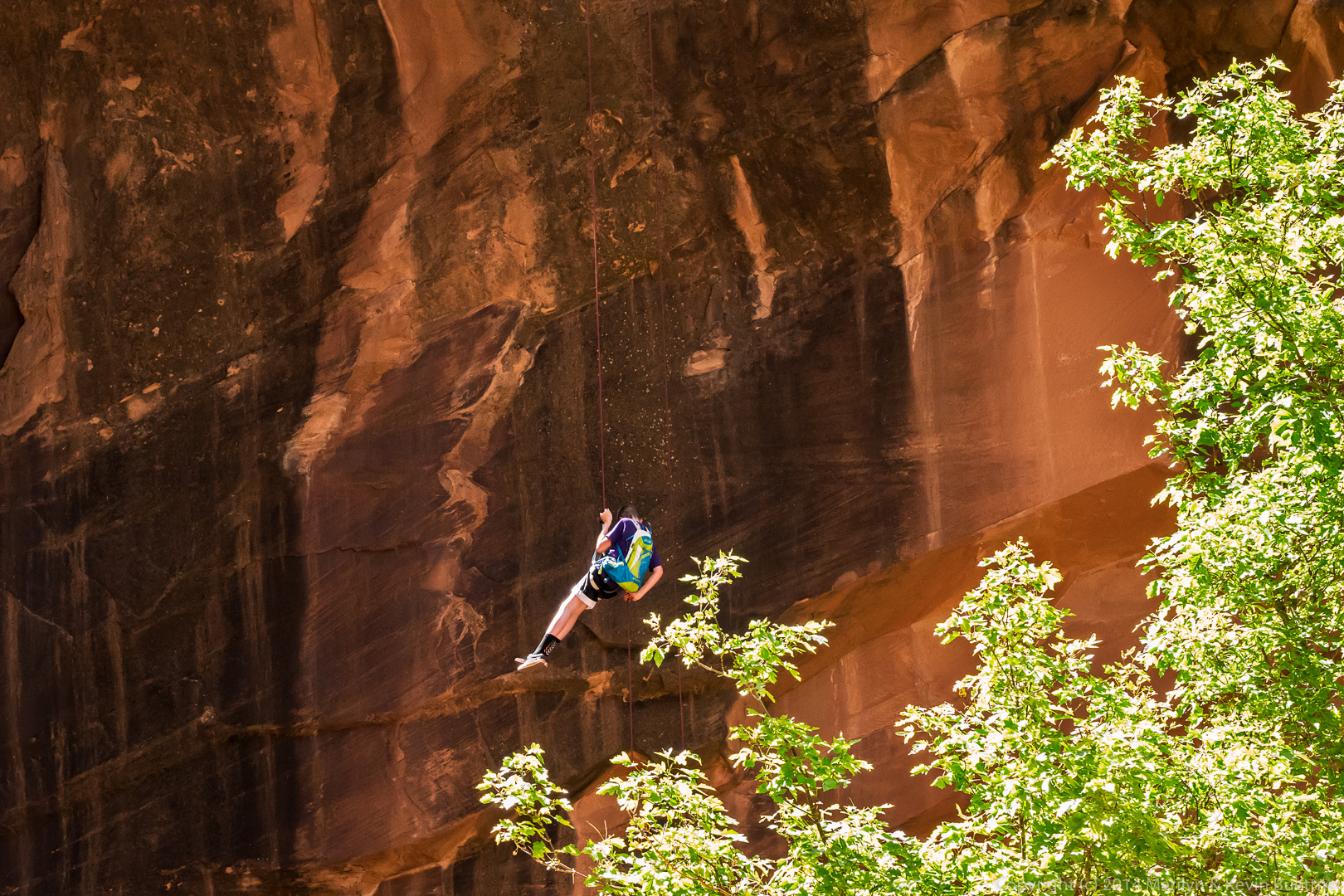 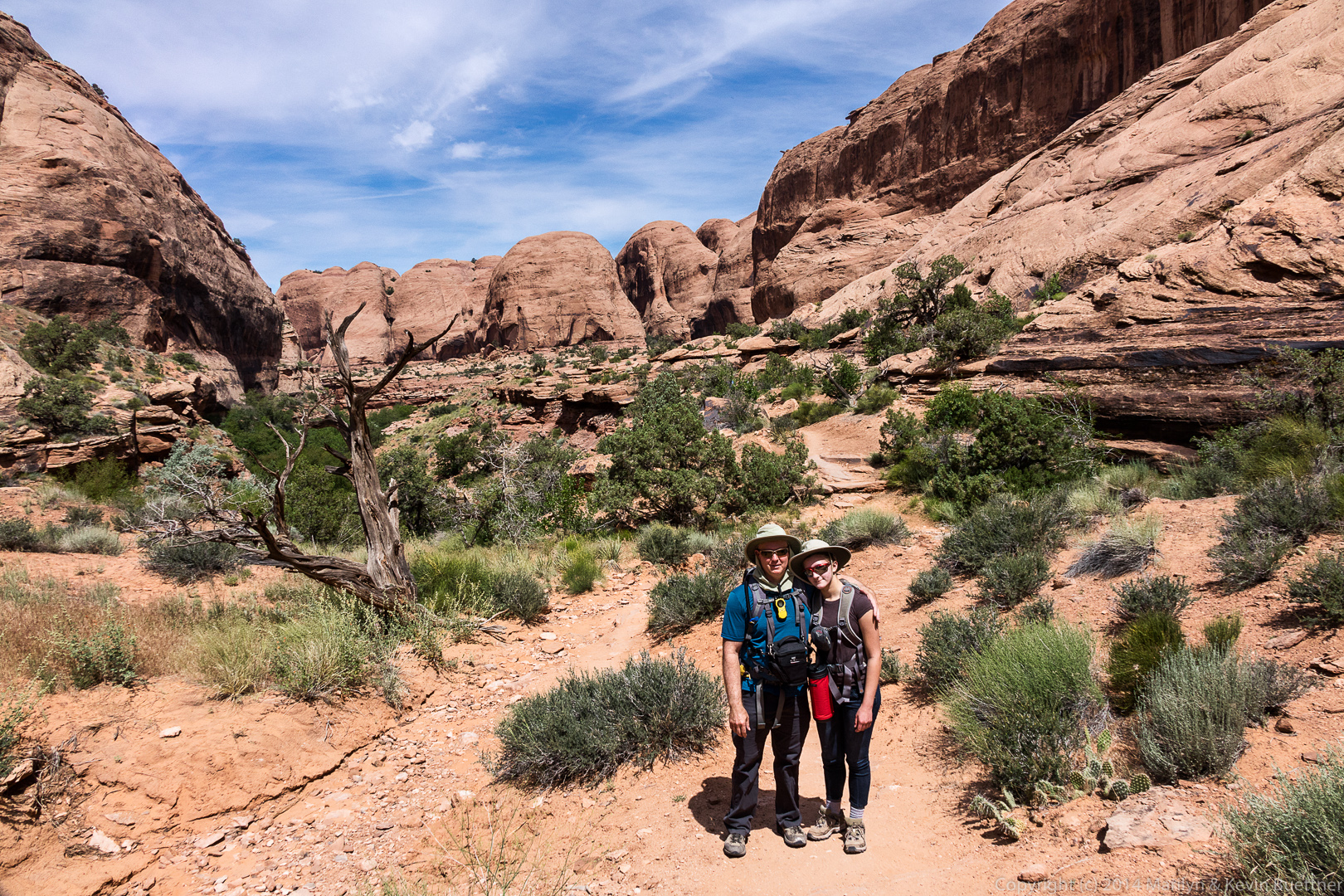 Island in the Sky – OOC vs Lightroom+Photoshop Edit Comparisons