A new ginger tomcat has come to our neighborhood.  We’ve named him MangledEar because one of his ears is seriously damaged from the fights he’s been in.  He and Gandalf are vying for Minstrel’s affections.  I’ve seen the three of them together on our balcony and in our backyard.

I saw Gandalf and Minstrel together (alone) earlier today, but I doubt that MangledEar has been run off for long.

Here is MangledEar.  I have even better photos of his ear, but I think this one conveys the idea. 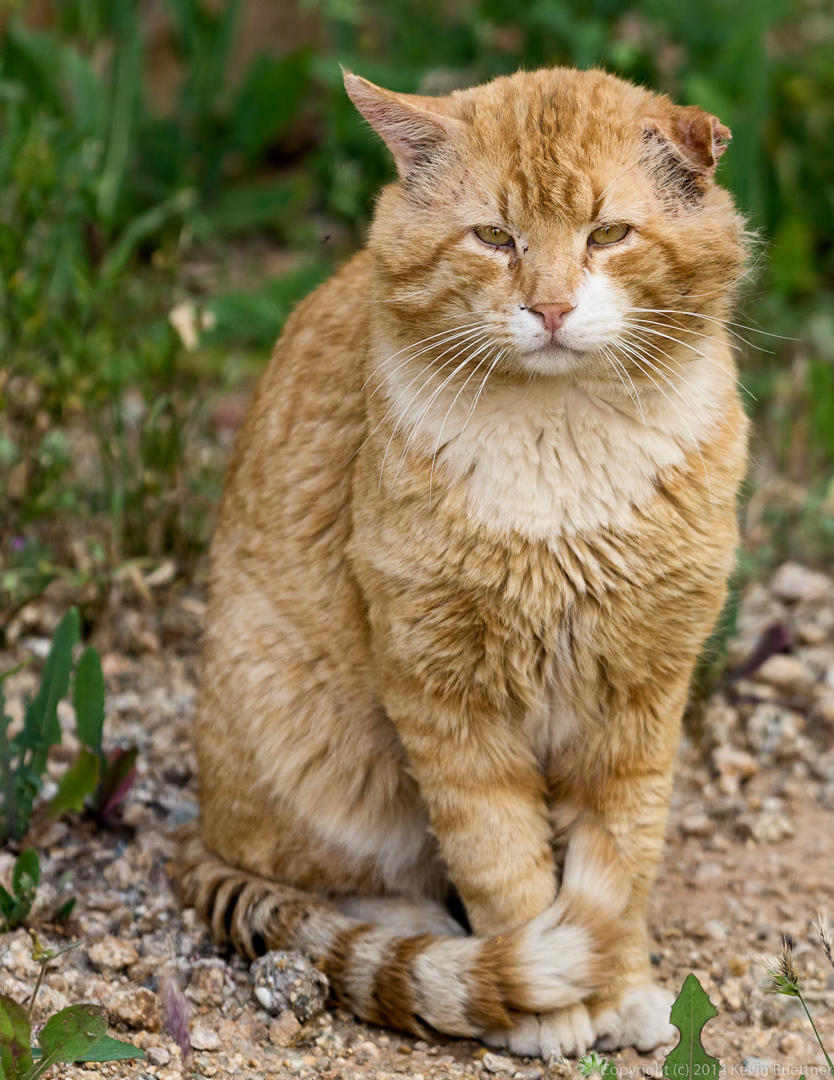 Gandalf atop the beam.  He looks bored here. 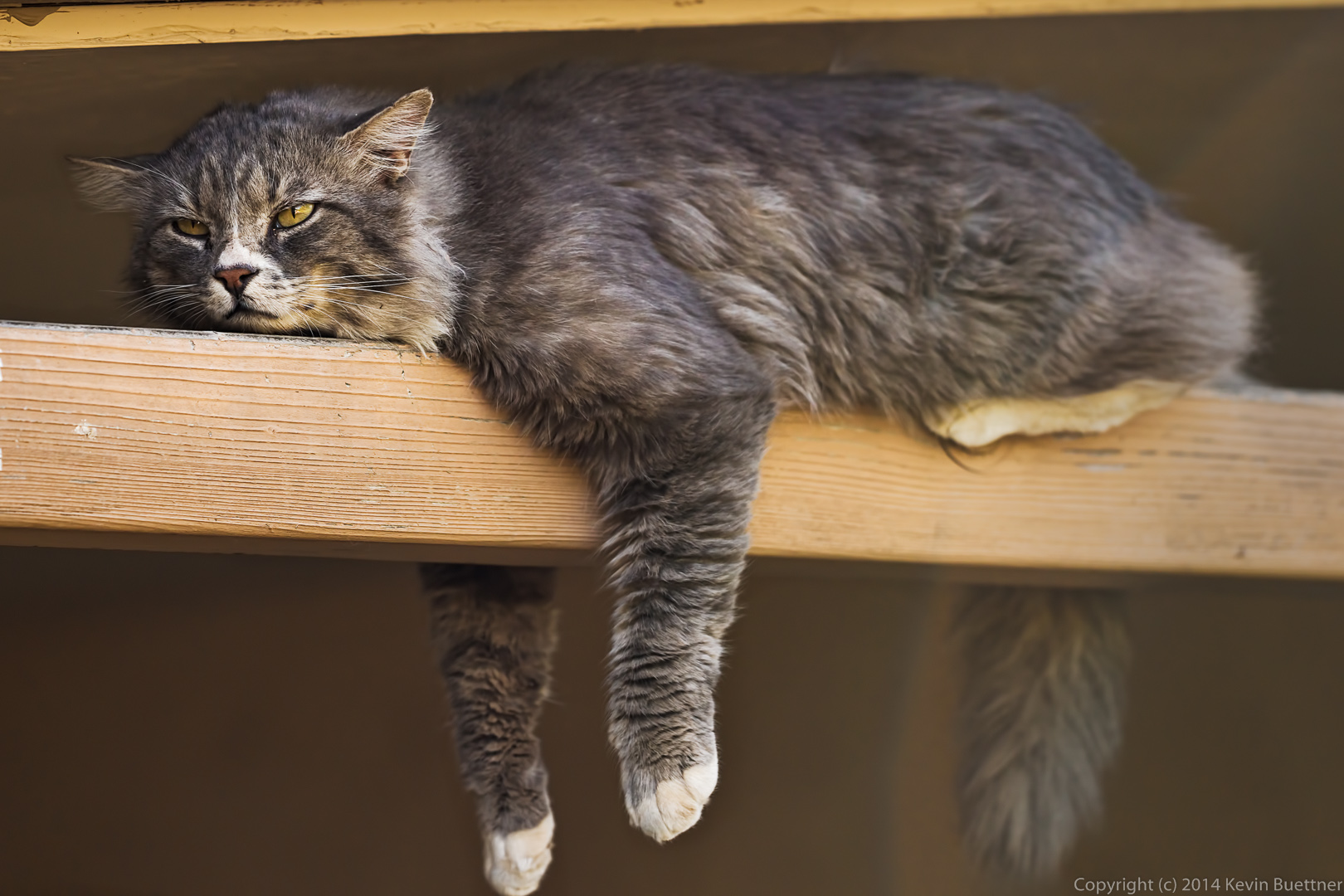 Minstrel was sleeping atop this pillar, but woke up briefly for this photo. 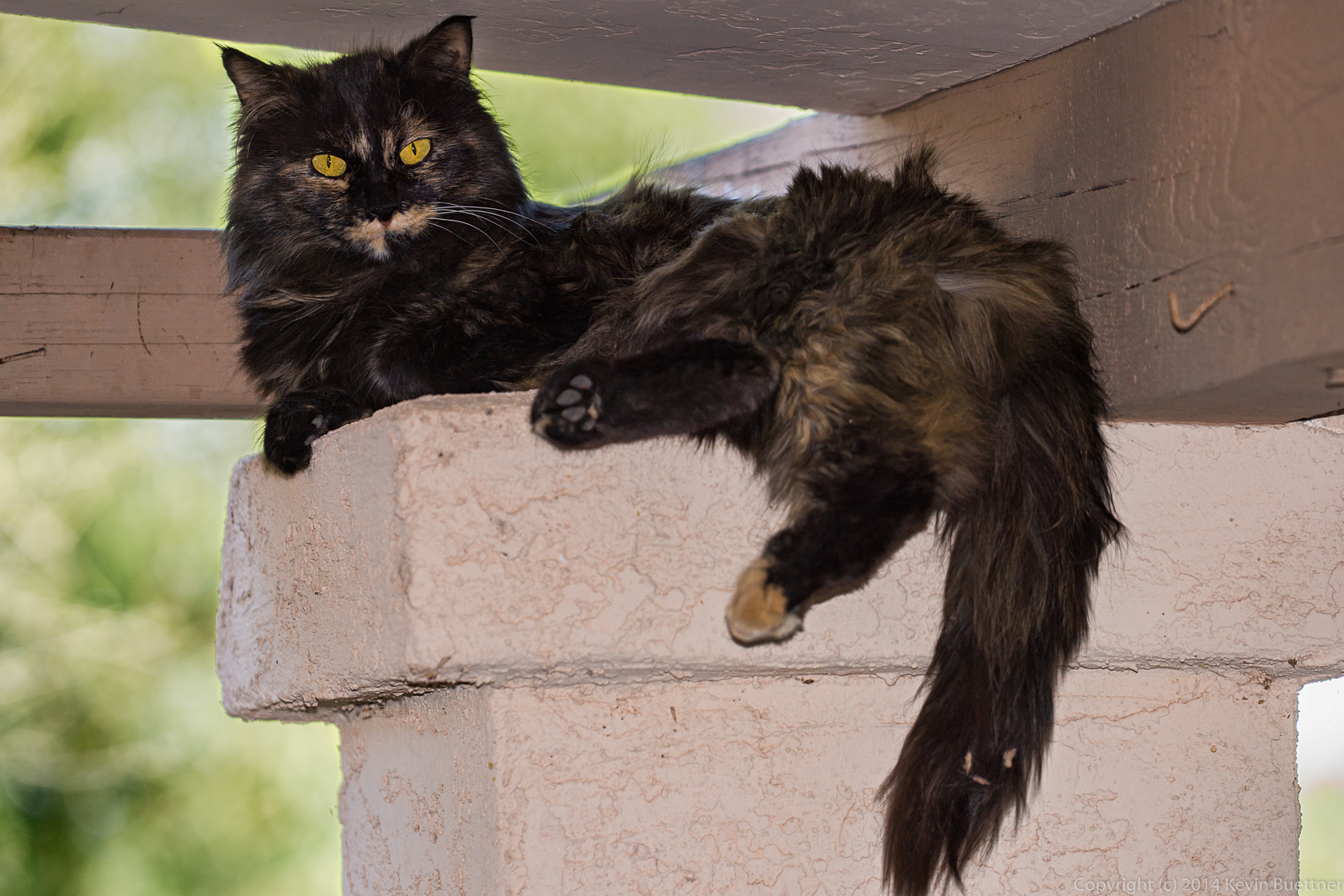 Another view of Gandalf; he was only a foot or two away from Minstrel. 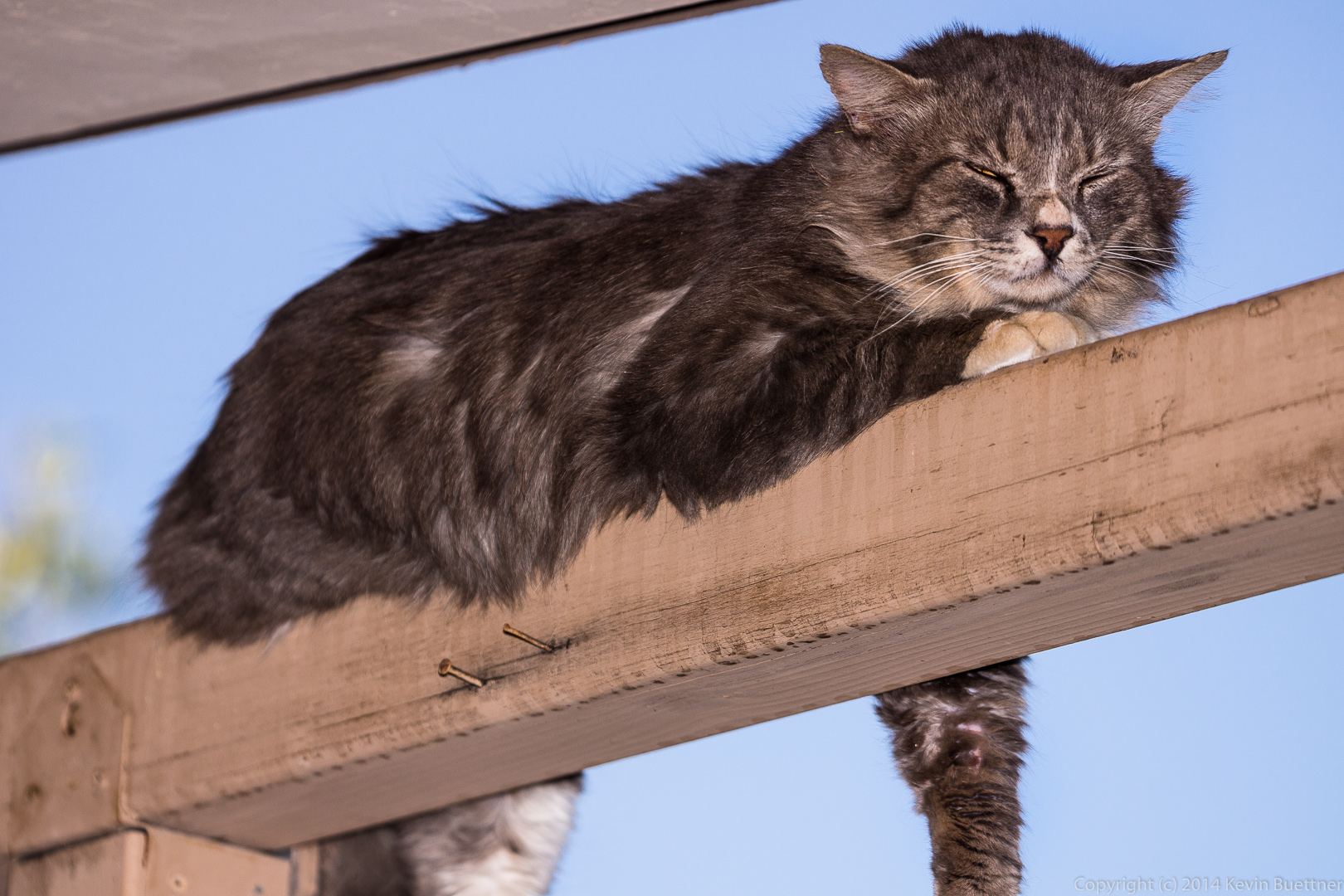