I met Jonathon while I was at the Fountain Park as the sun was going down.  He and his sister were riding their bicycles while their parents walked slightly ahead.  He asked me what I was doing and I replied that I was taking a photo of the sign for the Coyote and Key sculpture so that I that I’d remember what the sculpture was named when I got home.

He asked me if I could take a photo of him.  I said, “sure”.  I set up my tripod and got the shot below.  I showed him the photo on my NEX-7’s LCD screen.  He liked it and wanted me to show it to his sister too.  As he was leaving he said, “I’m Jonathon. You won’t forget my name will you?”  I told him that I wouldn’t and, just to make sure, here’s his photo along with the story about how I came to take his picture. 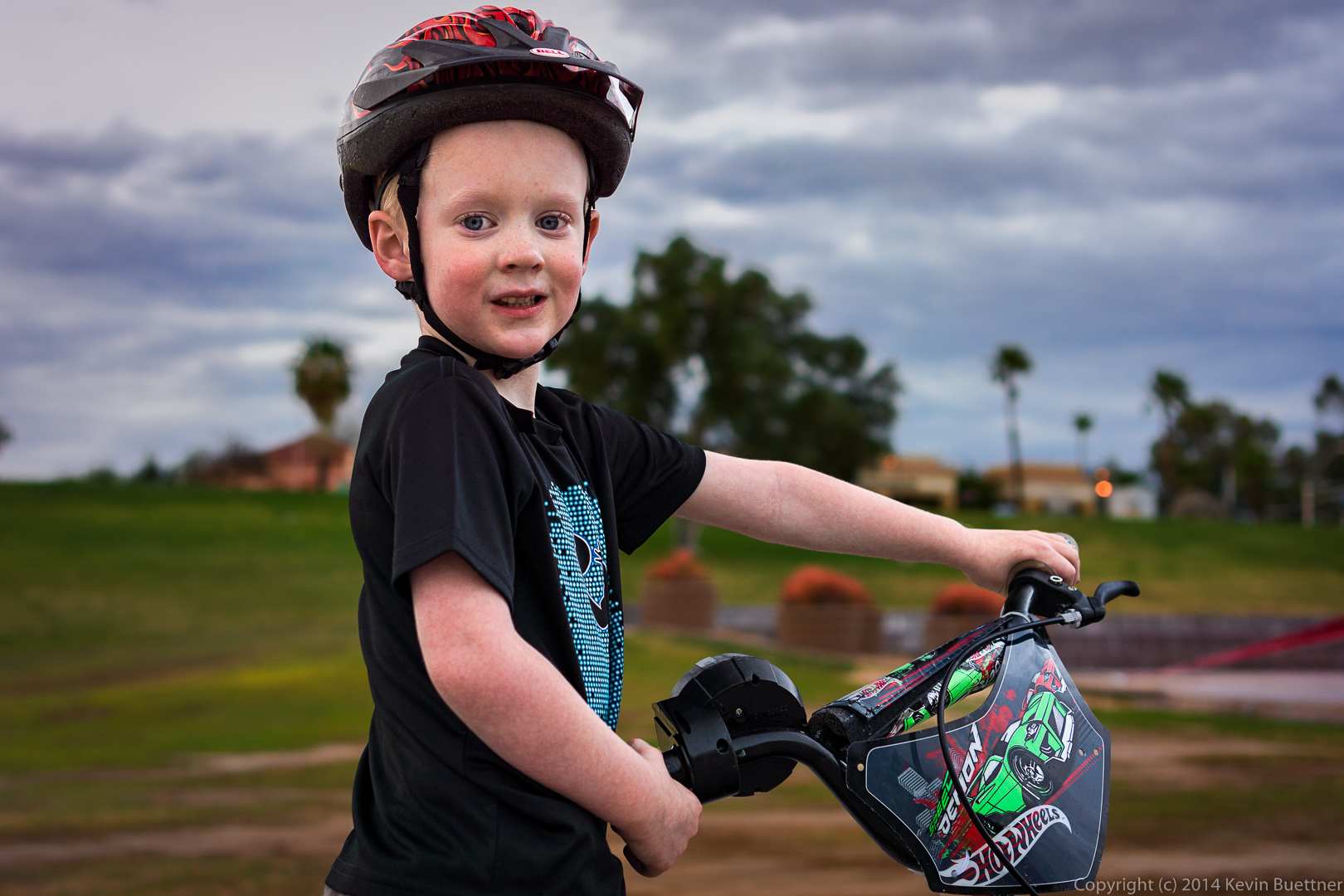 A View from Butcher Jones Beach