Where Have All the Mammoths Gone?

This sculpture titled, Where Have All the Mammoths Gone?, was created by Martha Pettigrew.  It was donated in 2008 by Jackie & Jerry Miles and the Fountain Hills Cultural & Civic Association. 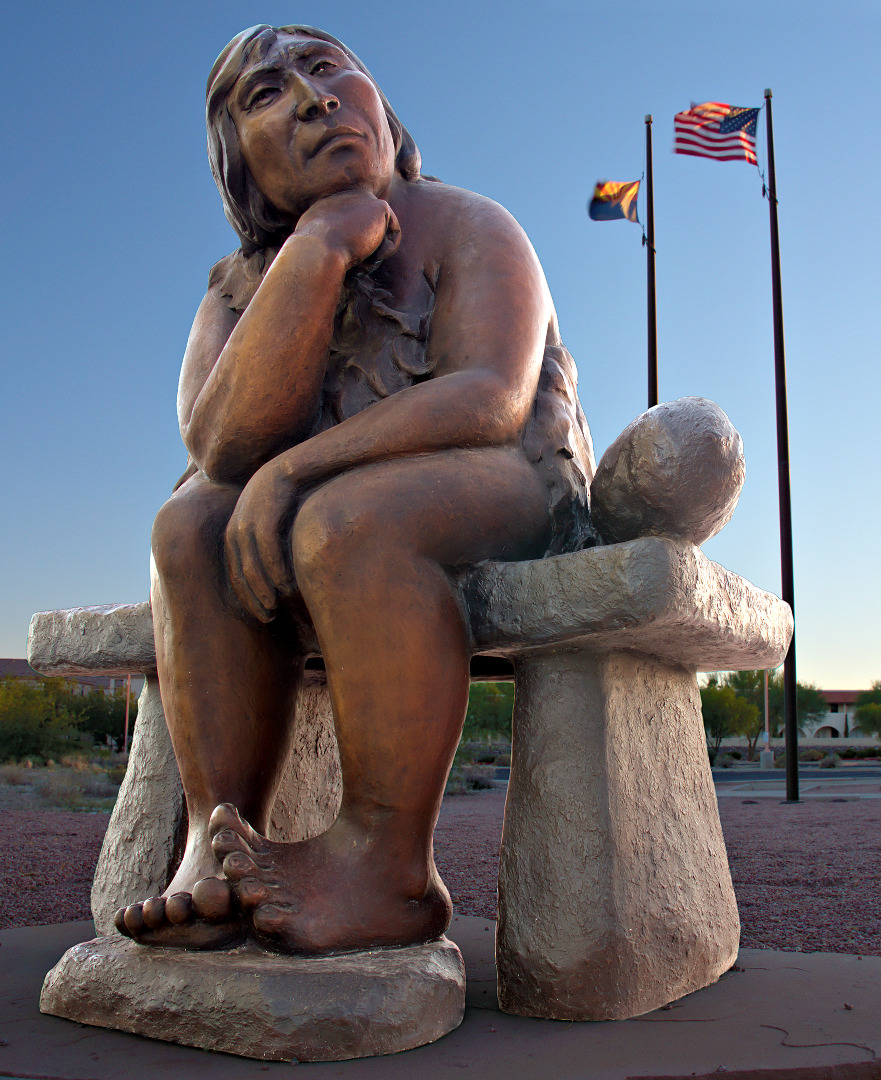 I had considered cloning the flags away, but Marie told me the sculpture has more impact, especially considering its title, with flags and other evidence of modern civilization in the photo.