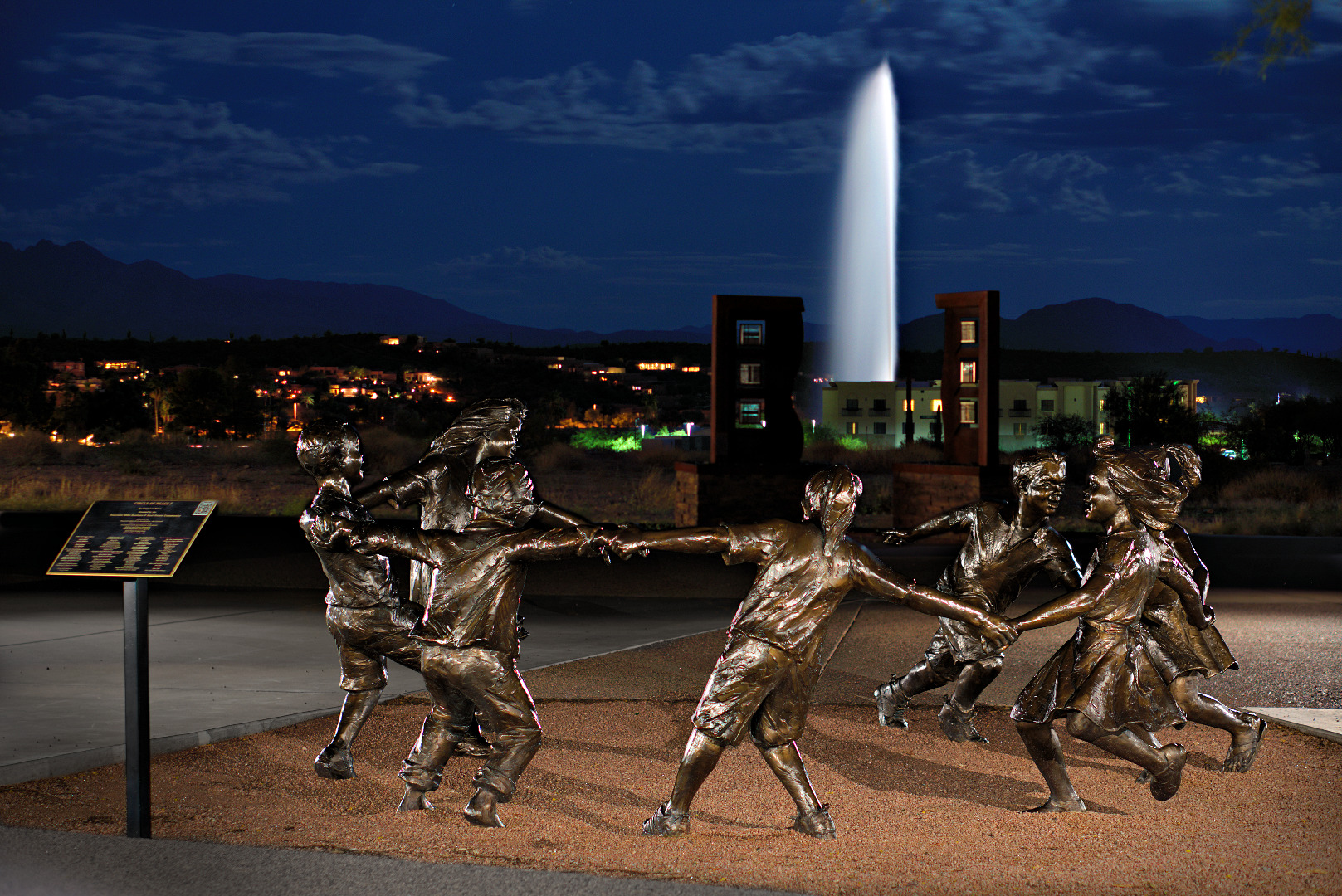 Marilyn helped me with this photo.  It was composed from eighteen different exposures.  I took five or six shots without flash to get the fountain and background at a number of different exposure levels, but only used one of them for the result above.  We took twenty shots of the sculpture, but I only ended up using seventeen of them.  I carried the flash stand around the artwork to illuminate it from different angles while Marilyn triggered the shutter with the remote.  (It’s best not to touch the camera in between exposures.)  I used the “Lighten Only” layer mode to combine all of the flash-lit exposures and then used the usual blending techniques to combine those with the background.

A Letter from Grandma