This work, The Great Arrow by sculptor Michael Jones, is just outside of the Community Center, which is the building to the left.  The Fountain Hills Library is the well lit building off in the distance.  The Great Arrow was donated in 2004 by Mayor Wally and Sheila Nichols. 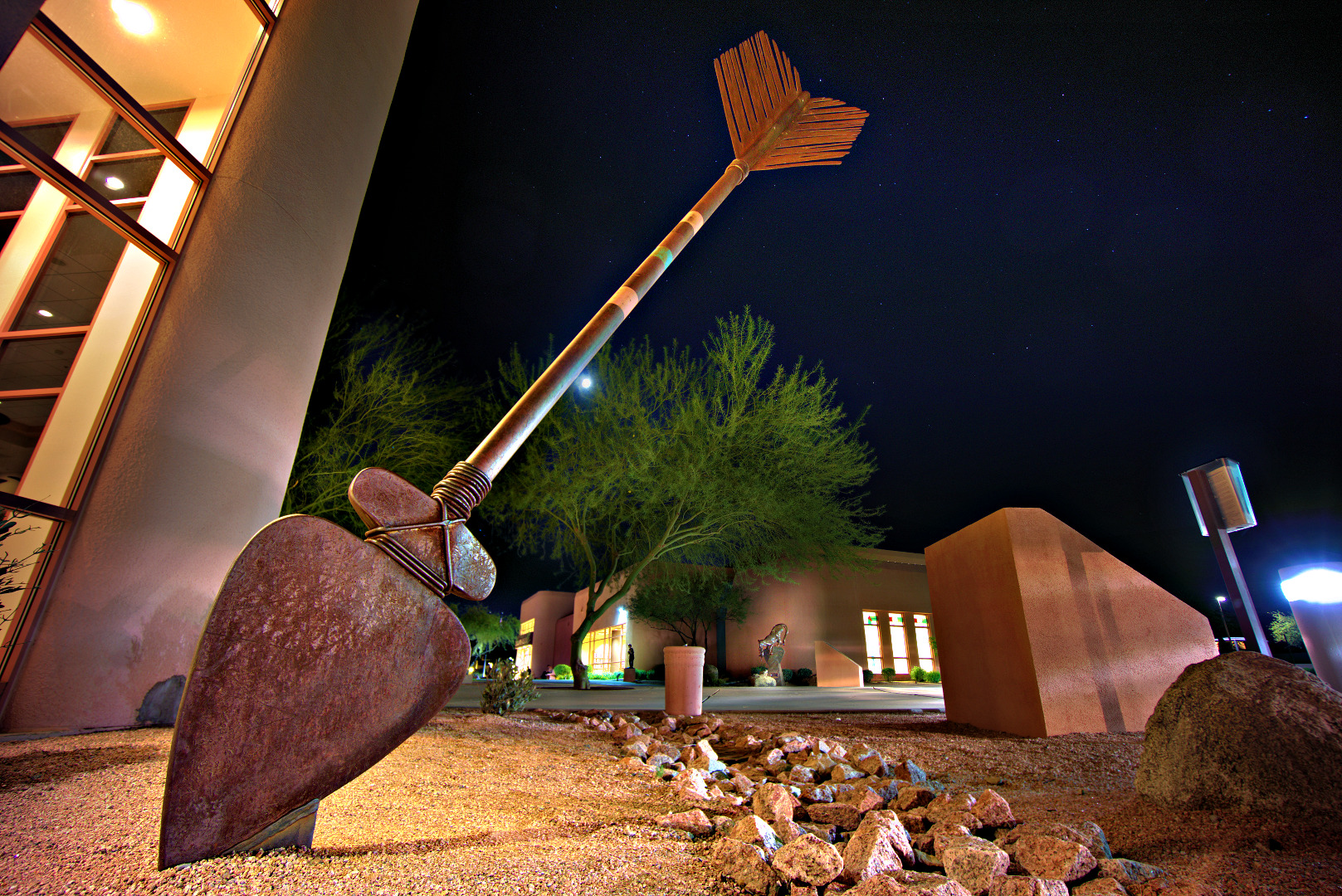 This is my second edit of this photo.  I had inadvertently used too much noise reduction on the first edit, leading to a lack of sharpness.  In the second edit, shown above, I chose to deemphasize areas of the photos that are less important.  The scene shown in these two edits appears to be differently lit, even though I used the same set of RAW files.  The scene was lit by ambient light only.

In this new edit, there’s an exhibit that appears to be lit much better in front of the library. The sculpture depicts a mother cat carrying her kitten.  I have edited the photo to make it appear that there is a spotlight on this exhibit.  In my opinion, nearly all of the exhibits in the area would benefit from additional lighting.

In The Great Arrow exhibit, the end of the arrow with the fletching is very dark when viewed at night.  The exhibit would be much more appealing, in my opinion, if it were lit in a manner similar to that depicted in the photo.

Snake in a Tree? How can that be?