Ocotillo on a Stormy Evening

The photo below is another experiment with flash photography.  We had gotten some heavy rain perhaps an hour earlier.  I went out with two Sony flash units (HVL-58AM), aimed them at an ocotillo in our backyard, and took a number of shots.  Most of them overexposed the ocotillo.  I got this shot with the flash exposure compensation dialed back to -2.3EV.  The other exposure parameters were f/2.8, 1/60 sec, ISO 640.  I increased the saturation of the ocotillo somewhat in post, but the sky was already that saturated to begin with. 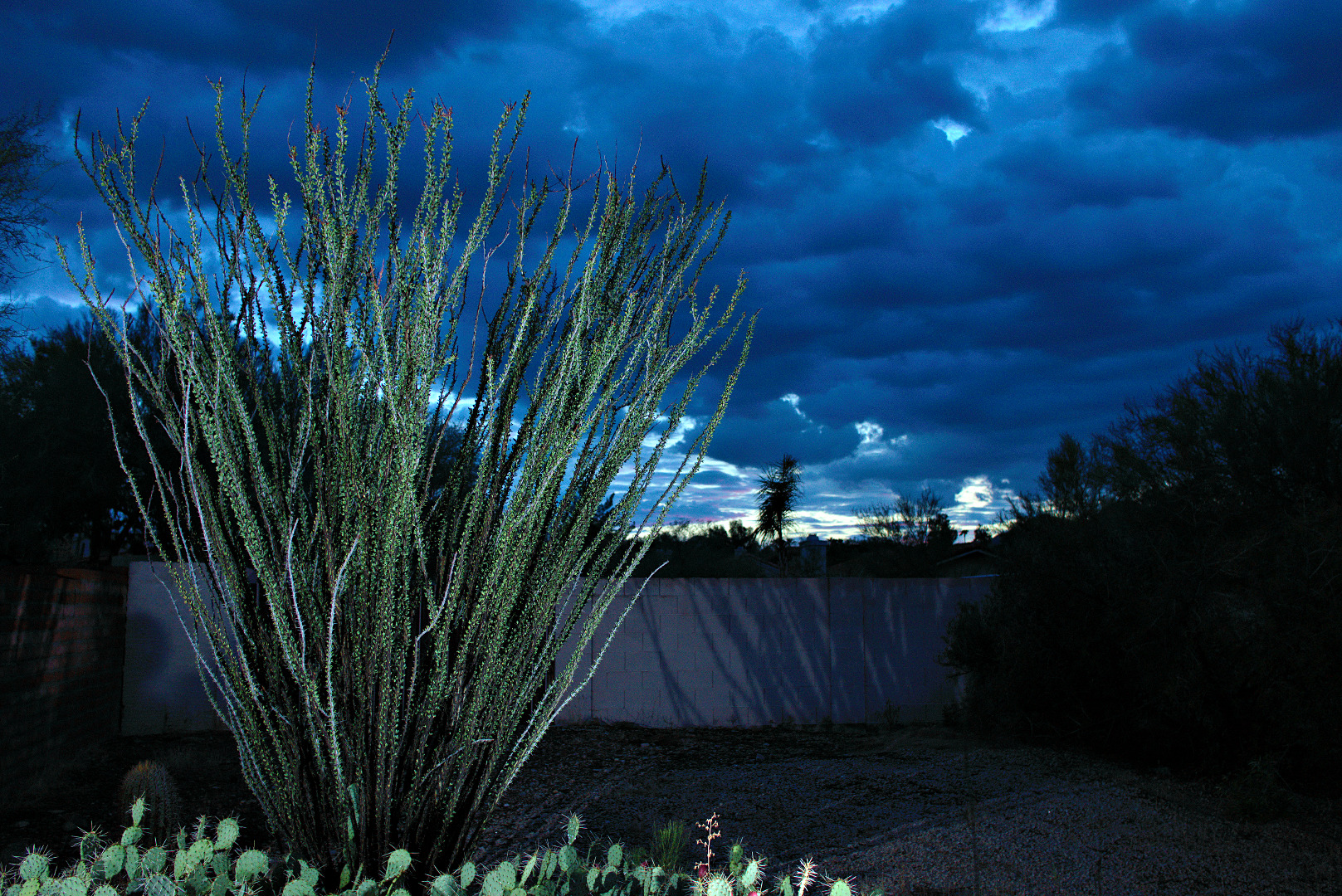