I was playing around with the Sigma 50-500mm lens last night at 500mm in manual focus mode.  I was unhappy with the focus that I had gotten yesterday on the kitten, so I decided that I had better learn how to focus more accurately.  In the photo of McGonagall, below, I focused on her right eye (the one that’s more open).  Exposure parameters were ISO 1600, f/6.3, 1/20 sec, in aperture priority mode.

It probably would’ve been a more pleasing photo had I not done an in-camera crop of her ears, but I wanted to use the lens all the way out at 500mm since that is what I’ll need to do to get photos of outdoor wildlife.  That said, using a somewhat shorter focal length would have provided a somewhat wider depth of field.  Perhaps it would have been enough for McGonagall’s nose to be in better focus.  Note that her eye is tack sharp though. 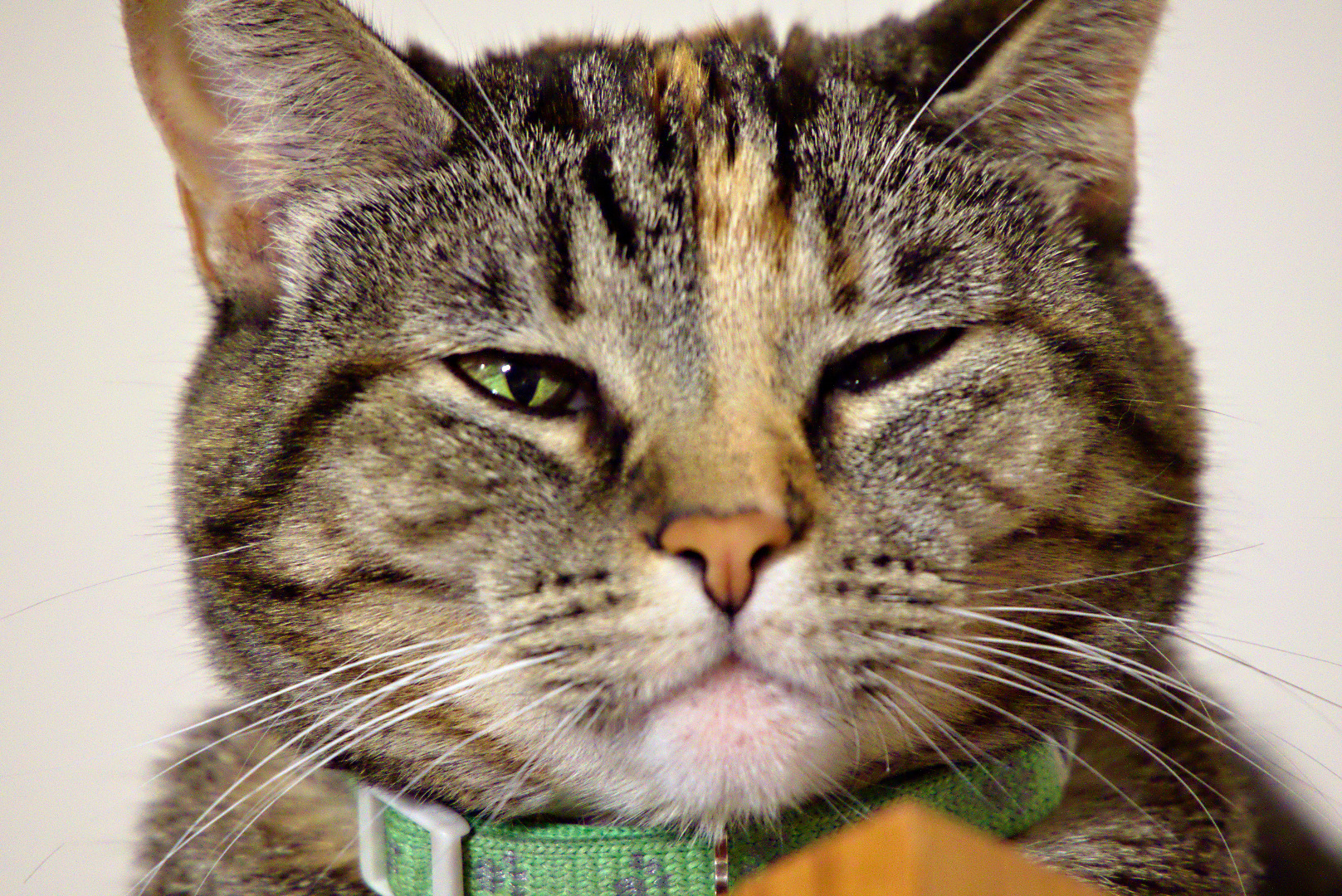