I went out to the top of the Hilltop Trail at McDowell Mountain Park last night to observe the Perseids meteor shower.  I set up two cameras using a 30 second exposure on each one. The cameras were set to do noise reduction (dark frame subtraction) which requires an additional thirty seconds of processing time.  Thus, I was taking roughly one photo per minute with each camera.  The actual rate was slightly slower than this due to occasionally moving a camera, changing a battery, or checking on exposure, etc.

I stayed out for roughly four hours and saw several spectacular meteors, one which arced across half the sky overhead.   Unfortunately, for most of the really good ones, I either had the camera pointed at the wrong place, or the shutter was closed at the time the meteor fell.  I have a number of shots which show meteors, but only one decent one.  This meteor is good, but it not as impressive as some of the others I saw last night. 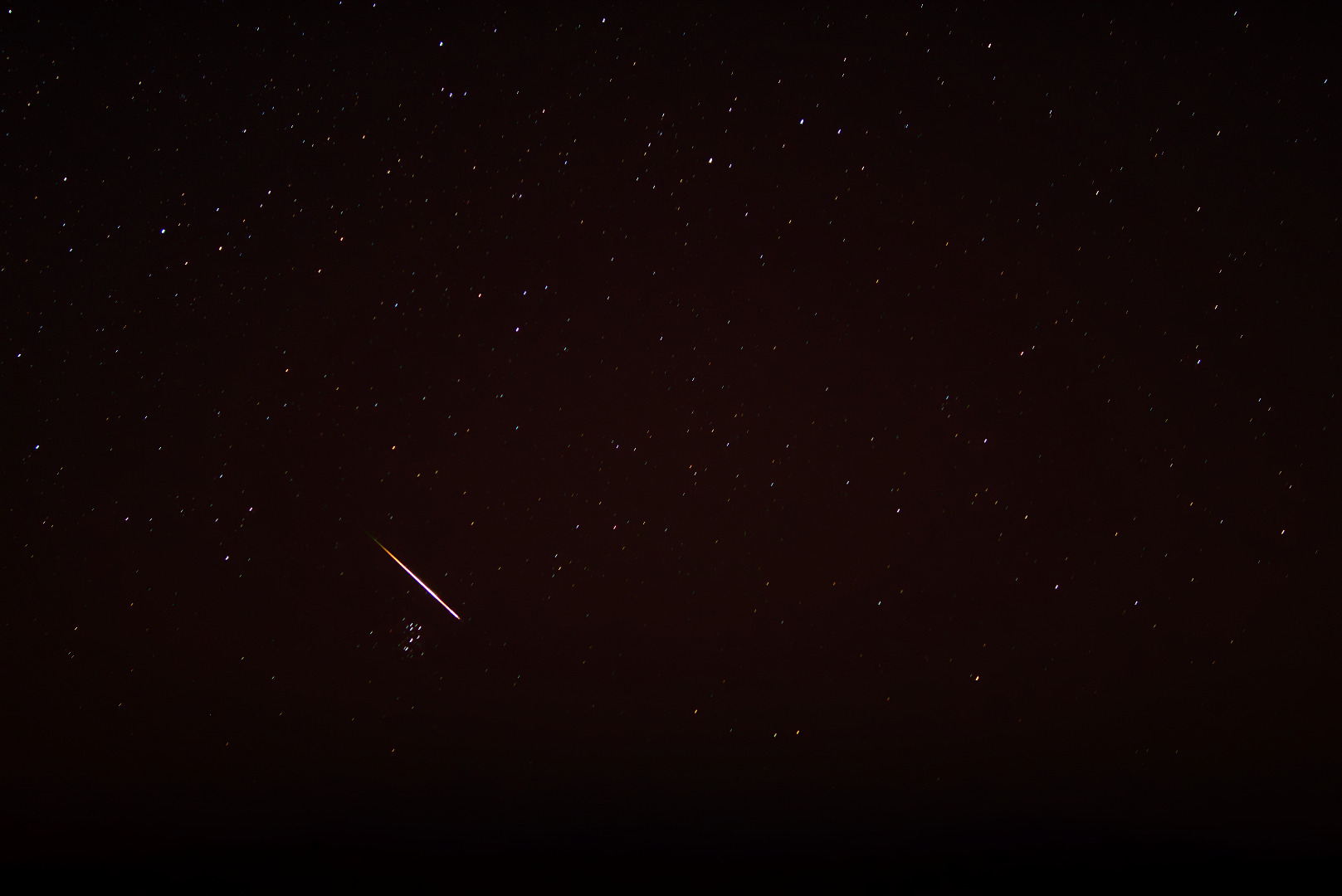