Marilyn and I rode our bikes on Sunday morning.  I rode up the Tonto Tank Trail to try to get a sunrise photo from a location I had scouted earlier, but I’m not happy with it.  I should have gotten there earlier and had my 50mm lens with me.  I brought my NEX-7 with a 35mm lens; I had never tried to ride with my NEX-7 before.  I had to make some minor adjustments to the harness of my Think Tank Digital Holster in order to ride comfortably.  I initially had it too low and it interfered with pedaling.

I finished riding up Tonto Tank and met Marilyn on the Pemberton: 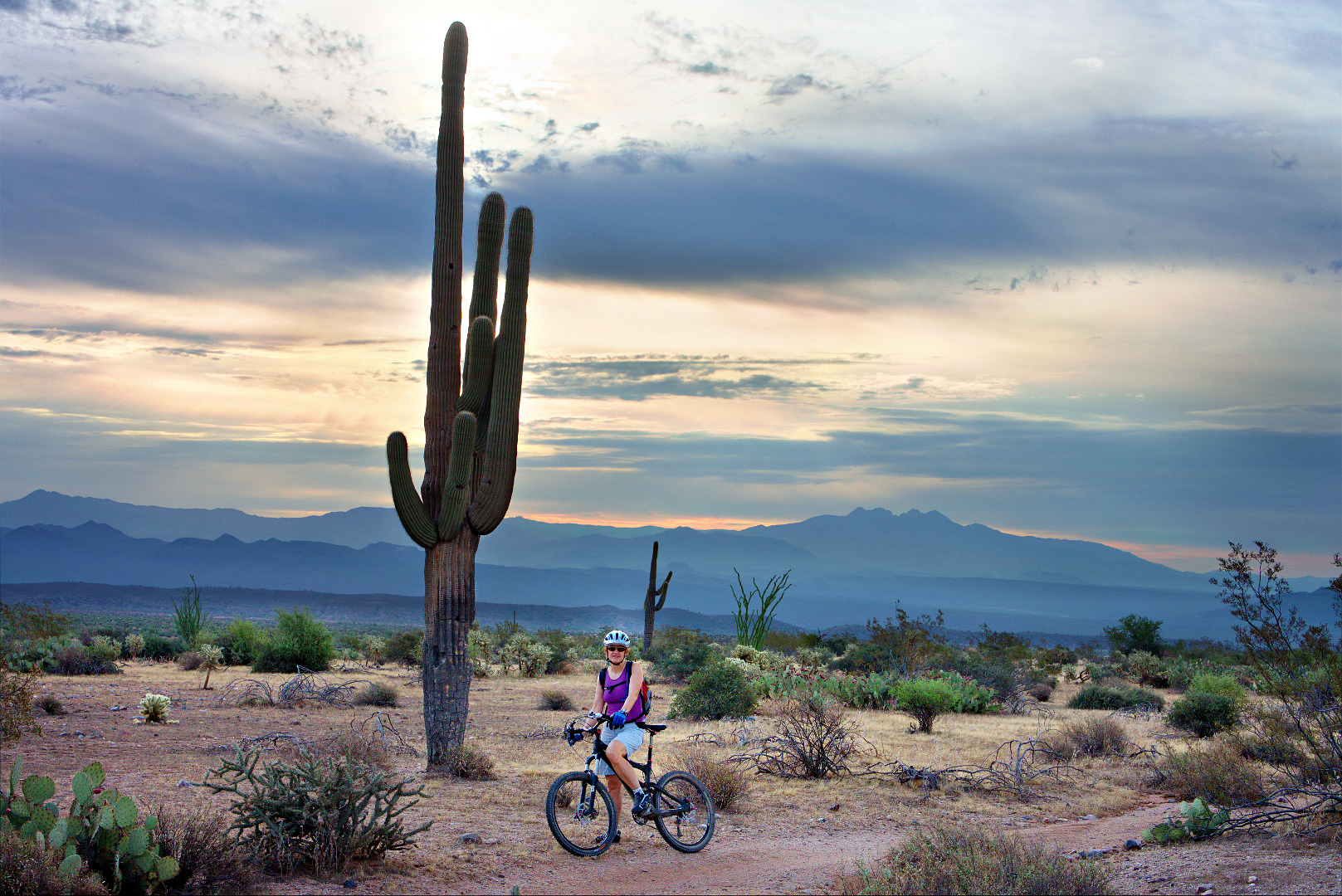 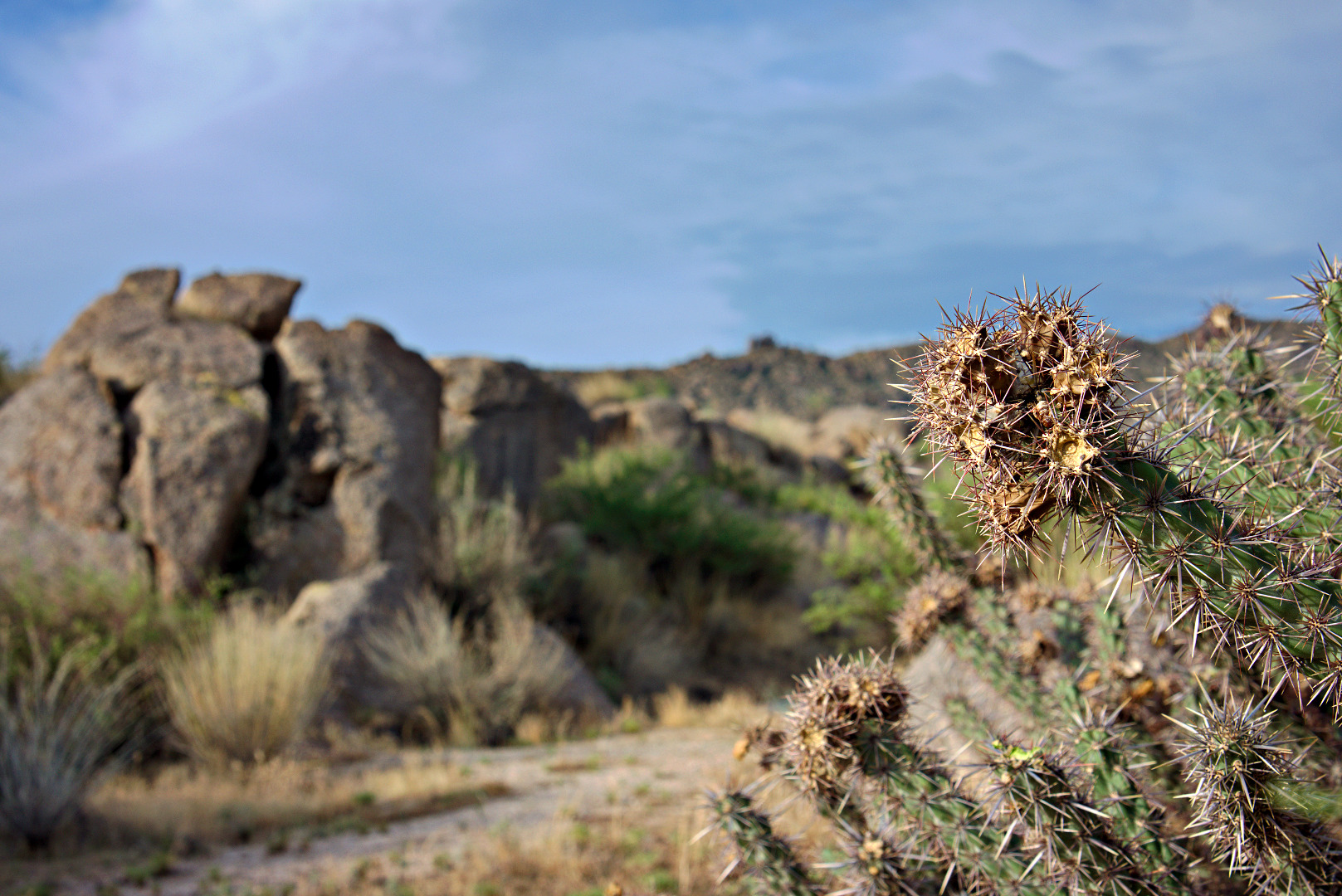 A photo of a large boulder on the Boulder Trail: 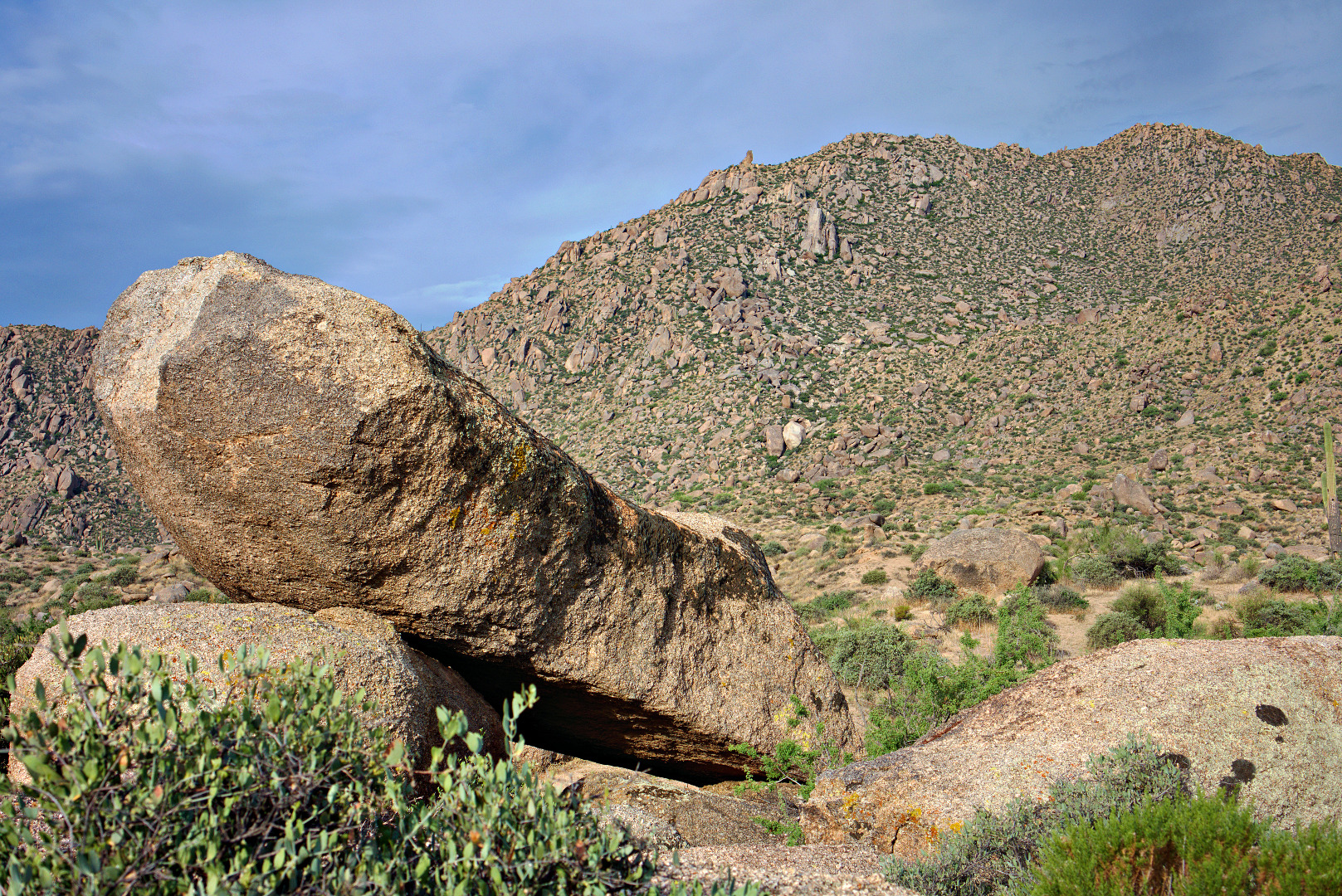 This boulder was on the Marcus Landslide Trail. 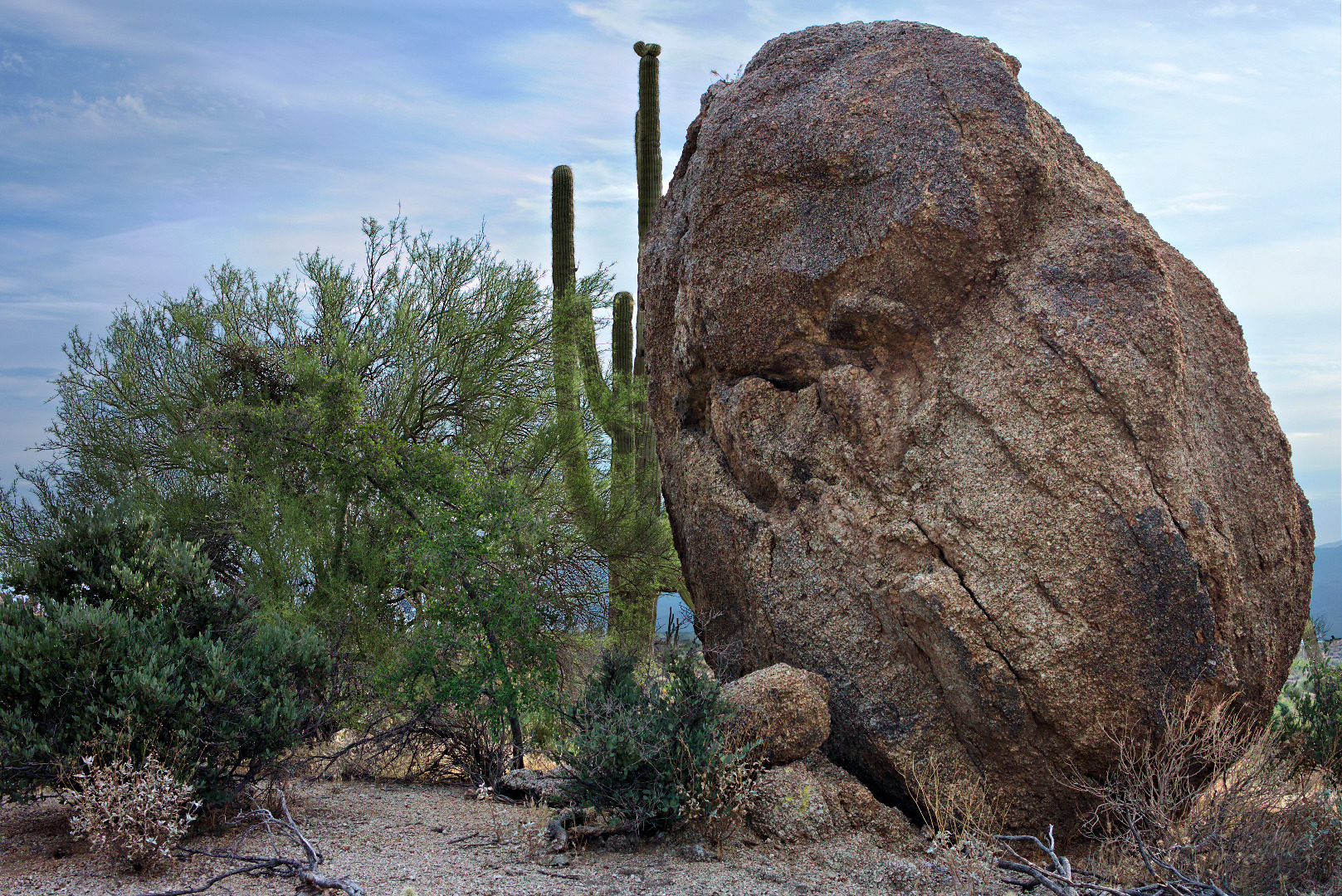 I met up with Marilyn at the intersection of Bluff and Pemberton.  We continued on Pemberton where I got this photo of the crested saguaro near Granite Tank. 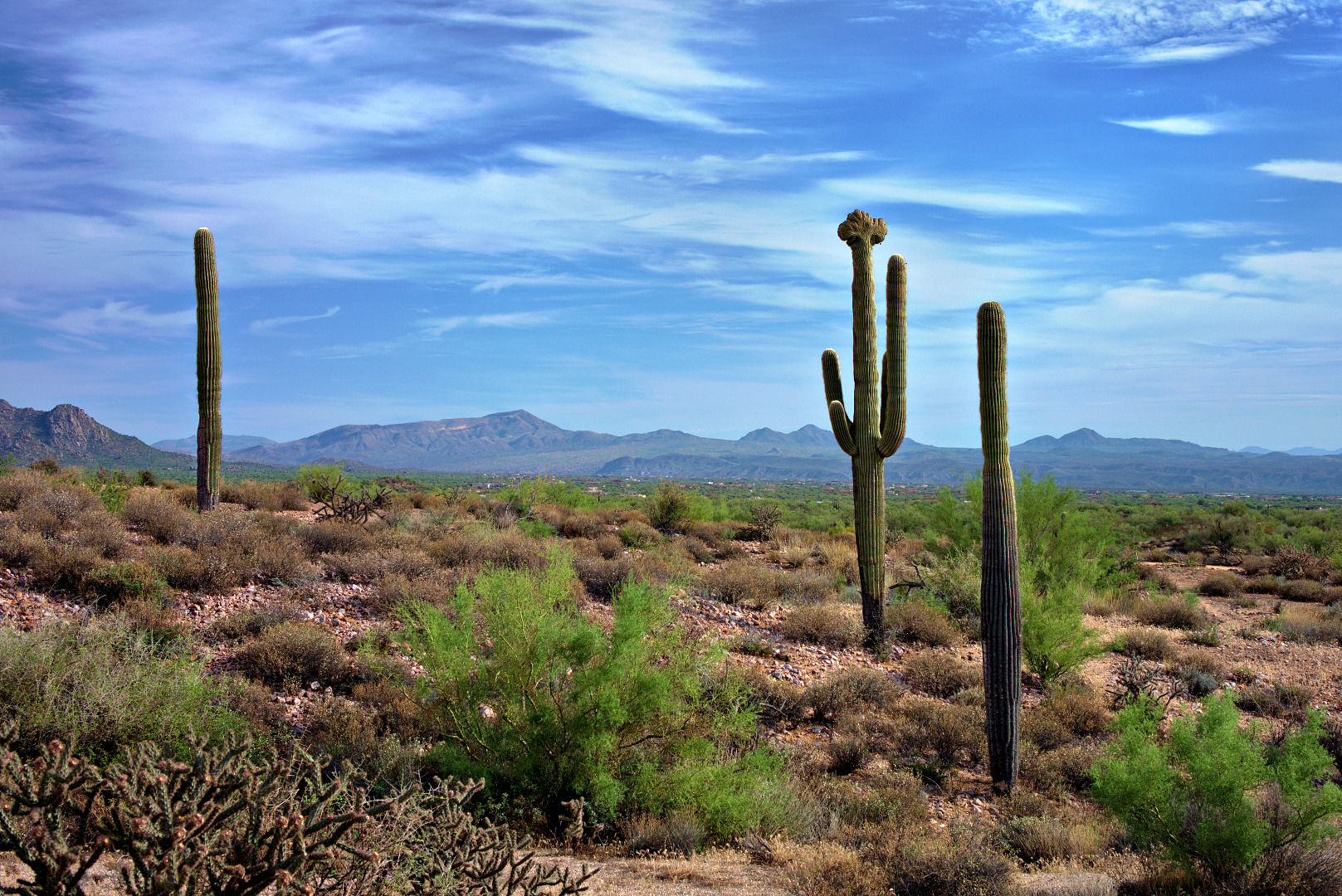 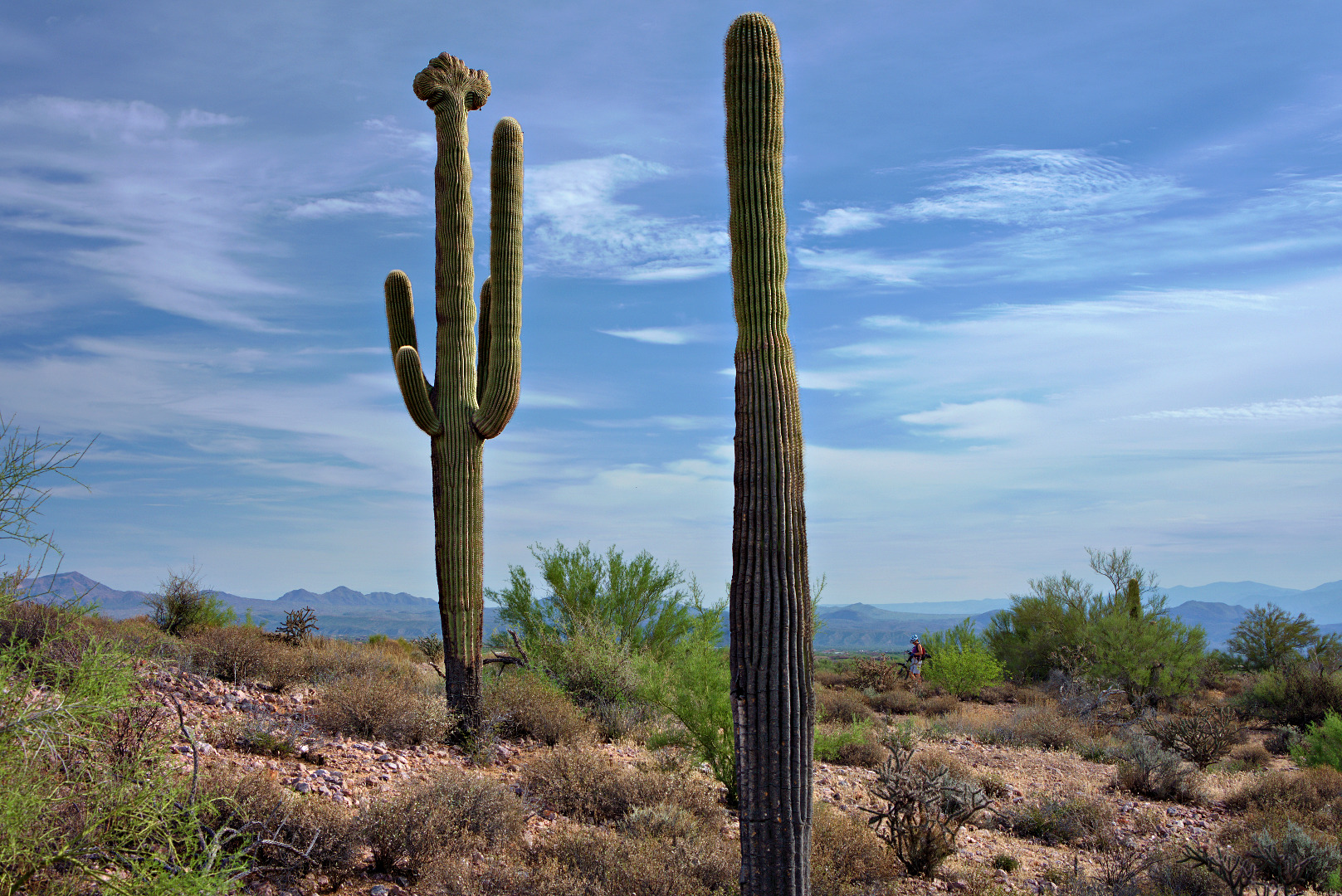 This large, multi-armed saguaro can be seen off to the south along the new section of Pemberton. 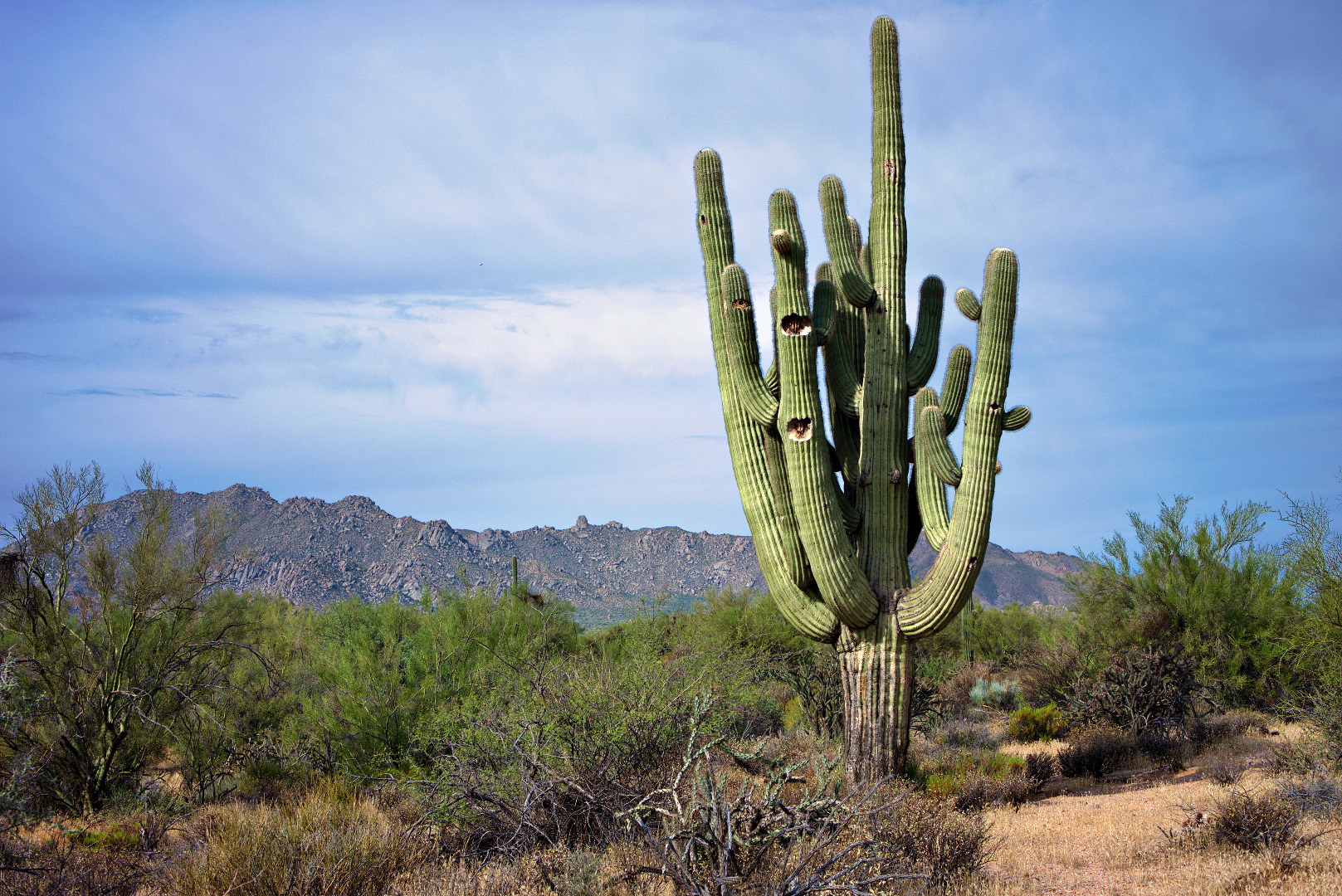