Janet, Linda, Bob, and I hiked out on the Pemberton from the Trailhead Staging Area today.  We passed the site of the ranch homestead until we found a promising looking wash heading west.  We hiked the wash, seeing three snakes along the way.  I only got photos of two of these snakes.  We returned via the Tonto Tank Trail.  Total distance was 7.67 miles.

I took this photo from the road leading into the parking area while before the hike. 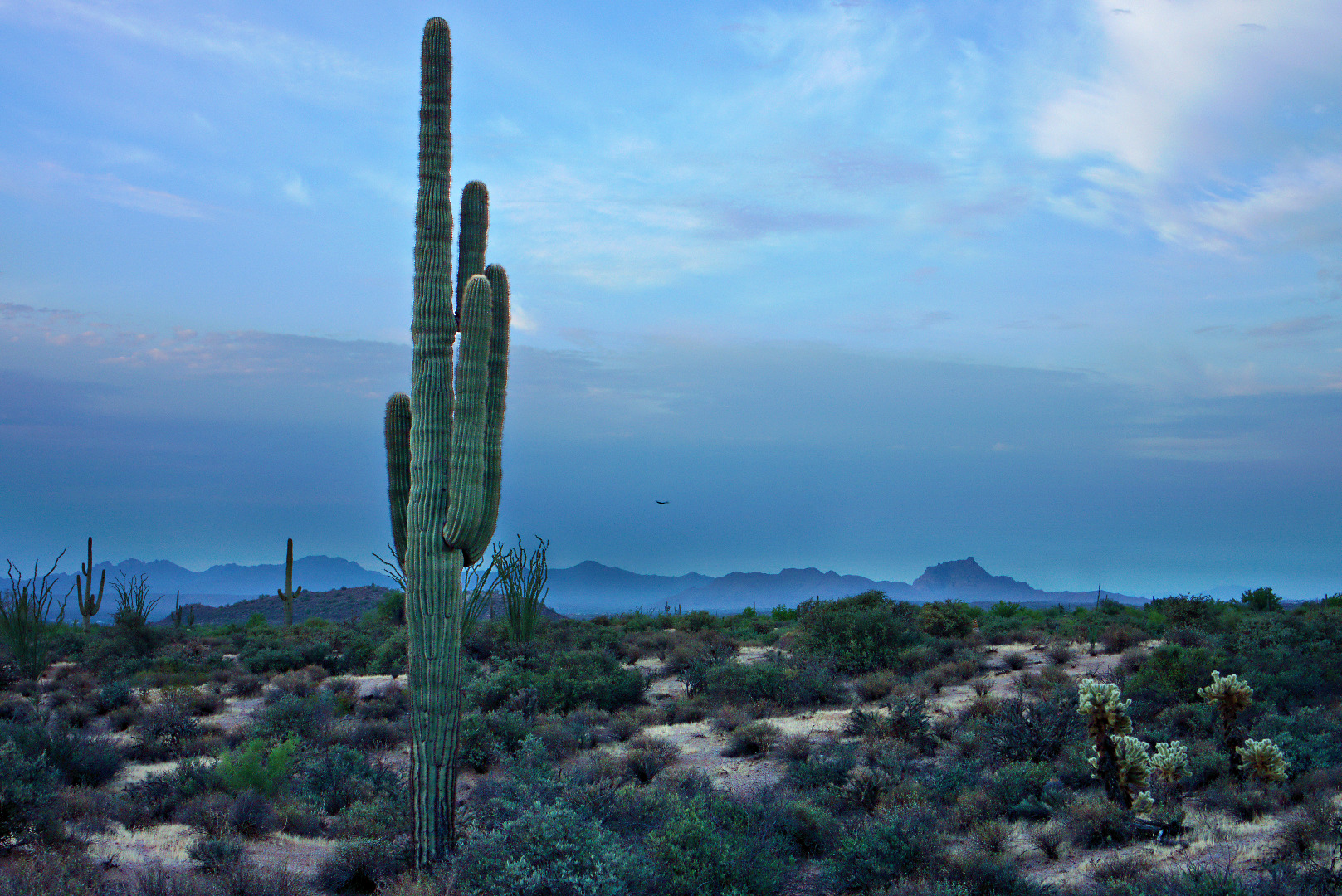 A photo of the sunrise, also before the hike: 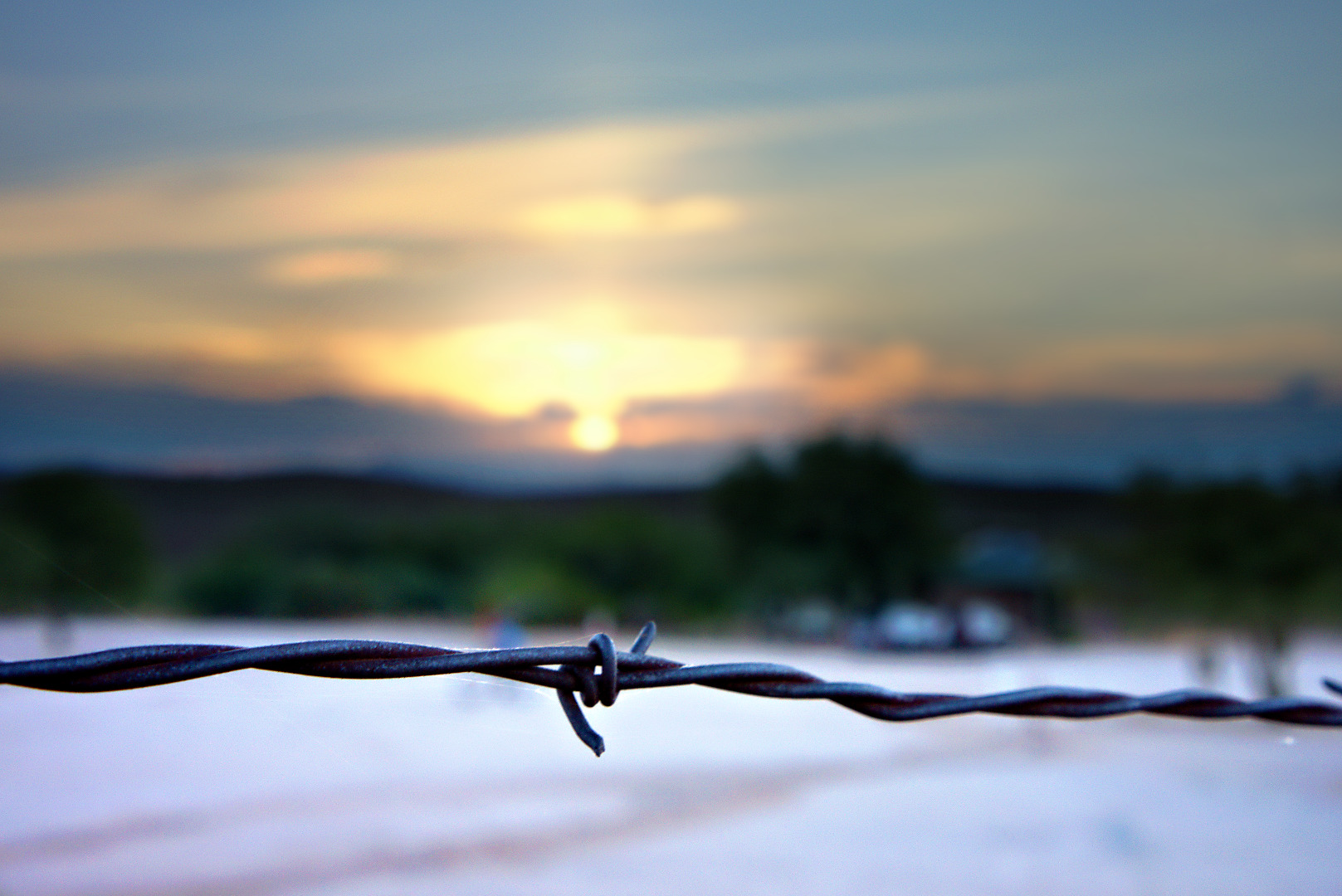 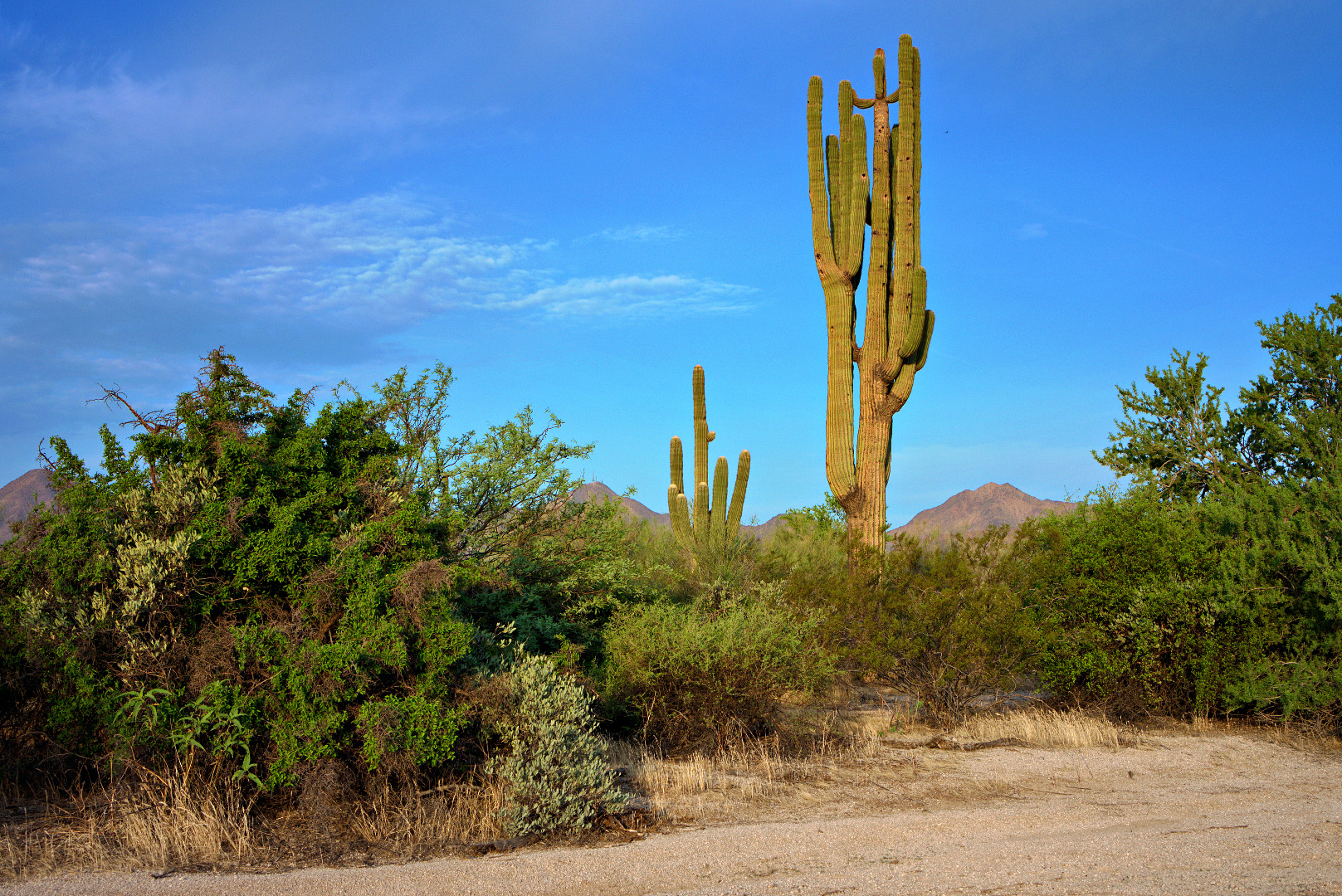 A view from the Pemberton, near Stoneman Wash: 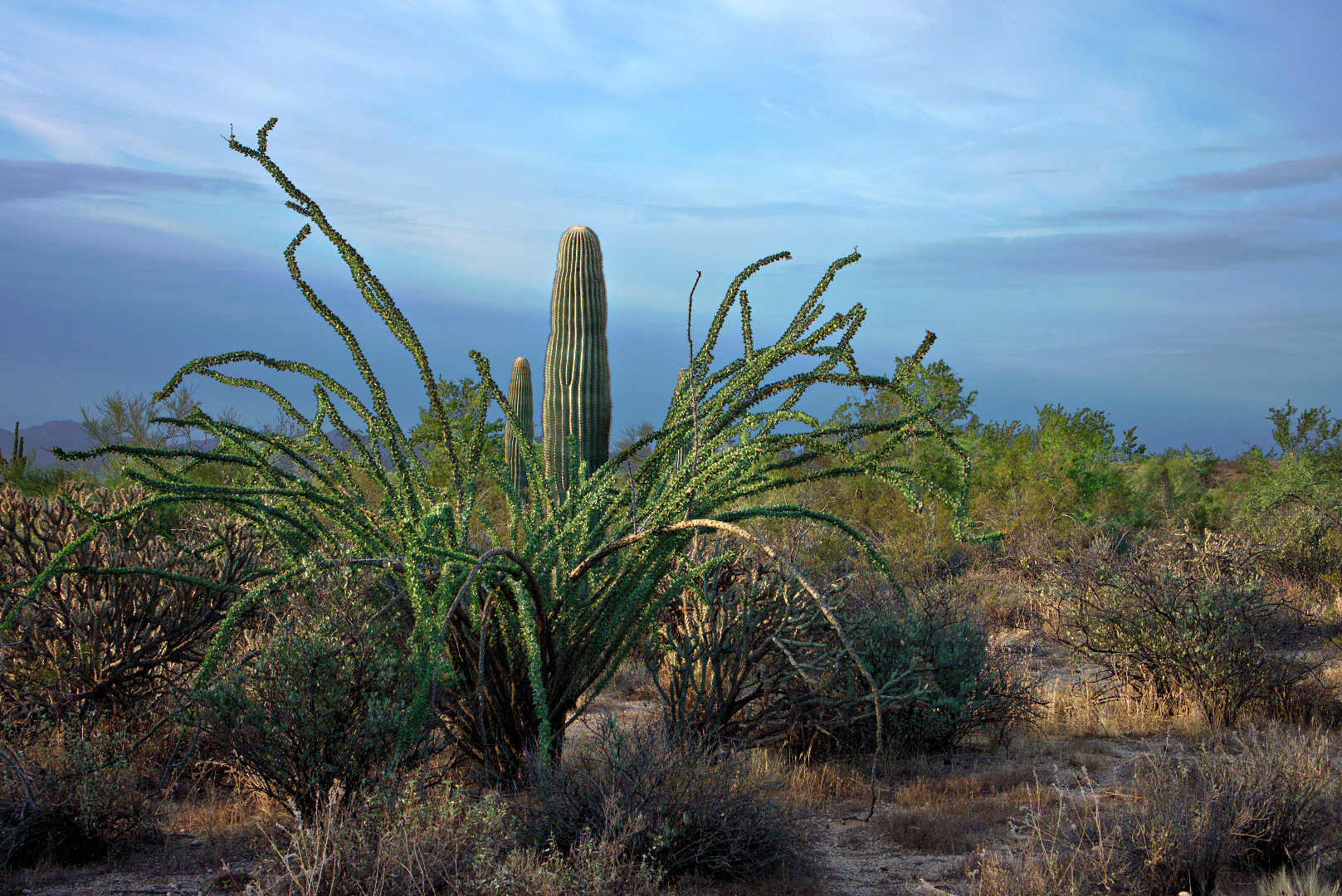 This is the wash that we hiked after leaving the Pemberton.  It meandered both west and north, though there were several forks we could have taken along the way which would have probably lead us to the Pemberton again. 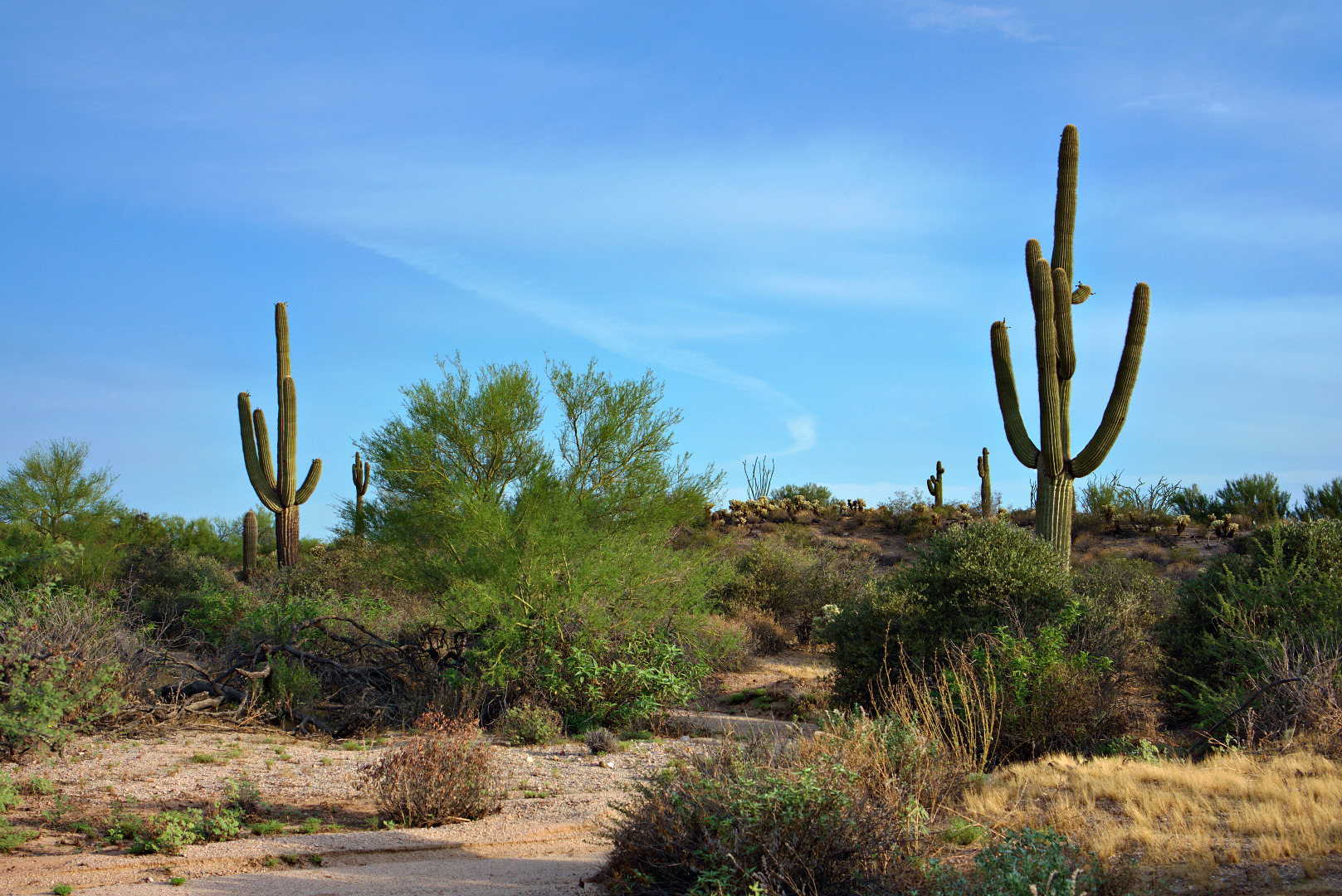 Linda takes a photo of… 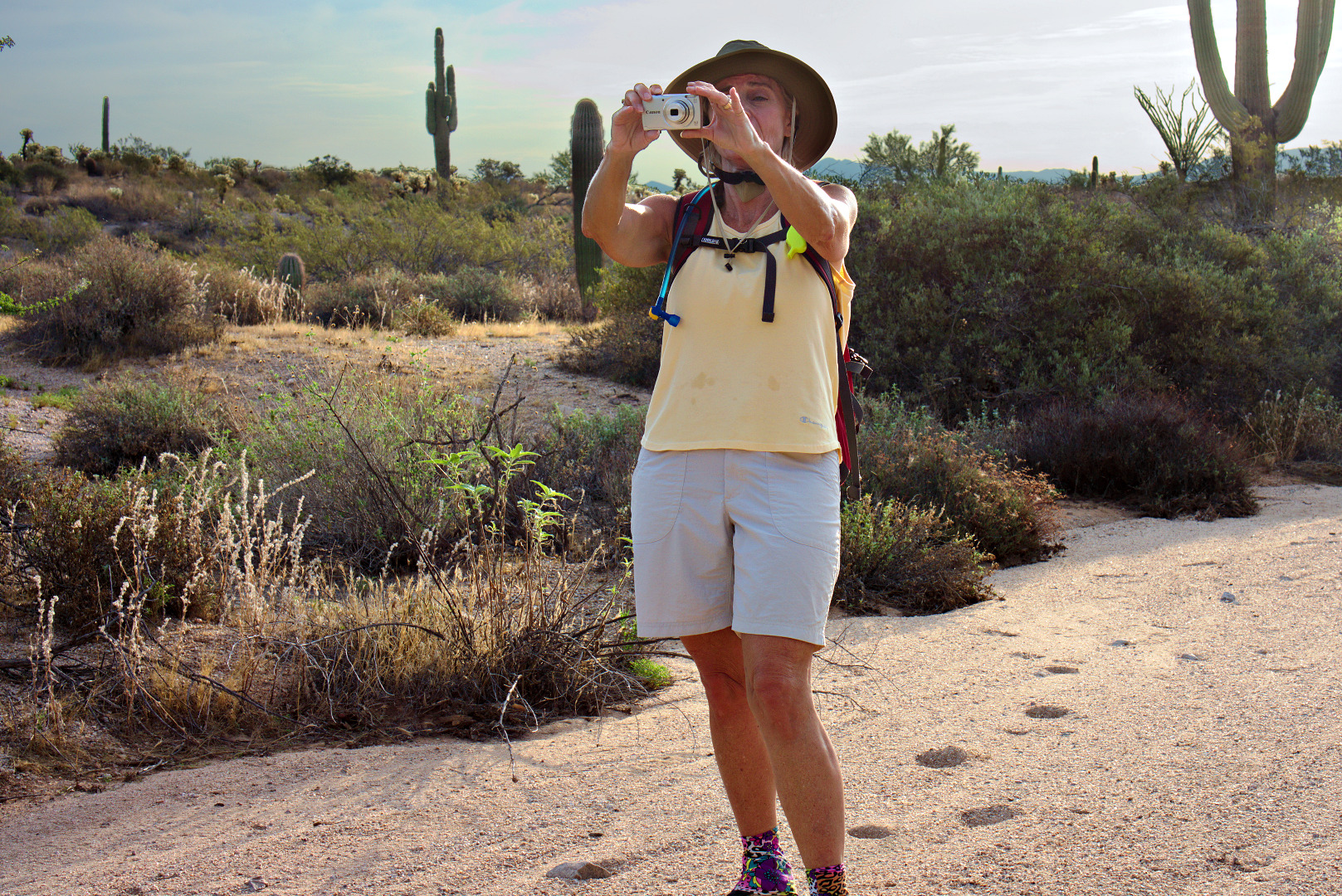 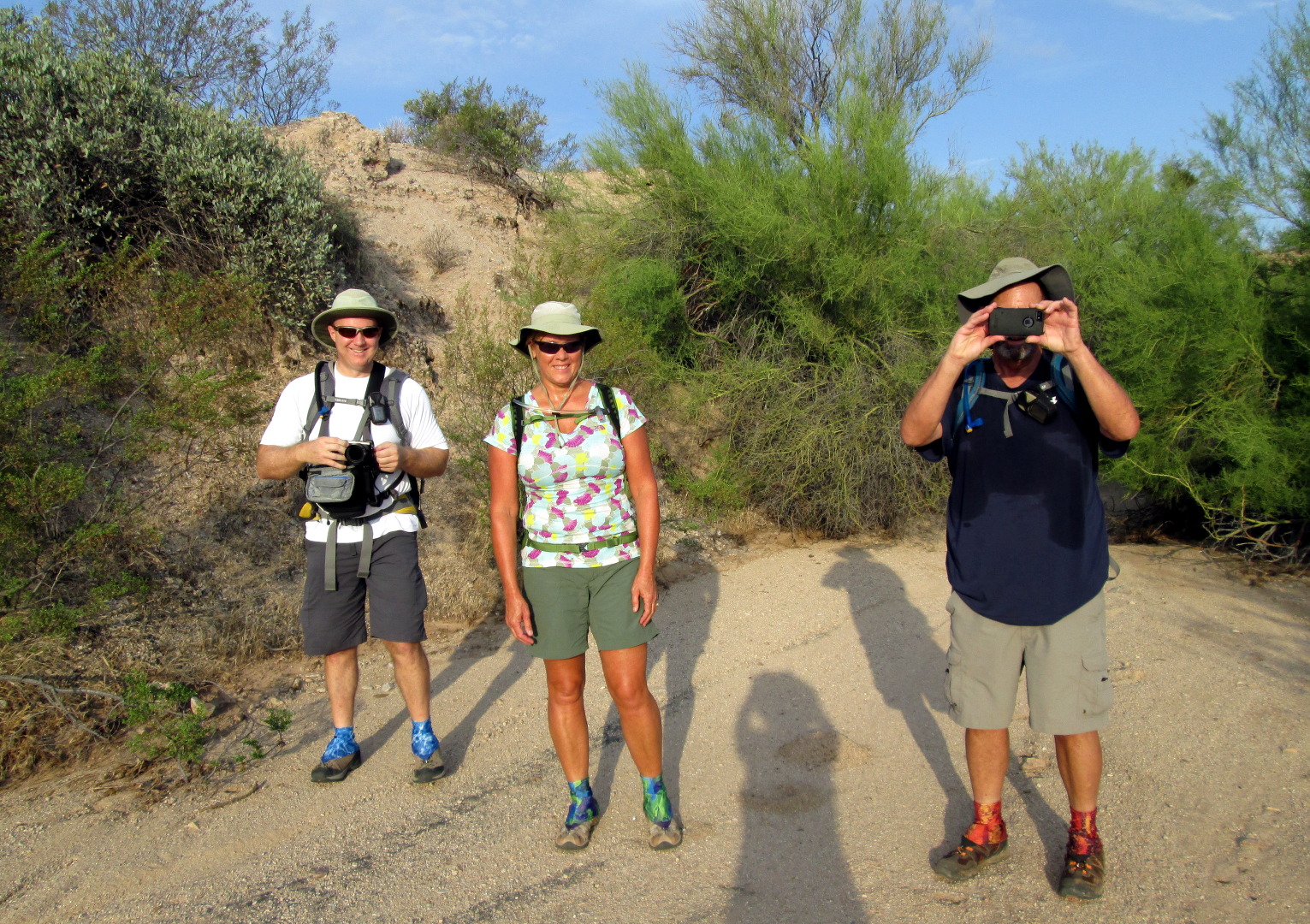 Three photos of the first snake we encountered.  I believe it’s a Western Diamondback rattlesnake. 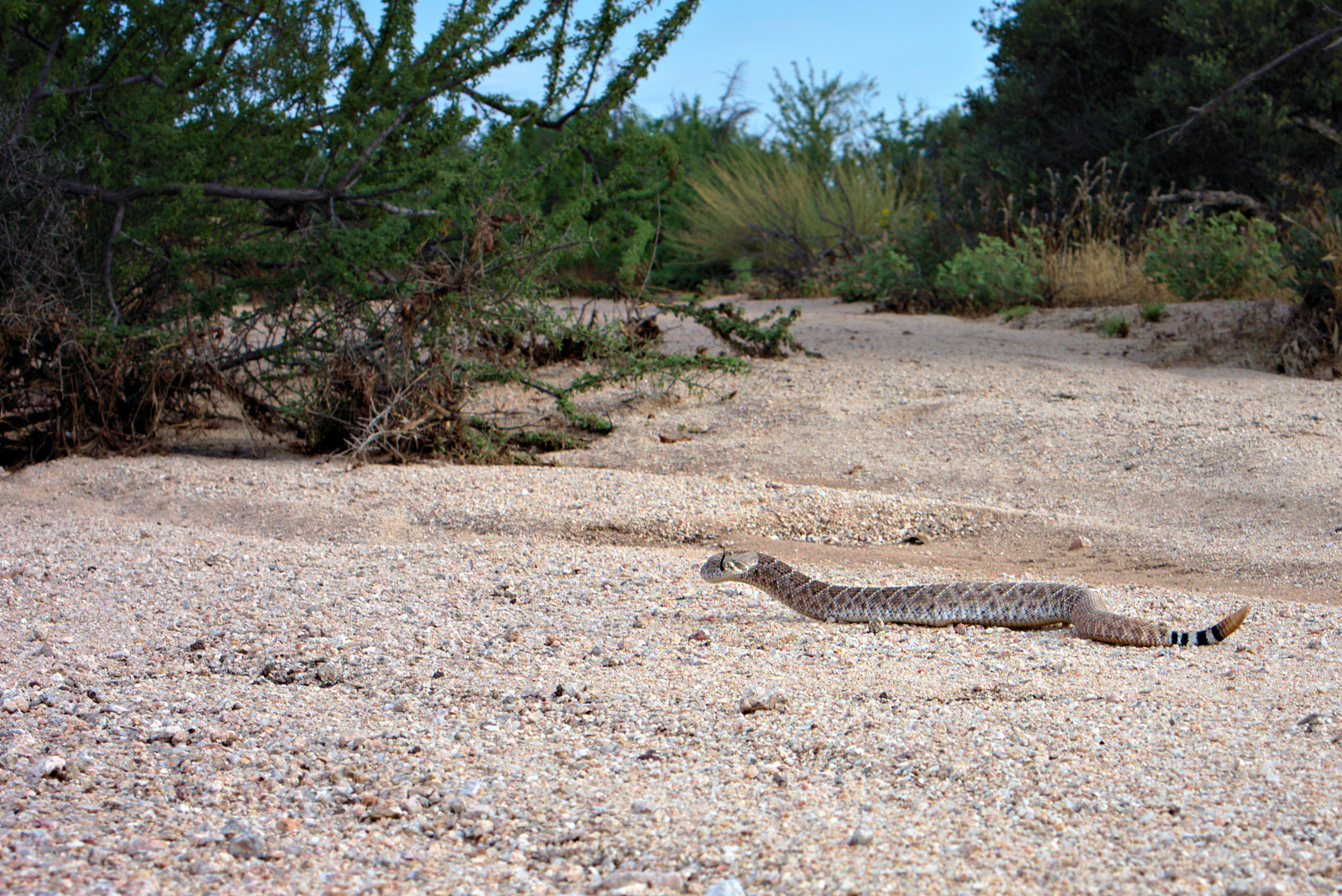 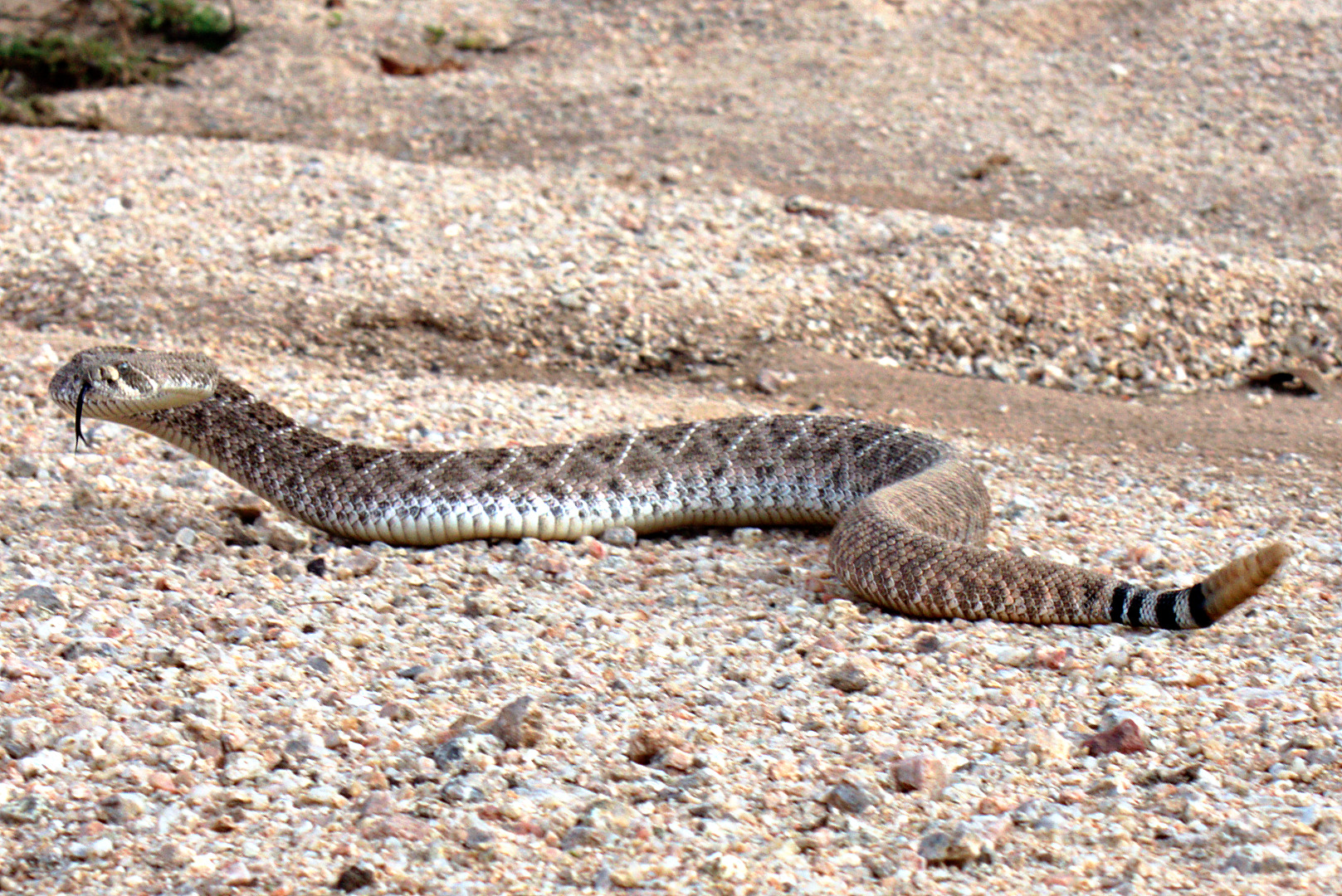 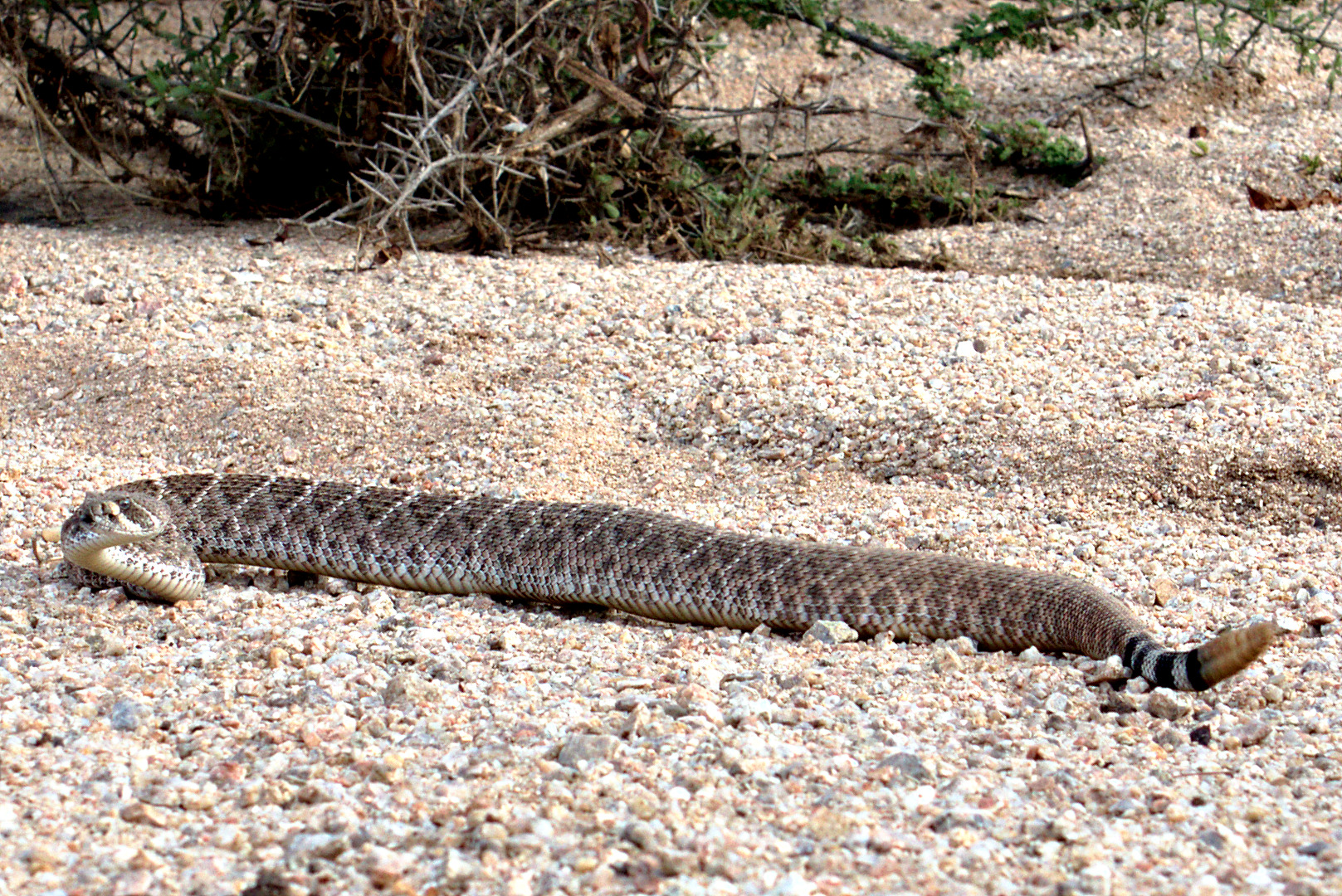 Linda took this photo of me photographing the snake: 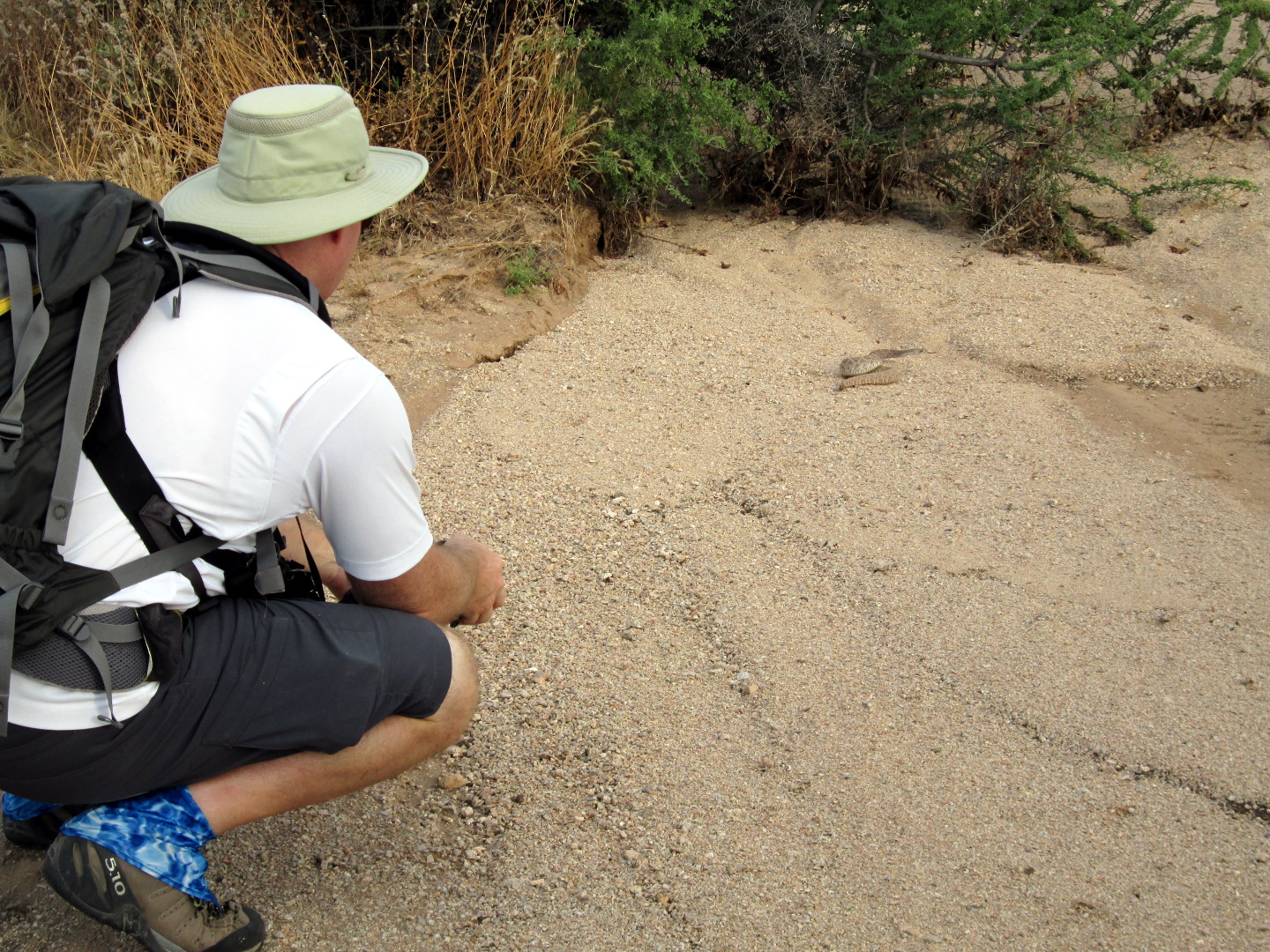 Bob, Linda, and Janet wait for the snake to move off. 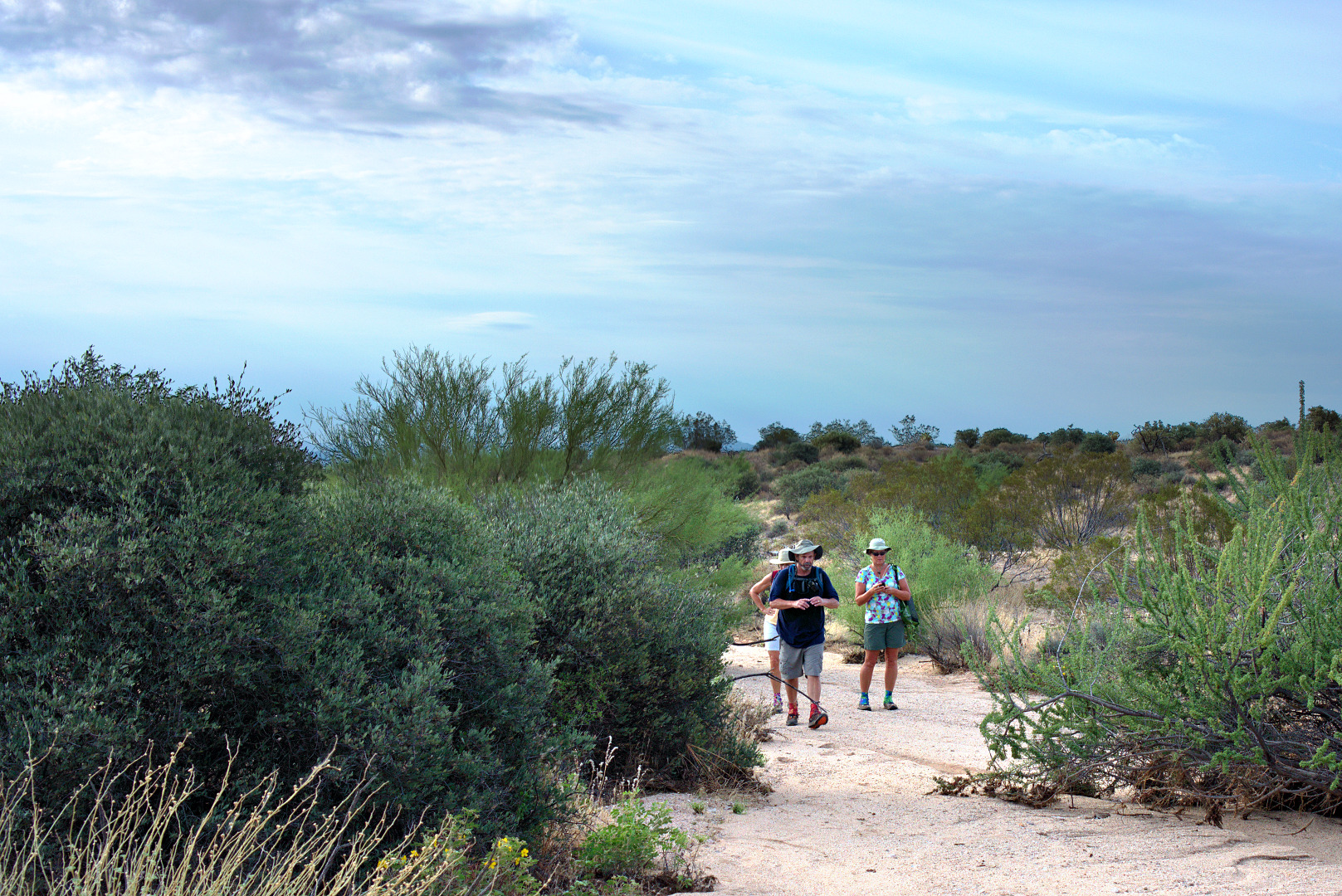 This is the second rattlesnake that we saw.  Linda and Alan’s research suggests that it’s a Mohave rattlesnake.  I saw one other snake, but it was not a rattlesnake; I don’t know what it was aside from being small and quick. 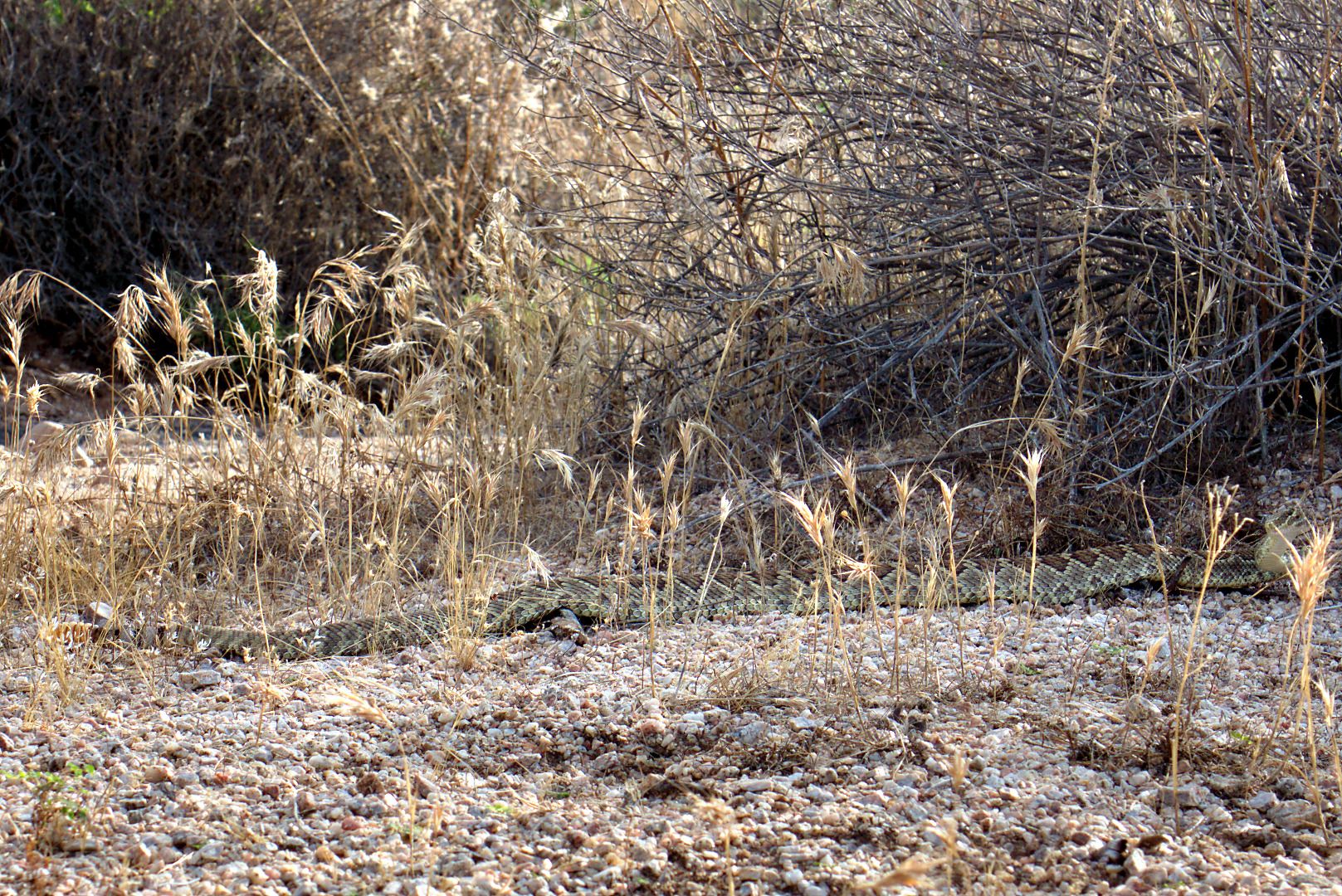 A view of Four Peaks from the Tonto Tank Trail: 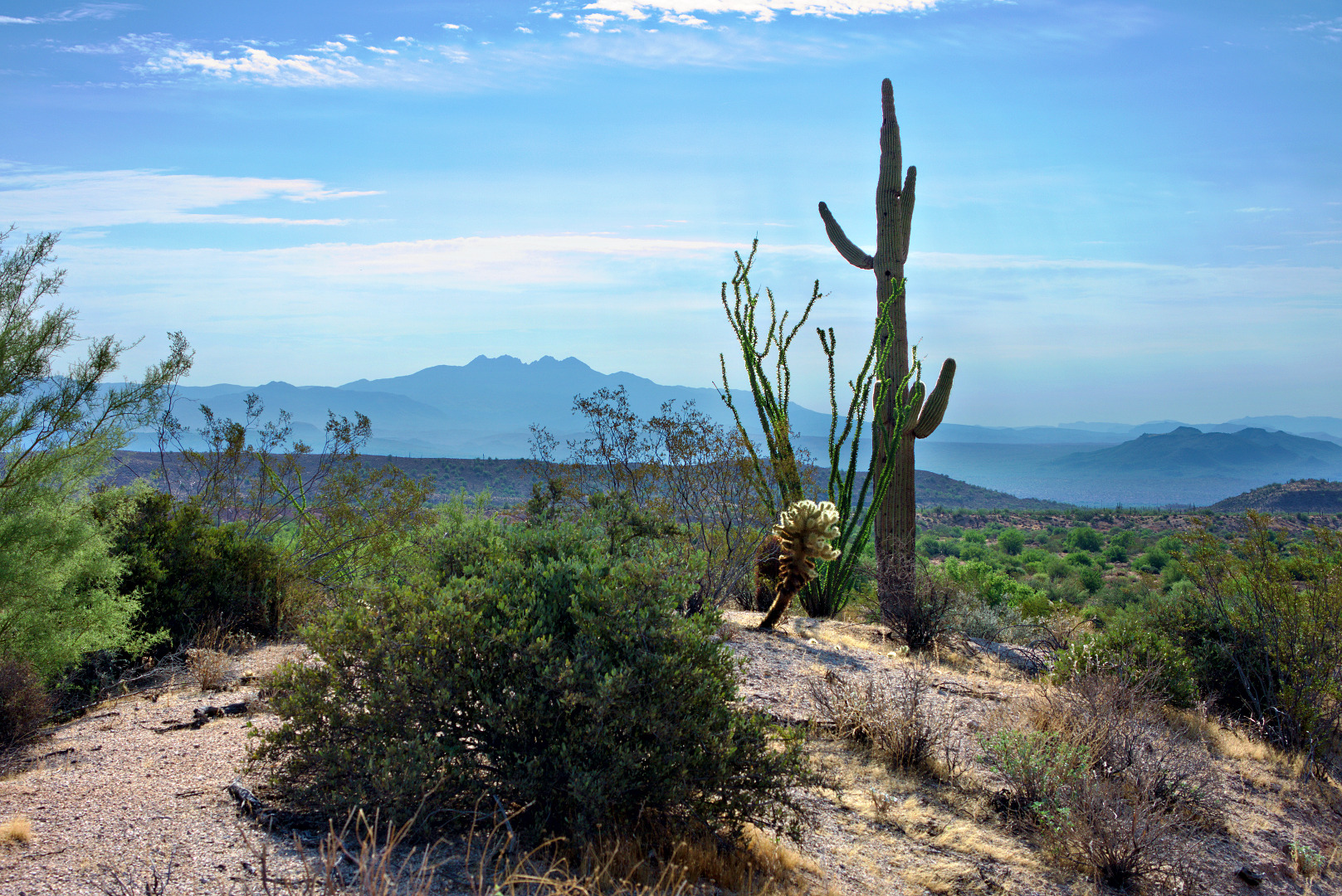