Nick, Bob, Doug, Janet, Linda, and I met at the Eagle’s Nest trailhead.  We hiked nearly ten miles and had nearly 2000 feet of total ascent on our hike utilizing the Dixie Mine, Sonoran, Promenade, and Western Loop Trails.

A view of a water tower from the Sonoran Trail: 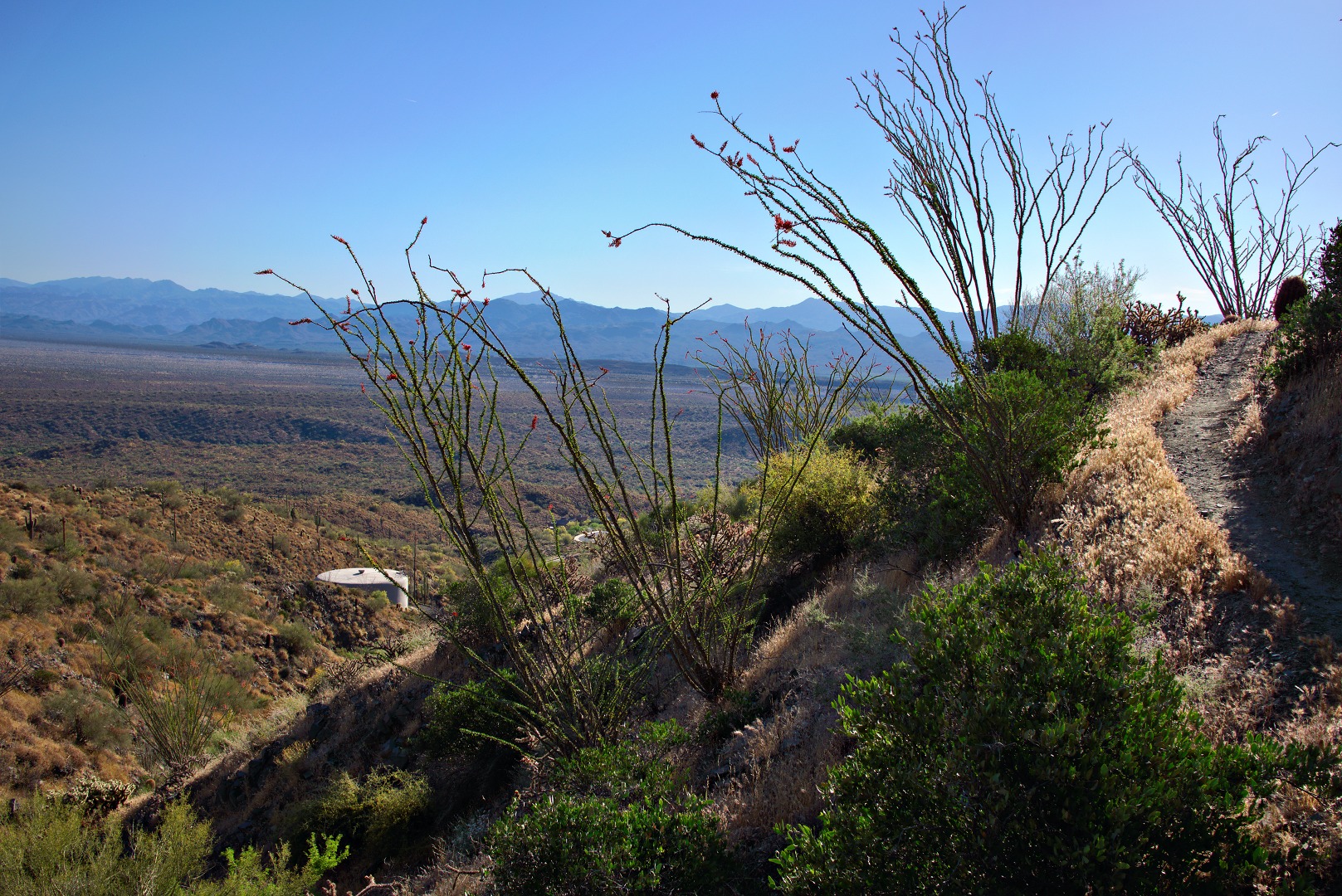 We were resting part way up the Western Loop Trail when I took this photo of the portion of the McDowells comprising the East End and Tom’s Thumb.  You can just make out Tom’s Thumb perhaps a quarter of the way over from the right edge of the photo. 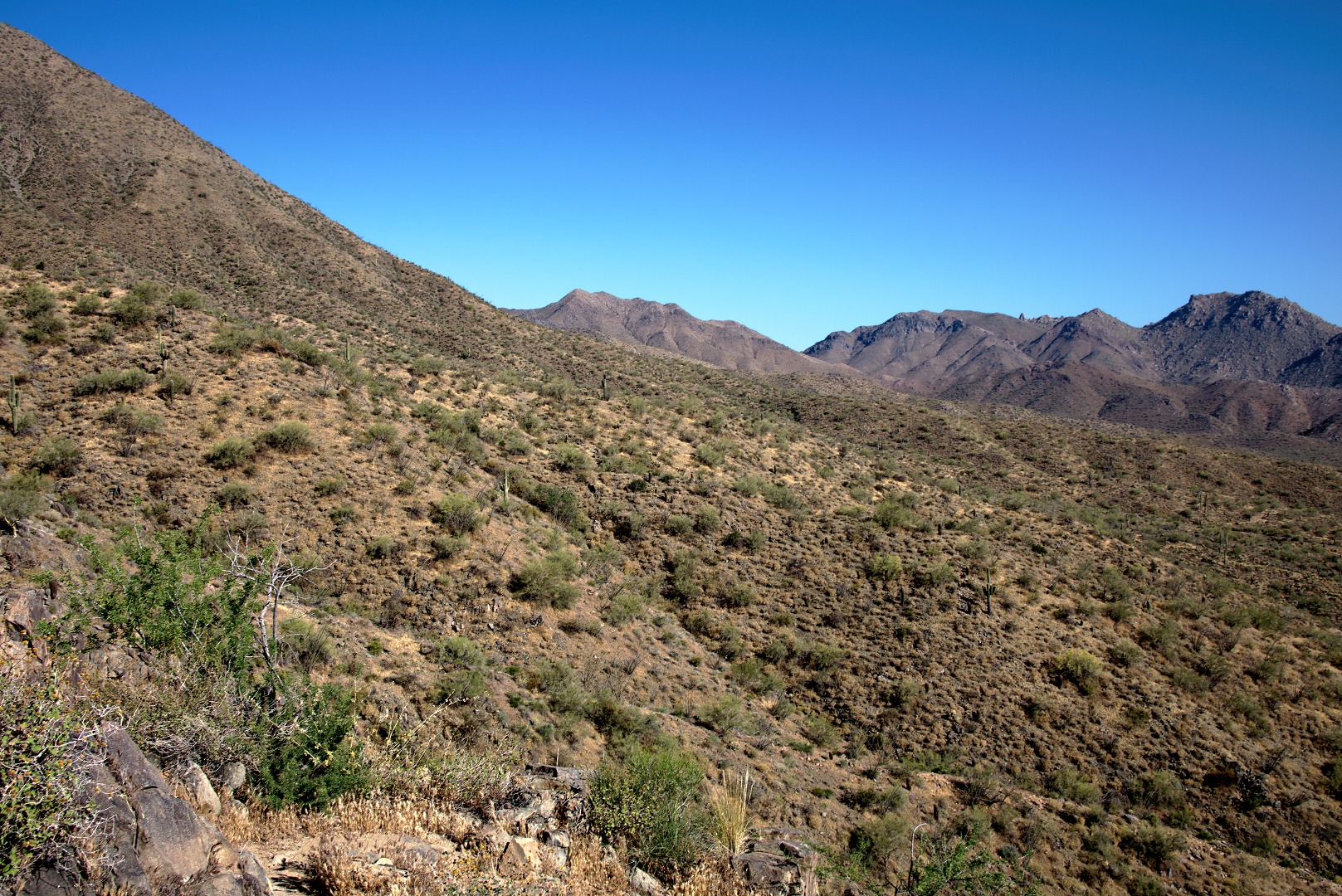 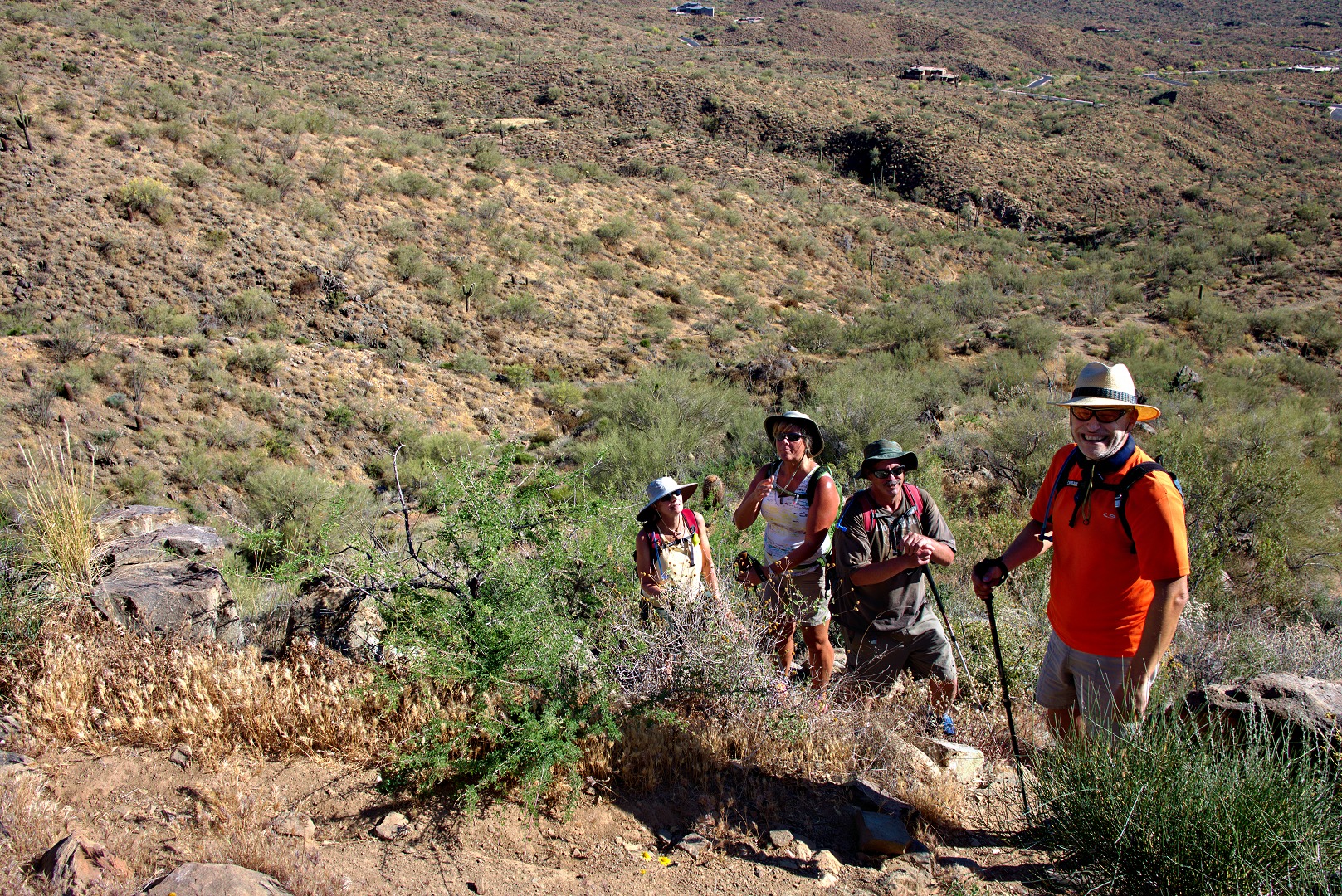 Nearing the high point of the Western Loop Trail… 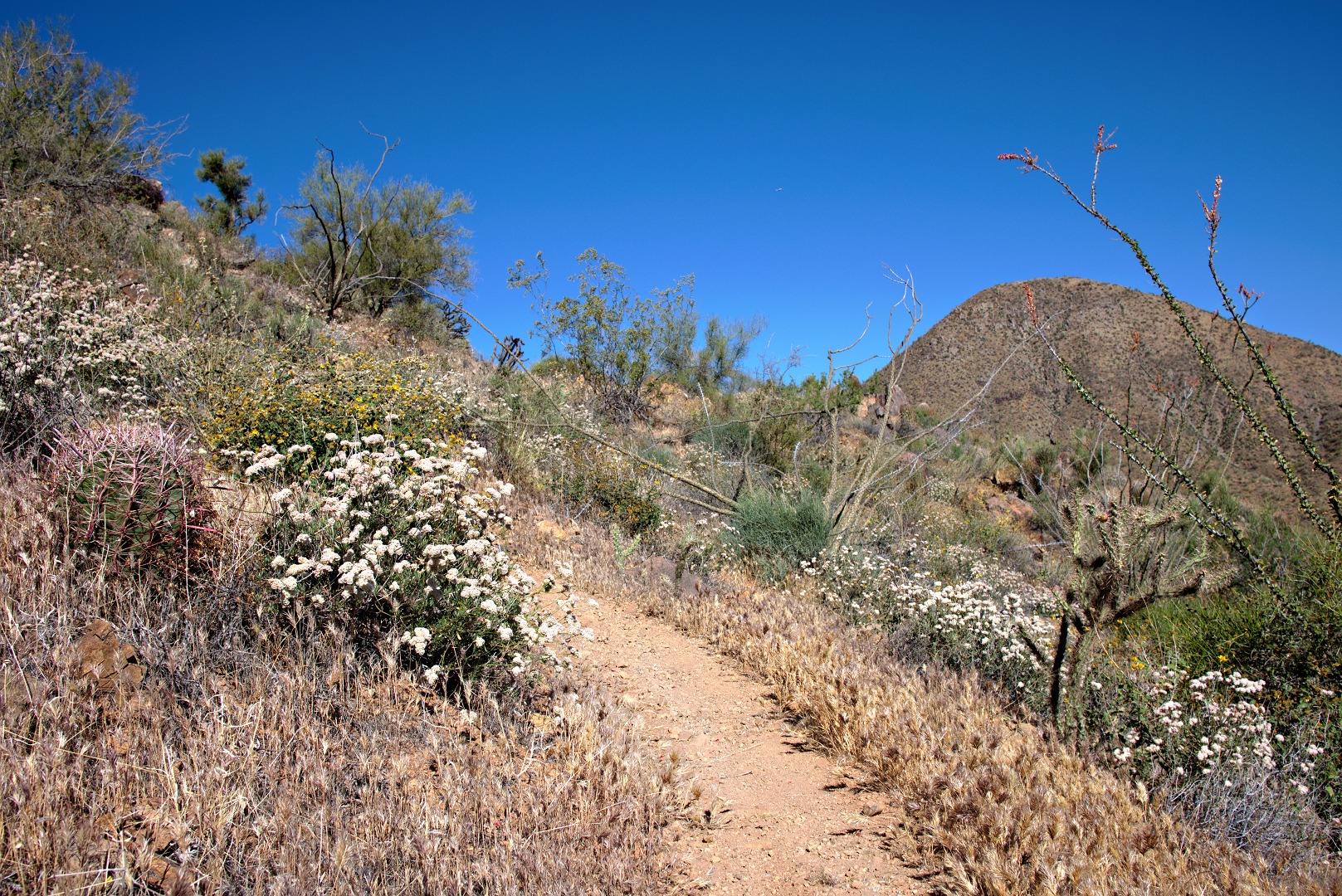 A view of Red Mountain from the top of the Western Loop Trail.  There is a trail which leads to an overlook.  We spent very little time there because there were quite a lot of insects at the overlook. 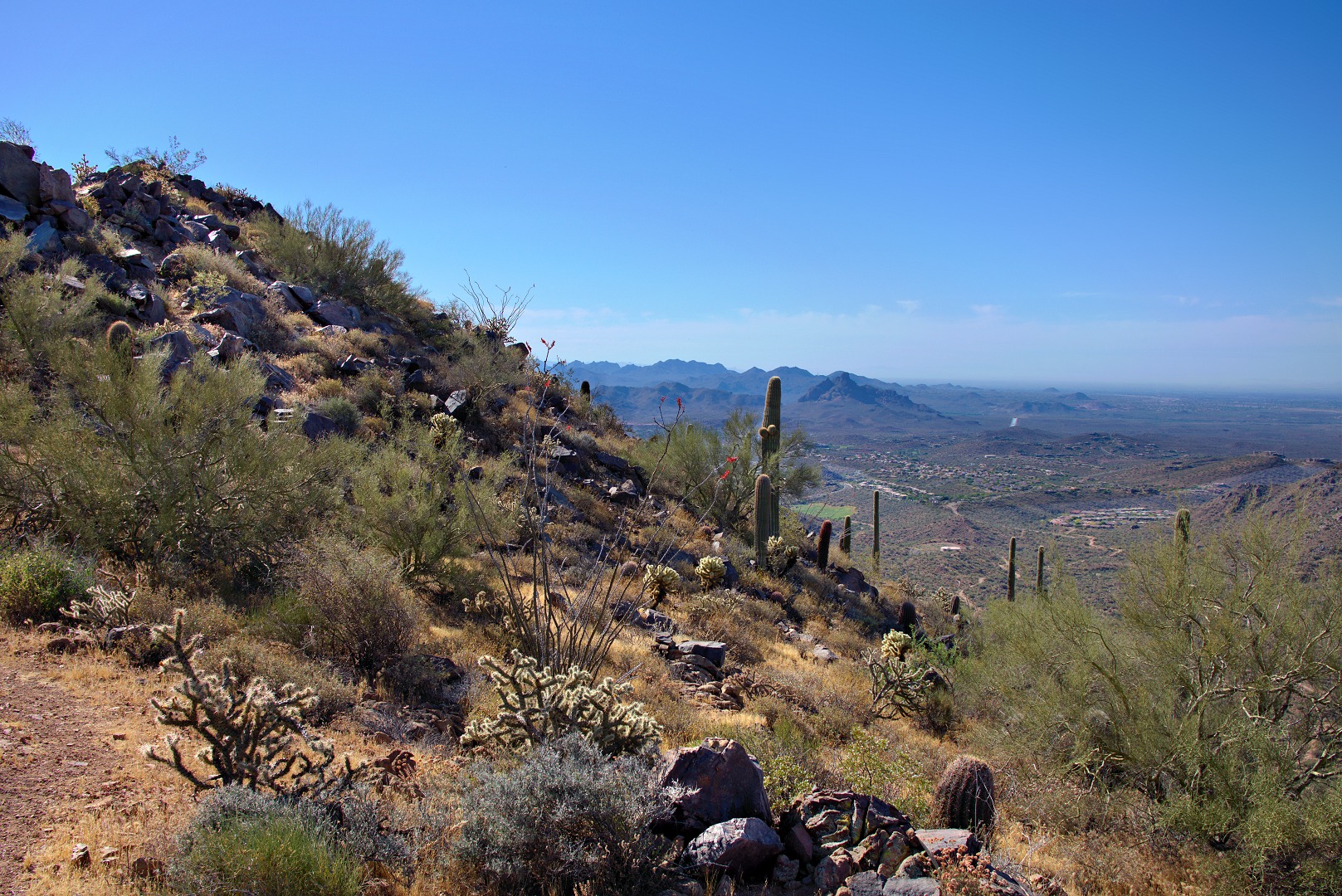 Linda took this photo of Janet, Bob, me, and Nick at the overlook: 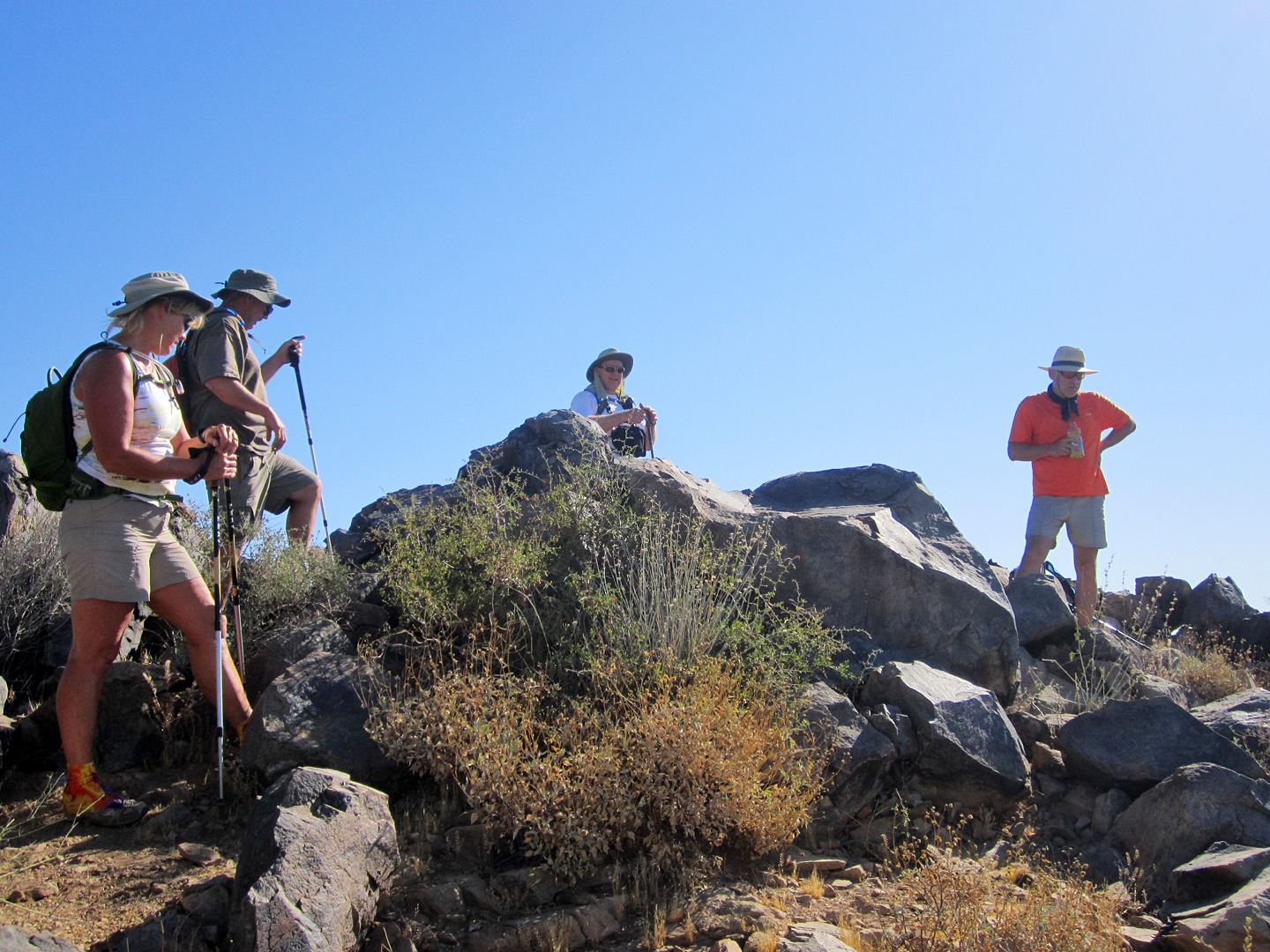 A view of Sunrise Peak where we hiked last week: 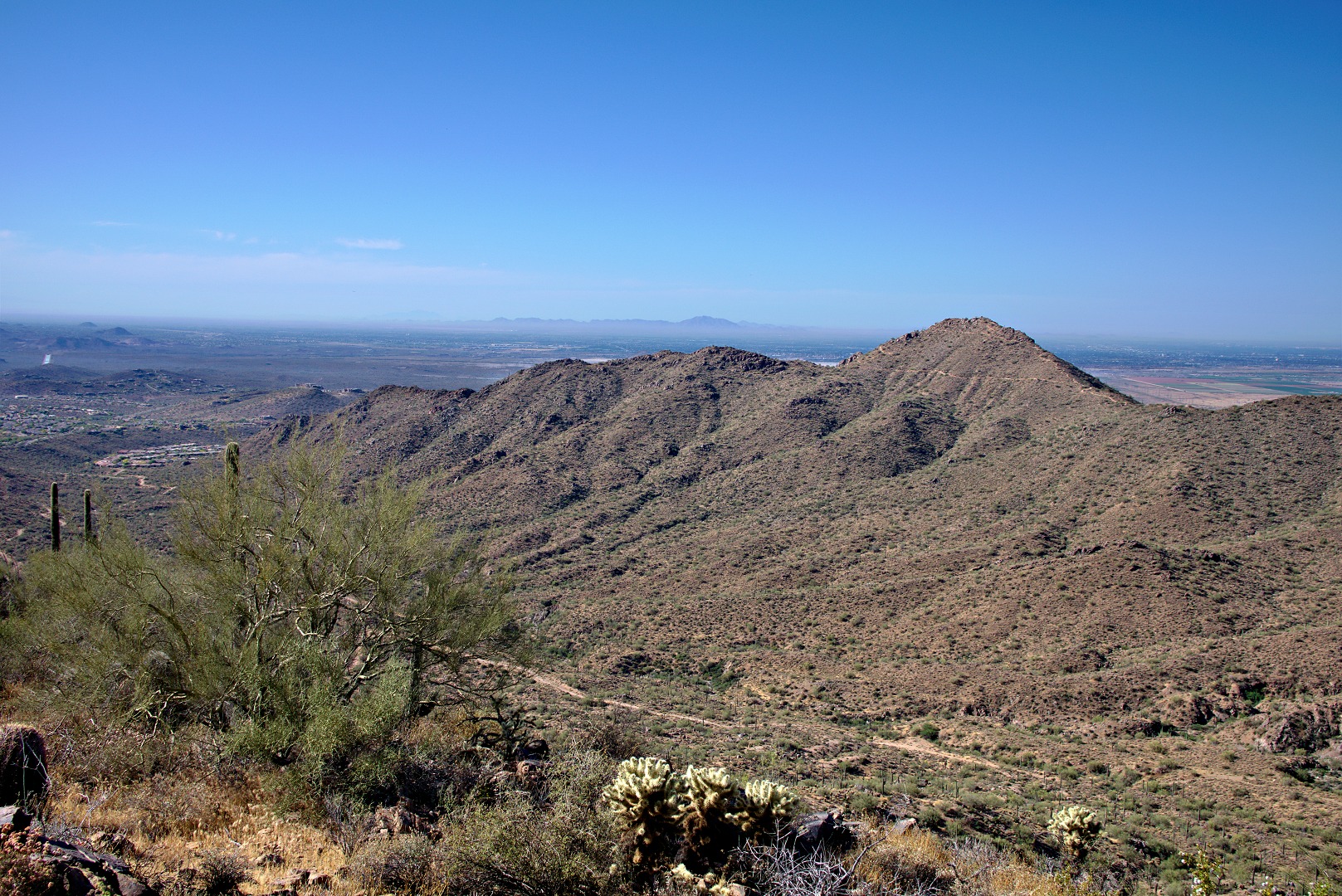 We’re on the Promenade Trail in the photo below.  It’s an old jeep road. 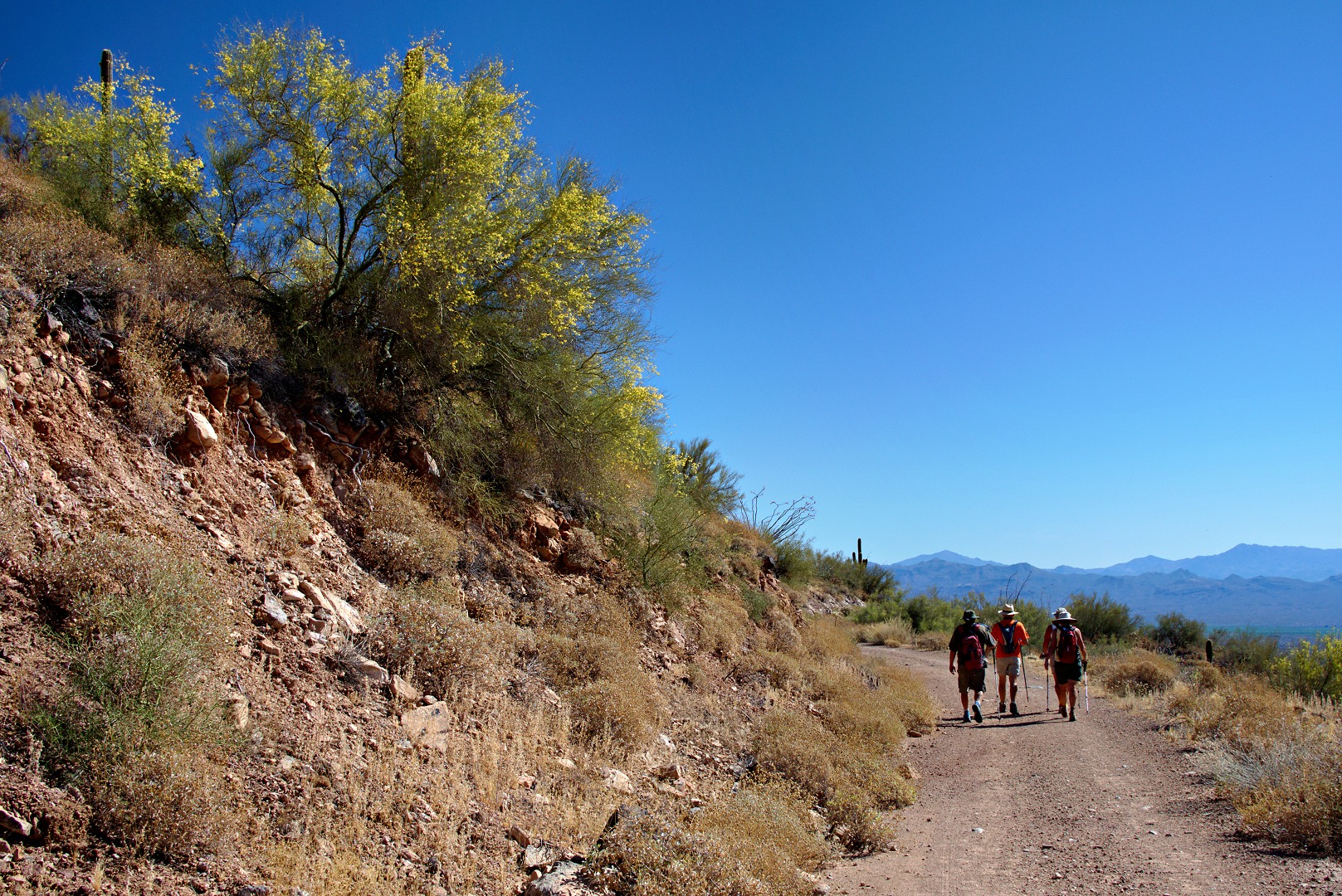 On the way back, I took a photo of the entrance to the Western Loop Trail.  We hiked that segment earlier in the hike. 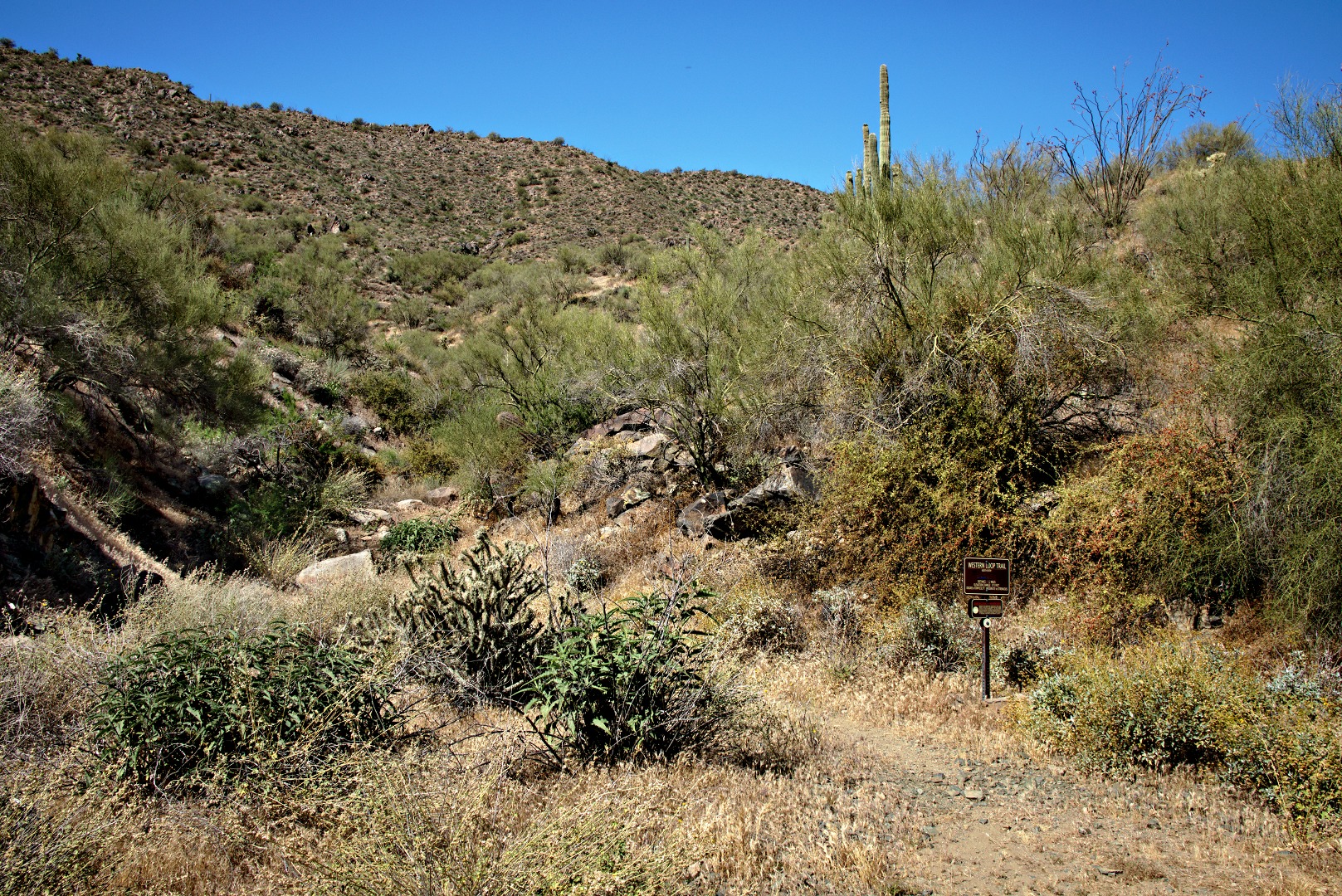 A section of the Sonoran Trail has a short stretch of slippery rock.  The trail builders decided to put in a chain handrail at this point. 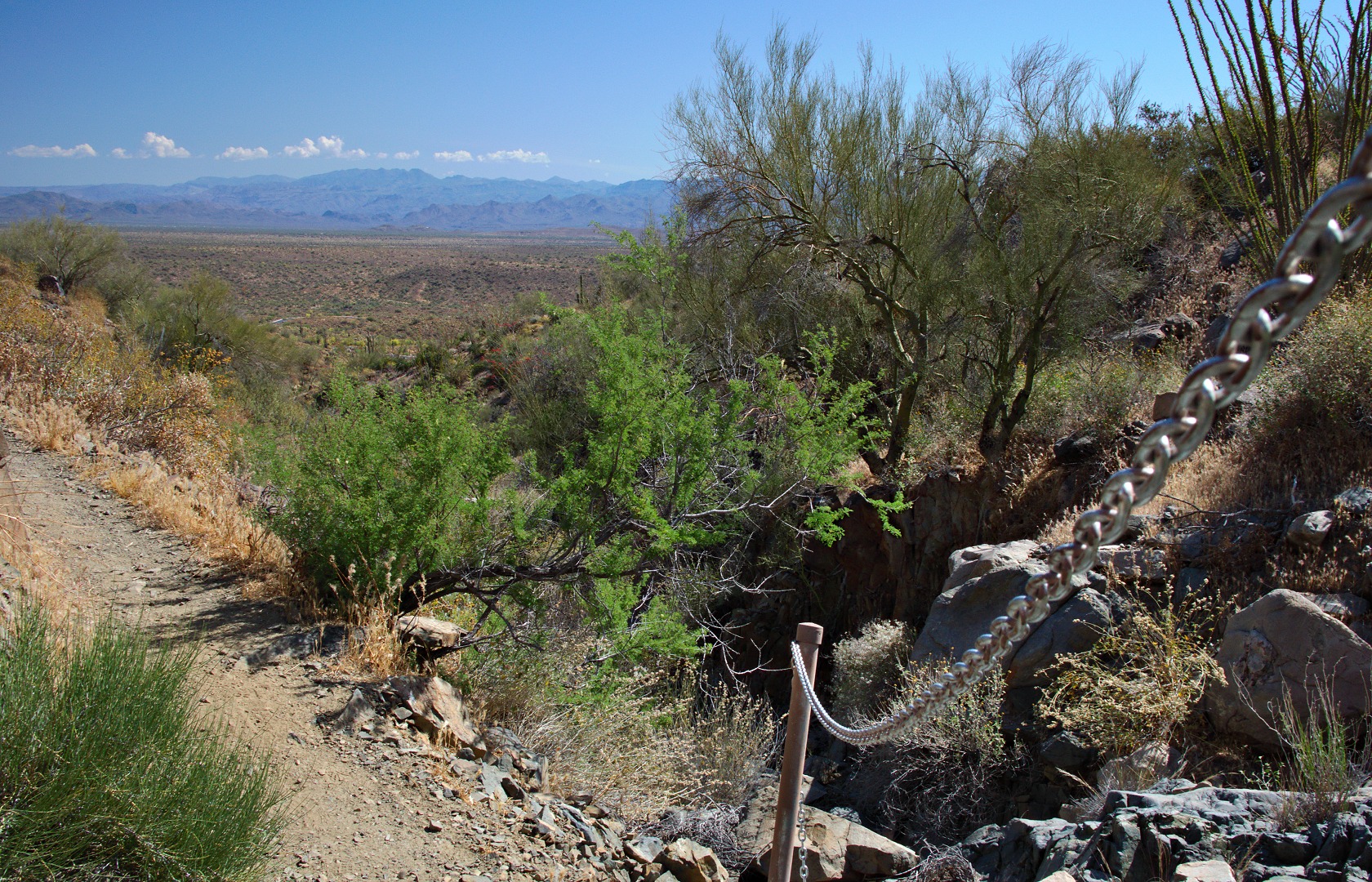 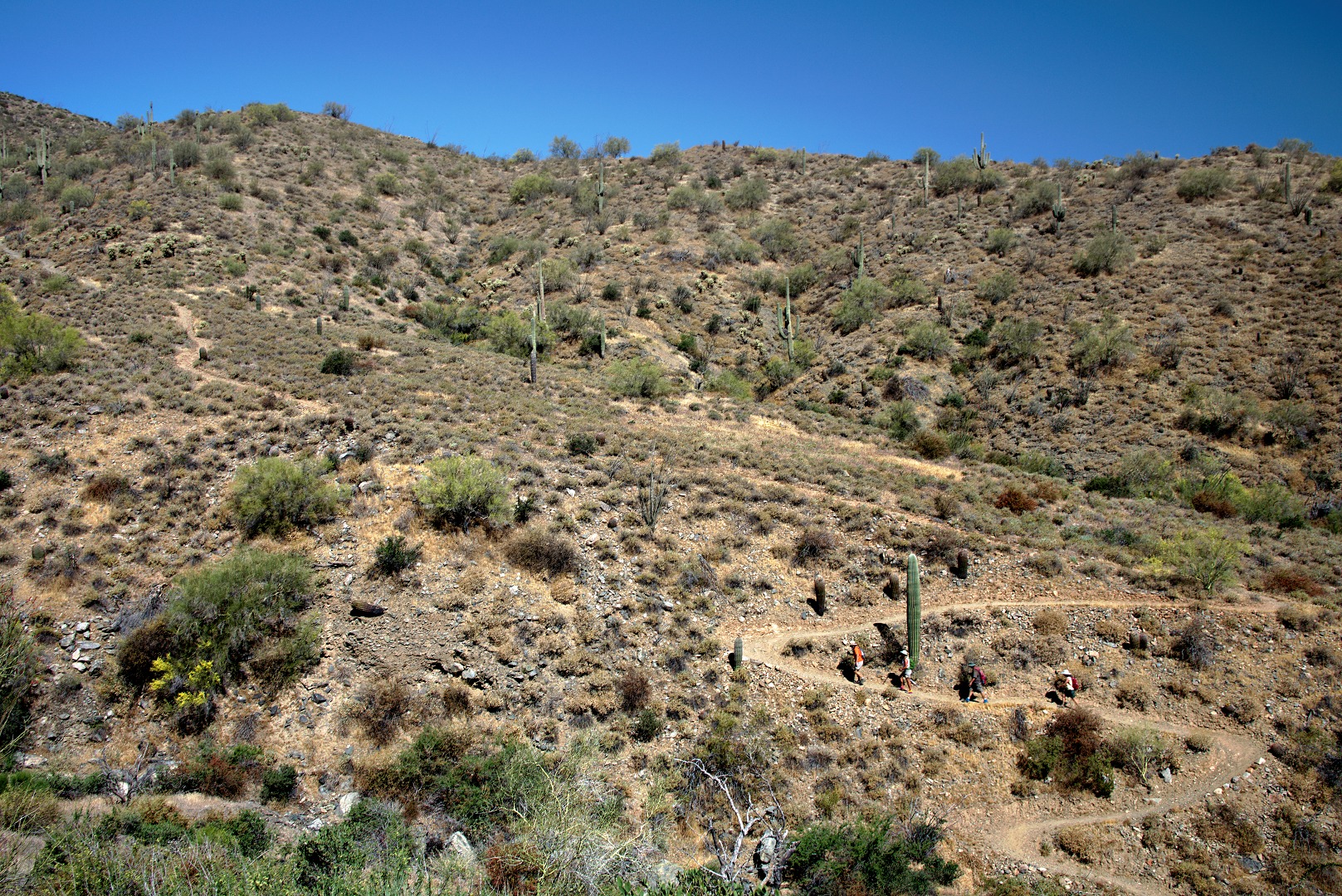 Linda took this photo of a blossoming barrel cactus plant: 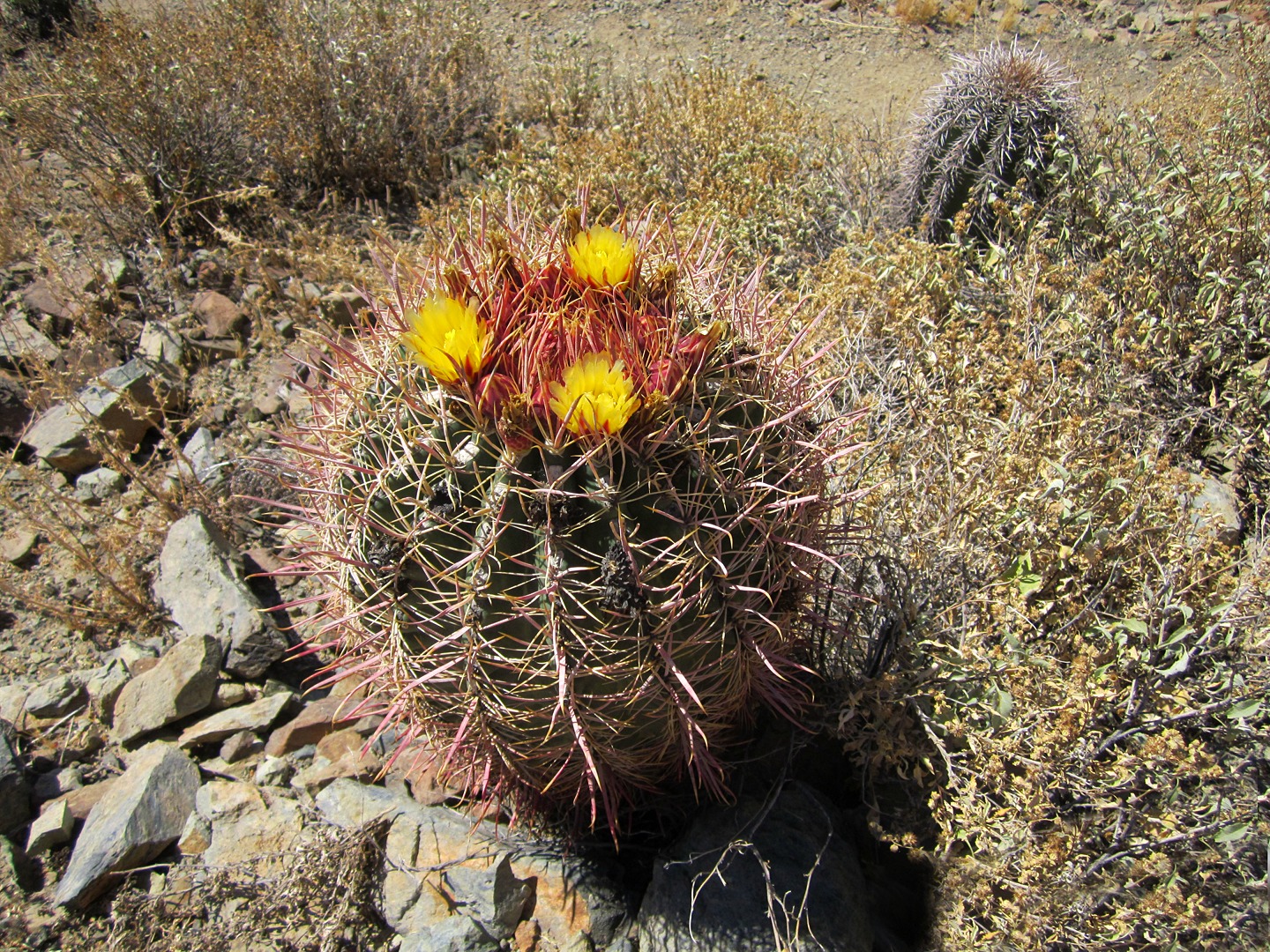 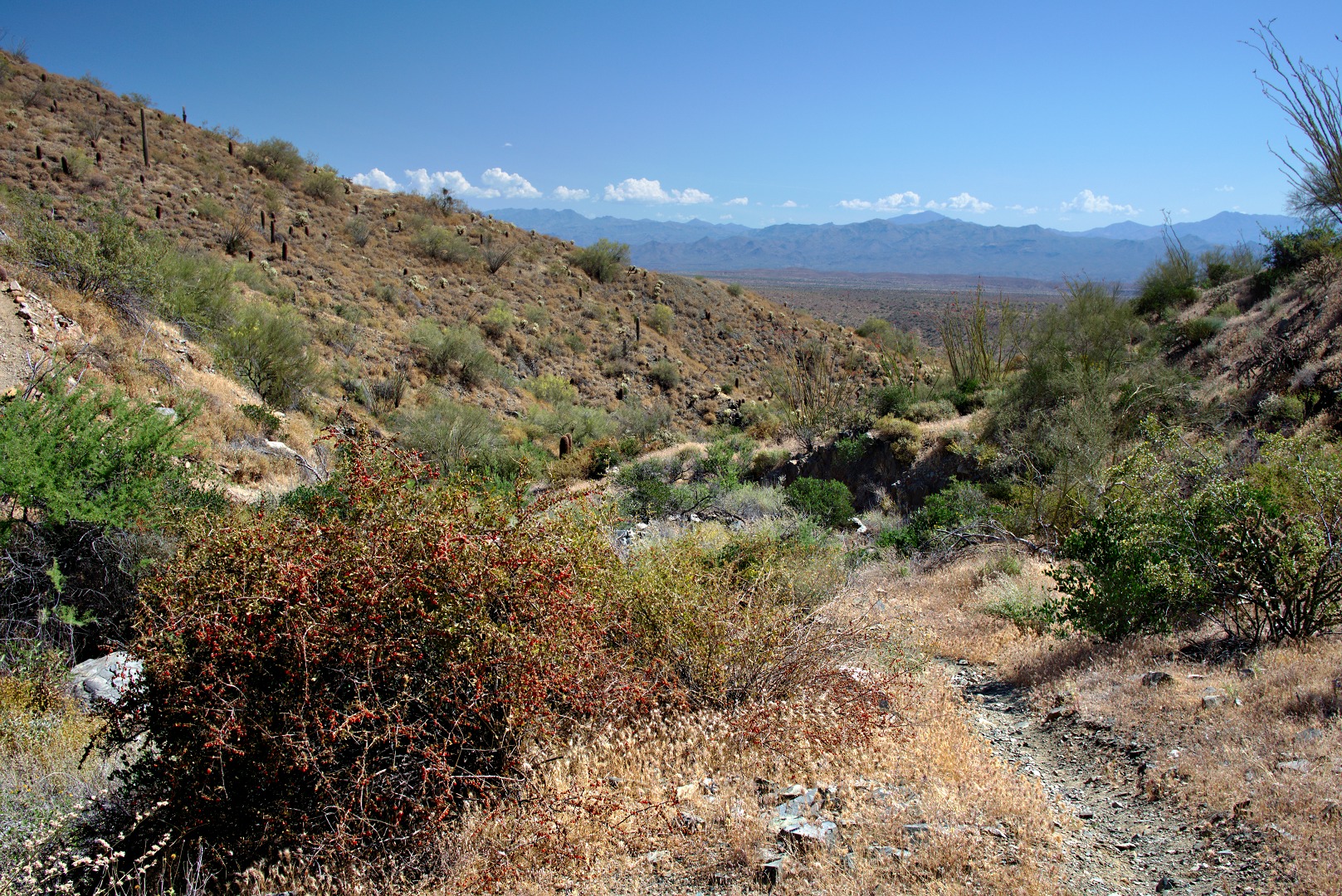 A view of Four Peaks: 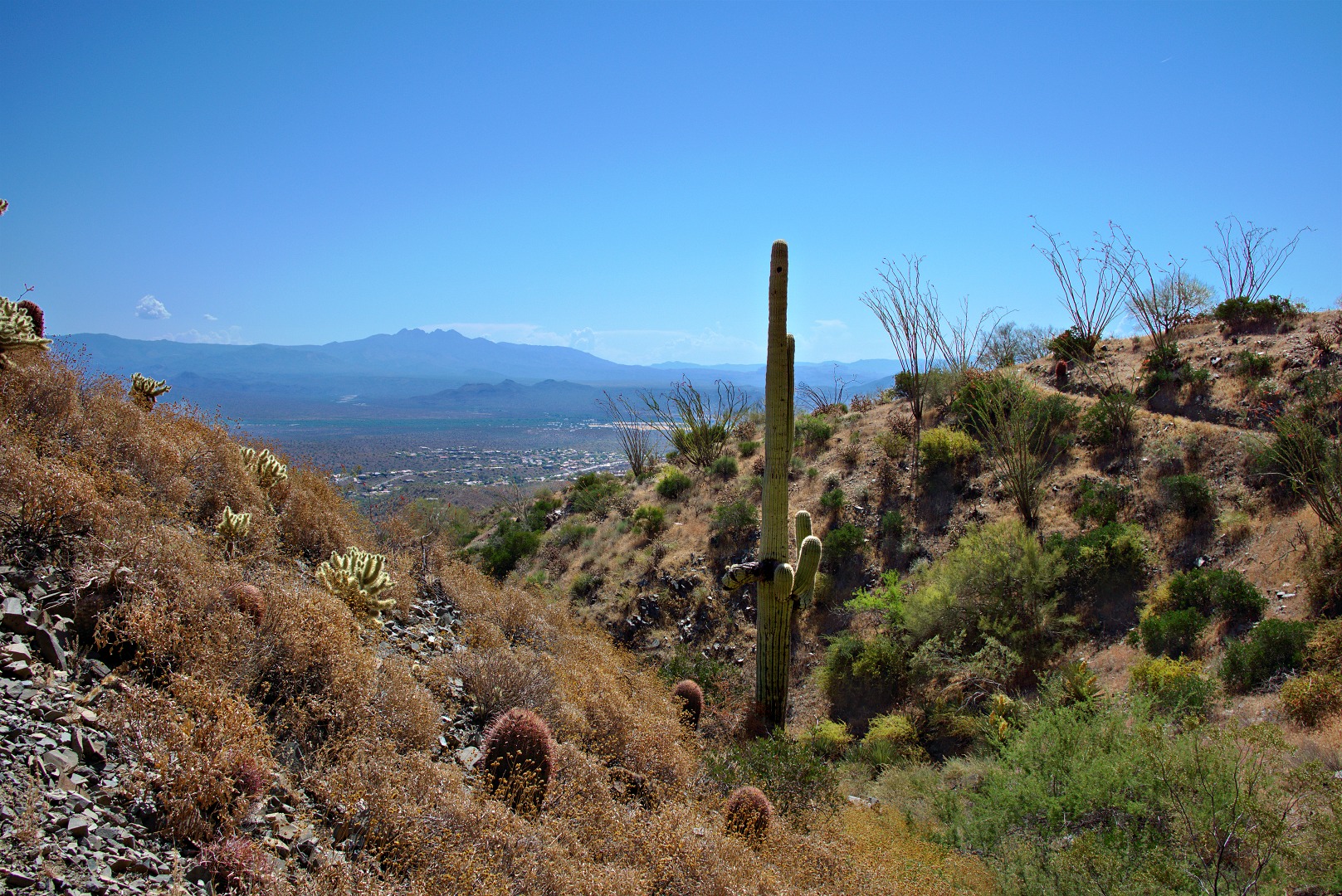 Ocotillo on the Sonoran Trail

Snakes on the Pemberton!