Snakes on the Pemberton!

I saw two snakes while riding earlier today.  These snakes were perhaps 400 yards apart, on the eastern end of the new stretch of the Pemberton.  The first snake I saw was a rattlesnake, probably a Western Diamondback.  Another rider told me that the second snake is a bullsnake.  Amy Burnett, the ranger at McDowell Mountain Park, told me that it’s a sub-species of bullsnake called a Sonoran Gopher Snake.

Both snakes were lying across the trail sunning themselves to get warm.  I had trouble getting the rattler to move.   I nudged it’s tail twice with my foot before it finally deigned to raise its head.  Only after nudging its tail again with a stick did it decide to take a defensive posture.  Even though I was walking all around it taking photos, it stayed in the middle of the trail where it could’ve gotten run over by a bike.  It moved off into the grass only after I spewed a mouthful of water at it. 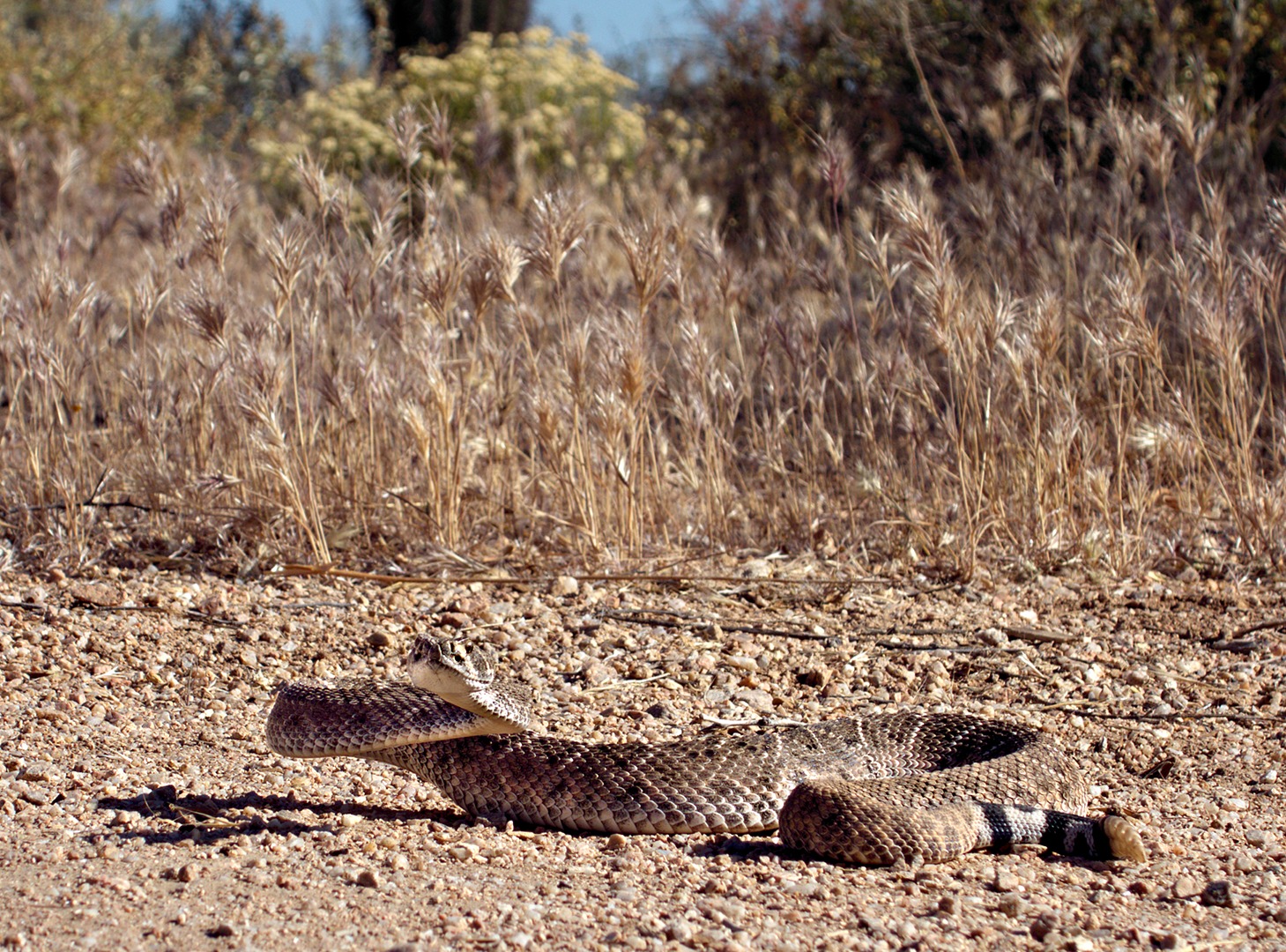 This is a crop (close-up) of the above photo: 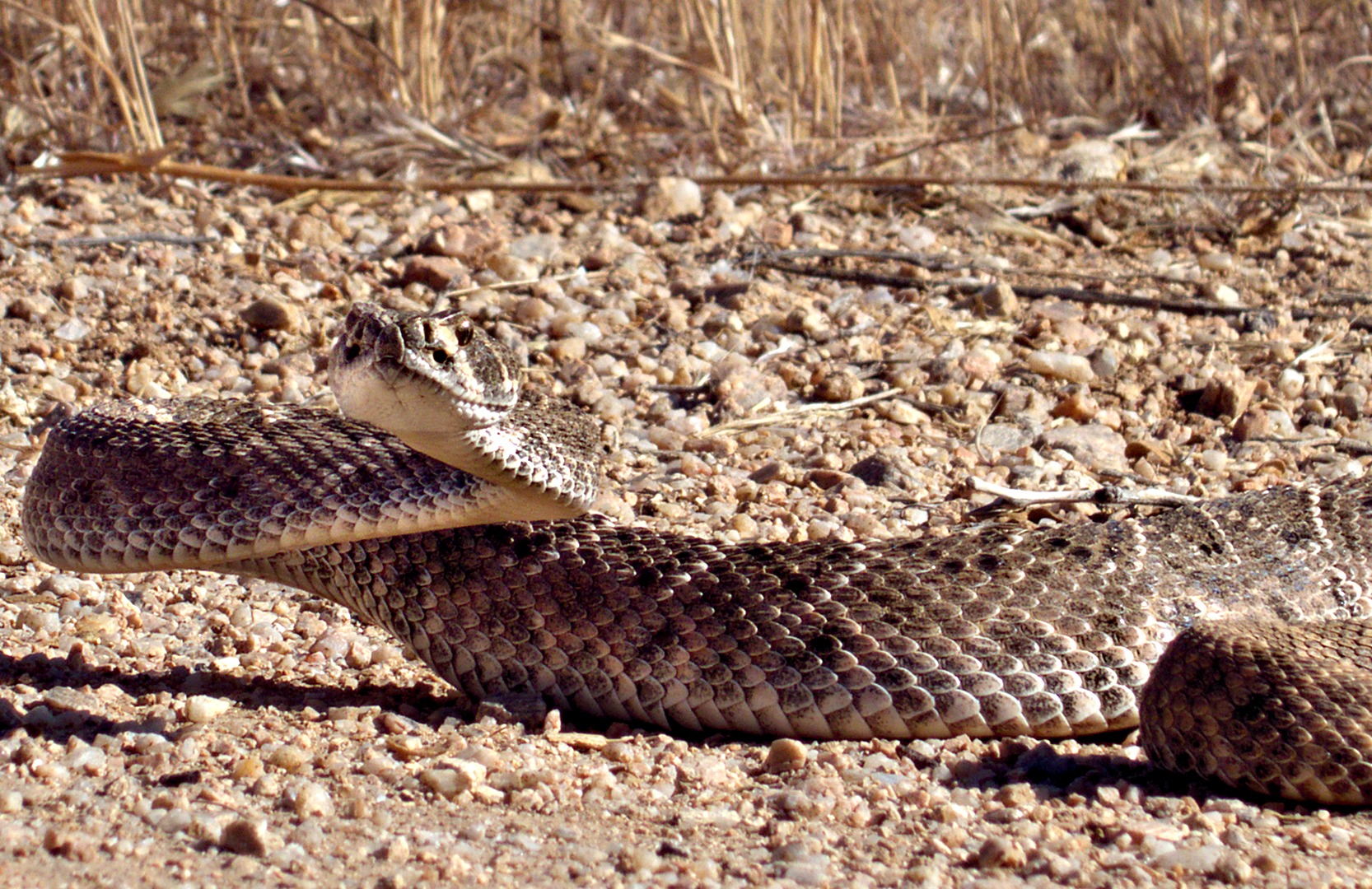 This next photo shows a better view of the rattler’s tail.  Unfortunately, the head is not quite in focus. 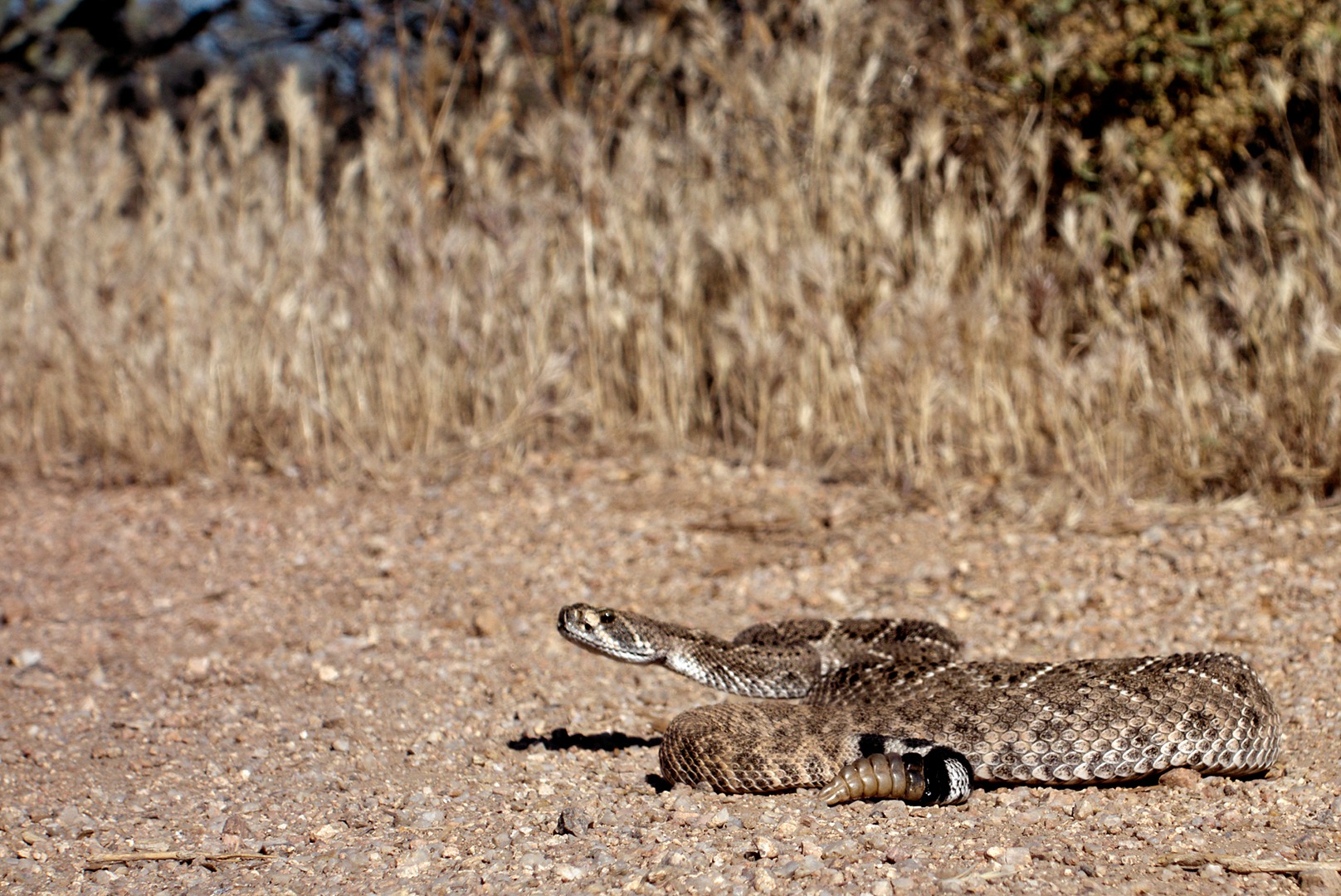 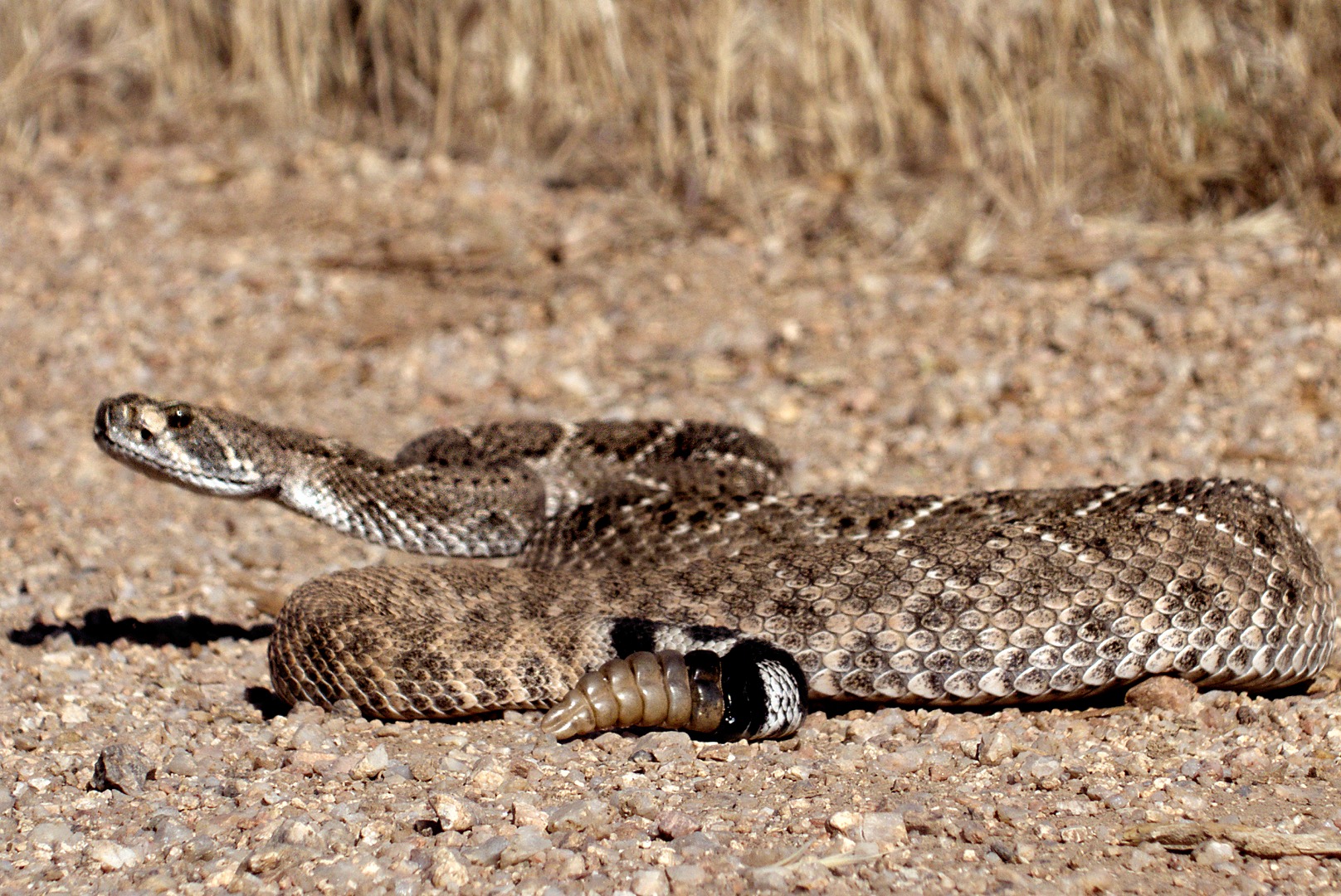 I came across the Sonoran gopher snake only a short while later, probably not even a quarter of a mile from the Western Diamondback.  It, too, was lying across the trail, but became quite curious about my camera!  It started slithering towards me as I was frantically taking photos of it.   I eventually had to move out of its way! 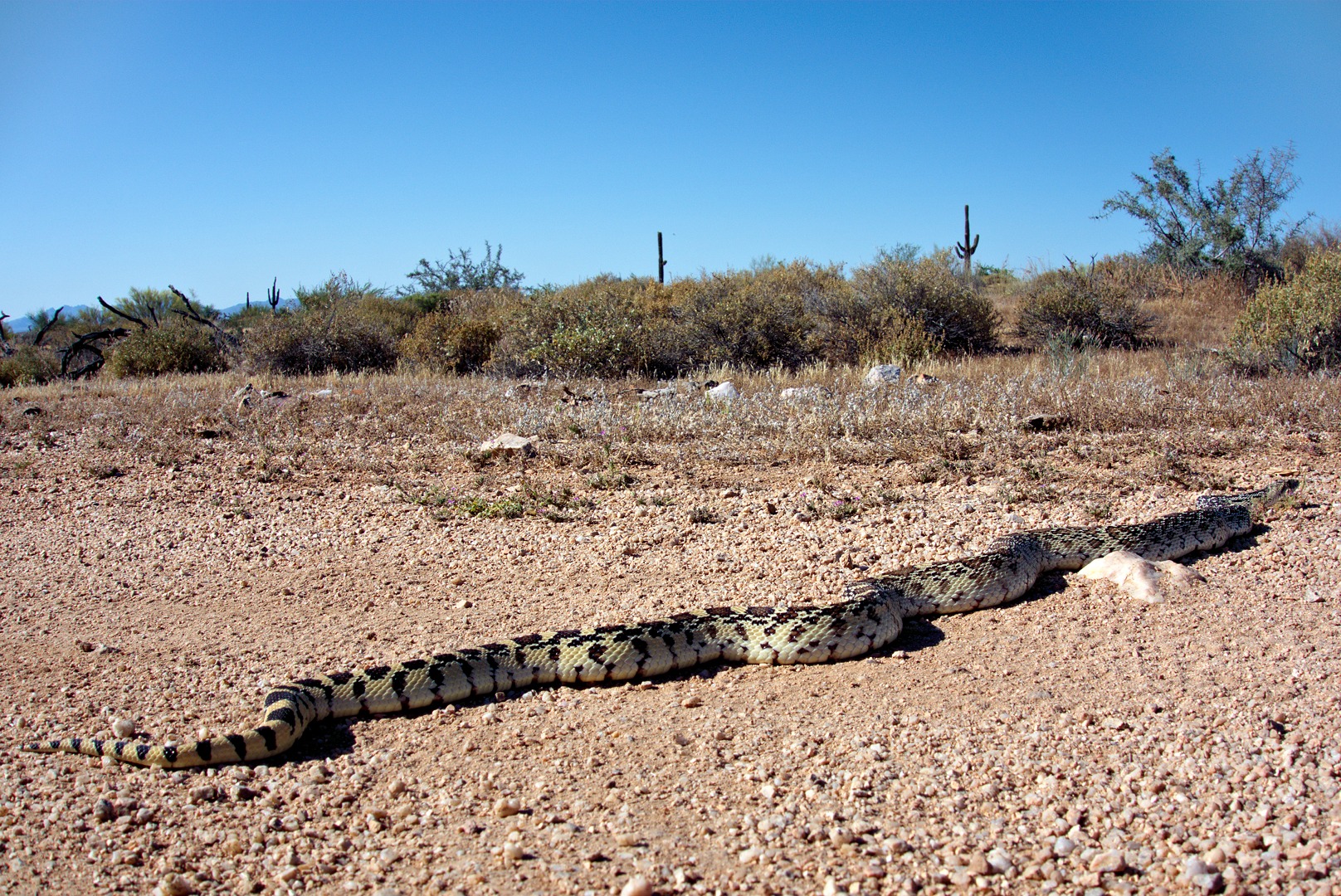 It was perhaps two feet away for this shot.  It looks closer because I cropped away the bottom part of the image. 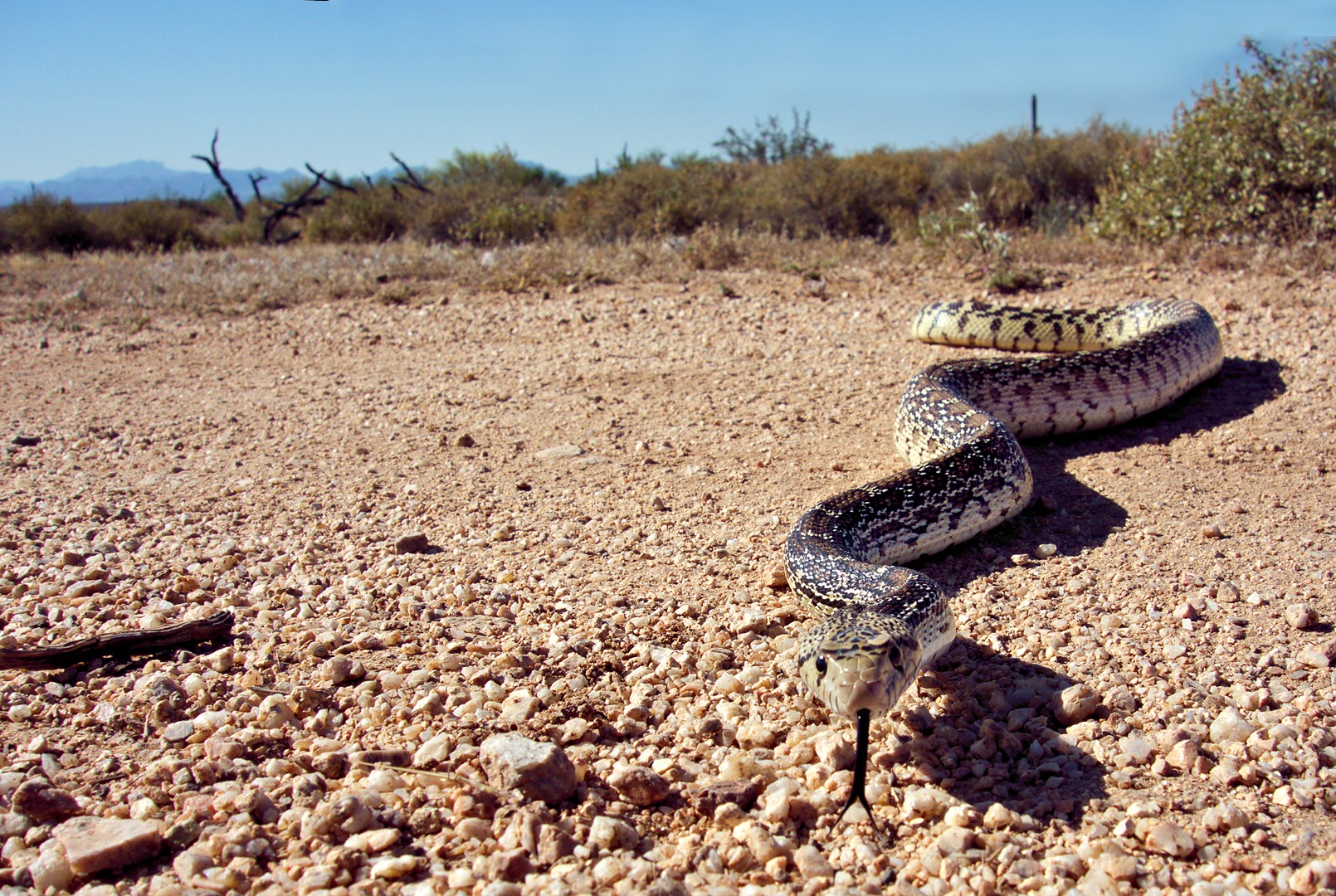 An even tighter crop: 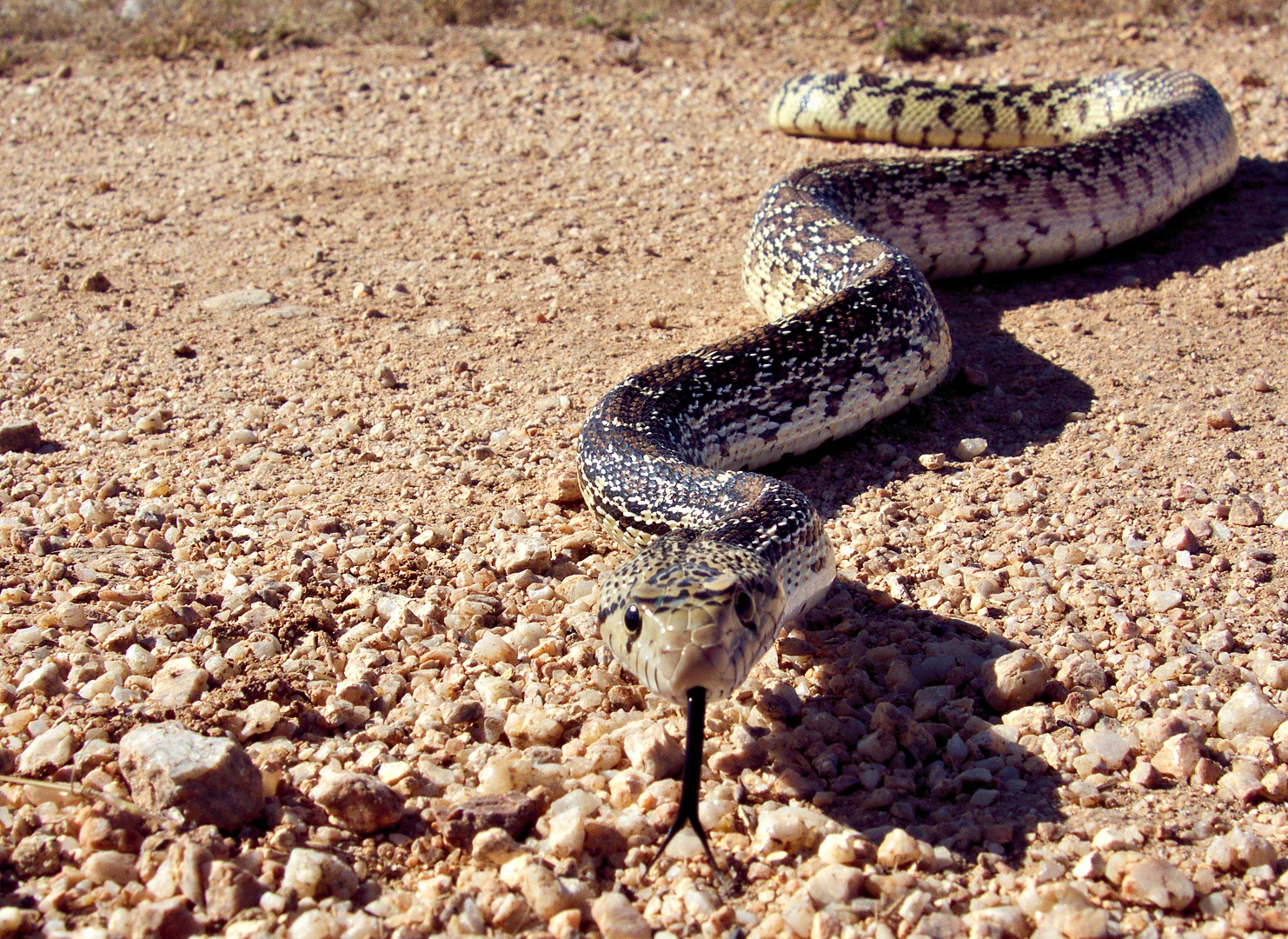