Freckles was my model today for some experiments in flash photography.  She was an unwilling participant at times and was very poor at taking direction, but she is, after all, a cat.  In the picture below, she didn’t want to sit at the end of the wall so that I could try different settings.  Instead, she saw the flash gun lying a short ways away on the wall.  It’s black and perhaps slightly to big to be prey, so she crept up on it slowly. 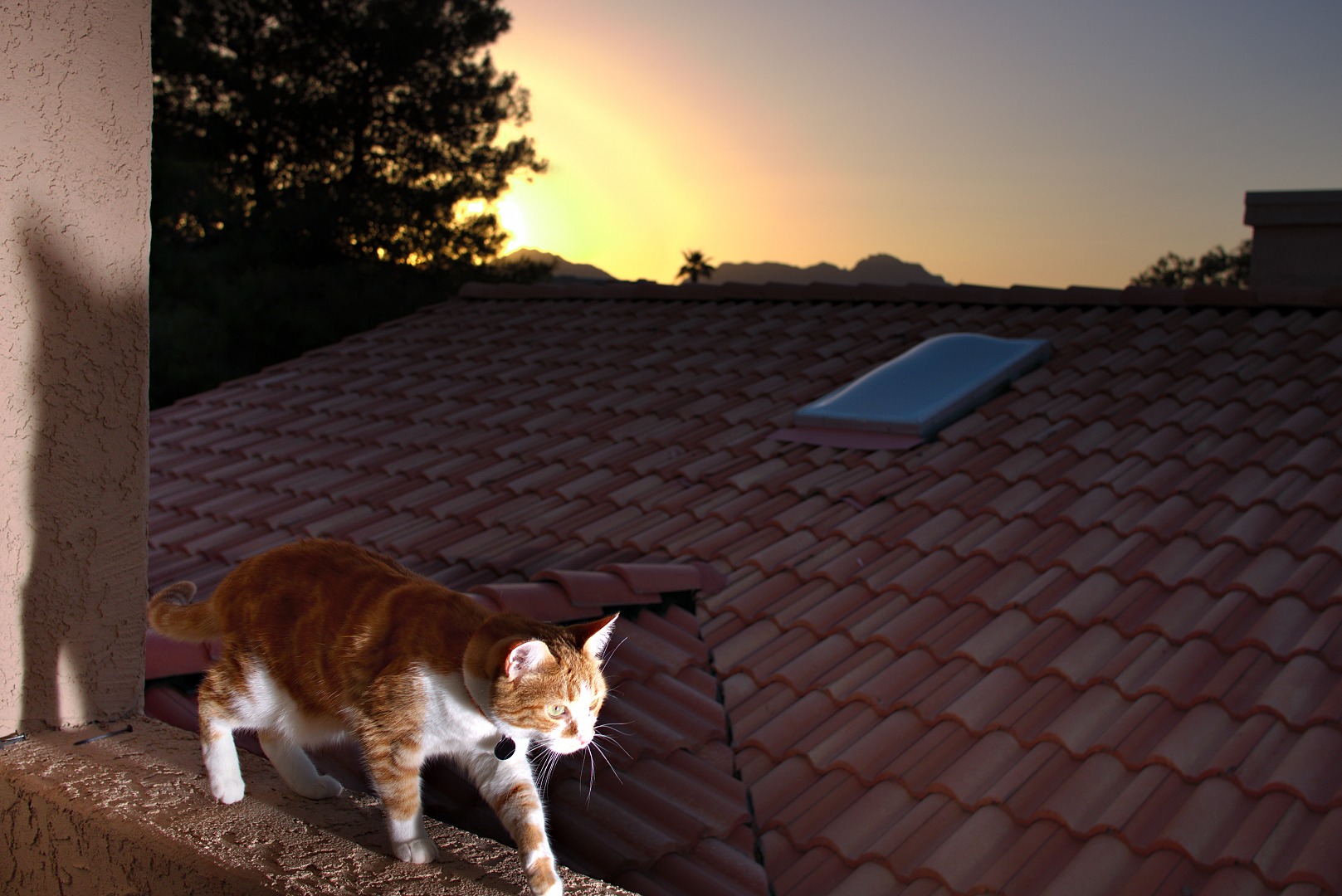 Marilyn, on the Pemberton