Janet, Bob, Marilyn, and I hiked up to Tom’s Thumb on Friday.  On the way back, we took a side trip to hike up the East End, which is the highest point in the McDowells.

Below is the view of the McDowells as seen from near the trailhead.  Tom’s Thumb is about a third of the way from the right edge of the photo.  Gardener’s Wall is in the middle. Morrell’s is at the far left. 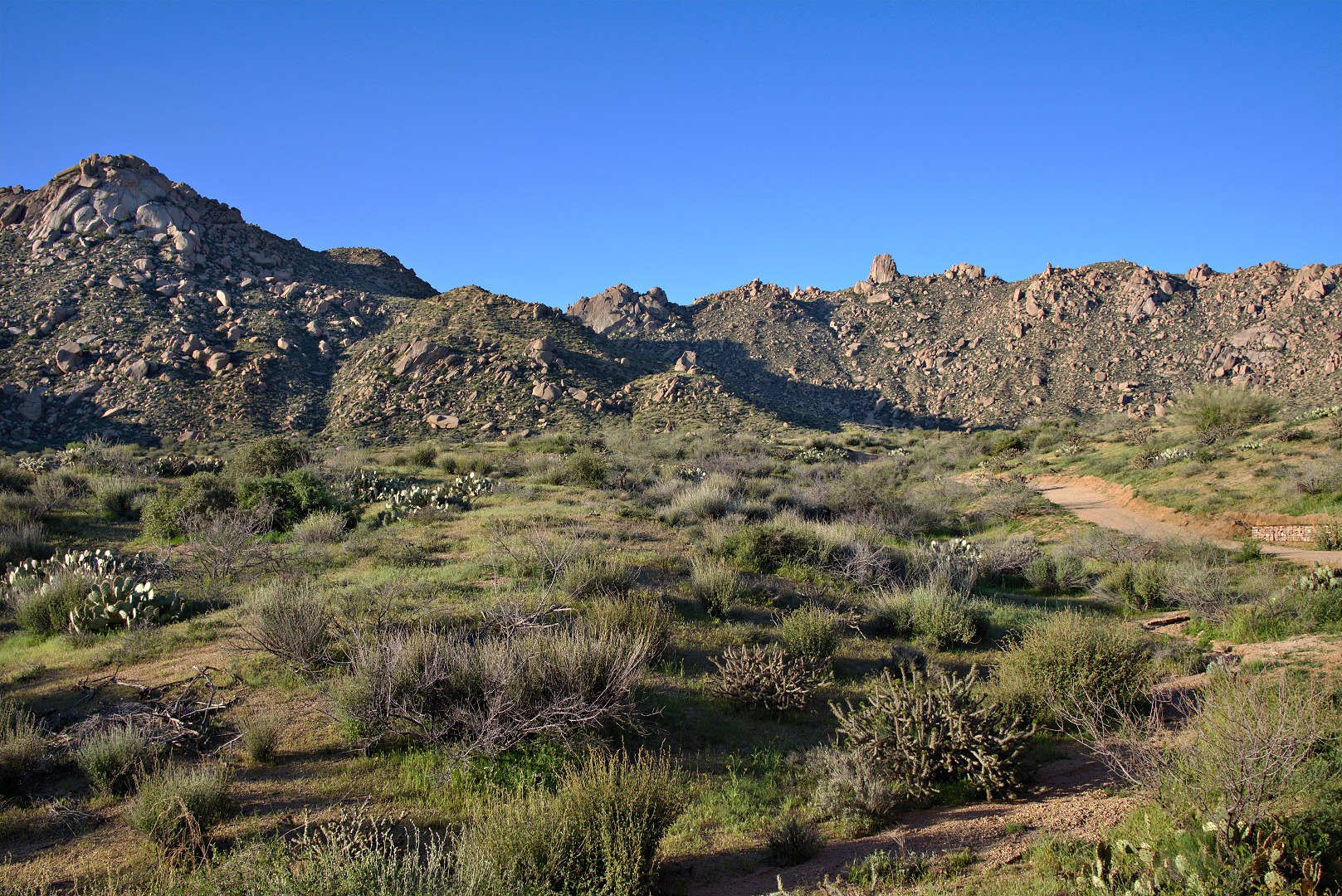 Poppies and Lupines.  I don’t know what the white flowers are. 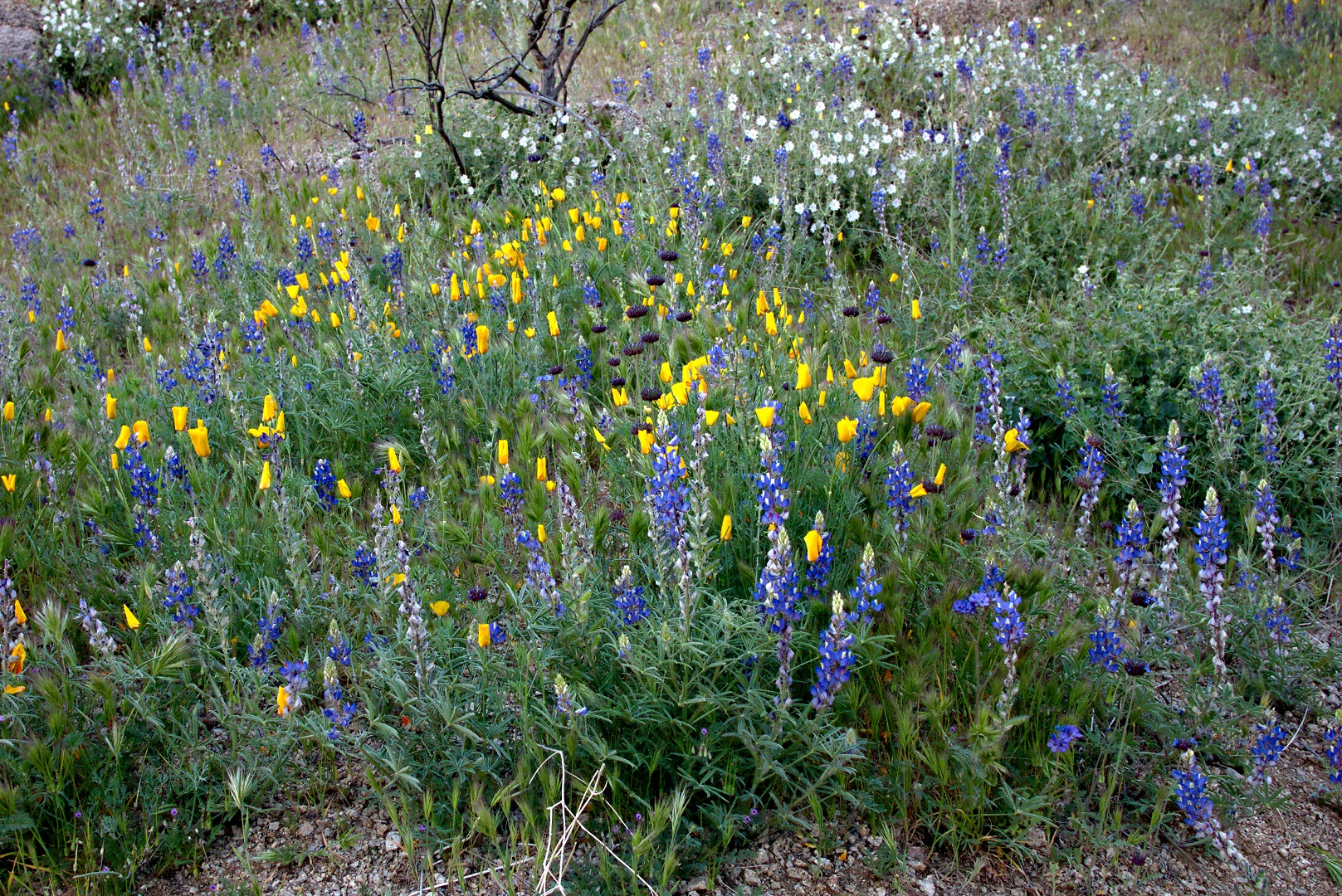 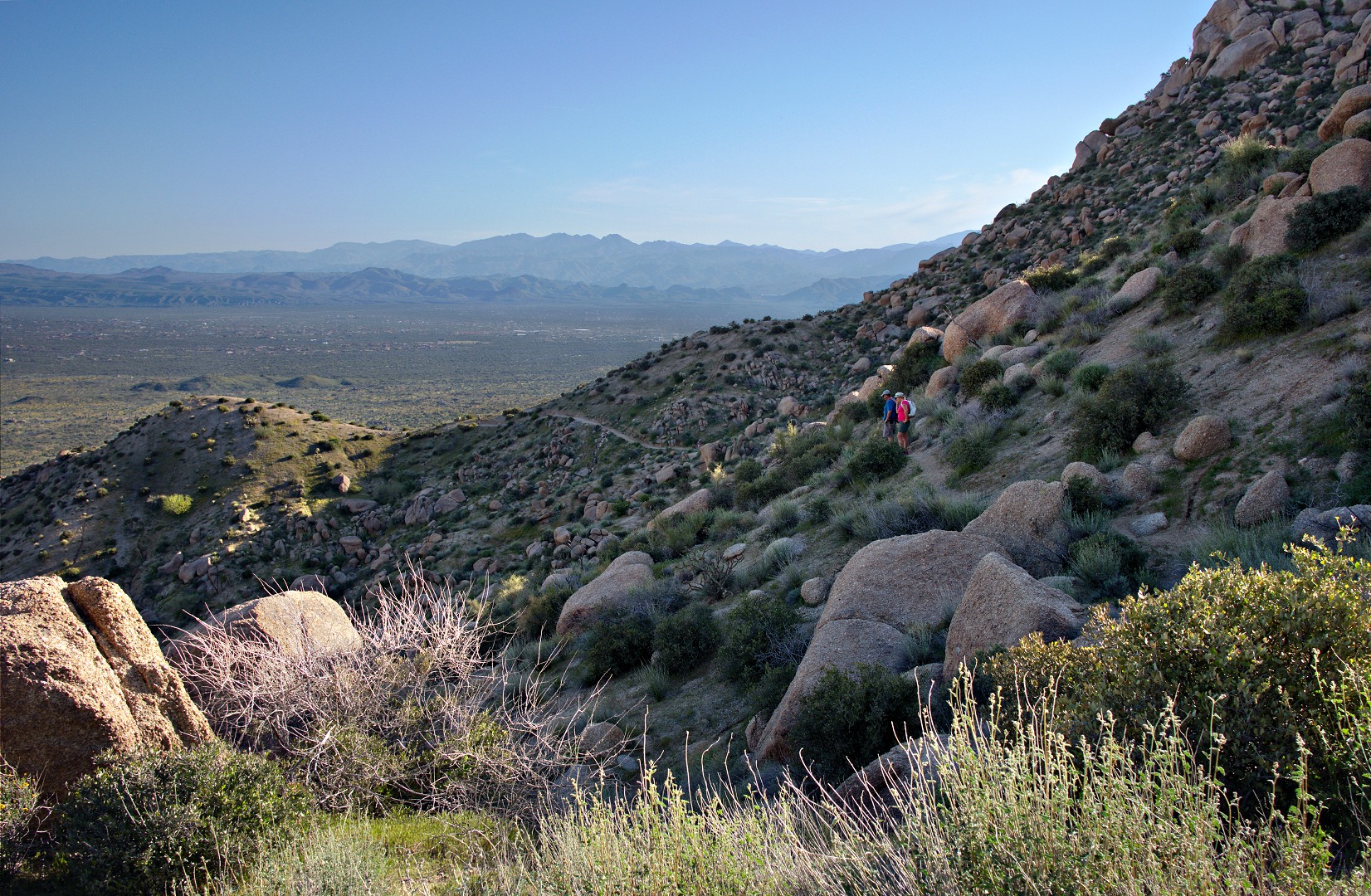 Another view of Gardener’s Wall on the left and Tom’s Thumb, above and to the right. 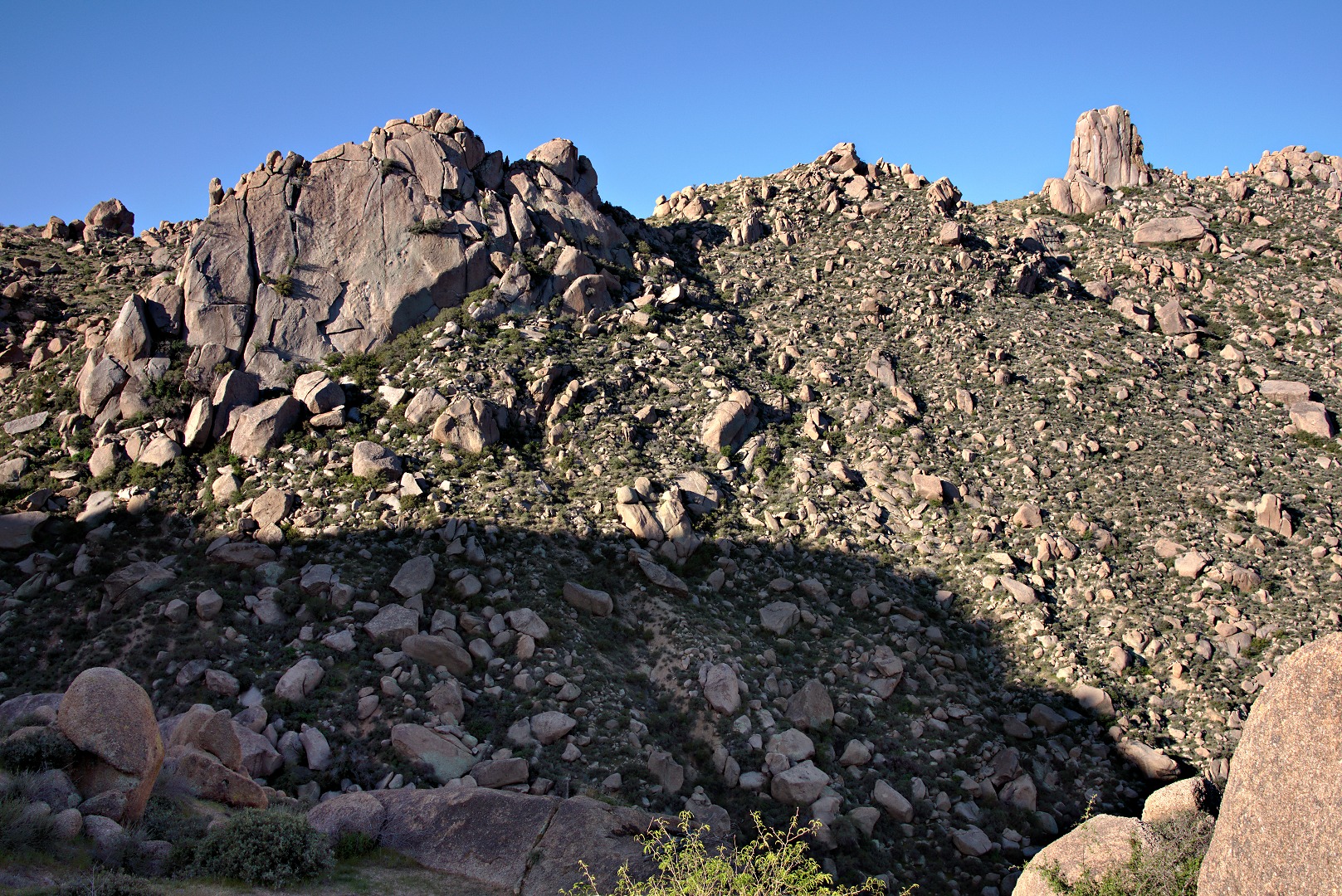 We passed this large boulder which reminded us of a dinosaur head: 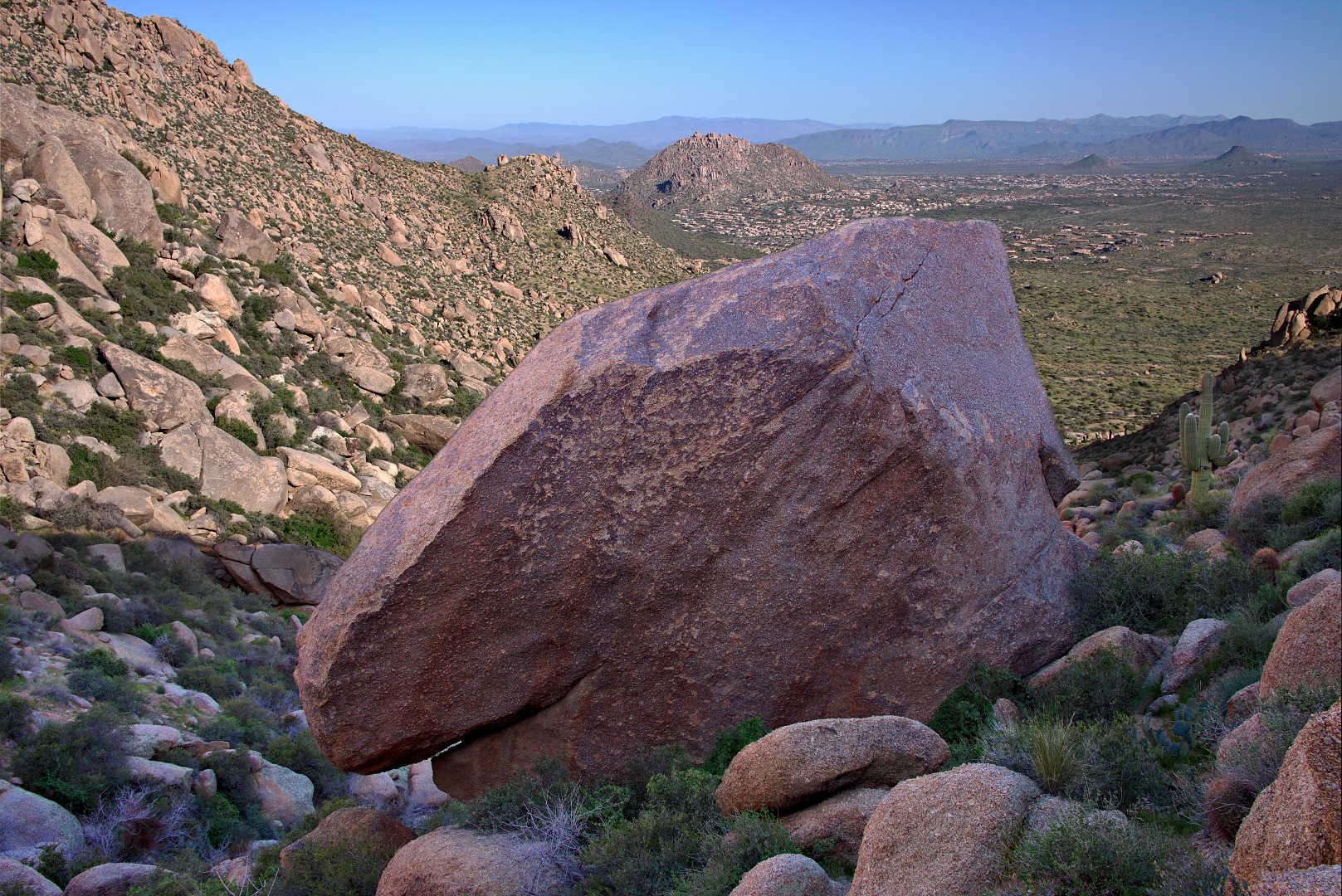 The trail became steep and we got to scramble over boulders on our way to rejoin the Tom’s Thumb Trail. 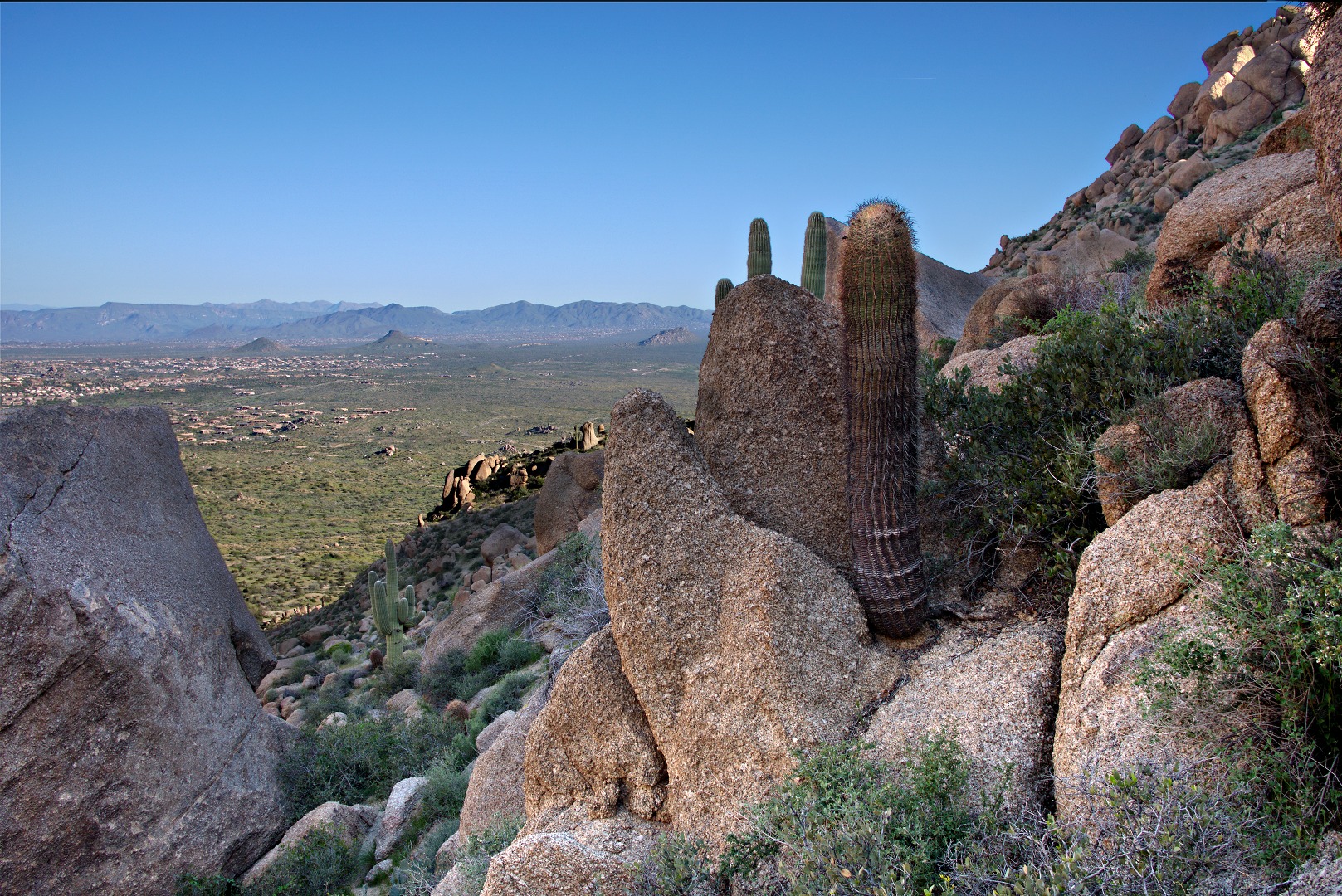 Janet and Bob scrambling up a steep section: 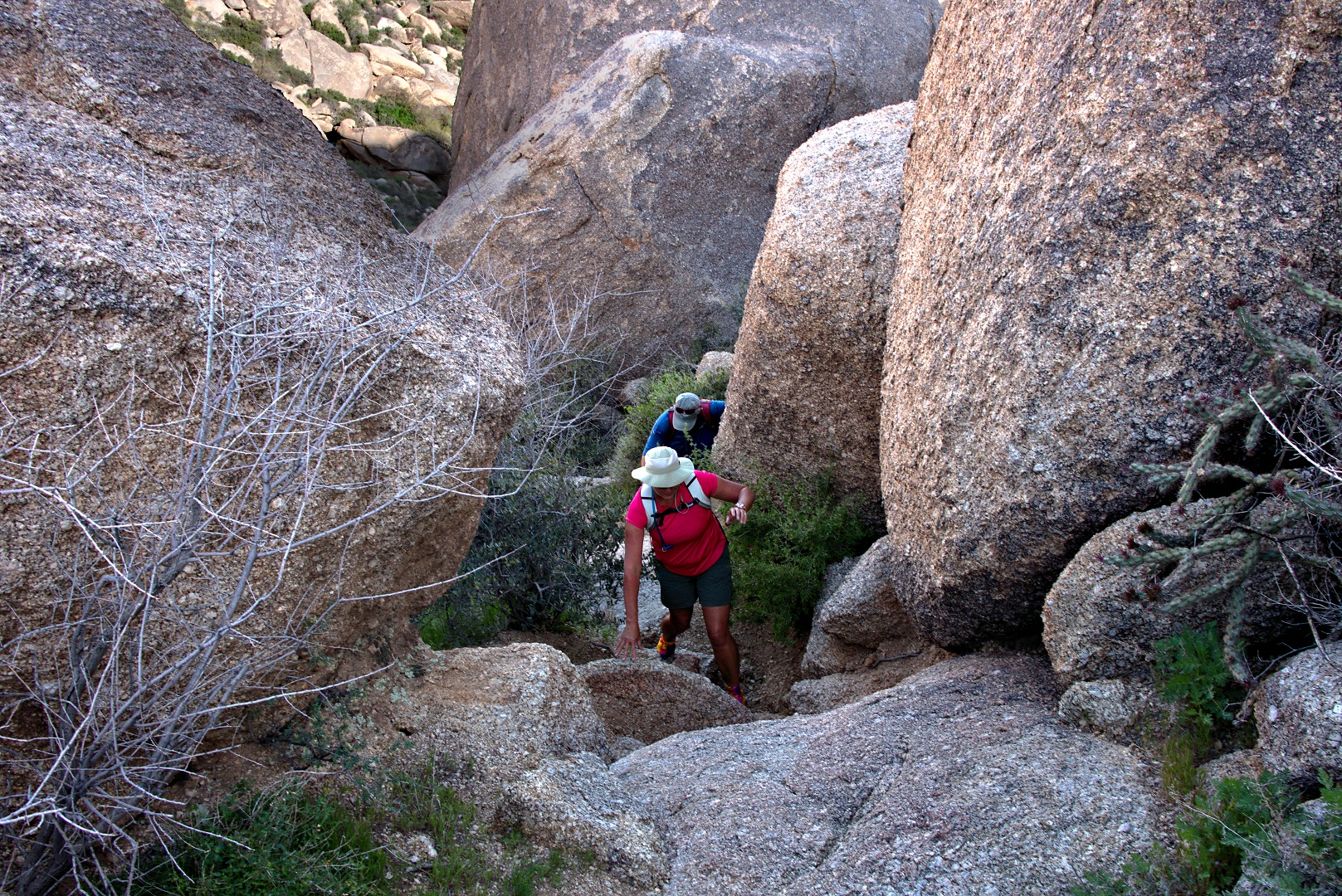 A view of Glass Dome from the east.  We had rejoined the Tom’s Thumb Trail at this point. 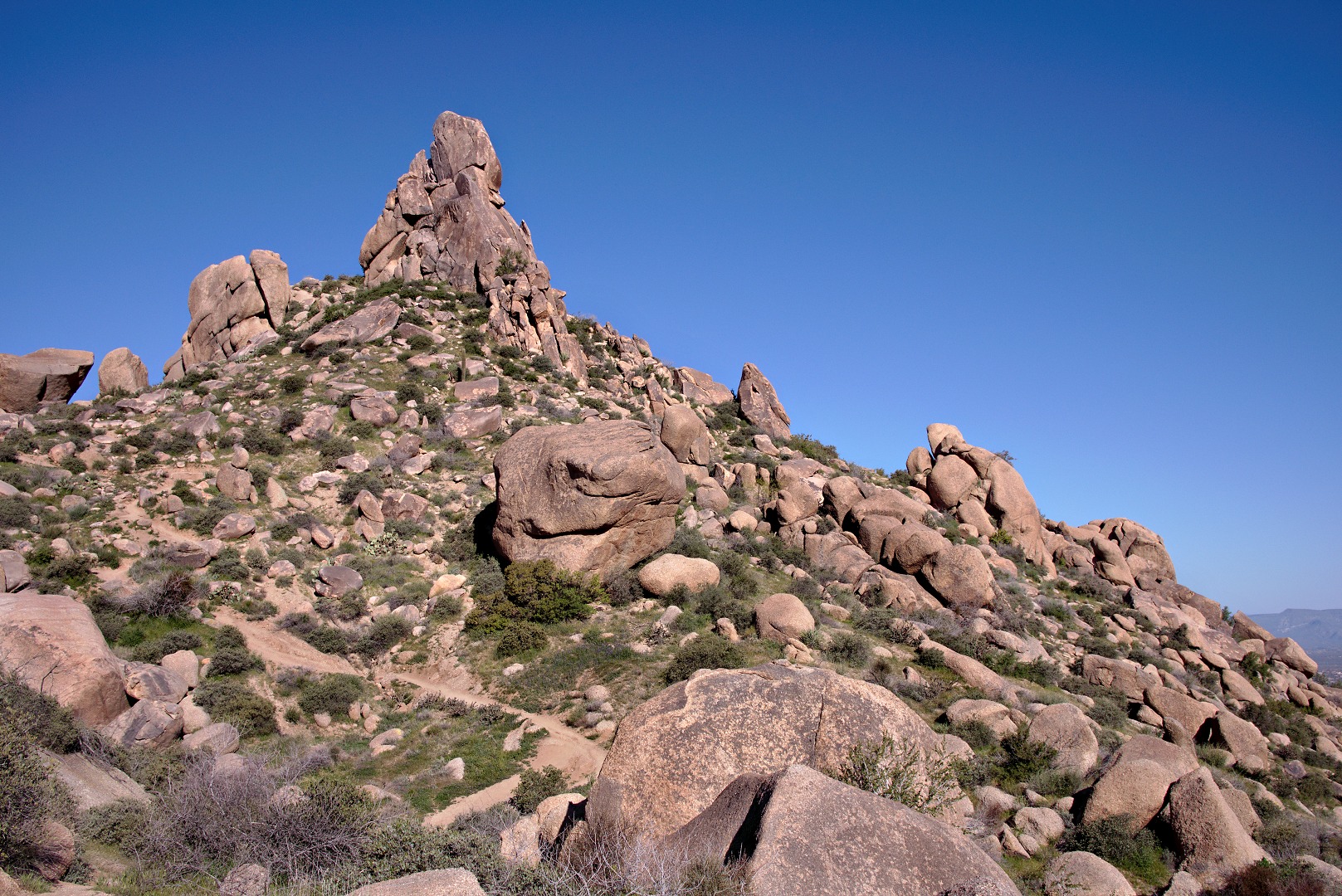 A view of the west side of Glass Dome: 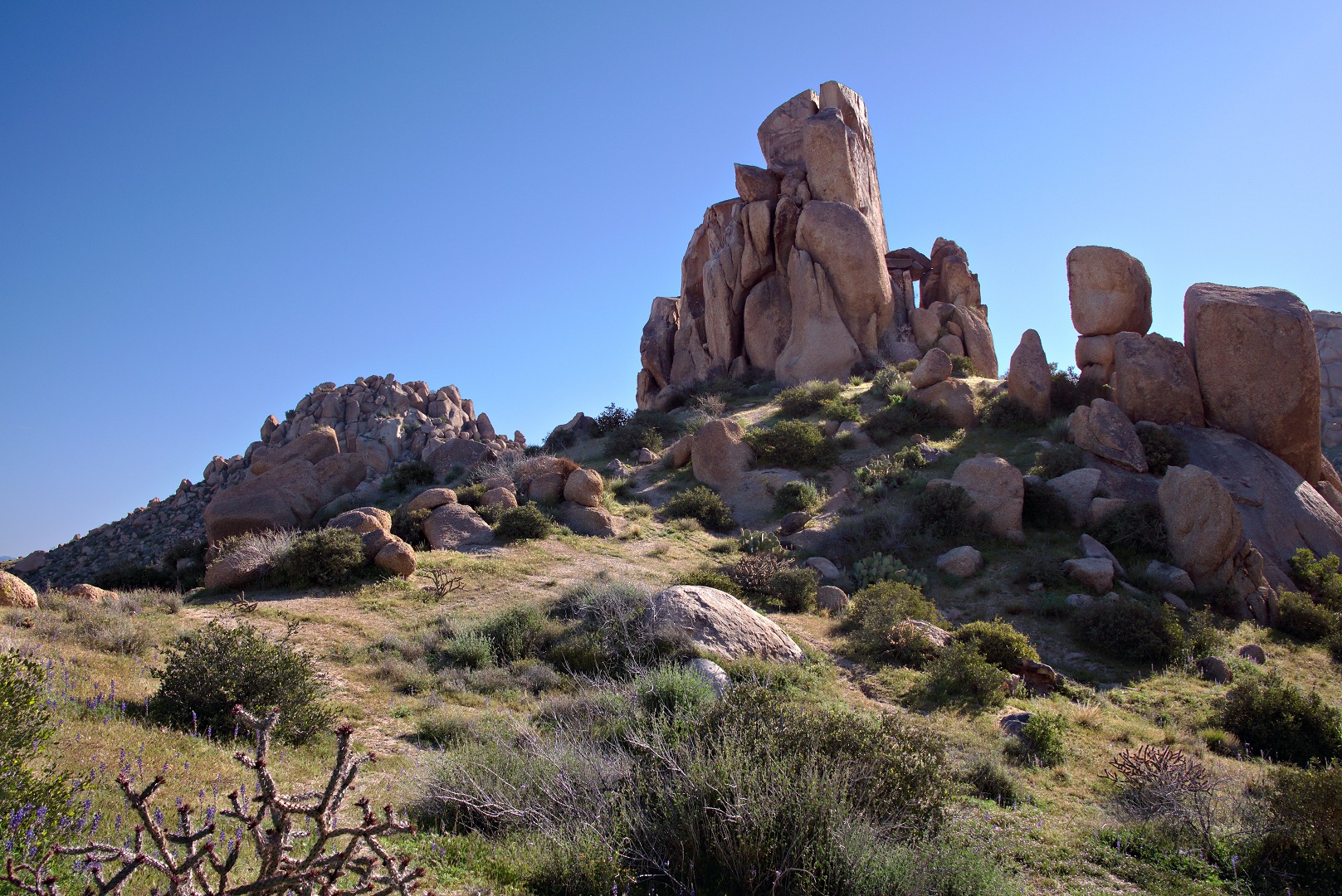 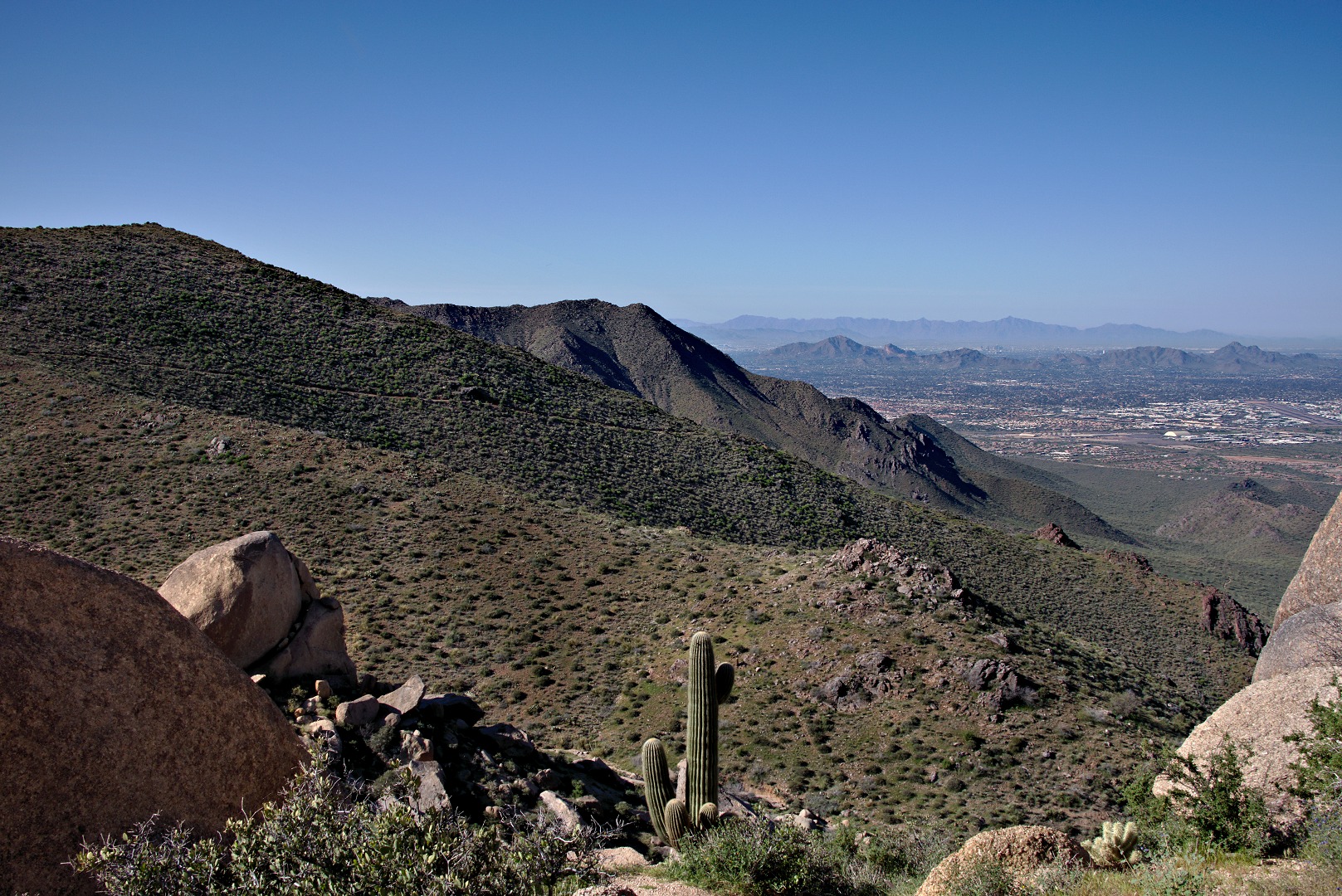 Bob, Janet, and I started making our way around Tom’s Thumb, but we stopped when the trail became difficult to follow.  When we came back, we found Marilyn waiting for us an the large boulder beside the Thumb. 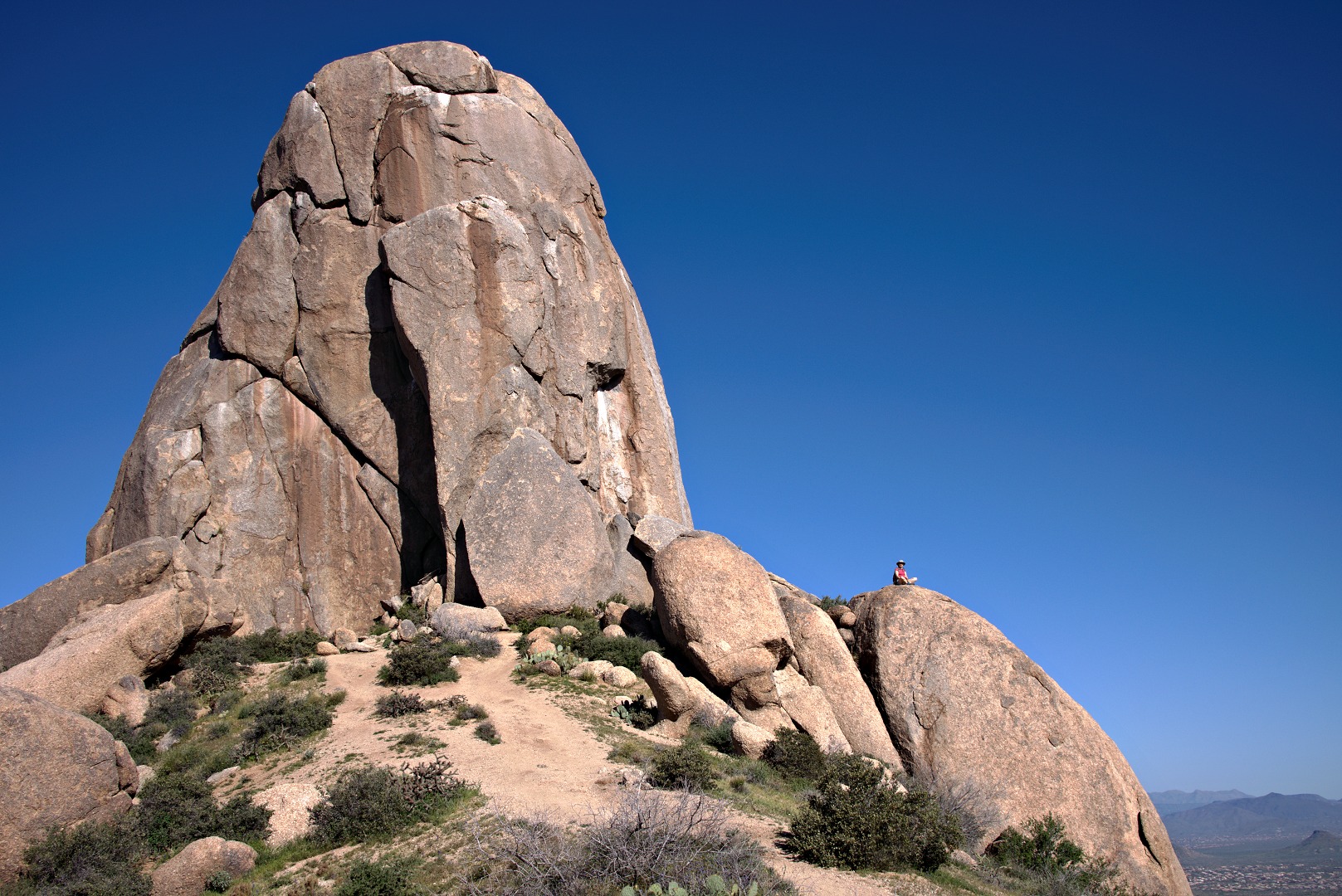 On our way down, we saw these reddish-orange flowers called globemallows.  (Thanks to Susan Davis for the flower identification.) 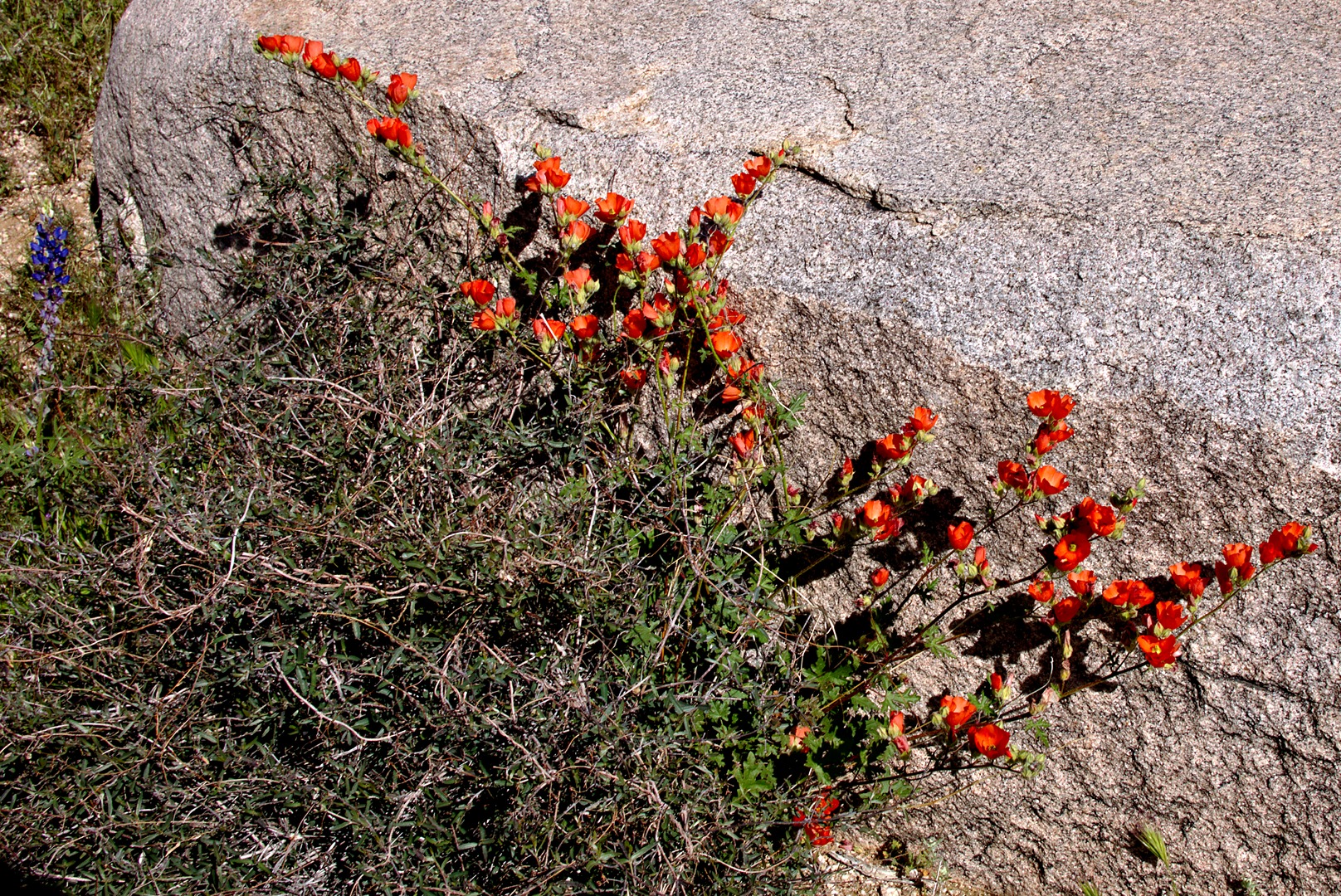 Bob, Janet, and I took a side trip to the top of the East End.   This photo was taken near the top.  Thompson’s Peak and several lesser peaks can be seen in this photo. 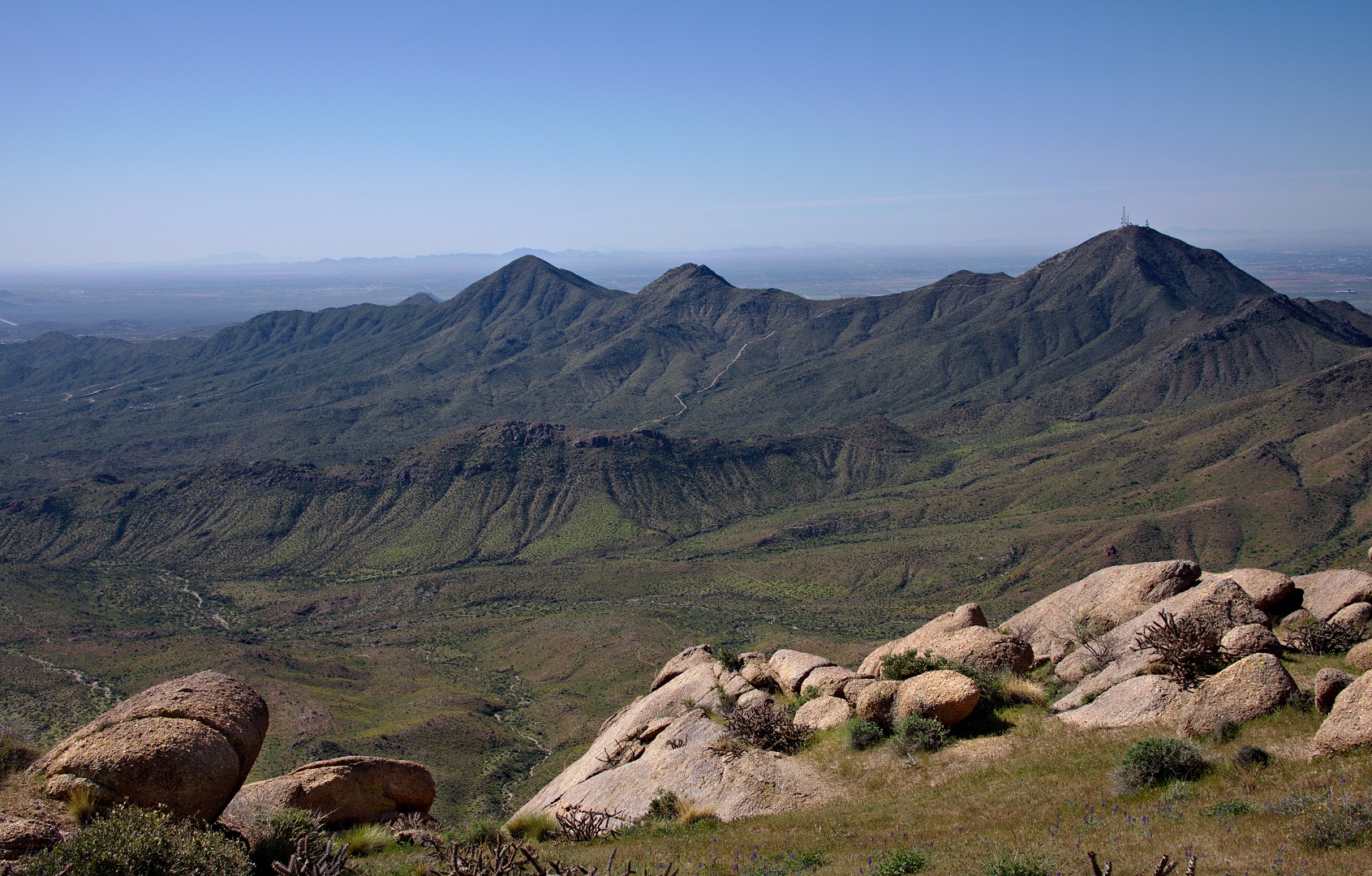 Janet atop the East End summit boulder.  The side of Gardner’s Wall is visible above and to the right of Bob’s head.  Tom’s Thumb is also visible in this photo as are parts of Scottsdale. 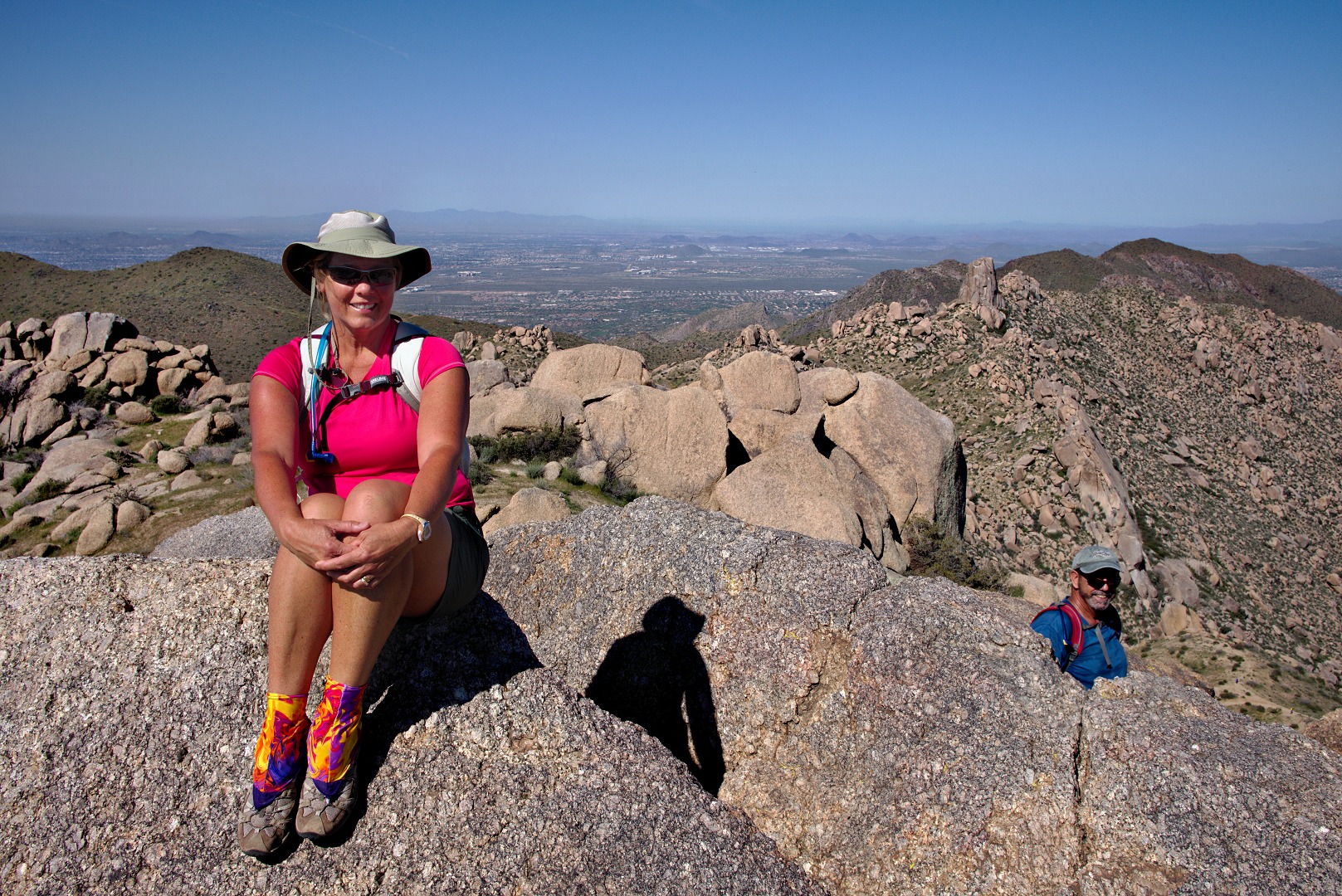 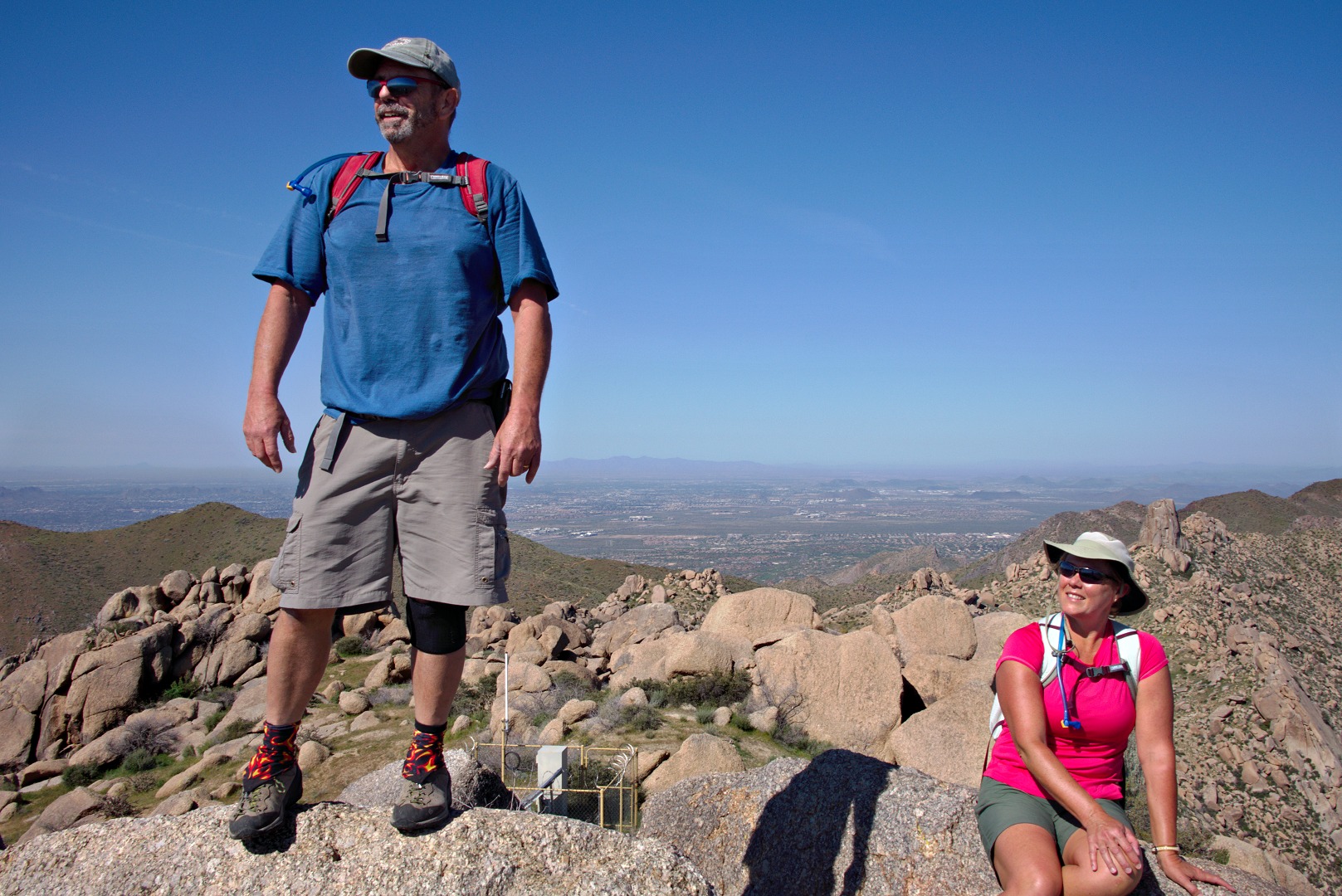 A view of Glass Dome, Tom’s Thumb, and lots and lots of boulders as we were descending from the East End. 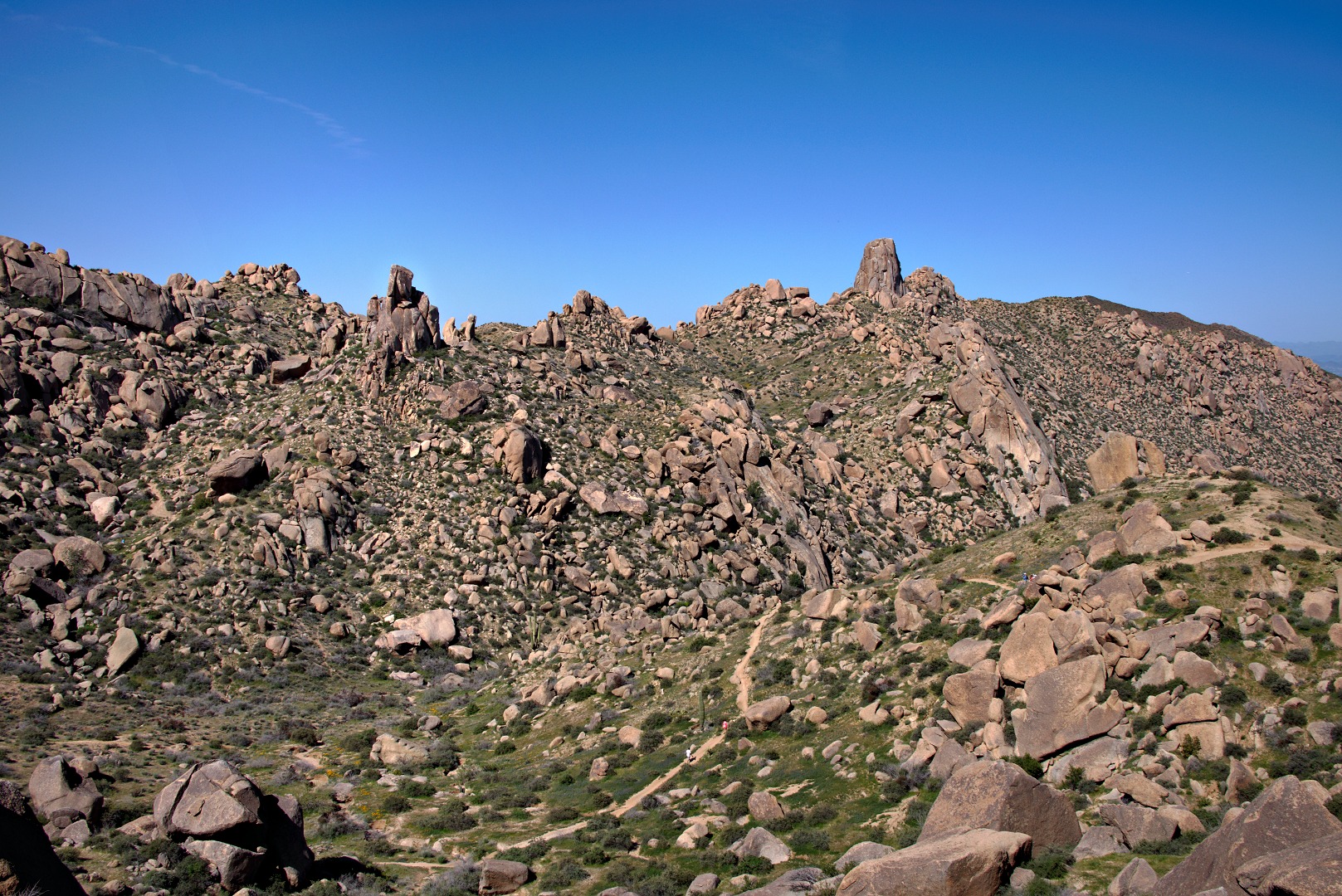 Looking up at Glass Dome through some poppies: 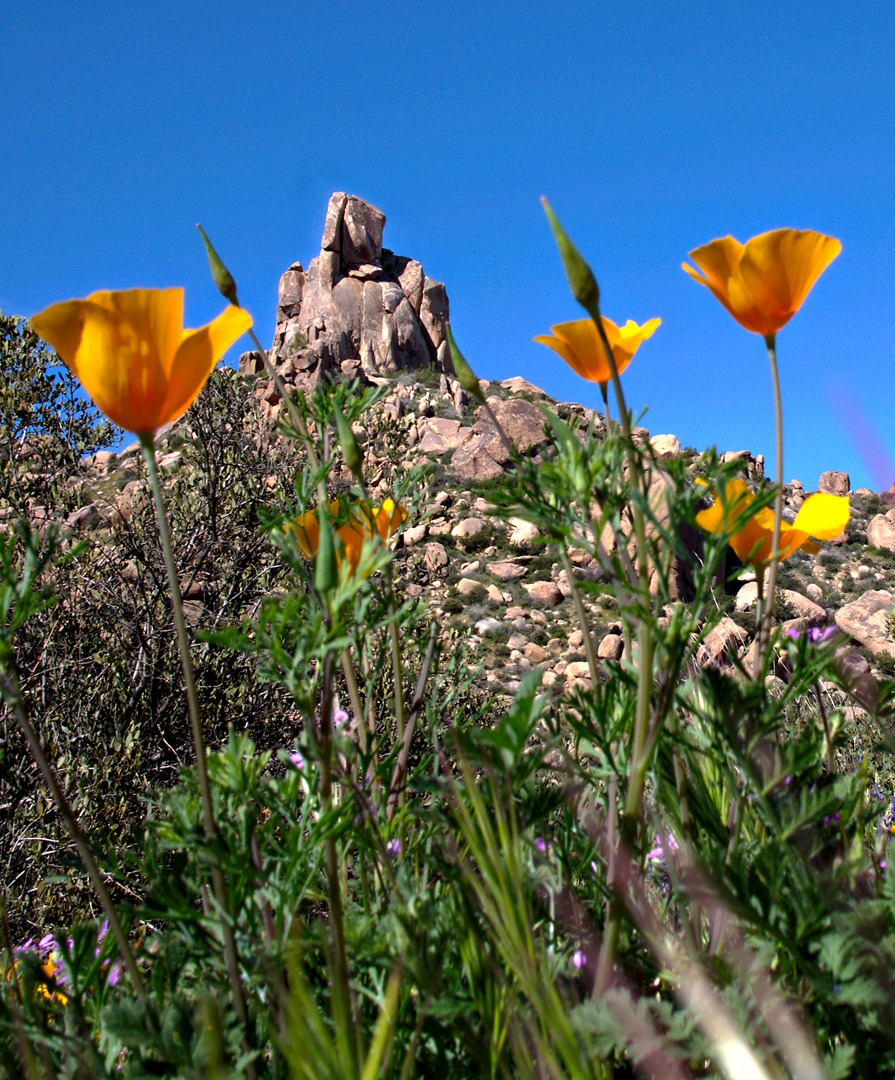 As we were hiking down the Tom’s Thumb Trail, I noticed that the side of one of the hills was yellow with poppies.  Also, at various times during my hike, I had been noticing that the desert lower down looked yellow too. 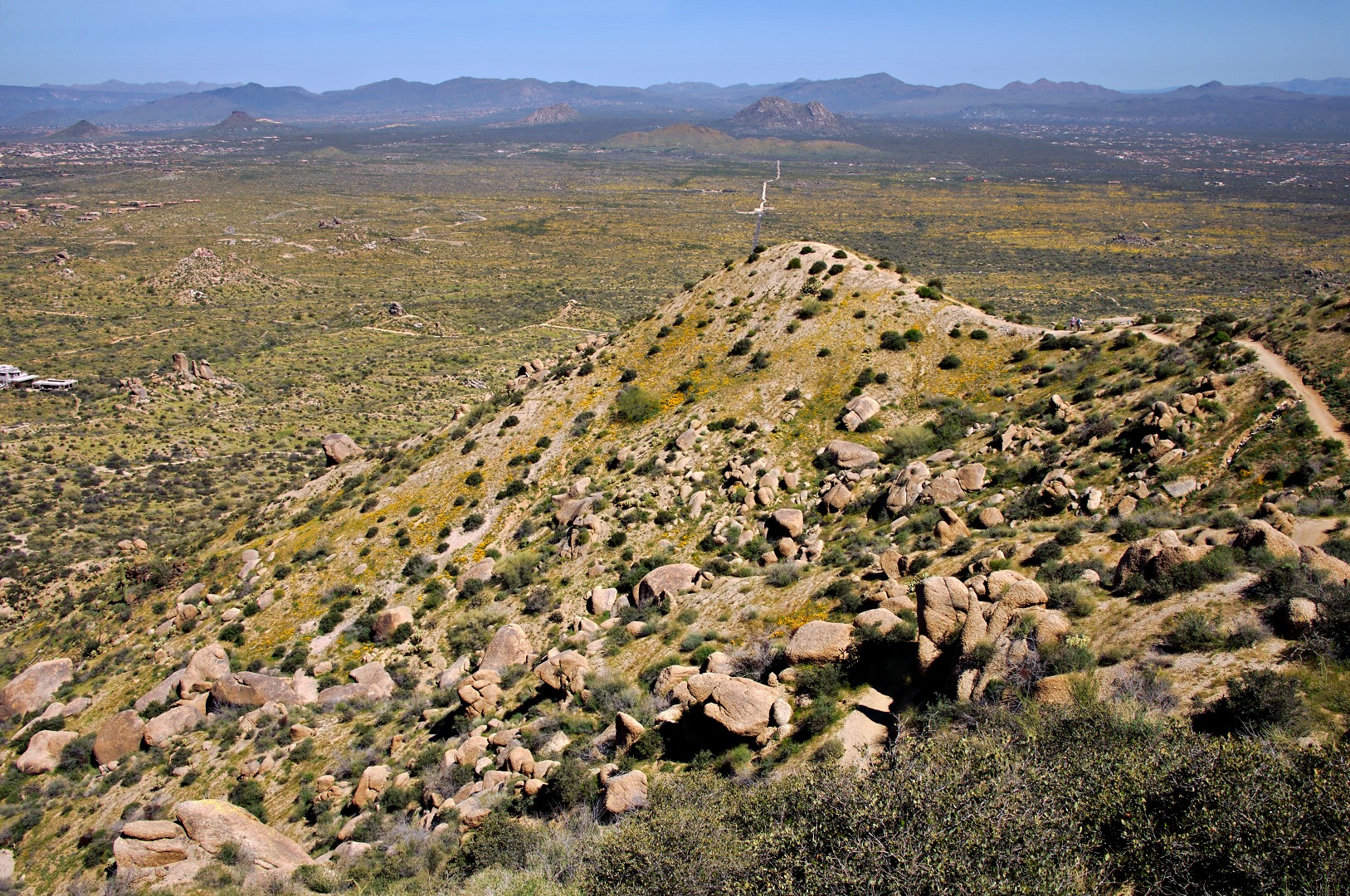