I took this photo in early March during a bike ride with Marilyn.  It was taken from near the Pemberton where there’s a gate restricting access to the service road leading to the Long Loop which is one of the competitive tracks.  I stood near the fence so that neither the fence nor the gate would appear in the photo.  Weaver’s Needle is in the center of the photo far off in the distance. 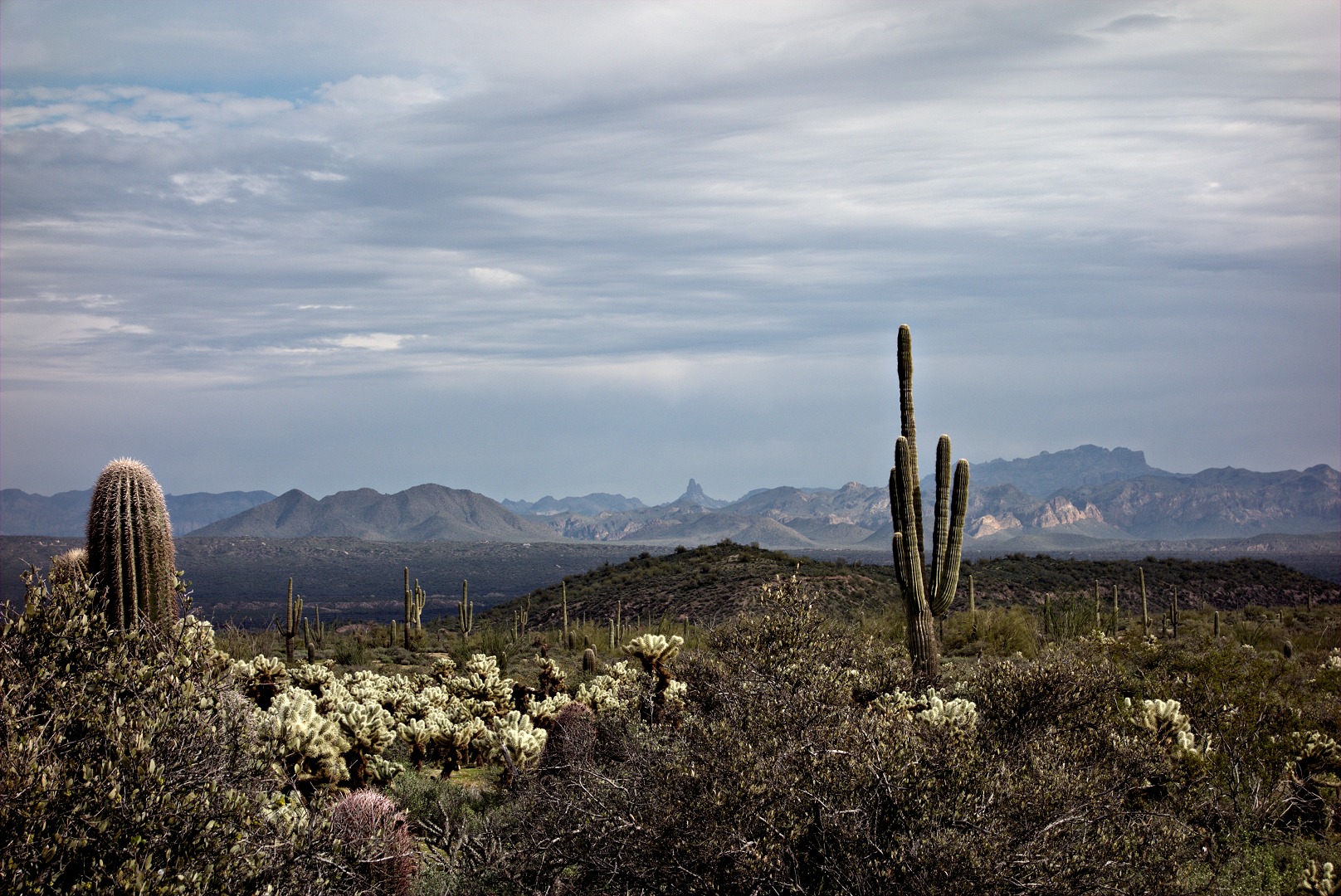 “Cactus Wall” on the Quartz Trail

More Flowers on the Pemberton