Janet, Nick, and I hiked the Marcus Landslide Trail earlier today.  It was raining moderately hard when we started – my nylon pants became soggily plastered to my legs within just a few minutes.  But, thankfully, the rain let up to only a drizzle and the nylon dried quickly.  We all had decent rain jackets, so we were fairly comfortable otherwise.  Janet even had rain pants.

A view of Sven Towers I, II, and III.  (Sven Tower I is on the far right.)  This is an unusual view because normally you can see more of the McDowells behind them.  The clouds were so dense and low hanging that they blanketed everything behind.  A stand of chain fruit cholla is in the foreground. 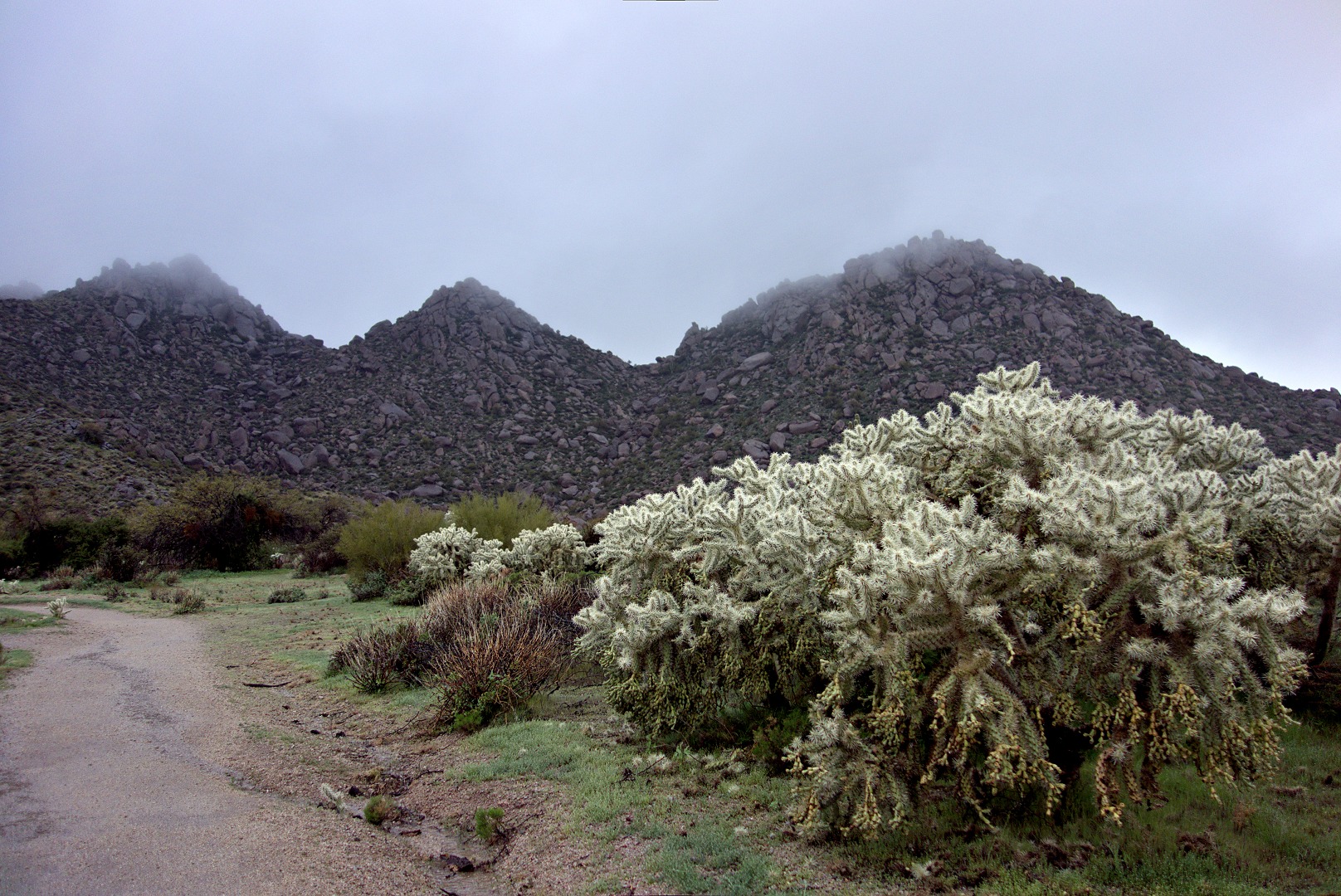 A view of the trail shortly after starting up the “landslide” portion of the Marcus Landslide Trail: 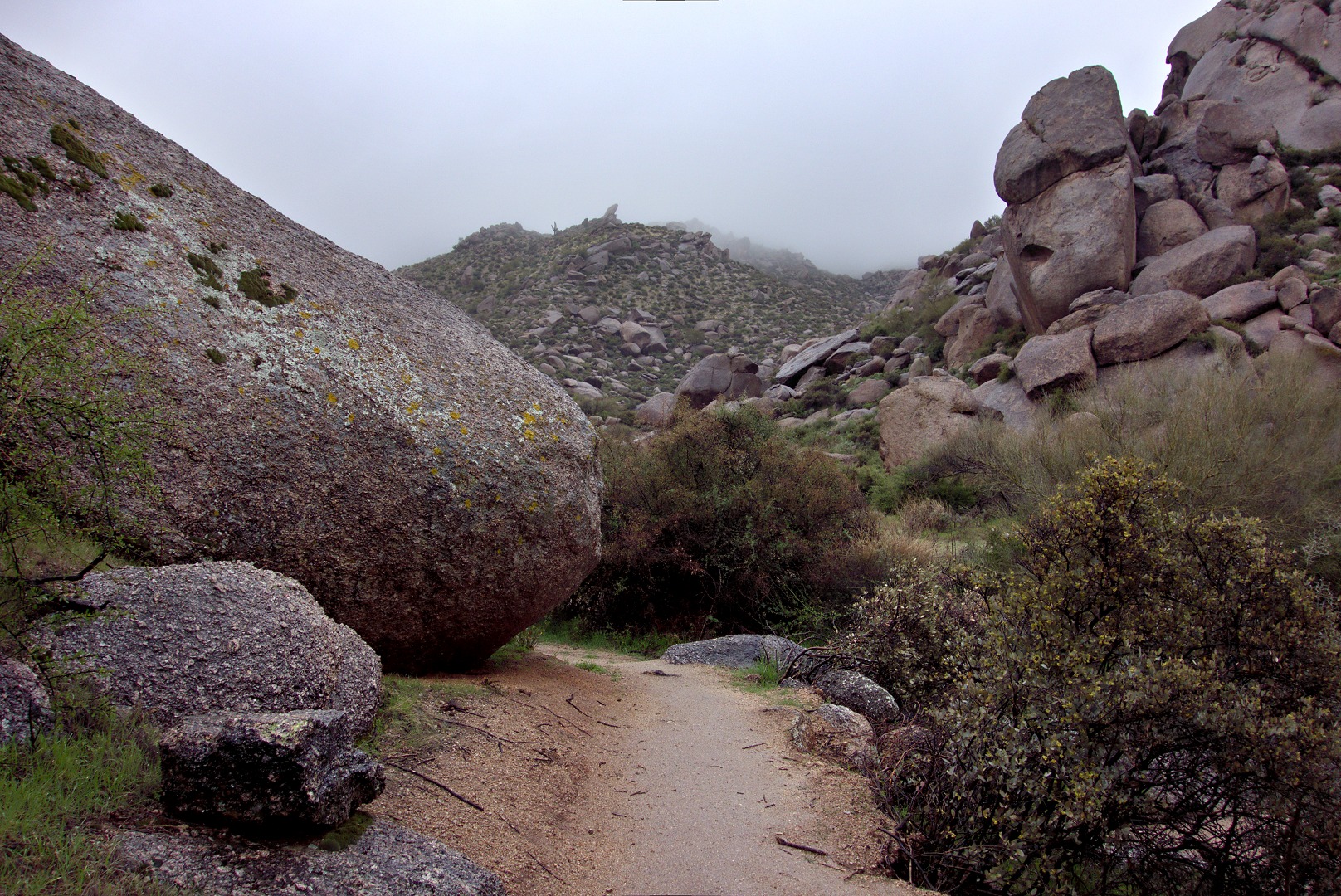 I think this is the Granite Ballroom area: 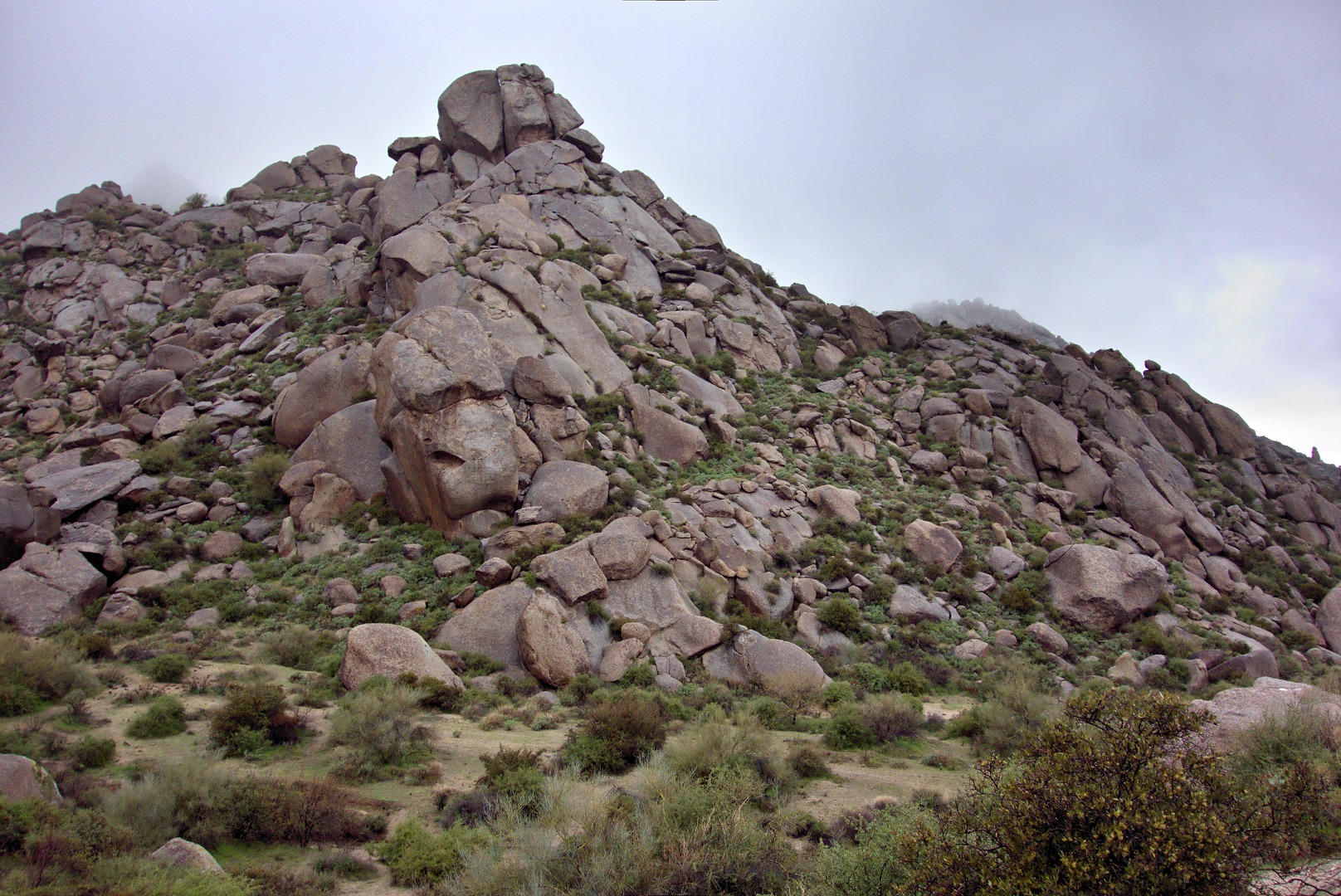 Nick and Janet hiking up the Marcus Landslide Trail: 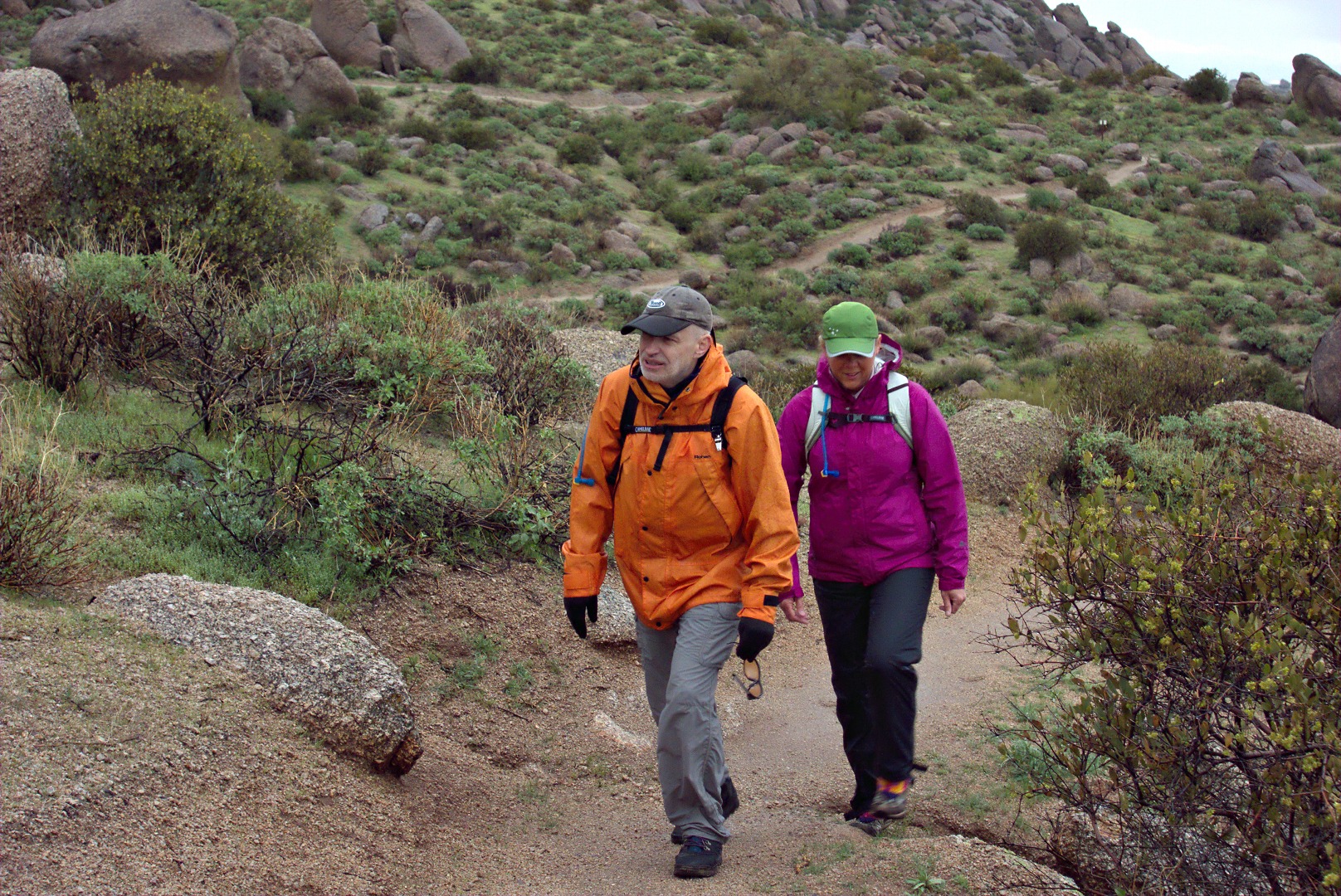 Submarine rock is the second large rock – it’s the one that’s broken in two pieces. 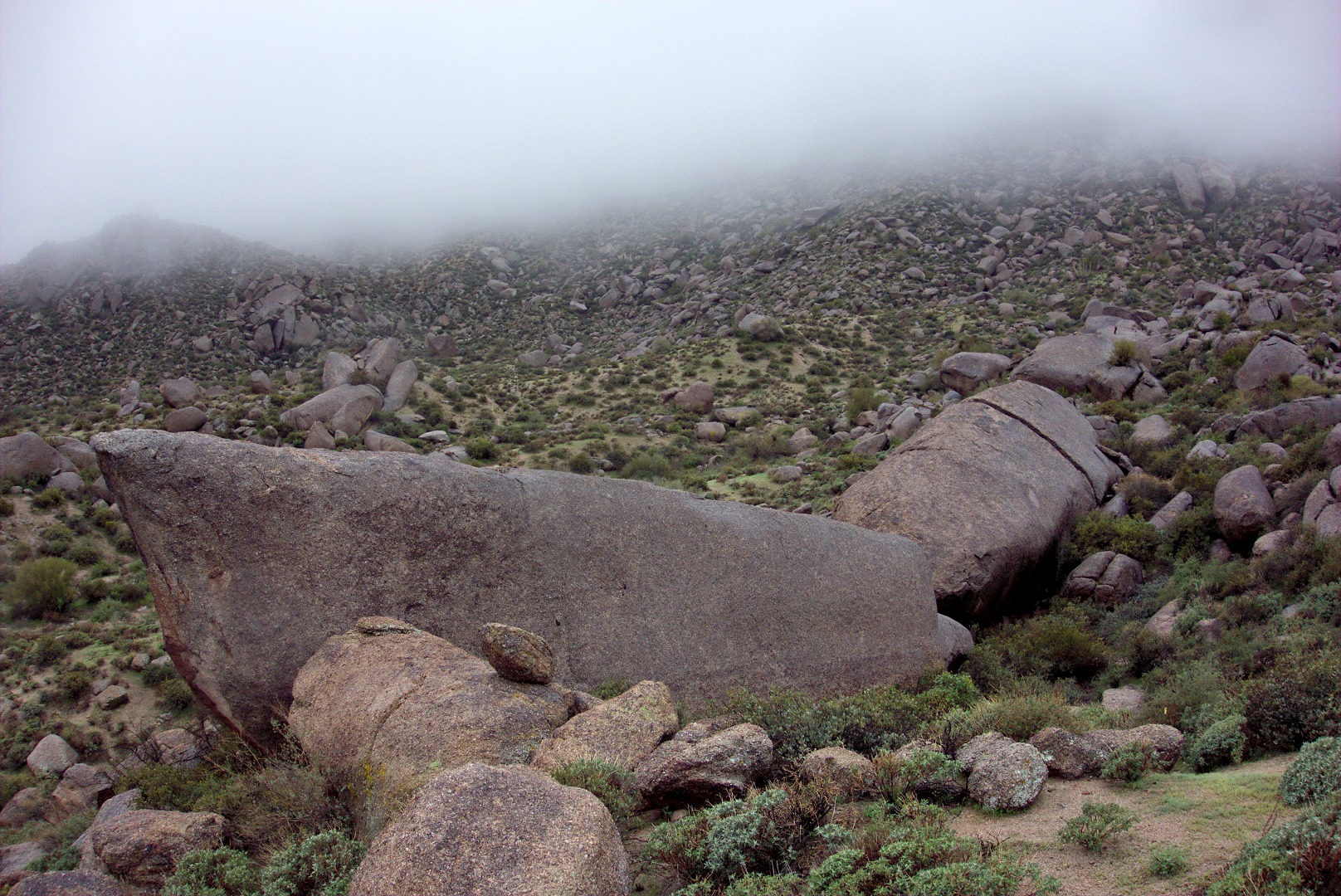 A saguaro with more low hanging misty clouds in the background. 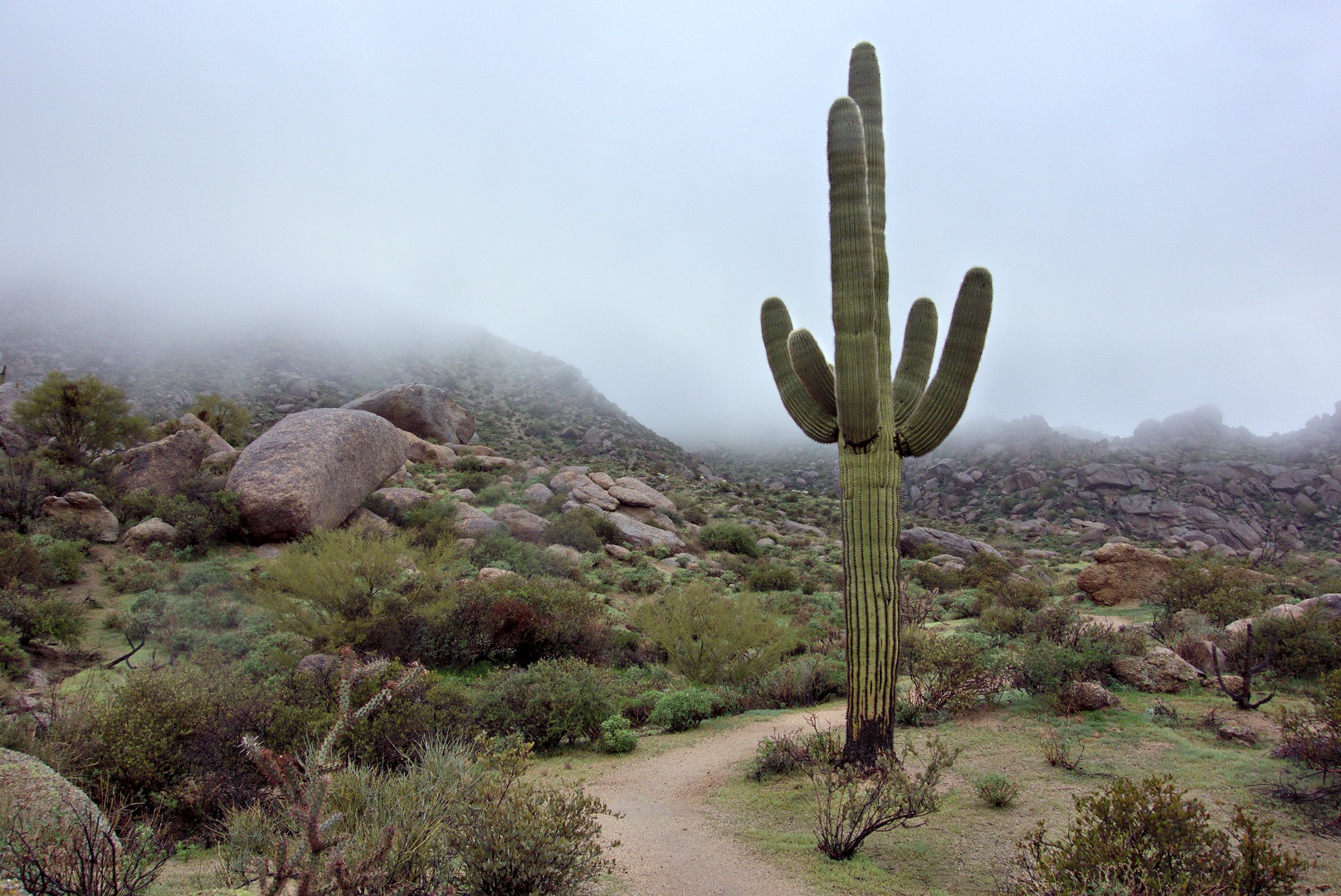 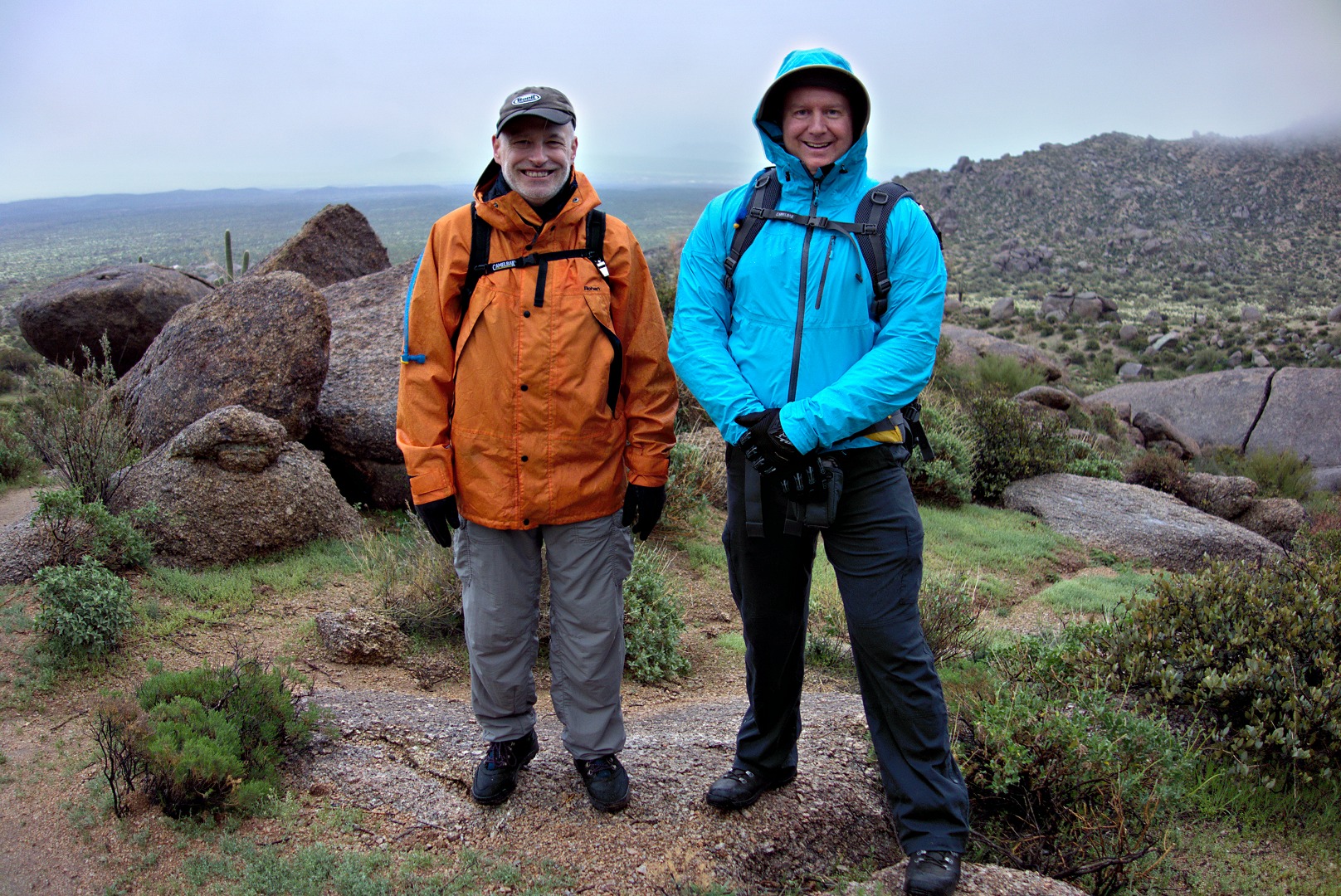 We saw some poppies along the way. 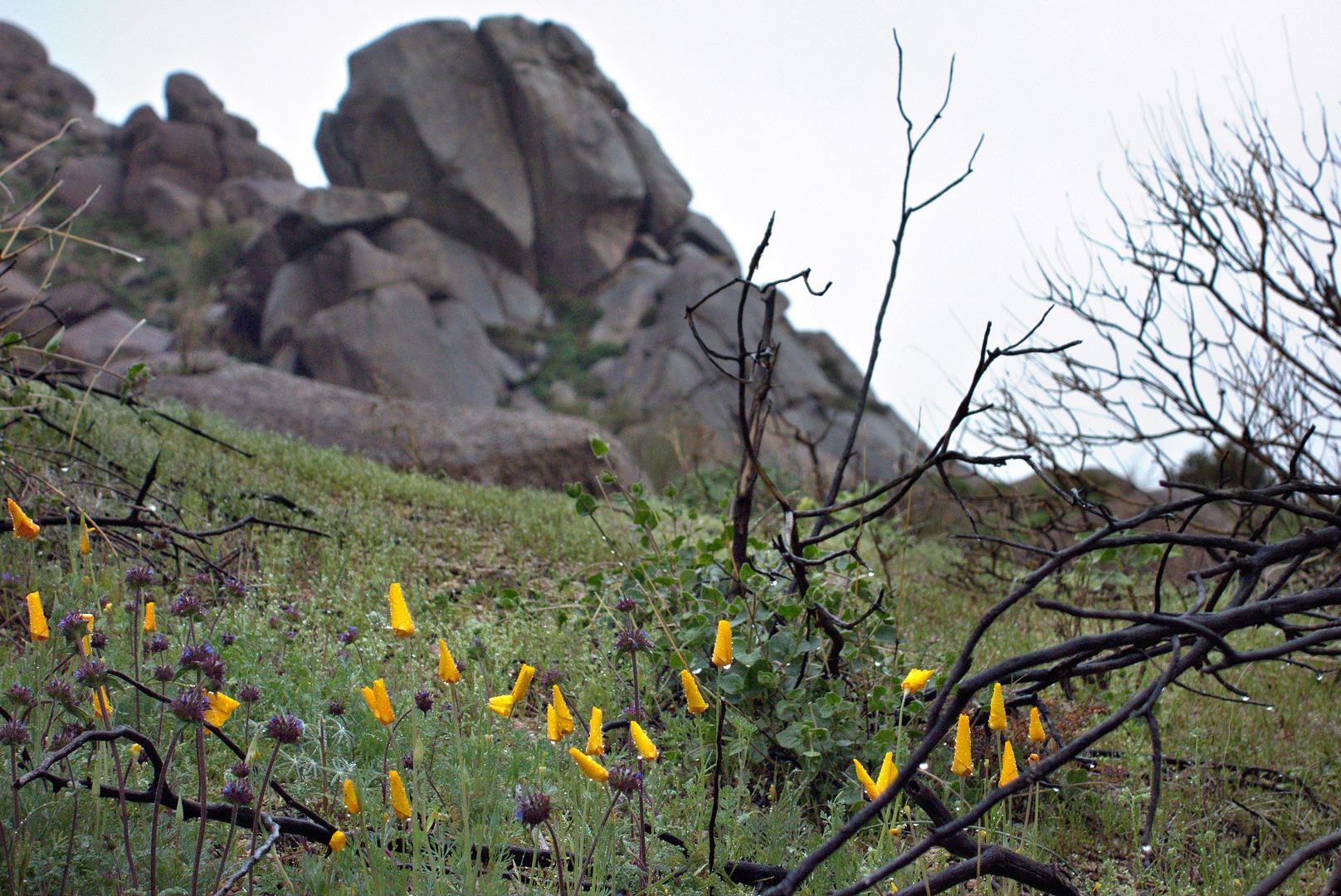 A view through the broken and leaning mushroom rock: 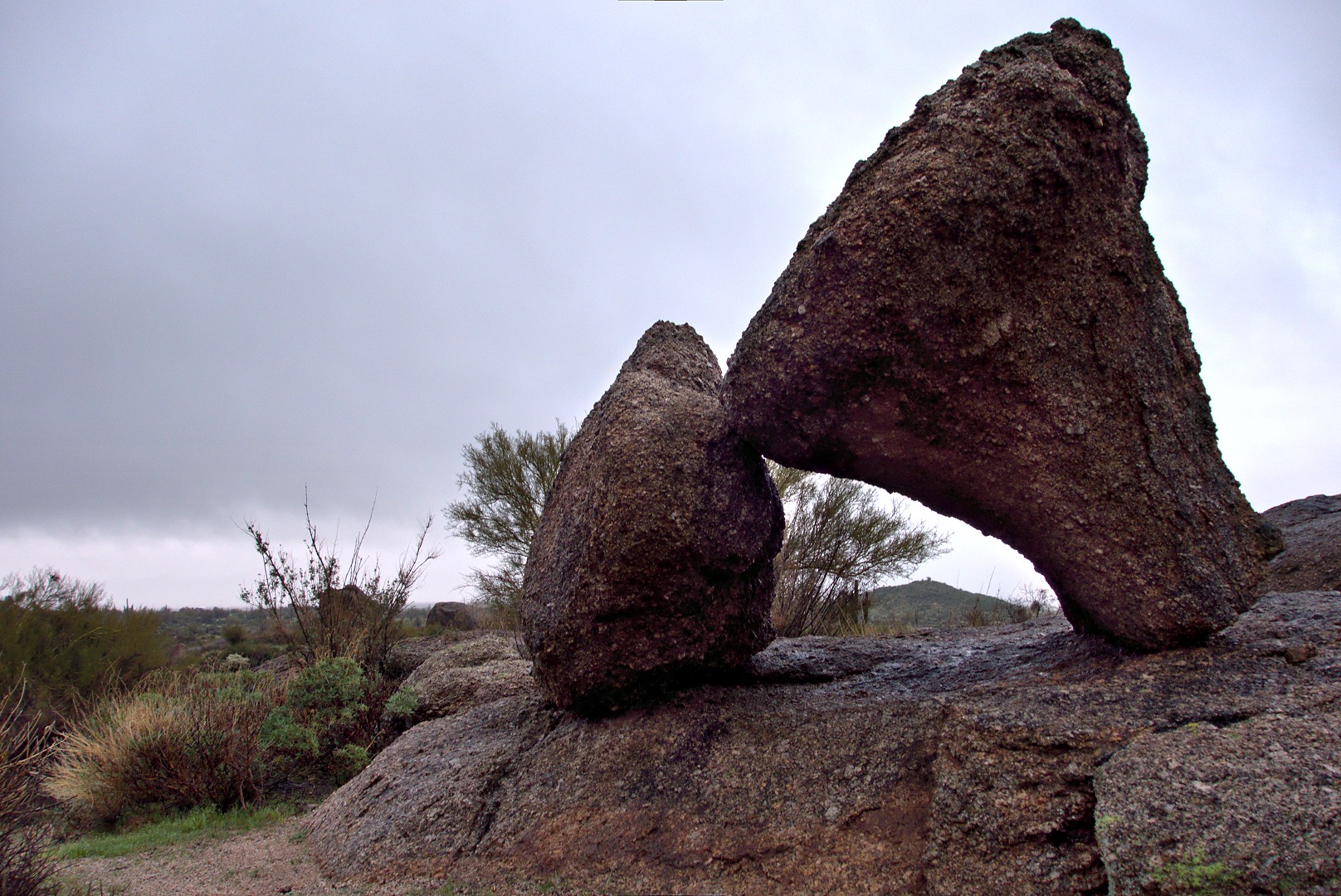 As we neared the trailhead on the way back, we noticed that the sun was almost starting to shine on Troon Mountain off in the distance. 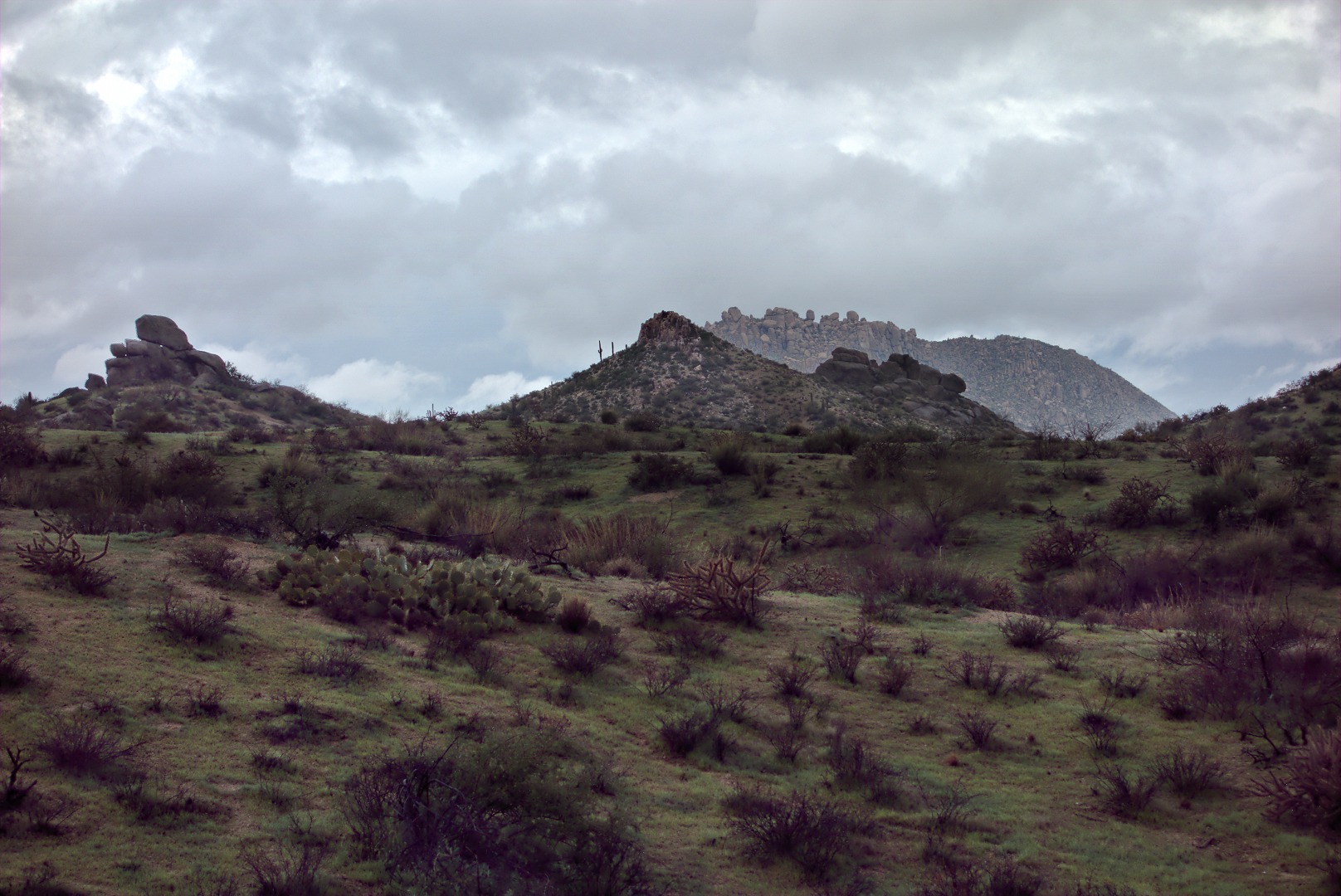 Nick taught me a new word today, gabion.  A gabion is a wire cage used for holding rocks or other materials.  The gabions (and rocks) shown here form retaining walls for erosion control. 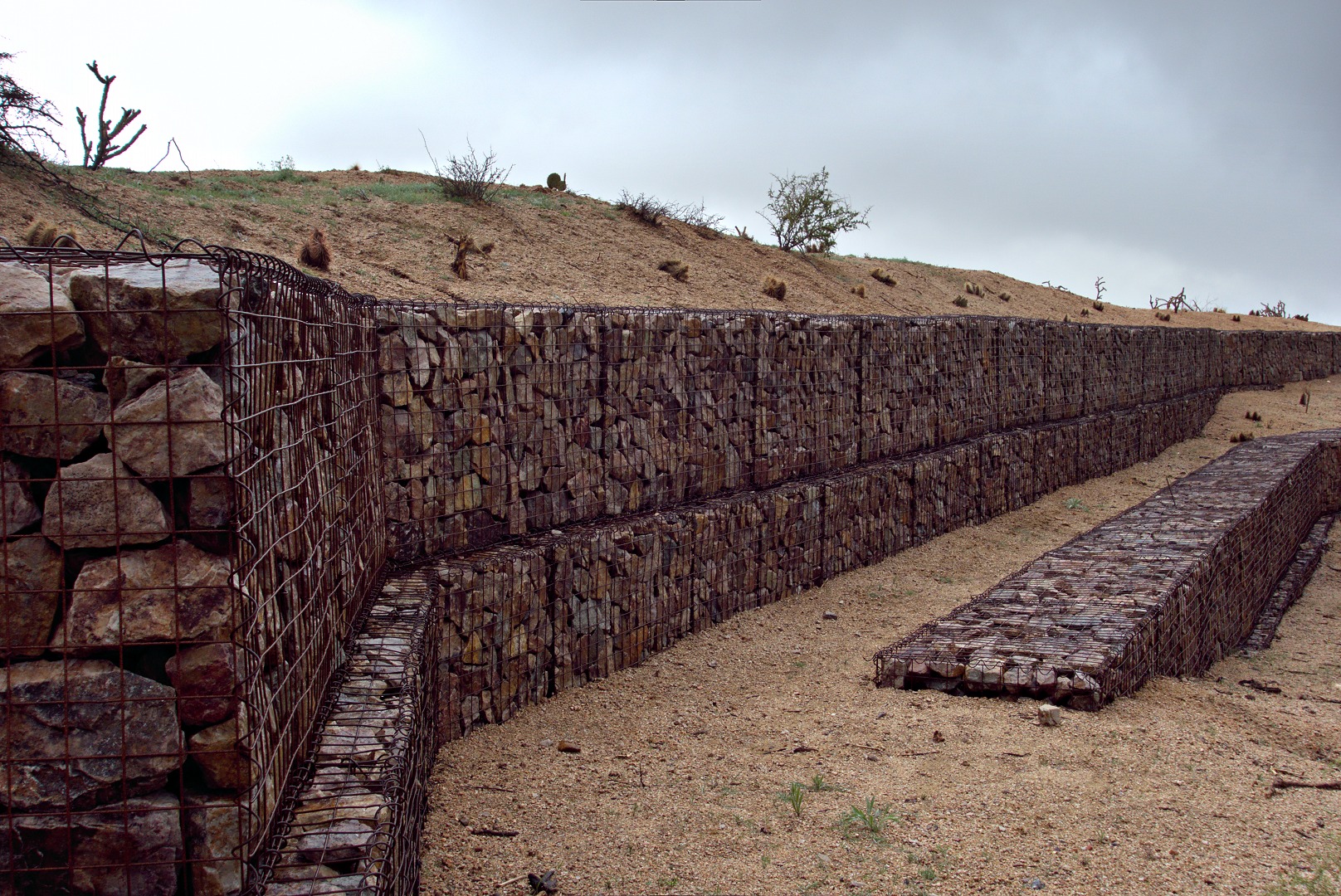