I forgot to check the aperture of my camera; when I got home I noticed that I had it set at f/1.8 for the wide angle focal length.  For the shots where I zoomed in a bit, the aperture was somewhat smaller, but still not small enough to get a decent depth of field.  As a consequence, this week’s photos are not as sharp as usual.

I thought it cool that I was able to get the moon in this photo: 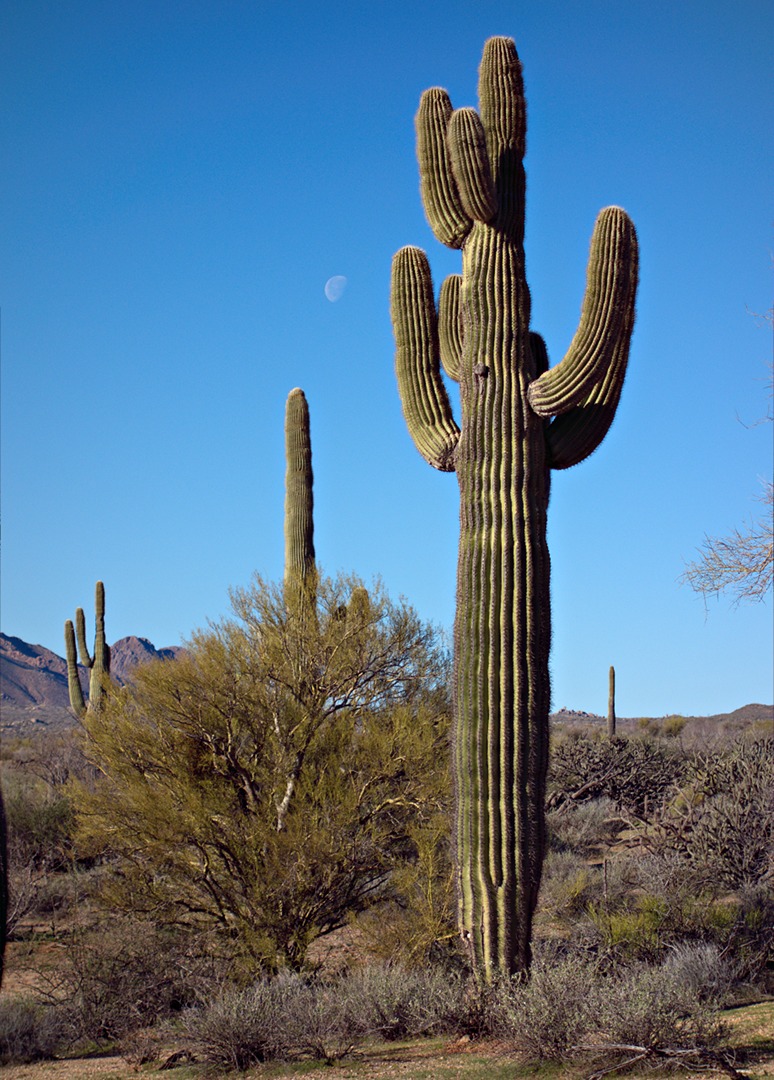 I think the shallow depth of field in this photo helps to isolate the two saguaros in the foregound.  This one ended up being f/3.2 at 1/2000 sec, ISO 125. 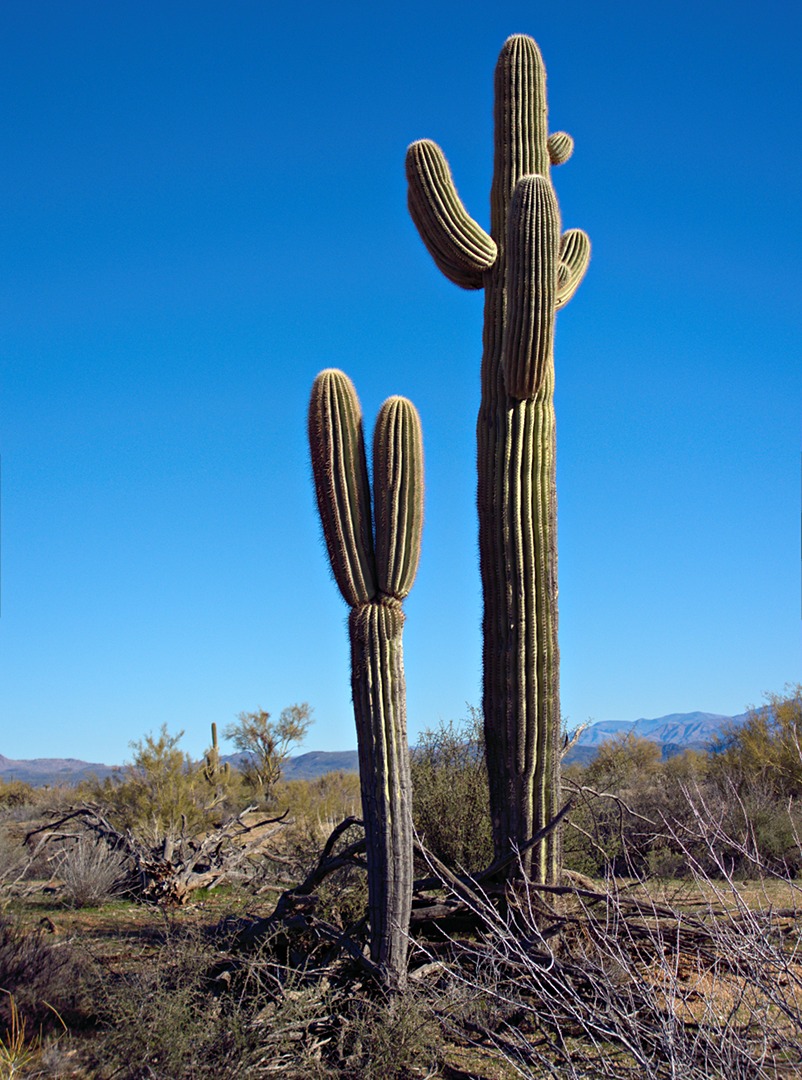 We saw these two equestrians riding in on the 150th Street access trail as we were headed back on the Pemberton: 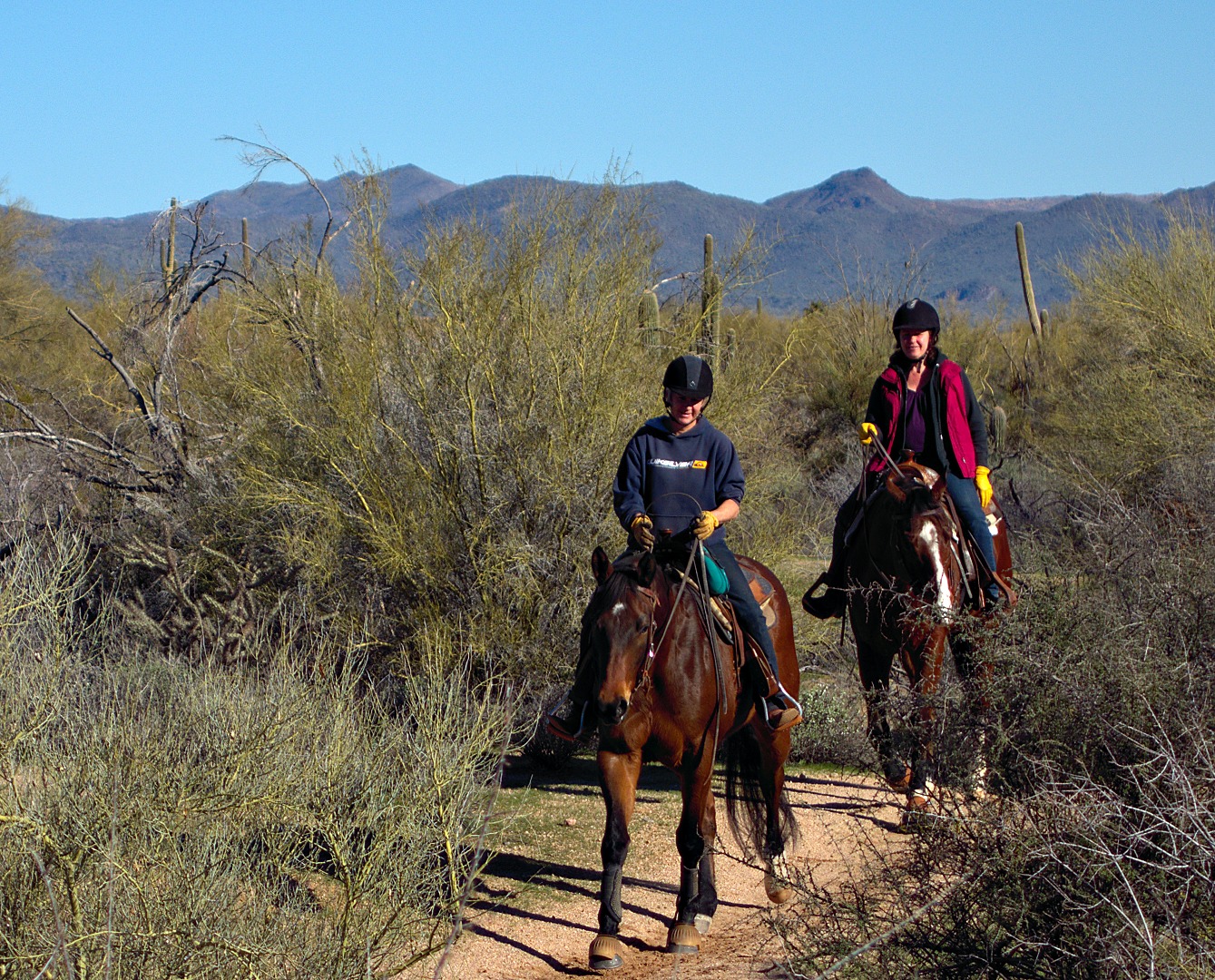 Storm Clouds over the Fountain Lake