Marilyn, Nick, and I hiked the Javelina Mine Trail in the Goldfields last Sunday.

There is a maze of jeep roads at the beginning and it would be easy to get off track.  We thought we must have somehow taken the wrong fork at one point because we couldn’t find the actual trail.  We ended up high on a hill and spotted a trail not far away, but its location didn’t match the trail description.  Still, it was a trail – we made our way over to it and started hiking.  We came to a wash and hiked in the wash for a while, losing the trail along the way.

I spotted some tracks leaving the wash. It was a faint trail, but I checked it out and found that they lead to a well defined trail.  I think it’s likely that the trail crossed the wash and we simply missed seeing the spot where the trail exited the wash on the other side.  We continued on along the trail and it eventually intersected another trail which was the Javelina Mine Trail.  On the way back, we took that other fork and found that we had walked right past the start of the trail without even knowing it.  The HAZ hike description for the Javelina Mine Trail mentions a “rusted old hulk of a vehicle” which is supposed to mark the start of the trail.  We never saw that hulk, but,  on our return, we found the place where the hulk probably once sat.  There are three cairns near the singletrack entrance, but we missed seeing those too.

Here is a map showing our GPS track. If you zoom in, you can see the roads and the trail we followed on the map.

View Javelina Mine Trail in a larger map

Nick thought that this rock formation, below, looked like an elephant head.  I think we saw this shortly after joining the Javelina Mine Trail from the other singletrack that we started on. 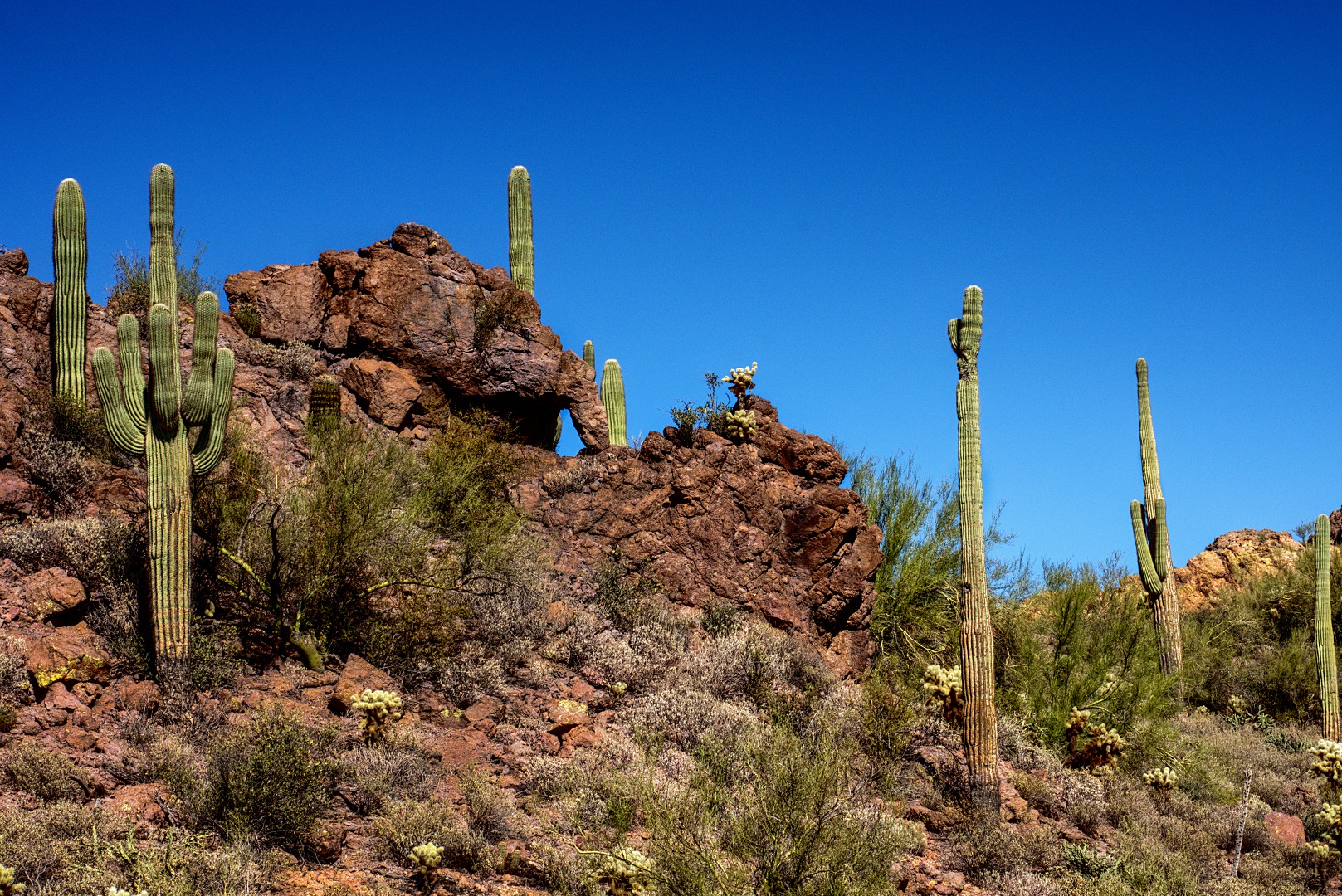 This formation (below) is known as Checkmate Arch.  I had my camera fully zoomed at 200mm to get this shot. 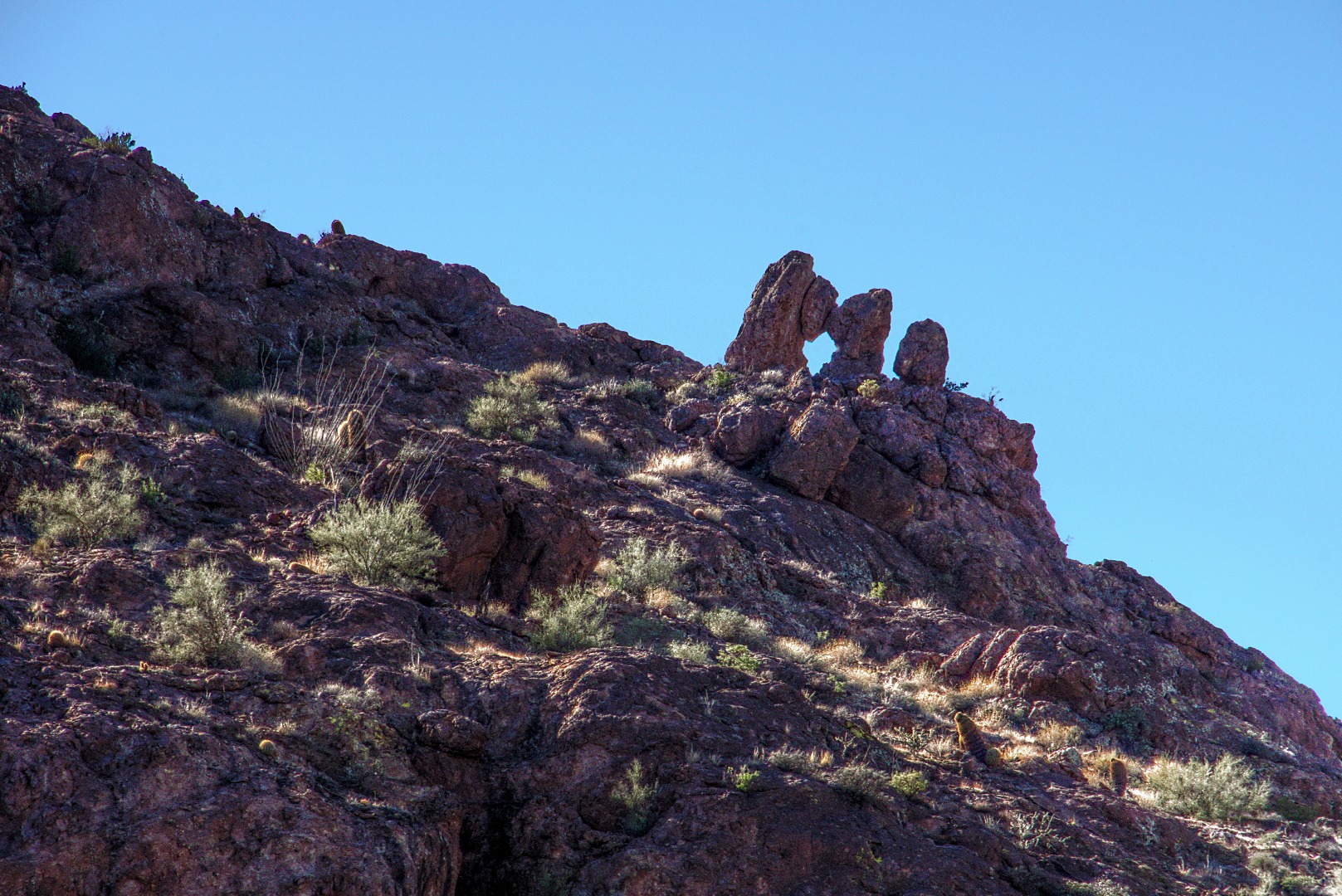 A view of the terrain ahead. 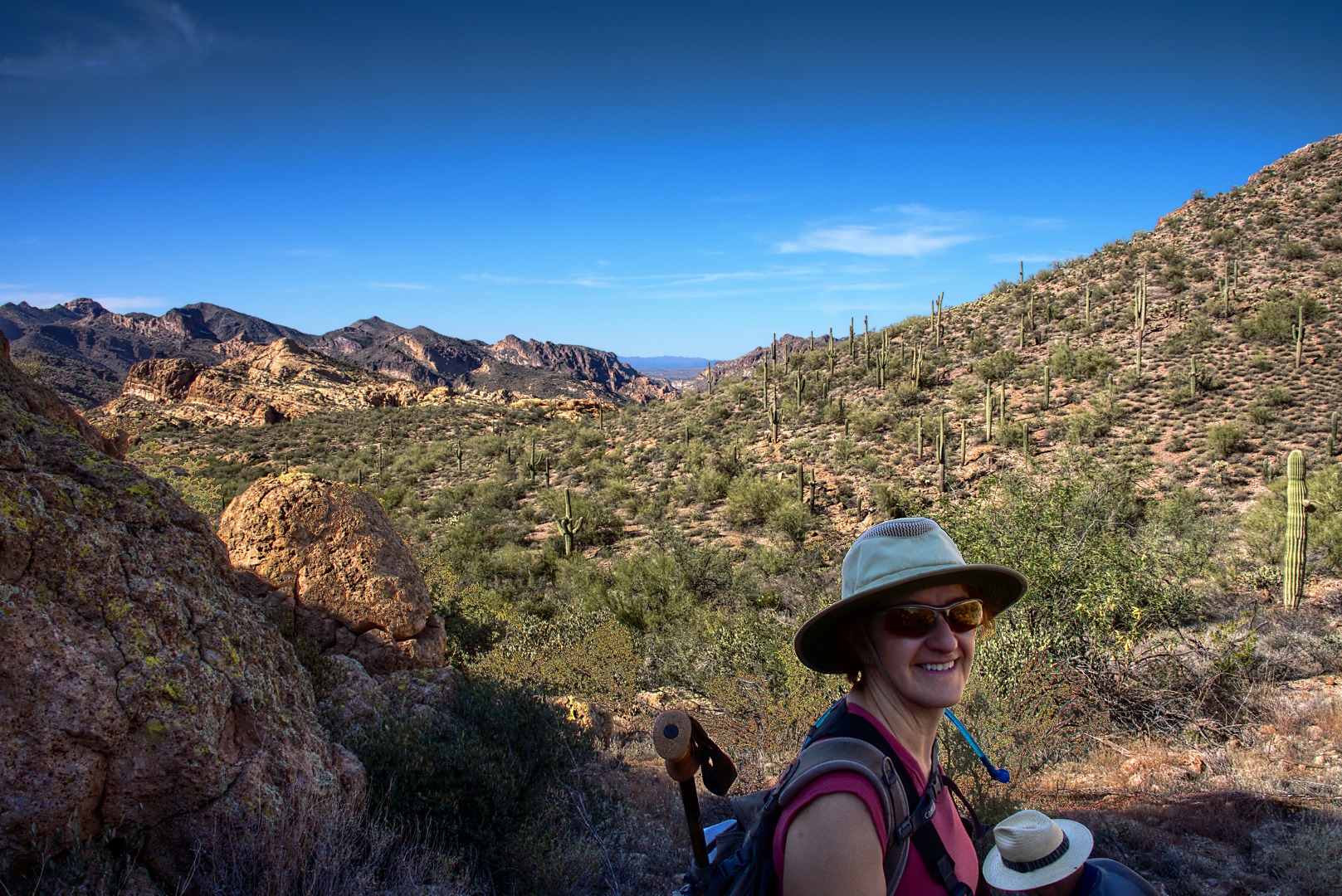 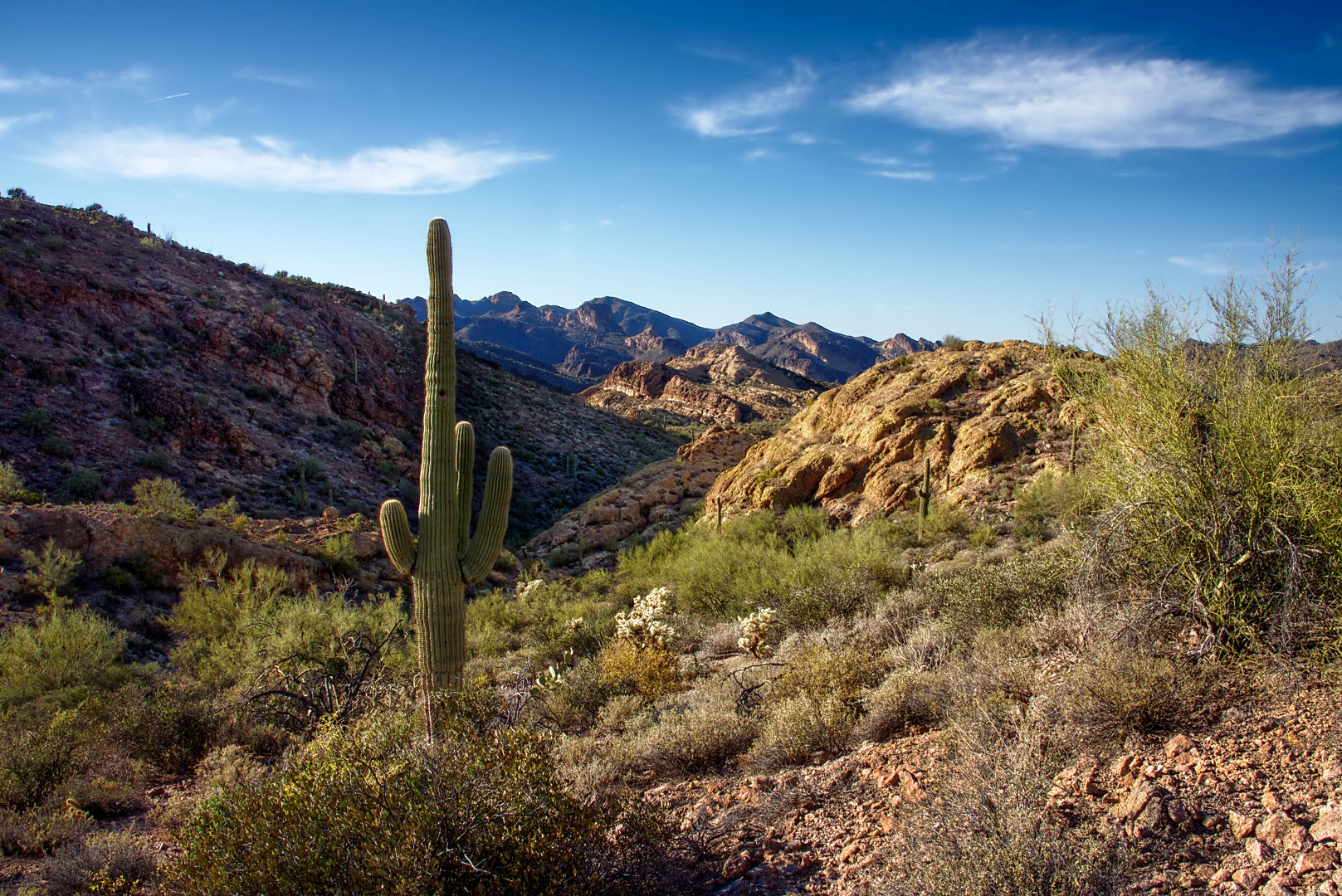 A tall saguaro that we passed on the way back: 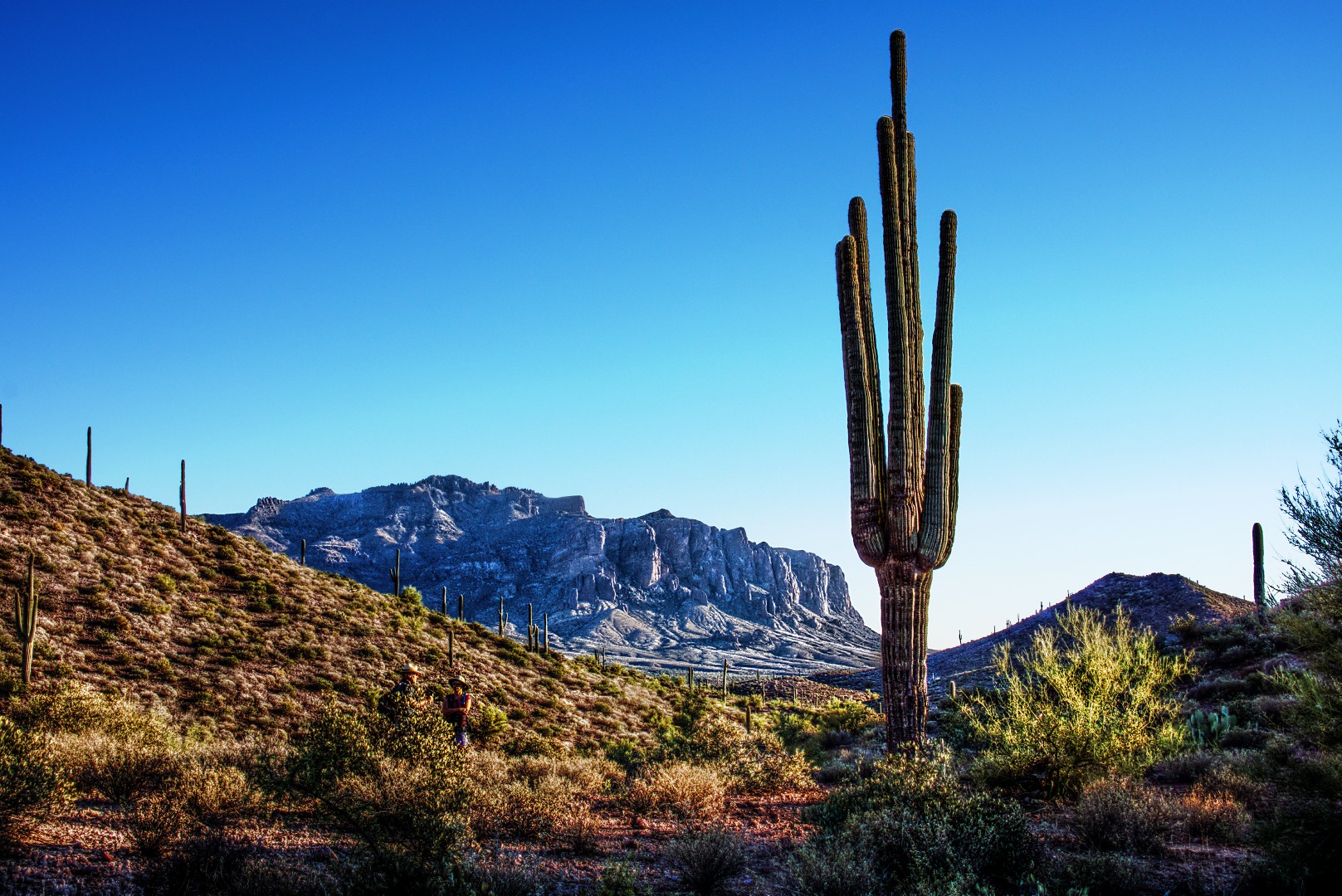 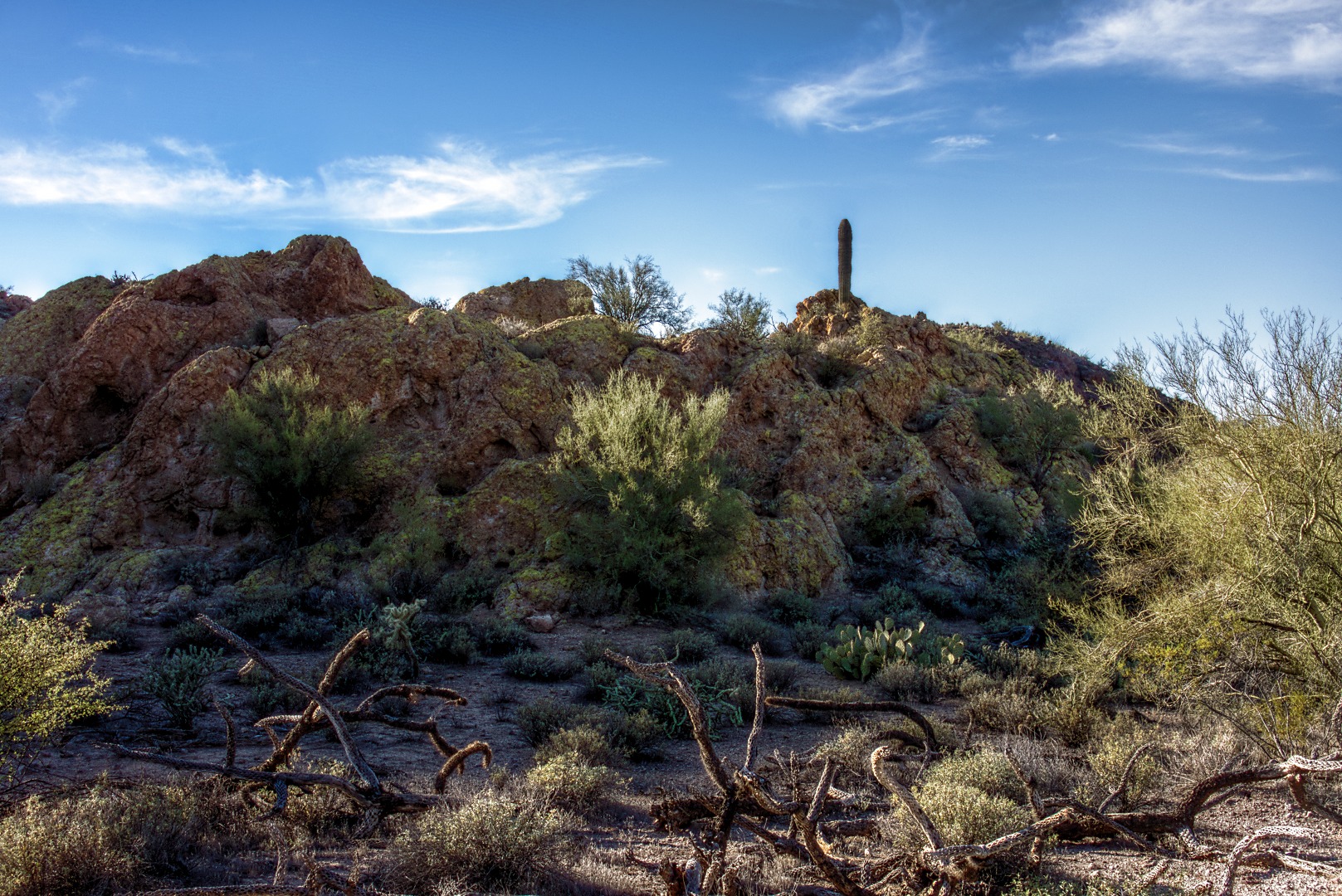 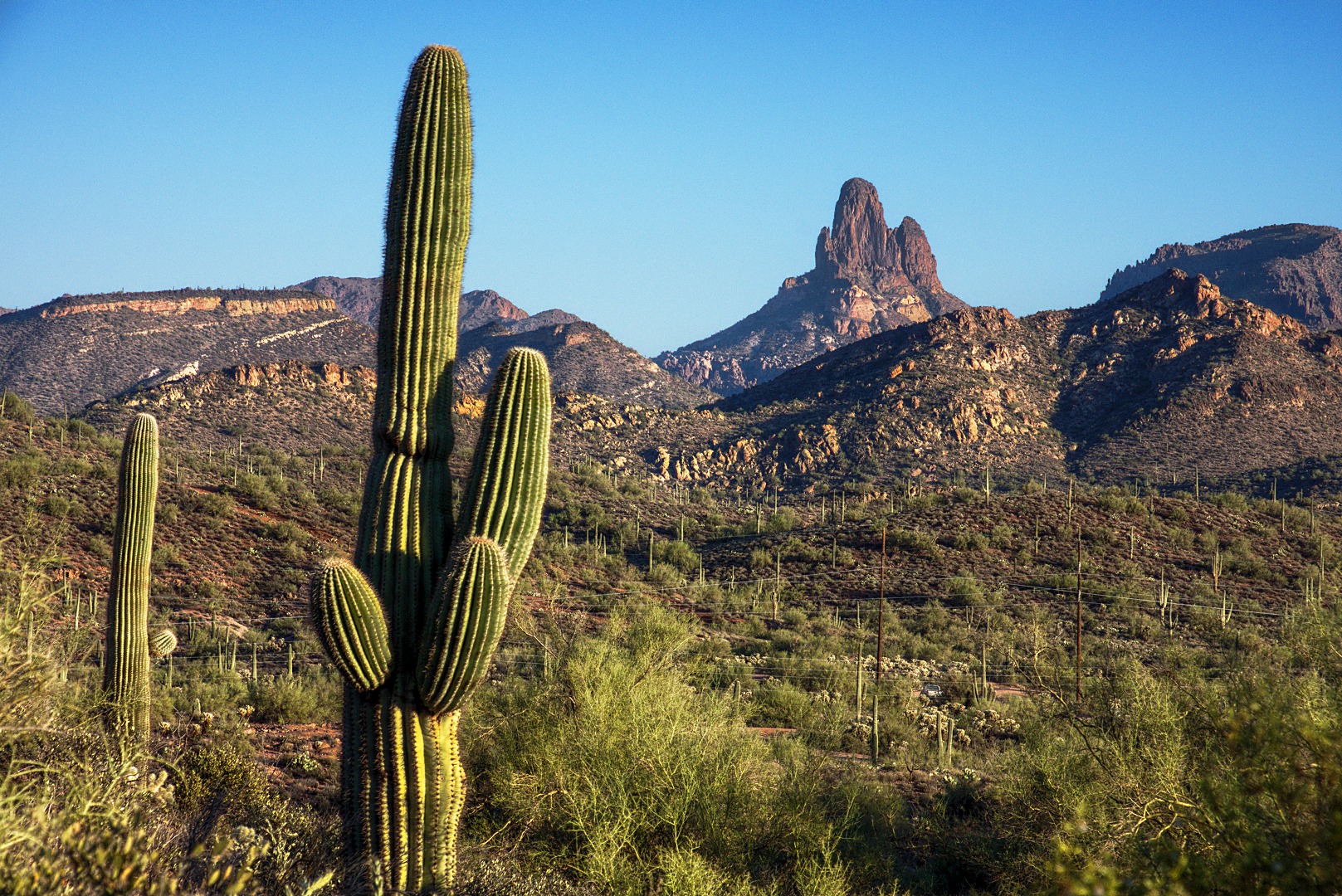 Three of the Four Peaks – I think the fourth one is hidden behind the others.  I had my 18-200mm lens fully zoomed for this shot. 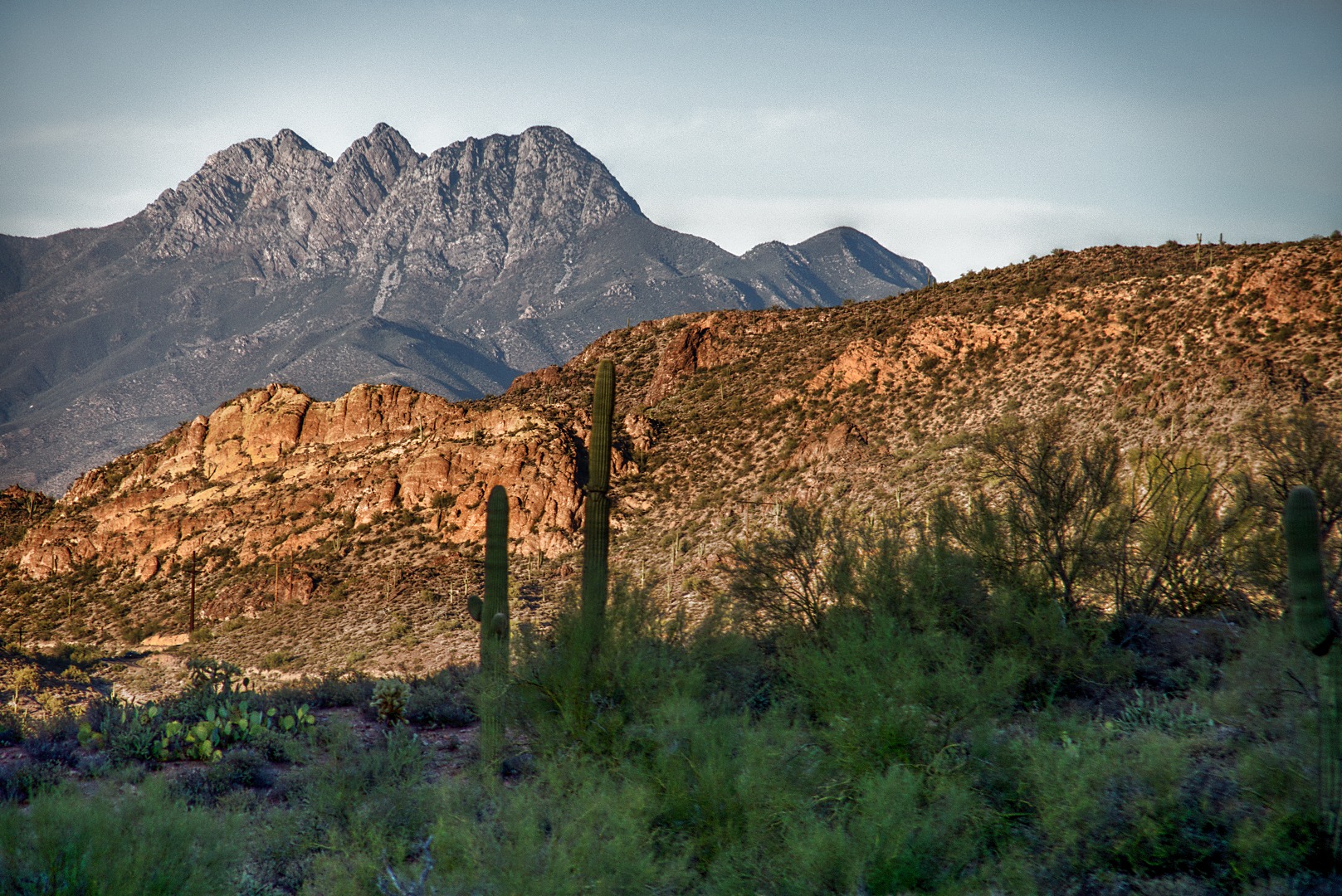