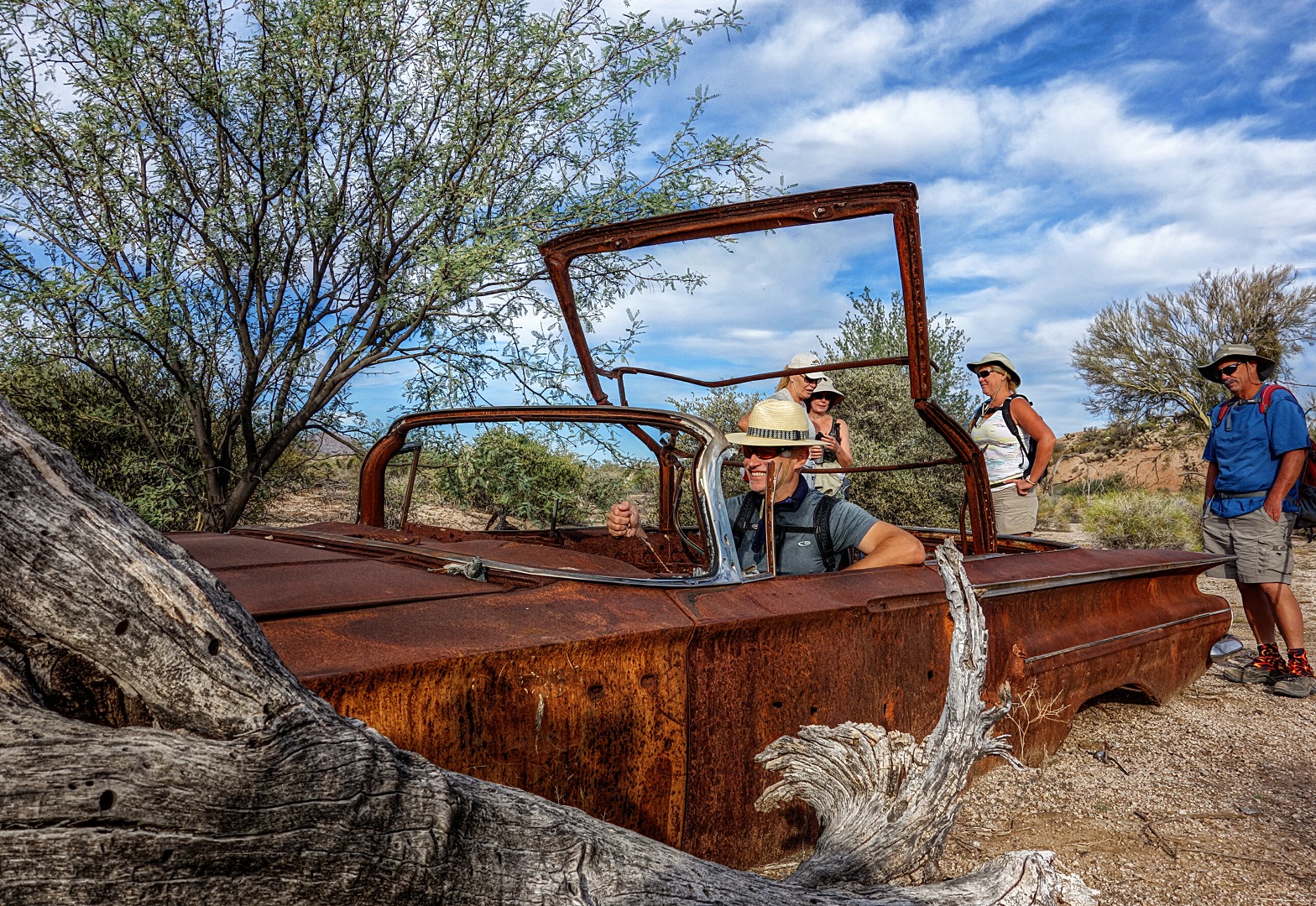 We had a total of thirteen people on today’s hike.  We started at the Trailhead Staging area and hiked out to Stoneman Wash.  At that point, we split into two groups.  Amy’s group continued on to the pond and then returned to the parking area.

My group hiked up Stoneman Wash, veering off to explore several feeder washes along the way.  We eventually wound up on the Pemberton Trail.  We returned via the Delsie, Granite, Wagner, and Tortoise trails.  Total distance was twelve miles.

Here is a group photo just prior to splitting into two groups: 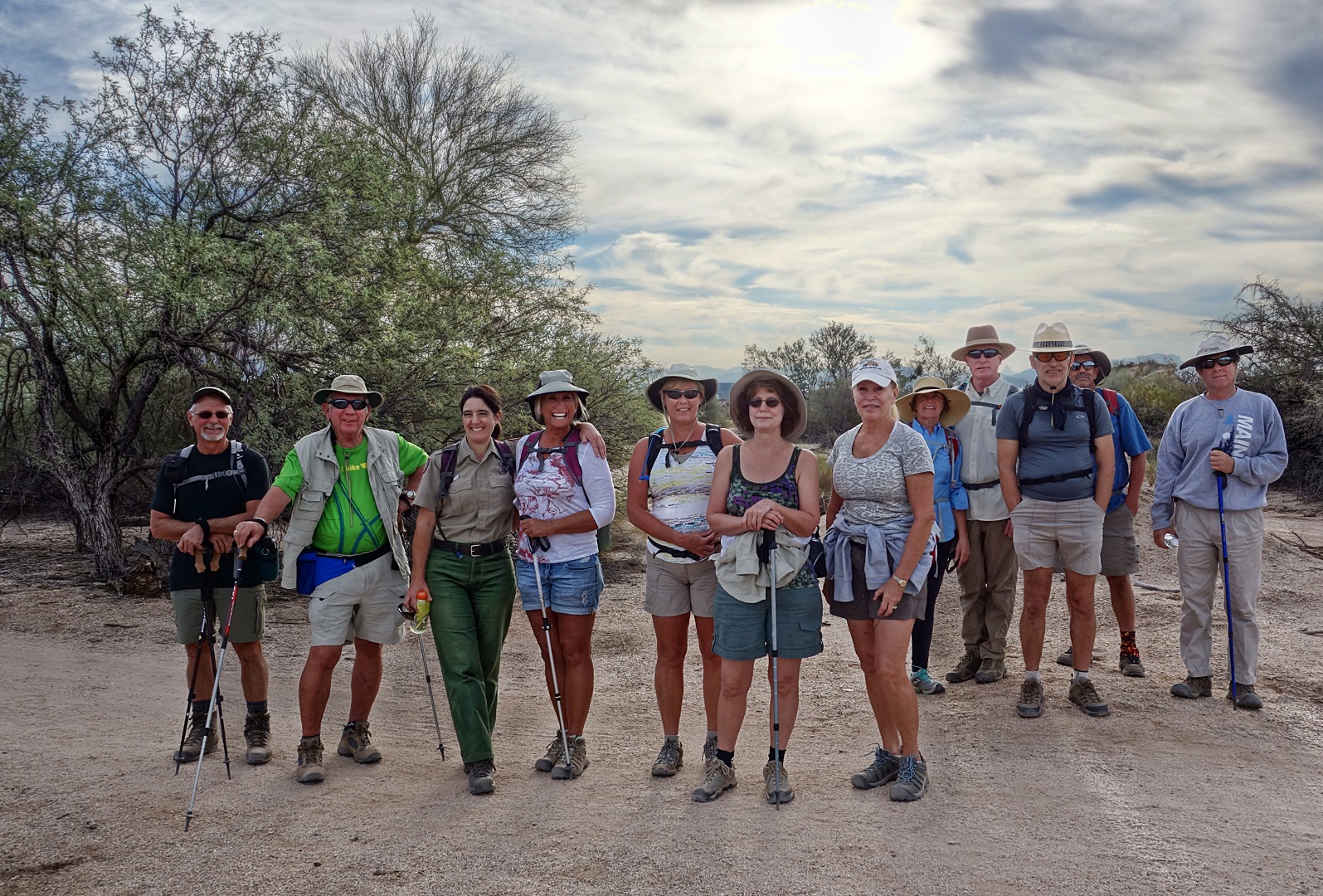 I took this photo just as we were starting up Stoneman Wash: 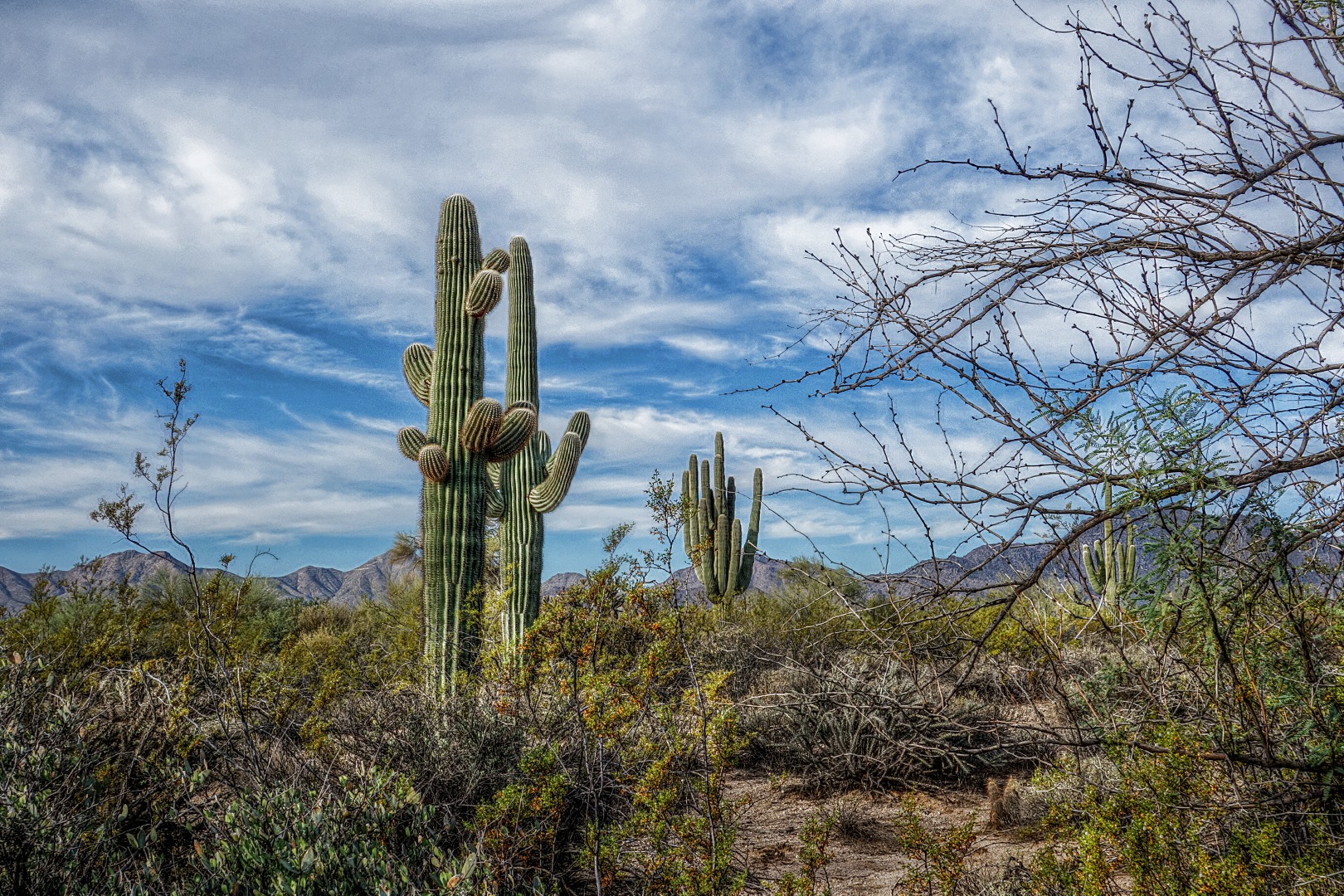 Nick imagines what it might have been like to drive the old Chevy convertible.  There are other photos of the car in the July 27 write-up.

The remains of a dead tree, probably burned in the Rio Fire back in 1995: 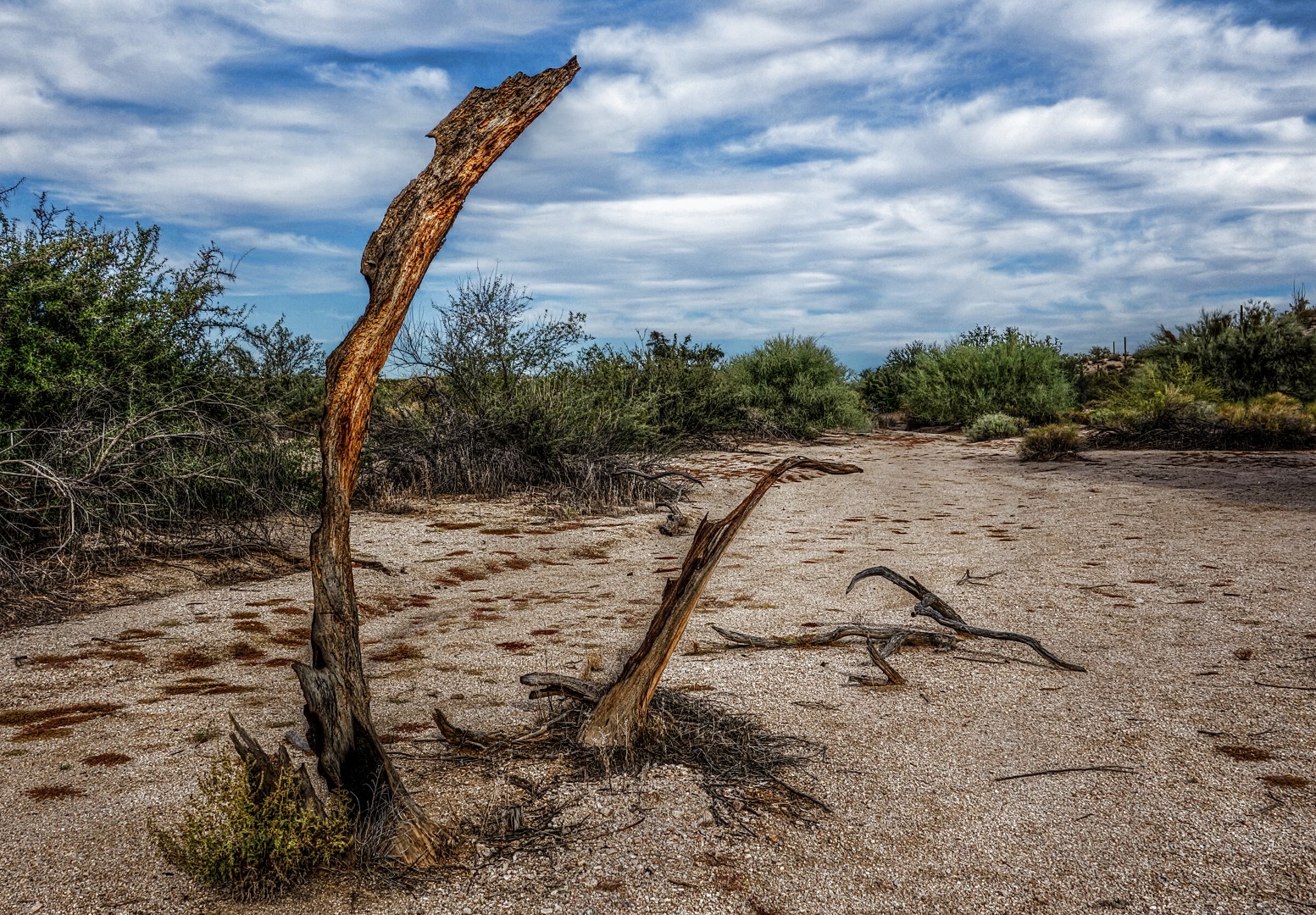 A small bluff along Stoneman Wash: 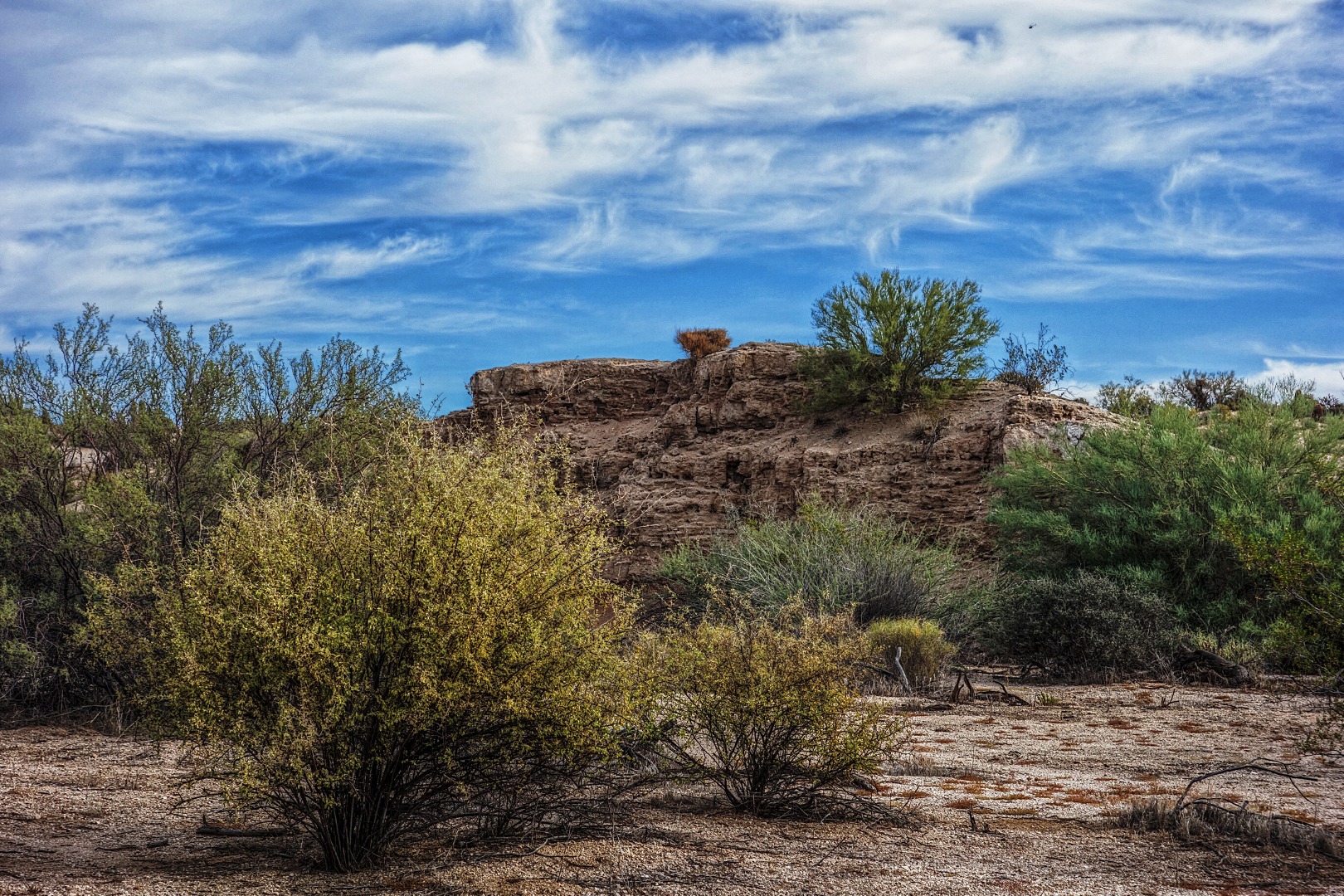 We saw these flowers in one of the feeder washes: 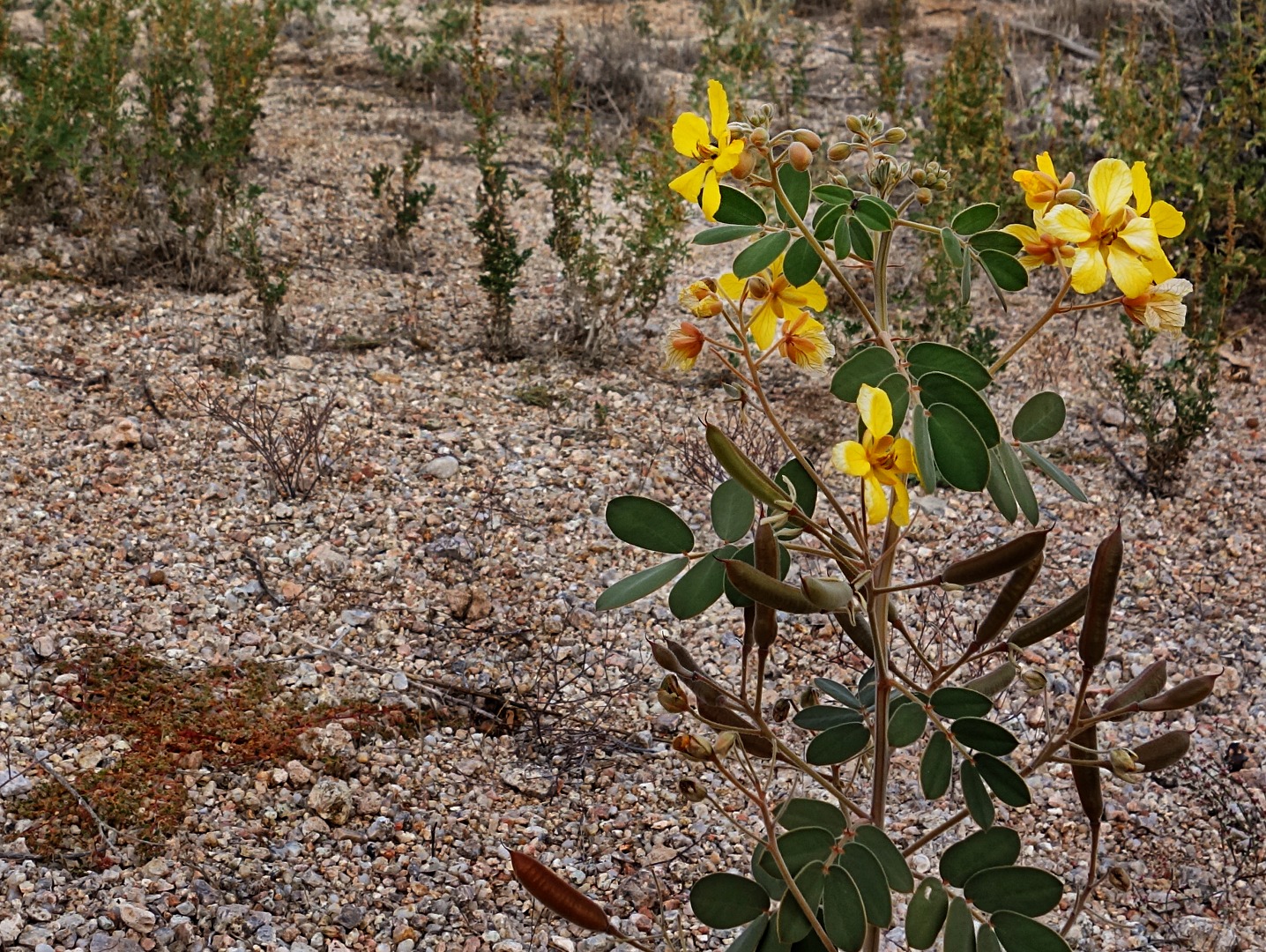 We hiked some of the Bluff Trail where we encountered these cyclists.  Note the pig ornament on the handlebar of her bike. 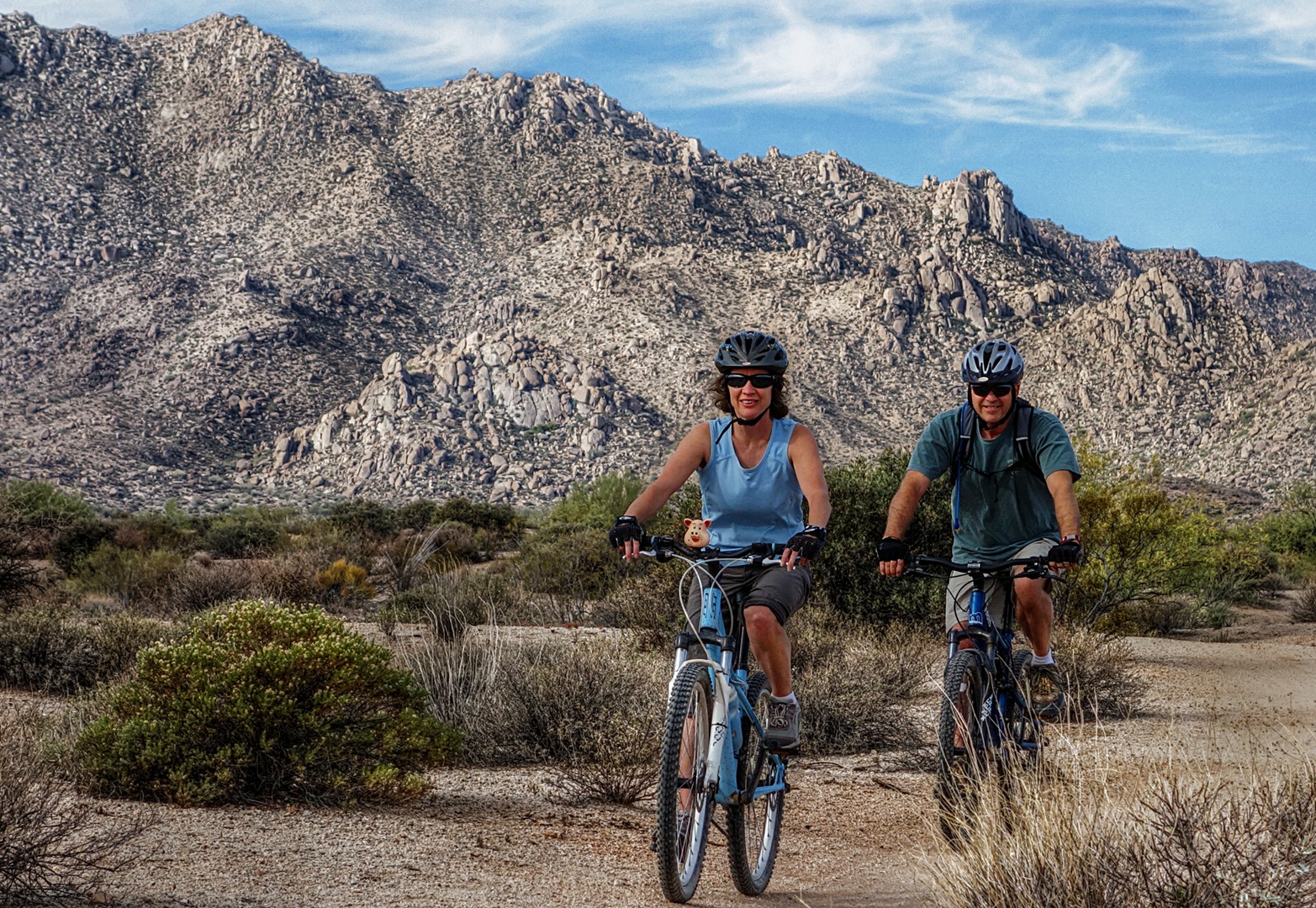 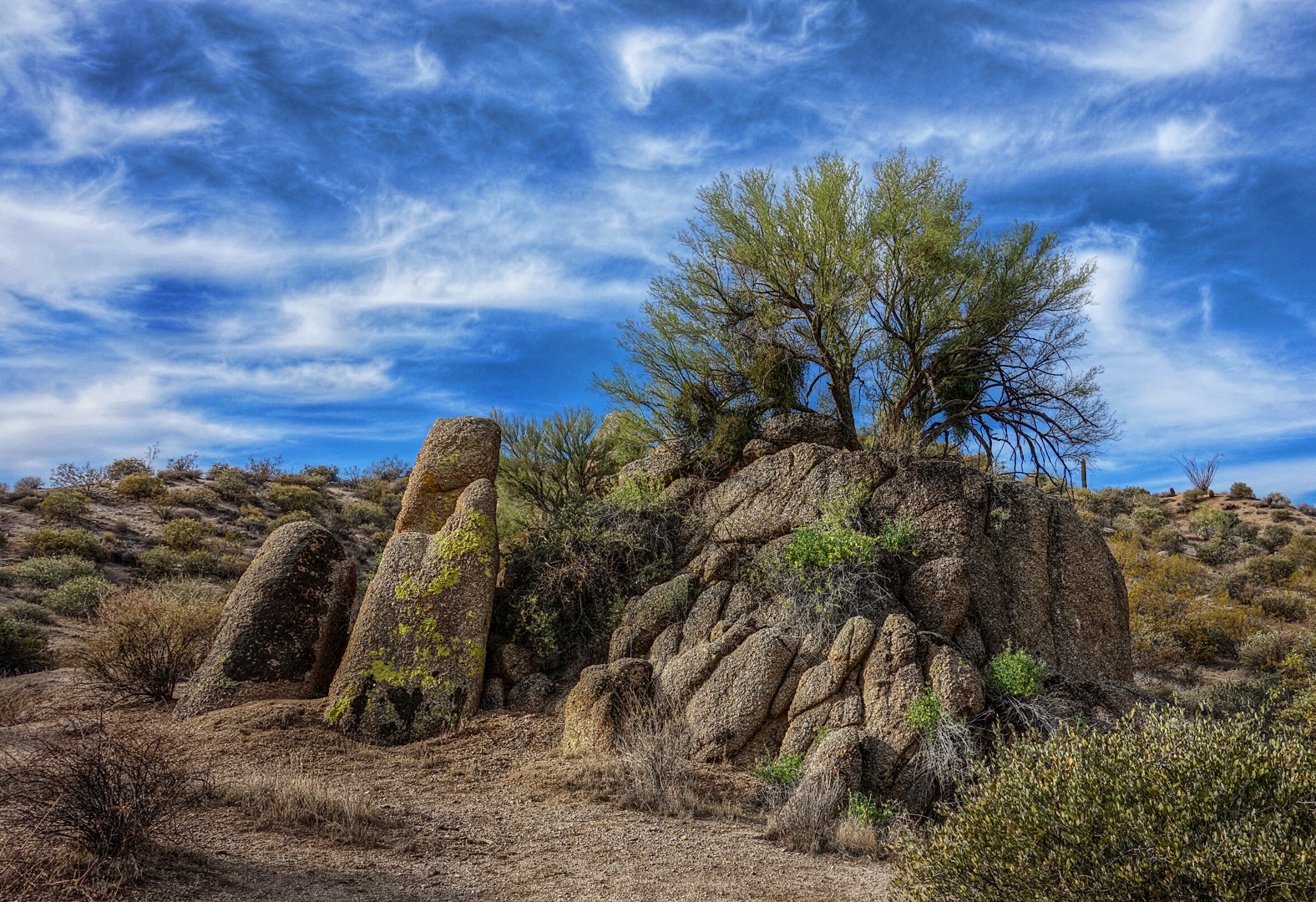 But that wasn’t good enough for Nancy.  She convinced me to climb to the top where I took this photo showing the trunk of the Palo Verde growing out of the top of the rock. 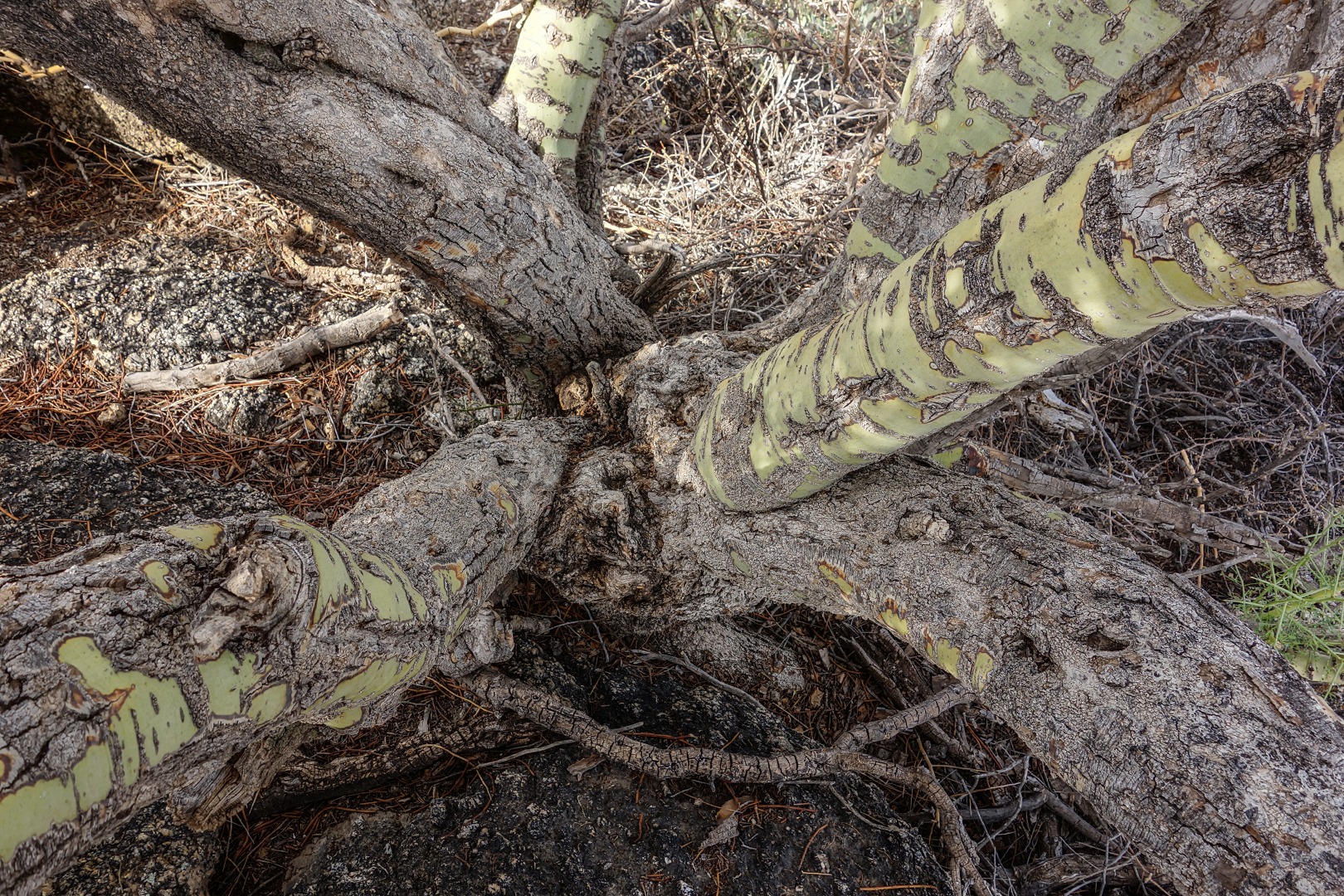 A view from the top of the rock.  From left to right are Susan, Sharon, Bob, Nancy, Gary, Nick, Janet, and Mike (who is also taking a photo).  Some of the limbs from the Palo Verde are hanging down in front of me. 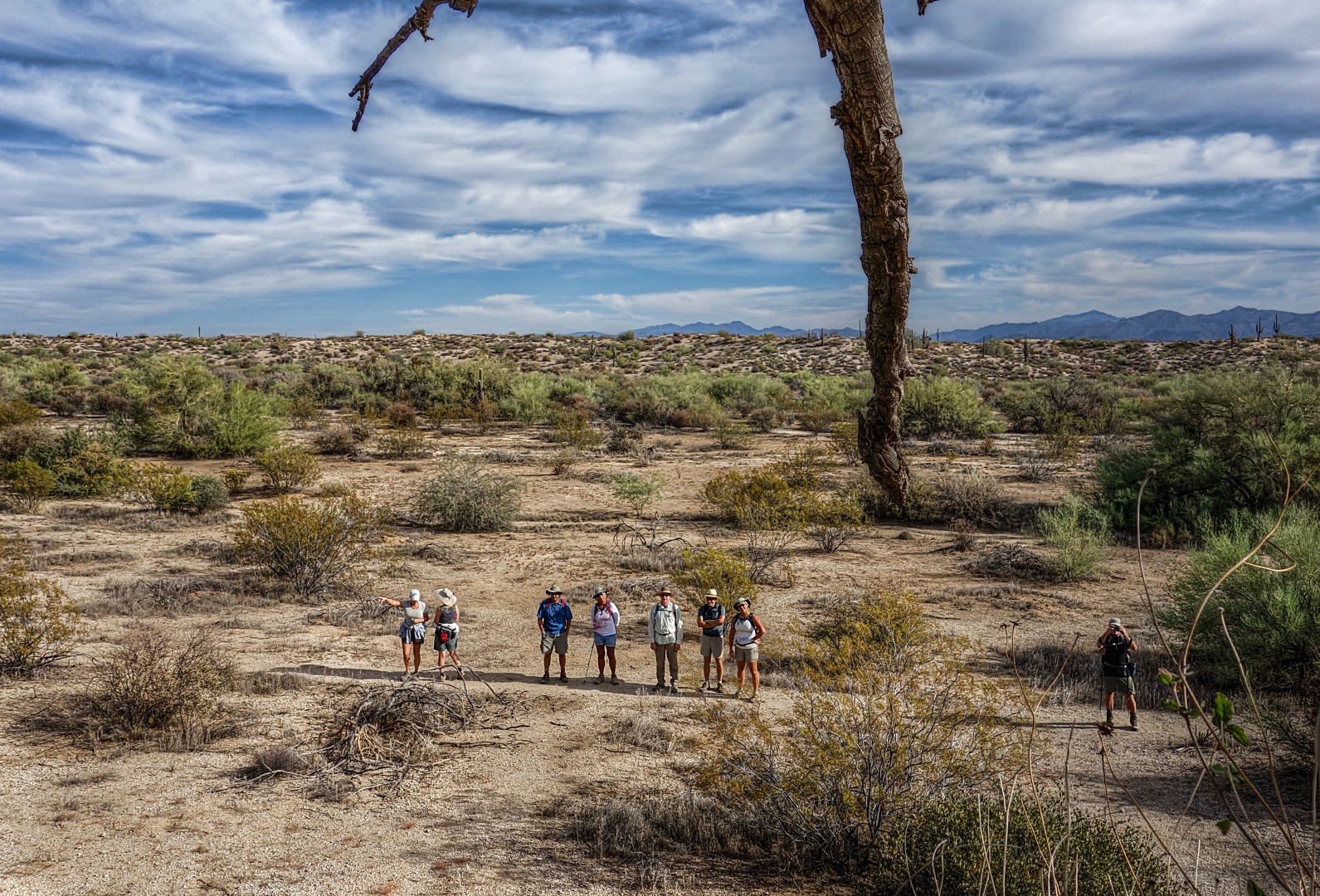 Another rock outcropping on the bank of one of the many washes we hiked: 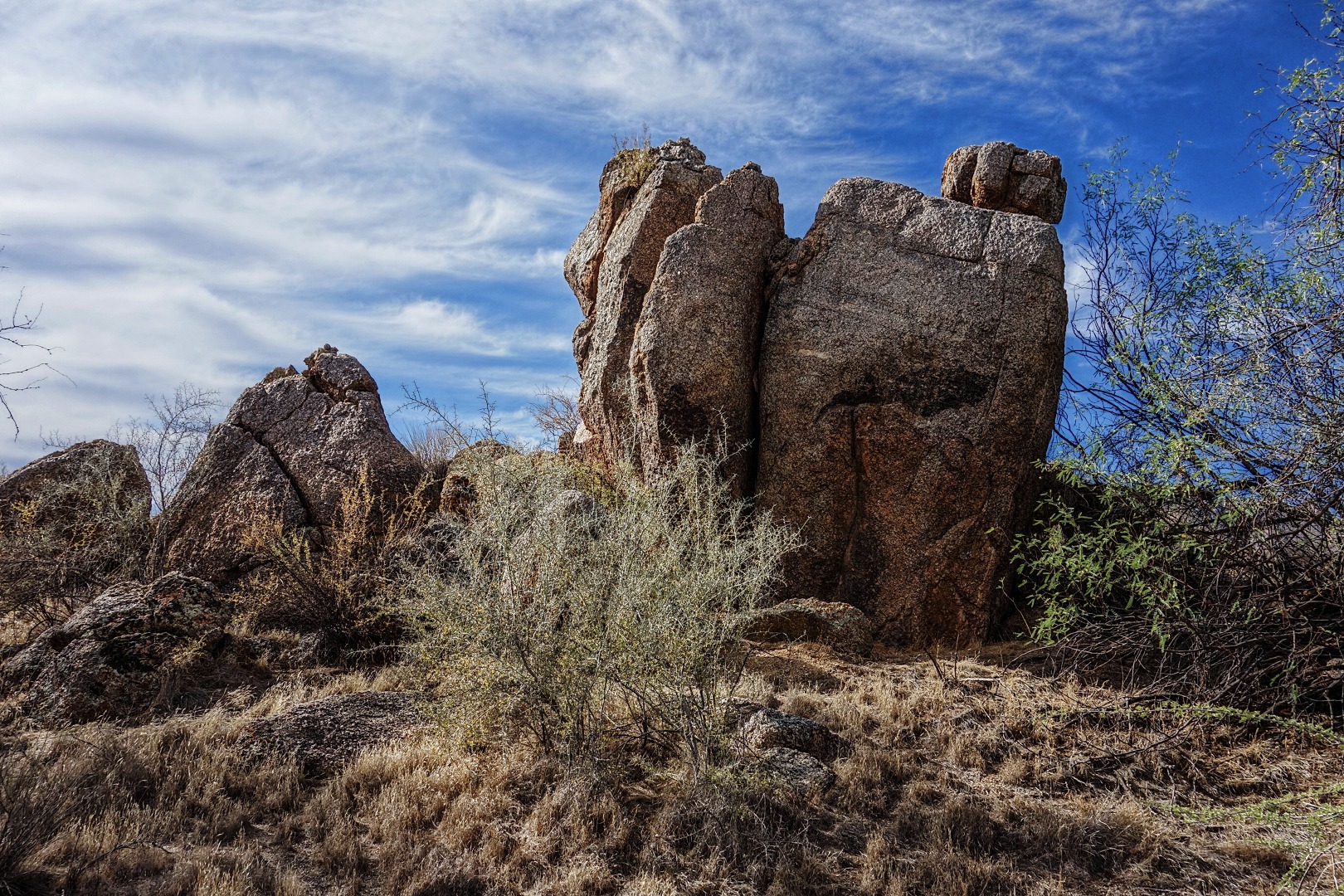 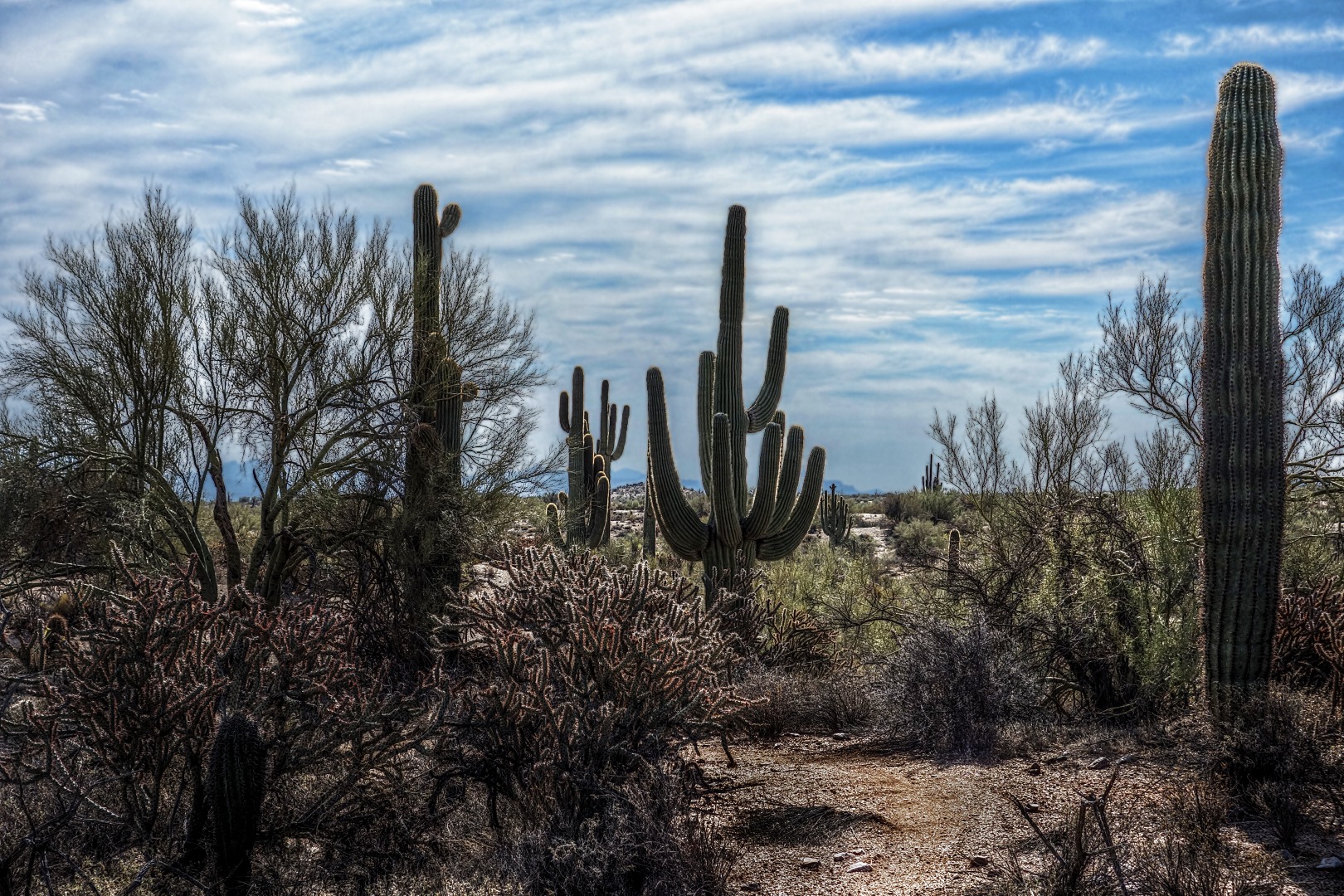 A view of the McDowells from the Delsie Trail.  Tom’s Thumb, Morrell’s Wall, Rock Knob, Sven Slab, and all three of the Sven Towers are visible in this photo. 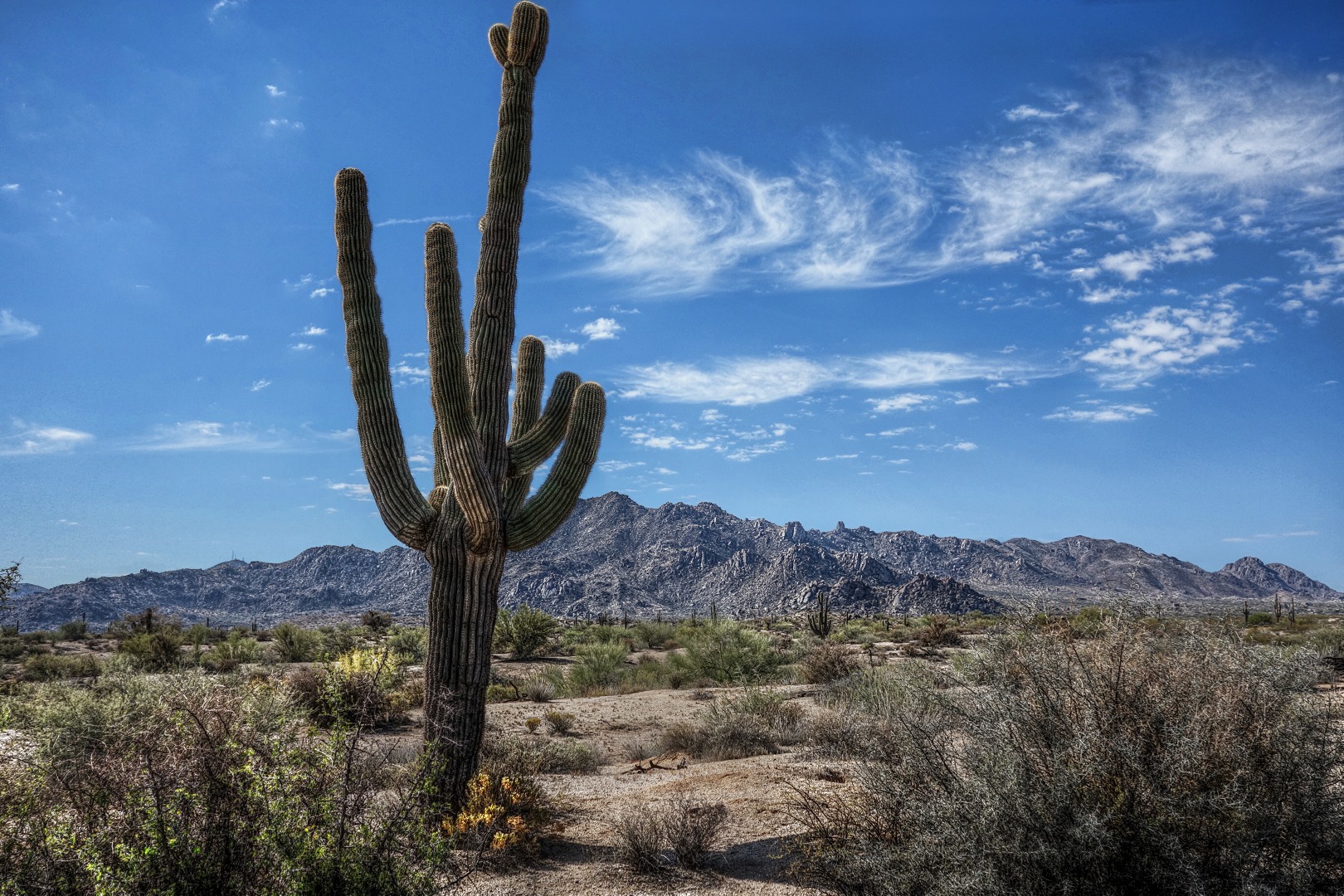