Mara sent me this photo of Katie trying on costumes in an attempt to look like Gottfried Leibniz for Halloween.  I’m not convinced that Katie’s friend thinks this is a good idea 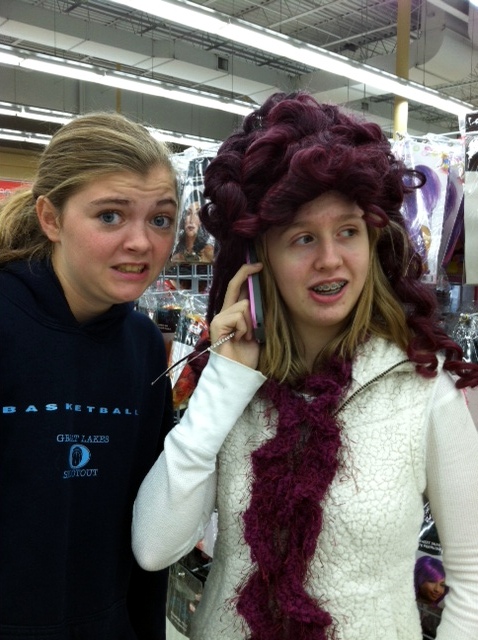 Marie is working on the pumpkin in the photo below just as Callisto escapes the house.  Molly is looking on from Marie’s left. 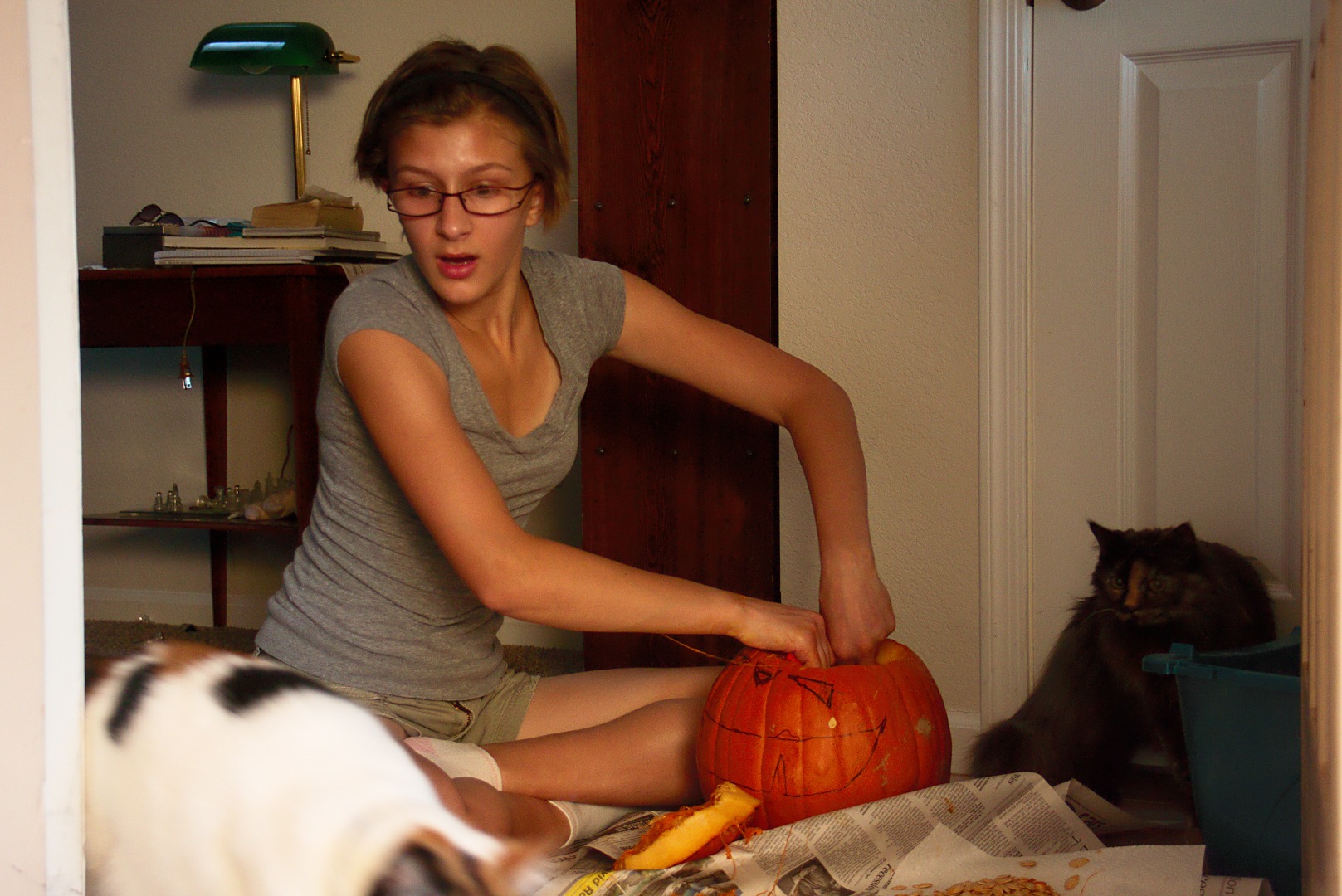 Tiger ran outside too.  Joe caught Tiger and made him pose for a photo. 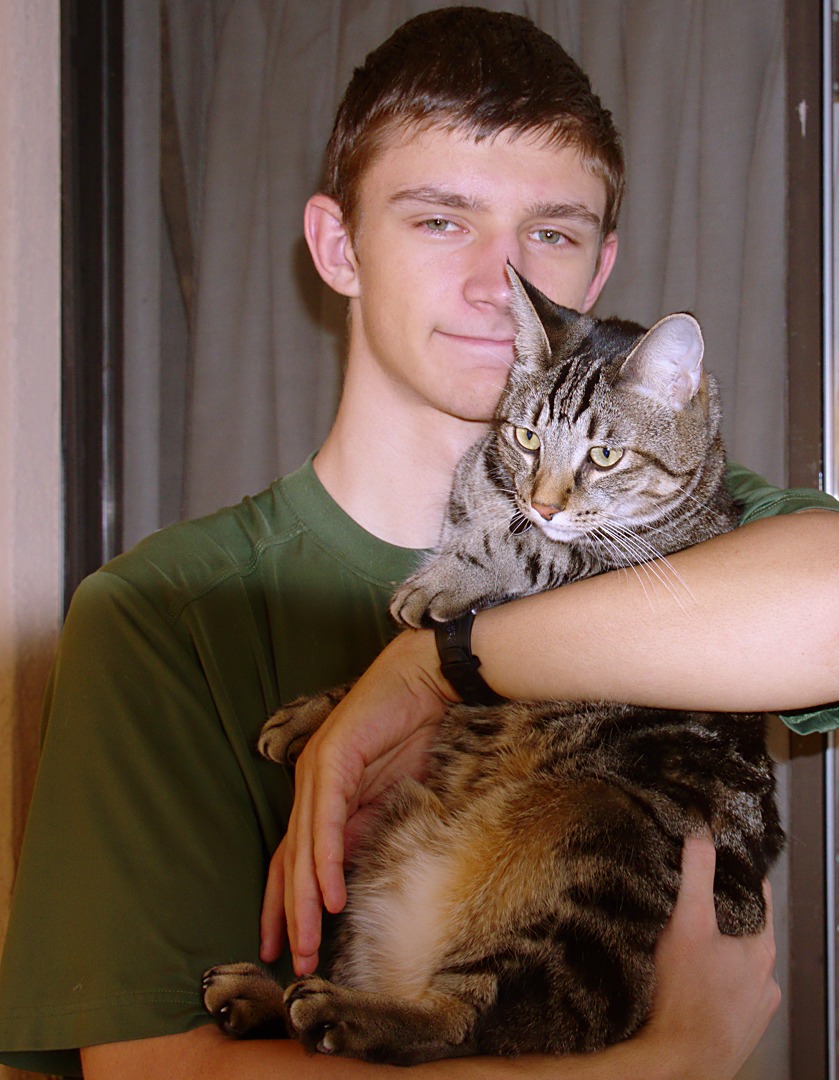 Photos of Marie just prior to leaving to meet her friends for trick-or-treating.  (I’m very happy with the way the first photo turned out.  I’m less happy about the second due to it not quite being in focus.) 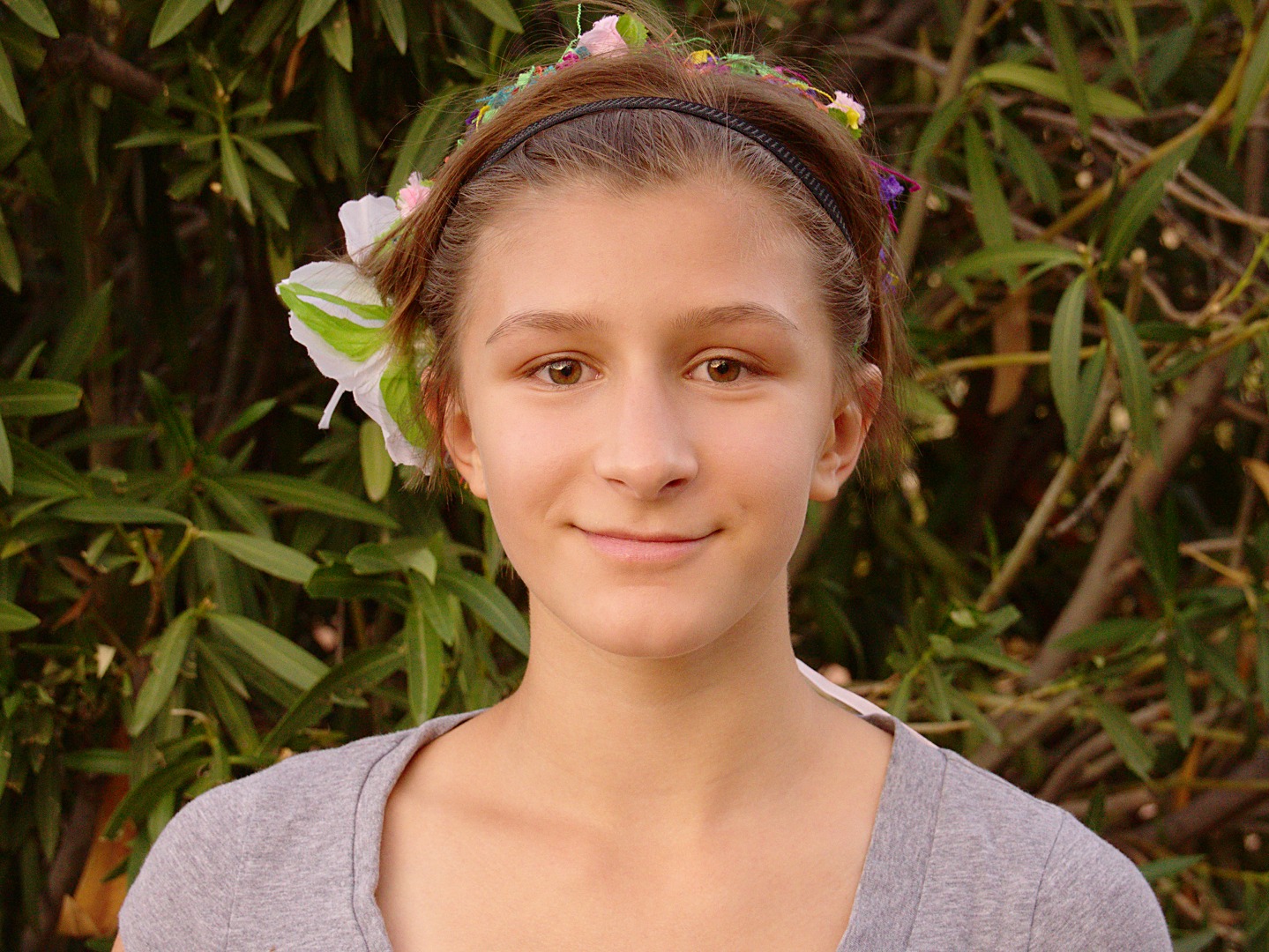 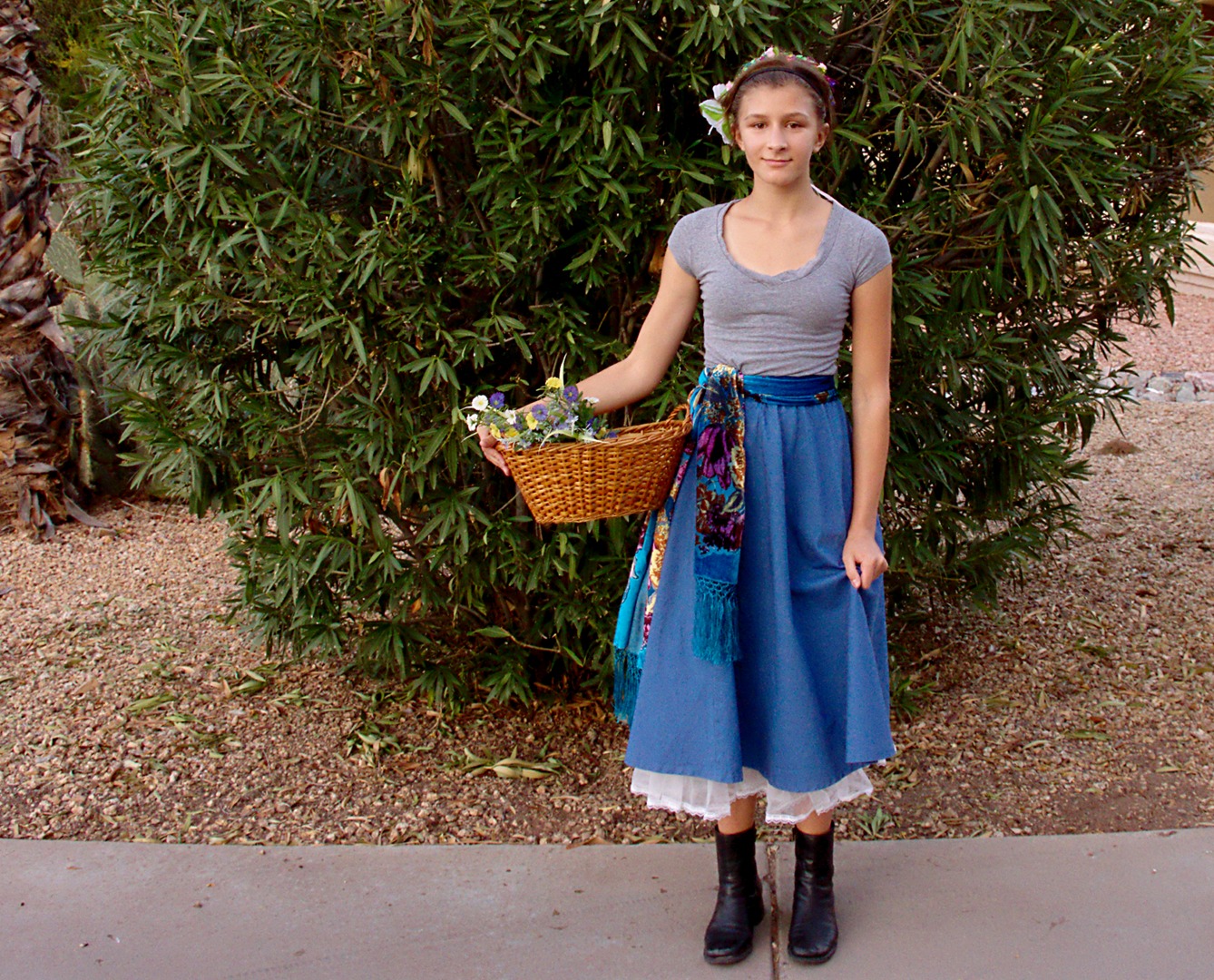 Mara sent me another titled “Leibniz after a Long Day”: 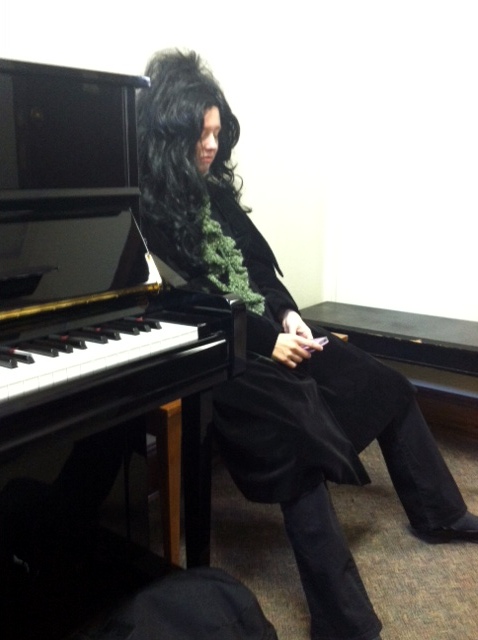 The pumpkin that Marie was carving earlier in the day… 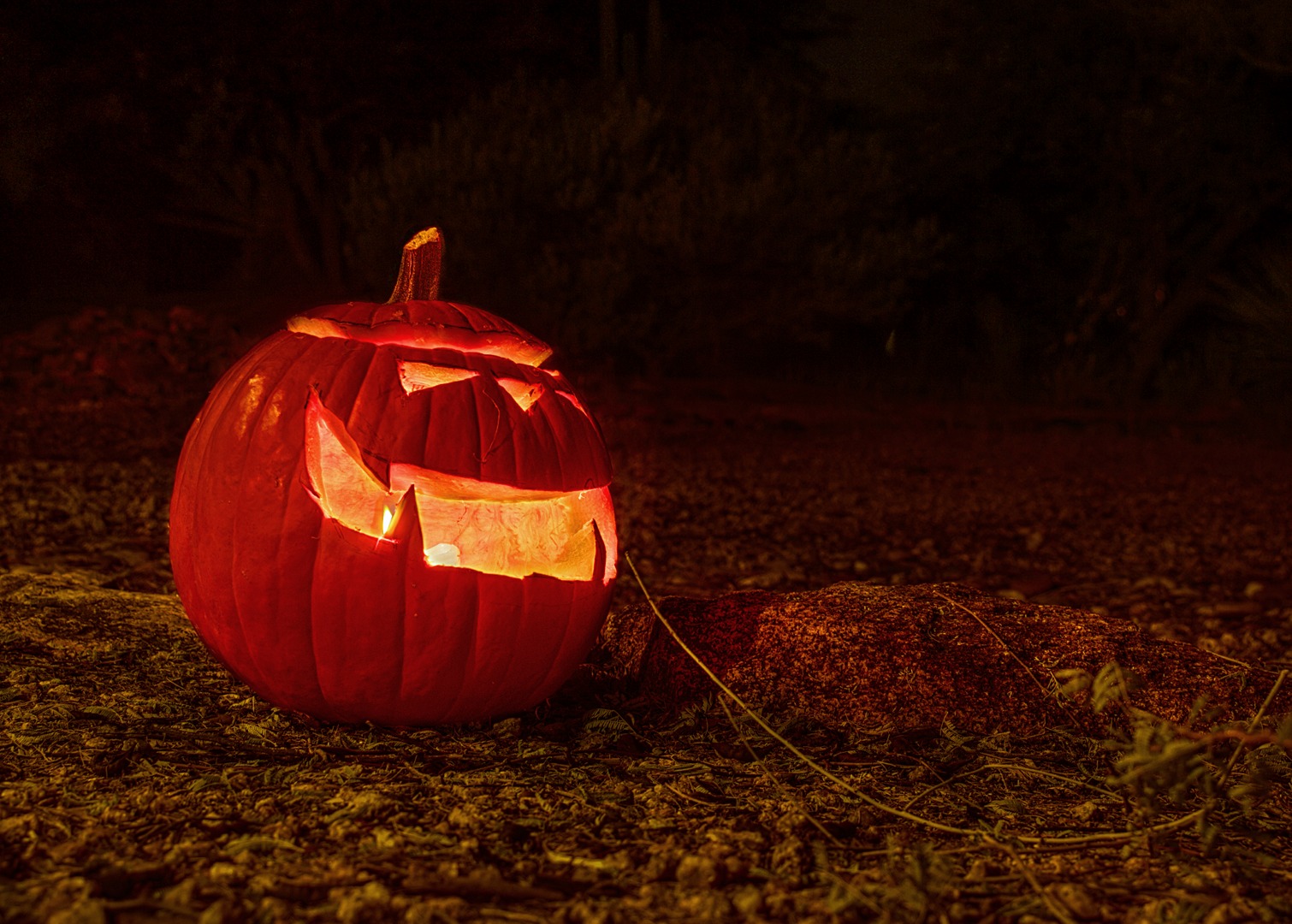 Below is a simpler version of the above photo.  It’s the -3 EV layer only.  The only thing I did to it was run unsharp mask on it.  The photo above was made from four exposures and three tone layers.  I ended up interposing yet another gray (partially transparent black) layer on top of the tone layers and masked it to show just the pumpkin since the rest of the scene ended up being too bright and distracting.  That mostly grey layer ended up darkening the non-pumpkin portions of the scene making them less distracting.  The nice thing about it is that, using the opacity slider, it’s possible to make it as light or as dark as we want. 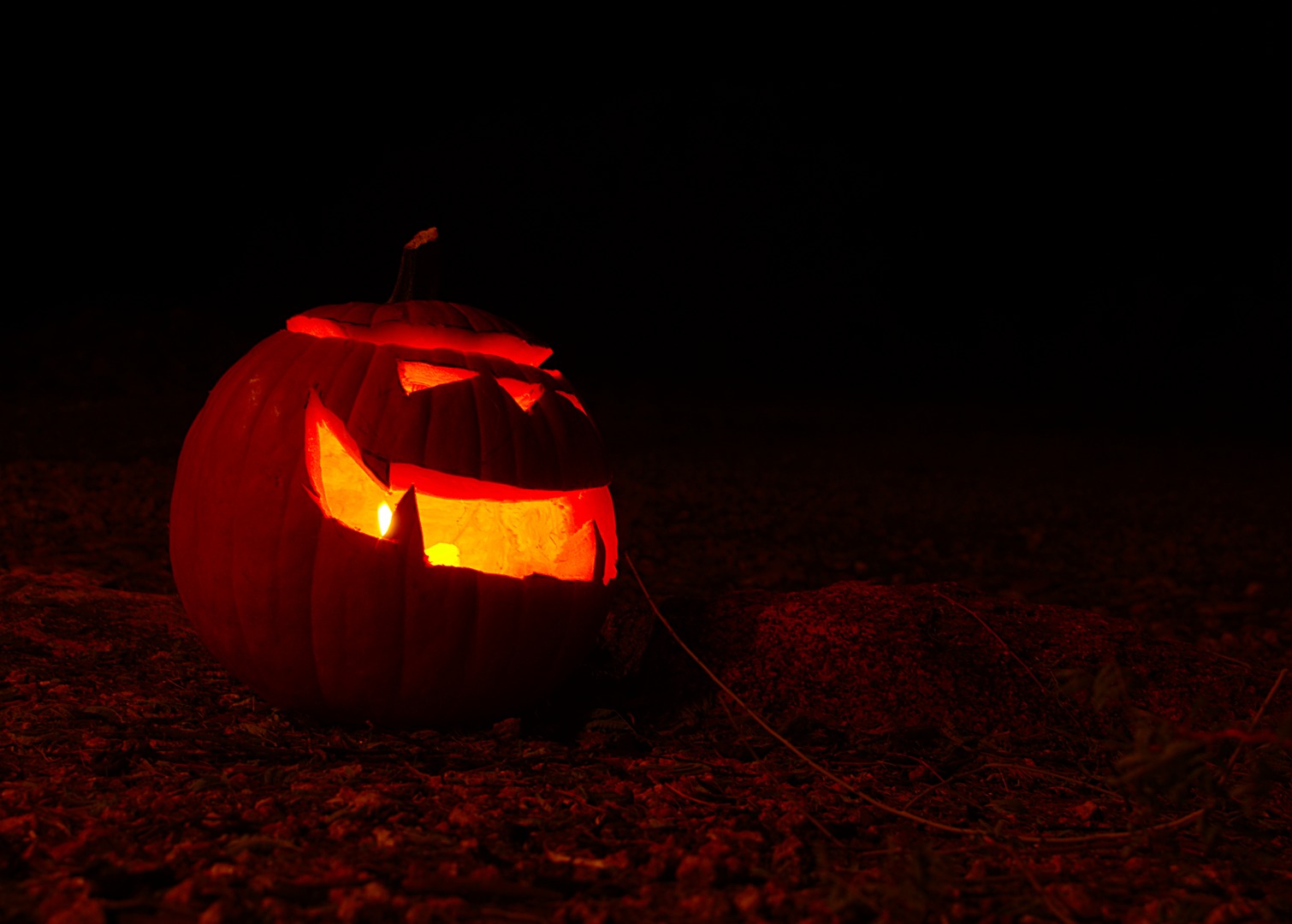 Joe reads while waiting for trick-or-treaters.  It must have been a very good book because he hardly moved at all during that 30 second, f/10 exposure at ISO 100.  (The exposure for the pumpkin was only one second.) 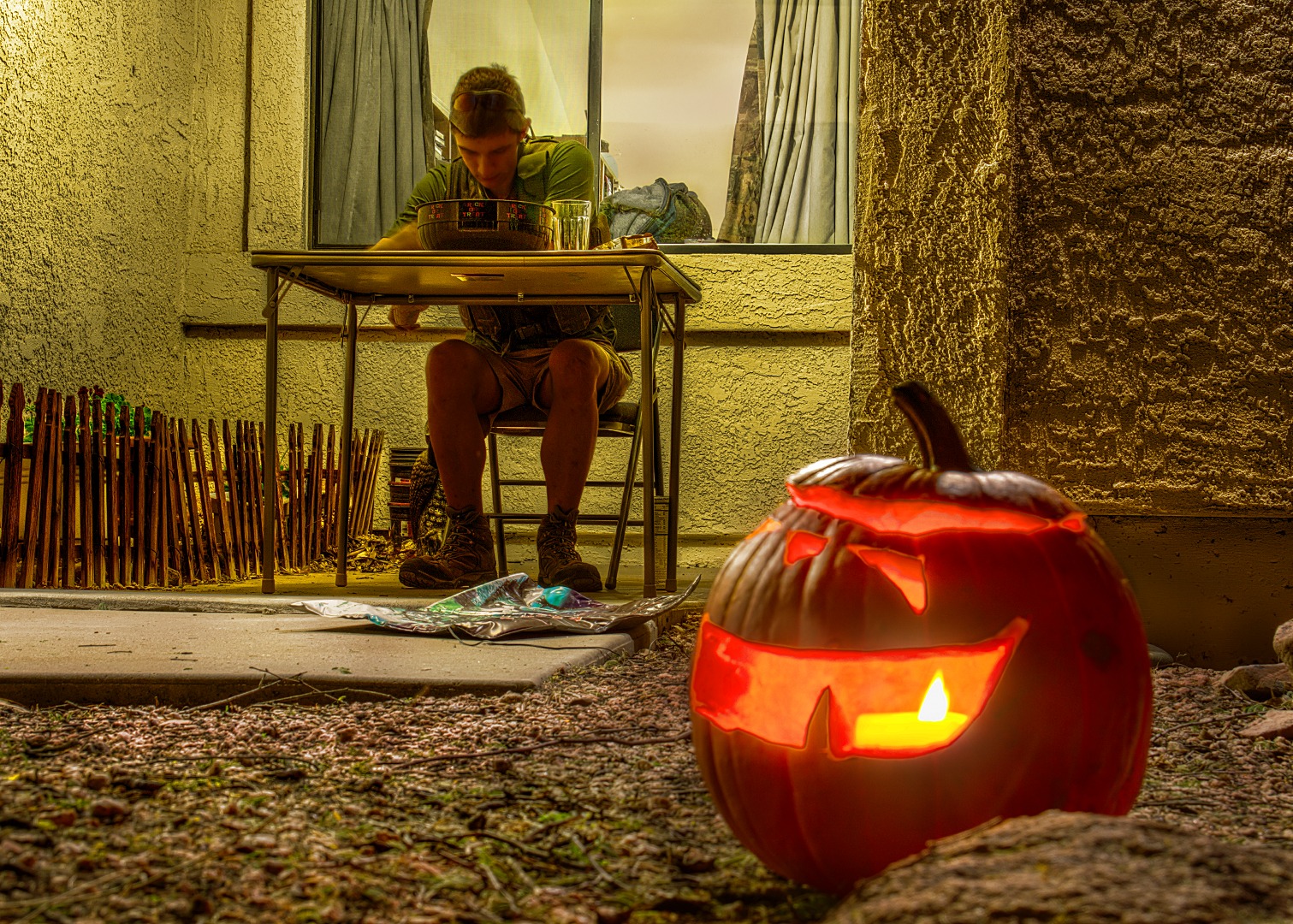