I went out this morning and biked a potential route for tomorrow’s hike.  The photos below were taken from the McDowell Sonoran Preserve. 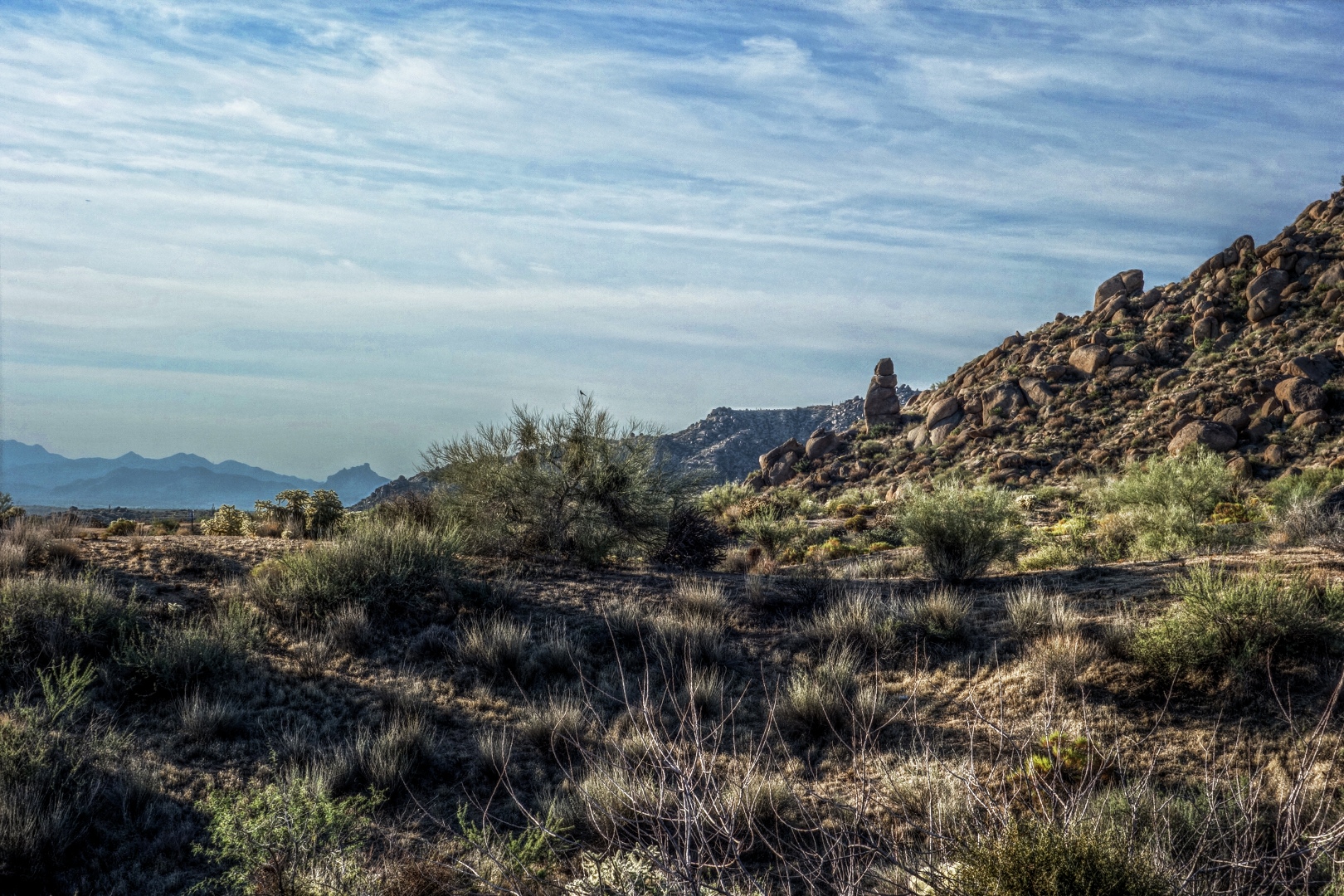 The Preserve trails have been diverted somewhat and sanitized since I was last there.  There are also some new trail signs. 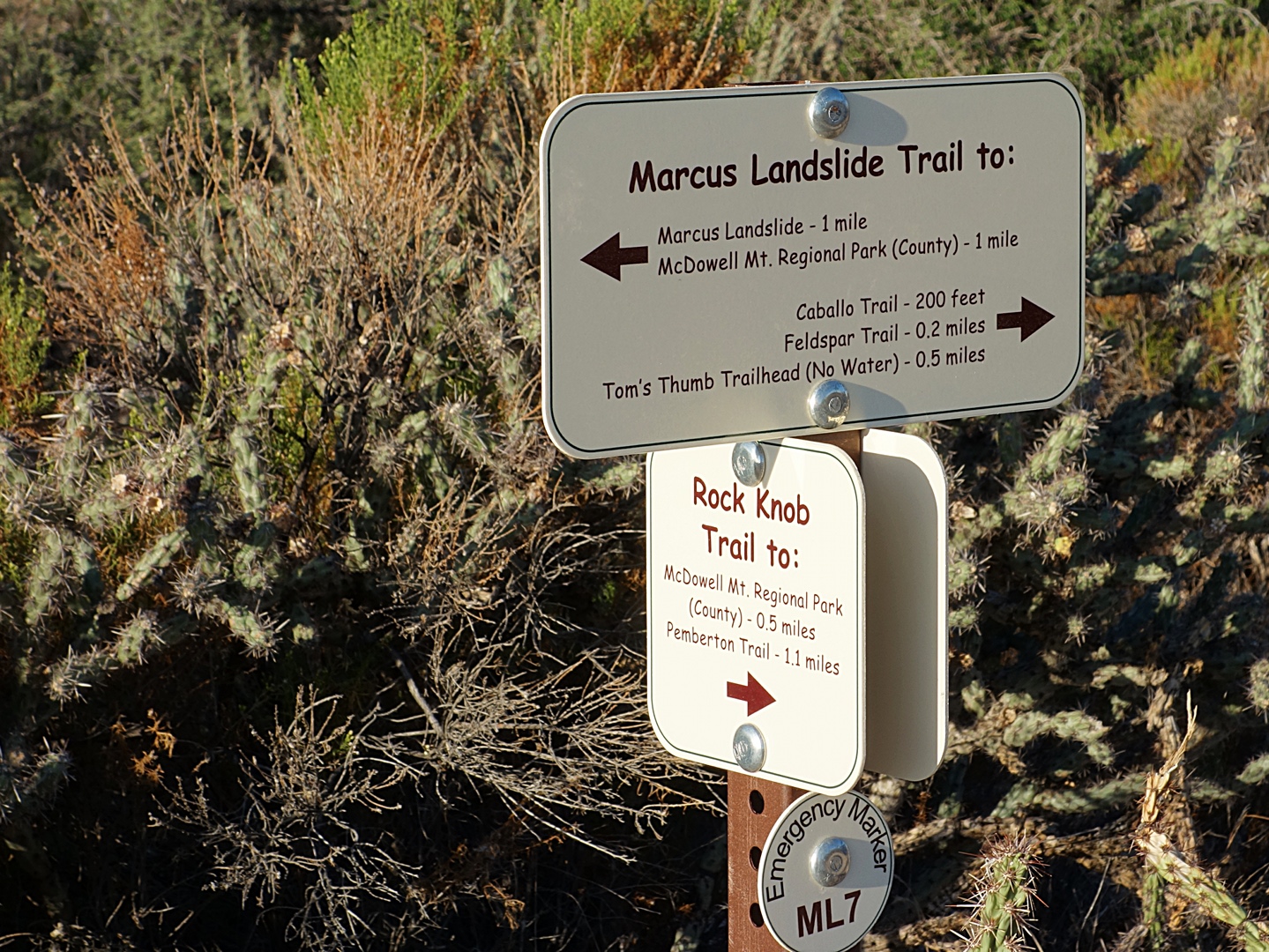 Those leaning rocks on the skyline about a third of the way over from the left edge of the photo can be seen from many places in the park.  I sometimes think that they look like people hiking with heavy packs. 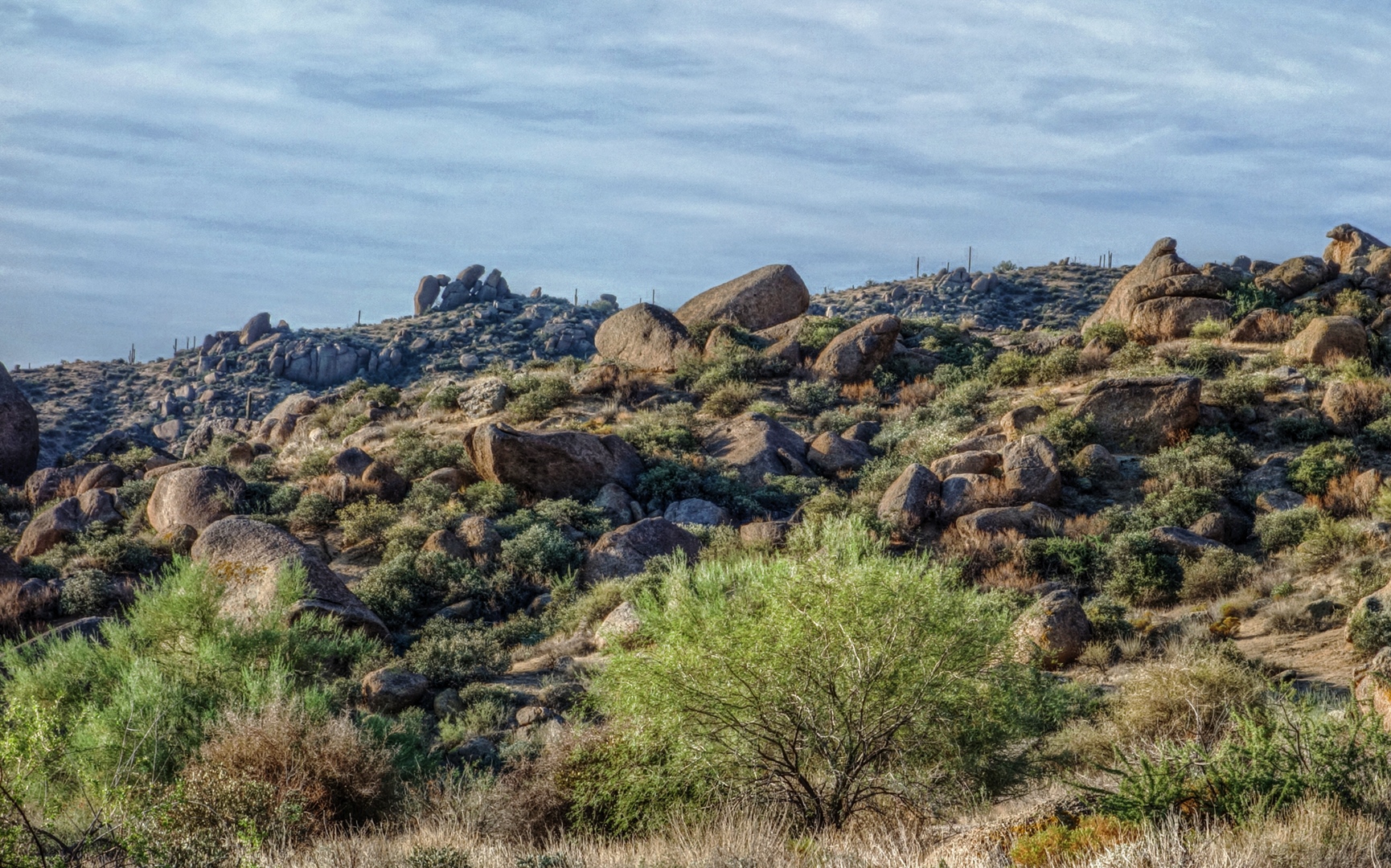 Another cool looking rock on the Marcus Landslide Trail: 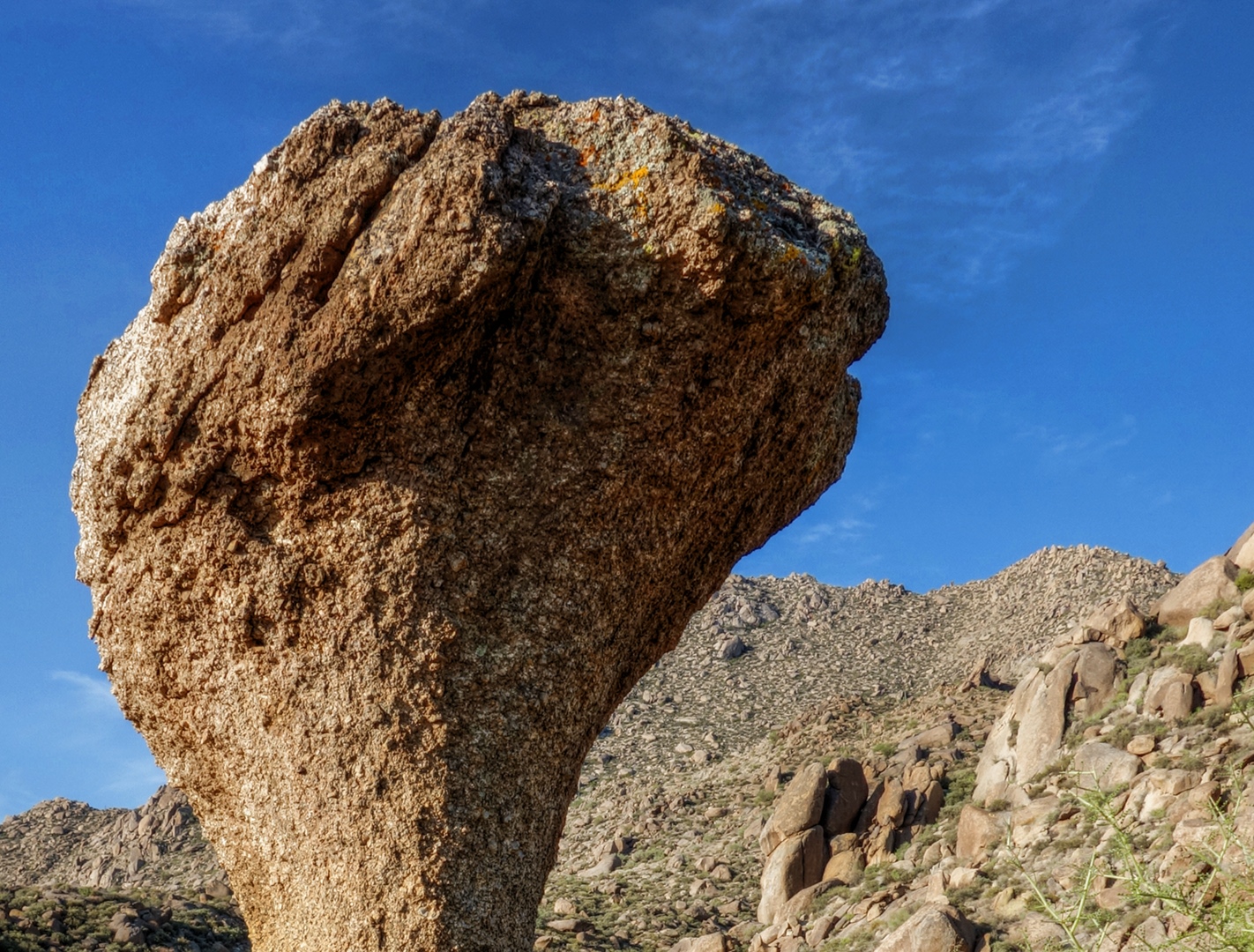 It doesn’t say so on the sign, but this (below) is one end of the Boulder Trail.  The trail has been around for quite awhile, but only recently has an official opening been made in the fence. 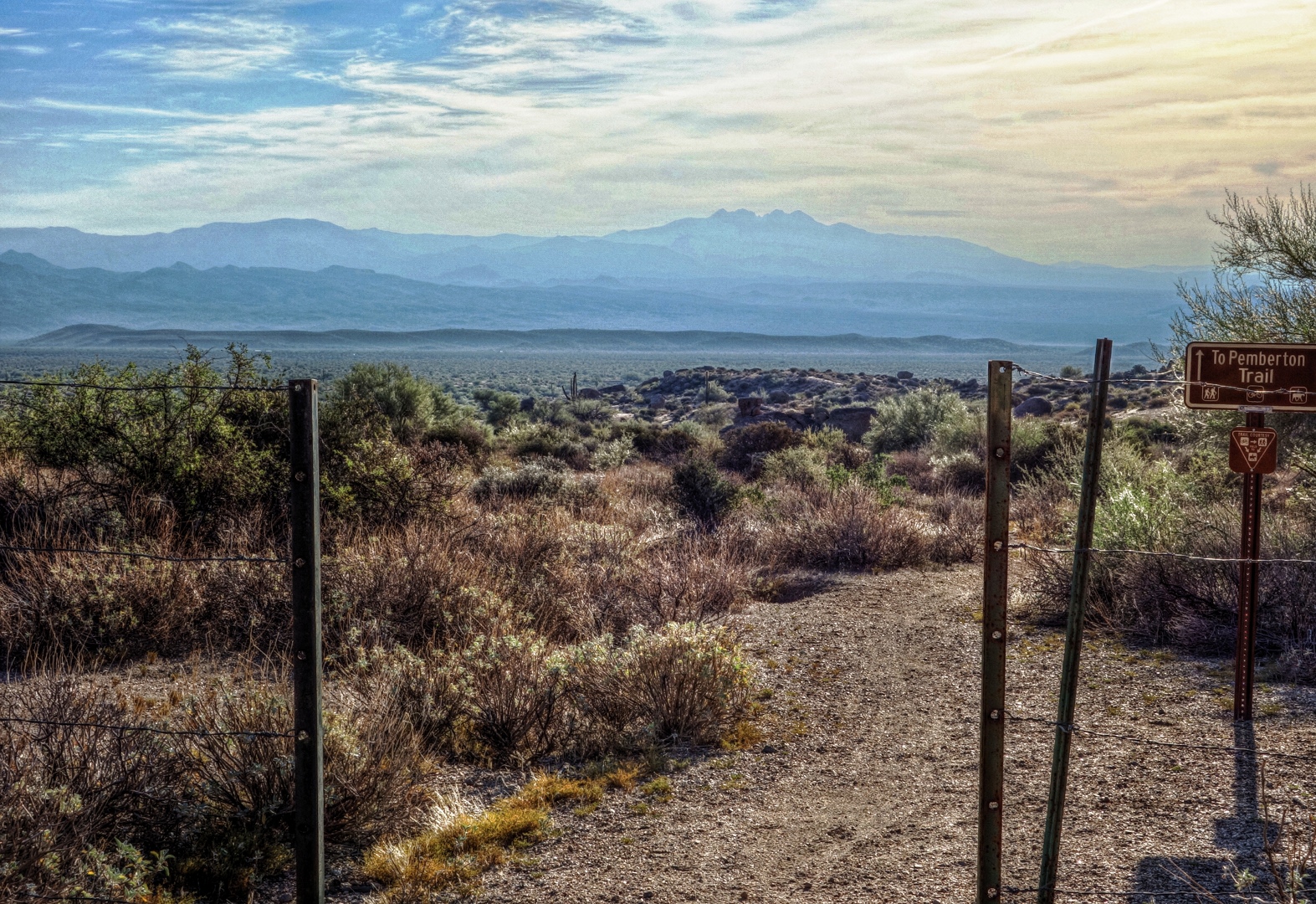 Greg at the Finish Line