Young Callisto and her Mom

The photo below is from June of 2010.  Callisto still lived outside then.  Her mom, Calico, tried to ditch that recent litter of kittens as best as she could, but Callisto was persistent and followed mom around, even sleeping with her at times on the patio.

We managed to coax her inside a couple of months later.  She made loud and very nervous yowling noises when I shut the door and she realized that she couldn’t get out.  Marie felt bad for her and insisted that we open the door so that she could leave again.  But we tried again several days or perhaps a week later and kept her in to stay. 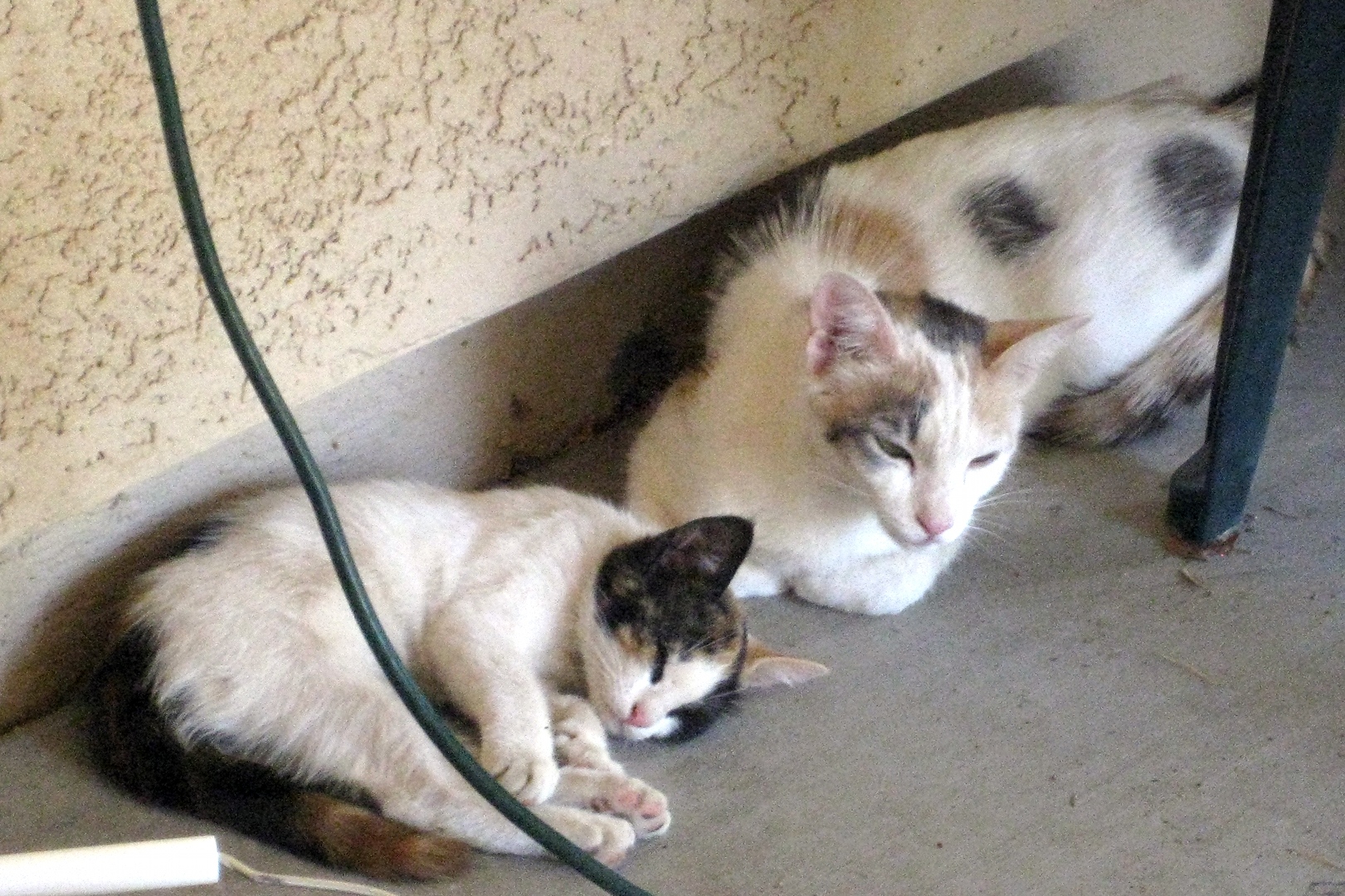 Sunset over the McDowells