On Saturday afternoon, Marie, Marilyn, and I visited the Fountain Park.  I went with the intent of scouting a good location to set up the tripod for taking a nighttime photo of the fountain.  I wasn’t sure whether I would get a chance to do it on Saturday, but I brought along my NEX-7 and the tripod just in case.  I brought a small point and shoot camera, the Sony RX100 for my scouting.  All but the last two photos shown here were taken with the RX100.

We got there shortly after 5:00pm, but before 5:15.  The fountain was not running.  It normally starts on the hour and runs for fifteen minutes.  It does not run, however, if it’s excessively windy.  It was fairly windy when we got there, so perhaps that’s why it wasn’t running.  You can see the wind blowing her hair in these photos of Marilyn: 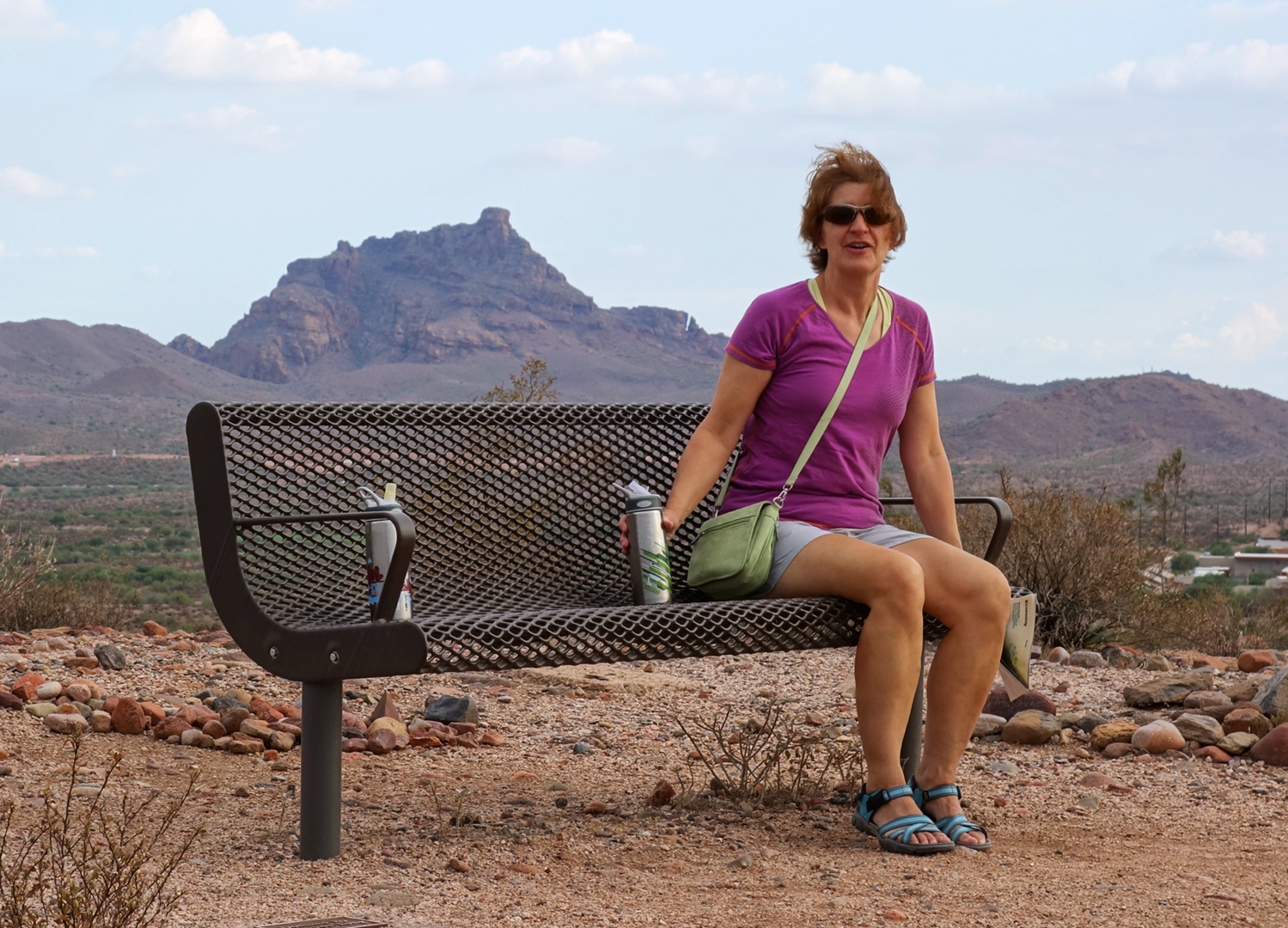 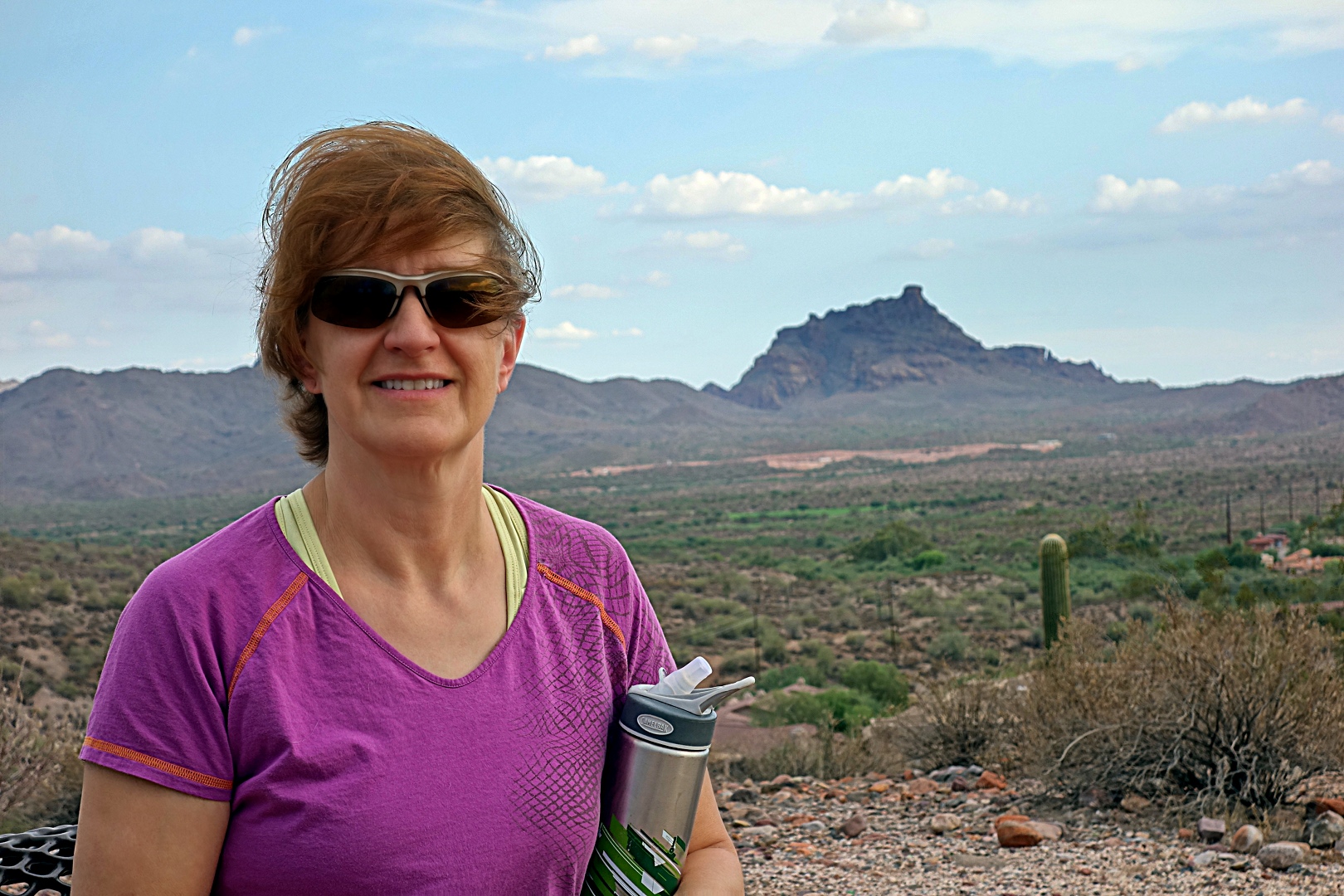 I took photos of the fountain lake for a while and of some of the plants along the Overlook Trail.  When I got back down to the car, it was 6:00pm.  So I hiked back up the trail and took some more photos.  Here’s one of the fountain. 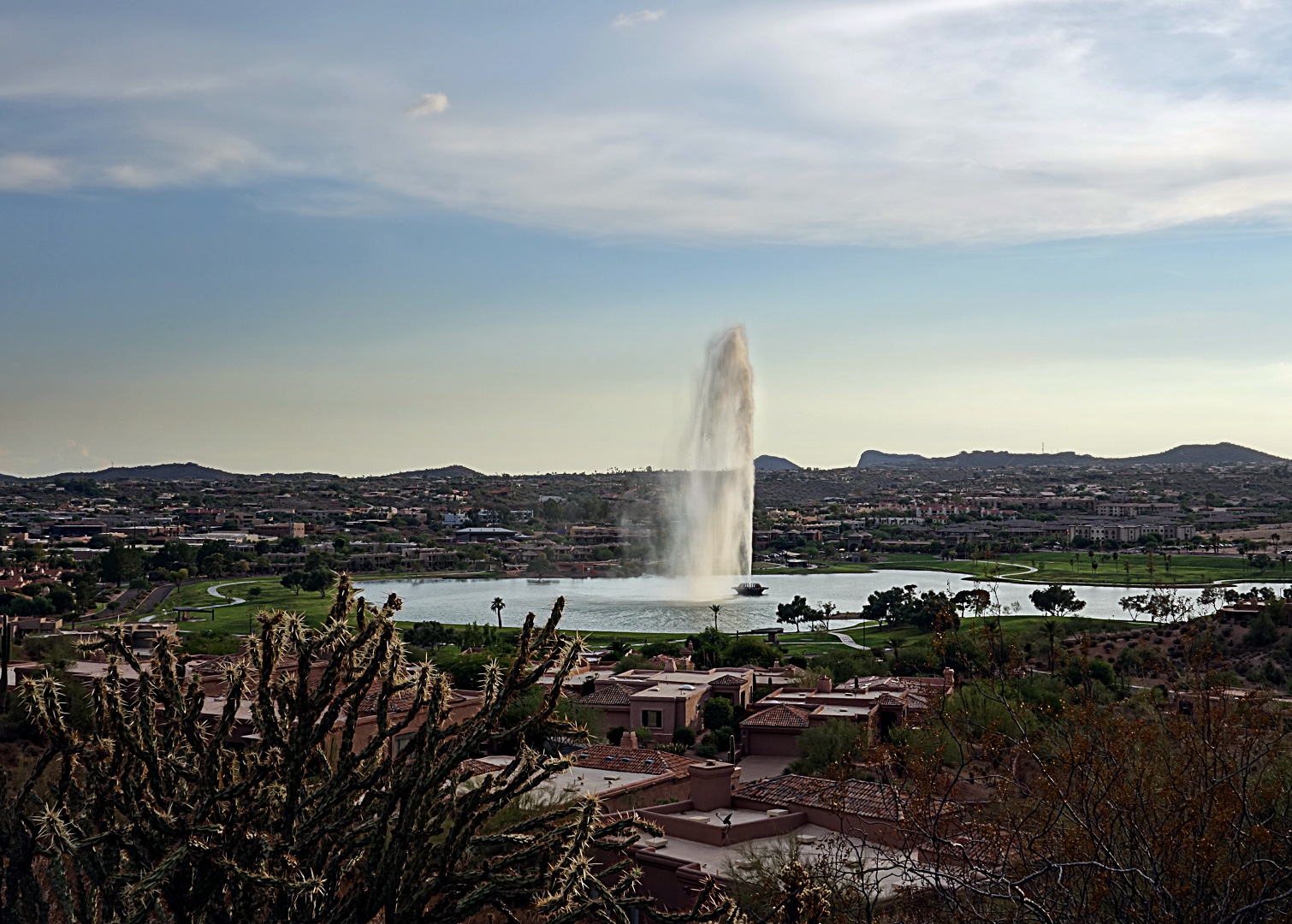 When I got to this cactus, I knew I had found a spot from which I wanted to try to get a photo of the fountain at some point.  The sun was mostly behind the clouds, but was still pretty bright.  My Sony RX100 was in auto-HDR mode for this shot.  The HDR images that it produces are often fairly bland, but they often contain enough detail for what would normally be either overexposed or underexposed areas for me to be able to do something with the image later on.  That was the case here. 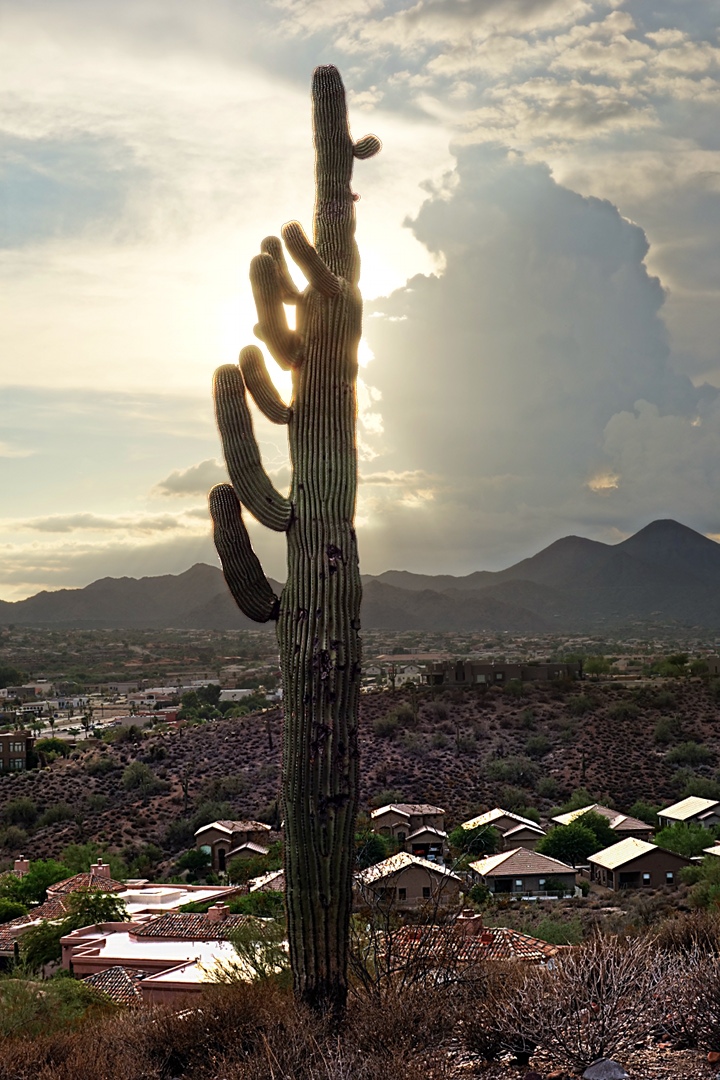 As I walked back down the Overlook Trail, I got this shot where it appears that the sun is trying to split the clouds. 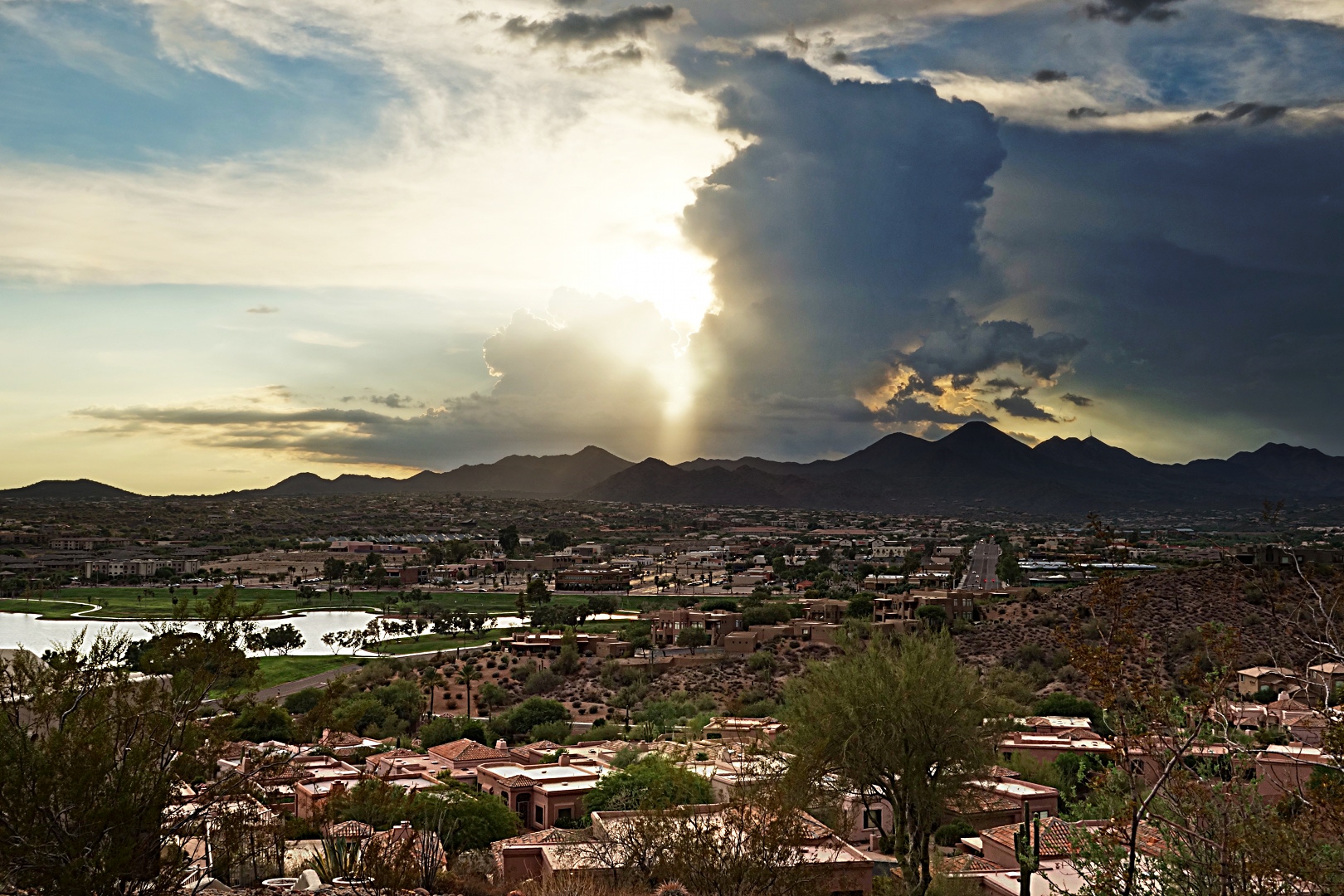 When I got back down to the grassy area near the lake, I found that Marie had found a tree to play on. 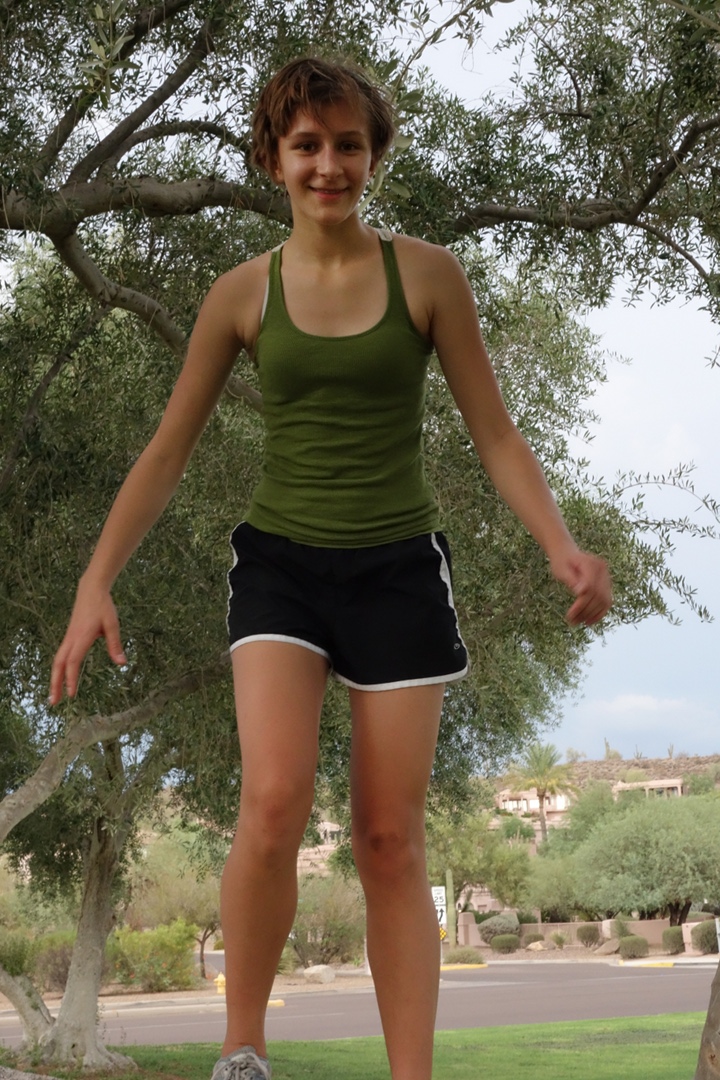 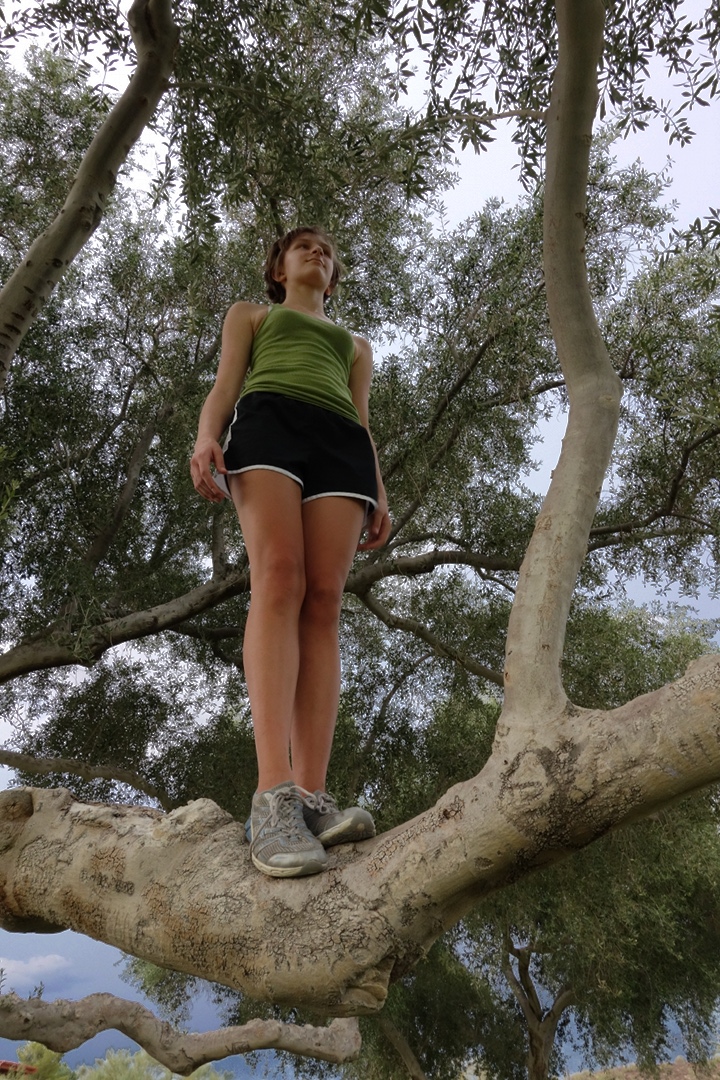 When I was done taking these photos, it was starting to get dark.  We were only about twenty minutes away from the seven o’clock fountain.  The sky still looked cool, so I grabbed my NEX-7 and the tripod and headed back up the Overlook Trail to the spot next to the saguaro that I had identified earlier.  I took a bunch of bracketed exposures of the fountain.  I messed up on the first few sets because I had forgotten to take the camera off of auto-ISO.  Fortunately, I still had some time left, so I set the camera on ISO 100, and was able to take the exposures which formed this photo, below.  I took eleven exposures total, ranging from +5EV to -5EV in one stop steps.  I only ended up using seven of them because I didn’t see anything useful in the top two and bottom two.  I describe more about how I created this image in an earlier post.  (Note: I’ve since re-edited the image and have put a new one here in place of the original.  The original is still available in that earlier post.) 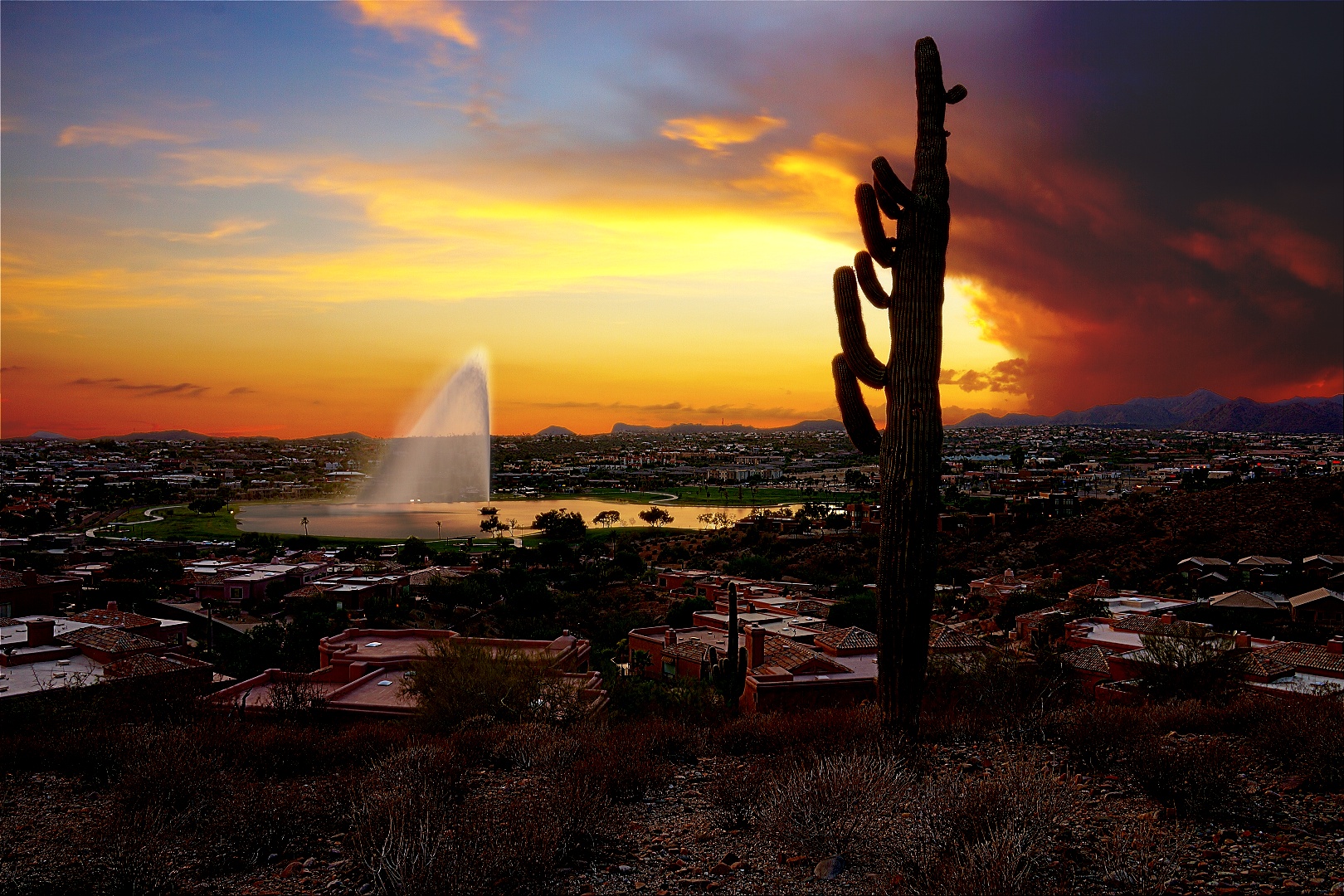 Here’s another HDR shot of the fountain.  This was from one of the sequences shot using auto ISO. 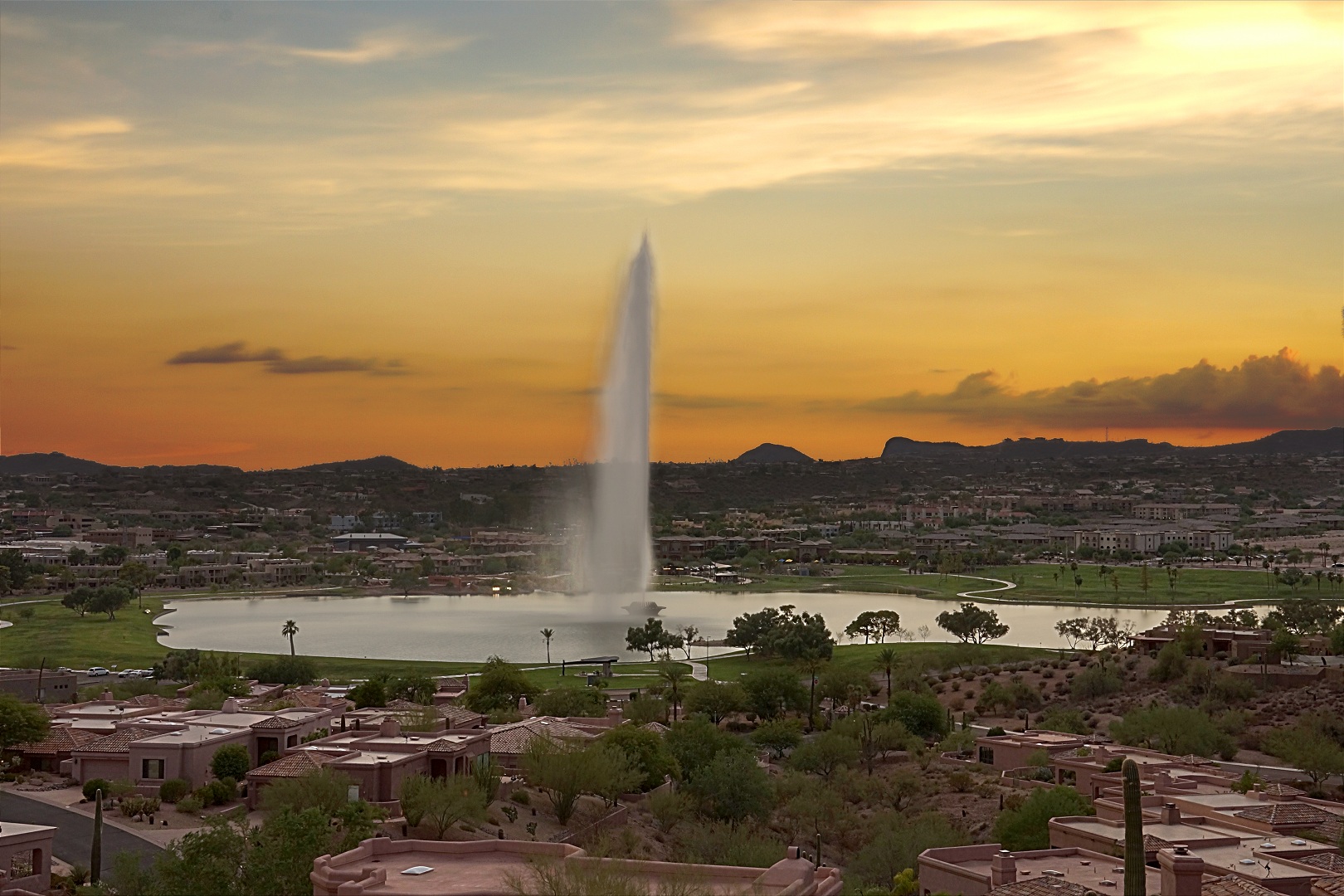 I’m still going through the images that I took that day.  If I find anything else worth showing, I’ll add it to this entry.