One of the clubs appears to be slightly taller than the other, but I don’t notice that when holding them in my hands. 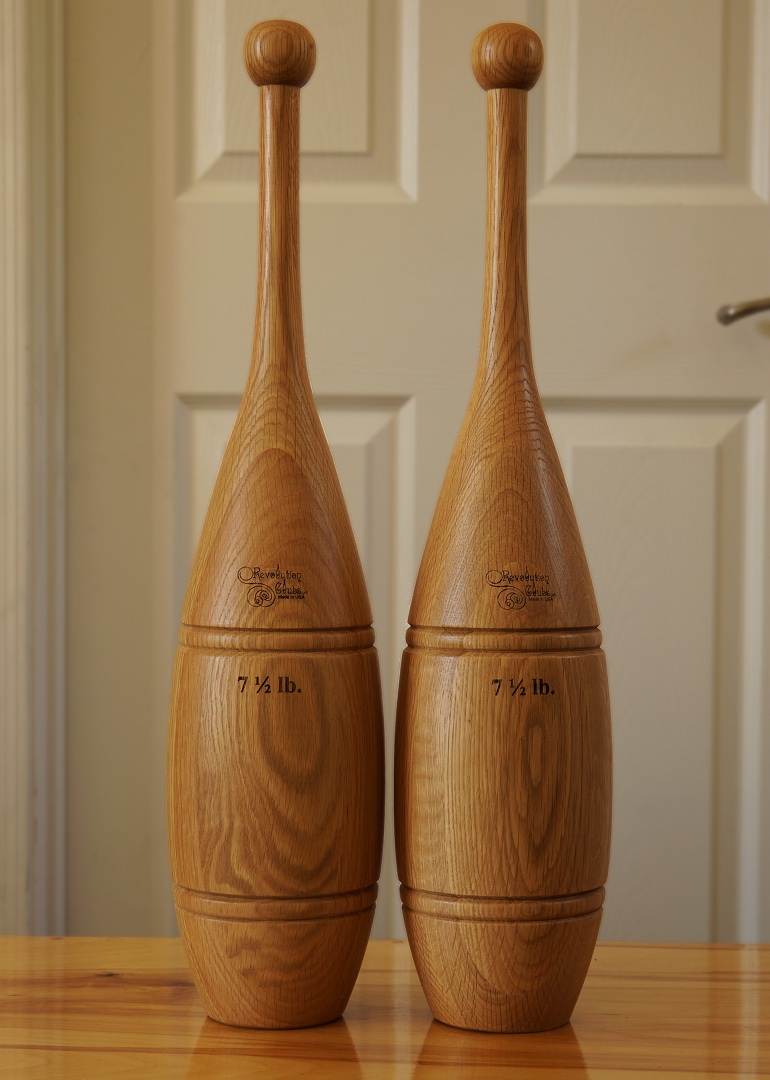 Here is a close-up of the center of one of the clubs.  They’re made in the USA! 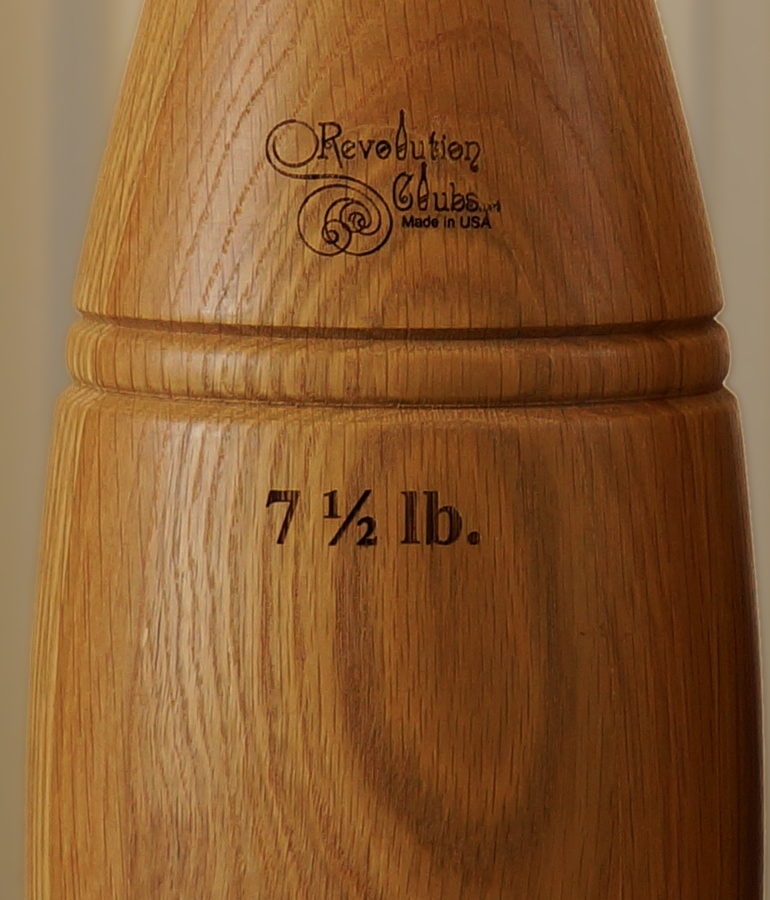 I weighed them and found the weights to be identical, at least to the resolution of my postal scale. I found this surprising because I don’t think any of my other clubs of the same nominal weight actually weigh the same according to my scale. 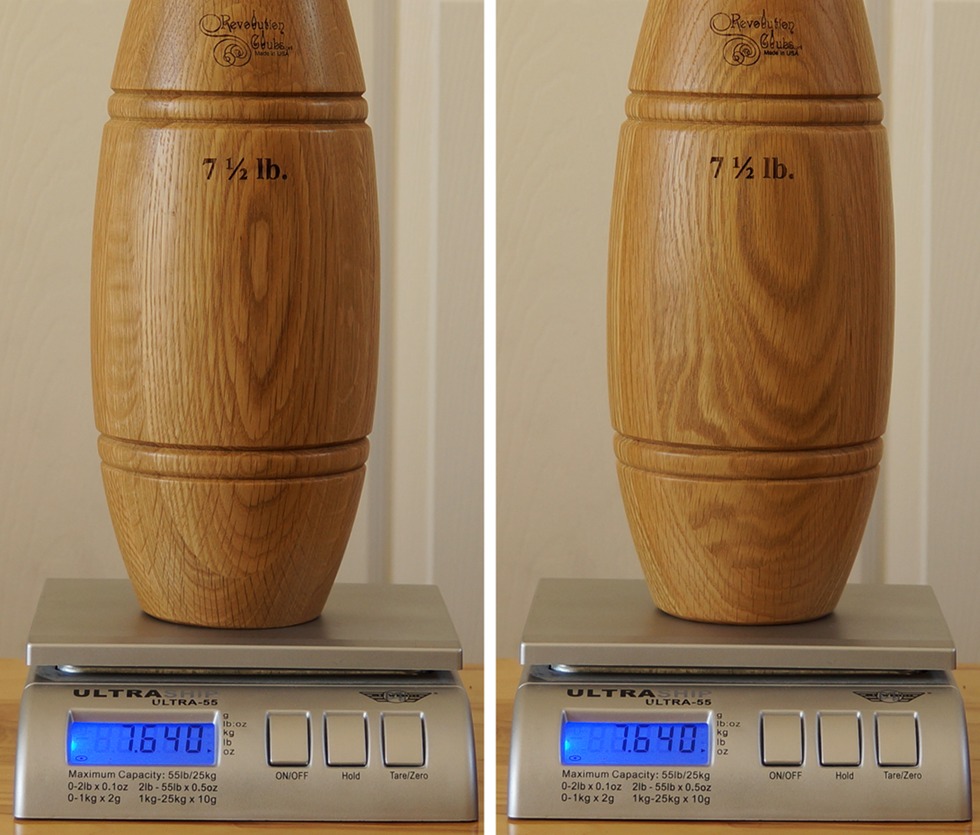 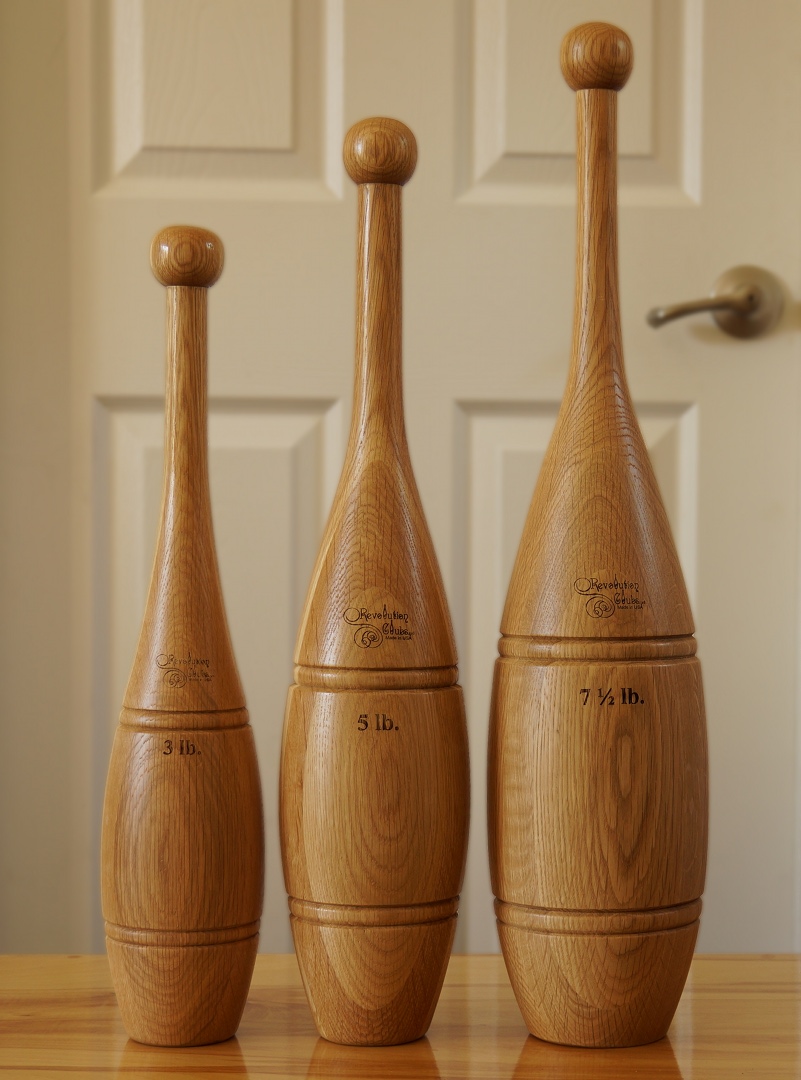 Here are the clubs from Revolution Clubs next to one and two pound Motion Rx clubs and a 20kg (44lb) Lifeline USA kettlebell: 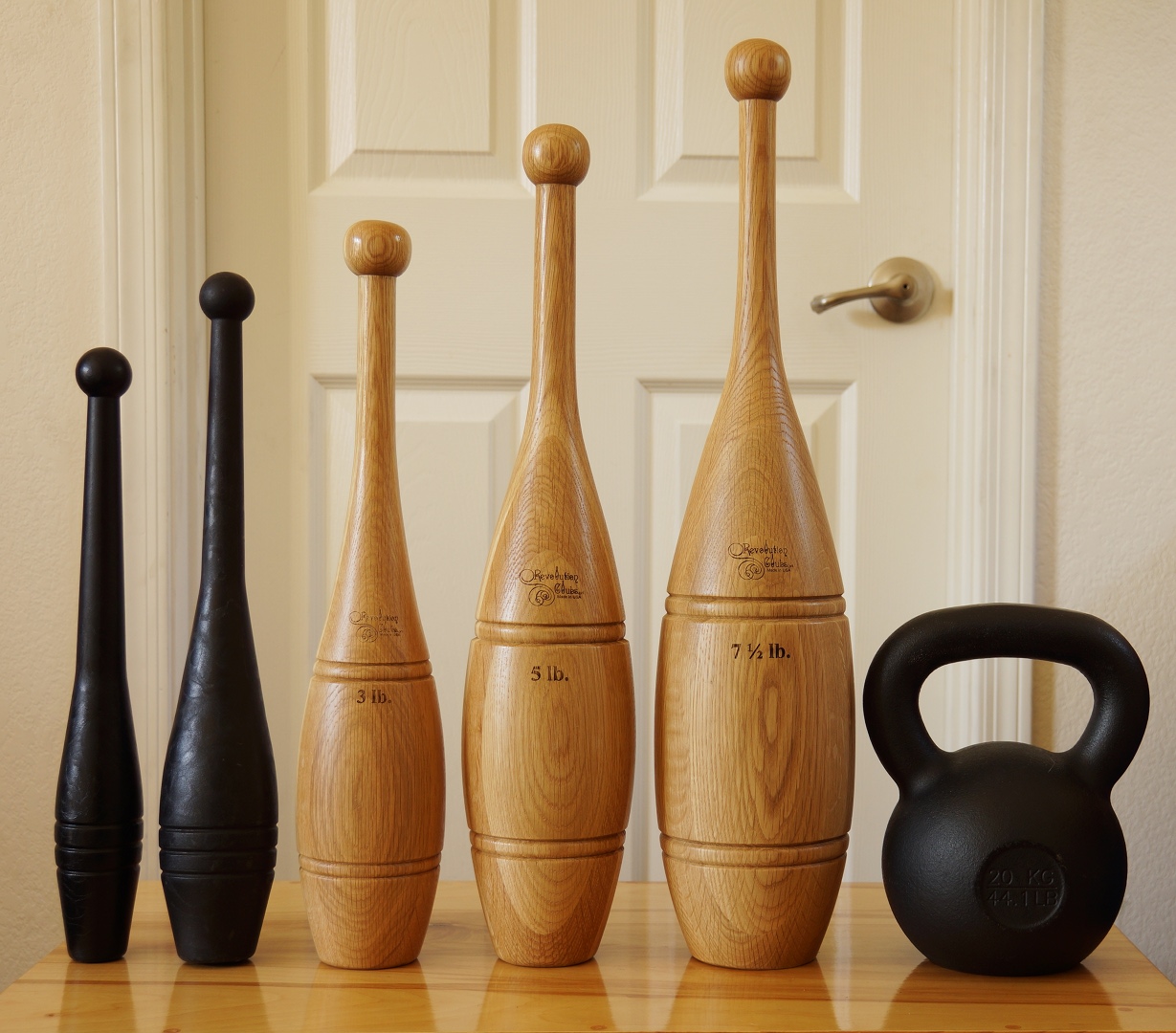 The one pound club is the recommended weight for someone starting out.  And, in all truthfulness, it’s still the club that I use the most as I use it for all of my warm ups even if I’m not doing any additional club swinging that day.  I.e. I start with club swinging when doing a kettlebell workout or some other type of weight training.  It helps warm the shoulder joint and get it ready for other kinds of lifting.

There is a good, but expensive, DVD and book combo by Gray Cook, Brett Jones, and Dr Ed Thomas named Club Swinging Essentials. In this video, they show five movements which they call movements one through five. I have found out from other sources that movement one, when performed with both clubs is a double outward mill. When performed with just one club it’s an outward mill. Movement two is a (double) inward mill. Movement three is called a parallel mill.  Movements four and five are outward and inward alternating mills.

Below is a promotional video for the above DVD.  At the beginning, while Gray Cook is speaking, Brett Jones begins by performing an outward mill and then switches to an inward mill.

Here is a cool video from the Teutonic Lifting Club.  In it, Andreas Schmidt demonstrates a number of mill variations in addition to some other movements too in one fluid routine.  He discusses club swinging at the end but, unfortunately, I don’t understand German.  There are English subtitles for some of it though.