Below is another HDR photo, though I’m not entirely happy with it.  It was taken from part way down Golden Eagle Blvd at a place that overlooks a good portion of the town.

I spent a long time playing with various tone mapping operators, but in the end chose Mantuik ’08 again, this time with a Color Saturation of 1.00, Contrast Enhancement of 1.51, Pre-Gamma of 1.3, and (post) Gamma of about 0.5.  (I forgot to record the precise value of the final brightness adjustment.)  In GIMP, I despeckled the road, ran unsharp mask on the entire image with a radius of 5, amount of 1.00, and threshold of 0.  I decreased the brightness of the sky using Curves and adjusted the contrast of the highway too using Curves.  I thought it would be cool to darken the road surface, but enhance the colors of the stripes.  (I’m recording what I’ve done here more for my benefit than anyone elses.)

While playing around with the various tone mapping parameters, I found that sometimes small changes in one parameter can lead to large changes in the resulting image.  I was able to get some reasonable looking results from Fattal, but it did not show much glow in the sky.  It looked just weird with a dearth of stars for no apparent reason.  The other thing about Fattal is that histogram usually has one big bump in it.  I find it difficult to do any further editing using Curves on such images.

Most of the tone mapping results contained  bright speckles on the road and other areas in the immediate foreground.  These are not evident or at least not obvious in the original exposures and I’m at a loss to explain them.  I was able to remove them by running GIMP’s despeckle filter with the Recursive box checked.  If I don’t allow it to run recursively, it removed some speckles, but seemed to add new ones for some reason.  I had to constrain the region in which I used the despeckle filter too as I found that it removed some of the lights and stars when running it on the entire image.

The glow in the sky is not due to a sunset, but rather the lights of Scottsdale.  The bright red house in the foreground really was that color, but only for one exposure.  I’m not sure why it’s a bright red in just that one exposure.  In the subsequent exposure, the house is no longer red, but it looks like the garage door has opened and green light is spilling out.  In all later exposures, the house is dark.

I’m note sure what HDR got me in this instance as I think I might’ve been able to obtain similar results by just using the brightest exposure.  I did some tone mapping operations where the lights were considerably more muted, but I ended up not using any of those results. 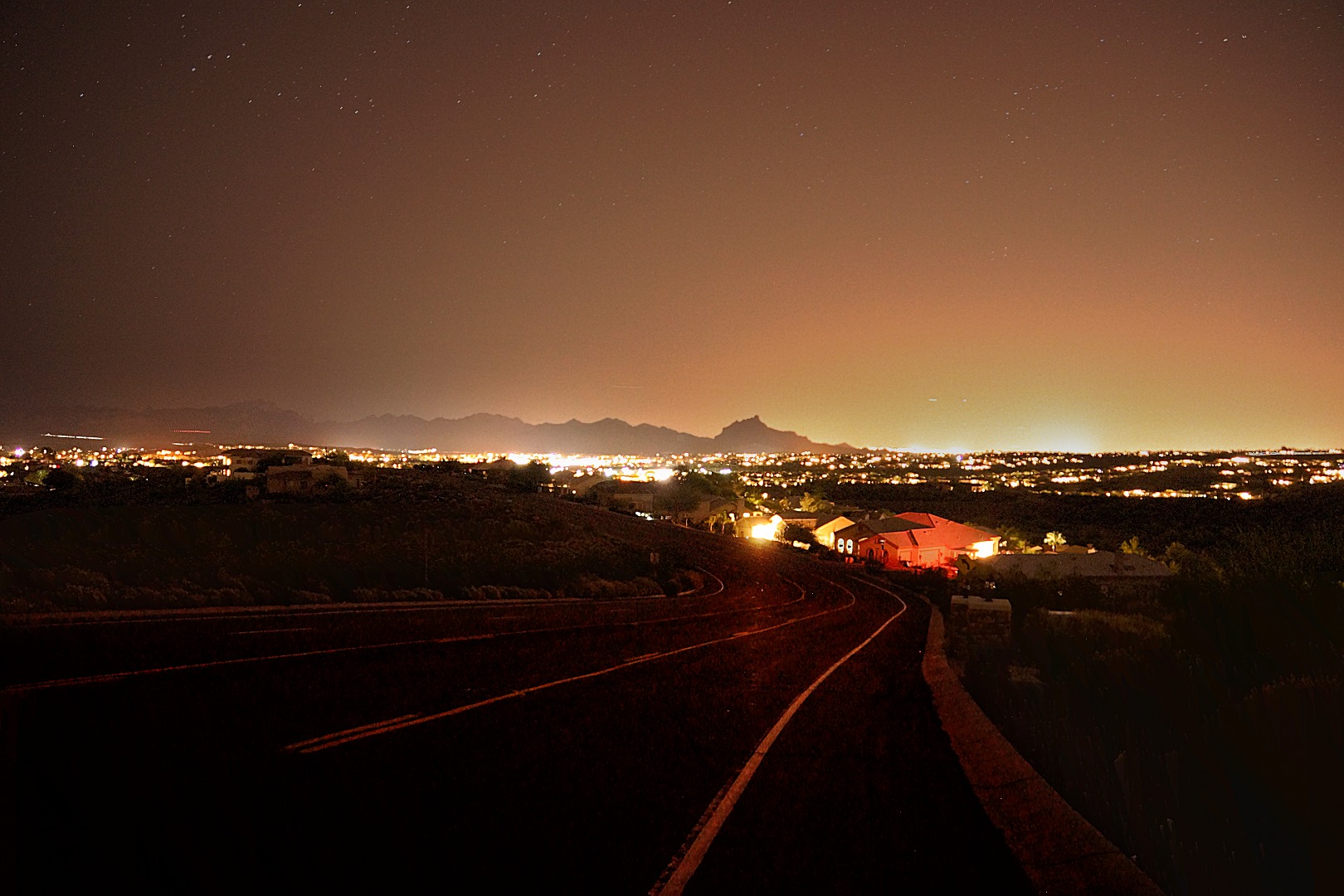