We got rain late in the day on Wednesday, preceded by a dust storm.   We were surprised to see a rather sizable rainbow amidst the dust.  This is a view from our balcony in the same direction that we’d normally look to see Four Peaks. 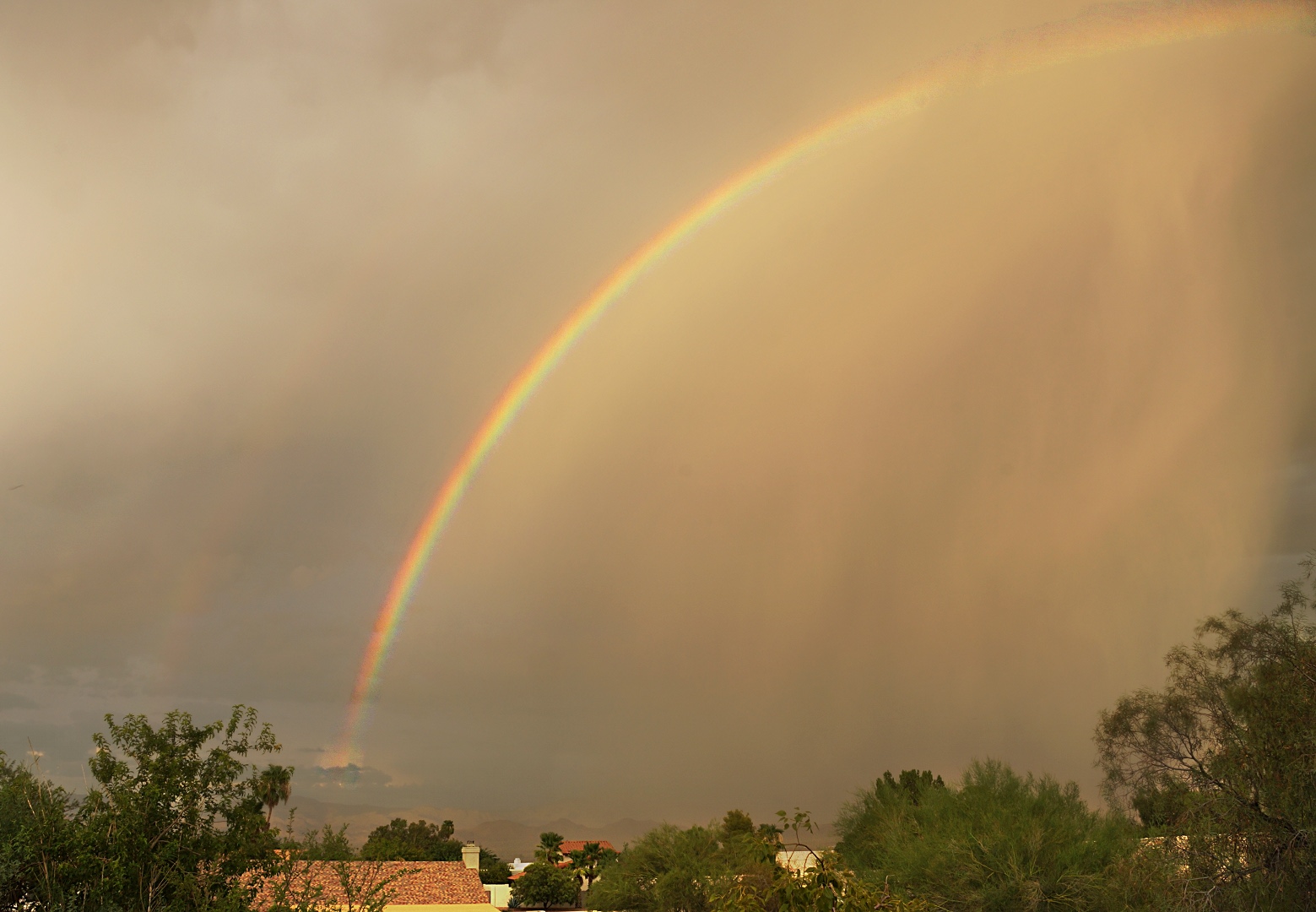 I showed the above picture to Marie and she was very disappointed because she had seen a work in progress where the dust storm looked more like a firestorm.  I had been trying to find a way to sharpen the rainbow at the time and wasn’t paying much attention to what was going on elsewhere as I knew I could mask it out so long as I was able to achieve the effect with the rainbow that I was looking for.  Here’s a “firestorm” version just for Marie. 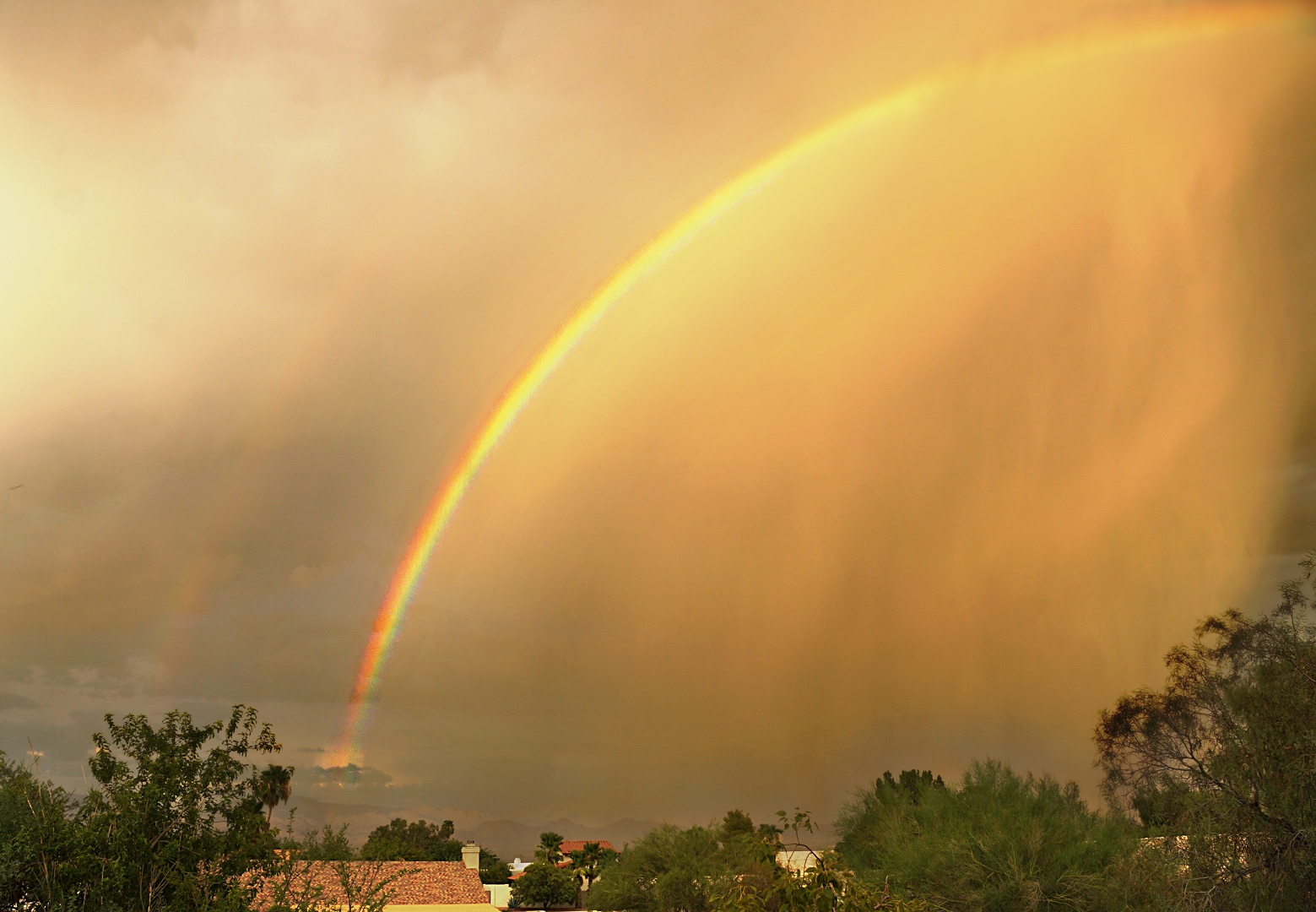