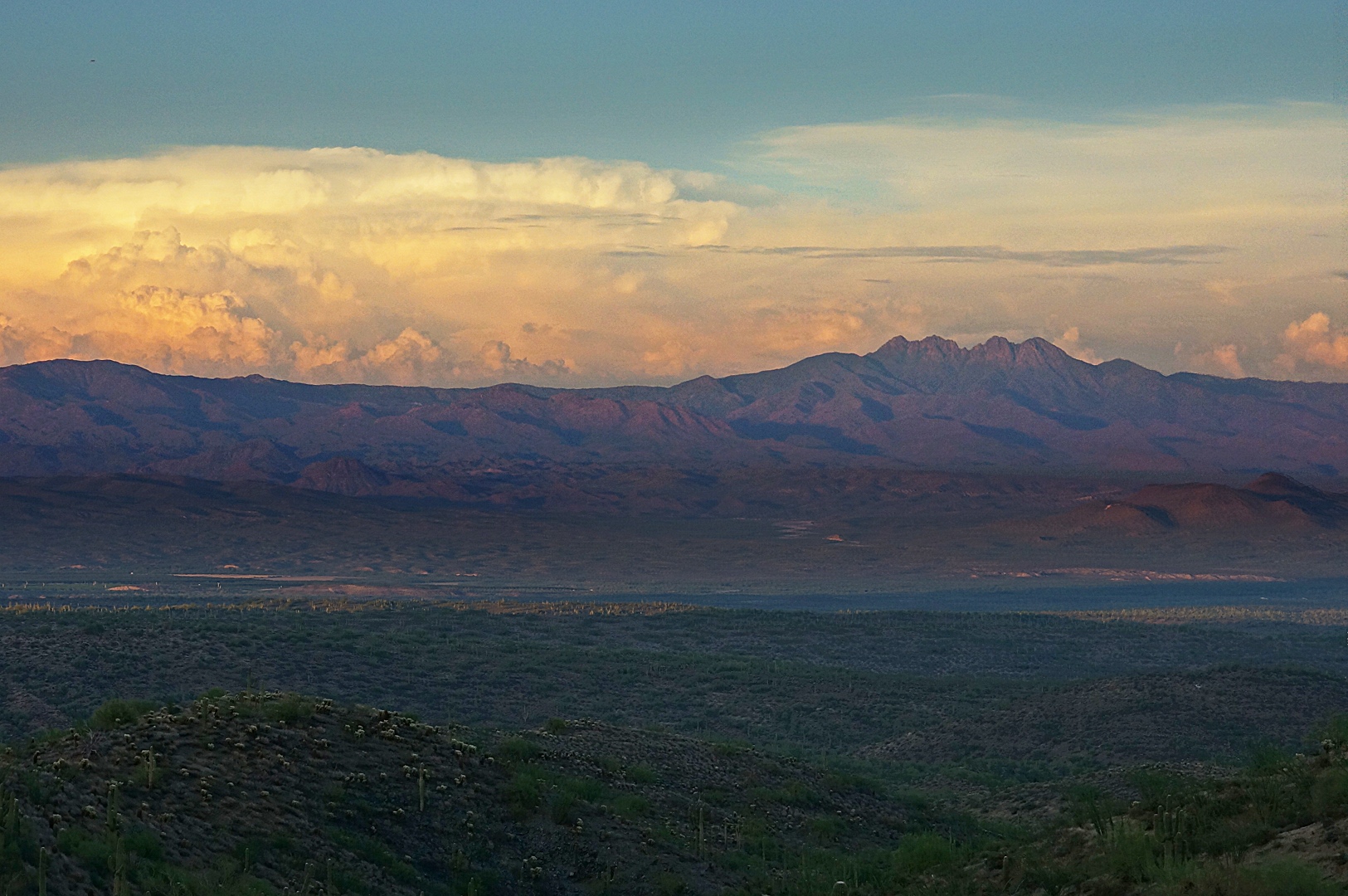 I hiked the Dixie Mine and the Sonoran Trail late in the day yesterday.  The temperature was a comfortable 104 degrees, but for some reason, mine was the only car in the parking lot.

There is a crested saguaro at the trailhead.  This is what it looked like on my way out: 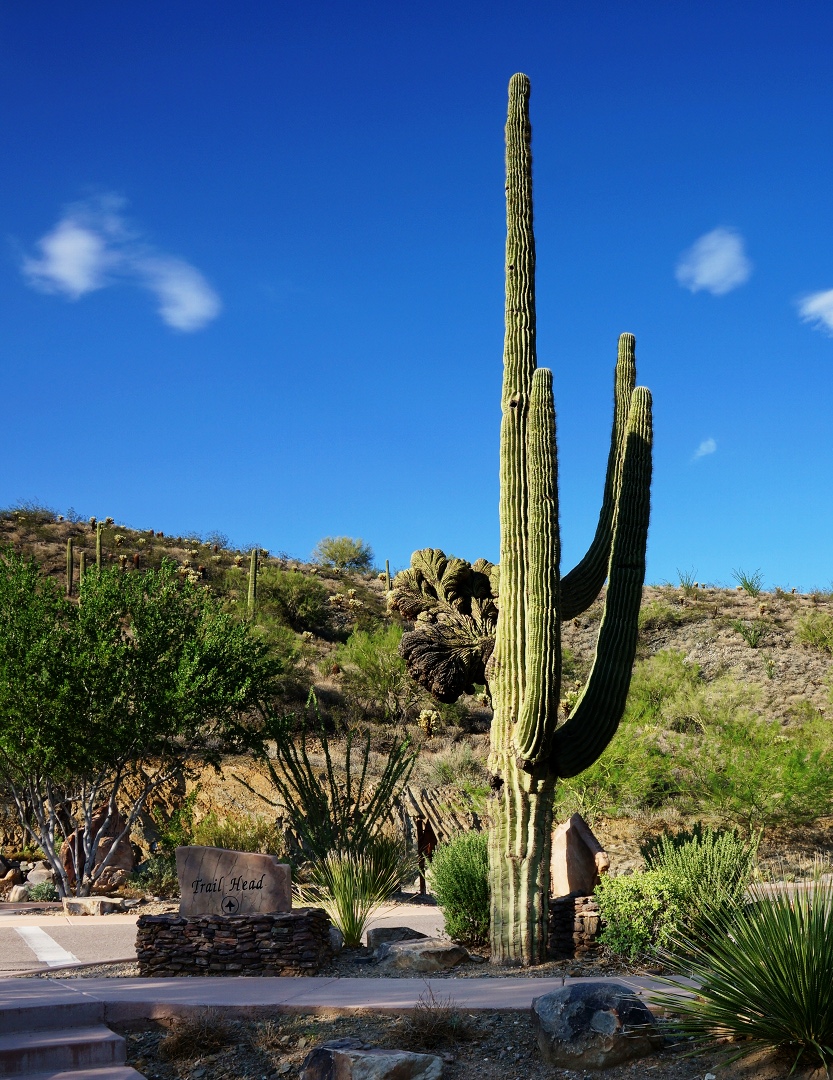 I saw this cactus on my way out while hiking the Dixie Mine Trail.  I think it is a type of hedgehog cactus. 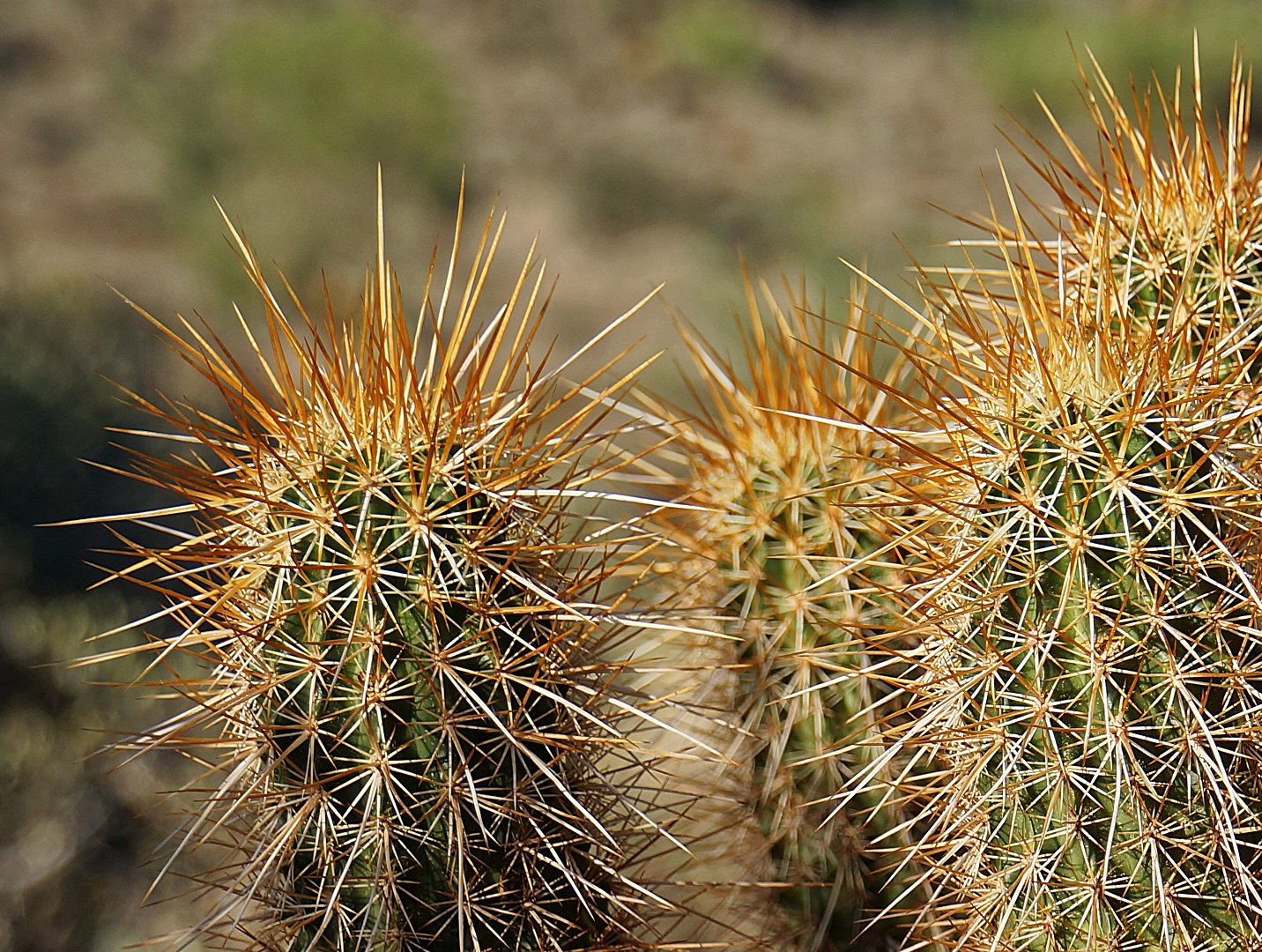 I got to the boundary between the park and the preserve just as the sun was setting.  Here’s a photo of Four Peaks off in the distance.

Here’s another view of Four Peaks, with a field of Teddy Bear Cholla in the foreground. 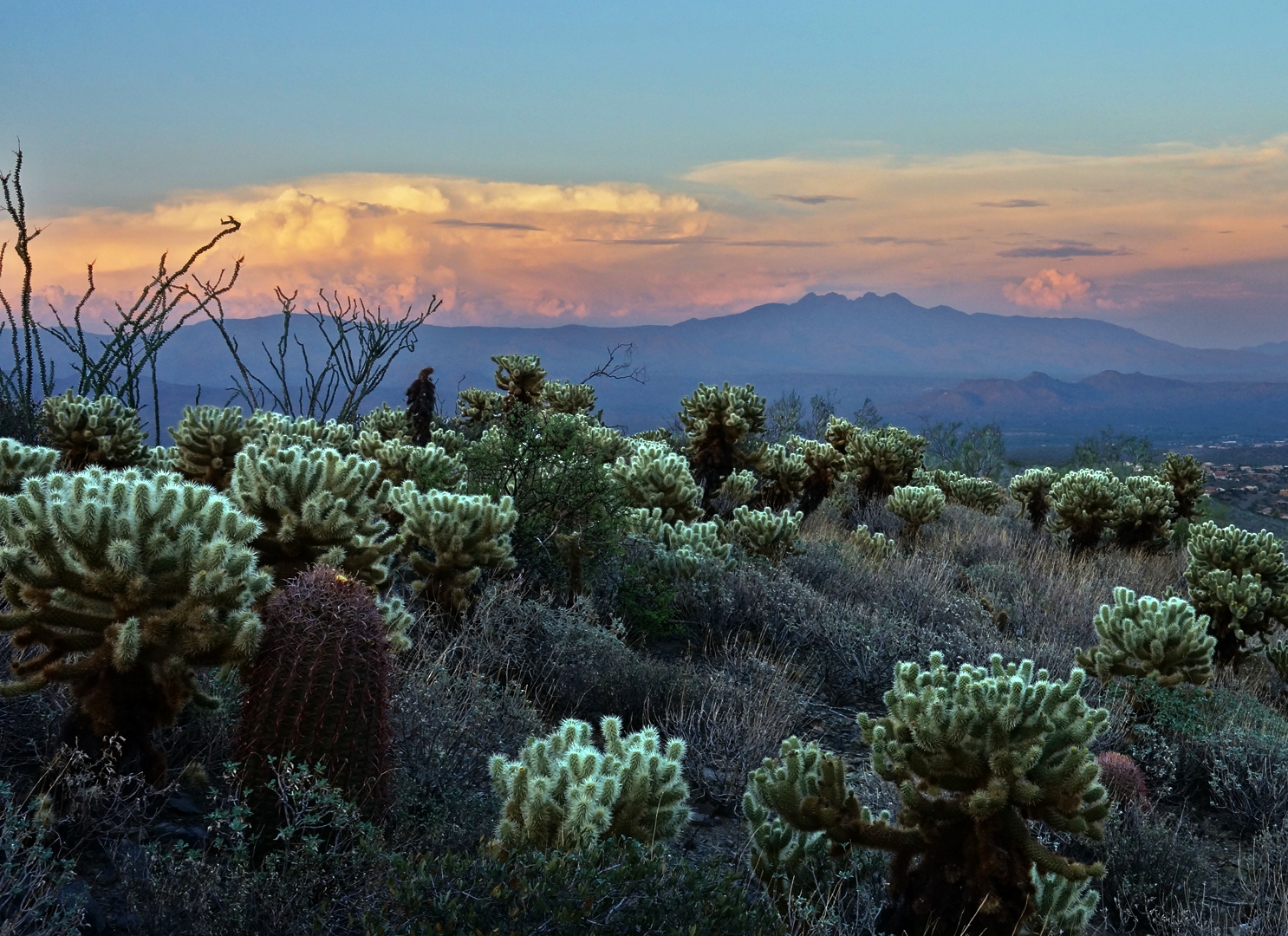 Even though it was dark, I continued to take photos on the way back.  I kept the ISO at 400 or less, so some long exposure times were needed and not all of them worked out so well due to the fact that I was hand holding the camera.  This one, however, looks okay. 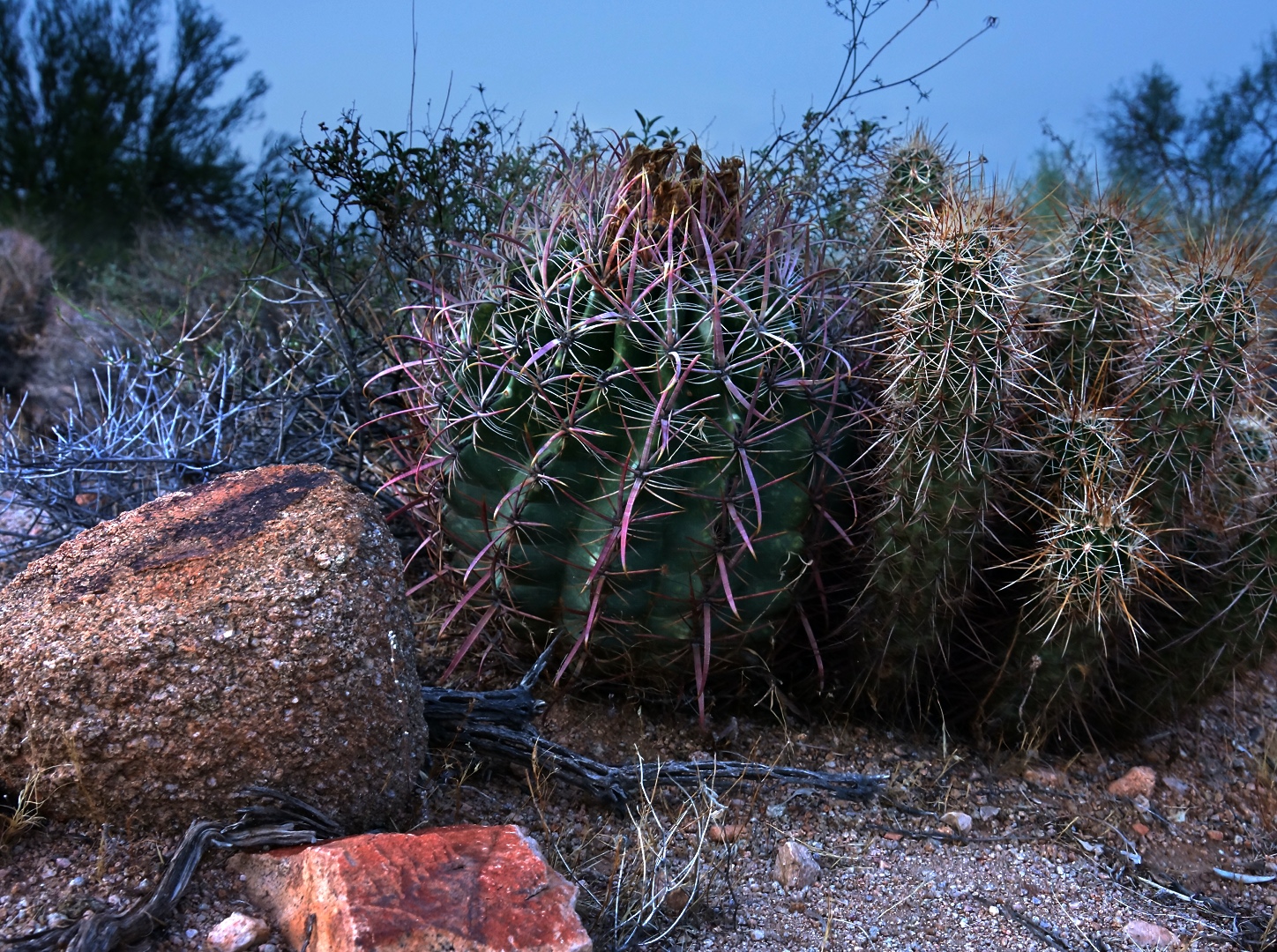 I took another photo of the crested saguaro when I got back to the trailhead.  The EXIF info says that this was shot at ISO 800, f/3.5 with an exposure bias of -1.3 for half a second.  I had it in auto-HDR mode, however, and one of the exposures took a lot longer, perhaps several seconds.  I’m not sure that exposure was used however since one of the Sony Specific EXIF tags indicates that an error occurred during processing.  I probably moved the camera too much for that one exposure.

I sharpened this photo in GIMP using a grain extract / merge with a Gaussian blur radius of 25 pixels on the extract layer.  I merged those layers together and then duplicated it and used screen mode to combine the layers. 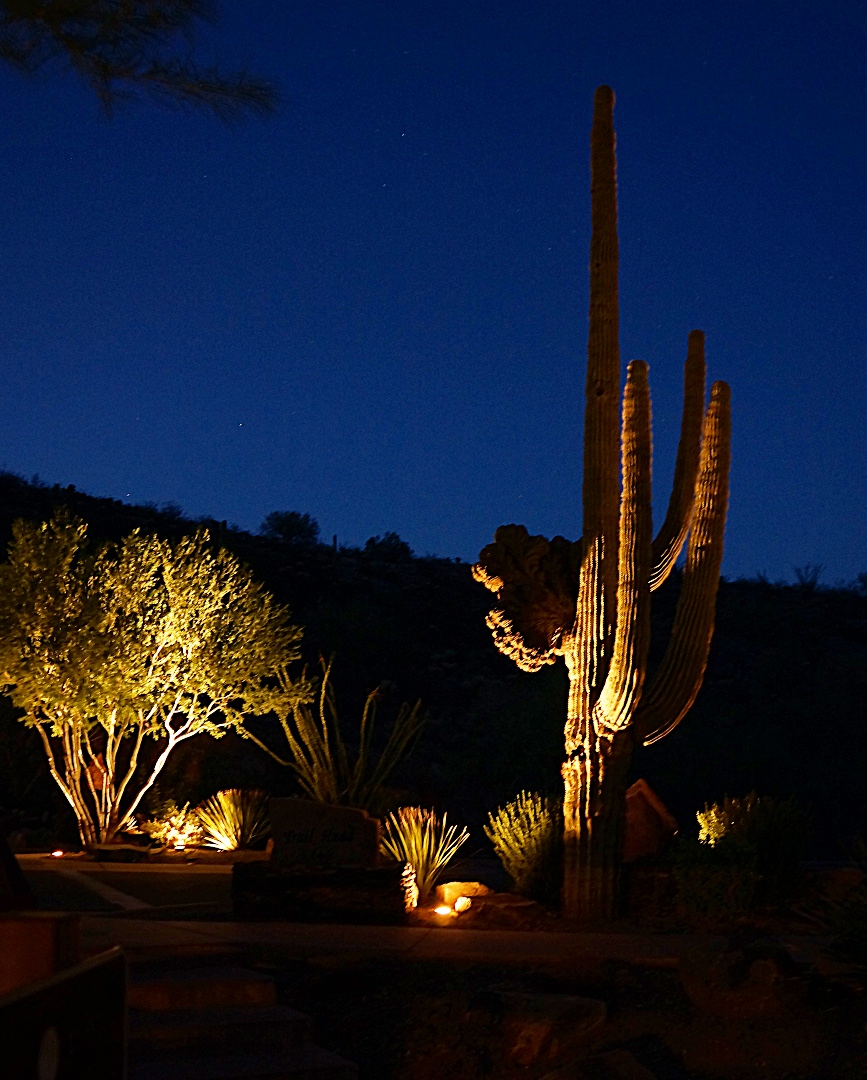