There were five of us today for the Friday Fitness Hike, me, Marilyn, Bob, Janet, and Pat.  Bob did indeed get a new bird, but he says it’s loud and that he needed the solace of a hike for some peace and quiet – or something to that effect anyway.  Bob brought his friend Pat along this time.  Pat says he’ll be joining us next week too.

We had some nice cloud cover today which kept the hike somewhat cool for this time of year.  The clouds also made for some nice photos…

Bob, as he often does, spotted a good photo opportunity.  The sun was hiding behind some clouds showing some interesting rays of light.  We’re in Stoneman Wash here.  You can see Four Peaks off in the distance. 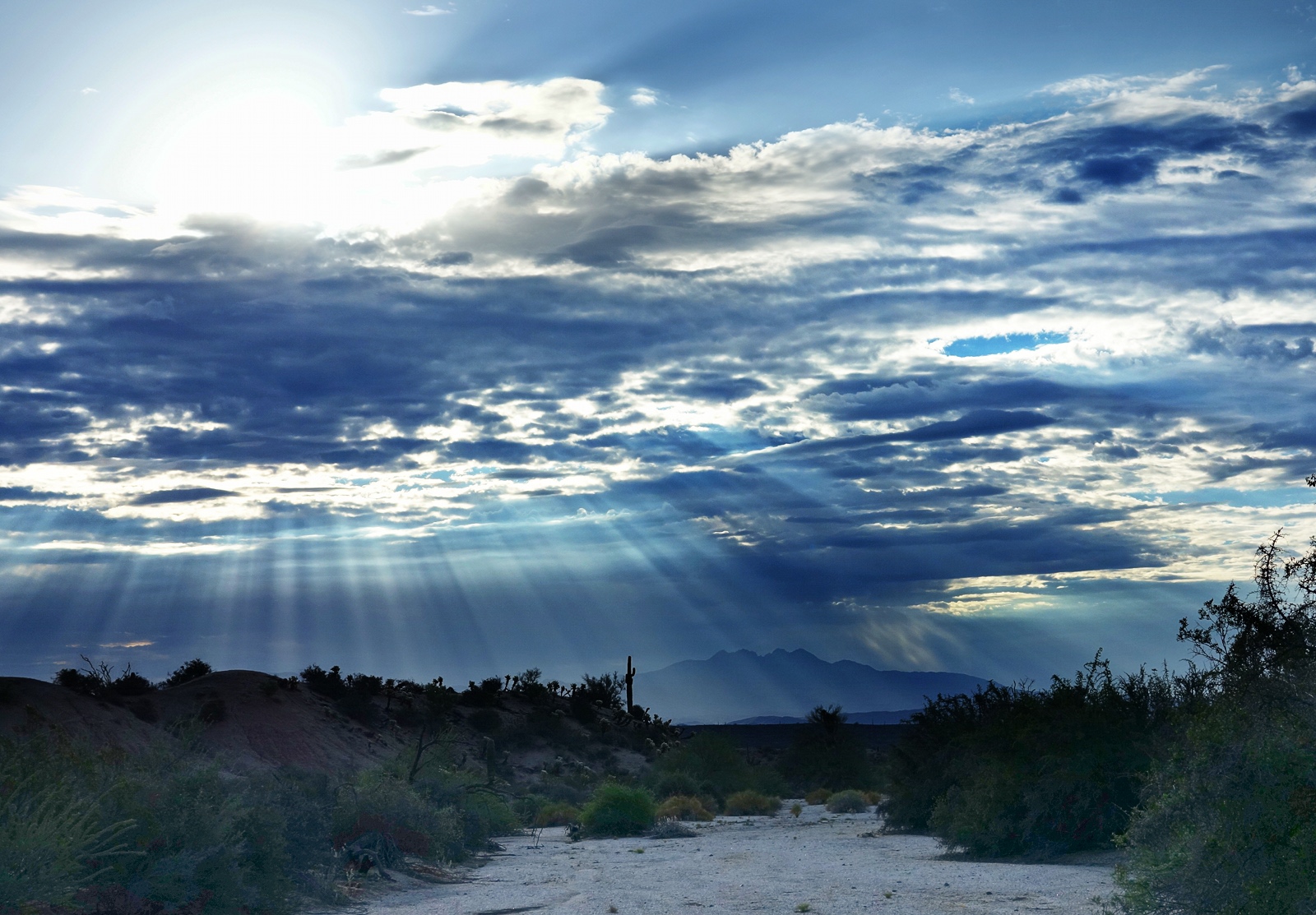 Another view of Stoneman Wash with the rest of the group hiking on ahead of me.  I had fallen behind while taking some photos. 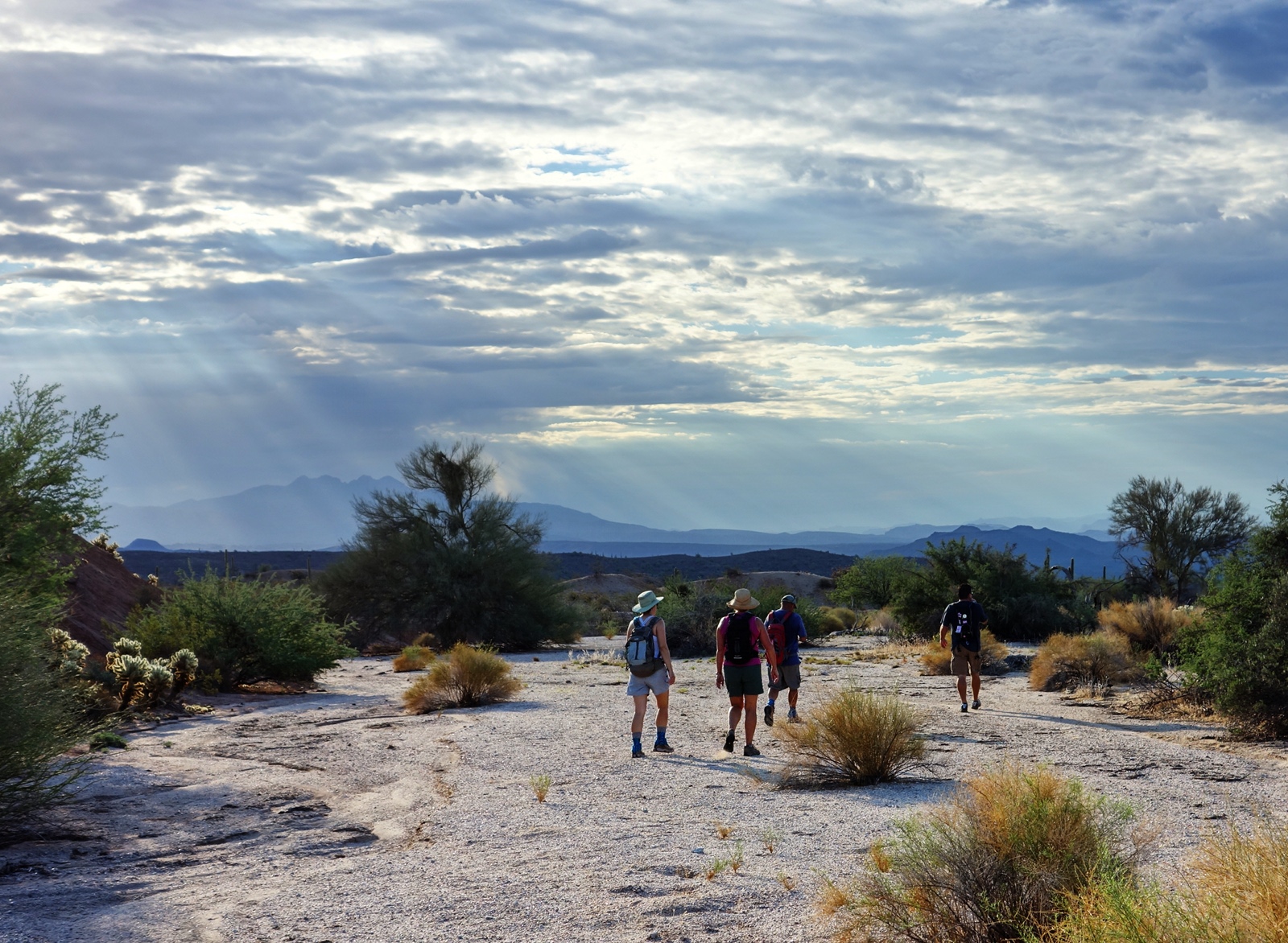 There’s the shell of an abandoned car from the late fifties or early sixties in the wash, but sometimes you have to look around to find it.  We found it easily today as I had a waypoint set for it on my GPS.  It’s amazing that the chrome is still very shiny after all of these years.  Sue looked at this photo and told me that she thinks it’s a Chevy. 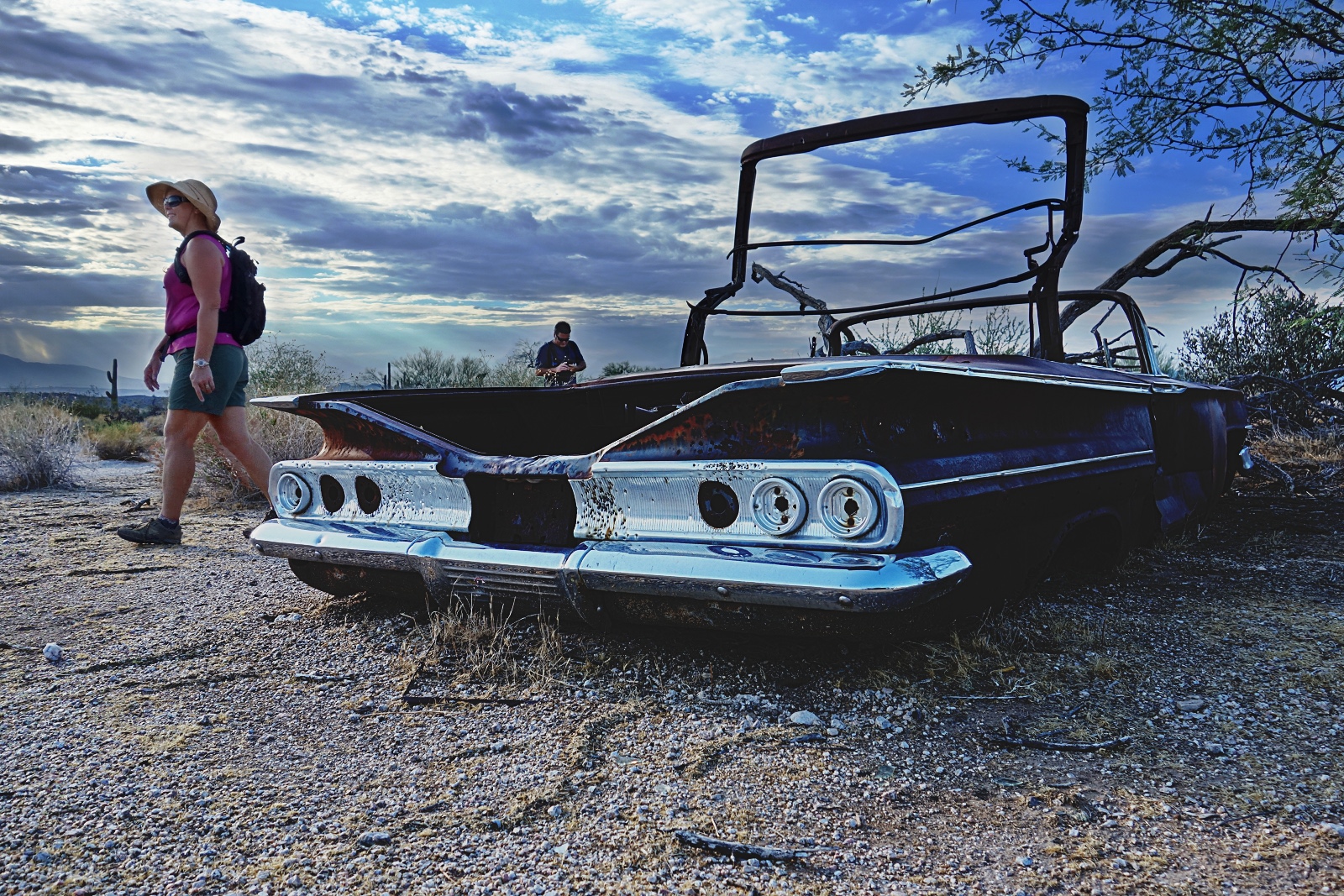 Another photo of Janet near the car. 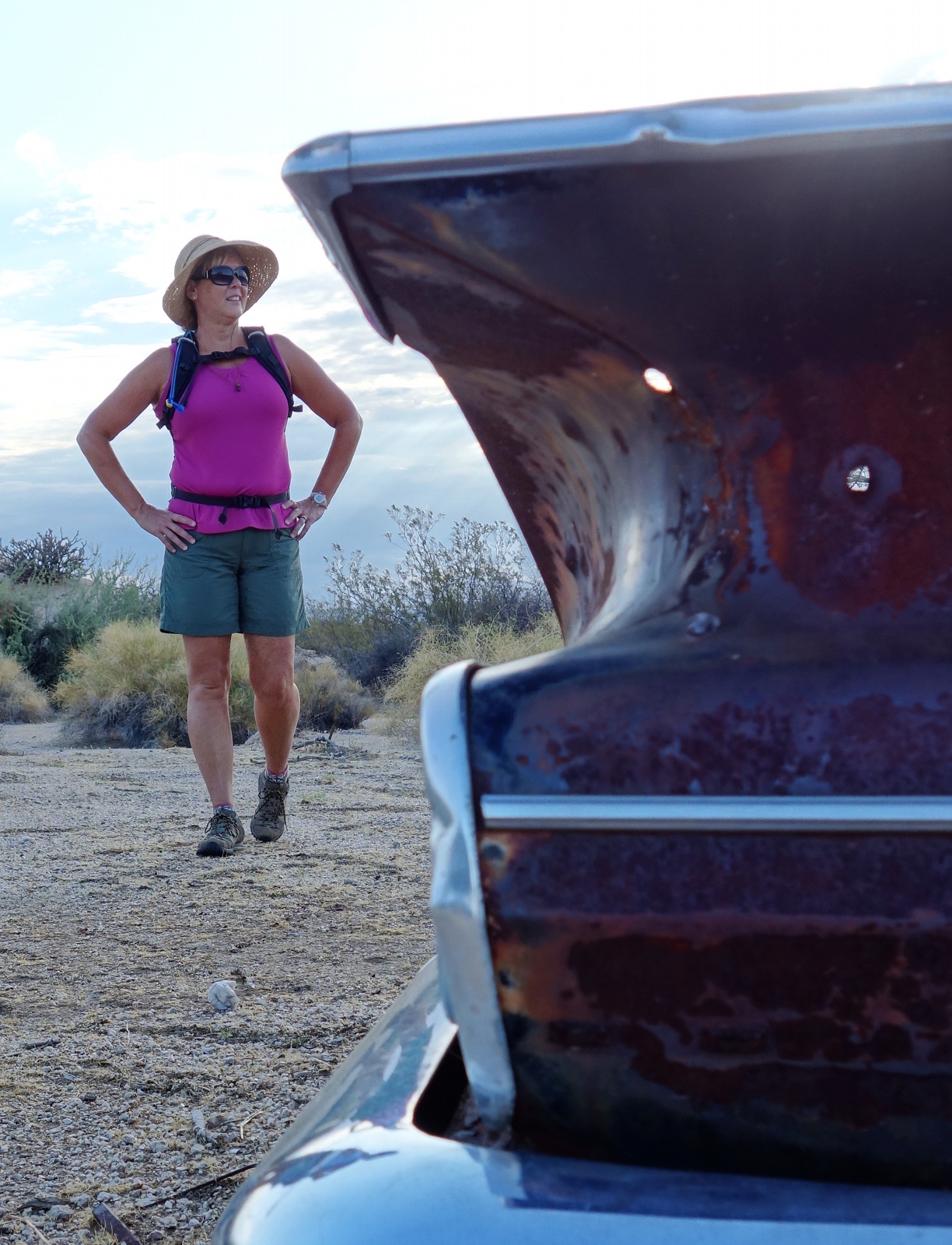 Bob and Janet examining the car.  They made them really big back in the day.  It looked to be as long and as wide as one of today’s full size vans. 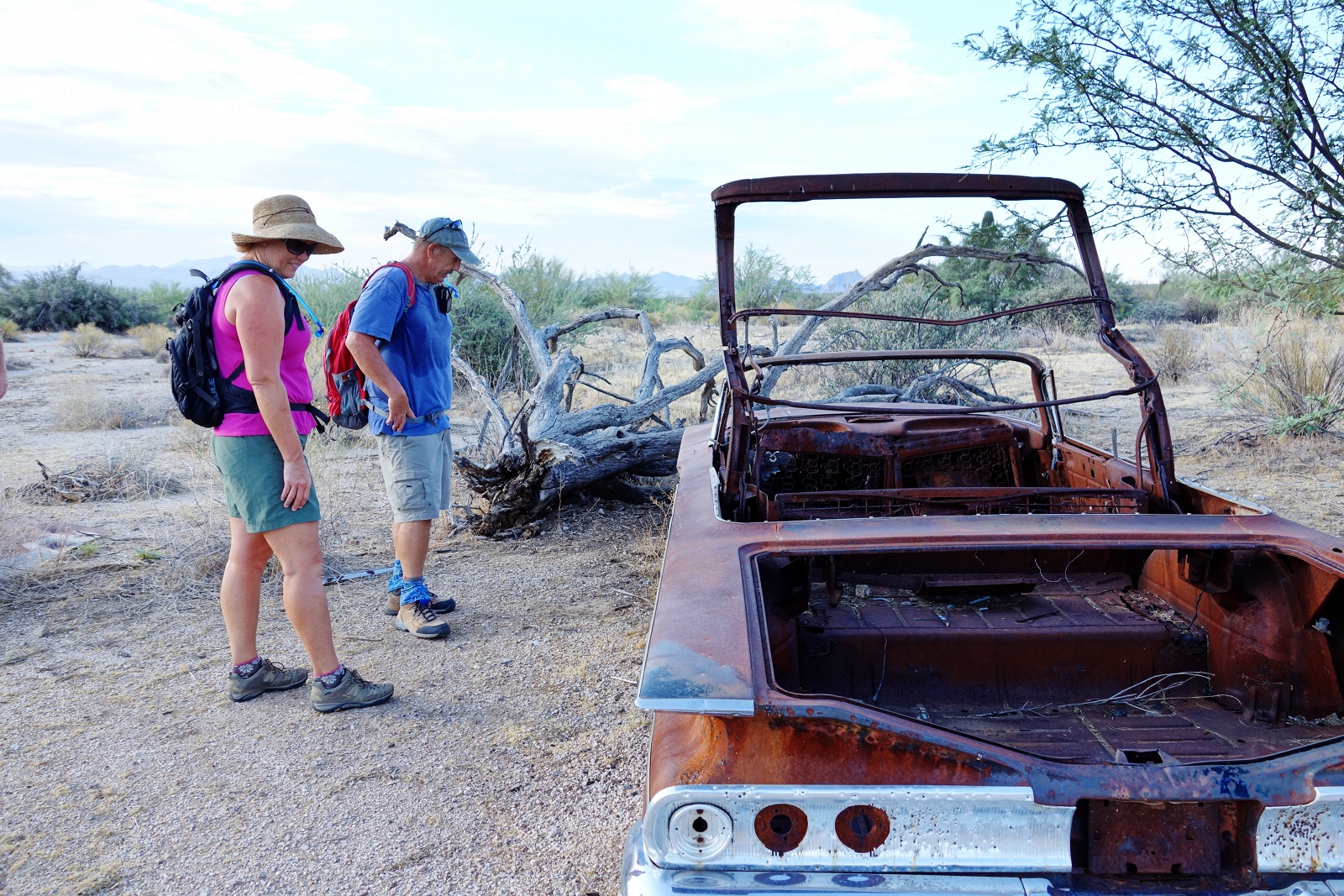 Nearing the end of Stoneman Wash: 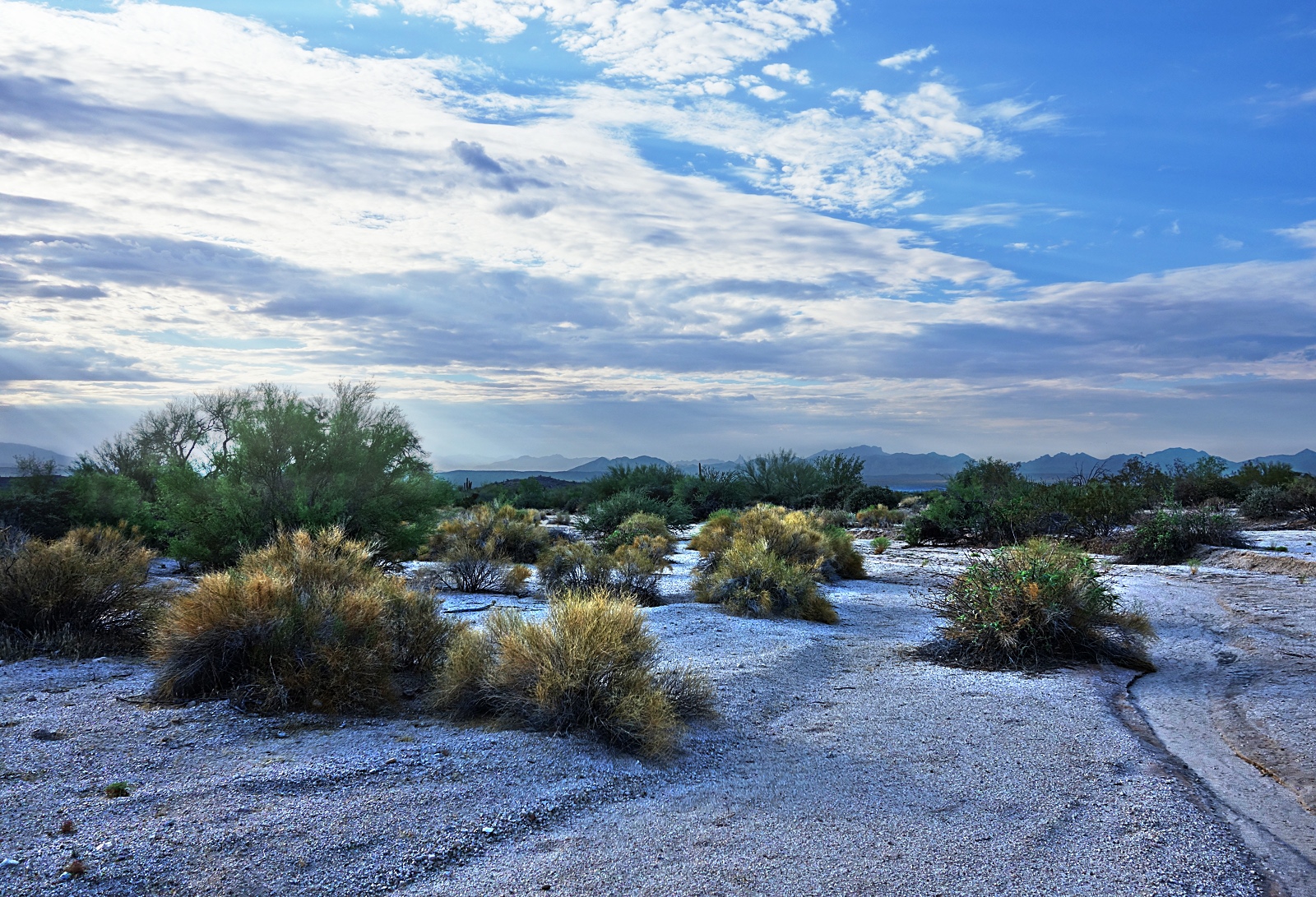 A view from the Pemberton Trail: 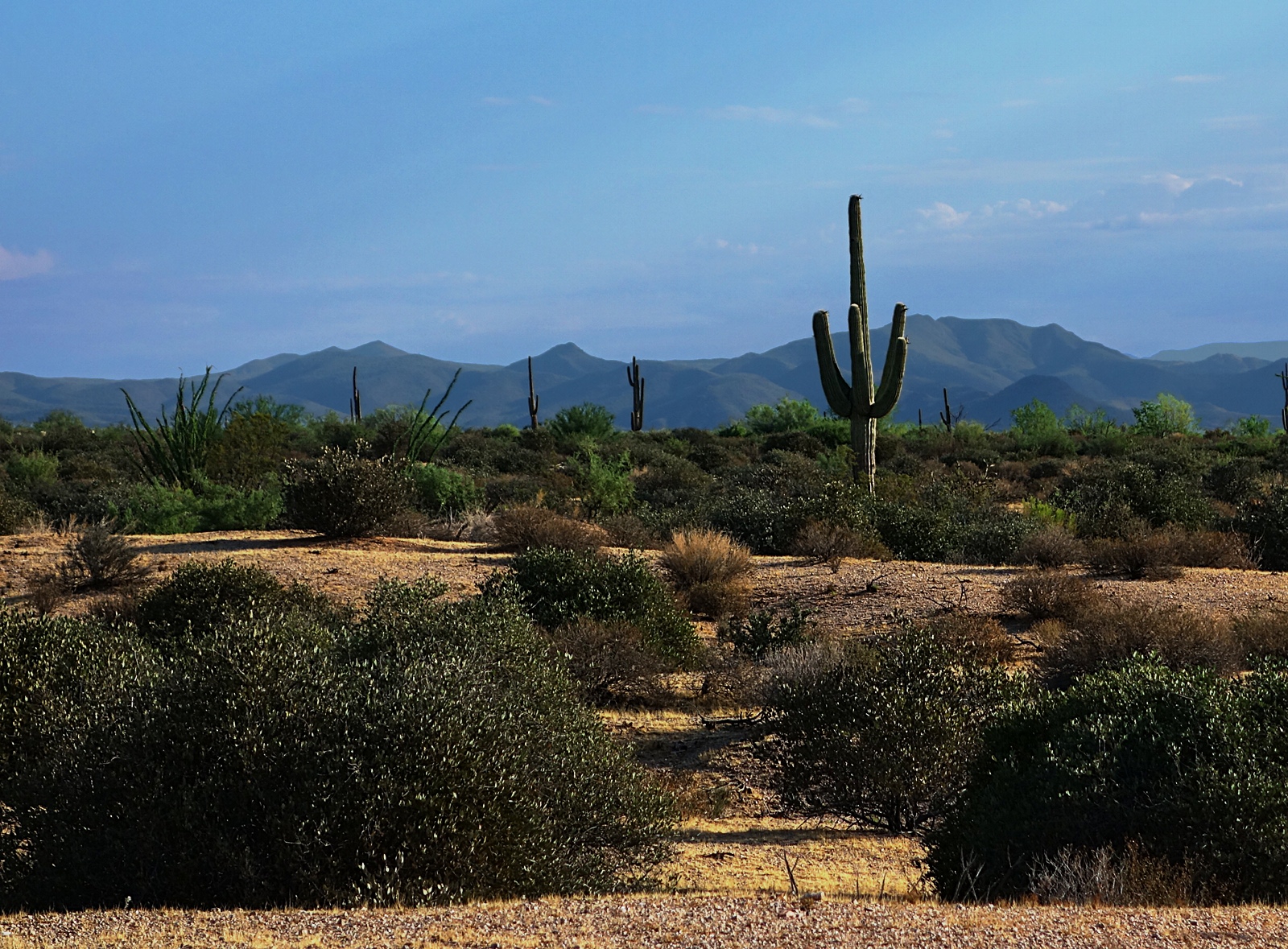 The photo below is a late addition.  I had worked on this one, but was not sure how well I liked it.  I took another look at it today and decided that it’s not too bad.  There was some bad lens flare off to the right in the photo.  I spent some time using the clone tool and the healing tool, trying to touch it up, but in the end I just cropped it away.  I think there are still a few lens flare spots in this photo that I did touch up, but I can’t tell where they are anymore.

The major problem with shooting into the sun without using some sort of filter (e.g. a graduated ND filter) is that the sun ends up blowing almost everything else out.  For this photo, I had clouds obscuring the sun, but the sun is very bright and that area is still blown out.  The foreground was very dark.  I took this shot using the RX100’s auto HDR mode, but the foreground was still very dark.  It took a bit of work to lighten it up – it doesn’t look great, but it’s acceptable.  (I had this same problem with the first photo posted for this entry too.) 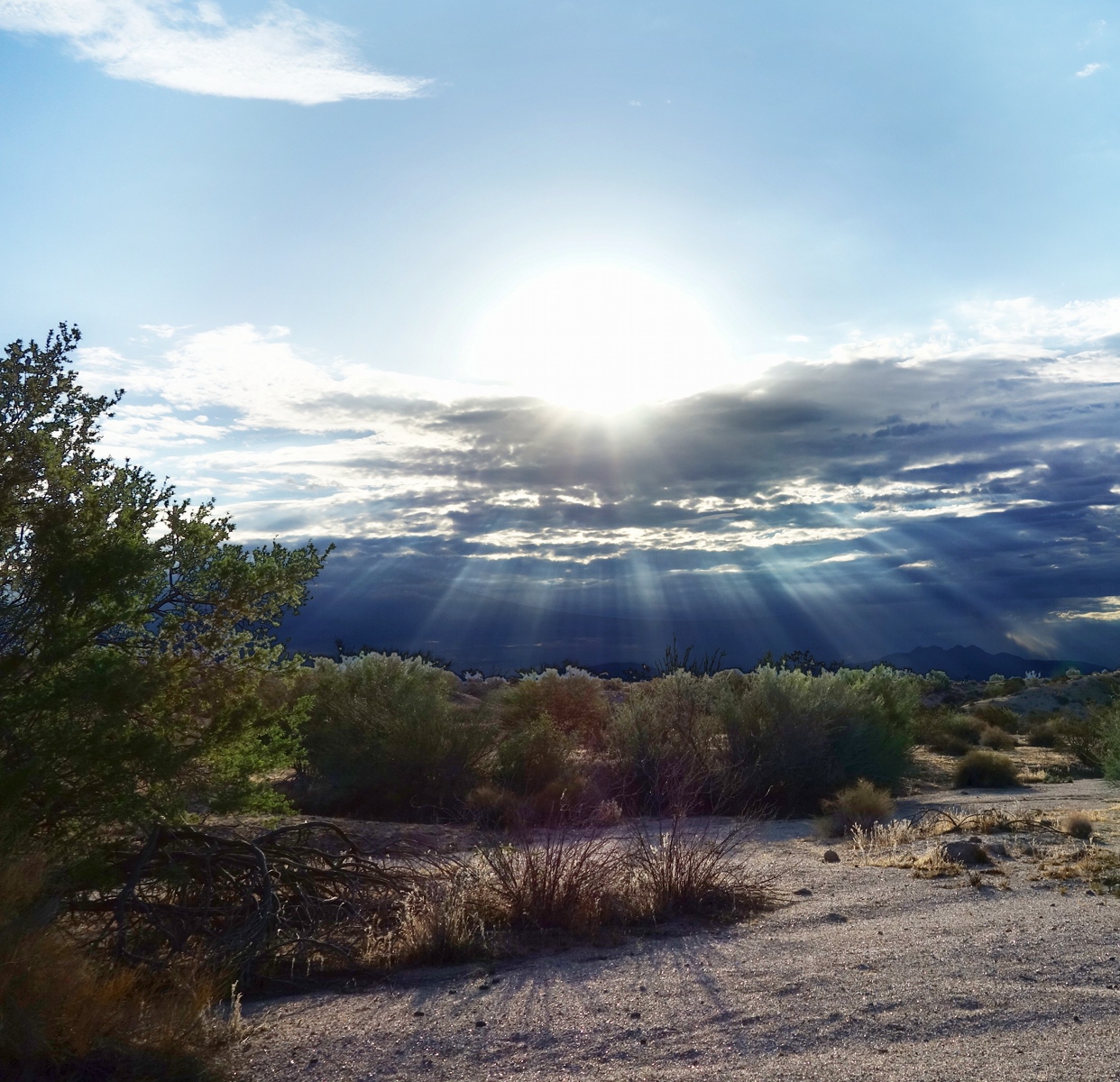 Four Peaks, after a Storm