I made another pass through some of Marilyn’s photos last night and found a few that I like of Bow Tie Arch and one of Corona Arch. 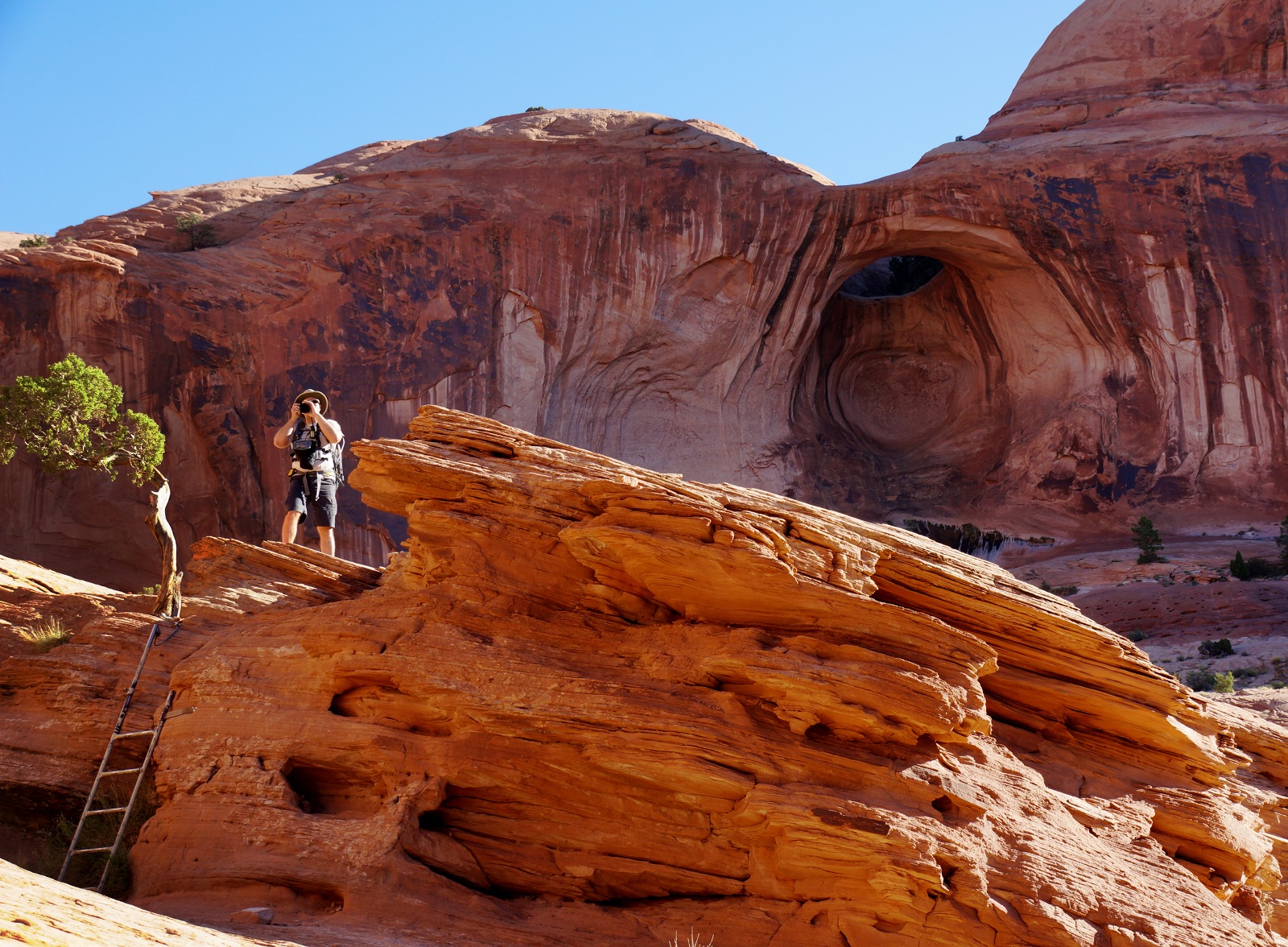 This photo of Bow Tie Arch was taken late in the day.  It shows more of the area than the rest of the photos.  Corona Arch does not appear in this photo, but is only a short ways off to the right.  When hiking out to Corona Arch, you pass in front of Bow Tie Arch, going from left to right in this photo.  One of the things that I immediately found interesting about the scene was the discoloration or perhaps growth (lichen, perhaps?) where the water runs down when it rains.  The dark streaks are either black or a deep blue depending upon how you view it. 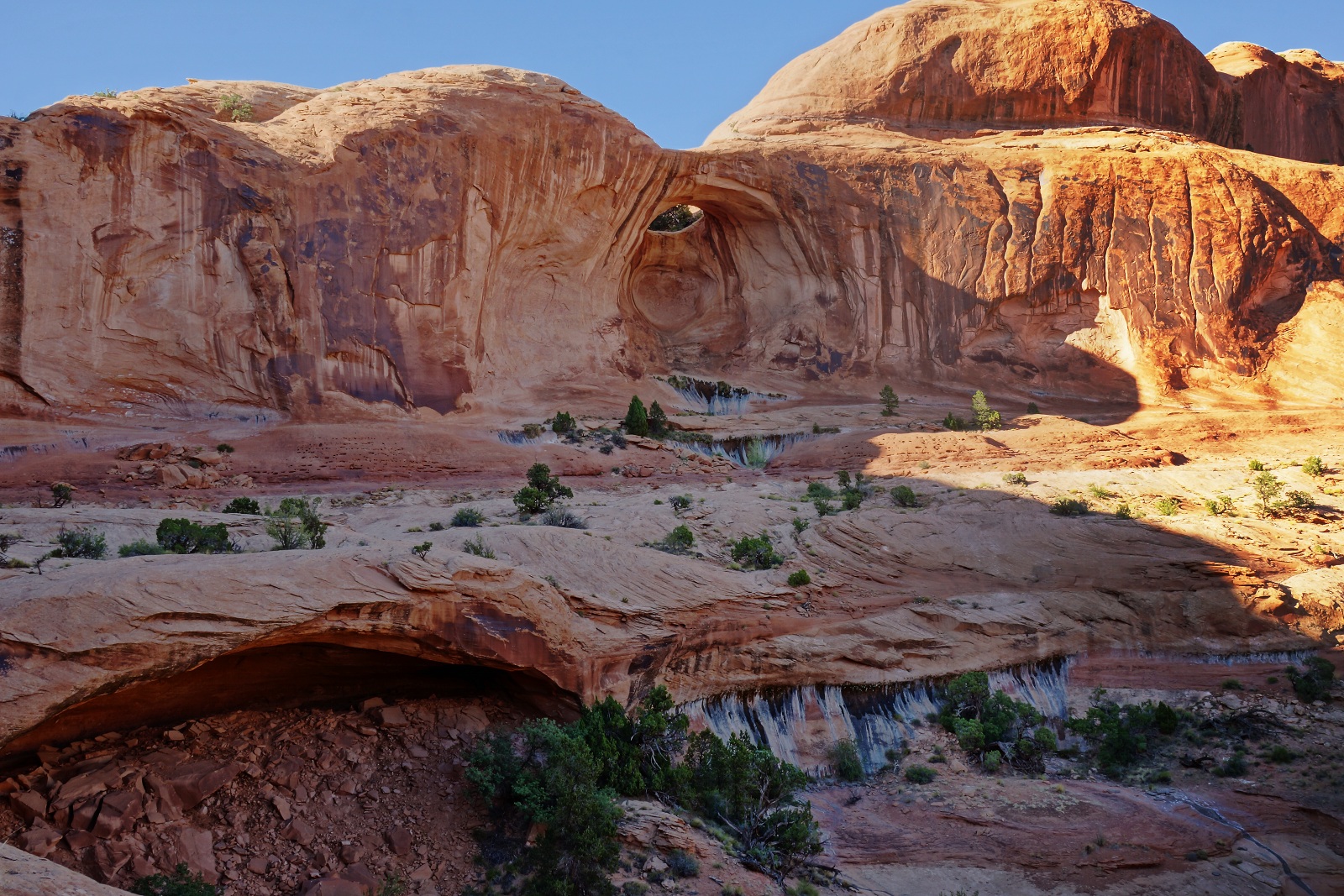 Here’s a closer look at Bow Tie Arch and two of the small dry waterfalls below it. 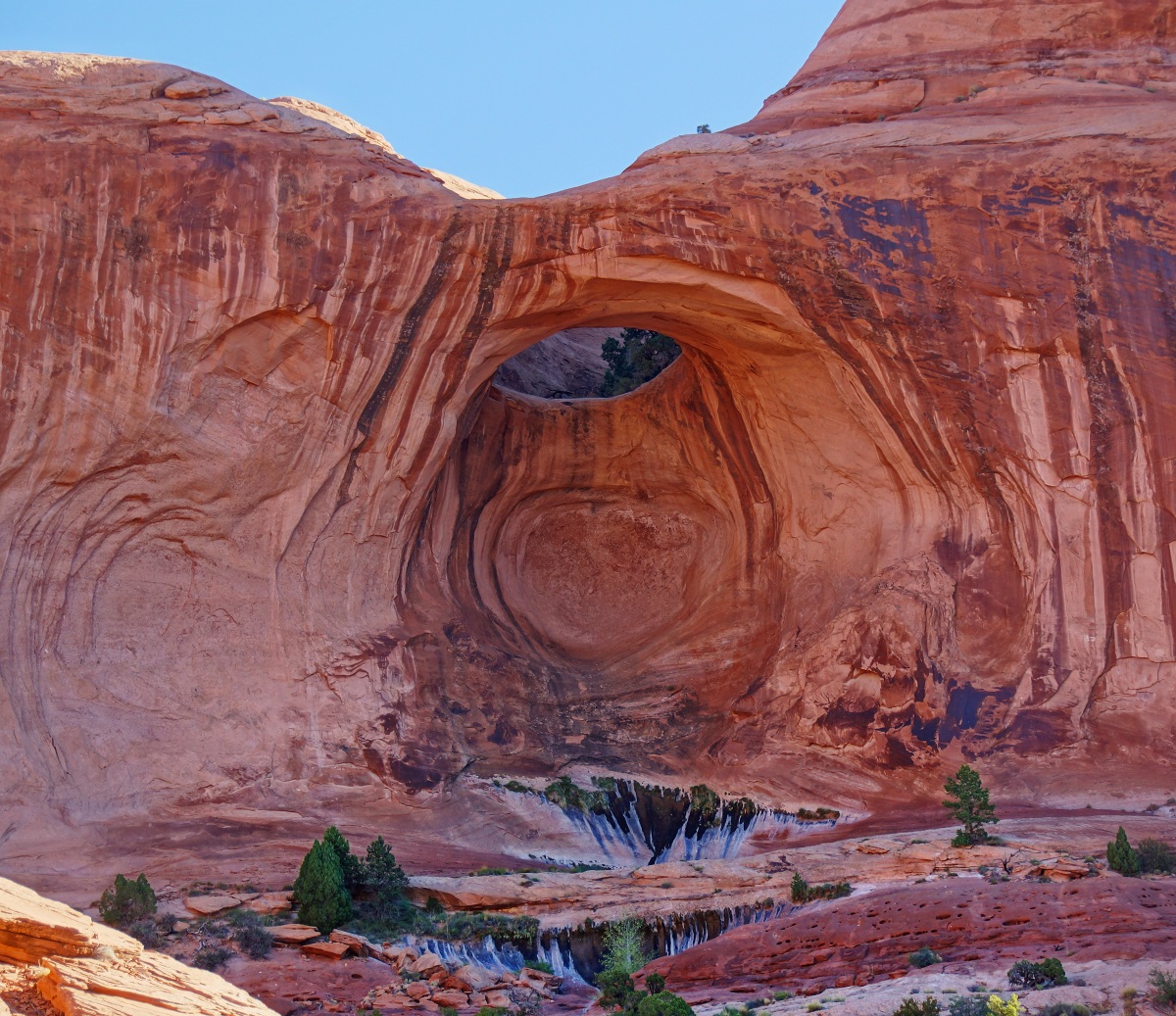 Finally, here’s a shot of Corona Arch.  What surprised me about this photo was how bright and golden the arch appeared even though the sun was on the other side.  We had gone back later in the day to get photos of the arch from this angle thinking that the photos would be better.  But this one was taken in the morning. 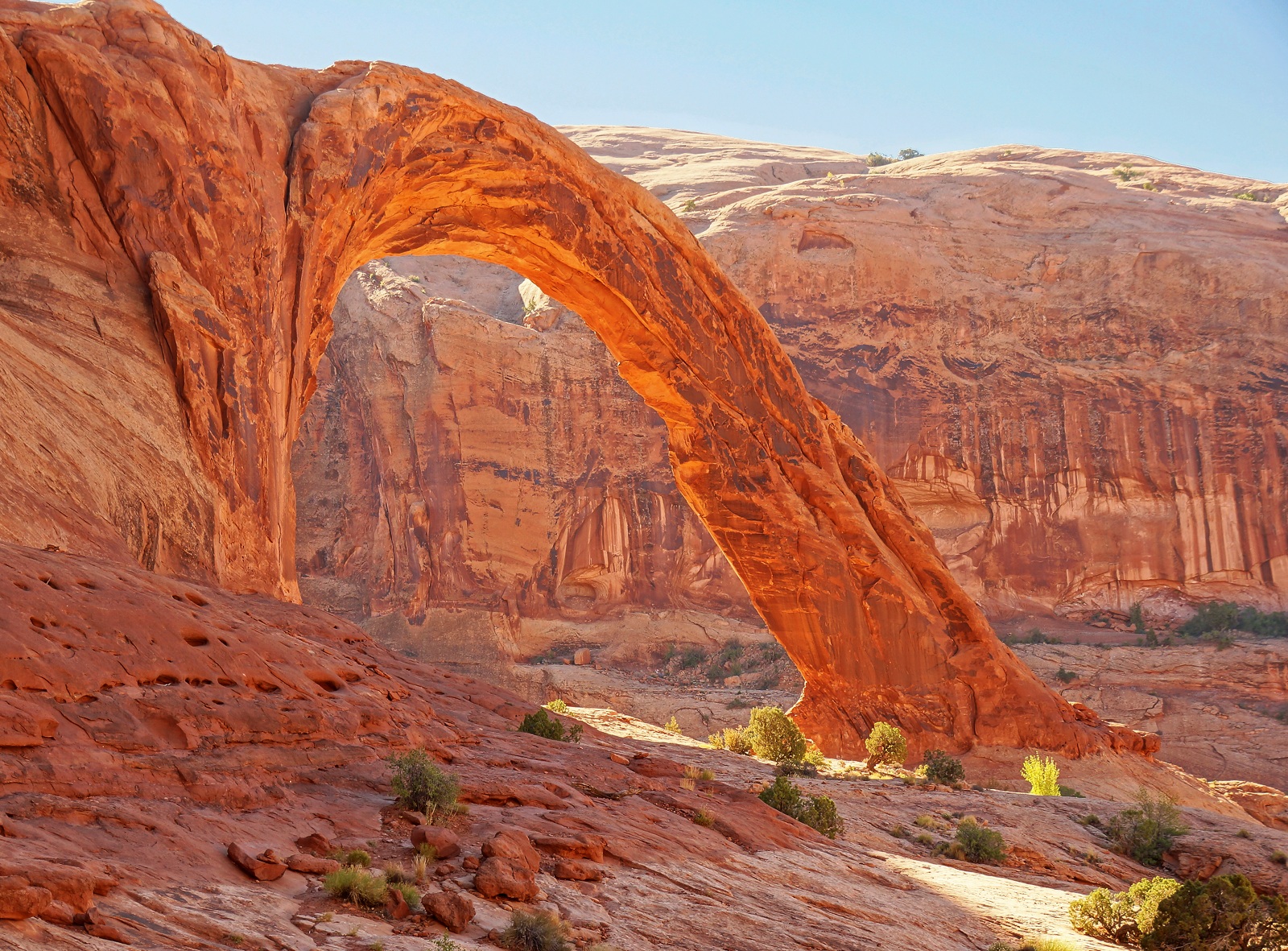 Marie, at the Piano