Colette has a new home!

Below is a photo of Colette, the last of the four kittens we were taking care of.  Colette’s siblings had been found homes about a week ago.  Yesterday, a nice lady with two young daughters came to look at Colette.  Colette was very playful, batting at the nose of one of the girls without using her claws.  They were delighted with Colette and took her home a short while later. 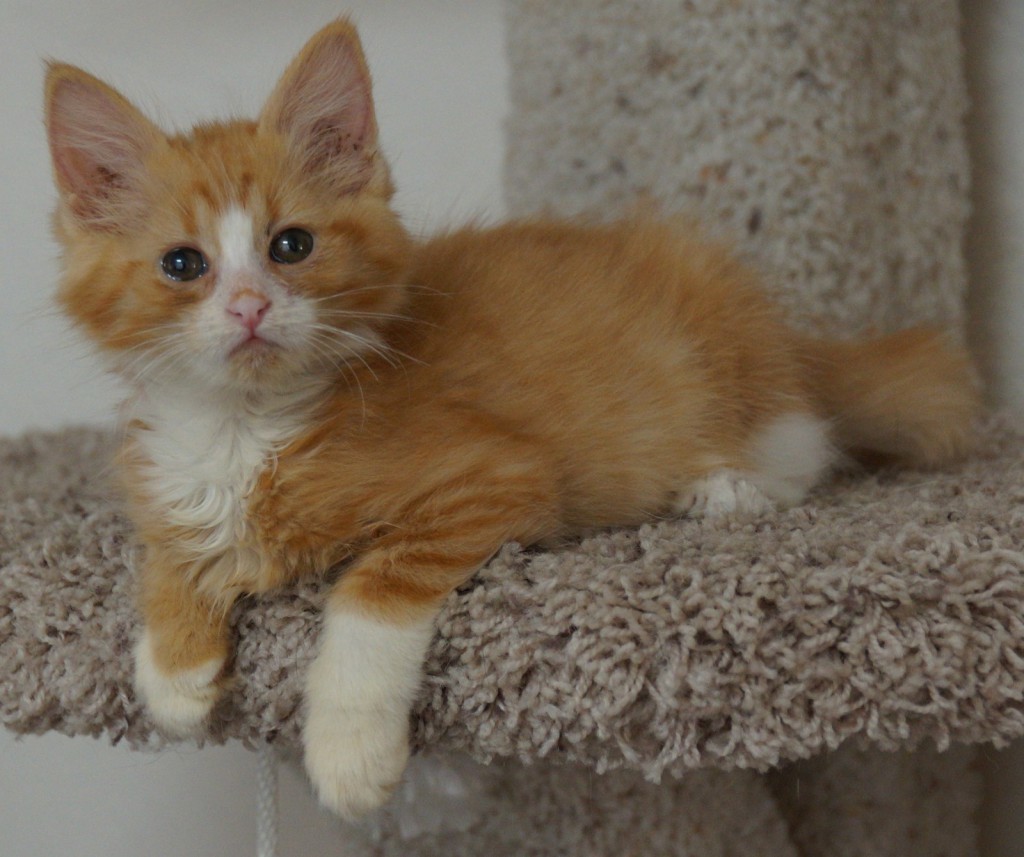 Below is a photo from about a week earlier, showing Colette with her siblings.  Colette is at the upper right in this photo. 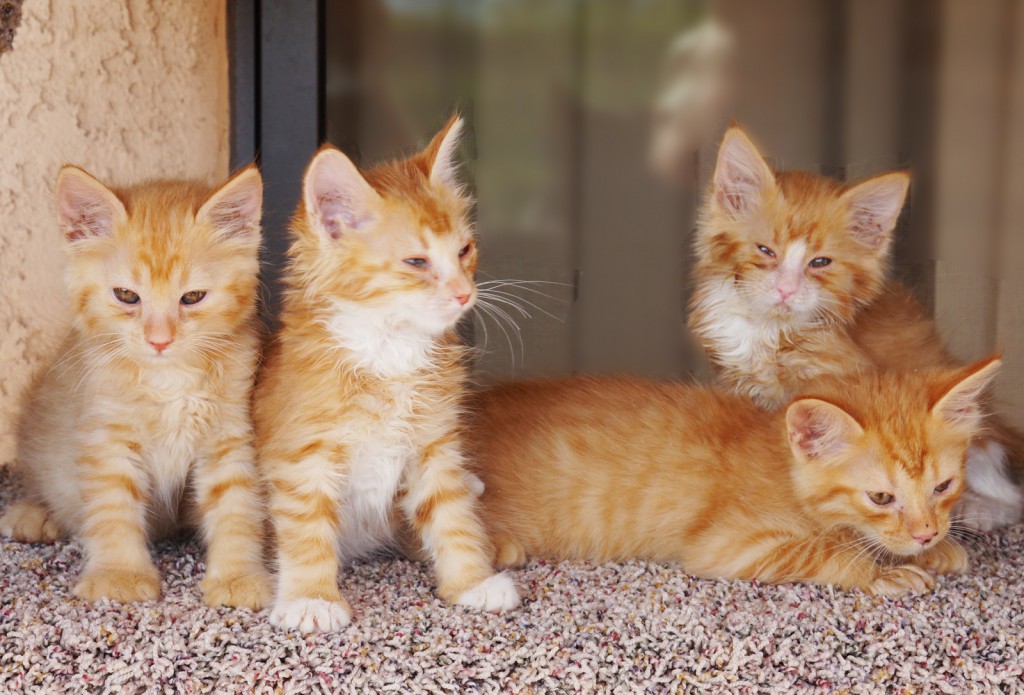 Colette and the rest of the litter came to us from our neighbor’s garage.  Their mom, Ginger, had disappeared after moving her litter to the garage.  The kittens had gotten very hungry and started mewing.  The neighbor’s dogs became alarmed and started barking.  Our neighbor knew of our fondness for cats and brought them to us.  We took care of them for several weeks, but eventually found them homes via ads in Craigslist and the local newspaper.

We were becoming fond of Colette and were kind of sad to see her go, but our other cats are much happier without her around.